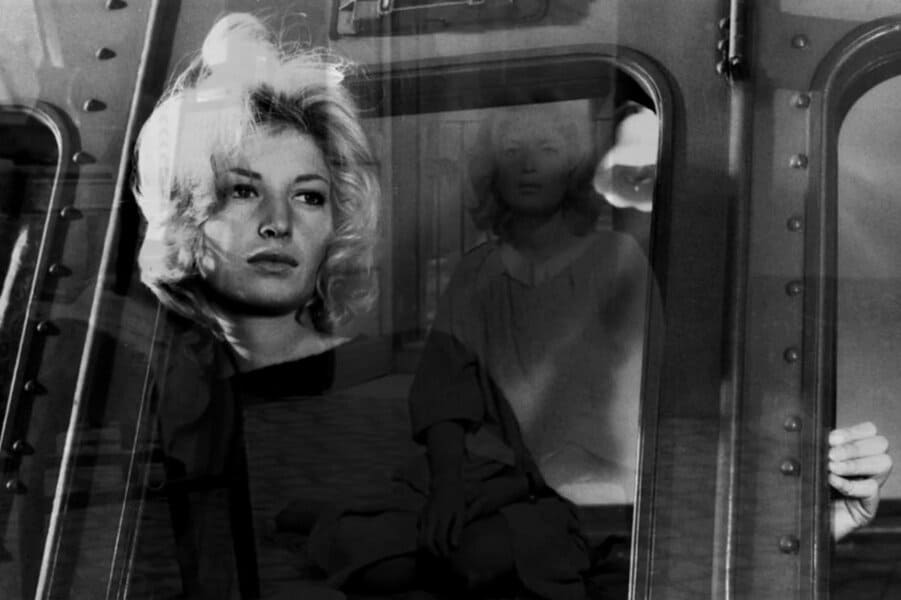 12 Greatest Italian Actresses of All Time

One of the founders of art cinema, Italy has a rich history when it comes to movie making. The country has been a leader in the European film industry and influenced many movements over the past century. Along with producing some of the greatest actors and directors, Italian actresses have made a splash across the world.

These incredible women combine beauty and brains, taking the audience’s breath away with their on-screen performances. Women like Sophia Loren helped highlight the Italian film industry and became big stars in their country of origin while also crossing over into the mainstream and becoming actresses loved worldwide.

Below is a look at some of the great Italian actresses who are well-regarded for their impact on cinema.

12 Greatest Italian Actresses of All Time 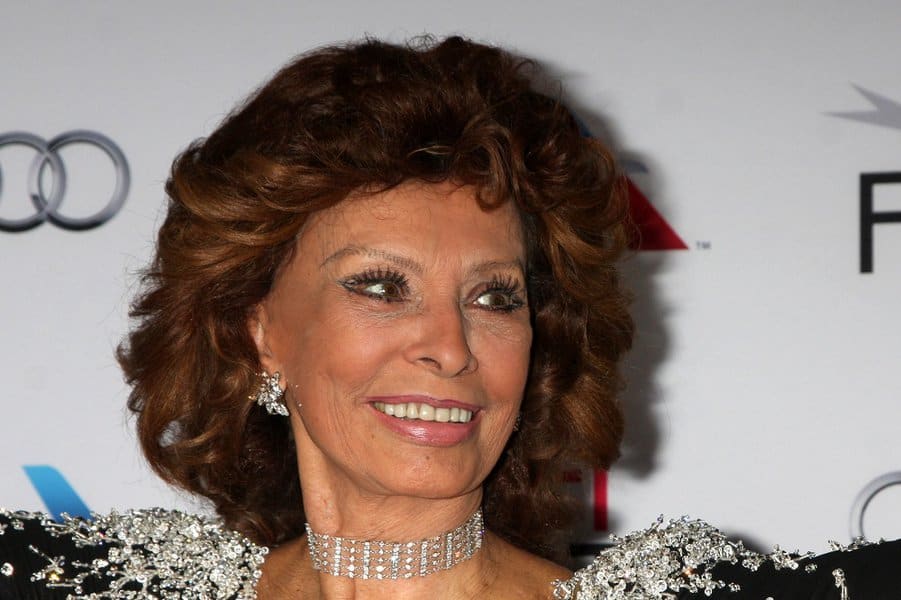 Arguably the most famous Italian actress in the world, Sophia Loren has been acting for over 70s years. Born in Rome, Loren entered the Miss Italia 1950 beauty pageant at age 15 and was crowned Miss Elegance. She was persuaded to give acting a go and enrolled in the film school Centro Sperimentale di Cinematografia, with her first role as an extra coming in the 1951 film Quo Vadis.

It didn’t take long for Loren to make an impression and she was soon starring in many Italian productions. Her career really took off when she signed a five-picture contract with Paramount Pictures in 1958. Movies like Desire Under the Elms and Houseboat with Carry Grant, who she would end up having an affair with, were big hits, but it was her Academy Award-winning performance in Two Women that confirmed Loren as one of the great actresses of that era.

While she has only worked sporadically over the past three decades, she has still made an impact in movies such as Grumpier Old Men, Nine, and 2020s award-winning The Life Ahead. A generational talent, the Italian bombshell is an acting icon. 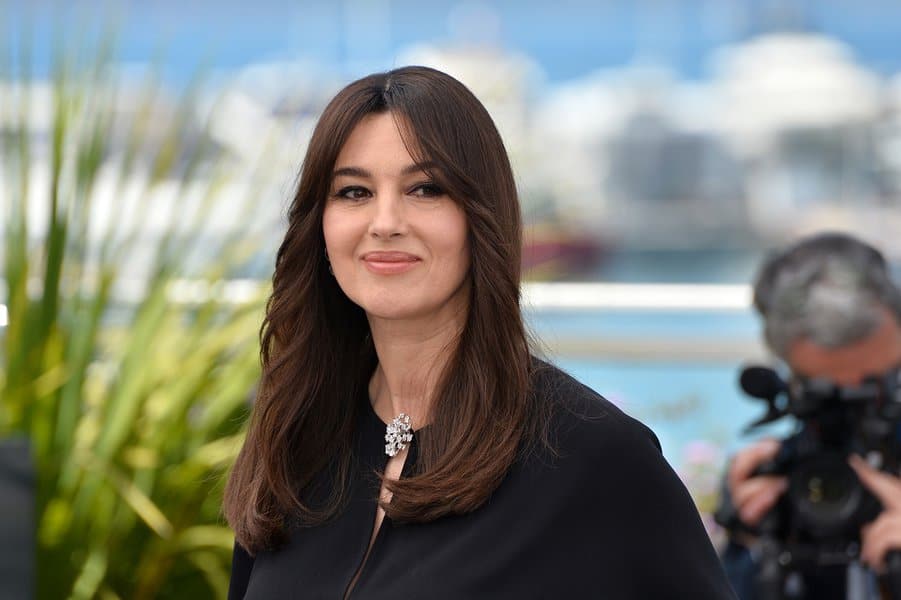 Few actresses have aged as well as Monica Bellucci. Although in her late 50s, she still looks as attractive as ever, and when combined with her superb. acting talent, it’s easy to see why she is a star. Starting her career as a model, it wasn’t long before Bellucci moved on to acting, scoring her first role in the hit Italian comedy La Riffa. Her second performance came in Bram Stoker’s Dracula where she played one of Dracula’s brides before the French flick The Apartment turned her into a household name in Europe.

Fluent in Italian, French, and English, Bellucci spent the 90s making both Italian and French films, with her role in Gasper Noé’s controversial rape drama Irréversible bringing her to the attention of American studios. Bellucci popped up in the two Matrix sequels, played Mary Magdalene in Mel Gibson’s epic The Passion of the Christ, and became the oldest Bond girl at age 51 when she appeared in Spectre. 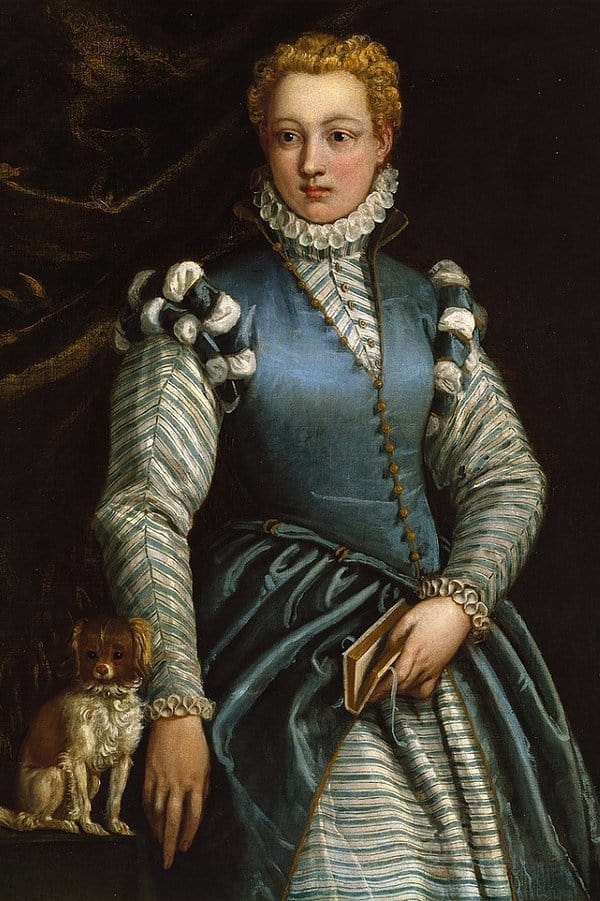 Although she wasn’t around when the film industry began, Isabella Andreoni is still considered one of Italy’s great actresses. She was a member of a touring theatre company that staged performances throughout Italy and France. Her impact on the theatre was so large that the character of Isabella, often appearing in commedia dell’arte (a type of early theatre), was named after her.

As well as performing on stage, where she entertained the likes of Henry IV and his wife Maria de Medici, Andreini was an accomplished writer, often addressing controversial issues in her players and essays. Sadly she passed away at 42 due to complications while giving birth to her eighth child, but her legacy lives on. 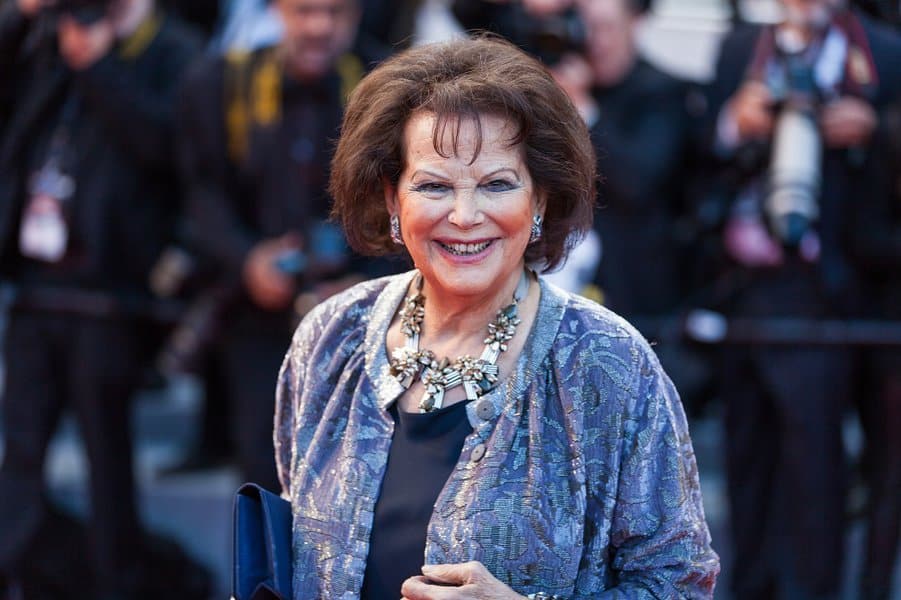 Modeling or beauty pageants seem to be the best way to get a start in the Italian film industry. Claudia Cardinale was crowned “Most Beautiful Italian Girl in Tunisia” in 1957 and quickly scored a small role in the movie Goha. This led to lots of work for Cardinal in the 60s, both in Italy (Rocco and His Brothers, Girl with a Suitcase, and Federico Fellini’s 8½) and America (Blindfold, To Hell with Heroes, Once Upon a Time in the West, and Pink Panther).

Becoming a big star in Hollywood didn’t appeal to Cardinal, who decided to leave Tinseltown and move back to Europe in the 70s. She has continued to work extensively, both in Italian and French movies and on television, with her most recent role coming in 2020s The Island of Forgiveness. 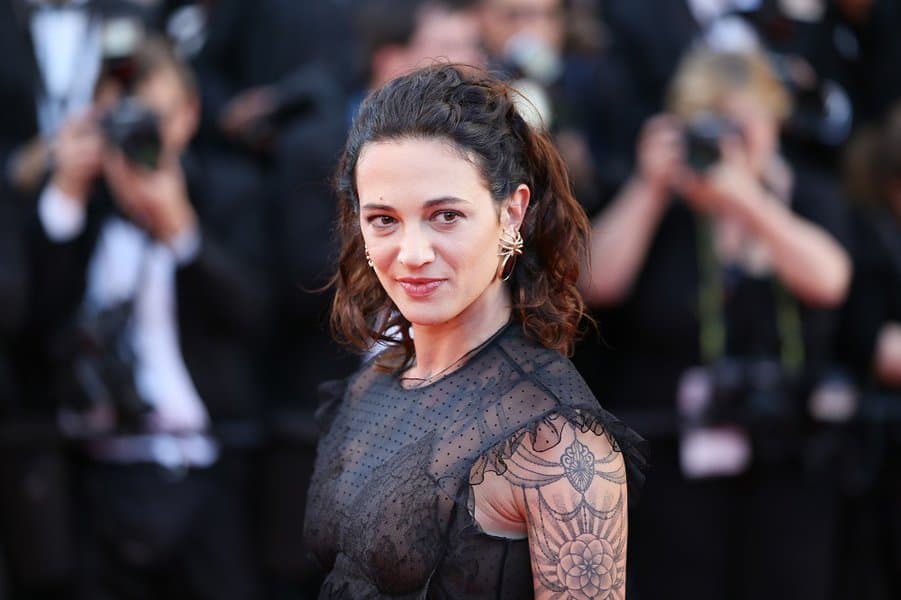 Along with acting, Argento has also directed several movies and appeared in ten music videos, most notably Placebo’s “This Picture.” She’s also courted controversy for her outspoken statements against Harvey Weinstein while also being accused of sexual assault herself. Despite all this, Argento continues to be a large presence in the Italian film industry.

She made many dramas with Michelangelo Antonioni during the 60s before finding another muse in Mario Monicelli, going on to star in several hit comedies. Her success continued throughout the 70s and 80s before she retired from film in 1990, only appearing in television roles. She made her last public appearance in 2002 and passed away two decades later in 2020 after suffering from Alzheimer’s disease for ten years. 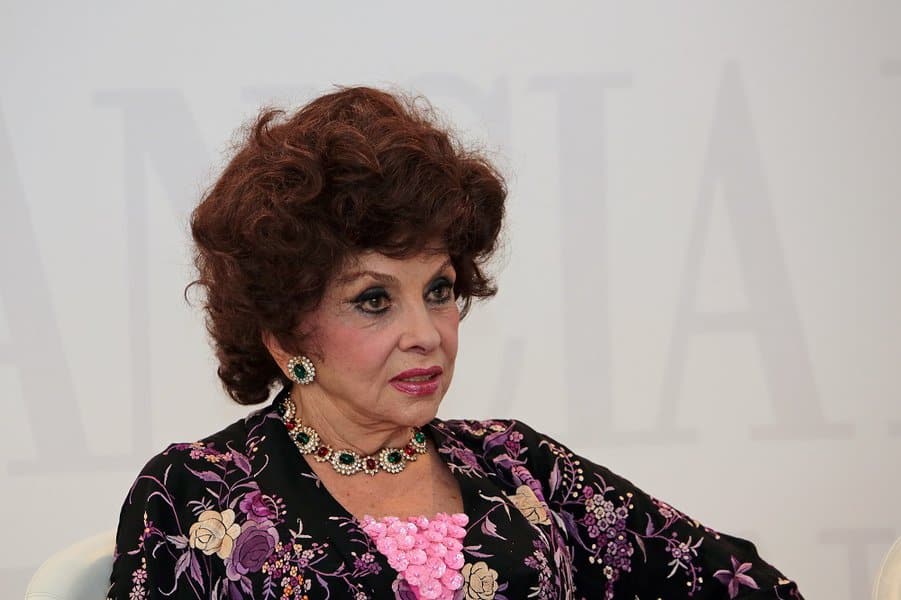 Considered an international sex symbol during her heyday, Gina Lollobrigida was a big star in the 60s and 70s. One of the few actresses from the Golden Age of Hollywood era still alive (she’s 95), Lollobrigida starred in Italian, French, and American productions. She appeared alongside some of Hollywood’s greats, including Errol Flynn in Crossed Swords, Tony Curtis in The Hunchback of Notre Dame, Rock Hudson in Come September, and Sean Connery in Woman of Straw.

Lollobrigida changed career in the 70s, becoming a successful photojournalist, even scoring an exclusive interview with Fidel Castro. She continues to act occasionally, but her last major performance came in the 2011 Italian comedy Box Office 3D: The Filmest of Films. 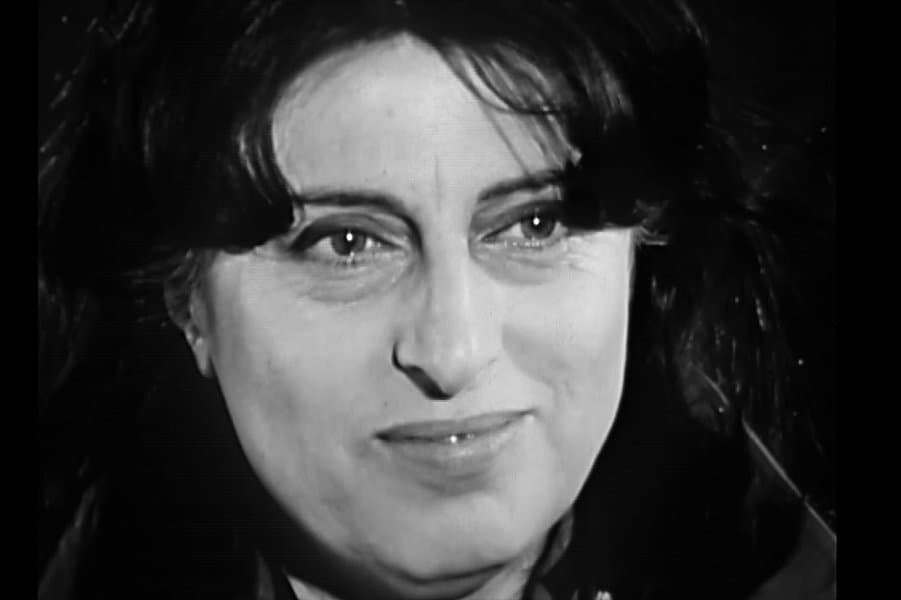 When the great Italian director Roberto Rossellini calls you “the greatest acting genius since Eleonora Duse,” you know you are doing something right. Anna Magnani was a favorite of many during her 40+ years in the movie business. Her performances were often labeled firey and passionate, with Magnani really committing to her work as an actress.

Magnani’s first role came in The Blond Woman of Sorrento before she helped push the Italian neorealism movement with the movie Rome, Open City. Some of her other notable roles came in the movies L’Amore, Bellissima, and The Fugitive Kind, with Magnani the first Italian and first non-Engilsh speaking woman to win the Academy Award for Best Actress for her role in Tennessee Williams’s The Rose Tattoo.

She passed away in 1973 from pancreatic cancer, less than a year after the release of what turned out to be her last film, Roma. 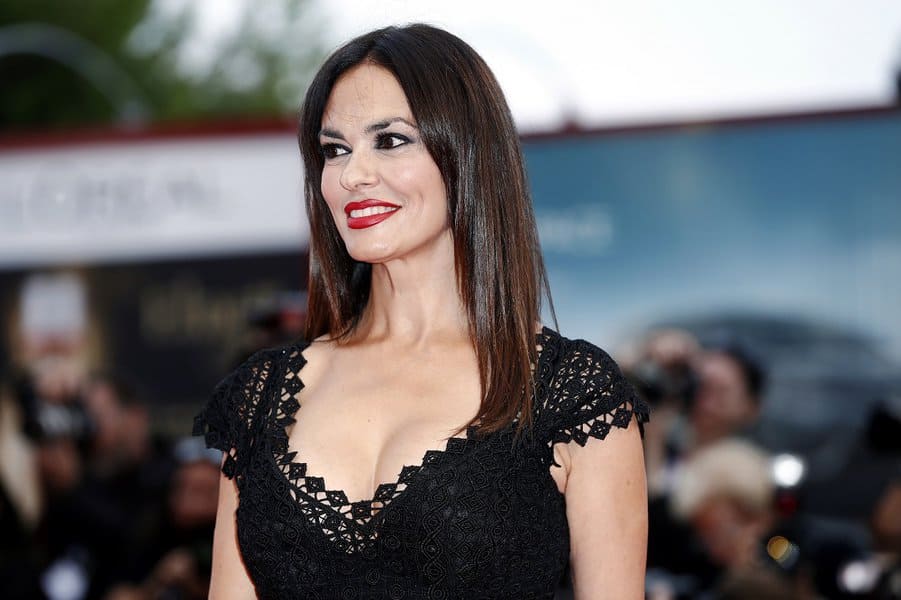 A beautiful actress hailing from Messina, Italy, Maria Grazia Cucinotta has been a working actress for over three decades. Not only is she an actress, appearing in both movies and TV shows, but Cucinotta is a producer, screenwriter, and occasional model.

Her first role was in the 1990 Italian comedy Vacanze di Natale ’90. Since then her career has taken several interesting routes, with Cucinotta appearing as a Bond girl in The World Is Not Enough, popping up in The Sopranos and The Simpsons, and starring alongside Anthony Hopkins in the horror The Rite. She continues to work frequently, mainly in Italian productions with the occasional foray into American cinema. 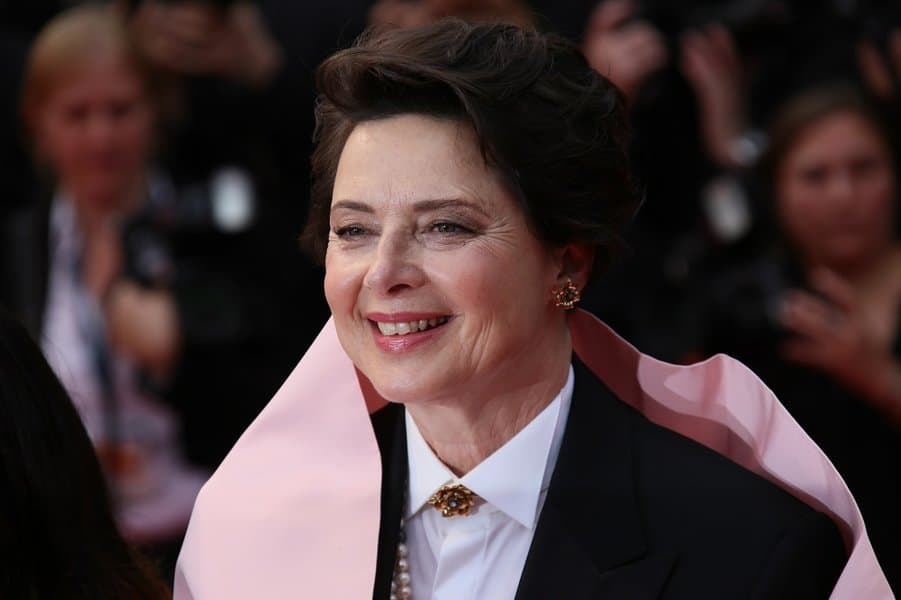 The daughter of Italian film director Roberto Rossellini and Swedish actress Ingrid Bergman, Isabella Rossellini has done a lot. She worked as a reporter for RIA (Radiotelevisione Italiana) during her early 20s before findings success as a model. With her film pedigree, it wasn’t long before Rossellini entered the world of acting, with some of her best performances coming in Blue Velvet, Death Becomes Her, and Infamous.

As well as acting, Rossellini has written three books, performed in several Off-Broadway shows, and been involved with activism, especially regarding conservation. 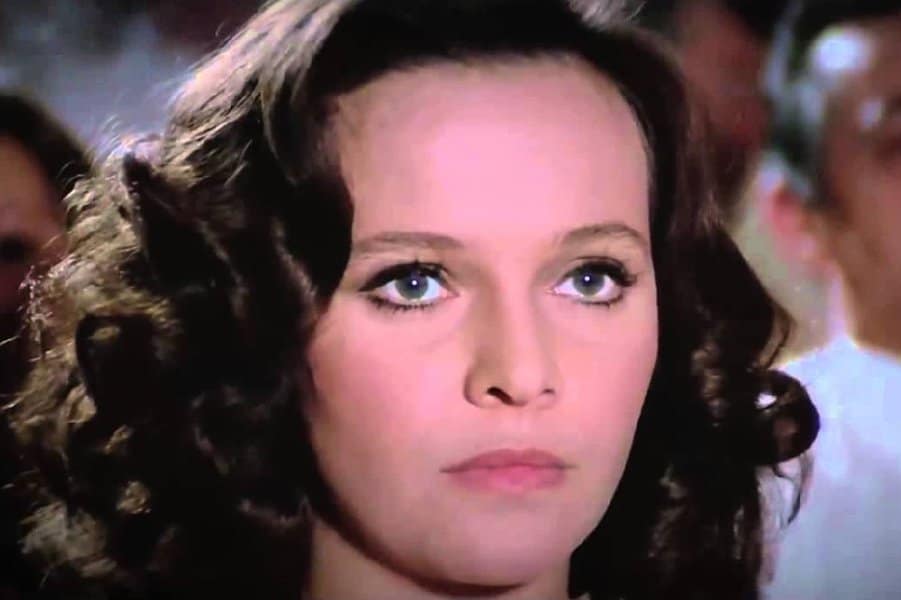 Antonelli worked consistently throughout the 60s, 70s, and 80s in both dramas and comedies. But her career came crashing down in 1991 when she was convicted of possession and dealing of cocaine. She spent the next decade fighting the charges, eventually having them overturned, but by then her career in film was over. She never appeared in another film and passed away from a heart attack in 2015 at the age of 75. 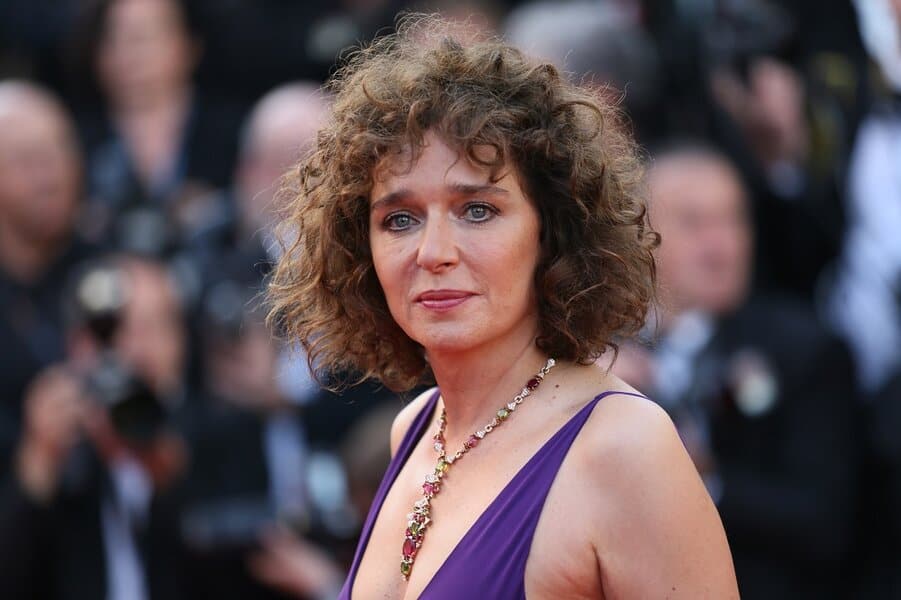 Naples actress Valeria Golino wanted to be a cardiologist before becoming a model at age 14 and traveling the world. She dropped out of school and only got into acting after her being cast in Lina Wertmüller’s A Joke of Destiny through a friend of her uncle’s. Enjoying the experience, Golino quit modeling and focused on acting, quickly becoming a favorite on the indie scene.

She moved to America in the mid-80s and had a string of successful movies, including Big Top Pee-wee, Rain Man, and hit comedies Hot Shots! and Hot Shots! Part Deux. Having missed out on the lead roles in Pretty Woman and Flatliners, Golino’s career stalled throughout the 90s. While she continues to act in both American and Italian movies, they are mainly smaller independent productions.