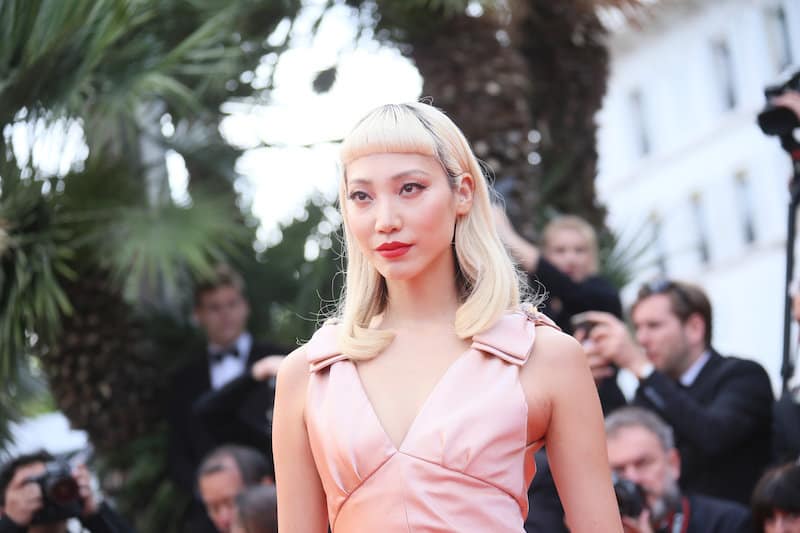 Gone are the days of famous models only being white women. We now live in a more accepting and diverse society where people from all walks of life can attain success on the catwalk. While most models still come from Europe and America, Korea has also become a hotbed of talent this last decade. Korean models are some of the most famous and sought after in the world.

With K-Pop becoming more widely recognized, Korean dramas rating well on Netflix, and Seoul Fashion Week a major event on the fashion calendar, Korean models are making the most of being in the spotlight.

To celebrate these beautiful women, we have collected together 15 of the best Korean models you need to know about.

Arguably the most famous Korean model currently strutting her stuff, Park Soo Joo is a Korean-born American who has been in the limelight for over a decade. Immigrating to California as a child, Soo Joo has a degree in architecture but decided to pursue a career in modeling.

Discovered while shopping in a vintage store, Soo Joo’s first modeling gig was as part of an advertising campaign for BCBG Max Azria. She has gone on to model for brands such as Chanel, Vivienne Westwood, Fendi, and Rick Owns. She’s also starred in campaigns for Michael Kors, Tom Ford, and DKNY, and appeared in magazines such as Dazed, Vogue, and V Magazine.

As well as being the first Asian-American woman to be a L’Oreal spokesmodel, Soo Joo has branched out in the world of music and film. She is a DJ, singer, and TV star, having appeared in the Netflix series Sense8.

HoYeon Jung, also known as Jung Ho-Yeon, is a freelance model who has had great success over the past ten years. She was part of Seoul Fashion Week for two years running before becoming a breakout star after featuring on the fourth season of Korea’s Next Top Model.

Though she only finished second, HoYeon Jung has made a successful career out of her appearance on the show. Part of this was also due to her striking red hair, with many publications referring to her as the “red-haired Asian.”

The global ambassador for Louis Vuitton wanted to do more than model so she took up acting. She has had tremendous success on camera, with her debut role in surprise Netflix hit Squid Games turning her into a global phenomenon. This has boosted her social media platform massively, with HoYeon Jung having 23.2 million followers on Instagram, making her one of the top Korean models.

After winning the third season of Korea’s Next Top Model, Choi Sora’s profile grew rapidly. The South Korean model worked predominantly in her home country before stepping onto the world stage with Louis Vuitton. She has gone on to feature in over 70 international advertising campaigns for the likes of including Alexander McQueen, Saint Laurent, Marc Jacobs, Prada, Tom Ford, Dior, and Bottega Veneta.

Choi Sora has also appeared in the pages of Vogue, Interview, Dazed, and Harper’s Bazaar. She is much loved and respected by Korea and was awarded the Korean Popular Culture and Arts Award for those who have “made a contribution to contemporary pop culture and the arts.”

Lee Sung Kyung is the triple threat. She’s a successful model, singer, and actress. The Korean female model first got into the business by entering a local Super Model Contest in 2008. Since then she has modeled for numerous brands but has found more fame as a singer and actress.

She has released several charting singles, appeared in numerous music video clips, and starred in a slew of successful Korean TV shows. She received great praise for roles in The Doctors and Shitting Stars, and with over 14.4 million Instagram followers, can rightly be described as a social media influencer.

Known as Kang Seung-Hyun to her parents, Hyoni Kang is the first Asian model to win modeling company Ford’s “Model of the World” title. She did so in 2008 at just 19 years of age. Kang has had an extremely successful journey, modeling for all the big brands and appearing on countless magazine covers.

As well as modeling, Kang operates her own vintage fashion line, Reborn Process, has collaborated with South Korean brand Love Cat, and hosted the fashion TV series Get It Style.

As part of the older generation of Korean models, Jang Yoon Ju has done a lot more than just model, pursuing many different areas of the entertainment world. Although she’s now in her 40s, she continues to be a main attraction.

Jang Yoon Ju started modeling at 17 in 1997 and has strutted the catwalks from Milan to New York. She is the host of Korea’s Next Top Model, has released two albums (Dream and I’m Fine), co-written a book about the modeling world with peers Kim Jae-Wook, Ji Hyun-Jung, Han Hye-Jin, and Song Kyung-Ah, and appeared in Money Heist: Korea – Joint Economic Area.

One of the few male models to appear on this list, Sang Woo Kim is a British Korean model also known for his incredible artwork. The model and visual artist is represented by Success Male Models Agency. Unlike many, he turned to modeling as a way to fund his art career.

Sang Woo Kim has walked the runway for Burberry and starred in major campaigns for DKNY, Diesel, and Dolce and Gabbana. While he still models, his main priority is his art, much of which is inspired by politics.

A former professional dancer, Kim Sung Hee was discovered while shopping. She appeared on the Korean reality show I Am A Model and signed with Esteem Models, one of the premier modeling agencies in South Korea, not long after.

She is the first Asian to model for a Miu Miu and has represented many major brands including, Prada.

While her social media presence is still small, Kim Sung Hee is on the fast track to success.

Part of the new breed of Korean models, Park Ji Hye is fast making a name for herself around the world. While there isn’t a lot of information about her online, Park Ji Hye is building a very impressive resume, having featured in Vogue, Elle UK, Harper’s Bazar Korea, and Marie Claire Korea. She has also walked shows for Alexander McQueen, Ralph Lauren, Dior, Elie Saab, and Chloe.

While still in the infancy of her modeling career, Park Ji Hye has a bright future ahead of her.

Getting noticed after entering a modeling competition in 2009 (although she didn’t win), Kwak Ji Young has managed to make it big on the fashion catwalks of the world. She’s appeared in all the big shows in New York, Paris, Milan, and London, including New York Fashion Week.

Kwak Ji Young has modeled for the likes of  Chanel, Galliano, Ralph Lauren, and Vivienne Westwood. Her biggest moment came in 2015 when she was awarded the Model Star Award at the 2015 Asia Model Awards.

This beauty is another of the new breed of Korean models making waves around the world. Yoon Young Bae (also known as Bae Yoon Young) is only in her early 20s but has already represented some of the biggest and best brands in the world.

Yoon Young Bae is also behind jeans brand Baes and continues to conquer the world one catwalk at a time.

American-born Korean model Irene Kim is another incredible female talent who has tried many different things in the entertainment business. Her first show was on the runway for Jardin de Chouette and SJYP in 2012. She has gone on to wear the clothes for high fashion brands such as Ferragamo, Calvin Klein, and Chanel.

As well as making it big in the world of fashion, Irene Kim is also a TV personality. She was the co-host of K-Style, a series about Korean culture, as well as a co-host of several shows created by Korean network CJ E&M. She also has her own brand, IRENEISGOOD LABEL, and over 2.5 million followers on Instagram.

Beginning her career as a model, Esom (Lee So Young) is also an established actress. She is one of the few Korean models to transition successfully from the catwalk to the big screen.

Her leading role in hit 2014 film Scarlet Innocence led to her winning Best New Actress at the Director’s Cut Awards.

She has gone on to star in a wide range of media, including TV shows The Third Charm and Taxi Driver, along with films Samjin Company English Class, Microhabitat, and Inseparable Bros.

Although on the smaller side when it comes to models, Jin Jeong Seon is another talented Korean model getting it done. The winner of Korea’s Next Top Model season two, Jin Jeong Seon has modeled for lots of different brands and is the face of Pushbutton, a high-end streetwear label.

Graduating from Sungkyunkwan University in 2015 with a degree in acting, Choi A Ra has dabbled in both acting and modeling over the previous decade. As part of the Aile Model Company roster, Choi A Ra has been involved with campaigns for Louis Vuitton, Marc by Marc Jacobs, DKNY, and many more.

She made her acting debut in the drama Age of Youth 2 and continues to be one of the most in-demand Korean models in the world.