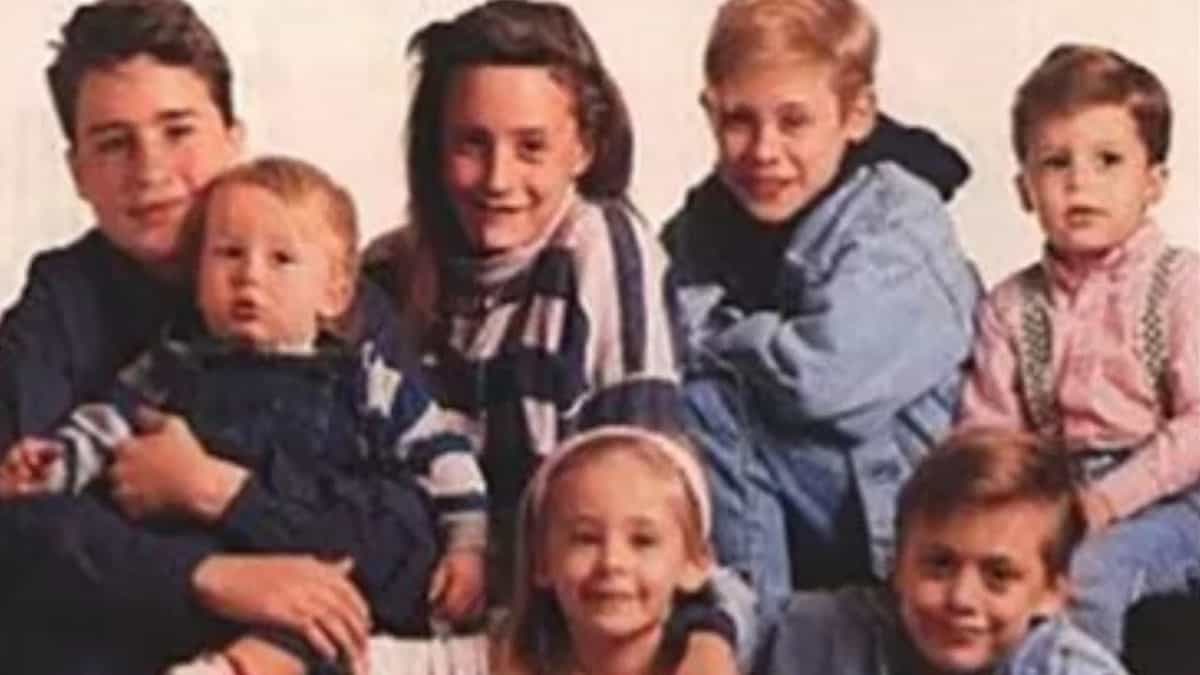 Macaulay Culkin Siblings: Where Are They Now?

It’s hard to believe Macaulay Culkin has been in the spotlight for over 35 years. The actor and musician got his start as a four-year-old doing commercials before going on to star in some of the biggest flicks of the 80s. While his career has had many ups and downs, he is currently experiencing somewhat of a renaissance. But it’s not just Macaulay who made it as a star. A number of the Culkin siblings have had success in the movie industry.

It might surprise you to know there are seven siblings in the Culkin family. The Macaulay Culin siblings consist of Shane, Dakota, Kieran, Quinn, Christian, and Rory. While not all Hollywood stars, many of the Culkin family have entered the entertainment business.

Born to parents Kit Culkin and Patricia Brentrup, the siblings grew up in New York. They lived in a small one-bedroom apartment and struggled financially. Kit was a Catholic Church sacristan and Patricia worked as a telephone operator. For good or bad, Kit forced his older children to act, most likely hoping one of them would make it big and provide a better lifestyle for the family.

While not all the kids pursued acting, those that did have had careers of varying success. Here is a look at the Macaulay Calkun siblings (including Macaulay himself) and where they are today. 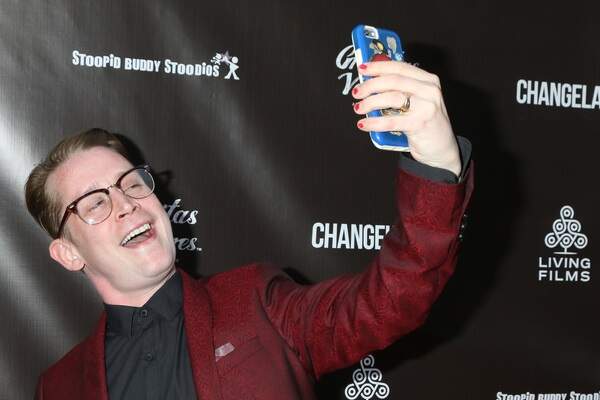 We start off with the most famous of the Culkin siblings, Macaulay. Appearing in several TV series and commercials during the 80s, Macaulay’s debut film role was in the 1988 drama Rocket Gibraltar. This led to the child actor featuring in the romantic comedy See You in the Morning and John Candy classic Uncle Buck. But it was the 1990 smash Home Alone that propelled Macaulay into rarified air. His portrayal of Kevin McCallister was one for the ages. He went on to feature in eight films from 1990-1994 and became one of the biggest stars in the world. It was rumored he was paid $1 million for My Girl, which was unheard of at that time. If that’s not eye-opening enough, Macaulay also made $4.5 million for Home Alone 2: Lost in New York.

But the acting life took its toll and Macaulay retired in 1994 for a more normal life. He kept a low profile during that time before finally getting back in the acting game in 2000. He performed in London’s West End and made several cameos in TV shows and movies, including Will & Grace. Macaulay also begin appearing in music videos and released a viral video of him eating pizza to promote his own band, The Pizza Underground. He’s also become a regular guest on many of the RedLetterMedia shows and had a prominent role in American Horror Story: Double Feature.

As well as his career resurgence, Macaulay recently became a father. He and his partner Brenda Song reside in Paris where it is much easier for Macaulay to go unnoticed. 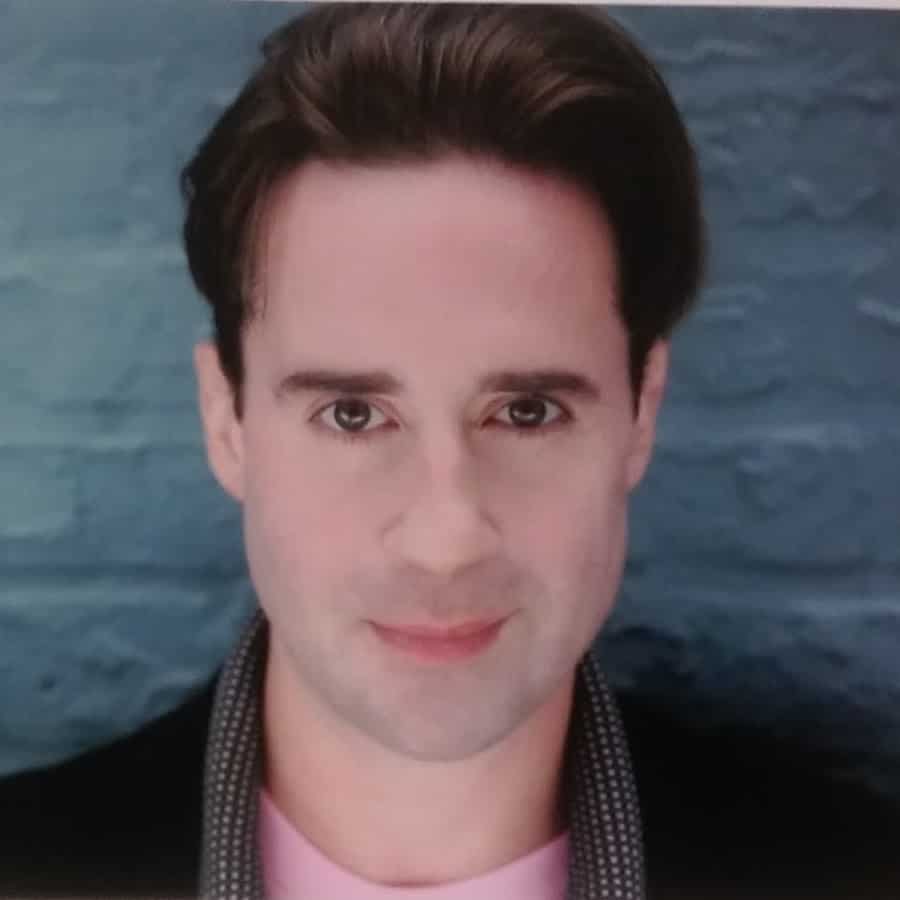 The oldest of the Culkin siblings was also forced into acting by his father. But unlike Macaulay, Shane never had the acting bug, although he did star in a live production of Our Town on Broadway. Besides that, there isn’t a great deal known about Shane. He was rumored to have worked as a barista, bartender, and porter, as well as an organ installer. Other sources say he has been employed at the Board of Elections in the City of New York as a poll inspector-scanner. 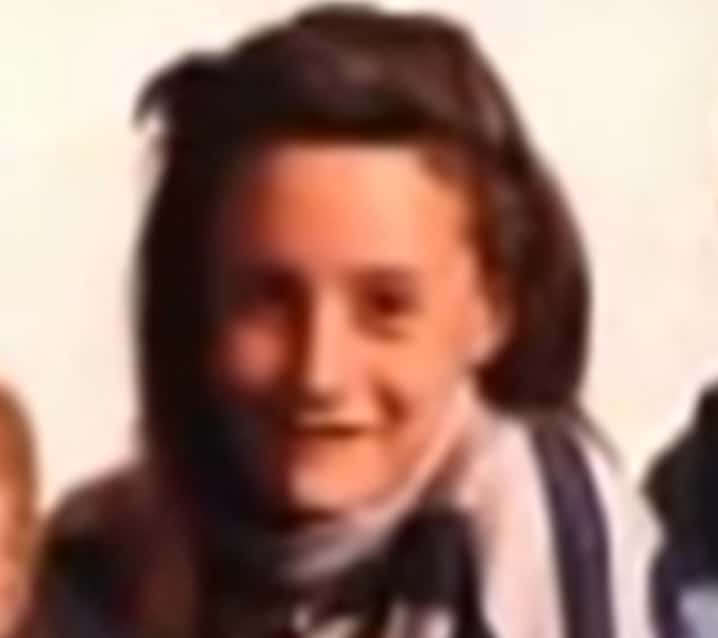 Just like her brother Shane, Dakota Culkin kept away from the spotlight. So much so that the image above was one of the few pictures taken of her. She chose to live a life away from prying eyes. While she wasn’t keen on acting, she did want to get into the production side of things. Moving to Los Angeles to pursue her dream, Dakota’s life was tragically cut short when she was hit by a car while walking. Dakota was only 29-years-old at the time of her death. Macaulay, who was extremely close to his sister, revealed he had talked to her only hours before she passed.

“She had a roommate at the time,” Macaulay Culkin told Esquire. “She [called and] said, ‘We just watched Party Monster, and we wanted to compliment you.’ She said, ‘I want you to stay focused and enthused.’ I was like, ‘Thanks. You too. Go to sleep.’ And then she went out to go get some Gatorade and cigarettes, and she got hit by a car.” 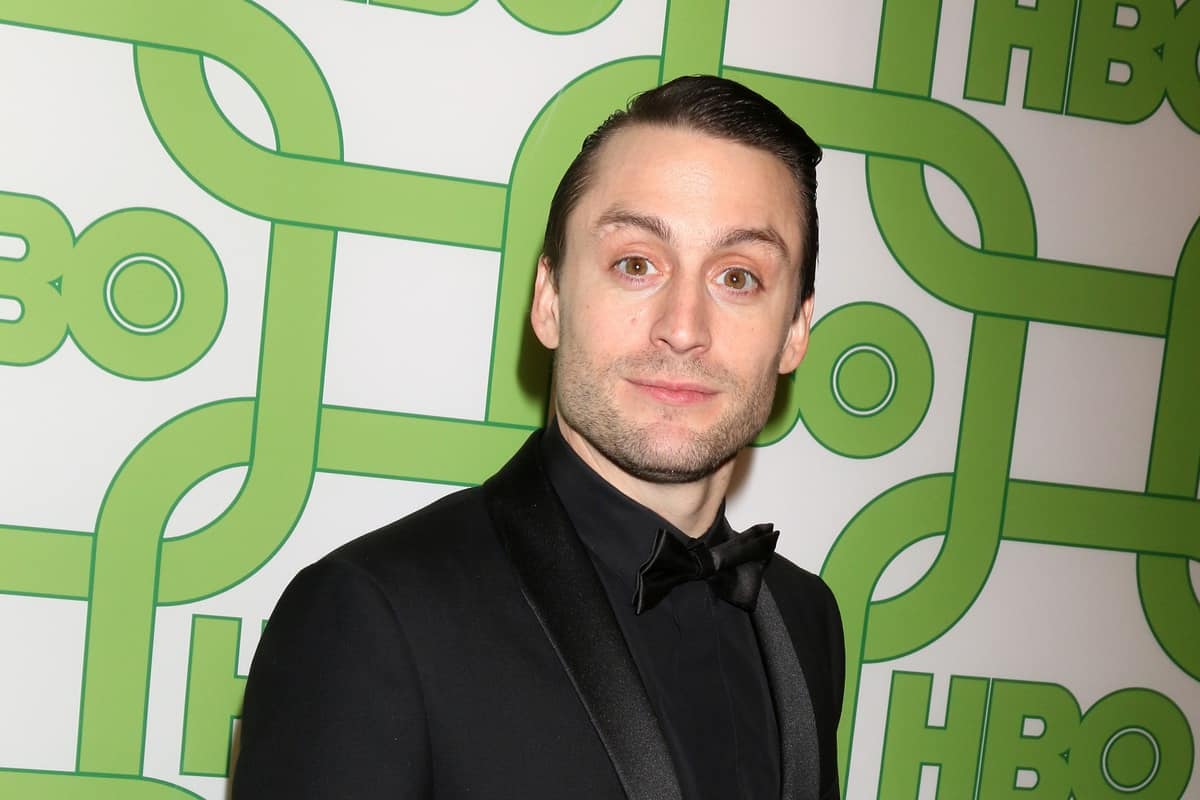 Macaulay’s younger brother Kieran followed him into the business. His first role was as one of the McCallister kids in Home Alone. He reprised his role in Home Alone 2: Lost in New York and also appeared in popular comedy films Father of the Bride and Father of the Bride: Part II. When his 20s arrived, Kieran’s career trajectory changed slightly, with the American taking roles in independent films, such as The Cider House Rules, The Dangerous Lives of Altar Boys, and Scott Pilgrim vs. The World. He also got nominated for a variety of awards for his standout performance in Igby Goes Down.

While he has continued to act in a variety of different movies and TV shows, as well as perform in the theater, it’s his most recent role as Roman Roy in Succession that has seen Culkin receive critical acclaim. He truly is incredible in the series.

Outside of acting, Kieran is a devoted family man. He is married to Jazz Charton and has two beautiful children. 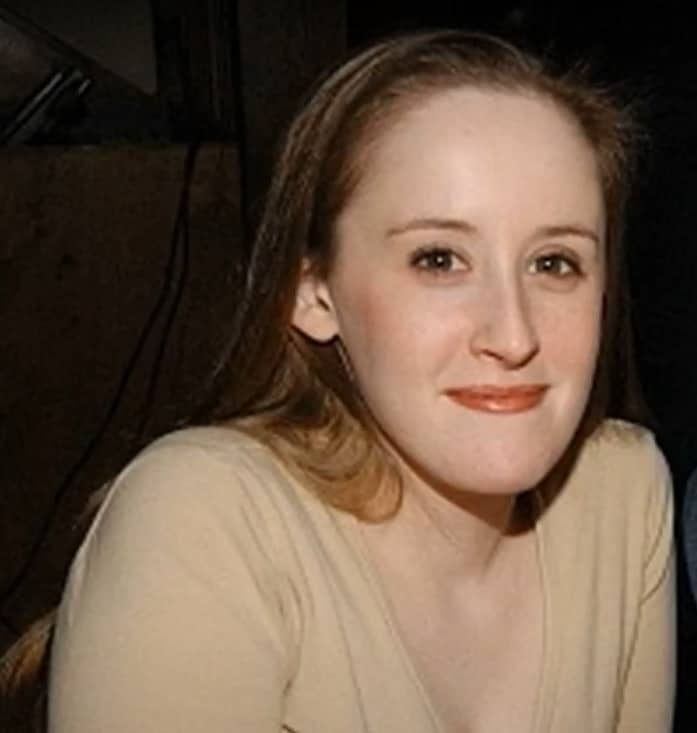 The youngest daughter of the Culkin clan is Quinn Culkin. Her first acting role was alongside brother Macaulay in The Good Son. She also popped up in Home Alone before that, but that was not a credited role. She also voiced the character of Katie McClary in the animated series Wish Kid, which was her last acting role. Not much is known about what she is doing these days or if she is married or has children. Quinn seems happy to stay away from the limelight and enjoy her life in private. 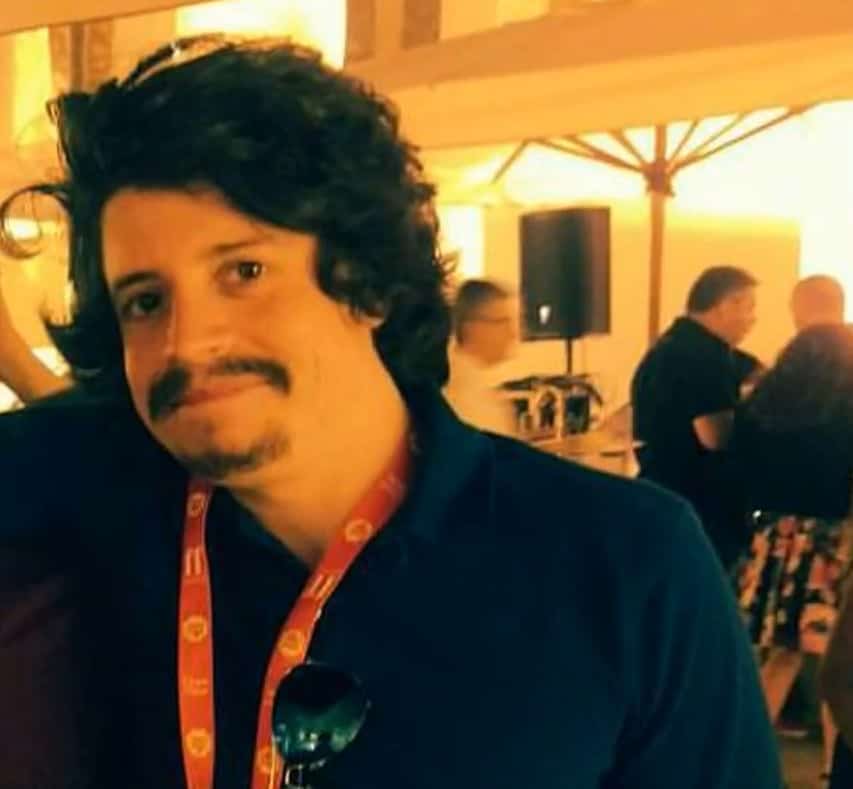 Christian Culkin is another of the siblings who prefers to keep his life out of the headlines. He only has one movie credit to his name, starring alongside brother Kieran Culkin in the 1994 comedy My Summer Story. He ditched the entertainment world for writing, receiving a Bachelor of Arts degree in Creative and Professional Writing in 2009 from Manhattanville College. Christian also attended Feirstein Graduate School of Cinema in 2015. He passed with a Master of Fine Arts in Film. He is currently believed to write for The Waverly Press and a number of other publications. 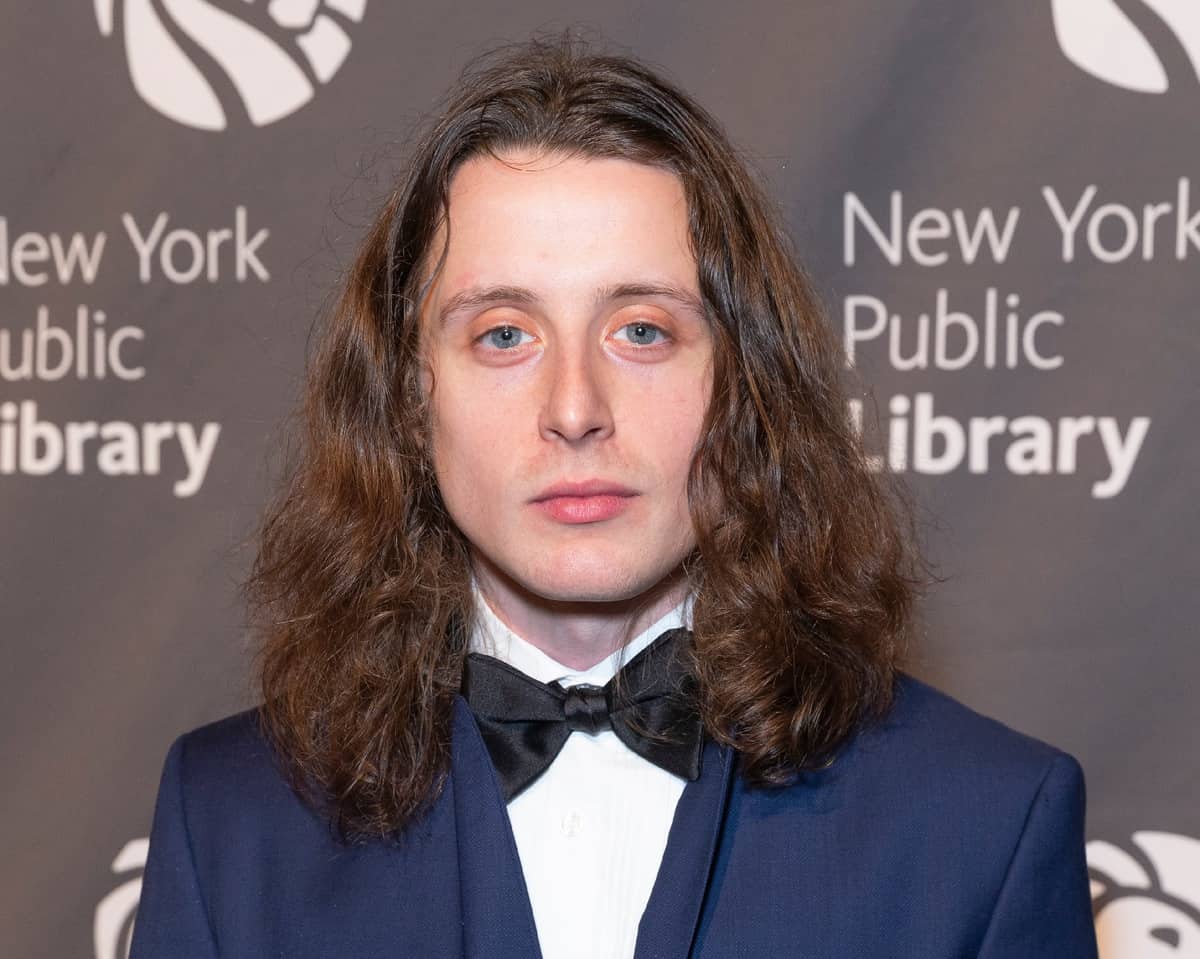 The youngest of the Culkin siblings is carving out a nice career in the entertainment industry. Unlike brothers Macaulay and Kieran, Rory was never forced into acting. He developed a love for the craft on his own after small roles in Richie Rich and Igby Goes Down, playing younger versions of his older siblings. His breakthrough role came in the drama You Can Count On Me. This was quickly followed by great parts in Signs, The Chumscrubber, and Scream 4.

Juggling independent fare with Hollywood blockbusters, Rory has managed to maintain a high profile without being wounded by the press. Like his brother Keiran, he is also married, with his wedding officiated by WWE personality Paul Heyman.