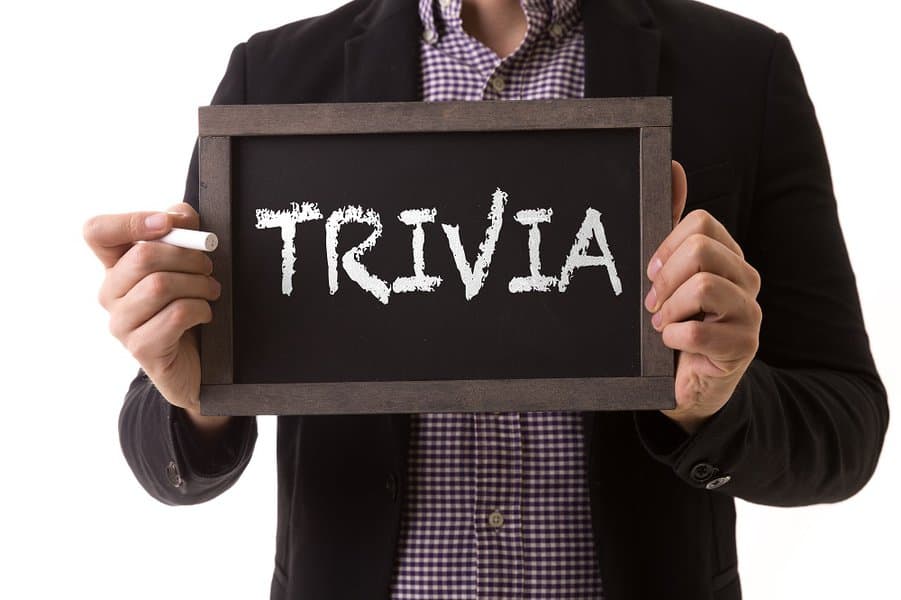 112 Pop Culture Trivia Questions Sure To Test Your Knowledge

Do you love entertainment? Watch all the new reality shows? Know everything about the latest pop star beefs? Then these pop culture trivia questions will finally decide if you are the king or queen of the entertainment world.

These pop culture trivia questions cover everything from music, movies, and TV shows to your favorite famous musicians and actors. They will put your knowledge to the test so you can see how much you really know about modern pop culture.

112 Pop Culture Trivia Questions Sure To Test Your Knowledge 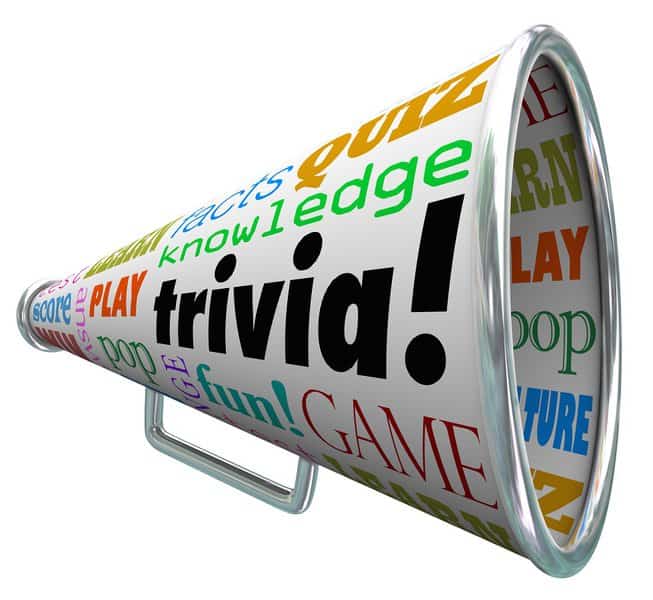 1. What is the longest-running animated television show in the United States?

2. How many Harry Potter books and movies are there?

3. What was the name of Ross Gellar’s monkey on Friends?

4. How many Star Wars movies are there (not including spin-offs like Rogue One: A Star Wars Story and Solo)?

5. What are the names of Kim Kardashian and Kanye West’s kids?

6. Who did Forbes name the youngest “self-made billionaire ever” in 2019?

7. Who was originally cast as the voice of Shrek before Mike Meyers was eventually given the role?

8. What is Joe Exotic a.k.a the Tiger King’s real name?

10. Who was the first Disney princess?

11. How many Grammy Awards does Taylor Swift have?

12. Who wrote the book that HBO’s Big Little Lies is based on?

14. Which actor voiced both Darth Vader and The Lion King‘s Mufasa?

16. Who was the first actor to portray James Bond on screen?

17. Which musician was known as the “King of Pop?”

18. What modern-day item made a cameo in the final season of Game of Thrones?

19. What is the 1980 horror film that holds the Guinness World Record for most retakes of a single scene?

20. How many kids does Angelina Jolie have?

21. Felicity Huffman and Lori Loughlin were among dozens of individuals involved in what 2019 investigation?

23. Where is the hit TV show Sex and the City set?

24. Who sings the song “Say So” that’s behind the popular TikTok dance?

25. John Legend met his wife Chrissy Teigen while filming the music video for what song?

26. How many Oscars did Walt Disney win?

27. What was Elvis Presley’s middle name?

28. What are the names of the Sanderson sisters from Hocus Pocus?

29. Which Avenger other than Captain America was able to pick up Thor’s Mjolnir in the Marvel movies?

30. What movie has the best-selling soundtrack of all time?

31. What TV show aired the first interracial kiss in the United States?

32. Who wrote the Twilight books?

33. What film did the phrase “I see dead people” come from?

34. Who was the first winner of The Masked Singer?

35. Which superstar infamously had a “wardrobe malfunction” during the Super Bowl XXXVIII Halftime Show?

36. What was the first Disney full-length film that used computer-generated animation?

37. Which Friends character was Courteney Cox originally asked to play?

38. What movie is John Carpenter’s The Thing based on?

39. In which Grey’s Anatomy season did Dr. Derek Shepherd die?

40. Which actor narrates How I Met Your Mother as an older version of Ted?

41. What was the first non-English-language film to win Best Picture at the Oscars?

42. Who is Justin Bieber’s famous father-in-law?

44. What boy band was Harry Styles part of?

49. What was the first cable television series to win an Emmy for Outstanding Drama Series?

50. What show did Meghan Markle get famous from?

51. Which Kardashian did Kris Humphries date?

53. What did Mandalorian fans name “The Child” in the Disney+ series?

54. What was Ken Jeong’s work before breaking into the entertainment industry as an actor and comedian?

55. A Song of Ice and Fire is the novel that which popular TV series is based on?

56. What is Kramer’s first name on Seinfeld?

57. Mickey Mouse made his first appearance in what short film?

58. Who created the viral “Renegade” dance on TikTok?

59. What is the name of the diner that served as a popular hangout spot in Beverly Hills, 90210?

60. In which country did the first season of Survivor take place?

62. Which of Stephen King’s novels was the first to be adapted into a film?

64. How many total members have been in the group Destiny’s Child?

65. What is Marilyn Monroe’s real name?

66. Which male artist has received 14 titles in the Guinness World Records?

69. What is the longest-running game show on network television?

The Price is Right.

70. The song “I Love Rock ‘n’ Roll” by Joan Jett and the Blackhearts is a cover. Which band sang the original?

71. What is the name of the female character in the video game Tomb Raider?

72. What is the name of the mountain in Lord of the Rings that the One Ring must be thrown into?

73. What is the name of the alternate dimension in Netflix’s Stranger Things?

75. In the series Arrested Development, there’s always money where?

In the banana stand.

76. Before he was the frontman for Foo Fighters, Dave Grohl was the drummer for which band?

77. Which duo won the first Grammy for Best Rap Performance?

78. Holly Madison, Kendra Wilkinson, and Bridget Marquardt starred on what reality show about life at the Playboy Mansion?

The Girls Next Door.

79. Which two Oscar-winning actresses with the same first name co-starred in Cruella?

80. Which group wrote and recorded so many successful songs in 1978 that their sales accounted for 2% of the entire music industry?

81. What was the first single released by Britney Spears?

82. What was the first movie Tom Hanks and Meg Ryan co-starred in?

Joe Versus the Volcano.

83. What song off of Christina Aguilera’s Stripped album did she record in only one take?

84. Who replaced David Lee Roth as the lead singer of Van Halen?

85. What rapper-turned-actor stars on Law and Order: Special Victims Unit?

86. Which iconic singer-songwriter was born Robert Allen Zimmerman in 1941?

87. The 2010 film The Social Network chronicles the creation of what social media platform?

88. What’s the name of the nation where The Hunger Games takes place?

89. What former supermodel was the host of America’s Next Top Model?

90. Don McLean famously sings about “the day the music died” in his song American Pie. It’s in reference to the day three musicians died in a plane crash. Who were those musicians?

91. Two pairs of actors on The Office went to high school together. Who were those actors?

92. On Lost, a commercial jet from what fictional airline crashed on a seemingly deserted island?

93. What 90s pop band got their name from Anne Rice’s Interview With the Vampire?

94. What child star from The Wonder Years put acting on hold in order to become a mathematician?

95. Which actress is the daughter of Don Johnson and Melanie Griffith?

96. Ryan Reynolds was at one point engaged to which Canadian musician?

98. Britney Spears, Christina Aguilera, Justin Timberlake, and Fergie all got their start on which TV show?

99. What is Superman’s main weakness?

103. Who was the first female member of the Justice Society, which eventually became the Justice League?

104. Who holds the record for most appearances on the cover of Rolling Stone magazine?

106. Who voiced the Genie from Disney’s Aladdin?

107. What was the first music video played on MTV?

“Video Killed the Radiostar” by The Buggles.

108. What sauce is Rick from Rick and Morty obsessed with?

110. What is the name of the Full House reboot on Netflix?

111. What famous actor became the 38th Governor of California?

112. Which film series had a fourth movie called Ghost Protocol?