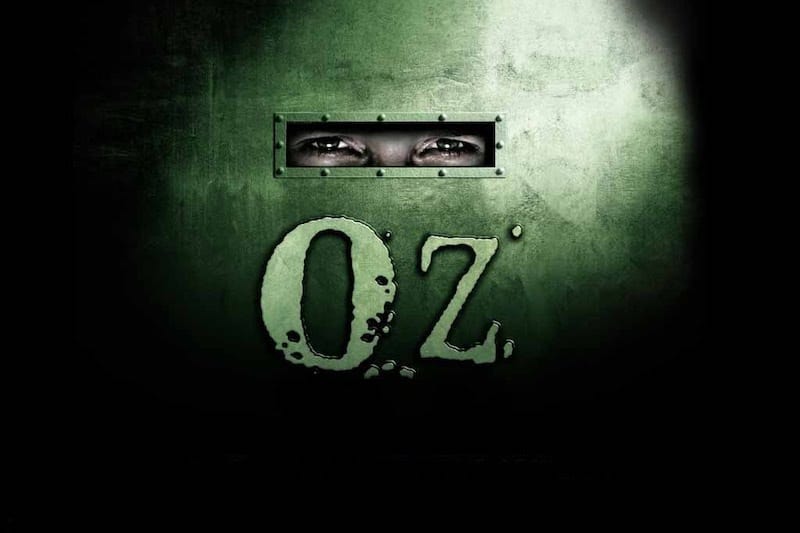 If television shows are anything to go by, prison is a scary place. It’s something you never want to experience during your time on earth. Thankfully for most of us, watching prison life on the small screen is the closest we will ever get to doing real-time. Most depictions of jail life seen in prison tv shows is absolutely frightening. Graphic violence and gang culture come to the fore. Everything from stabbings in the yard to rapes in the toilet block is shown in detail.

But despite the horrendous nature of prison life, what we see on our screens is often captivating. Whether you are watching a documentary series that shows what it is really like living in prison or a fictional series where everything is turned up to 11, prison tv shows offer a glimpse at life behind bars.

If you are new to the genre and wondering where to start, here are 11 of the best prison tv shows that will ensure you never break a law in your life.

Oz is HBO’s first-ever production and what a way to kick off their dominance of cable television. The is a bleak and depressing prison show. It takes place in a correctional facility known as Oswald State Correctional Facility, or Oz for short. The majority of the show is based in the experimental section of the prison. This area is known as ‘Emerald City.’ Here there is an even amount of inmates from all races to stop the gang violence. While good in theory, these crims are the worst of the worst and don’t abide by the rules. Those in Emerald City are expected to take responsibility for their crimes, with an emphasis on rehabilitation. Despite this, the inmates in Emerald City are constantly at war, and although they are in a controlled environment, they still manage to murder, rape, and get high.

Along with focusing on the inmates, Oz also details the lives of the prison officers in charge of the prisoners and how the job impacts their lives. Oz is super dark and deals with themes of violence, homosexuality, death, guilt, incarceration, and many more. The show also has an incredible cast that includes the likes of Ernie Hudson, Harold Perrineau, J. K. Simmons, Dean Winters, Edie Falco, B.D. Wong, and Christopher Meloni. This is a must-watch for anyone who loves a good prison show.

This Netflix exclusive ran for seven seasons and highlights life at minimum-security women’s prison. 10 years after a criminal incident she thought she had left behind comes back to bite her, thirtysomething Piper Chapman (Taylor Schilling) finds herself in jail and confronted with her past in the form of Alex Vause (Laura Prepon), her former girlfriend who is the reason she is in jail. The show examines their relationship as Chapman has to navigate prison and all the obstacles it entails. The show uses flashbacks to tell the stories of the inmates and guards to give some background on how they came to be where they are.

Orange Is the New Black has been critically acclaimed and won numerous awards, including four Emmy wins. It is regarded as one of the best prison tv shows of modern times with a top-notch cast and incredible writing.

This is a really interesting premise for a reality show set in a prison. 60 Days In features people volunteering to be incarcerated for 60 days to see if they can obtain evidence of illegal activities by other inmates. None of the other prisoners nor the correction guards are aware of the undercover prisoners. The show has slowly evolved over subsequent seasons and become a way for people to understand prison and how people are institutionalized. Many of the volunteers fail to last the full 60 days, struggling with life behind bars. It really puts your life into perspective and allows you to understand what prison life is like and the difficulties that come with being locked up.

There are currently six seasons of this long-running series available, although there is no word on whether a seventh will be produced.

Unlike most of the shows on this list, Prison Break is a wild ride that is all about escaping prison. When Lincoln Burrows (Dominic Purcell) is sentenced to death for a crime he didn’t commit, his brother Michael Scofield (Wentworth Miller) gets intentionally locked. You see Scofield has a plan. He designed the prison and has tattooed the entire layout of the building on his body. He is going to use this knowledge to break out with his brother. What follows is an intense and action field season as Scofield must recruit other inmates to help him free his brother and escape.

The success of Prison Break resulted in a further four seasons being commissioned. The second finds the ragtag group of prisoners on the run. The third finds the survivors back behind bars, but this time in a prison in Panama. The fourth finds the brothers working for a government agency trying to track down some tech before everything is wrapped up in the underwhelming fifth season where characters come back from the dead and the show really goes off the rails. Despite the insane way it ends, Prison Break is a lot of fun (especially the first season).

Another prison show about women inmates, Wentworth is much more violent and serious than Orange Is the New Black. The Australian drama is a reimagining of another classic Aussie show, Prisoner. This update follows the transformation of Bea Smith (Danielle Cormack) from a timid inmate to the ruler of the prison yard. This one has it all; graphic violence, lesbian relationships, evil prison guards, and multiple storylines that always pay off.

While Smith’s rise to the top is the main focus during the early seasons, Wentworth adopts a more ensemble offering for the later seasons, shining the light on other characters trying to survive prison life. The show has given a lot of exposure to Aussie actors and has been a consistent rating winner during its nine-year run.

If you prefer the real world, then prepare to be shocked by this show. Taking cameras into some of the world’s most frightening prisons, this documentary series gives you are a gritty look at life behind bars. The first season is hosted by Paul Connolly, with the following four being hosted by Raphael Rowe. Each episode features a different prison. Some of the standout (or scariest) episodes include a visit to a fortress-like prison in Bogotá, Colombia, where drugs are rife, a look inside Poland’s Piotrków prison where prisoners spend 23 hours of the day in solitary confinement, and Brandvlei Correctional Centre in South Africa, a prison where almost all the inmates are part of gangs who are in jail for knife crimes. Watching this show will scare you straight.

This thrilling mini-series is based on the true story of Richard Matt (Benicio del Toro) and David Sweat (Paul Dano), two criminals who escaped Clinton Correctional Facility. The two, both in jail for murder, concocted a plan to escape with help from prisoner worker Joyce “Tilly” Mitchell (Patricia Arquette), who they were both sleeping with. The seven-episode series is highly entertaining. Watching Matt and Sweat gain Mitchell’s trust only to leave her up shits creek when they escape is riveting. Interestingly the series is directed by Ben Stiller, who is more known for his comedic roles than dramatic directing.

Most shows dealing with prison life are serious and chock full of violence and nasty characters. Porridge is the total opposite. This classic British comedy will have you in stitches. The series is centered around career criminal Norman Fletcher (Ronnie Barker), back in jail for his latest crime, and the young Lennie Godber (Richard Beckinsale), a naive lad serving his first prison sentence. Fletcher takes Godber under his wing and shows him the tricks to survive prison. There are plenty of laughs throughout the three seasons as well as a number of serious moments that also make you realize prison is no laughing matter.

As well as being a big hit with those on the outside, prisoners also loved Porridge and its portrayal of life behind bars. Although a comedy, many of the situations Fletcher and Godber get themselves into are relatable for long-serving inmates. As well as running for three seasons, there are two Christmas specials, a movie, and a spin-off series, Going Straight, which features Fletcher trying to make in on the outside without going back to the criminal life.

This unique TV series takes a look at the first and last days of prisoners at Gwinnett County Jail. You get to see the full range of emotions people go through when they are confronted with the realities of prison life and freedom. This six-episode series also looks at the criminal justice system and the impact it has on people. You really get to see the human side of criminals. For those newly entering the prison system, it is a daunting and fearful time. On the flip side, those leaving must now confront the stark reality of the outside world. They must deal with being treated differently because of their time behind bars. First and Last really hones in on the emotions each inmate experiences and gives you an insight into prison mentality.

The series focuses on Nicholas Pinnock’s Aaron Wallace, a nightclub owner arrested for trafficking drugs. He is sentenced to life in prison without parole for his crimes. Wallace decides to study to be a lawyer on the inside so he can help other criminals with their cases while trying to overturn his own sentence. The show follows Wallace as he defends his fellow inmates while trying to juggle prison life. Although the series only lasted two seasons, it has been well revied critically, thanks to the performance of Pinnock.

What makes For Life even more watchable is the fact it is loosely based on a true story. The character of Aaron Wallace is based on Isaac Wright Jr., a man wrongly convicted of drug trafficking in 1991. He was facing a life sentence but managed to get his case overturned in 1997.

This three-part series is a masterclass in acting from two British greats. Sean Bean and Stephen Graham excel in this unnerving prison drama exposing the dangers of life inside and outside the prison walls. Bean plays Mark Cobden, a new prisoner who is actually remorseful for the crimes he has committed. Unprepared for a life behind bars, he quickly finds himself in over his head. He is singled out by one inmate who sees him as weak. As the violent attacks against him begin to escalate, he has to decide how to deal with the problem. Graham shines as Eric McNally, a prison guard whose son has recently been sent to jail. When one of the inmates finds this out, he uses this against McNally. Pushed to the edge, he must find a way to keep his safe son while dealing with the prisoner threatening him.

Time really is a mesmerizing watch that sucks you in from the get-go. Although only three episodes, you will be left satisfied with the ending while still wanting more. A critical and commercial success, this British series is another scary look at the dangers of being locked up.