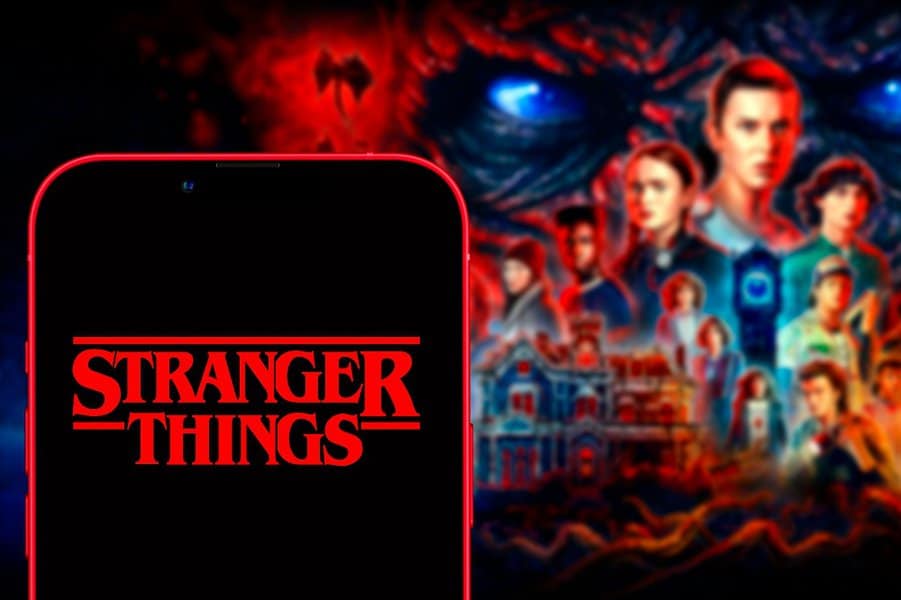 Life seemed pretty plain and dull in the small town of Hawkins, Indiana. However, beneath the surface lies an alternate dimension, The Upside Down, full of evil, dark, and twisted creatures with visions of tearing Hawkins apart. Set in the 1980s, Stranger Things follows telekinetic Eleven (portrayed by Millie Bobby Brown) and the Hawkins gang as they battle monsters threatening their existence. The sci-fi horror series first hit the airwaves in 2016 to universal praise.  Since its debut fans have become obsessed with the series, creating predictions and Stranger Things theories that might come true.

The fourth season wrapped up recently, leaving fans on the edge of their seats with the ultimate cliffhanger. Unfortunately, the brilliant series creators, the Duffer brothers, are making fans wait until 2024 for the final season. Luckily, Stranger Things fans love to formulate predictions about the characters and the final season. Loyal fans go over hours of content, coming up with wild, incredible, and out-of-this-world theories. Here’s a look at 11 Stranger Things theories that could come true in the final season.

1. Vecna Still Has Control of Max 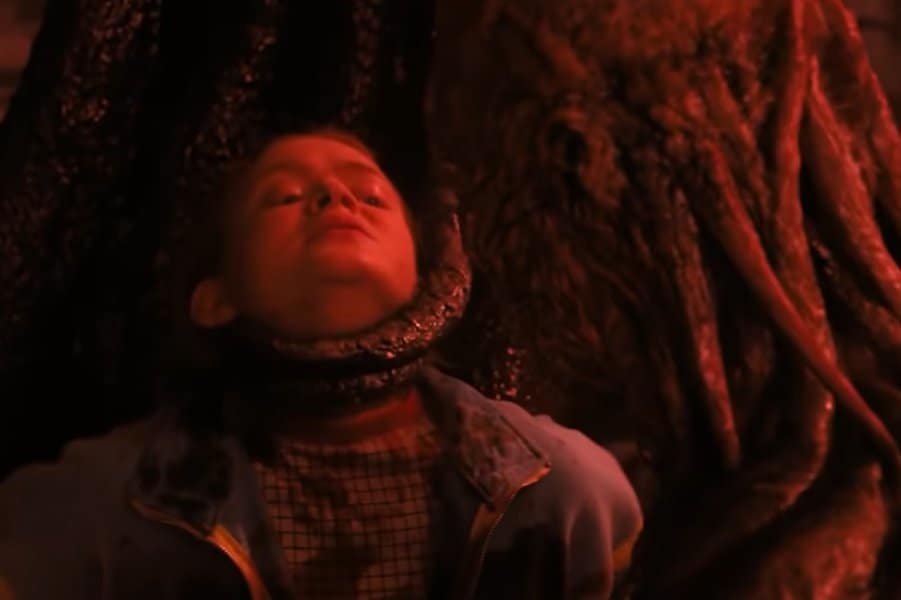 After setting Vecna on fire, Nancy shoots the evil monster, sending him out the window and crashing to his supposed death. Like a terrifying horror movie monster, Venca will rise again. Portrayed by Jamie Campbell Bower, fans assume Vecna will return to the series in one form or another.

Reddit user u/Kevinr1990 predicts Vecna is still in control of Max Mayfield and didn’t really die at the end of season four. Furthermore, they believe Max is already dead. Therefore, with Vecna in control, Max will become the main villain in the series with an army behind her. They even predict she’ll resurrect Billy to serve as her second-in-command as she prepares to battle her friends.

2. Eleven Kills Will After He Becomes a Vessell for Vecna 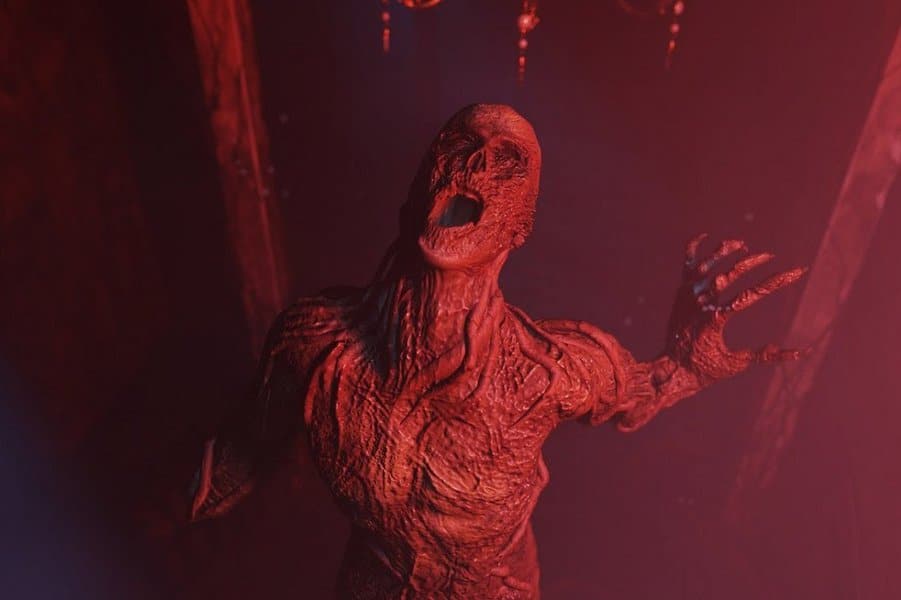 Several Stranger Things fans propose that the evil Vecna will take control of Will Byers’ body as a call back to the previous seasons. Since Vecna, as the Mind Flayer, first possessed Will’s body, they’ve had a strong connection. The link is so powerful that Will gets an eerie feeling when Vecna’s up to no good.

Portrayed by Noah Schnapp, Will shares similar feelings of isolation as Vecna, aka Henry Creel. Reddit user u/slidish2179 has an interesting theory that suggests Venca will possess Will to fight Eleven in an epic battle. It could end tragically with Eleven killing Will. 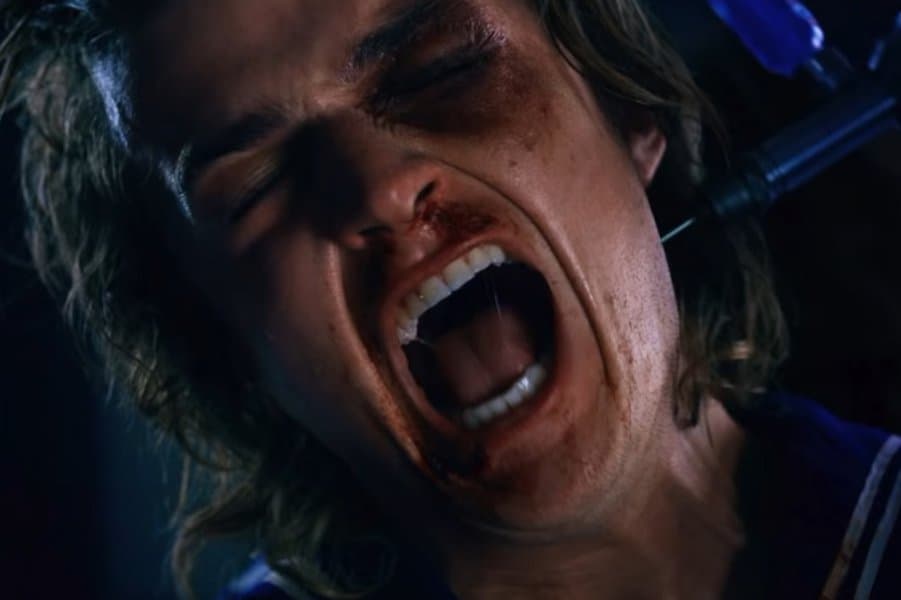 As the series nears the end, fans speculate about possible deaths. After a touching conversation with Nancy about envisioning a life with six kids, Steve Harrington shot to the number one spot. The season four discussion indicates he has some lingering feelings for Nancy. Instead of Steve and Nancy having a happy ending, fans predict he’ll die a hero.

As Redditor u/D35tr0y36 notes, Steve has struggled to find a love interest and seems to have his heart set on Nancy. Despite their past, they predict Nancy and Jonathan will end up together, with Steve sacrificing himself to save Nancy’s life. From jerk to hero, fans feel Steve’s arch is almost complete. 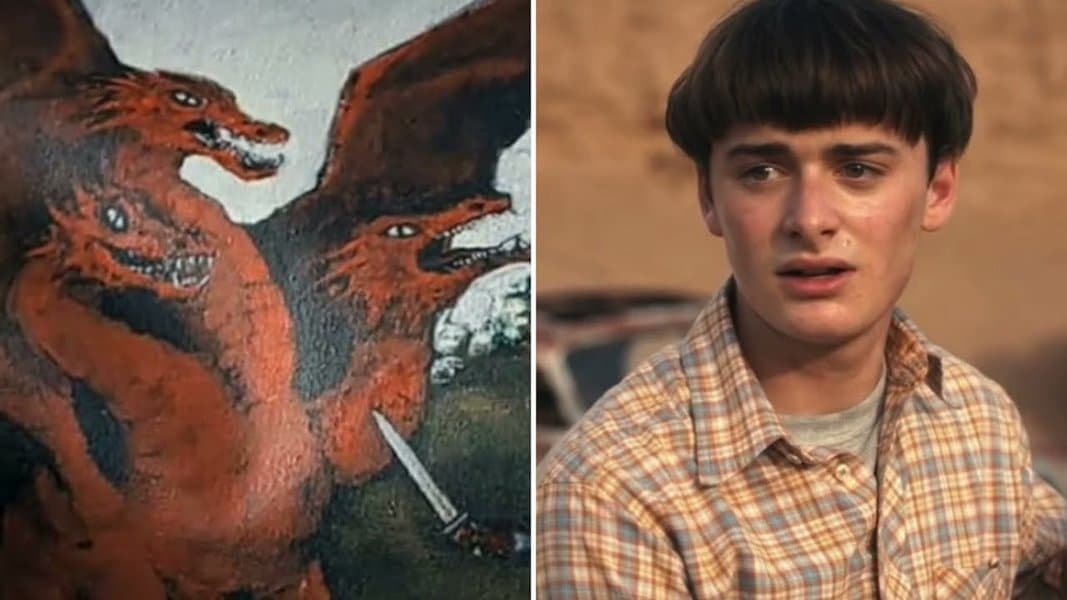 With mind-bending plot twists and shocking revelations, Stranger Things is a master at subtly dropping clues throughout the series. For instance, Will draws a painting of Mike Wheeler (portrayed by Finn Wolfhard), leading the group into battle against a three-headed dragon. Will draws the painting to convince Mike to help Eleven.

Well, die-hard Stranger Things fan u/_Ham_Radio predicts the painting foreshadows a nail-biting showdown in the final season. They expect Mike to lead the gang into an epic battle, possibly against the three-headed beast in the painting. Therefore, fans speculate the painting also foreshadows the next horrifying monster escaping the Upside Down.

5. The Next Big Monster 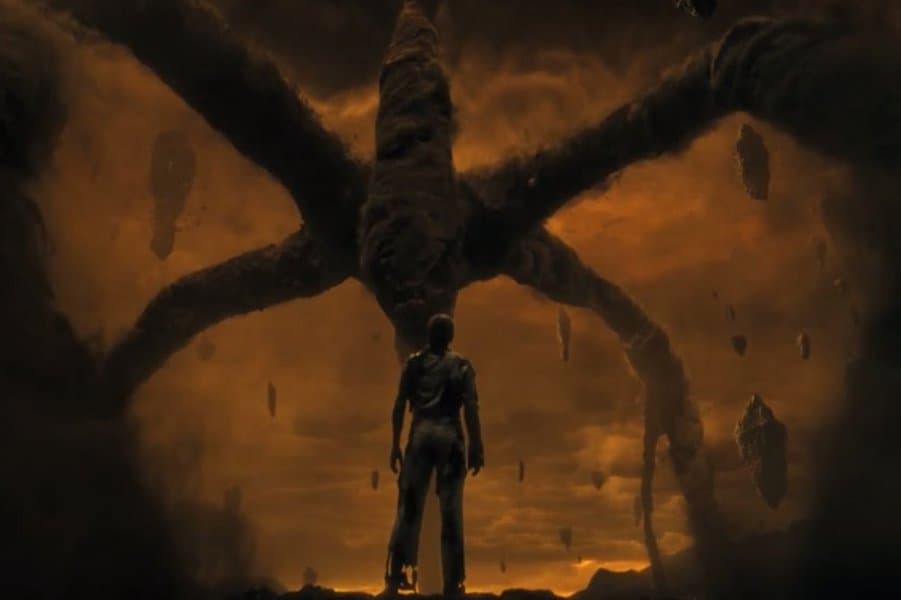 With Vecna wreaking havoc and the Mind Flayer lurking in the shadows, dedicated fans predict that a more powerful and terrifying monster will emerge from the Upside Down. Redditor u/Barabus33 believes the series dropped hints that Thessalhydra will be the final monster the group must defeat. The series often drops hints of the next monster when the gang plays Dungeons and Dragons.

For instance, in season one, they beat the horrifying Demogorgon in the game and then faced the beast in real life. Fans noticed in the season one finale the gang battles the creature Thessalhydra to win the game. That led to most fans assuming the strange beast would appear. Furthermore, Thessalhyra is similar to the creature in Will’s painting, which is the same beast in Nancy’s vision.

See more about - 20 ‘Stranger Things’ Memes That Fans Will Love 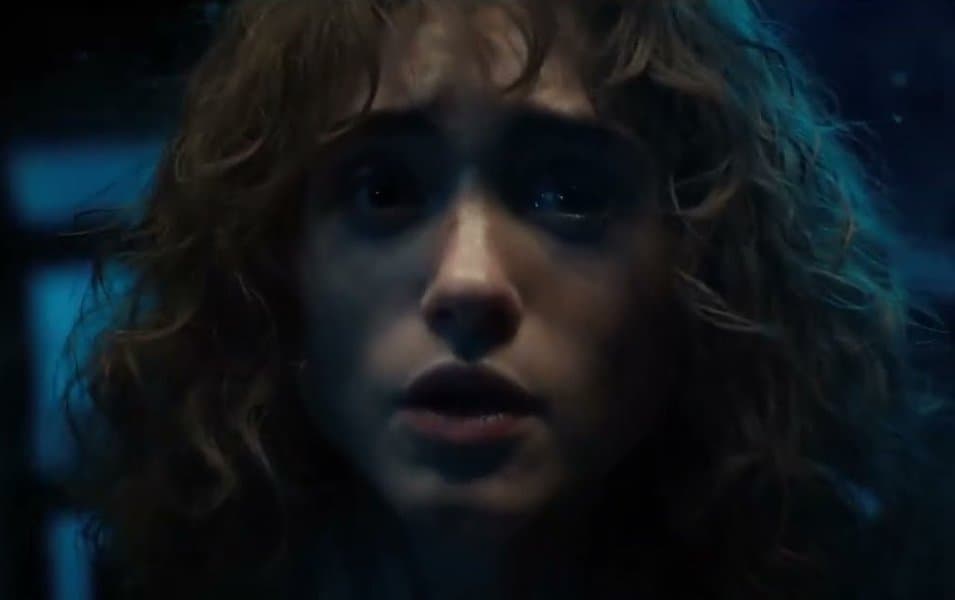 During season four, Vecna shows Nancy Wheeler a terrifying vision of the future that shakes her very core. Portrayed by Natalia Dyer, Nancy recalls seeing a dark cloud spreading over Hawkins as downtown was on fire with dead soldiers. In addition, Nancy saw visions of her family and friends all dead. Like the creature in Will’s painting, the vision also revealed a horrifying monster.

Reddit fan u/StrangerWill suggests that Vecna can see the past and future thanks to his ominous grandfather clock. He often makes comments that indicate he knows the future, such as “you already lost” and “this is the beginning of the end.” Venca knows all the events about to unfold and only shows Nancy because he believes she can’t stop him. Venca’s confident demeanor implies he knows the result. Therefore, Nancy’s apocalyptic vision might actually come true. In fact, season 4 ends with The Upside Down invading Hawkins. 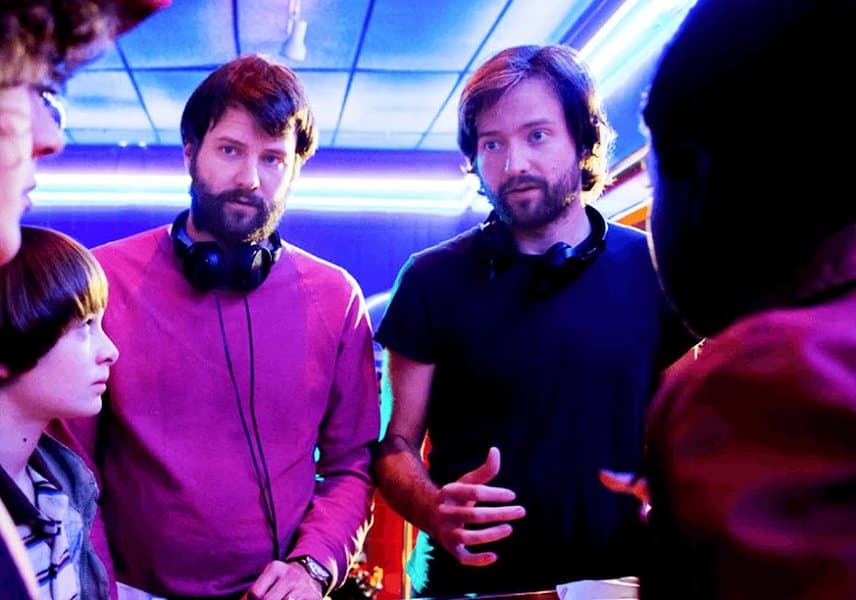 With a famous young cast, the series also stars Winona Ryder as Joyce Byers and David Harbour as Sheriff Jim Hopper. However, as the young cast ages, the Duffer brothers indicate they might skip ahead a few years to bring the character’s age closer to the stars. Many fans assume the final season will start in 1989, putting the kids in their late teens. Like the evil Vecna, Stranger Things fans believe the creator’s comments are a clever ruse to trick them.

Redditor u/YouKnowWhoII believes the Duffer Brothers are trying to mislead casual viewers and throw them off the scent. They think the series will pick up where season four left off. If there’s going to be a time jump, it could happen in the middle of the season instead. 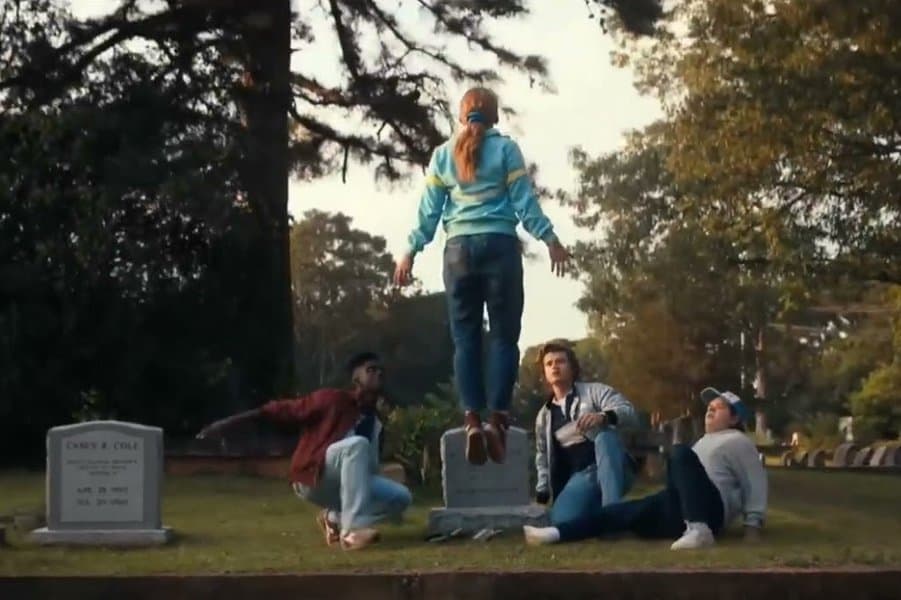 As the fate of Hawkins hangs in the balance, fans can’t stop talking about the other big cliffhanger. A beloved member of the Hawkins gang, Max Mayfield, ends up in a coma after Vecna takes control of her body. While some fans predict Max will never wake up, others suggest that saving Max will be a crucial storyline during the final season.

Loyal fan u/StrangerWill proposes that Eleven will enter Max’s mind again, but this time to kill Vecna. Also known as El, she’ll find Max on her journey and together will defeat Vecna releasing his hold on Max. However, there’s still no guarantee that Max will wake from her coma. 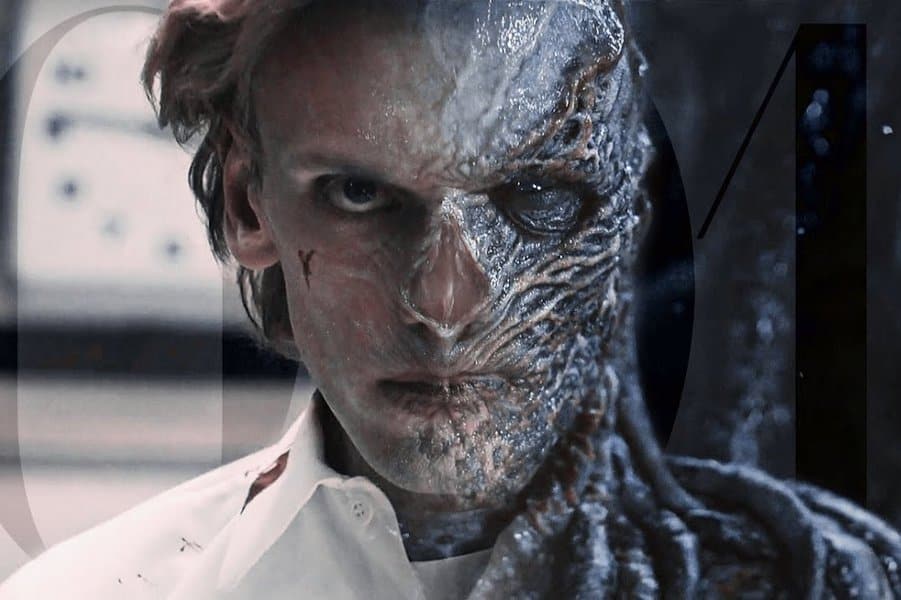 It’s no secret that Stranger Things draws inspiration from classic movies of the 1980s like Star Wars. Many fans predict Vecna might have a redemption arc similar to Darth Vader. During season four, Vecna asks El to join him on his murderous rampage, just like Vader wants Luke Skywalker to align with him.

That led Stranger Things fan u/AriticHawk to a fascinating theory. They propose that Vecna helps destroy the Upside Down, like Vader turning on Palpatine in Return of the Jedi. Similar to Anakin Skywalker reemerging, Henry Creel will do the right thing and help slay the beasts he’s unleashed alongside El. 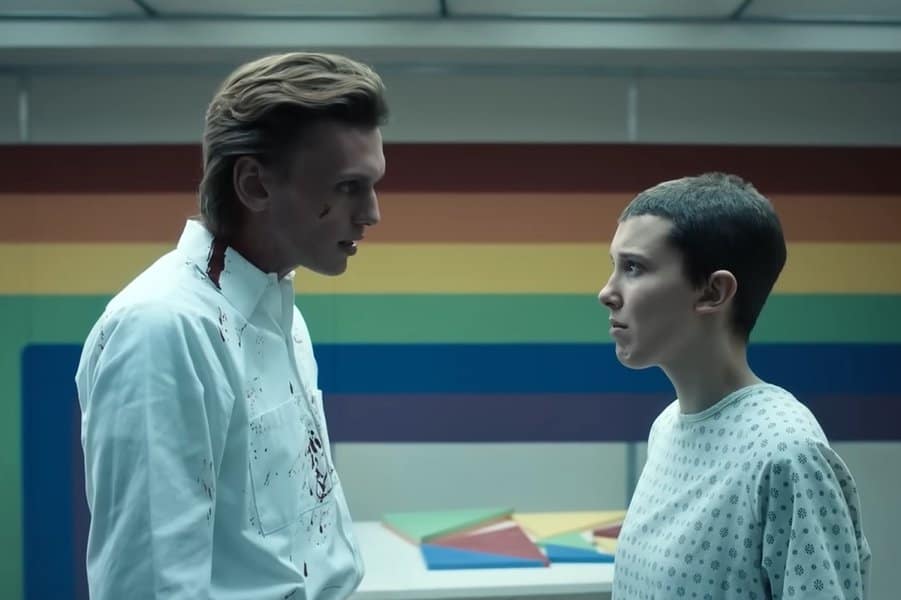 Fans can’t shake the Darth Vader-Luke Skywalker vibes they’re getting from Vecna and Eleven. When they first interact in season four, Vecna wants Eleven to join him before she blasts him into the Upside Down. Reddit user u/Professinal_Bee5321 is confident there’s a closer bond than fans realize. Despite already introducing Andrew Rich as Eleven’s dad, fans believe Vecna’s her real father.

Based on the timeline, they believe Vecna’s the right age to be her biological father. Plus, he was being very fatherly when speaking to her. With his selfish and evil persona, it’s plausible that Vecna would want to have a child to become more powerful. 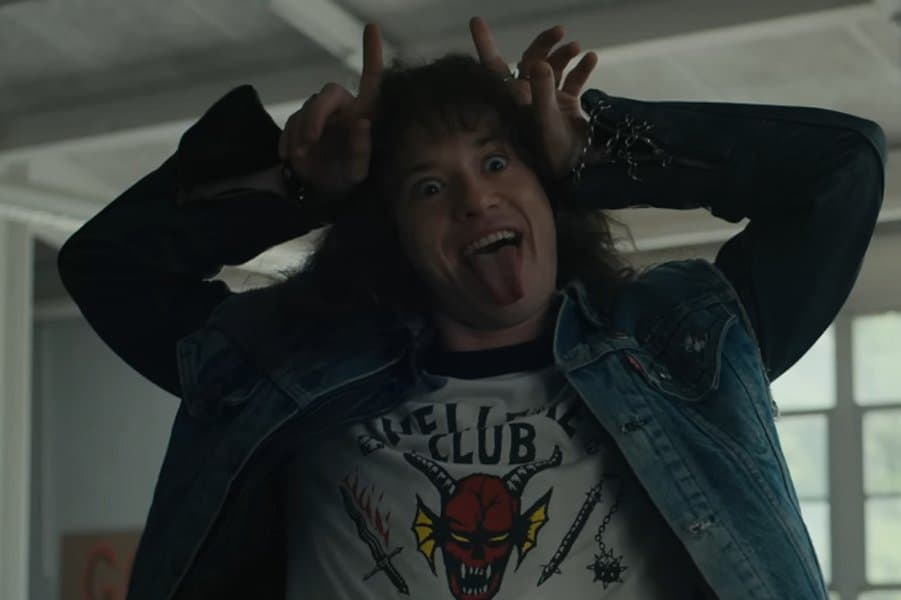 The tragic death of Eddie Munson (portrayed by Joseph Quinn) still has fans debating his future. As one of the most popular new characters, fans are sure they’ll see Eddie again. As the head of the Hellfire Club, it’s only fitting his arch is related to Dungeons and Dragons.  Inspired by Dungeons and Dragons monsters, the boys referenced The Mind Frayer and Venca before appearing in the series.

Stranger Things fan @paulruddfanclub noticed the gang also mentioned a popular Dungeons and Dragons character Kas. In the game, Kas is Venca’s right-hand man with vampire-like powers. Thus, they believe Vecna might revive Eddie to be his second-in-command.