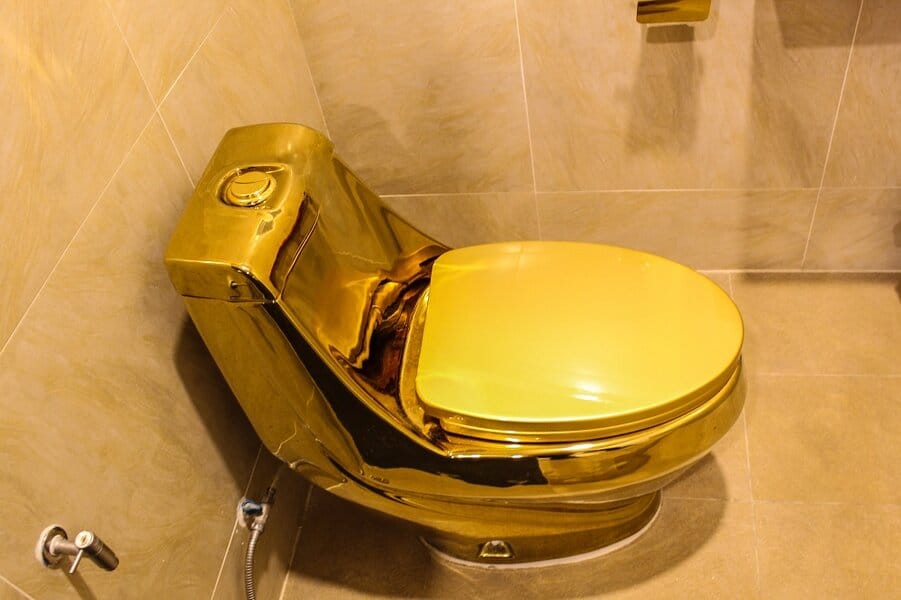 It’s no surprise that rich people spend their money on ridiculous things and experiences. When you have more money than you know what to do with, splashing the cash on something wildly expensive doesn’t seem like a silly idea. Now we aren’t just talking about a new car or outfit. The things rich people buy include crazy items like tickets to space or a gold toilet and bathroom combo. These excessive presents rich people gift themselves are things most of us regular folk can only dream about.

For these people, there isn’t a big difference between spending a couple of million on a piece of artwork and $20 million on their own private jet. Wealthy people live in that rarified atmosphere where they’ve forgotten what shit looks like, otherwise known as the Layer Cake. With the money and power to do as they please, these people often spend their money on strange and expensive things, as you will discover below. 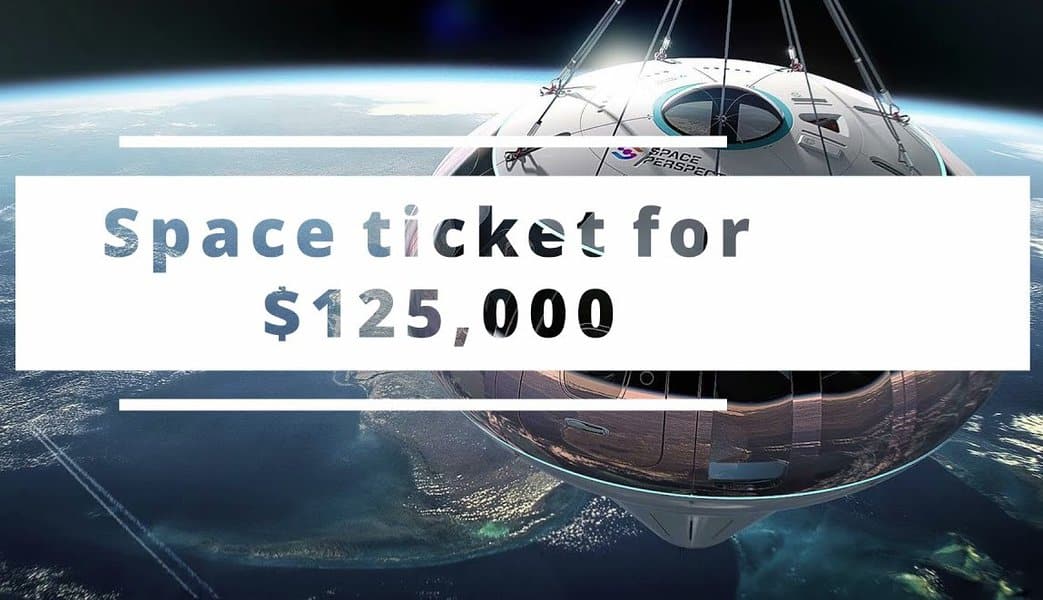 Space, the final frontier, is something rich people really have an obsession with. Virgin founder Sir Richard Branson wants to travel there and Tesla founder Elon Musk wants to move there (specifically Mars). Why anyone would want to blast into the atmosphere and journey around the earth before crashing back down is anyone’s guess, but when you have everything else in the world it makes sense to blow your money on crazy experiences.

There are several companies offering flights into space, including Branson’s Virgin Galactic. Prices for his shuttle to space will set you back around half a million dollars, so it’s only the rich elite who can afford them. Not to be outdone, Branson’s rivals Musk (SpaceX) and Amazon co-founder Jeff Bezos (Blue Origin) are also launching their own space adventures. 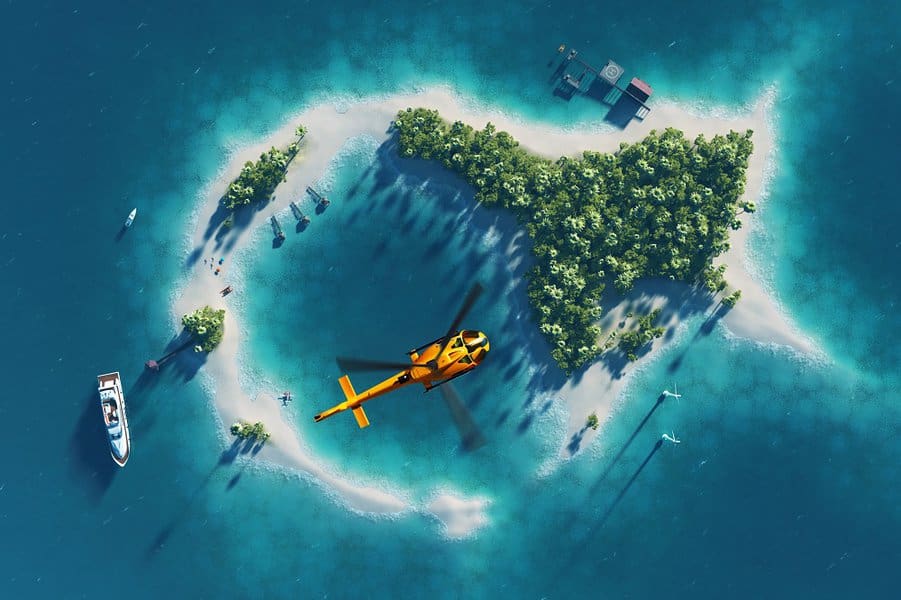 Real estate is something everyone can invest in, but for successful people making bank, it’s a whole other level of investment. Most people are happy to get one foot on the property ladder with a place they can call home for the next decade or so that they’ll be paying off for most of their lives. Rich people, on the other hand, buy and sell real estate like it’s going out of fashion. While laying down tens of millions for a mansion in the Hollywood Hills is standard, those real wealthy people on another level with cash to spare fork out for their own private island.

Speaking of Richard Branson again, he was one of the first to start the practice of owning a private island. He purchased Necker Island in the British Virgin Islands in 1979. He turned it into a private resort where fellow moneybags can spend their downtime. Branson isn’t the only celebrity with an island. Pamela Anderson has an island off of Dubai, gifted to her by her former husband Tommy Lee, Leonardo DiCaprio has a private island off the coast of Belize, and magician David Copperfield owns an island in the Bahamas for when he truly wants to disappear. 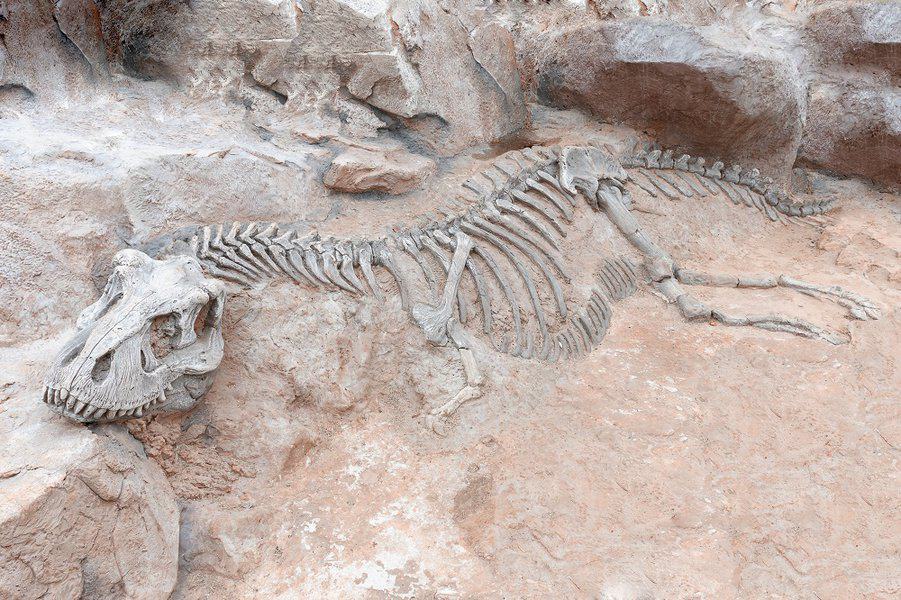 Nothing says filthy rich more than owning your own fossil. Several rich folk have used their millions to purchase ancient fossils to display in their homes and offices. One of the most famous fossil-buying stories concerns Nicholas Cage outbidding Leonardo DiCaprio for a Mongolian dinosaur skull in 2007. Once in his possession, Cage discovered that the fossil was stolen and had to give it back, something he explained in an interview with The New York Times in 2019.

“The dinosaur skull was an unfortunate thing because I did spend $276,000 on that,” he told the magazine’s David Marchese. “I bought it at a legitimate auction and found out it was abducted from Mongolia illegally, and then I had to give it back. Of course, it should be awarded to its country of origin. But who knew? Plus, I never got my money back. So that stank.”

Cage isn’t the only one with an obsession for the past, with WWE owner Vince McMahon owning a $6,000 T-Rex skull, billionaire hedge fund manager Steve Cohen buying artist Damien Hirst’s preserved shark for between $8 million and $12 million, and an unidentified person forking out $2.6 million for an Allosaurus fossil, as disclosed by Business Insider. 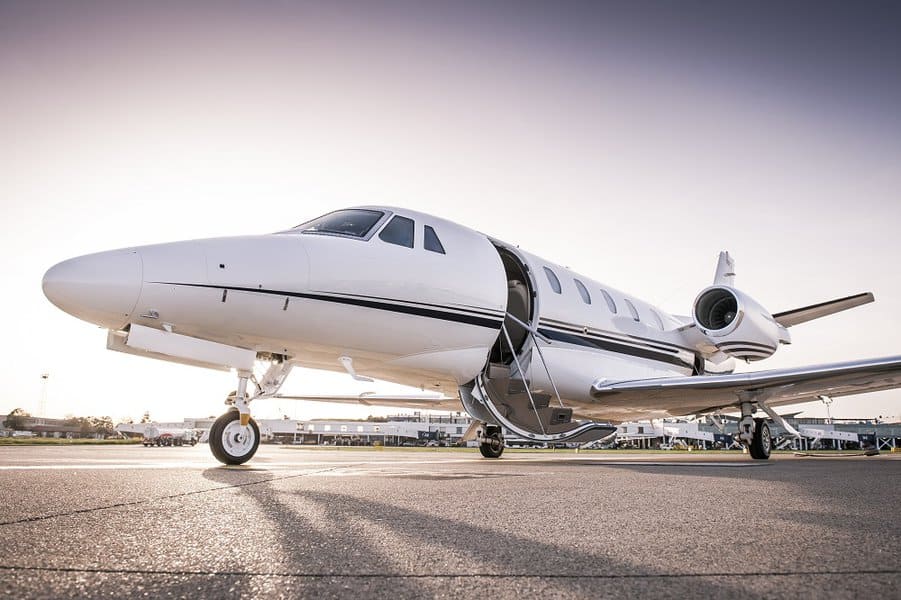 You can tell the difference between a rich person and a regular Joe by the way they fly. Anyone who regularly takes business or first-class flights is rich, but those who take private planes are next level. If you are rich enough to have your own private jet then you are doing something right. It’s another sign of status and wealth that only a rare few can afford.

Saudi Prince Al Waleed is the man who can lay claim to owning the most expensive private plane in the world. His luxurious Airbus A380 cost around $500 million. $300 million of that was for the plane and $200 million for the upgrades that include a prayer room, spa and sauna area, dining room for up to ten people, and cargo space with enough room for his cars and livestock.

Nothing screams “Look at me, I’m rich!” than a bathroom made entirely from gold. Jeweler Lam Sai-wing decided that’s exactly what he needed to cement his status, constructing a bathroom in his shop out of gold and precious jewels for a lazy $3.5 million.

Listed by Guinness World Records as the “World’s Most Expensive Bathroom,” the architectural wonder contains toilet bowls, wash basins, toilet brushes, toilet paper holders, mirror frames, wall-mounted chandeliers, wall tiles, and doors all made out of solid 24-carat gold. The floor is embedded with gold bars and the ceiling is decorated with rubies, sapphires, and emeralds.

Mike Tyson once purchased a 24-karat gold bathtub for $2.2 million while Italian artist Maurizio Cattelan created a functioning 18-karat gold toilet as a piece of an art exhibition named America. It is an ironic statement on wealth and capitalism worth around $6 million. It was stolen from an exhibition at Blenheim Palace, England, in 2019 and is yet to be recovered. 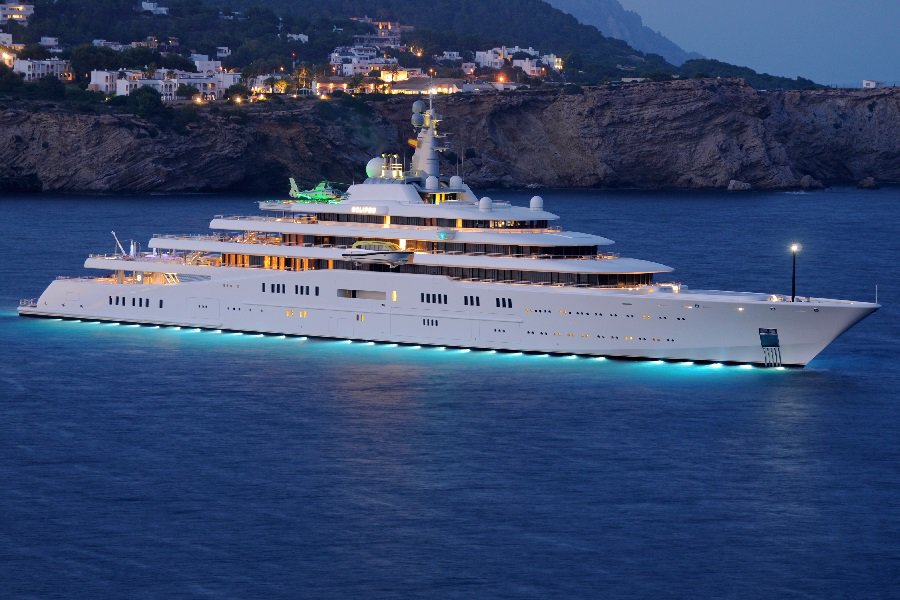 Another show of wealth is the superyacht. All the big millionaires and billionaires own one of these. Essentially a yacht that is decked out to the nines, some superyachts are worth more than Beverly Hills mansions. These seafaring creations act as homes on the water and have all the comforts of dry land. Most come with multiple sleeping quarters, cinema rooms, gyms, entertaining areas, and any other type of room or facilities the owner might need.

Russian billionaire Roman Abramovich owns a fortress on the sea known as Eclipse and is rumored to have paid around $1 billion for it. As well as all the usual amenities like a pool, hair salon, and restaurant, the superyacht also comes with a missile defense system. Entertainment mogul David Geffen owns the Rising Sun worth an estimated $550 million, Chinese billionaire Samuel Tak Lee is captain of the $300 million Pelorus, and tennis great Rafal Nadel has the Great White, although it cost a little less than the previous superyachts, coming in at $6.2 million. 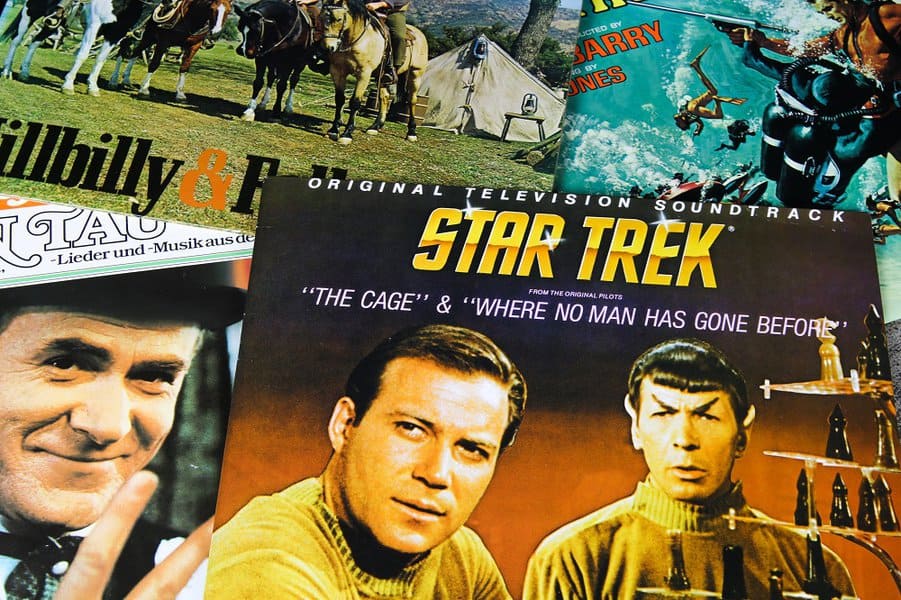 It seems there are a lot of wealthy individuals who are also big movie buffs. And while most of these people have state-of-the-art cinema rooms in their homes, many also like to spend their money on props from their favorite films. Ben Stiller bought a pair of Spock’s ears at an auction for $27,500 while Leonardo DiCaprio splashed  $300,000 on the actual Maltese Falcon statuette from the classic John Huston movie.

Elon Musk is another movie fan whose purchase makes total sense considering he sees himself as some type of hero of the modern generation. He got his hands on the Lotus Esprit car from James Bond’s The Spy Who Loved Me for $886,000 in 2013. Anyone who has seen the movie will know that the car can not only drive on land but transforms into a submarine and can be driven underwater.

“I was disappointed to learn that it can’t actually transform,” Musk told Insider. “What I’m going to do is upgrade it with a Tesla electric powertrain and try to make it transform for real.” No word on whether he has achieved his goal yet. 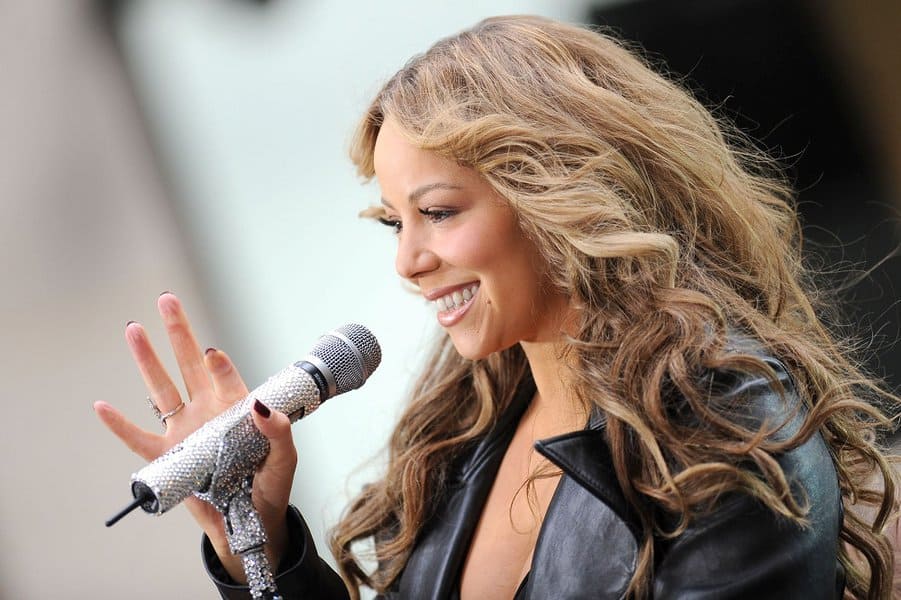 There is no better way to show how rich you are than by throwing a party and having a celebrity turn up. While this is the norm for celebrity parties, for other wealthy people, this is an almighty flex. There are countless stories about millionaires hiring famous actors to make appearances or singers and bands to perform at their parties or for their children. It’s even parodied in Entourage when the lead character Vincent Chase attends a sweet 16 after he becomes bankrupt.

Mariah Carey got paid between $2 – $5 million for a private appearance at a Brazilian New Year’s party in 2015. Jennifer Lopez pocketed $5 million for singing at the wedding of Russian oligarch Mikhail Gutseriyev’s son Said Gutseriyev. Then there is Kim Kardashian who is alleged to ask for around $700,000 per appearance, which is on brand for her. 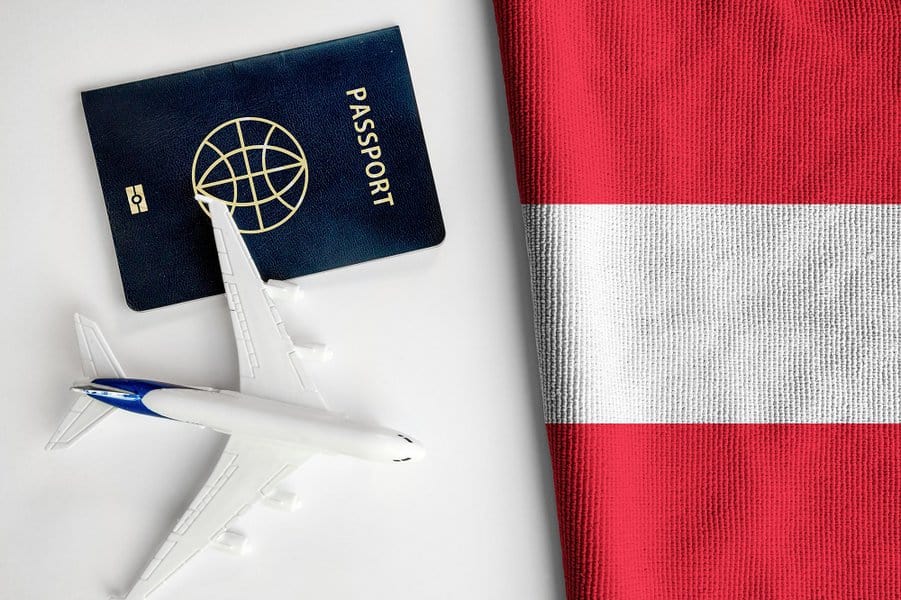 Most people get a second passport after living in another country for an extended period of time. America, for instance, requires that you meet certain criteria before there is even a remote chance you will be offered citizenship and another passport. But in some countries, all it requires is a little money to grease the wheels.

Austria, Cyprus, Malta, Turkey, and several Caribbean islands are among the countries where you can simply buy a new passport, for the right price of course. It’s estimated to set you back around $1 million to become a citizen of Malta, while Cyprus will cost you $2.3 million. If you want to move to Austria, you’ll have to be filthy rich, as a new passport will cost you $23.7 million. 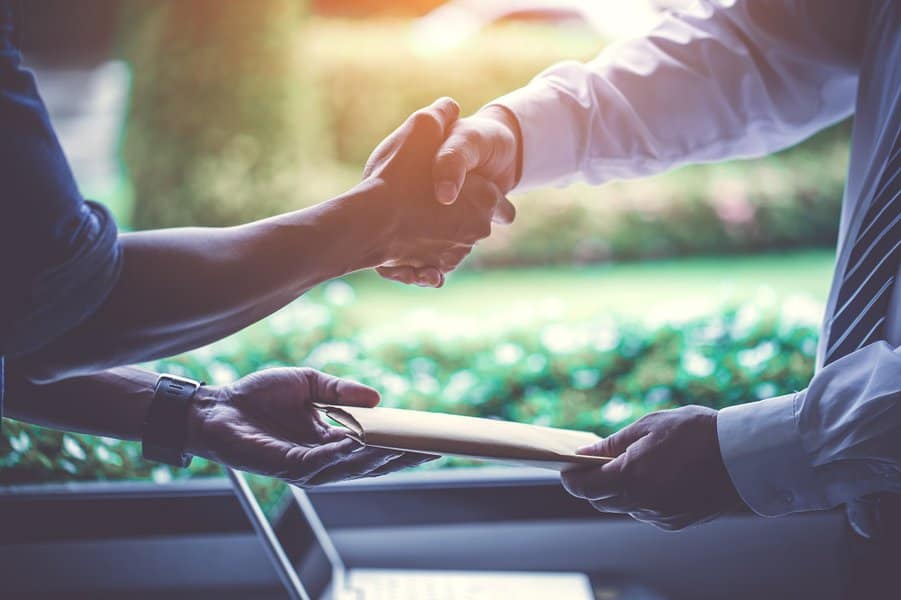 Yes, this is a thing. When you are super rich there is always the chance someone is going to come after you for your money. Especially if it’s made in a dodgy way. To be fair, most people that get kidnap insurance are millionaires who travel a lot for work to less-than-stable countries. The insurance includes everything from ransom money to private tactical teams that can be sent in to rescue the kidnapped person.

Kidnap insurance is actually offered by many big insurance firms and isn’t as strange as it seems. It can actually be quite cheap, depending on who you are of course. Anyone with a worldwide profile and lots of money could be paying anywhere from $500 to a few million for this type of insurance.

11. Watch Movies on the Day They Are Released in Cinemas 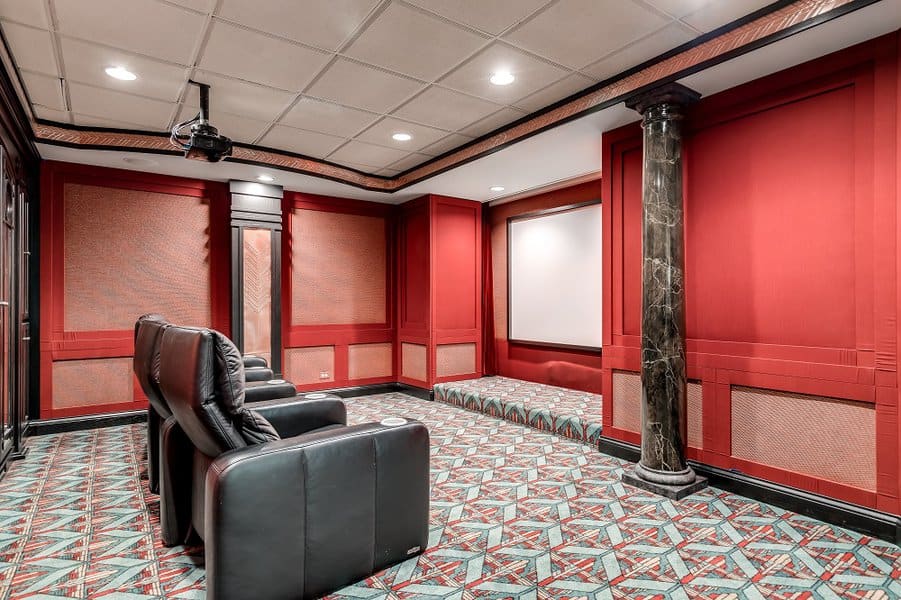 These days with the advent of streaming services many movies are released simultaneously in the cinema and online. But there are still those big blockbusters that can only be seen in the cinema. Unless you are rich. Services such as Prima Cinema and Red Carpet Home Cinema allow those with big bank balances to rent movies on the day they are released and watch them in the comfort of their own home cinema.

The cost to rent a movie varies, but is roughly around $500. That might not seem like a lot of dough, but the actual system that must be installed to play the movies hits the bank balance. Prima Cinema charges around $35,000 to install their system, which is a bit more expensive then heading to a crowded cinema.

12. Gold Pills That Turn Your Shit Into Gold 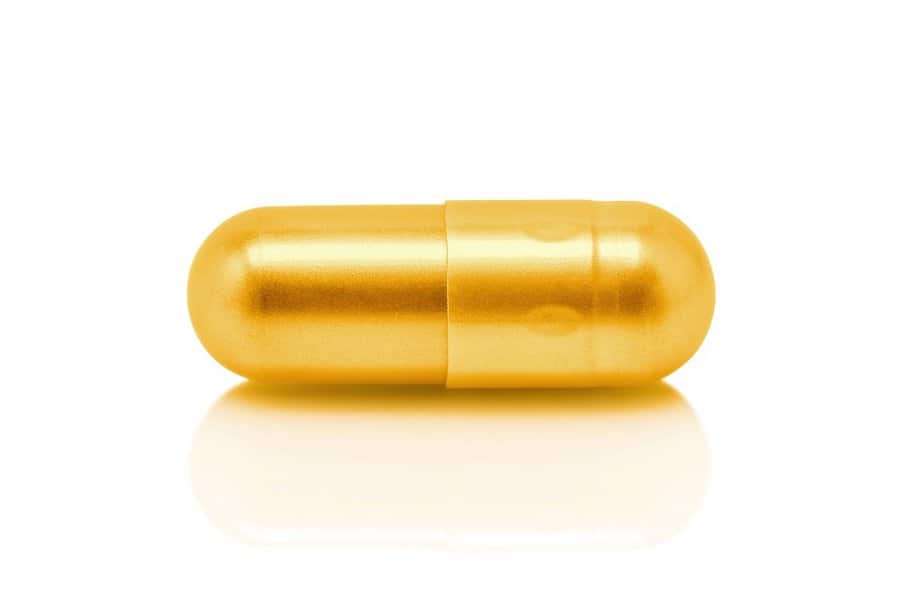 Look, we don’t actually know if rich people take these, but considering the price, we have to assume so. The creation of designer Tobias Wong (the man behind the clothing label Just Another Rich Kid), Indulgence Golden Pills are 24K gold leaf capsules that turn your poop into sparking nuggets. But it’s not cheap, with a set of three pills costing a whopping $425. Still, if you’ve ever wanted to say you shit gold, this is the gift for you.

See more about - 15 Richest Celebrity Couples In The World