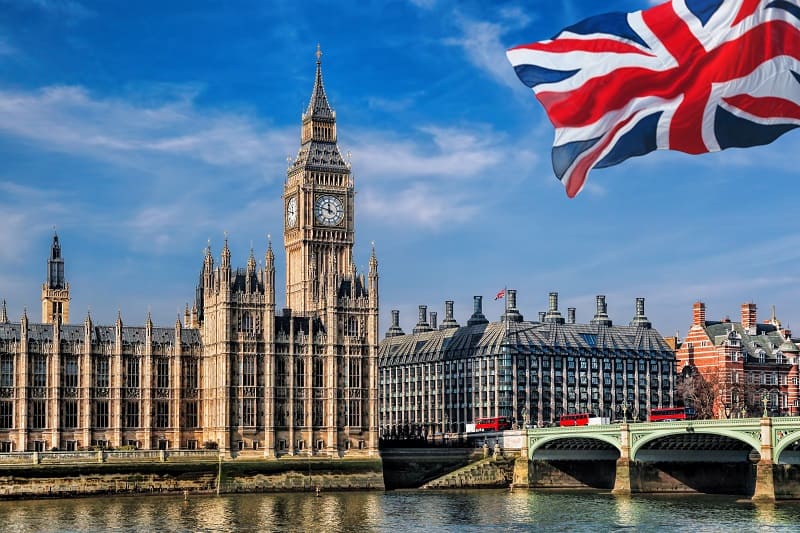 The 9 Best Places To Visit in the UK

The UK has been a tourism mainstay for decades, and despite a lull due to the pandemic, the nation is getting ready to make a comeback in terms of remaining at the top of most traveler’s bucket lists. To help move things in the right direction, we’re “Minding the Gap” with an easy-breezy list of recommendations to help any traveler find their way through “Old Blighty.”

The UK consists of four countries, England, Scotland, Wales, and Northern Ireland. Located near France and other European nations, it’s famous for being a hop, skip, and jump away for many travelers. The recommendations rank our top three contenders followed by six very honorable mentions and a bonus suggestion outside the UK.

1. Make a Move in Manchester 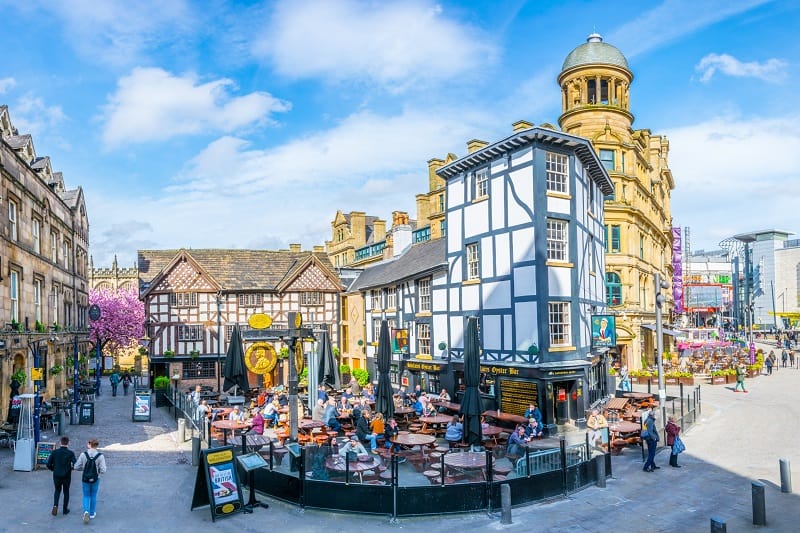 It seems like people are always raving about what a great home Manchester is, and we can see why. It has earned the top spot on our list. It’s where the industrial revolution first took off, bringing the world modern-day society as we know it. Technology just wouldn’t be the same without it. As one of the first cities in Britain to have trains and busses, it’s a city that’s accessible as much as it is historical.

What lands Manchester the number one spot is the famous Manchester International Festival, locally known as MIF. This summer program brings together artists and musicians from all over the world. In the July 2021 edition, it’s running from July 1st through the 18th.

The program proudly boasts a roster with acts from over 20 different countries. Be sure to include a visit to “The Factory,” the festival’s new central space.

Luckily, if you can’t make it to Manchester just yet, some of the festivities will be live-streamed, giving wanderlusting travelers a chance to get a sneak peek of the action. Music buffs, in particular, will love a stop in Manchester because of its rich cultural history, with the likes of Joy Division, The Smiths, The Stone Roses, and Oasis hailing from this diverse city.

2. Get Lucky in London 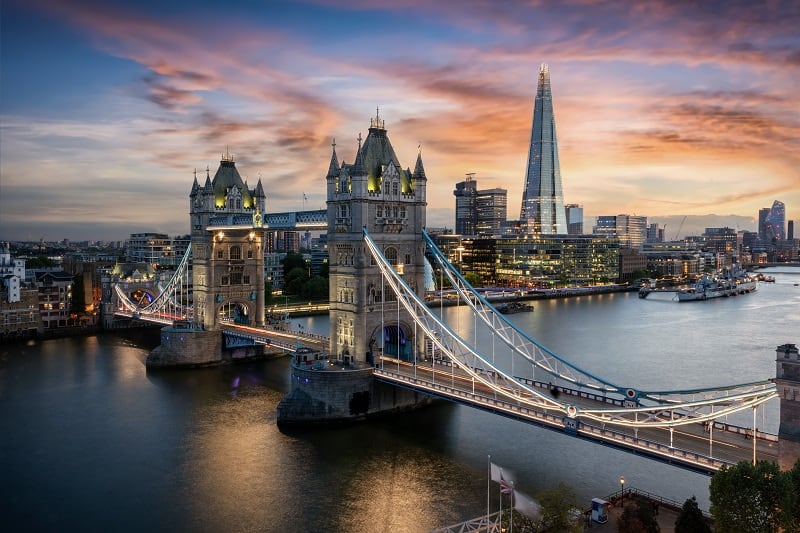 London scores the silver medal on our UK countdown. In the United States, if somebody says “across the pond,” most people immediately conjure up images of Harry Potter, Big Ben, London Bridge, and maybe her Majesty herself.

Since the 1800s, London has been a hustle and bustle hotspot for global tourism. Vintage postcards of St. Paul’s Cathedral or the Tower of London remind us of why this major city has always been such an icon.

Now instead of gaslit lamps reminding us of the stories told by Charles Dickens, we see a modern metropolis filled with the spirit and international pizzaz any good bloke can enjoy. It isn’t necessary to lay out all the must-sees for London as there are hundreds of guidebooks that do a very thorough job. Instead, we’ll just mention two ideas to pencil in on your agenda.

The first is visiting the London Zoo. It’s a classic excursion that suits solo travelers, friends, couples, and families. It’s great for a little people watching or to brush up on your understanding of natural history or biology.

Nearby, visit The Ivy St. John’s Wood. The dining hall is spectacularly designed with images of birds and plenty of mirrors that allow oodles of natural light to flood the space. There’s a special weekend brunch menu.

3. Don’t Rule Out Cardiff in Wales 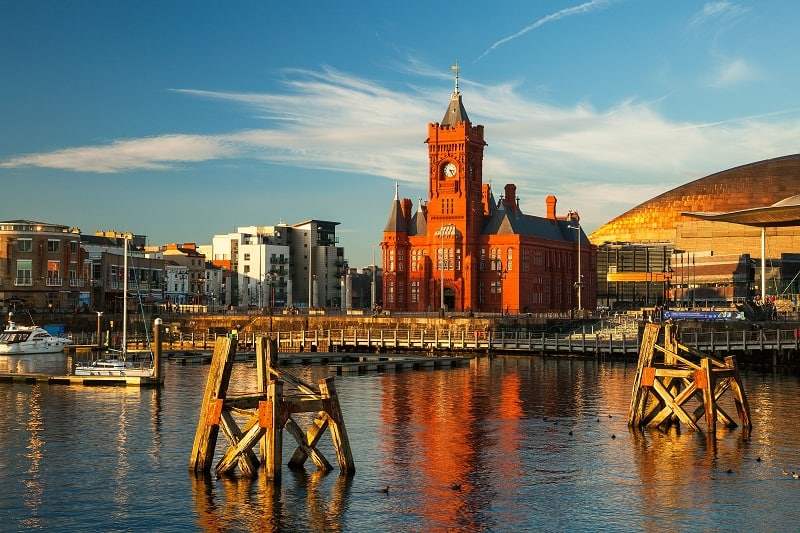 The bronze goes to a sort of up-and-comer, Cardiff, the capital of Wales. The city has been the most important in Wales for ages, but now people are starting to really appreciate it in new ways. It’s the eleventh biggest city in the UK, one of Wale’s 22 geographical areas. It’s also rumored to be the biggest commercial city in Wales.

In Glamorgan, the city/county sits on the Bristol Channel on the River Taff. It’s only about 240 km from London (150 miles). The locale has gained traction since becoming the filming place of Doctor Who which regularly plays on the BBC.

Our top pick for the “things to do” category is the National Museum. Bring your camera so you can get a picture with the Basking Shark that hangs above the ceiling, one of the largest fish found near Wales.

4. Visit Inverness in the Spirit of Macbeth 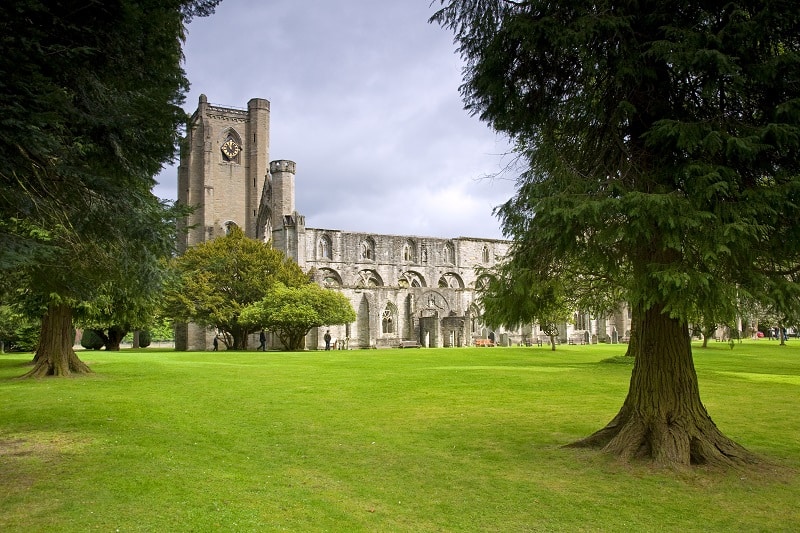 Scotland is famous for many reasons, one of which happens to be the setting for William Shakespeare’s play, Macbeth. Inverness has a lengthy history stretching back as far as 565 AD when St. Columba was recorded as a preacher (way before Shakespeare entered the stage).

Today, Scotland is so tied to the play that tours for fans of the work are popular. On a Macbeth-themed tour, spots include Dingwall and Inverness. To make the most out of your excursion, consider booking the real Macbeth tour.

The tour provider states that guests can trace Macbeth’s footsteps. In fact, the difference between the historical Macbeth and that of Shakespeare may lead tourists to reexamine how they understand the figures.

The tour includes lunch and entry fees. It starts with a boat trip and lunch at Scone Palace. Later, there’s a visit to the Dunkeld Cathedral. Then the tour rounds itself out with the sights of Birnam Wood and Dusinnane.  The tour even uncovers some of Shakespear’s inaccuracies!

Logistics: The tour is only one day and accommodates up to sixteen individuals. It starts in Edinburgh.

5. You Can Count on Canterbury 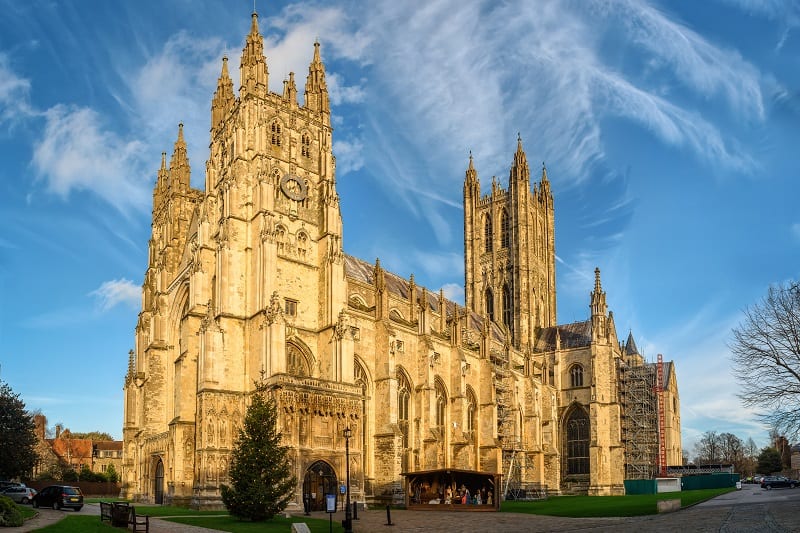 Canterbury is famous for providing us with one of the pillars of world literature, The Canterbury Tales. With some careful planning, you should be able to leave the town with a few sordid anecdotes of your own.

The famous work tells of citizens making a spring pilgrimage, eager to share their stories. It provides a kaleidoscope of perspectives (some raunchy), something that still makes Canterbury exciting and loveable today. The geography offers something for everybody: urban life, coastal bodies, and countryside chic are all on the menu.

Tranquility is plentiful, but so are modern conveniences like Wi-Fi and luxury furnishings. With a stay, entrance to the cathedral is covered, and an English Breakfast sets the tone for each day. If you’re a true bibliophile, you’ll revel in the Library’s gentle ambiance while cherishing the cozy environment that is Canterbury.

6. Call Yourself an Oxford Man 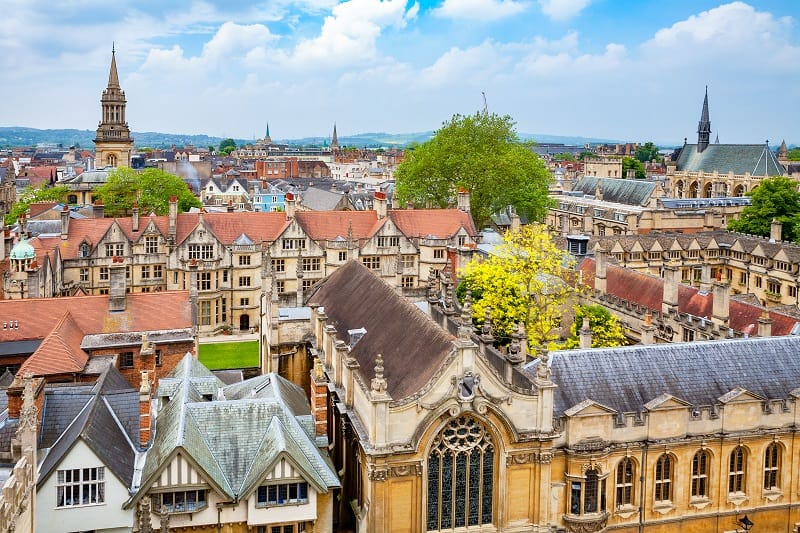 There’s Princeton and Yale, and then there’s Oxford. It’s a city in the southern/central region of England. Here, everything can be traced back to the University’s distinguished presence. Opened in the 12th century, it boasts 39 unique colleges and/or halls across the city’s medieval city center.

The college setup is unique in that it governs small fractions within a major one, giving resources to unique groups that carry varying perspectives. This means the community here is not only brilliant but also diverse in nature. Maybe you’ll like it so much you’ll decide to stick around for a term!

7. Sore Over Stonehenge/Salisbury in a Helicopter 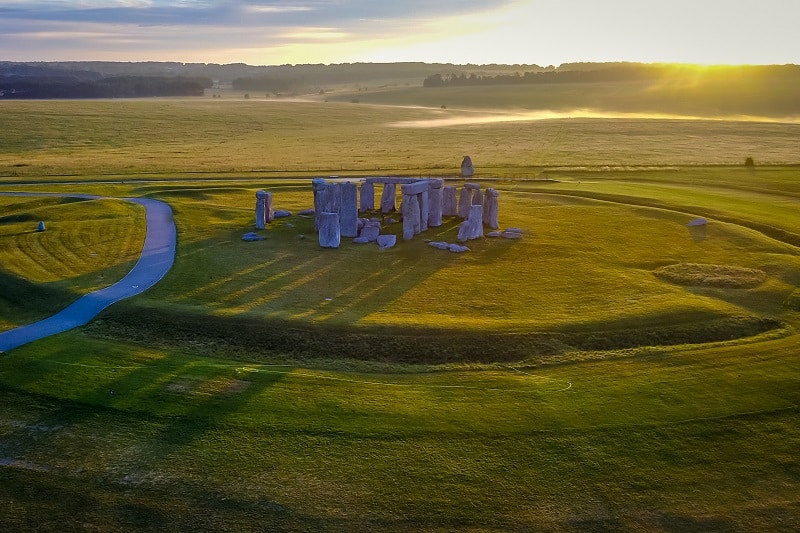 The only reason Stonehenge falls so low on our list is that a visit to the World Heritage Site almost goes without saying!

It’s a 5,000-year-old monument on Salisbury Plain near Wiltshire, England. The outer ring of stones is vertical, standing about four meters tall and just over two meters wide. Each piece weighs an estimated 25 tons. It’s believed to come from the Neolithic and Bronze Ages.

It’s perhaps one of the most well-known landmarks in all of the UK. Since 1882, it’s been under government protection, attesting to how prized a space it is. Do the tour in a helicopter to one-up the pedestrians.

A 60 minute tour (30 minutes flying) provides breathtaking aerial views. You’ll be able to catch a glance at the burial mounds throughout Salisbury, giving you a better perspective on the area’s spiritual significance. On the helicopter tour, you’ll be able to scope out the Stones at Avebury or Salisbury Catherda’s spire.

Hint: If you’re into crop circles, research more about Wiltshire. Locals have booked tours just to get a bird’s eye view of the streets they know and love!

8. Go the Cultural Route in Glasgow 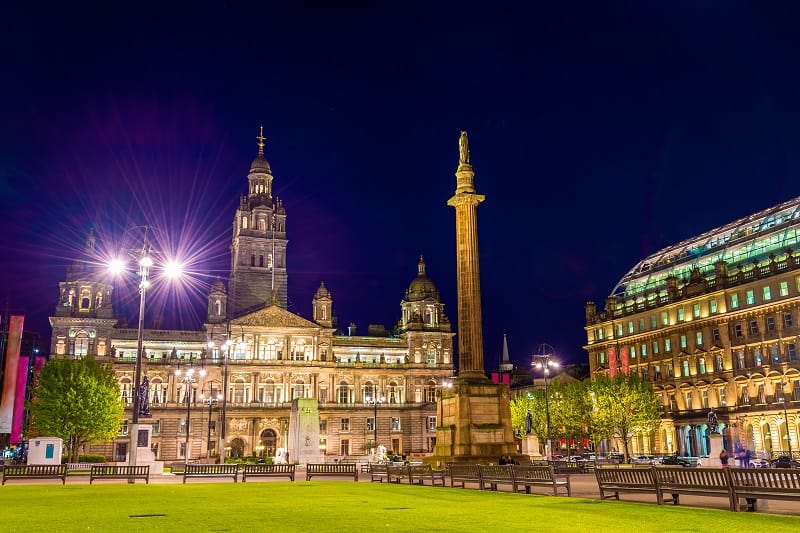 In Scotland, one of the land’s most vibrant cities is Glasgow, where there’s no shortage of activities. Although number eight on the list, as far as “things to do” goes, this place is tops.

Glasgow is a large place with various neighborhoods, so it’s easy to make a vacation out of exploring each and every one. In fact, architecture is a major crowd-pleaser.

What’s on the agenda here? You have to check the calendar before heading to Glasgow. There are always plays, sporting events, and festivals happening throughout the city. When in doubt, book a tour. With Glasgow Gander, tourists can enjoy famous sights like the Royal Exchange Square or the Glasgow City Chambers. Don’t forget to visit High Street, too. 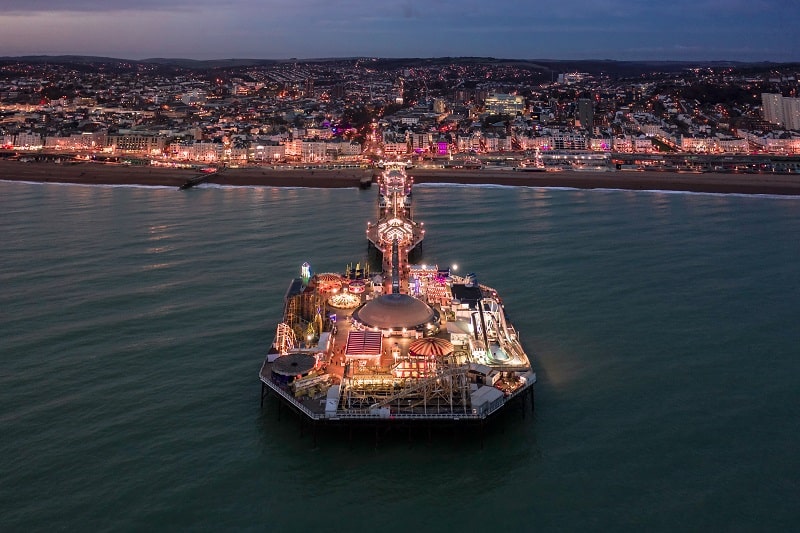 June is pride month, and there’s no better place to ring in the season than Brighton, England. The city’s tourism promoters welcome people from the LGBT community and beyond. The area to be spotted is Kemptown, where the streets are intricately dotted with restaurants, delis, hotels, and pubs.

Brighton is known for its large-scale Pride festival, one of the biggest in the UK. The event maintains a prosocial purpose which makes it all the more meaningful to attend.

There’s even a local radio station dedicated to queer audiences. Any month of year warrants a visit to The Queen’s Arms. Here, the name of the game is drag. It feels like a hidden gem even though everybody knows about the hijinx and fun that ensue under the glimmering ceiling each evening.

Activities vary night to night as do the crowds. One day you might find karaoke and another a cabaret show. Long story short, what we like about Brighton is that people are free to be themselves.

BONUS: Don’t Forget Dublin (not in the UK) 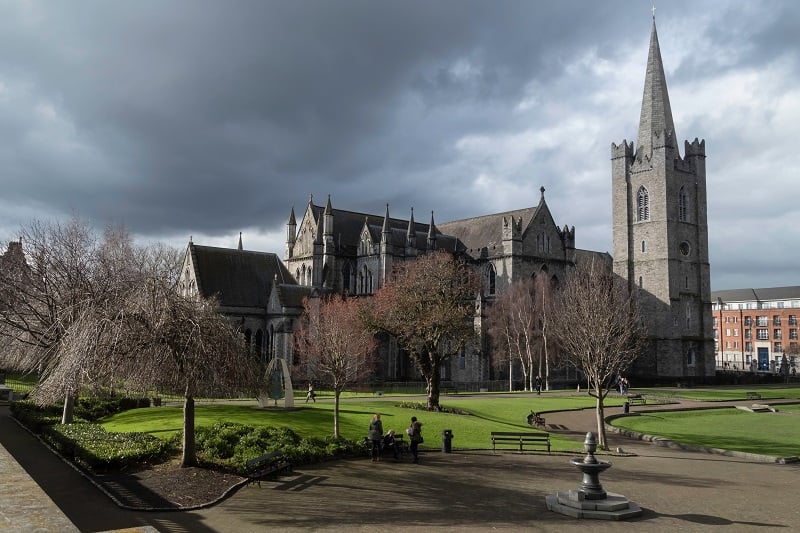 Dublin presents a major draw for people who love Irish history and Irish beer. It’s the capital of the Republic of Ireland, located on the River Liffey on the East Coast.

It’s not part of the UK, but it’s still worth checking out while you’re in the neighborhood, so to speak. It’s an old city. Buildings like the Dublin Castle were brought to light in the 13th century.

Another can’t-miss sight is St. Patrick’s Cathedral. Large city parks make for excellent walking, even on drizzly days. If that’s too dreary for you, the National Museum of Ireland provides an excellent secondary option.

Travelers might also consider paying the Guinness Storehouse a faithful visit. Here, the company’s history is told in such a way that homage is paid to the famous beer. Beyond the history lesson, culinary options steal the scene. In the onsite bars, their menus are open to all, tour or not. Burgers and flatbreads provide a cure for the munchies while specifically offering tastes that suit Guinness beers well.

Don’t skip dessert! Nothing pairs better with a Guinness than their Bailey’s cheesecake. From Manchester to Oxford to Brighton and back again, all of the stops in the UK (and Ireland) are sure to please. Keep your eye on the pandemic restrictions, so you’ll be ready for the green light.