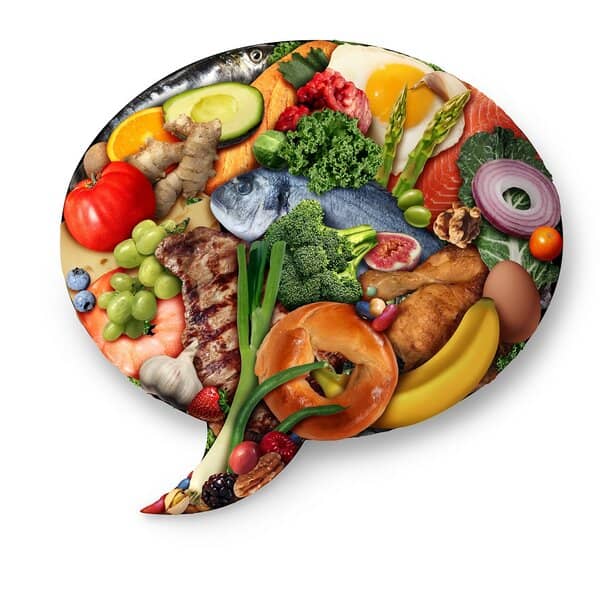 90 Amazing and Fun Facts About Food

Who doesn’t love food? Yeah, we need it to survive, but there is nothing better than sitting down to an incredible meal. Whether you have cooked something at home for yourself or are dining out at an expensive restaurant, food is incredible. And while eating it is great, there are a lot of things about how food is made and where it comes from that you probably aren’t aware of. This leads us to all the amazing and fun facts about food.

Did you know Pennsylvania is the mushroom capital of the world? Or how about the fact that cranberries bounce when they are fresh? These are just some of the weird and wonderful food facts you have probably never heard about. To educate you a little more about food and give you some conversation material at your next dinner party, here are 90 amazing and fun facts about food.

90 Amazing and Fun Facts About Food 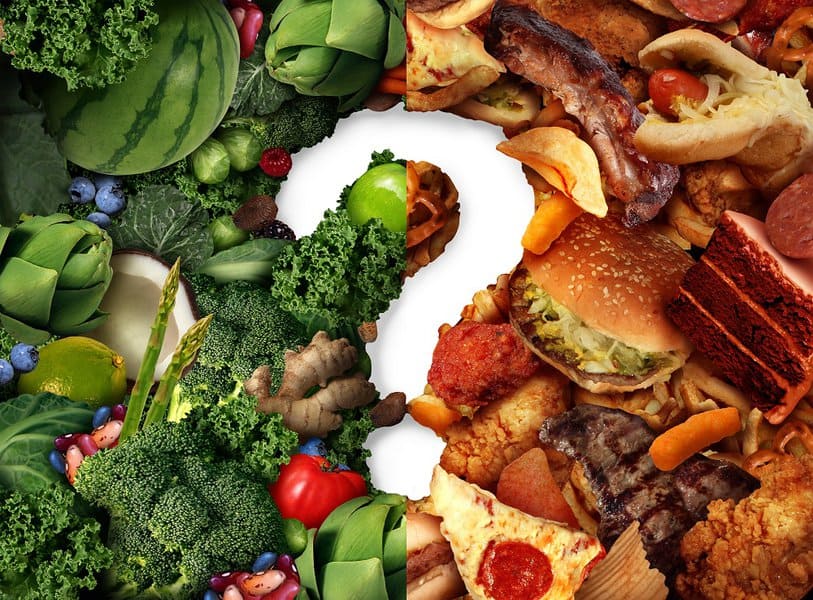 1. India produces, consumes, and exports the most chili peppers in the world.

They really love their chili.

Unlike most other nuts and seeds, cashews grow outside of the fruit instead of inside it.

If you need a protein boost, get stuck into some boiled broccoli.

4. Nutmeg can cause hallucinations.

You read that correctly. Two or more teaspoons can cause you to start seeing things that aren’t there.

There are many different colored carrots, including purple and yellow.

6. The average number of licks to finish a scoop of ice cream is 50.

Whoever got to test this out would have been in heaven.

It was first invented and used by the Mayan civilization.

That’s right, everyone’s favorite canned meat has its own museum in Minnesota. So if you’re ever passing through, be sure to stop off.

That’s right, tomatoes have been part of Mexican cuisine many years before they turned up in European cultures.

That’s a lot of peanuts for one jar of peanut butter.

12. Honey is regurgitated by bees.

If you want to know what honey is at its core, it’s pretty much bee vomit. Bees collect the honey in their stomach and they regurgitate it back at the hive. Yummy.

You might already know this, but there are plenty of people who think they are the same thing. They come from different families of plants.

They are in fact seeds.

When the franchise opened in Russia during the 80s, the Moskva, a pie topped with tuna, sardines, mackerel, salmon, and onion, was the best seller.

He claimed to be the man behind everyone’s favorite snack, but there is debate whether it was actually him.

18. Cranberries bounce if they are fresh.

So just drop them on the floor at the supermarket to tell if they are worth buying.

19. French Fries are not French.

They actually originated in Belgium.

20. Pennsylvania is the mushroom capital of the world.

Kennett Square in Pennsylvania is closely followed by California as the largest exporter of mushrooms.

21. The majority of balsamic vinegar sold in the United States isn’t real.

It has to be from Modena to be classified as actual balsamic vinegar.

22. M&Ms are named after their creators.

The much-loved chocolate was invented by Mars and Marrie.

23. Figs contain dead wasps inside them.

Don’t worry, they are absorbed by the fruit so you won’t end up finding a dead insect in your fig.

24. The filling in Kit Kats is made with crumbs from broken Kit Kat bars.

Waste not, want not. Good work by Nestle.

25. A pound cake gets its name from the weight of ingredients used.

A pound of every ingredient that makes up a pound cake goes into it.

26. Cotton candy was created by a dentist.

A great way to keep yourself in business.

27. Rhubarb makes noise as it grows.

Rhubarb farmers say you can hear a cracking sound as the buds open.

28. The average person will eat almost 3,000 PB&J sandwiches in their lifetime

This is according to a 2016 survey by Peter Pan Simply Ground Peanut Butter.

29. There is such a thing as a Kentucky Fried Chicken pizza.

A collaboration between KFC and Pizza Hut resulted in the Popcorn Chicken Pizza.

30. Shellac is the reason jelly beans are so shiny.

It’s listed as “confectioner’s gaze” on the ingredients.

While they are pretty much the same thing, limes are slightly more dense, meaning they sink to the bottom of a glass instead of floating on top like a lemon.

Despite the different colors, they all have the same sugary taste.

33. Raspberries are a part of the rose family.

Along with As are cherries, apricots, plums, pears, apples, quinces, peaches, strawberries, and blackberries.

Titanium dioxide is an ingredient used in sunscreen that gives Ranch dressing its white color.

35. Pretzels were once a symbol of love.

This occurred during the 17th century. Legend has it that a Swiss royal family had a pretzel as part of their wedding to illustrate their undying love for each. This is where the phrase “tie the knot” comes from.

36. Apples give you more energy than coffee.

Instead of an expresso, grab an apple and get your fill of high carbohydrate, fiber, vitamin C, and mineral content.

37. Popsicles were invented by a child.

An 11-year-old child by the name of Frank Epperson made the discovery. He left a mixture of powdered soda, water, and a mixing stick out overnight on a freezing night and woke up to find he had created the first ever popsicle.

Not only are the Mexicans responsible for the humble tomato, but this culturally diverse nation also came up with the Ceaser salad. Chef Caesar Cardini (hence the name) created the dish when he threw together the salad using random ingredients after he ran out of ingredients at his restaurant. People loved it so much that it became a staple and soon spread throughout the world.

40. Fear of cooking is a real phobia.

Don’t like getting stuck in the kitchen cooking up a feast? You might have mageirocophobia, which is a fear of cooking. A good reason not to have to cook at home.

Most of these are consumed during baseball games. That’s a lot of dogs.

42. The stickers on fruit are edible.

No need to worry about chowing down on a sticker.

43. Green, yellow and red capsicums are not the same vegetable.

They are all unique plants.

It doesn’t actually contain any dark chocolate, but it does have lots of cocoa butter.

45. One fastfood burger can have meat from 100 different cows.

It’s made from ground beef that comes from multiple sources.

46. There is a reason why crackers have holes in them.

The holes prevent air bubbles from running the baking process.

The word is “pfefferminz,” which stands for peppermint.

48. Ketchup used to be used as a medicine.

In the 1800s people thought tomatoes had medical qualities. A pill was made that was said to prevent diarrhea and indegestion.

As it is raised on different food than wild salmon, it is actually white, so has to be dyied .

50. Applesauce was the first food eaten in space.

Unfortuantley there was no pork with the applesauce.

51. The red Skittles are made from boiled beetles.

52. Potatoes were planted in space.

They are the first vegetable to ever be planted in space. They were brought on board the Space Shuttle Columbia in its Microgravity Astroculture Laboratory during its 1995 journey.

It was actually invented in Switzerland and created by Waltz Gerber and Fritz Stettler.

54. Crackers are worse for your teeth than sugar.

While sugar can damage your teeth, crackers get stuck in your teeth and are a breeding ground for bacteria.

55. One in four hazlenuts can be found in Nutella.

Nutella is so popular around 25% of all hazelnuts are found in the trasty spread.

Some can stay fresh for over one year.

57. Radishes were once used as a form of payment.

The Egyptians used to give radishes, onions, and garlic as payment for workers.

59. The first gum was made with birch bark.

It was created almost 9,000 years ago

He often served it to guests who would then make it themselves.

It was Neapolitan with chocolate, vanilla, and strawberry, but was changed to just chocolate during World War II to save rations.

Carrageenan is a type of seaweed often used as a thickening agent in chocolate milk, ice cream, and cottage cheese.

63. Pumpkin pie has been around for decades.

It was first served during the second Thanksgiving in 1623.

64. Japanese chefs train for two years before they are allowed to serve pufferfish.

This is due to how deadly the delicacy is.

65. Twinkies don’t actually have any real cream inside them.

The cream is actually vegetable shortening, which is like creamy fat.

66. Margherita pizza is named after a queen.

King Umberto I and Queen Margherita visited Naples and wanted to like commoners, so ordered a pizza. The queen loved the mozzarella pizza so much that they named it after her.

67. Oranges have the same number of pieces.

There are usually always ten segments in one orange.

Four lobes mean they are sweeter and best eaten raw, while three lobes are best for cooking.

70. Lollipops have been around since the dawn of man.

It’s believed cavemen came up with the idea by using sticks to collect honey from beehives, which they would then lick.

The paisley pattern is based on the mango.

They contain cyanide, but if cooked correctly are harmless.

73. Wedding cakes were once savory.

Traced back to Ancient Rome when the groom would smash a barley cake over the bride’s head.

74. Pineapples are named for their appearance.

This probably won’t come as a shock, but early explorers called them pineapples because they resembled pine cones.

75. Frozen peas are just as fresh as normal peas.

This is because they are frozen within two hours of being harvested.

If you aren’t sure of the quality of your eggs, throw them in a bowl of water. If they sink, they are good, if they float, get rid of them.

78. Chickpeas have many different names.

These are used to catch bugs, so make sure you wash your beans before eating them.

Intersting fact this one. Although they won’t kill you, they do contain something known as oxalic acid. Ingesting this can lead to stomach and kidney issues.

82. There is no real difference between white and brown sugar bar the color.

Brown sugar is just white sugar with some of the molasses that is removed during the refining process added back.

83. Coconut water can be used as plasma.

It has high levels of sodium and low potassium like blood, but should only be used in emergencies.

84. Hot chocolate tastes better out of an orange cup.

An experiment was conducted where 57 volunteers tried hot chocolate out of white, cream, red, and orange cups. The overwhelming favorite was the orange cup.

85. Macaroni and cheese is the most popular cheese recipe in the United States.

It can be made using any of the 2,000 varieties of cheese on offer.

86. Australians eat the most meat.

87. Only 20% of Americans drink their coffee black.

Most prefer it with a little milk.

It’s named after the fermented noodle laganon, which the Greeks loved. The Italians discovered lasagna when Ancient Rome conquered all before it, with the recipe eventually coming to North America with the migrants who made their way over in the 1800s.

Technically speaking, this is because they grow from a single flower.

The next most popular is BBQ.