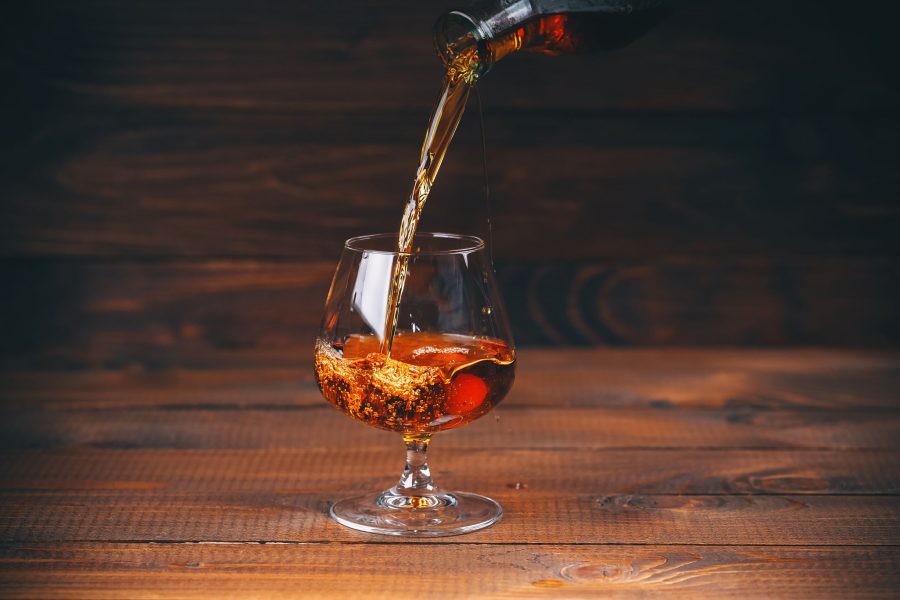 Brandy is a spirit of distilled wine or fermented fruit juice but usually refers to grape juice. Other mash references the fruit that they’ve been made from, such as apple brandy.

Often associated with wealth and luxury, brandy is interesting because of different interpretations of the alcoholic beverage and polarizing legislation about how it’s defined, distilled, traded, and consumed. 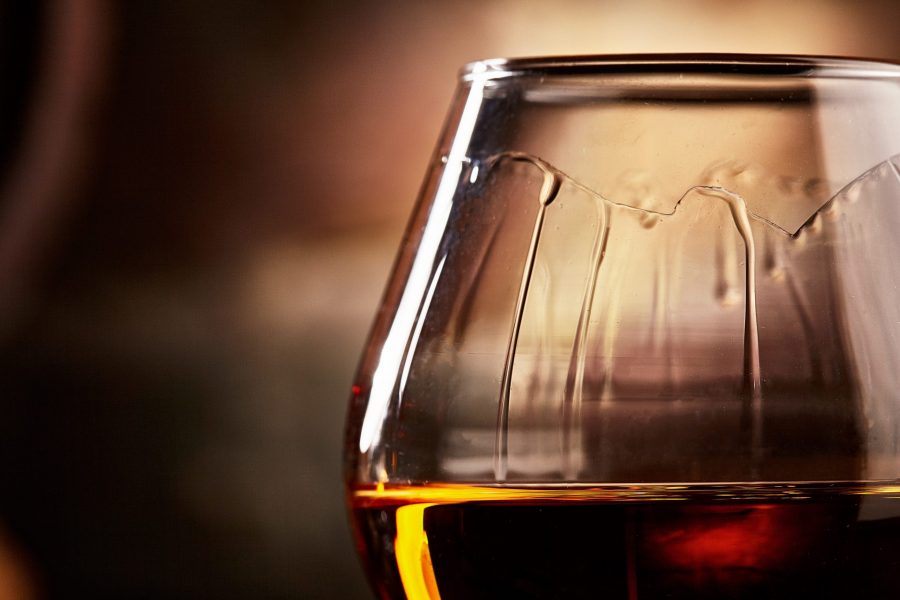 The most famed varieties, such as and Cognac and Armagnac have categories for you to learn about when making the decision what to buy. Iterations such as Pisco from South America are now increasingly popular as the global market for quality liquor broadens.

Sure, you can head to your liquor store or online retailer and buy a bottle with ease, however there’s more nuance to brandy and its close brethren than meets the eye. The follow article provides a definitive list of the types of brandy available and offers advice on quality brands for you to make purchases with confidence.

In simplest terms, Cognac is a type of white wine brandy that must be produced in the Cognac region of France, while brandy can be made anywhere in the world. Cognac must be distilled twice using copper pot stills and aged in French oak barrels for a minimum of two years.

As one of the most venerable alcohol producing regions in the world, Cognac is famed for its quality distillations and the brandy wine most associated with wealth, class, and sophistication. There are three distinct sub categories of cognac, based on age of distillation.

Below are a range of quality cognacs that you can try at different price points. 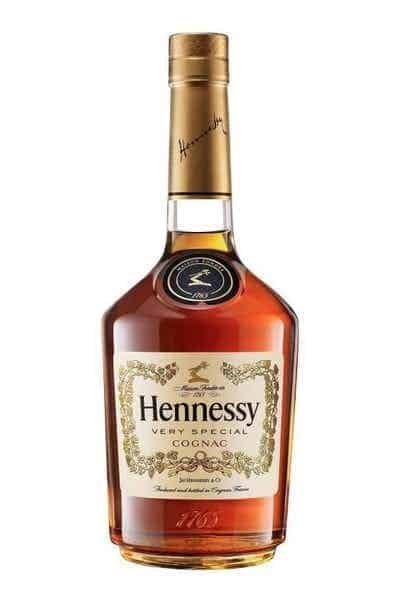 Hennessy accounts for nearly 50% of cognac sales worldwide, and it’s easy to see why. Hennessy VS Cognac is versatile enough to appear in a simple spirit drink, cracking old school cocktail, or you can enjoy it over ice.

The spirit offers vanilla and a nice hint of the French oak cask it’s been laid in, and Hennessy is crafted to exacting standards set by the Master Distiller and tasting committee that have been passed down from generation to generation. 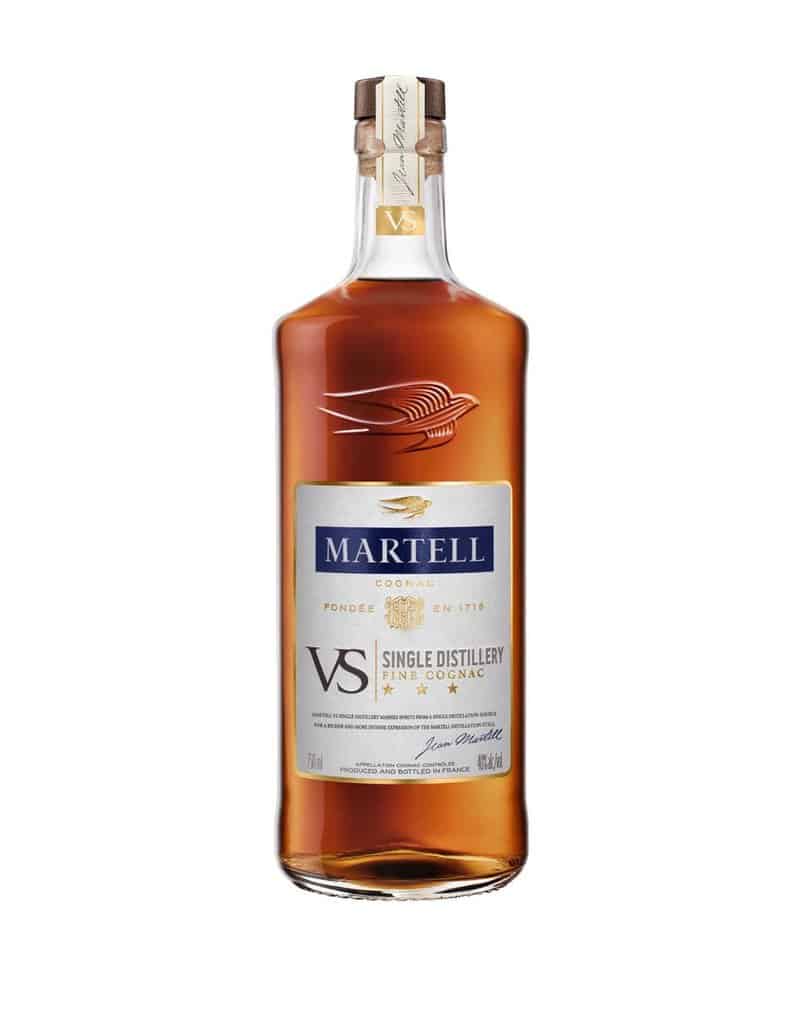 Martell is the oldest of the famed ‘Cognac Houses,’ having been in operation since 1715. A great introductory young cognac and perfect for a brandy cocktail (I’m partial to a Brandy Alexander), the VS Single Distillery offers a well balanced flavor profile that makes it easy on the palate, but with plenty of what my Nan used to call ‘medicinal warmth.’ 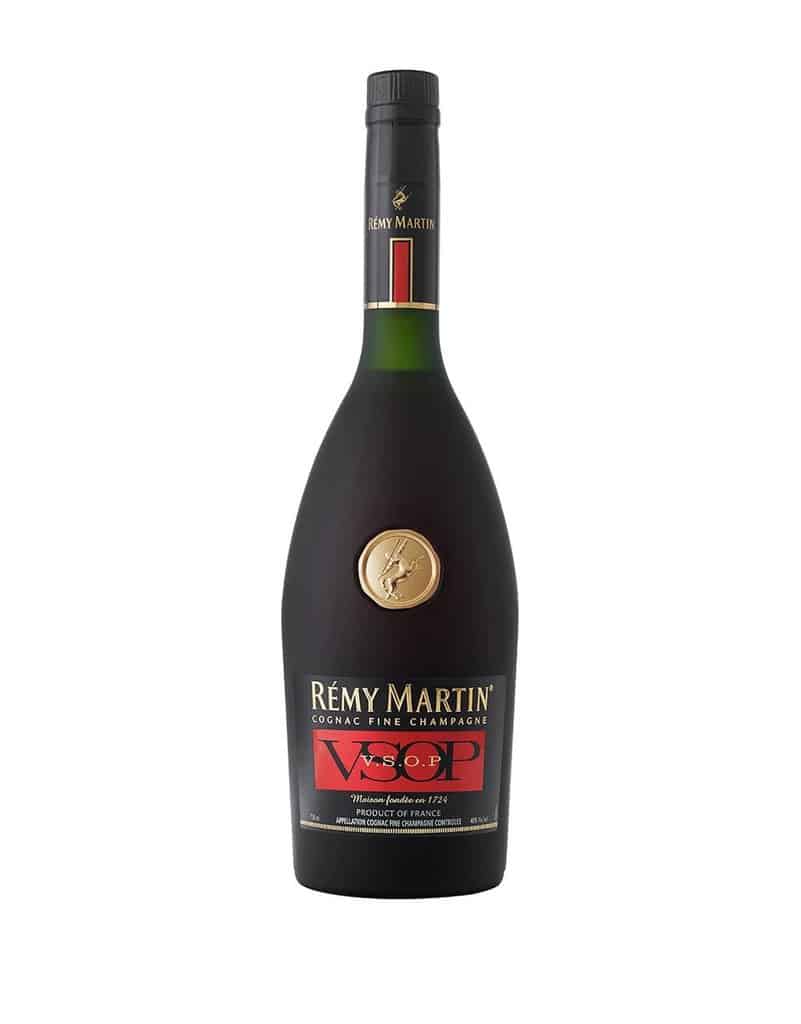 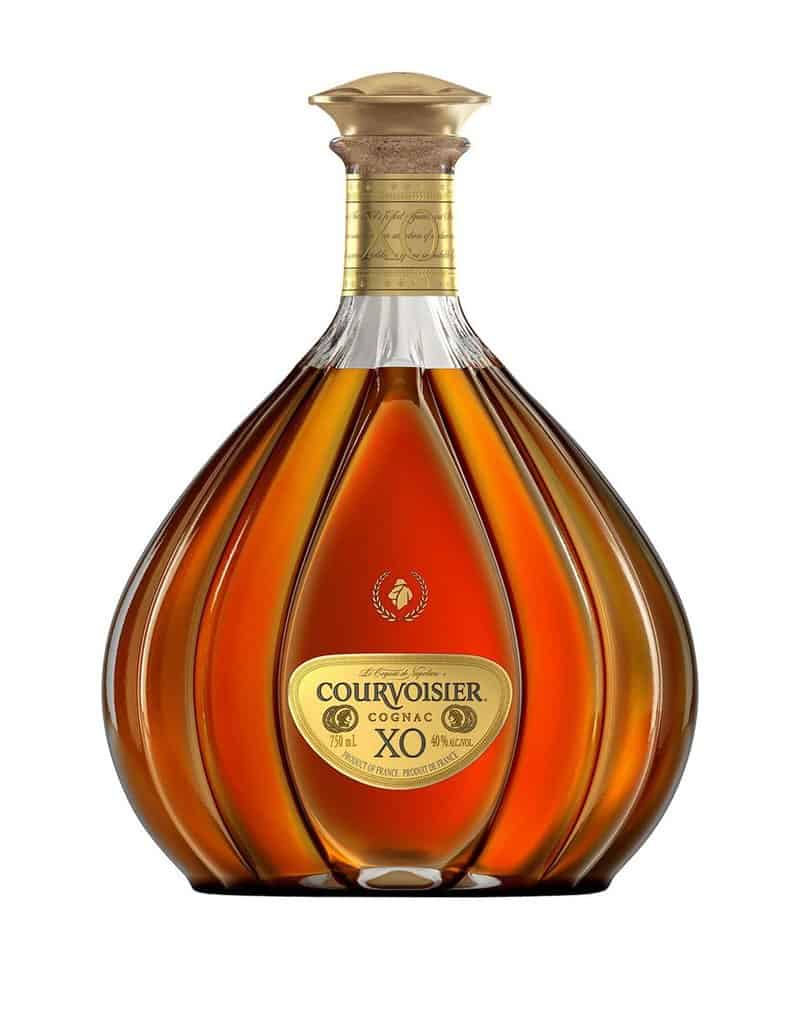 I learned about Courvoisier from A Busta Rhymes song many years ago. I’m positive this would be the bottle he was talking about. The youngest brandy offers the flavor of vanilla and caramel, but over decades the flavor softens to create a crème brûlée dessert taste in the liquor.

This is the go-to Cognac should you wish to drink it neat, with the Eaux De Vie having been aged between 11 and 25 years before blending.

Armagnac differs from cognac in distillation by using a single column distillation process to ferment the grape juice, rather than twice through a pot still. It’s also a series of smaller operations than the big business cognac distillers.

Taste wise, Armagnac tends to be earthier and thicker than cognac and is more often consumed neat as a dessert liquor. 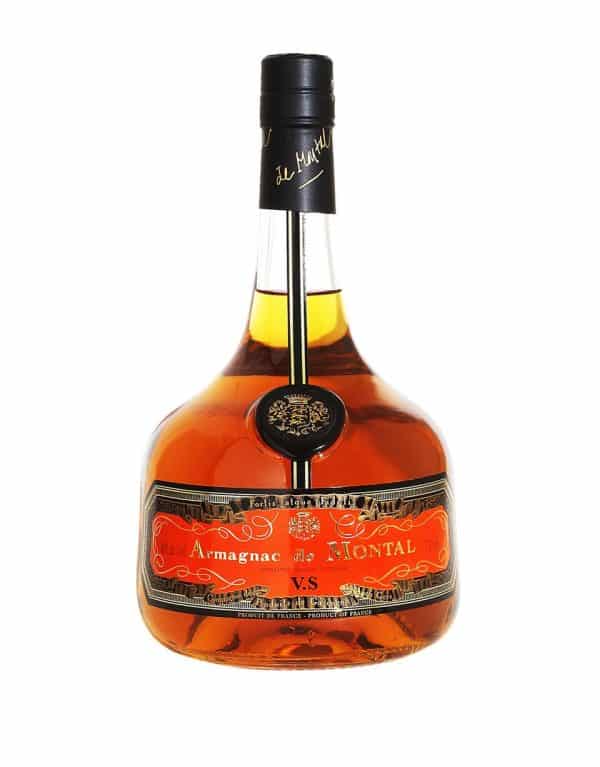 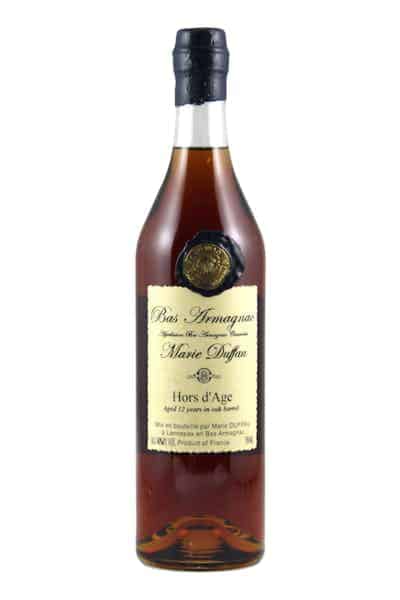 Produced by Freres Delord, this Armagnac comes from the Bas Armagnac region. Hors d’Age translates to beyond age, which is equivalent to at least ten years aged. Aged in oak for 12 years the resultant aged brandy is redolent of toffee, plums, and raisins.

Calvados is an apple brandy from the Normandy region of France. The market is much smaller than either Armagnac or Cognac.

Some Calvados distillers can combine as many as 100 different types of apples in production, ranging from sweet to sharp, tart and bitter. The longer that Calvados is aged in oak barrels (minimum two years) the smoother it tastes. 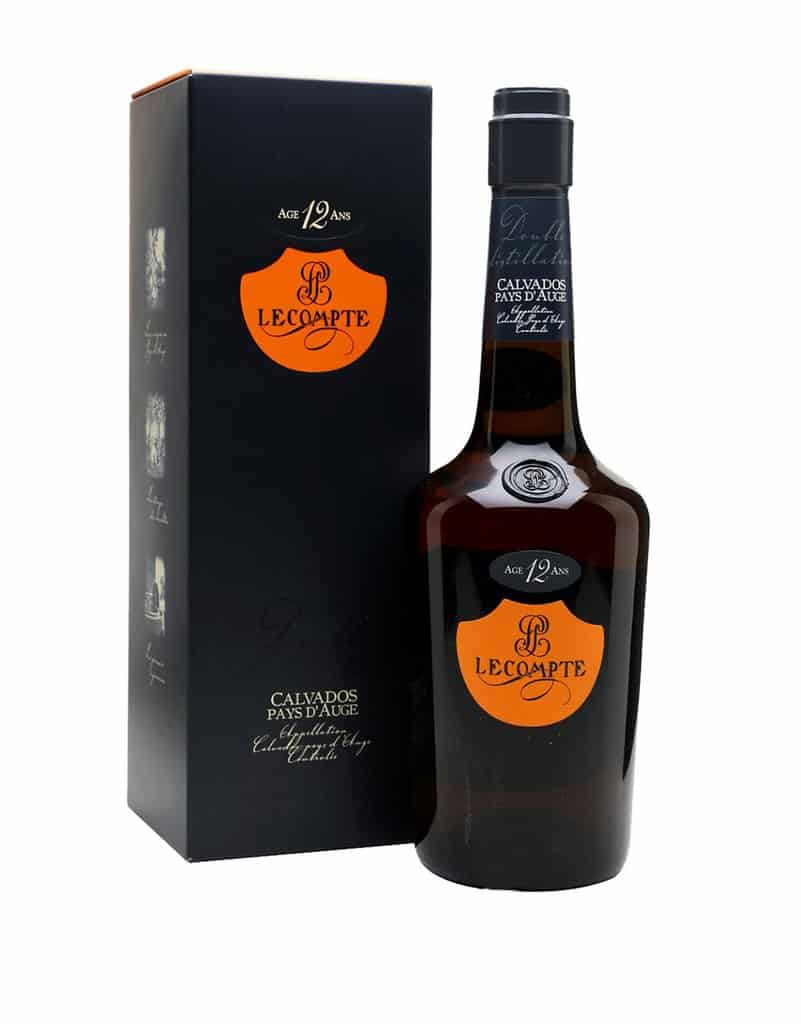 If you’re going out of your way to try an apple brandy, my belief is you start off with a quality aged brandy that’s smooth in taste. This Calvados has been aged for 12 years prior to bottling, creating a sweet fruit brandy that offers hints of spice such as nutmeg and licorice.

Most of Spain’s brandy is consumed in-country. If you’ve ever been on the tilt during a Spanish festival, you understand how it gets put to fantastic use. Brandy production is centered on the regions of Jerez and Andalucia, where production was learned from the 8th century Moors.

To be called Brandy de Jerez the alcohol must be aged in casks used for sherry and matured through a solera process (aged over time by fractional increments of blending). There are three regulated types of brandy de Jerez: Solera, Solera Reserva, and Solera Gran Reserva, which is considered the best of the three types. 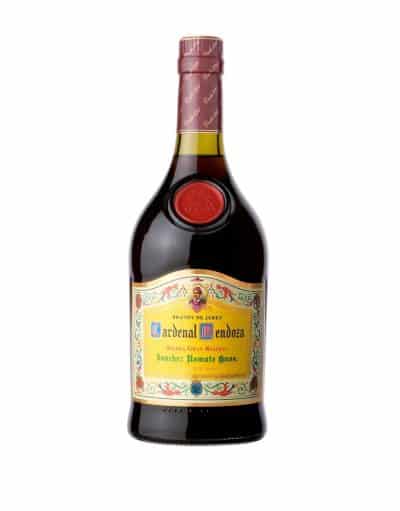 This rich and well-balanced Solera Gran Reserva is aged on average 15 years in Pedro Ximinez and Oloroso Sherry Cask, which are also used in Single Malt whisky and even rum maturation. The sherry from the casks lingers on the tongue and mixes irresistibly with the aged oak, providing a long sweet finish. 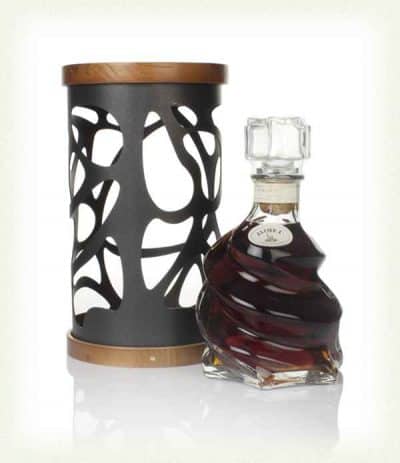 If I could choose the color for an alcoholic beverage, this would be high on the list. The deep color from the maturation in sherry casks gives this Torres aged brandy a wonderful dark ruby glow.

This rich, warm tasting Spanish Brandy would make a fantastic collector’s item given the tremendous bottle and packaging.

Pisco is a brandy, but a long way (both literally and figuratively) from European versions of the spirit. It can use up to eight varietals of grape, and is a much sweeter product than the sherry or oak cask softened Euro brandies.

Pisco is not aged in wood – with either glass bottles or stainless steel the way to mature it. Another interesting wrinkle lies in differing regulation on production in Peru and Chile, which means you can’t buy one version in the other country.

I spent the best part of six weeks in the Naughties navigating Chile top to bottom, and drank the legendary stuff either in cocktails or over ice. I was lucky enough to drink pisco over 2000 year old glacial ice a stone’s throw away from the Straits of Magellan, so I can’t recommend it enough. 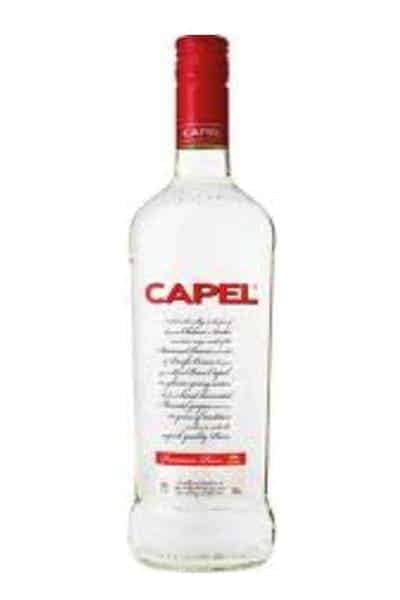 The grape mix of this pisco creates a fruity, herbal spirit equally at home as a cocktail component or straight over ice. A great starting point for the mixologist or newcomer to throw in a glass on a warm summer day. 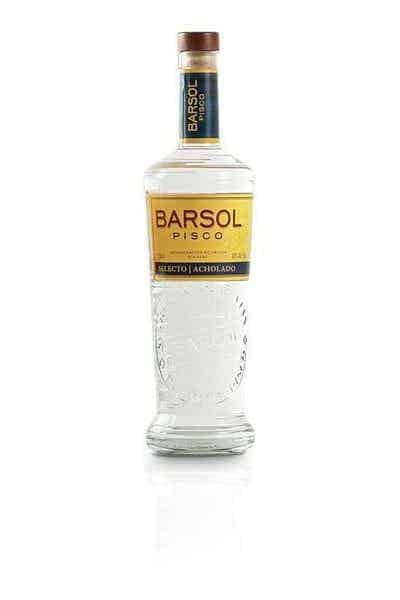 Barsol’s Selecto Acholado is a blend of three grape varieties – Quebranta, Italia and Torontel. They alternate sweet and sour notes with a hint of fresh flowers, but tastes fresh and clean from the pure distilled grape juice and touch of pepper spice.

If it’s a little too sweet for your liking, add some ginger beer, ice, and a squeeze of lime for a perfectly simple refreshment.

American brandy is developing rapidly – much like a fermented fruit juice version of craft beer – with some quality expressions ranging from VS to XO on offer at affordable prices. Most of the US brandy distillation is centered on the wine growing region of California, however there are other operations popping up here and there with more of an emphasis on other fruits.

The popularity of the traditional big four cognac brands – Hennessy, Martell, Courvoisier, and Remy Martin – means there’s a roadmap to local brandy becoming a bigger part of the US liquor landscape. 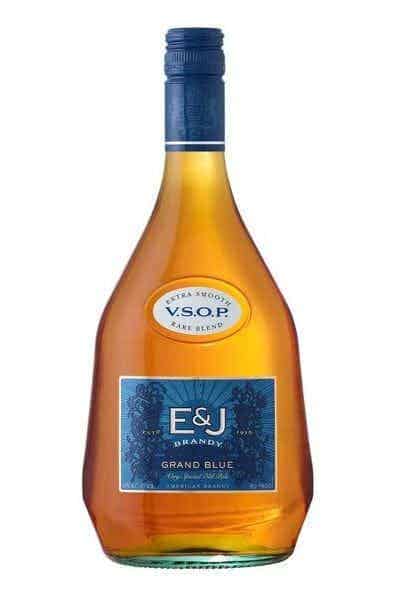 A smooth brandy with beautiful notes of cherry and pear with vanilla, this VSOP expression is one of the best in the US. E&J offers a full, well rounded flavor with just the right kind of afterburn to make it a quality neat sipper or base cocktail spirit. 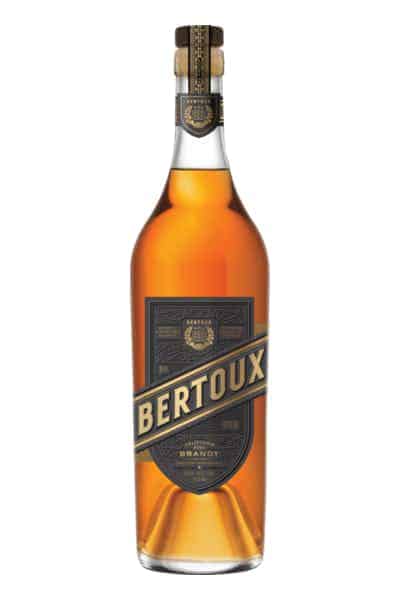 Look, if you’re looking for a brandy that hearkens back to the high rolling days of the roaring 20’s, a Bertoux brandy cocktail is hard to go past. Made Solera style like the brandies of Spain, the Californian Bertoux takes a wide approach to creating a quality product by implementing French and American oak barrels for maturing the range of Californian grape spirits.

As part of the Cognac designation in France that made it so only brandy from the region could be labelled cognac, from 1923 German Brandy has been known as Weinbrand. Weinbrand is primarily distilled in the south of German, in a manner similar to French Cognac and Armagnac, but without the same degree of polish and cultural cachet. 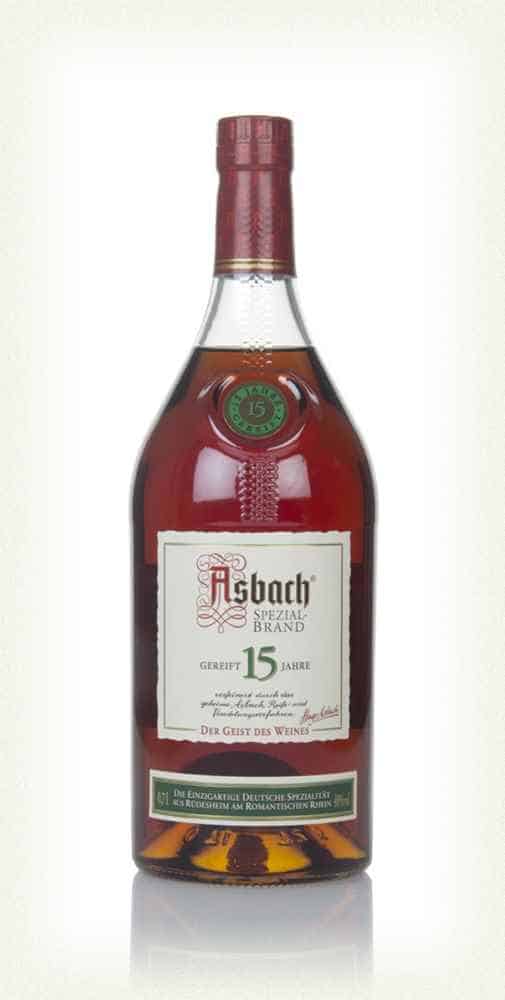 The most famed Weinbrand, Asbach has been distilling brandy since the late 1800s. Its most popular expression is Asbach Uralt, but the 15 year old is a supremely rich aged brandy with beautiful smatterings of spice and heat layered on top of the woodiness claimed from oak barrel maturation.

Much like some of their wine varieties, South African brandy comes highly rated, with a sweeter grape variety used, interesting flavors – stone fruits being prominent – and a strong regulatory framework in place to ensure quality distillation. 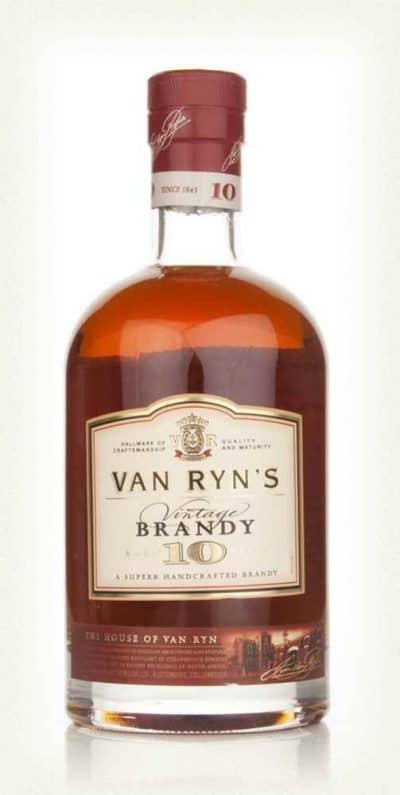 Van Ryn’s comes from leading South African Distillery Distell. Wine grapes are drawn from all over the cape region to create the excellent brand, which starts at this 10 year expression, and goes out to a 27 year old version.

This is the type of brandy you ambush a cognac enthusiast with to show them there are other regions of excellence.

Armenian brandy has a rich and interesting history, dating back as far as the 1200s. With generations of Armenians spread far and wide, most of the small country’s top quality brandy is exported. 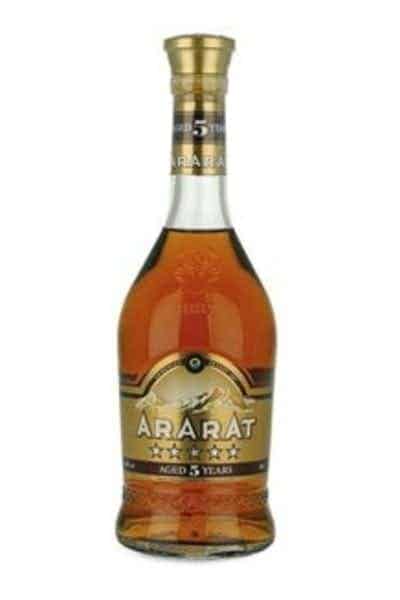 If you can get your hands on this – Ararat’s most popular expression – in the States, well done. While well priced it only comes over in limited quantities.

If you want to reach higher on the shelf, Ararat has an XO 15 year old version that’s richly produced, mixing stonefruit and blackcurrant flavors with the woodiness of old aged oak.

Pomace is the stuff – stems, seeds, and skins – left over after pressing wine. Somewhere way back a bloke thought it would be a good idea to turn that into grape brandy through distillation.

While it’s made all over the world, the most popular pomace brandy is grappa from Italy. I used to spend a lot of time with old Italian gentlemen that used to make it themselves and give each other a hard time about the disparity in quality and use. 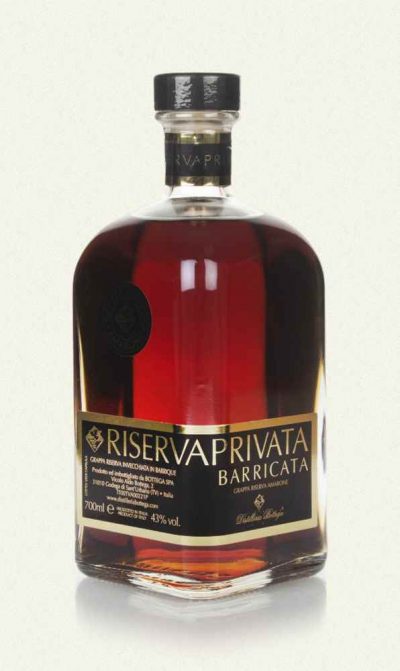 This is a quality grappa made for drinking neat. It has a rich, well balanced mouthfeel with a distinct taste of vanilla and oak.

11. Rest of the World Brandies

The rest of the world offers a range of different tasting brandies, either mirroring the traditional grape style distillations or utilizing fresh fruit. Countries from Australia to the United Kingdom are investing in the fruit brandy product, just as they have with whisk(e)y, rum, tequila, and gin.

Others, such as Cyprus, Turkey, and Russia, have their own brandies that have been in productions for hundreds of years.

If you get the opportunity to try one of these regional types of brandy, grab yourself a brandy snifter, settle in and give it a shot. Let us know how it tastes.