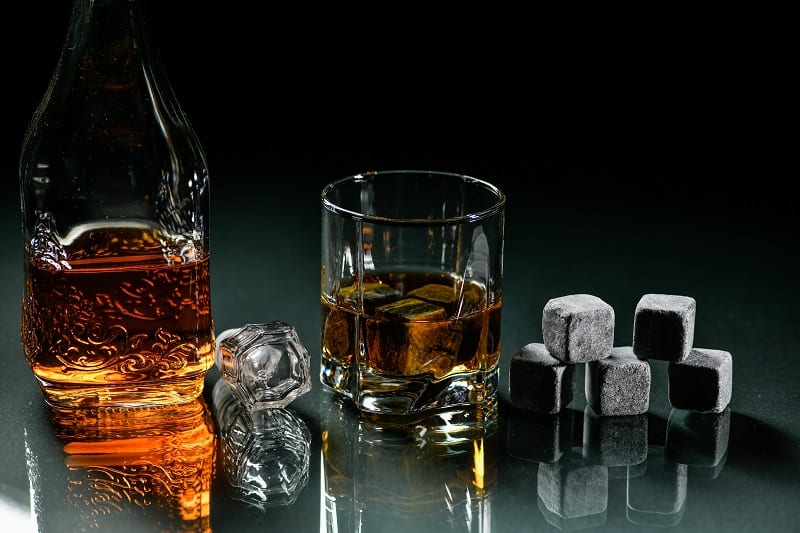 Whiskey Stones vs. Ice: Everything You Need To Know

Many people love their whiskey a little below room temperature. The age-old method has always been to grab a couple of ice cubes and have a whiskey on the rocks. It gives you that cooling effect while opening up the taste.

But in the last few years, whiskey stones have come onto the market and changed the game. You can now just grab a couple of stones without worrying about having a freezer full of ice cubes. They also don’t dilute your drink so they’re the perfect solution, right?

Well, the answer is a little more complex than a simple yes or no. Here we take a closer look at the whiskey stones vs. ice debate and see which one is perfect for you! 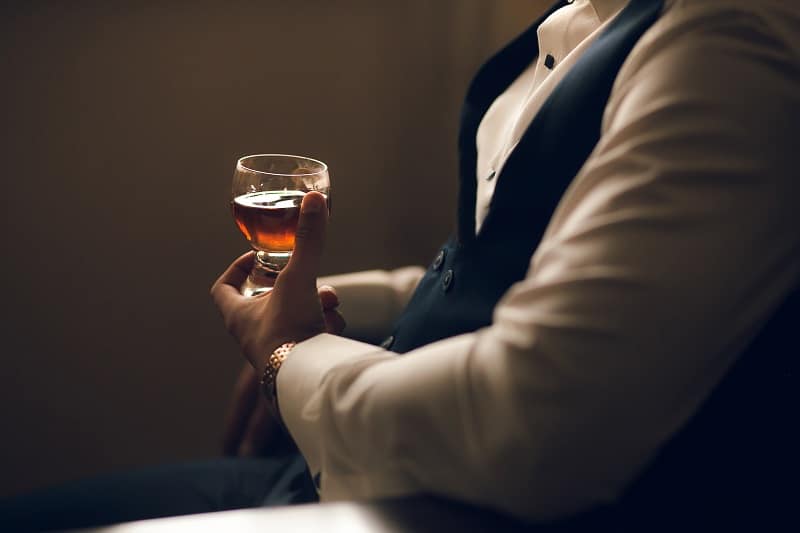 Chat to any whiskey lover, and one thing you learn is each one has an opinion on the perfect way to taste the fabled spirit. Some prefer a splash of water, others like it chilled, and some drink it neat. Of course, if you fall into the chilled category, then you would have used ice countless times.

The classic problem with ice happens whether you are sipping whiskey, coke or any other type of drink. It will eventually melt and soon you’ll have your favorite drink with an extra helping of water. For many people, that’s not ideal.

That’s why the idea of whiskey stones is so intriguing. These stones are usually made from either soapstone or granite, with others being made from stainless steel. They are nonporous so once you’ve used them, you can give them a quick rinse and put them back in the freezer.

There are many different types of stones available which is perfect for whiskey lovers who fear a diluted drink. While it sounds great in theory, there are some downsides. Firstly, let’s take a look at the scientific differences between them. 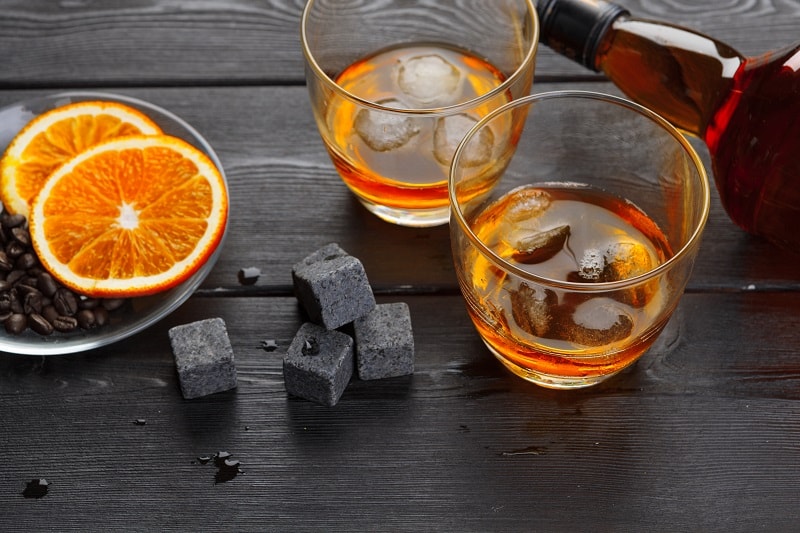 You may presume that both whiskey stones and ice will cool down a drink in the exact same way but it’s not really true. They both have their pros and cons in this regard. In essence, it’s a contrast in the time it takes to cool your drink.

Traditional ice is better at chilling your drink more quickly. As the ice melts, that cold water circulates around the whole glass very quickly and brings the temperature rapidly down. Ice also has a high surface area, which is ideal for rapid cooling.

Whiskey stones take longer as you are solely relying on the stones cooling down the water molecules right next to it. This is a slower heat transfer and therefore you have to wait a little longer for the stones to have the same cooling effect.

The benefit of whiskey stones can come if you are a slow drinker. While ice will cool down your drink quicker, they also melt. If you want your cooling to be over a more sustained period then whiskey stones can be a great choice.

There is also a scientific reason here too. Ice has a higher heat capacity than stones, which means it’s a more effective way of cooling your drink. Whiskey stones can still be highly effective but ice is still the king of cool. 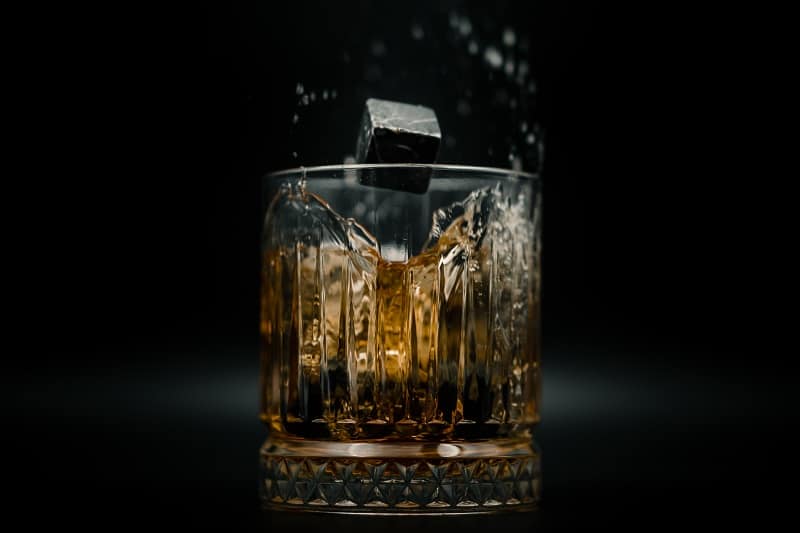 Here is the massive difference between whiskey and ice: unless you’re a dangerously quick drinker, that ice is going to eventually turn into water. That water then dilutes your drink and takes the edge off your whiskey.

Many presume that’s a bad thing but that is entirely down to personal preference. Whiskey is a notoriously harsh drink to have on its own, especially for those who aren’t used to drinking it straight.

Having a little water can help make it easier to drink and reduce the alcohol-proof percentage. If you’re prone to coughing when drinking straight whiskey, then you’ll probably appreciate it being a little softer.

There is, however, an even more important consideration than that. Even if you’re a hardened whiskey drinker who loves drinking it straight, there are advantages to adding a little splash of water into the mix.

Your taste buds find it hard to pick out the nuances of a high-proof whiskey. Adding water to it in the form of melted ice helps to open up the whiskey. It can bring out the individual taste notes while also allowing its aroma to gently rise up into your nostrils.

For many whiskey tasters, they don’t think that’s required. They’d prefer to taste their whiskey in all its glory. There are people like myself who almost take pleasure from the harshness of drinking straight whiskey without ice.

I never have ice in my whiskey as I don’t want it to be diluted. If I’m drinking an expensive whiskey, I’ll perhaps try it with a drop of water to see what it’s like but for the most part, dilution is not something I am looking for.

This is where it’s all about personal preference. Some see dilution as inherently bad, which is wrong. It does have its advantages but if you prefer to drink whiskey the way it’s bottled then whiskey stones may be a great idea. 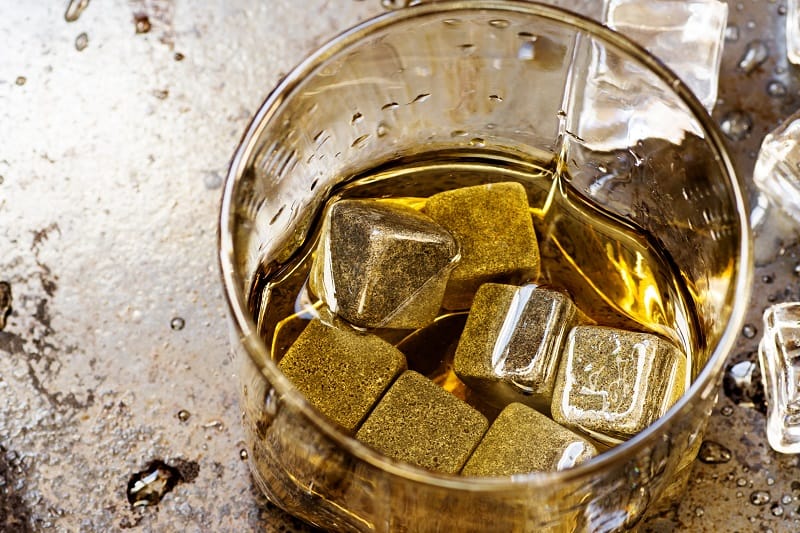 This comes down to personal preference too. Which one is more practical? As is the case with much of the debate, it’s not a black or white question. You may think the obvious answer is whiskey stones but there’s more to it than that.

Ice takes up a lot of space. Unless you have an ice maker or a huge freezer, this can be an annoying issue. Not only do you need to have half a drawer full of ice but you have to often go to the store to get a new bag. You can, of course, make your own but this takes time and effort.

Whiskey stones solve these problems. Most of them either come with a protective bag or box, which you can place anywhere in the freezer and get them out when you want. It takes up much less space than ice and they are reusable.

The downside to whiskey stones can come from their freezing time. Say you have eight whiskey stones and use two per glass. You’ll quickly run out of frozen stones to use in your whiskey as they take around four hours to get back to optimal temperature.

If you drink quickly, or more than one person is using the stones, then this can be a big issue. You may end up needing dozens of stones so you always have frozen ones available. This then adds another problem of trying to remember which stones are cold and which aren’t. 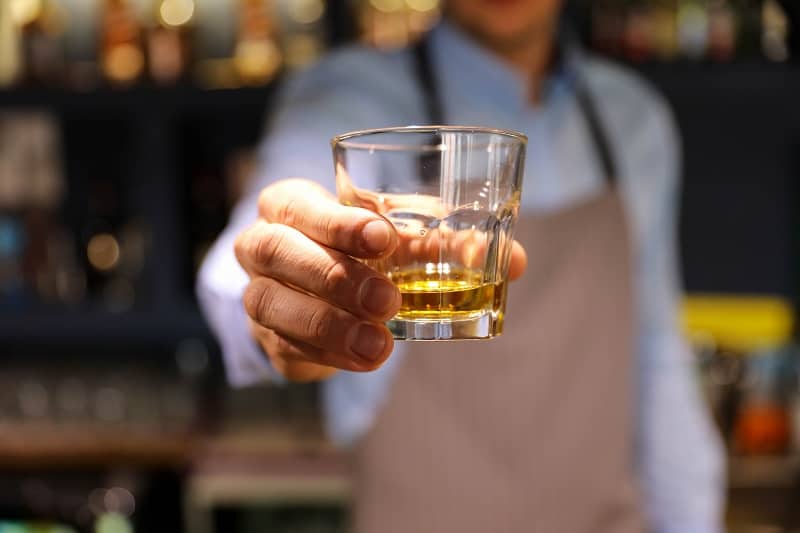 The sensation of using whiskey stones and ice is very different. Many people like that feeling of the ice slipping down your glass and then settling on your lips. The cold whiskey then comes through them for the perfect drink.

For whiskey stones, it’s a little different. Instead of ice slipping down the glass, you have a couple of rocks falling down the glass and into your teeth. It means that you need to be a little more careful about how you’re titling your glass.

When they do reach your mouth, you then have the sensation of cool stone on your lips instead of cold ice. Many people like that sensation but it’s something that is worth considering.

Hearing ice clanking next to a glass is one of those classic sounds that has been heard throughout our lives and in countless movies and TV shows. For most people, this isn’t an inconvenience and it’s not particularly loud.

In contrast, the sound of stones or metal banging on the glass is a little harsher and more jarring. When using whiskey stones, it can be harder to have a relaxing quiet drink. This is not a big deal by any means but it may put you off using them.

Using whiskey stones can feel a little odd as the banging of stone against the glass can be a little disconcerting. Even though the stones are rounded and polished, you are also much more likely to scratch the glass. If you have expensive glasses, this can be a problem.

In an incredibly obvious statement, if you drink whiskey, you’re going to get drunk. As you do, whiskey stones can present more of a choking hazard. You’ll also probably forget to put them back in the freezer. 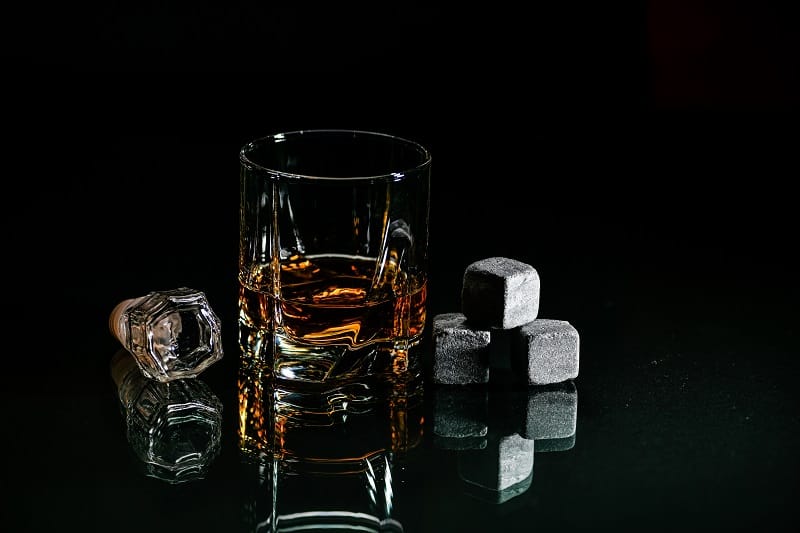 So which one is better? As you may have guessed already, the answer is that it depends on your personal preference. Whiskey stones are perfect for those who don’t like to have their drink diluted but still want the sensation of cold whiskey.

Ice is great for those who don’t mind a little dilution, want their drink chilled quicker and like the convenience of grabbing a couple of ice cubes. There is no right answer here but most people immediately think whiskey stones are a great idea but as we’d seen, they do have significant downsides.

A great in-between solution is to use much bigger ice cubes than you normally would. The lower surface area means that the dilution is going to be much slower while you still get all the advantages of using ice.

We tried to be as balanced as possible here and hopefully, now you have a much clearer picture of whether or not whiskey stones are right for you. Whether you use them or not, we hope you keep enjoying your whiskey.

See more about - What Are Whiskey Stones? Plus The Best Brands To Buy In 2021