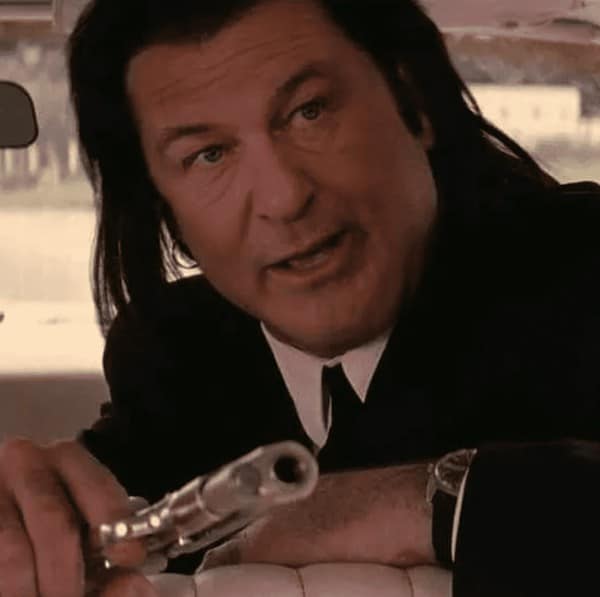 Alec Baldwin has been through the wringer of late. The Hollywood actor was embroiled in the tragic shooting of cinematographer Halyna Hutchins on the set of the movie Rust. When a prop gun discharged a real-life bullet, Hutchins was accidentally killed. While the incident is still under investigation, Baldwin has been identified as the shooter. He is currently involved in a number of lawsuits to do with the shooting. While this is a devastating event, the internet has quickly made fun of it. Alex Baldwin memes have popped up everywhere. Some might think it’s too early to be making jokes about such a tragic event, but that hasn’t stopped the internet. Nothing seems to be off-limits these days. Put bluntly, there is an Alex Baldwin meme for all occasions. Here are 10 of the funniest that will give you a giggle.

1. Just Be Happy It’s Not Will Smith 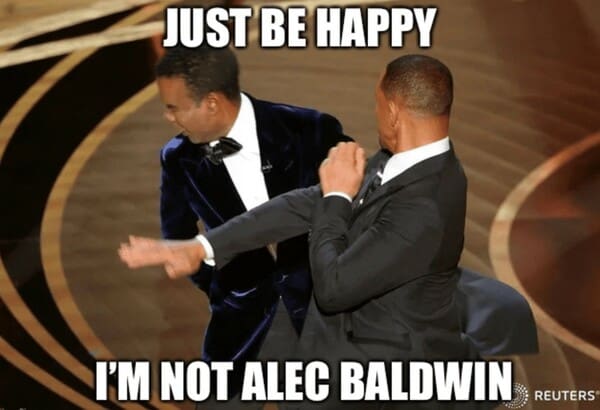 The Will Smith/Chris rock slap meme over Jada Pinkett is used to illustrate the bad situation. 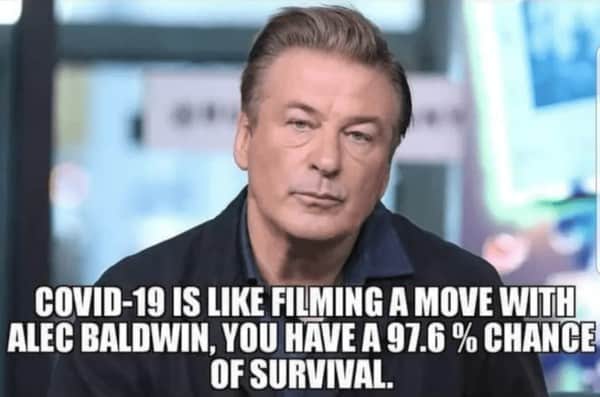 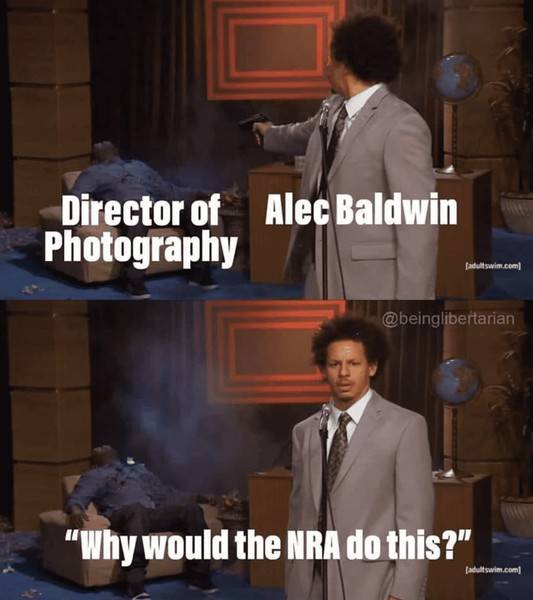 When you blame your problems on the NRA. This meme uses screenshots from The Eric Andre Show, which is a must watch for anyone with a sense of humor.

4. Donald Trump Jr Is a Savage 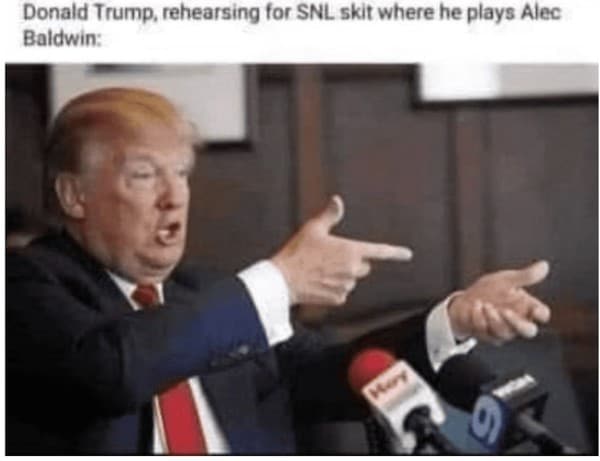 Donald Trump Jr has no morals. The son of former President Donald Trump created this meme about his father rehearsing a Saturday Night Live skit. Trump Jr posted this to his social media. It’s horrible but is one of the most popular Alec Baldwin memes on the internet and had to be included. 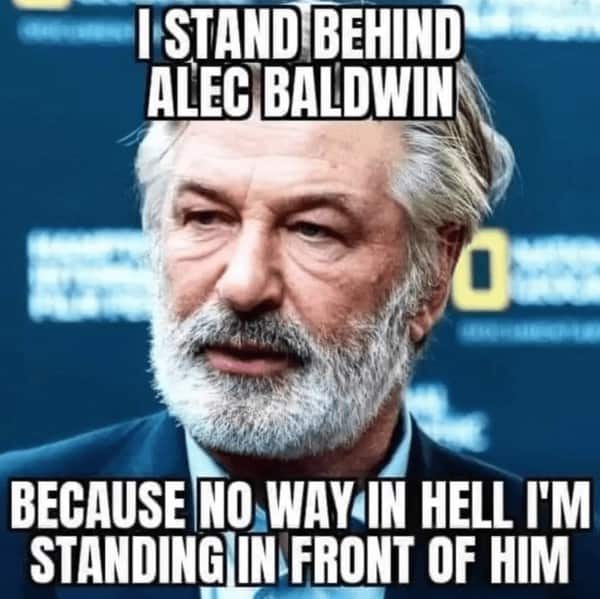 The internet really has no chill as this meme shows. Just keep the guns away from Baldwin. 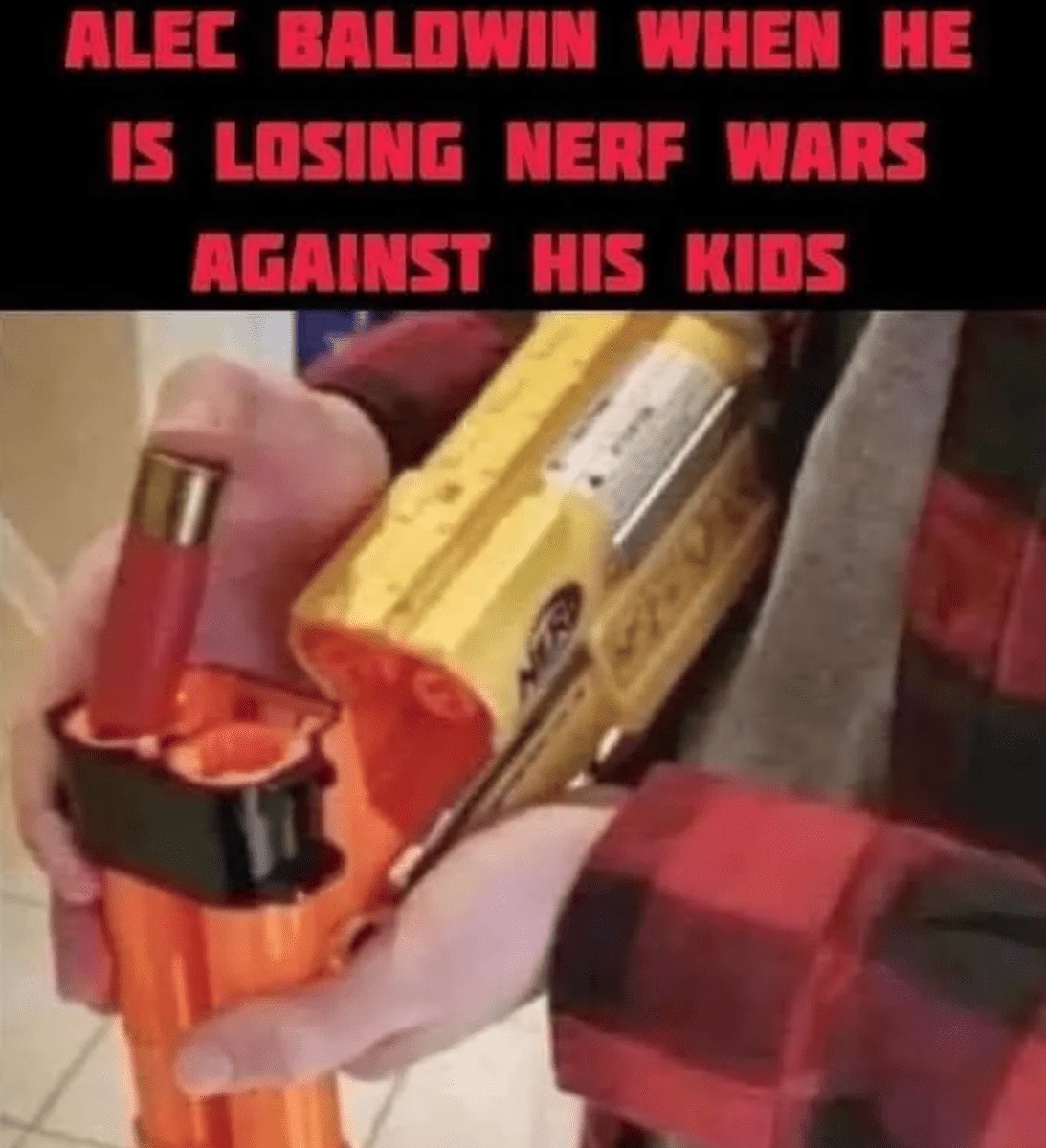 Another meme that shows how savage the internet is. This one details Alec Baldwin loading a live round into a nerf gun when his kids are beating him. 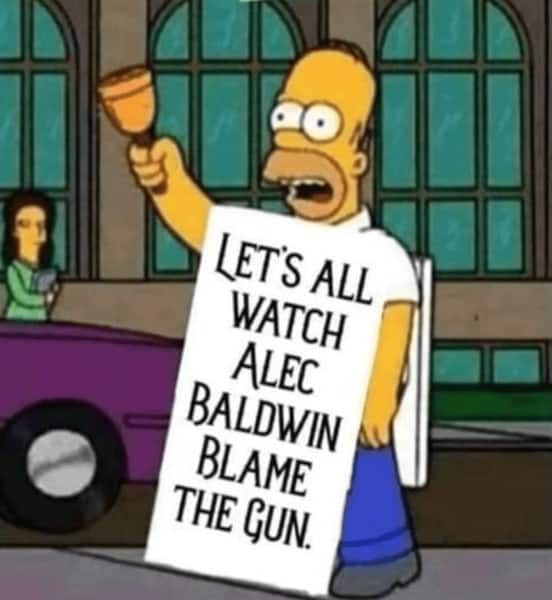 This meme uses a scene from The Simpsons to detail Alec Baldwin blaming the gun for the death of cinematographer Hutchins. Any surprise this is another Donald Trump Jr meme? 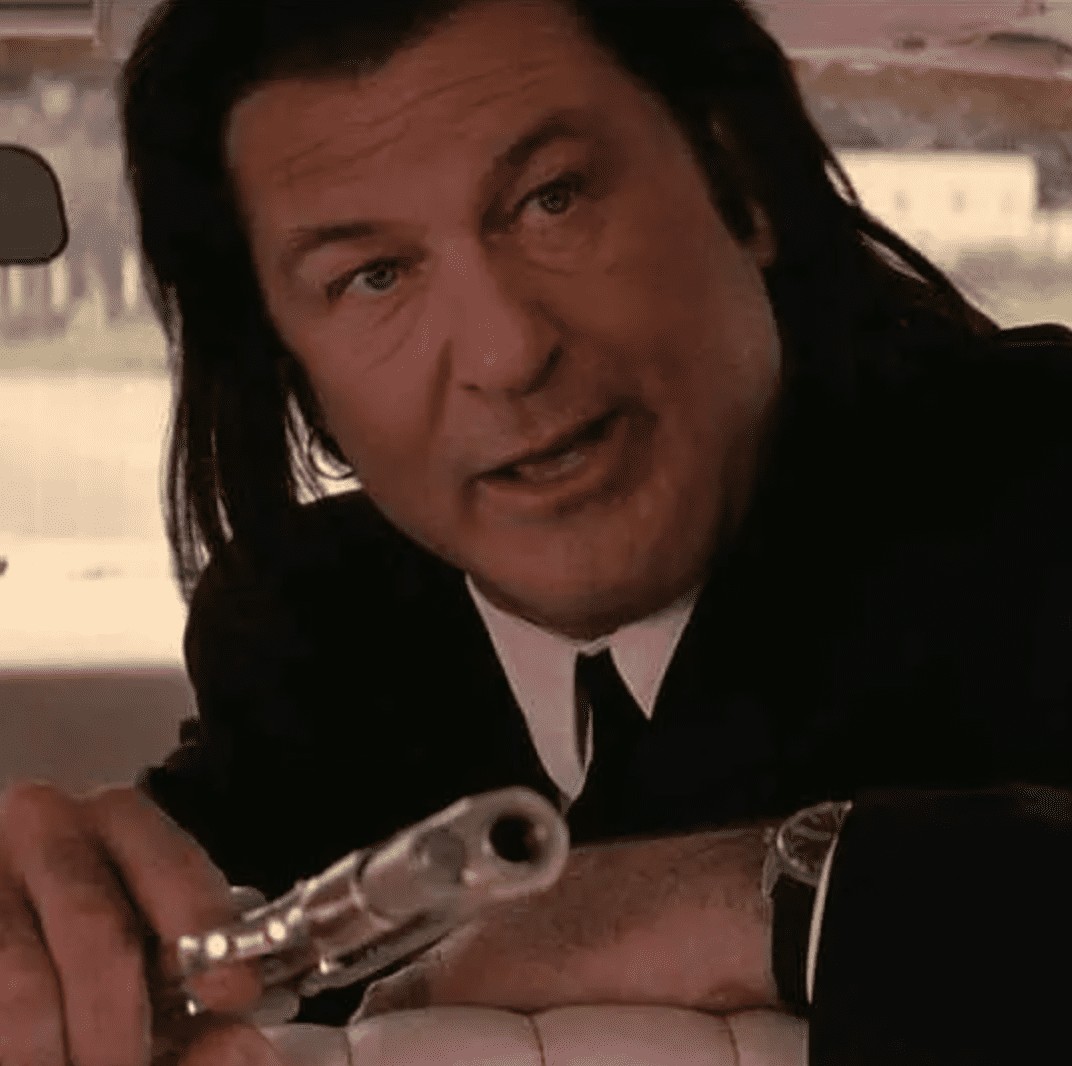 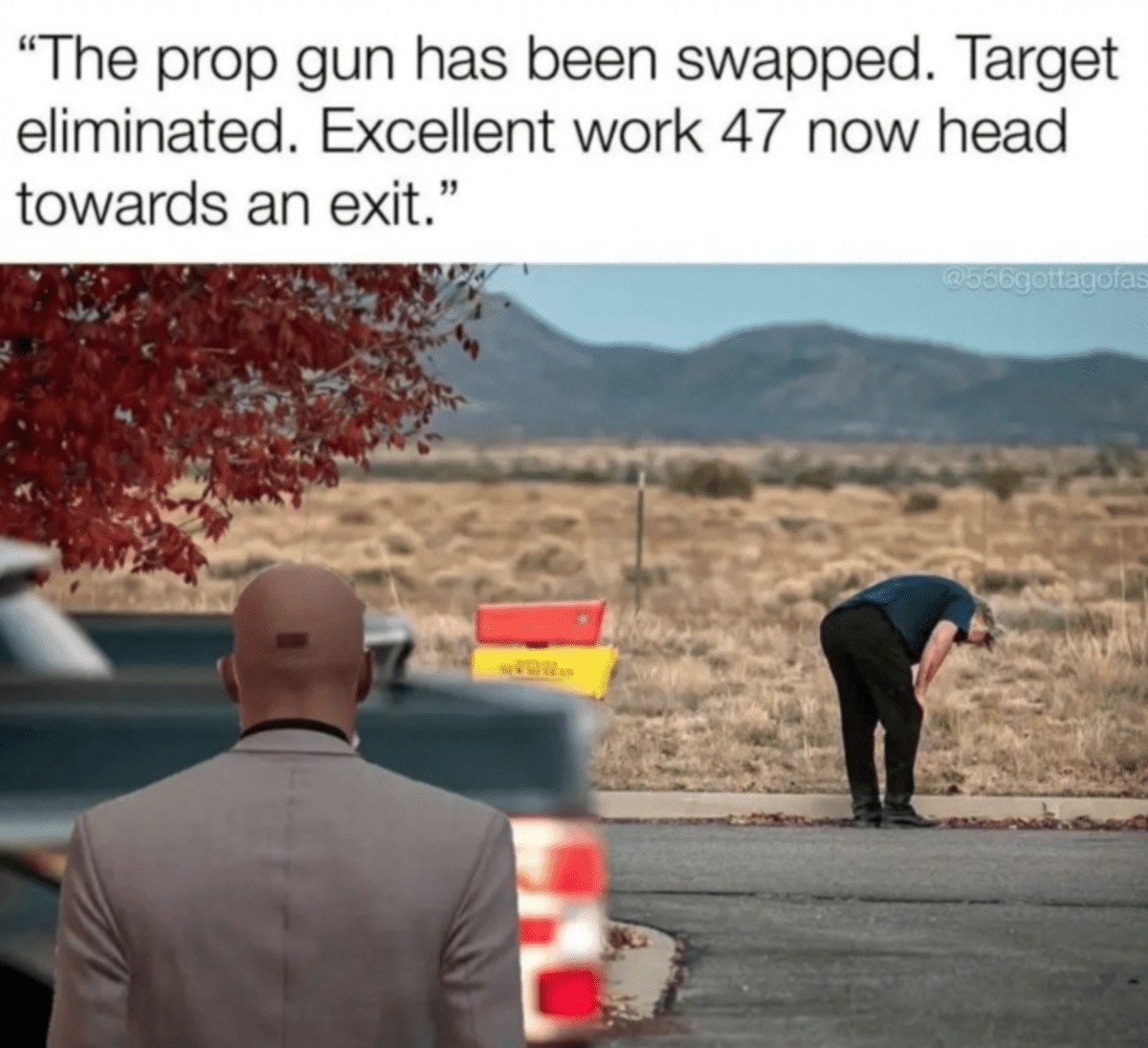 This meme merges real life with the video game Hitman, with actor Alec Baldwin in the foreground. 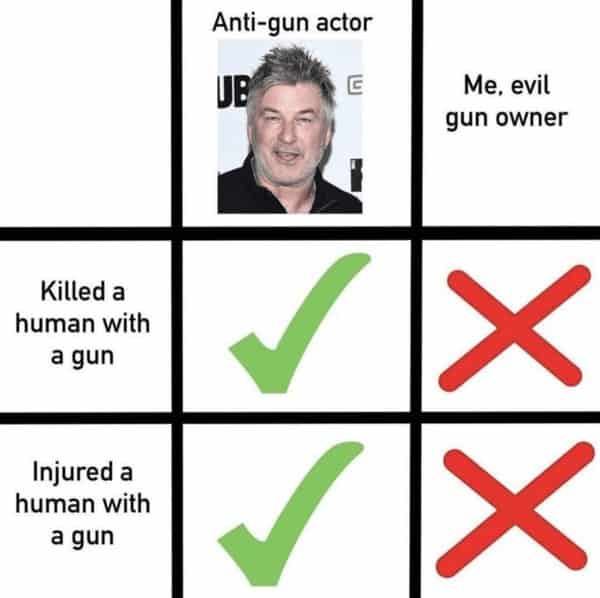 Here is one for the right-wingers who believe guns don’t kill people.