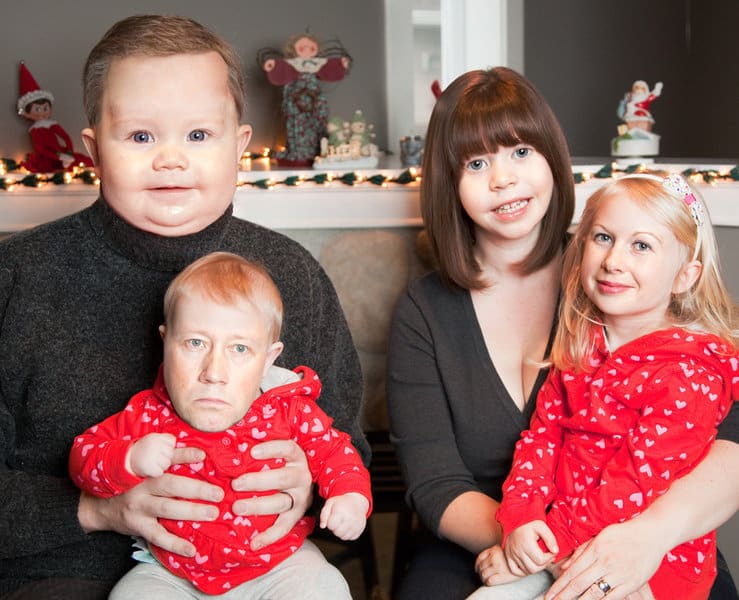 17 Couple Pranks To Test Your Relationship

There are three keys to a loving and lasting relationship. It’s important to always listen, be honest with each other, and never stop the pranks. Pranks are the foundation of every strong relationship. It’s an excellent way to relieve tension and stress. Plus, they’re so funny.

When it comes to pranks, it’s vital not to be too mean or cause physical damage. Most importantly, you don’t want to get dumped. Unless it’s a really funny prank. Here are a few suggestions for couple pranks to test your relationship.

17 Couple Pranks To Test Your Relationship

1. Send a Bouquet of Flour After a Big Fight 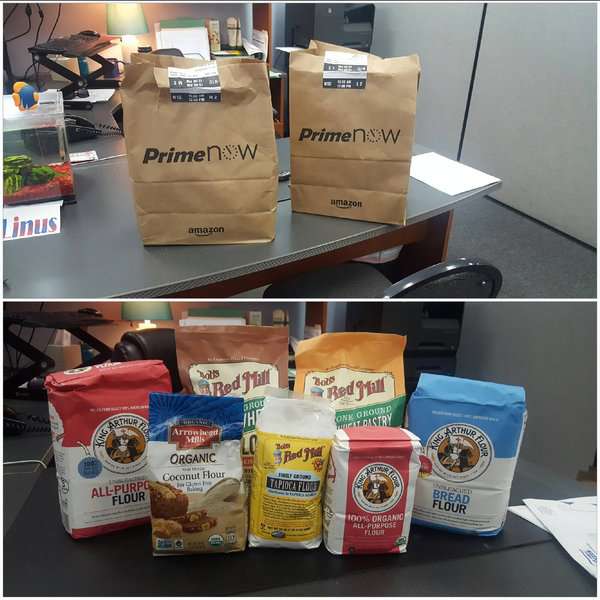 Most guys rush out to buy diamond earrings and a bouquet of flowers after a big fight. A funny boyfriend followed up a fight with a prank. He proudly sent his girlfriend a bouquet of various baking flour to her office. Basically, the fight continues. There’s no better way to prank a boyfriend than toying with his emotions. A clever girlfriend pulled off a funny and witty joke for the ages with this hilarious card. The funniest part is the look of disappointment when he realizes it’s a night of analytical conversation. 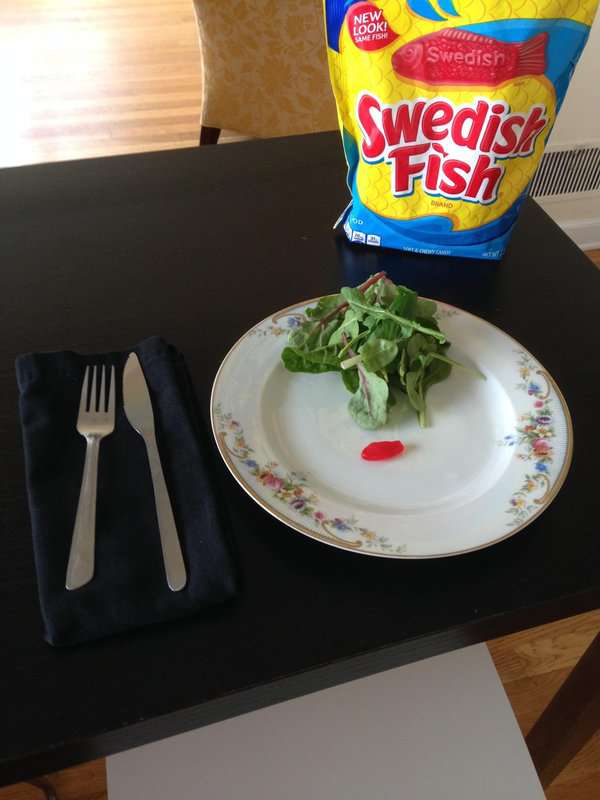 Cooking a delicious meal is the quickest way to your loved one’s heart. But a hilarious prank like this one is so much better. This boyfriend spent all day in the kitchen making a savory Swedish fish for his woman. 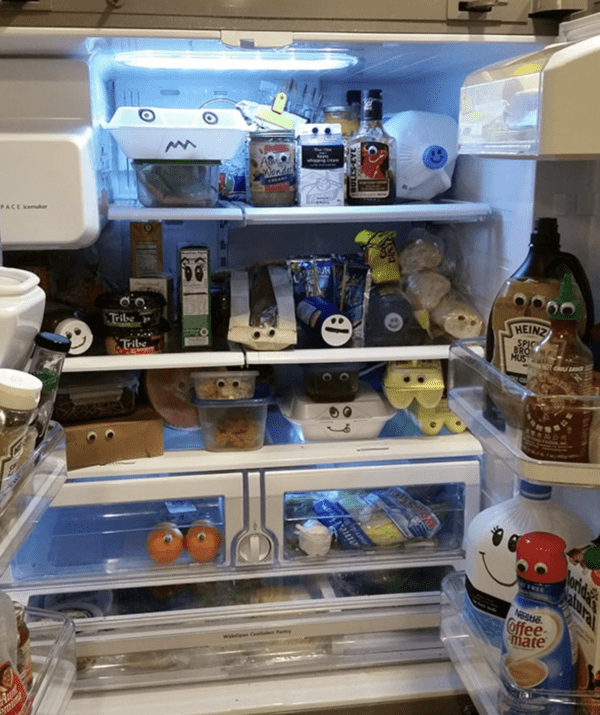 Ever get that feeling that somebody’s watching you? This husband knows exactly how that feels. Here’s a wife that executed one of the best pranks ever. All it takes is a few hundred googly eyes, a full fridge, and an unsuspecting husband.

5. Diamonds Are a Girl’s Best Friend A funny husband pulled a hilarious prank on his wife and bought her a Minecraft “diamond necklace.” It’s simple and clever. Fun fact: diamonds are forever, but relationships can end without a genuine diamond necklace. 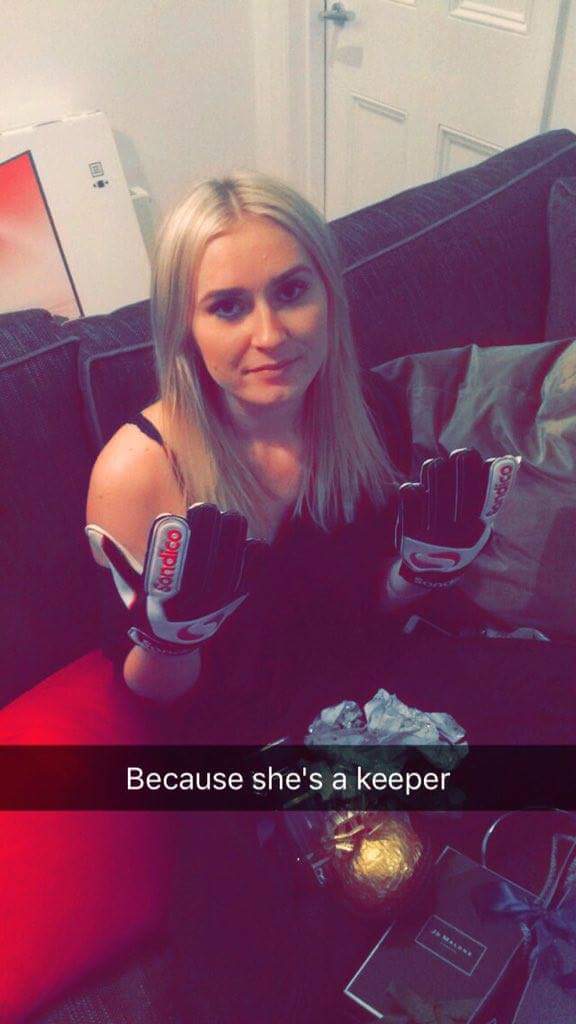 Some girls have it all. They’re beautiful, intelligent, and funny. In other words, she’s a keeper. A goalkeeper, to be exact. Also, here’s a teachable moment. Sometimes, only the prankster finds the joke funny. 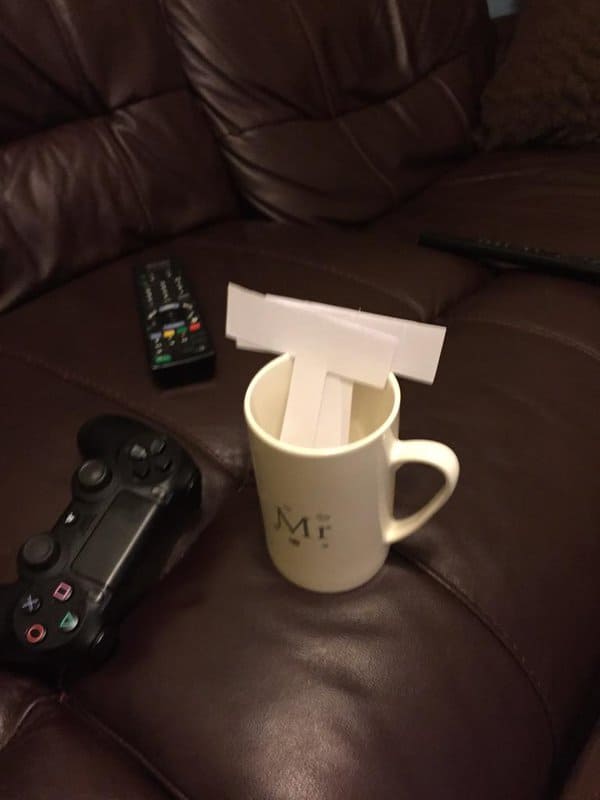 Here’s a wife that deeply cares for her husband. She wants him to kick back, play some PlayStation, and drink a steaming cup of T. Now that’s what every man wants in a woman – a good prankster. 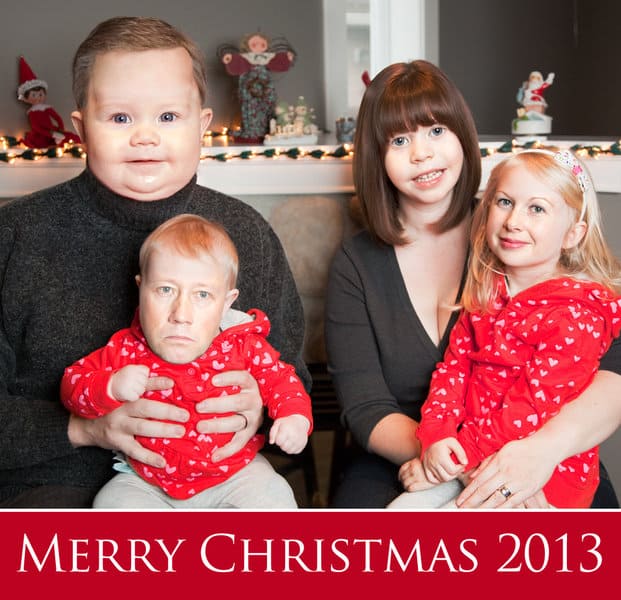 Just one year, this wife wanted to have a lovely family portrait. Instead, her husband pulls off a classic prank that gets funnier the longer you look at the photo.

See more about - 13 Car Pranks That Are Harmless But Hilarious 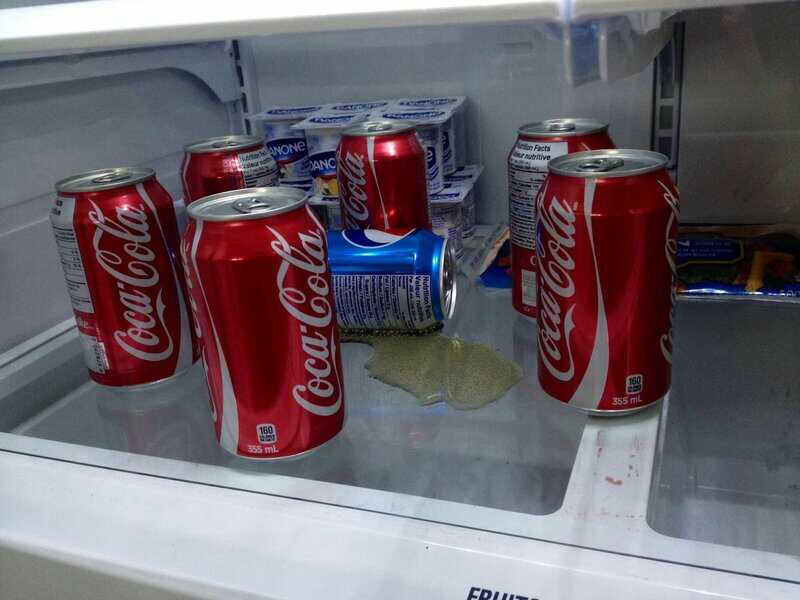 Sometimes, we must accept our partner’s flaws and appreciate their beautiful souls. Unless they like Pepsi more than Coke. That’s unacceptable. A prankster boyfriend had his cans of Coke teach his girlfriend’s Pepsi can a lesson it’ll never forget. 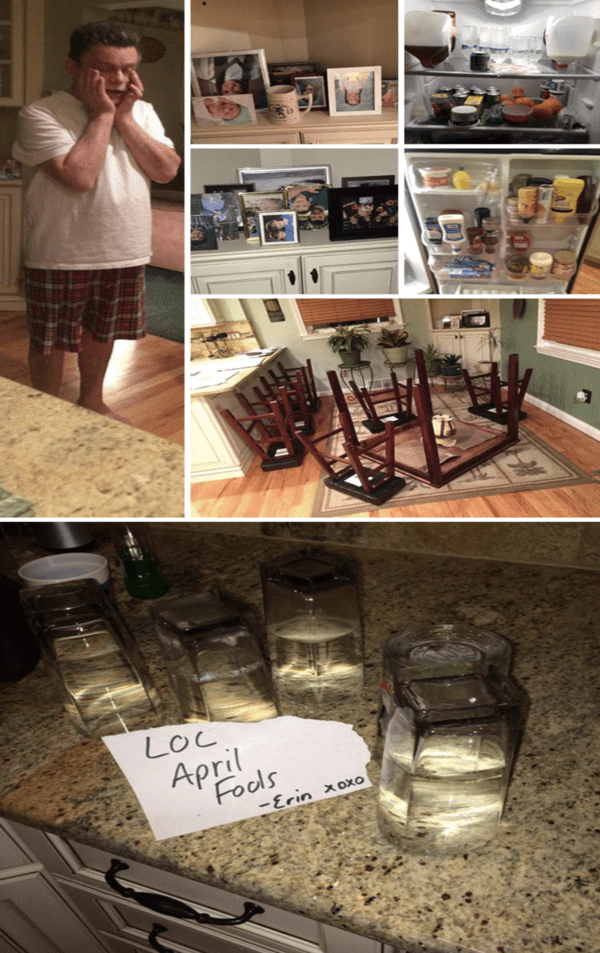 This husband’s wife is the true Queen of April Fool’s Day after pulling off this incredible prank. She managed to turn every picture, food, and liquid upside down. This prank requires a creative sense of humor, intelligence, and commitment. She even managed to turn glasses of water upside down. 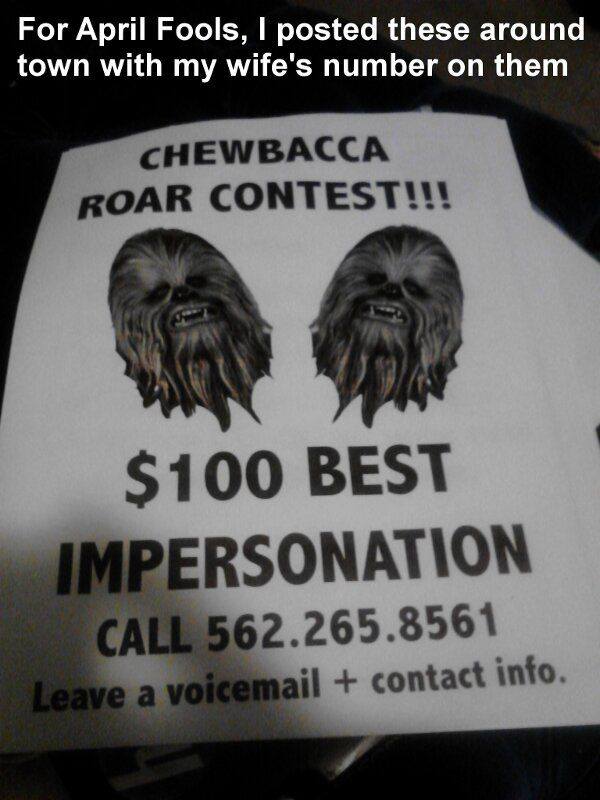 Putting your girlfriend’s phone number on a flyer and filling her voicemail up with Chewbacca impersonations is a risky prank. Proceed with caution. There are only two outcomes with a prank like this one. He had to buy his girlfriend a new phone, or he’s single and watching Star Wars alone. 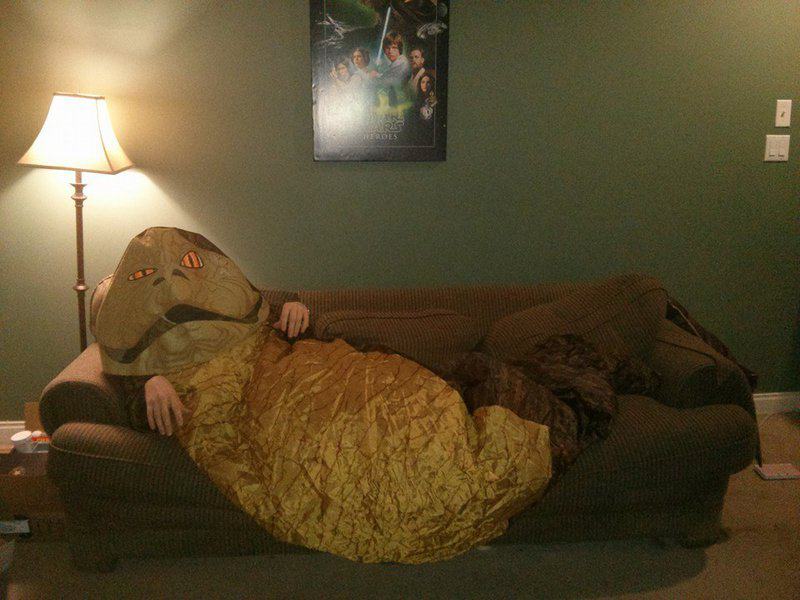 Always be clear when the subject of role-playing comes up. Some boyfriends might think a sexy Jabba the Hutt outfit will start her Millenium Falcon engine. At least he’s not wearing a gold bikini. 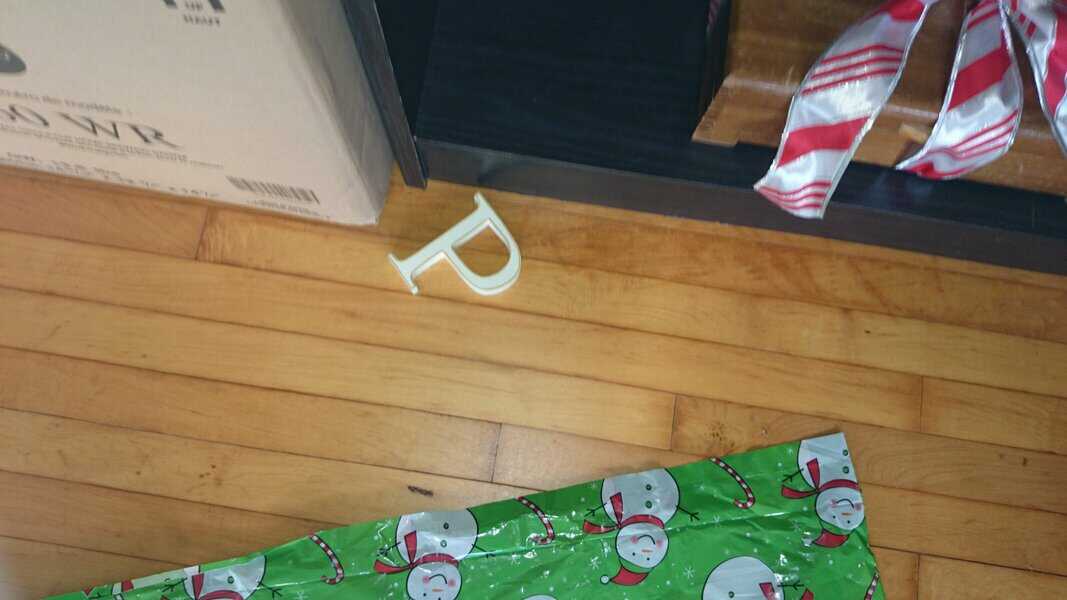 A smart husband threw down the letter “P” and called his wife to clean it up. It’s a harmless prank that every wife will think is hilarious. You just know he’s going for the letters “D” and “V” next. Buying your wife an expensive gift that she really wants proves that you listen, care, and go the extra mile. But pranking her is so much better. A husband bought his wife a bag featuring Hayden Fox from the sitcom Coach instead of a coach bag. The kid thinks it’s funny too. 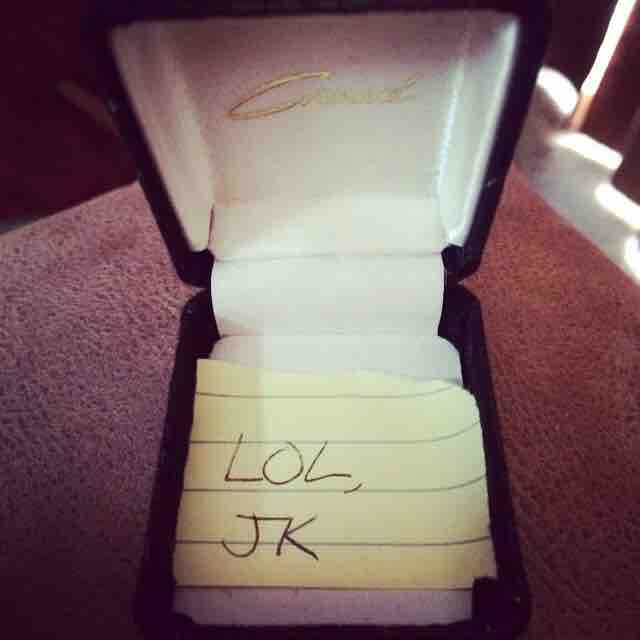 The fake ring box is an awesome prank that’s funny to everyone except the victim. To be fair, it’s a risky prank that could end a relationship. Be prepared to propose for real later that day.

16. Helping Out With Dinner 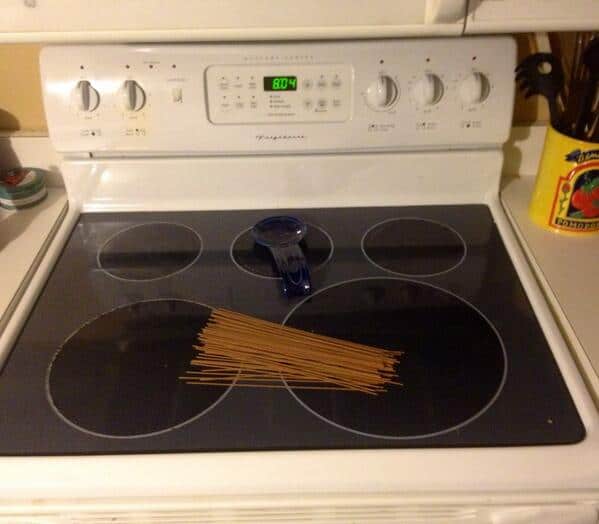 A good husband helps out around the house and lends a hand with dinner. A prankster’s husband literally puts spaghetti on the stove. It’s possible this wasn’t a prank and just a husband that thought he was being a good guy. . 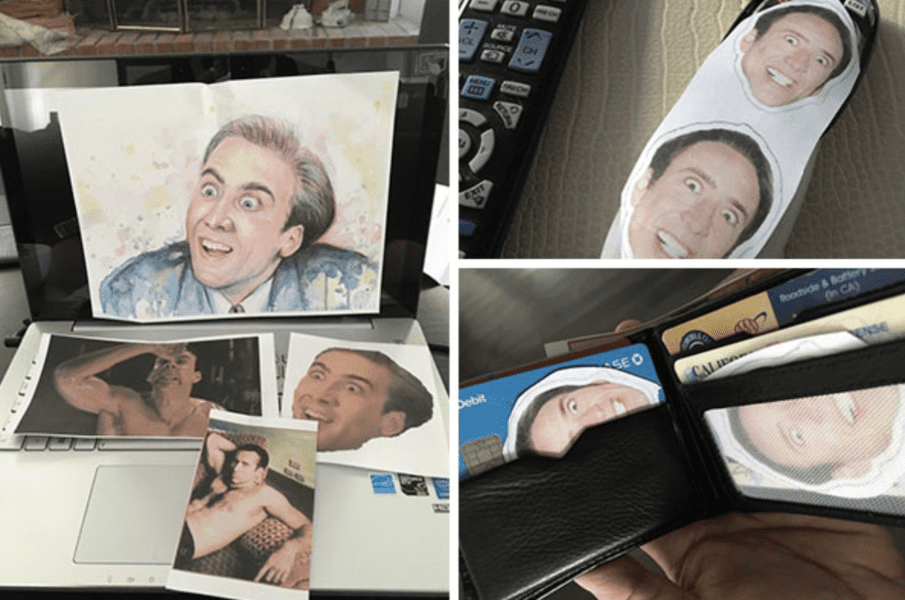 The Nicolas Cage prank is a brilliant joke that keeps getting funnier. Cage is one of the greatest actors of his generation. A great prank is to stick his face on every object in the house. Everybody wins!