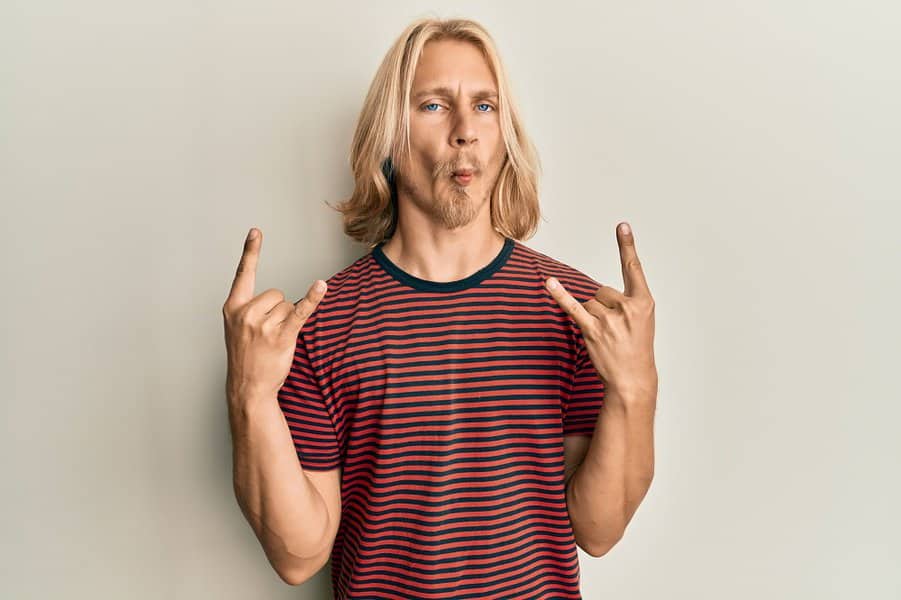 118 Creative Insults and Comebacks To Defend Yourself With

There is nothing worse than having a bit of banter with your mates and finding yourself unable to respond. Nobody wants to be the Geroge of the group and be left floundering for a response, only to come up with smoothing witty hours later. You need to be ready to go with creative insults as soon as someone is taking aim at you. But it’s not always that easy. If someone comes at you with a hilarious or biting remark, it can knock your confidence and causes you to scramble for a decent return serve. Don’t be too worried though, as we have come up with a collection of creative insults and comebacks to help you land the killer blow.

These insults are the equivalent of giving the middle finger to whoever you are speaking with. Some are funny insults while others are great comebacks. They cover a wide range of humor also, from sarcasm right through to dark comedy. These original insults will have everyone laughing along and make sure you aren’t left struggling for the right word. They are great whether insulting your good friend or unloading on an enemy.

While all insults are in some way offensive, those listed below are still fun and not intended to be personal. The last thing you want is to actually get into an argument, or worse, a fight with your mates because of something you’ve said. So just make sure you use these creative insults on the right people.

118 Creative Insults and Comebacks To Defend Yourself With 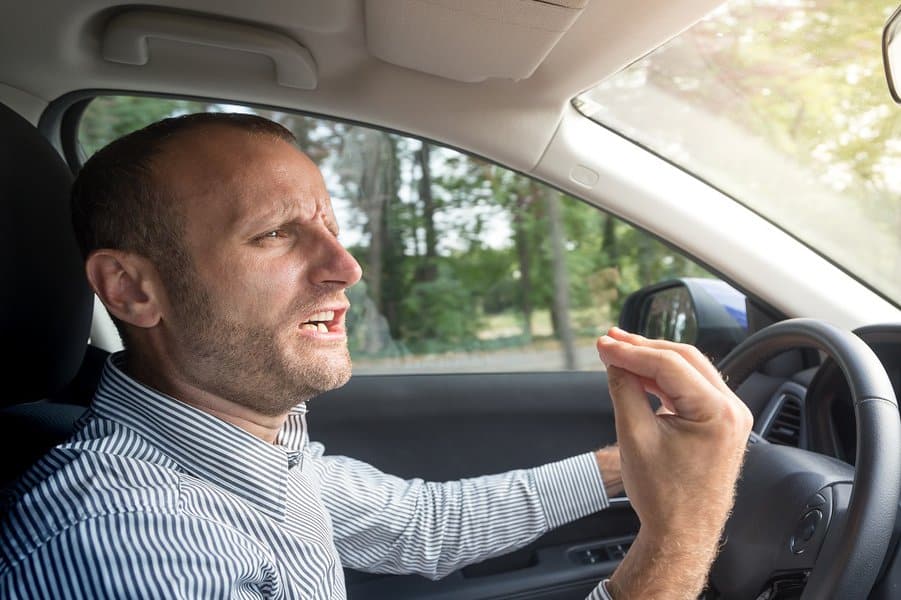 1. I’m jealous of all the people who haven’t met you.

2. You lack brains so much that you can float on water.

3. If laughter is the best medicine, your face must be curing the world.

4. Your nasty behavior is the reason for your receding hairline.

5. I know I make stupid choices, but you’re the worst of all my choices.

6. It would help if you were the poster child of a condom company.

7. You’re so ugly, you scared the crap out of the toilet.

8. No I’m not insulting you, I’m describing you.

9. You’ve been trying to get your summer body since two winters ago.

10. It’s better to let someone think you are an Idiot than to open your mouth and prove it.

11. Did you use a mud puddle as a mirror this morning?

12. Serial killers would go mad if they had you as a victim.

13. You’re about as useful as the white crayon.

15. Your birth certificate is an apology letter from the condom factory.

17. If you added any more weight, the elevator wouldn’t move.

18. Were you carrying an umbrella when God was giving out beauty?

19. I guess you prove that even god makes mistakes sometimes.

21. Explaining something to you is like teaching calculus to a lemur.

22. You can attract bees with honey; in your case, it’s flies and feces.

23. The only way you’ll ever get laid is if you crawl up a chicken’s ass and wait.

25. If you ran like your mouth, maybe you’d win a gold medal.

26. Wanna know what’s the difference between you and eggs? Eggs get laid, and you don’t.

29. You’re as useful as a condom with holes.

31. If I wanted to kill myself I’d climb your ego and jump to your IQ.

32. You must have been born on a highway because that’s where most accidents happen.

33. You are the only friend in our group who’s going to hell.

34. I’d call you a pussy but you lack warmth and depth.

35. You have been getting your life together for two years, and I don’t think it wants to be gotten.

36. If opposites attract, then I hope you meet someone who is attractive, honest, intelligent, and cultured.

38. Talking to you is like stepping on a leaf in autumn and hearing no crunch – disappointment.

39. You look like you have more craters than the moon.

40. Brains aren’t everything. In your case they’re nothing.

41. You should carry a plant around with you to replace the oxygen you waste.

42. Taking a picture of you would put a virus on my phone.

43. Some drink from the fountain of knowledge. You only gargled.

45. I’d rather take a punch in the guts than look at your face.

46. Roses are red violets are blue, God made me pretty, what happened to you?

47. You are living proof that even ugly people have sex.

48. Had your parents not heard of contraception?

49. I don’t know what makes you so stupid, but it really works.

50. You’re so ugly, when your mom dropped you off at school she got a fine for littering.

53. Your family tree must be a cactus because everybody on it is a prick.

54. If you ate trash, it would be cannibalism.

55. Calling you an idiot would be an insult to all the stupid people.

56. Some babies were dropped on their heads but you were clearly thrown at a wall.

57. You look like the type of person who can’t spell DNA.

58. You are a complete tool, but you’re not even useful.

60. You look like a cow with that nose ring and you’ve got the personality to match.

62. If you were the light at the end of the tunnel, I’d turn back around.

64. You’ve gotta stop using your head as just a container for your teeth.

65. The last time I saw something like you I flushed it.

66. Your daddy must’ve jacked off into a flower pot because you’re a blooming idiot.

67. I bet your parents change the subject when their friends ask about you.

69. Your mother should’ve swallowed you.

70. The last time I saw something like you, I flushed it.

72. You could hide your own Easter eggs and forget where they are.

73. If ignorance is bliss, then you must be one happy idiot.

74. Your mind is on vacation but your mouth is working overtime.

75. I bet your asshole is jealous of the amount of shit that comes out of your mouth.

76. Why don’t you slip into something more comfortable… like a coma.

77. I can lose weight but you’ll always be stupid.

78. Shock me. Say something intelligent.

79. If you had another brain, it would be lonely.

83. Remember, if anyone says you’re beautiful, it’s all lies.

84. If you ate trash, it would be cannibalism.

85. You’re right at the top of the Bell Curve aren’t you…

86. If I wanted to listen to an asshole, I would’ve farted.

87. Someday you’ll go far. And I really hope you stay there.

89. There is no vaccine against stupidity.

90. Keep rolling your eyes. Maybe you’ll find a brain back there.

91. You’re the reason the gene pool needs a lifeguard.

92. If your brain was dynamite, there wouldn’t be enough to blow your hat off.

93. Sure, I’ve seen people like you before – but I had to pay an admission.

94. You are more disappointing than an unsalted pretzel.

97. You’re like a cloud. When you disappear, it’s a beautiful day.

98. Have you been shopping lately? They’re selling lives, you should go get one.

99. Of course I talk like an idiot, how else would you understand me?

100. If you’re going to be two-faced, at least make one of them pretty.

102. You’re like Monday morning – nobody is happy to see you.

103. If you have a problem with me, write the problem on a piece of paper, fold it, and shove it up your ass.

104. I’d like to see things from your point of view but I can’t seem to get my head that far up my ass.

106. You are so old, when you were a kid rainbows were black and white.

108. Somewhere out there is a tree tirelessly producing oxygen for you. You owe it an apology.

109. Wipe your mouth, there’s still a tiny bit of bullshit around your lips.

111. Are you always this stupid or is today a special occasion?

112. People clap when they see you. ‘They clap their hands over their eyes.

114. Isn’t it rather dangerous to use one’s vocabulary in one sentence?

115. If laughter is the best medicine, your face must be curing the world.

116. If genius skips a generation, your children will be brilliant.

117. I believed in evolution until I met you.

118. You’re about as useful as a screendoor on a submarine.