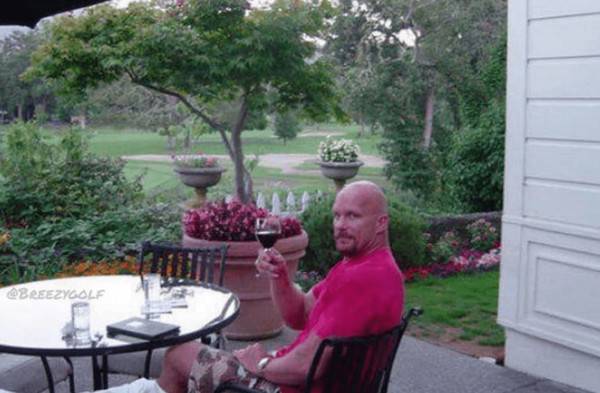 30 of the Funniest Dad Memes on the Internet

Dad jokes seem to have had a resurgence of late. Or maybe they have always been topical? Whatever the reason, it is hard to escape dad jokes these days. Whether on dating profiles, in print, or those told by your actual dad, these jokes never seem to get old. The advent of the internet and social media has meant they now also live on in meme form. Dad memes are the perfect way to illustrate bad puns and classic jokes that dads love.

To celebrate the greatness of the dad joke in meme form, we have collected 30 of the funniest dad mems on the internet. Read on and prepare for a few minutes of chuckling.

1. Is He Really Even Your Dad? 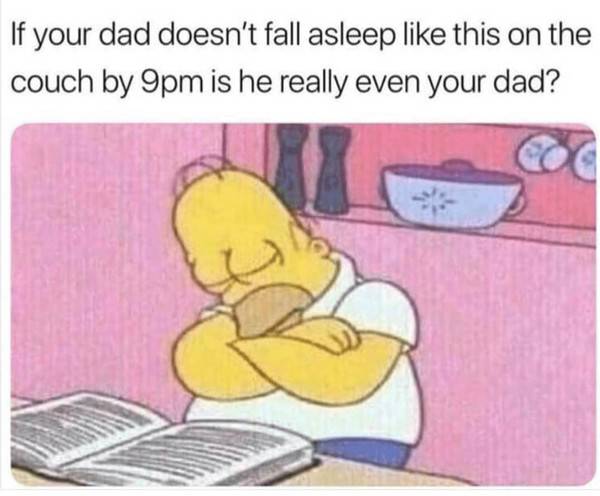 Taking an image of Homer Simpson to sum up this meme, it’s hard to disagree. We’ve all come home and found dad like this on the couch. 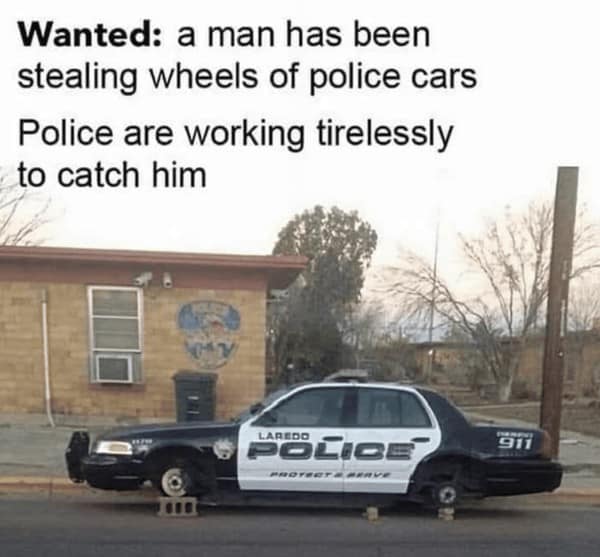 Here is the first of many classic dad joke memes. These are the sort of dad jokes that are so silly you can’t help but crack a smile. 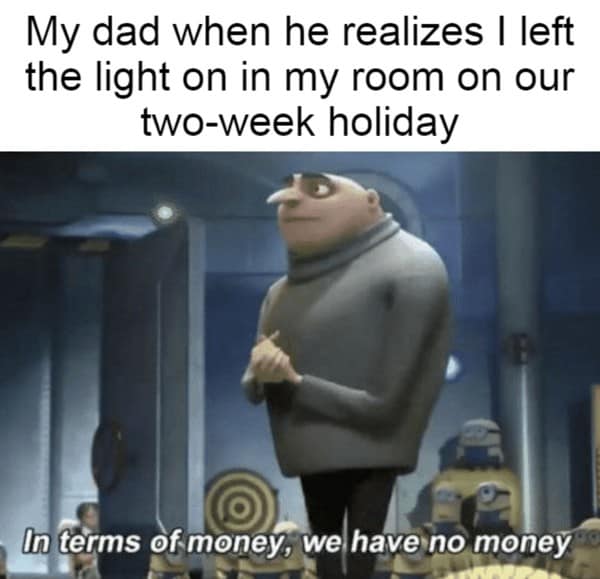 This dad meme perfectly sums up how most dads would react. You can’t expect to be saving money if you’re leaving the lights on. 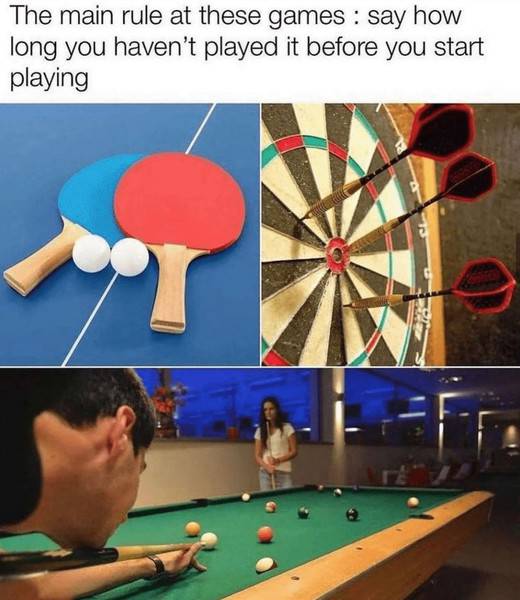 This is a funny meme accurately depicting how many dads want to make sure you are aware it’s been a while since they played. That way, if they lose, they have an excuse. Smart thinking. 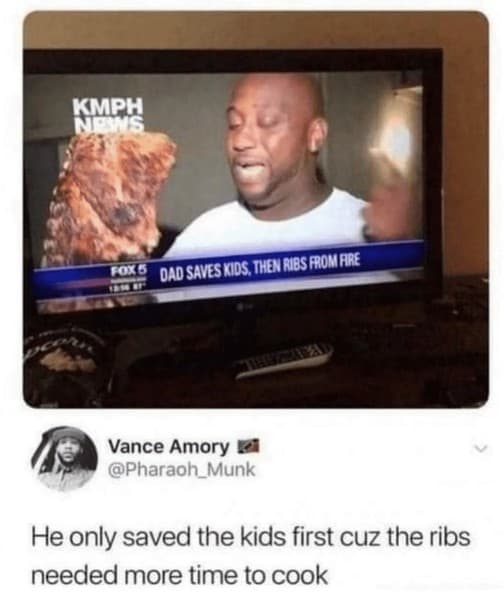 Who else’s dad would do the same? Another hilarious dad meme. 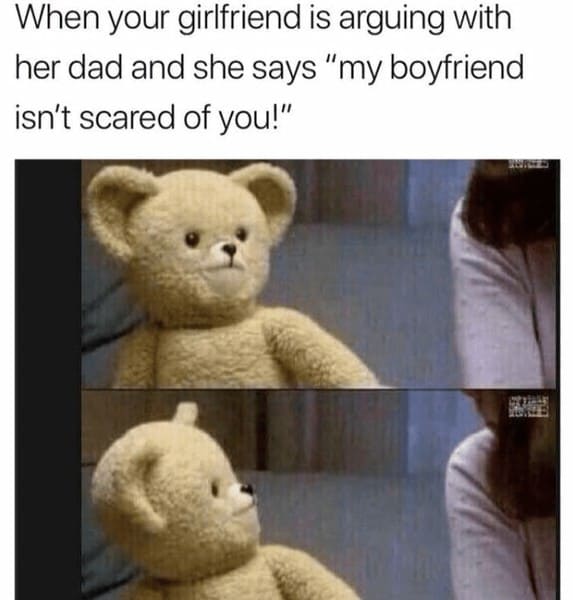 The last thing you want is to get involved in a heated conversation with your date’s dad. Especially during the early days. This image is exactly how most guys would react. 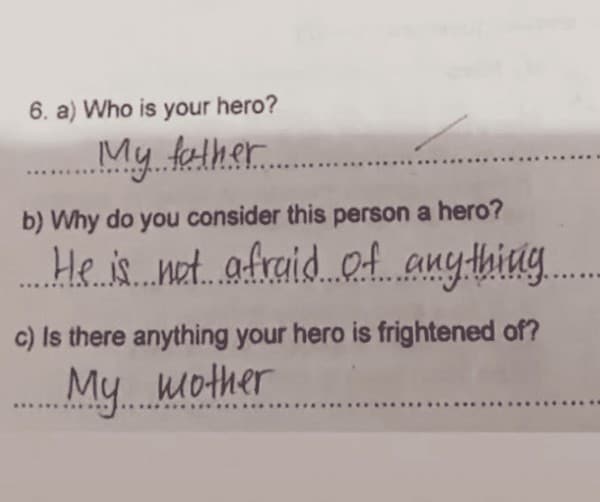 Dad might be the fearless leader of the family, but there is one person even he won’t mess with: mom. This one will give everyone a good laugh, especially your mom.

8. Taking the Baby Out 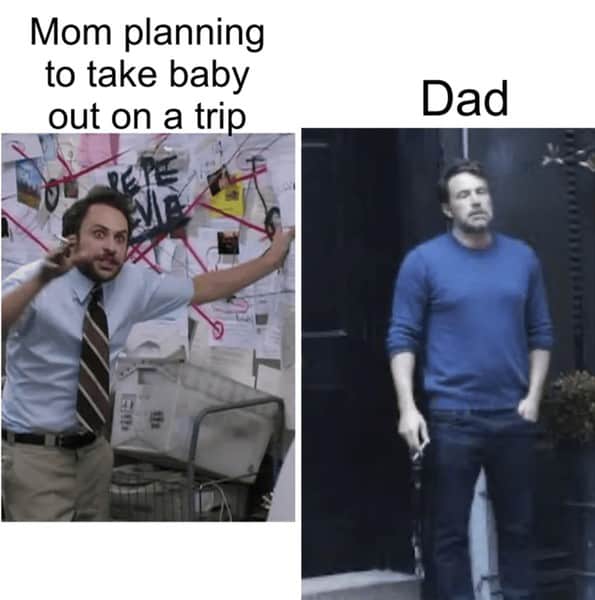 This hilarious dad meme uses two existing memes to get the point across. It mixes the famous Always Sunny in Philadelphia conspiracy theory meme with the Ben Affleck smoking meme. 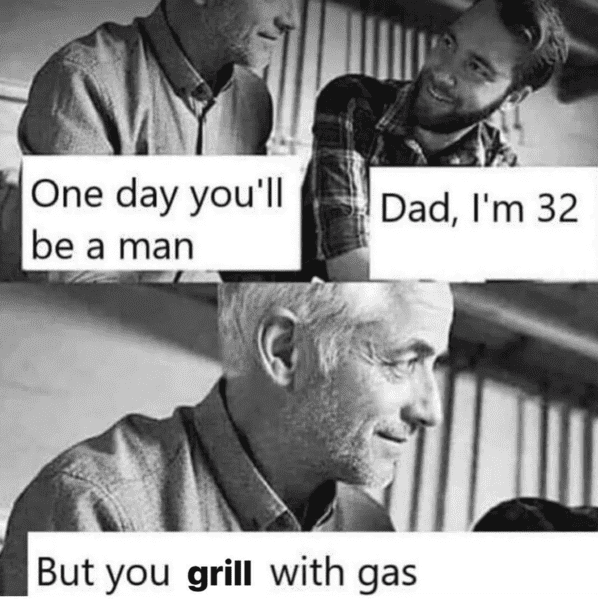 Dads are all about the old school way of doing things. Why grill with gas when you can use charcoal? Parenting at its finest. 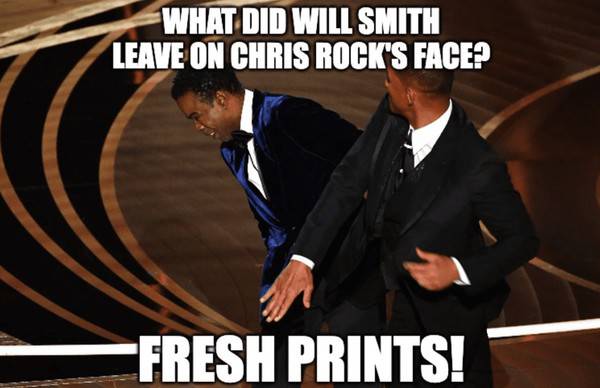 Does it get any more dad jokey than this? Taking the infamous Will Smith slapping Chris Rock meme and making a pun out of The Fresh Prince of Bel-Air is comedy gold. This is the type of thing even Smith would have to appreciate. 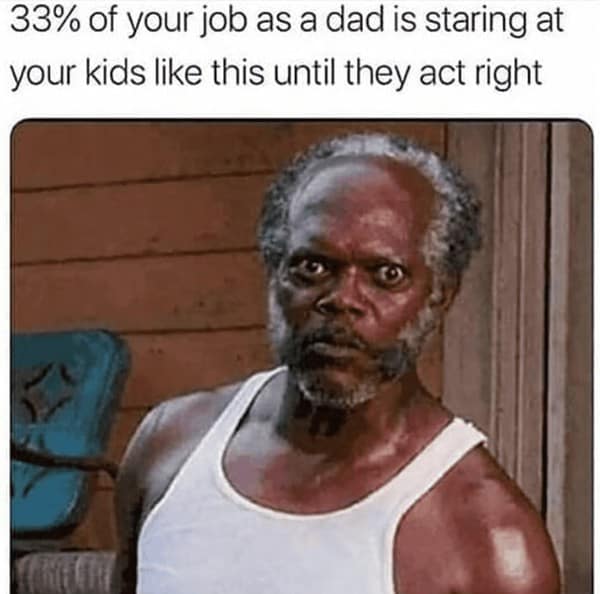 This meme is so true. Anyone that has kids knows that giving them the angry eye is all part of good parenting. 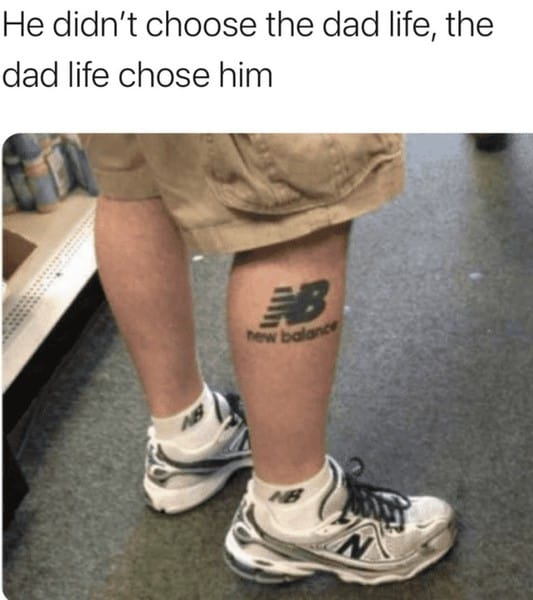 For some reason, New Balance is the common choice of shoe for dads. These once fashionable kicks are now known as dad shoes. This meme doubles down on this by showing a dad not only wearing New Balance but with a New Balance tattoo. Dedication. 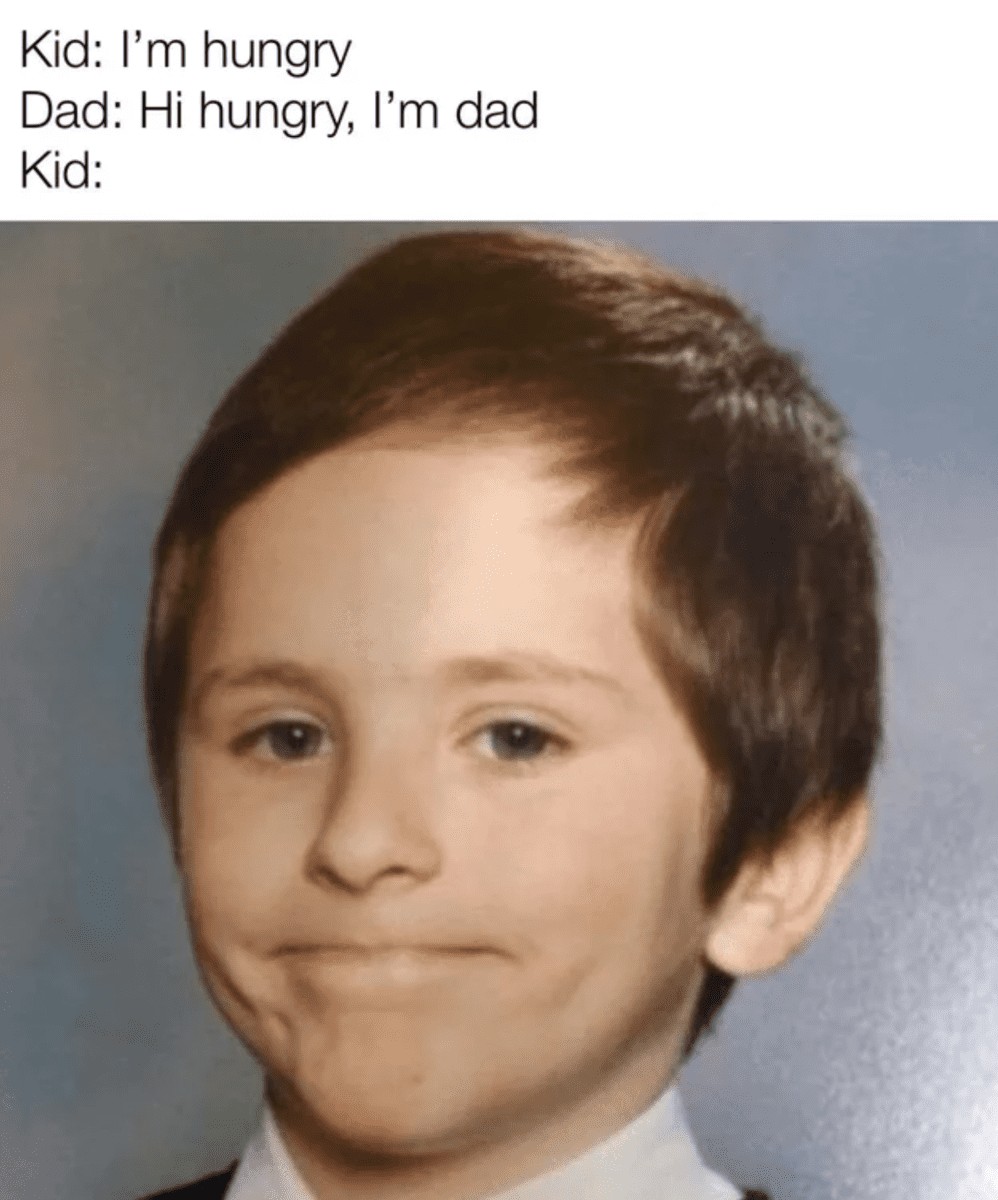 Another classic dad meme that doesn’t really need much explanation. 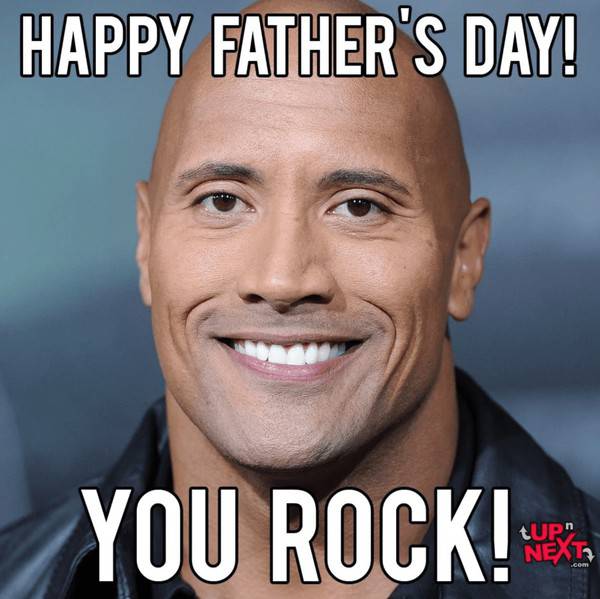 Wish your dad a happy father’s day with his classic dad meme. Dad jokes don’t get any sillier. 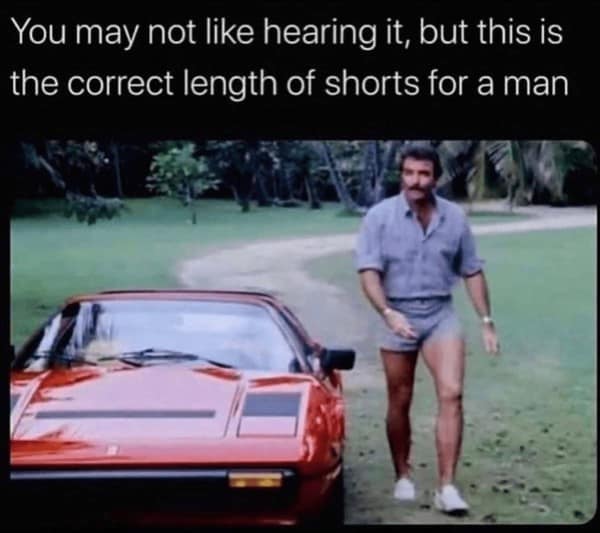 Only real men wear their shorts like this. No doubt your dad has a pair tucked away in his closet. 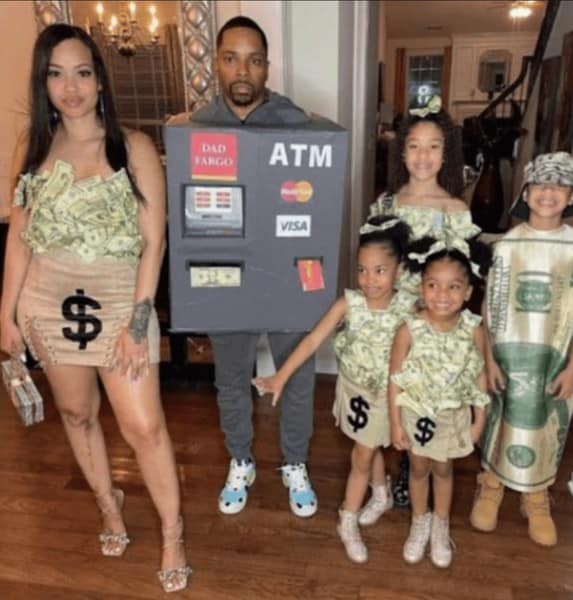 This is how most dads feel. This Halloween dress-up of a dad as a cash machine and his family as money is symbolic of many families. 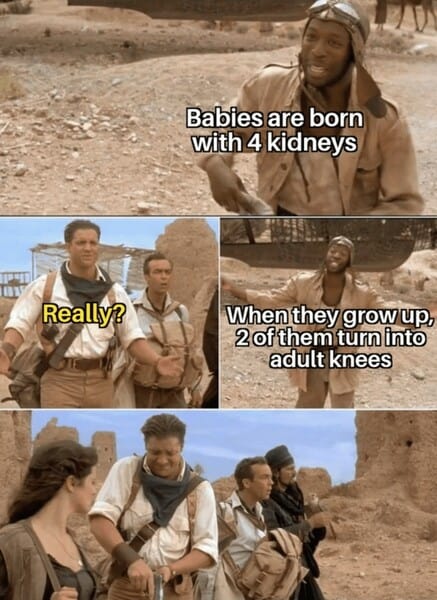 18. When the Dad Joke Goes Too Far 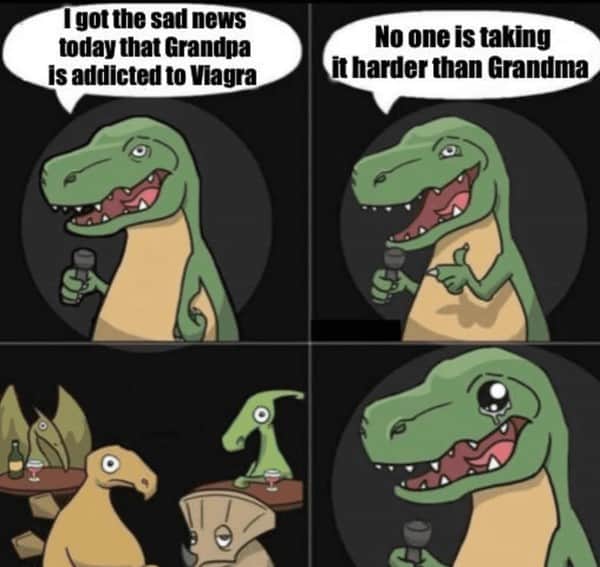 Sometimes the jokes dads like to quote are a little dirtier than anyone imagined and don’t get a great reaction. Imagine saying this at the next family dinner? 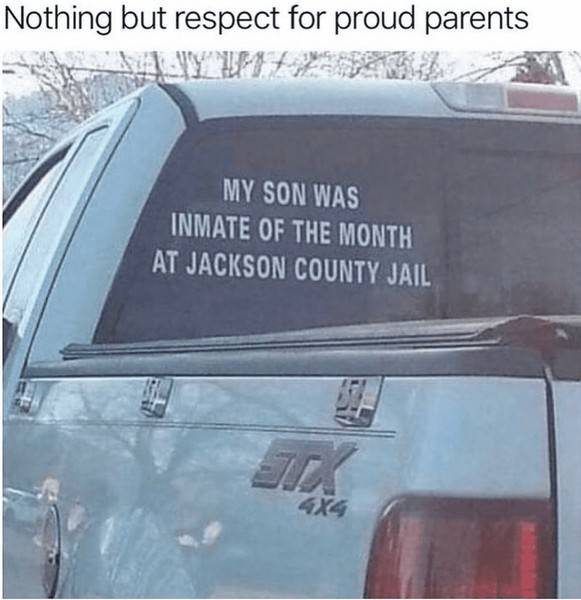 Nothing makes parents prouder than when their children exceed at something. While jail might not be high on everyone’s list, good on this family for supporting their son on the inside. Dad humor at its best.

This is one of the classic dad moves. Despite knowing all your friends since they were young, your dad still can’t remember who is who. 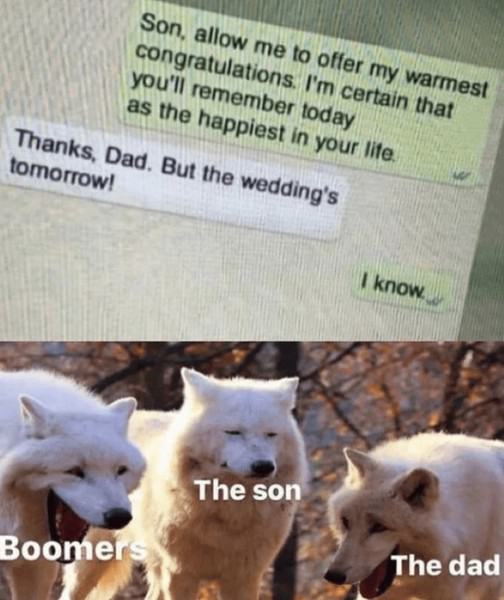 This is another meme that doesn’t really need much explanation. The addition of the picture of the three wolves does add an extra element of humor to this one though. 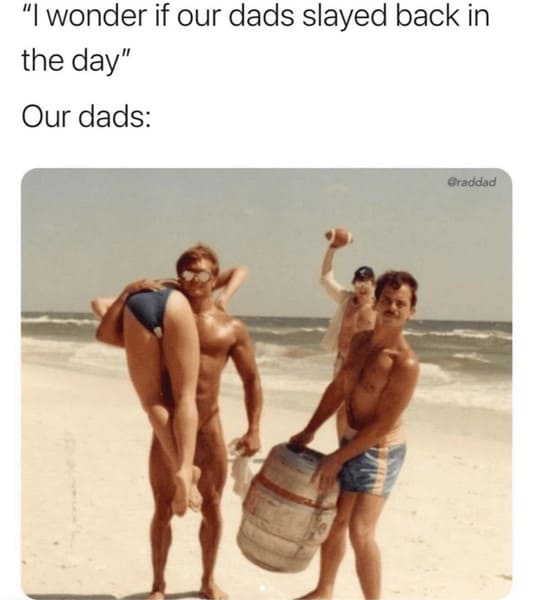 Ever wonder if your dad was slaying it during his youth? This meme puts any negative thoughts you might have had to bed. Your dad was the man! 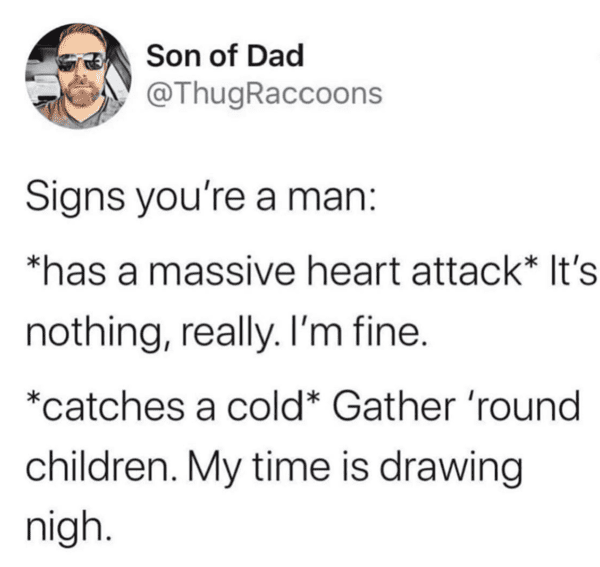 Why is it when a man gets a cold, it’s like the end of the world. Suffers a major injury or illness, no problem. Classic. 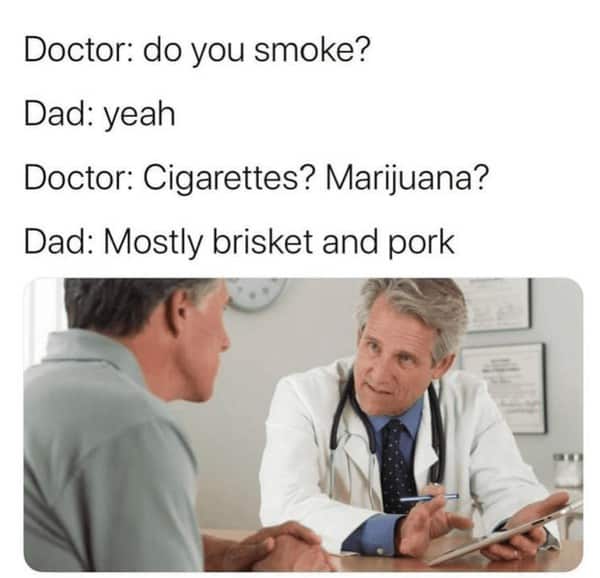 Another funny dad meme, this one is relevant to not just dads, but men over 30. That’s usually the age men start trying out the grill and learning how to smoke meat. 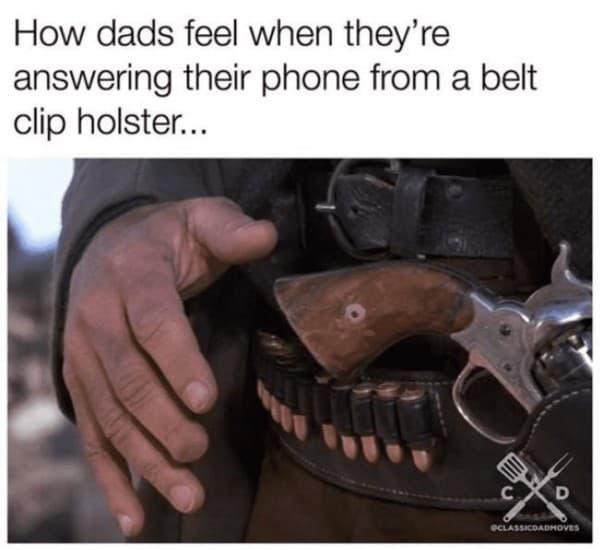 It might seem funny, but every dad really does feel this way. Reaching for their phone makes them feel like they are in a Western. 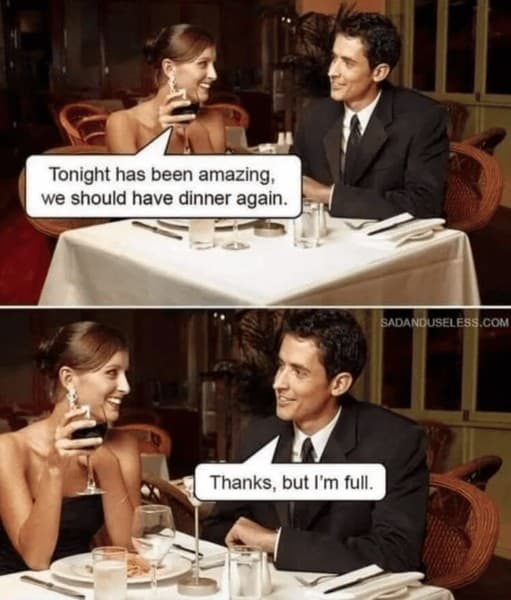 Here is a dad joke you are likely to use no matter how old you are. Your girlfriend will love it. 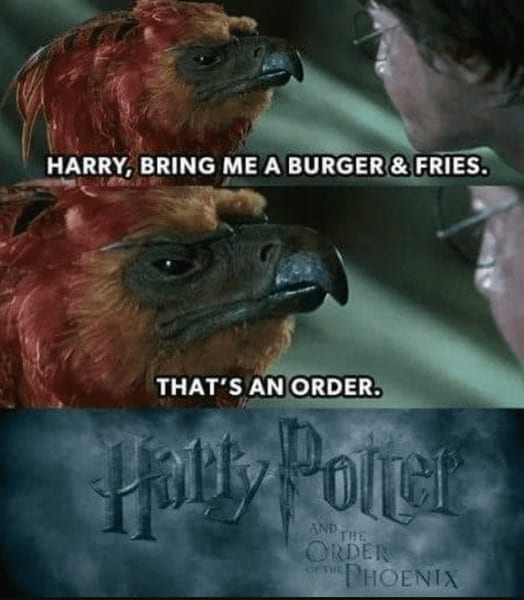 This one will have you laughing out loud. Unless you have no soul. A classic play on Harry Potter and the Order of the Phoneix. 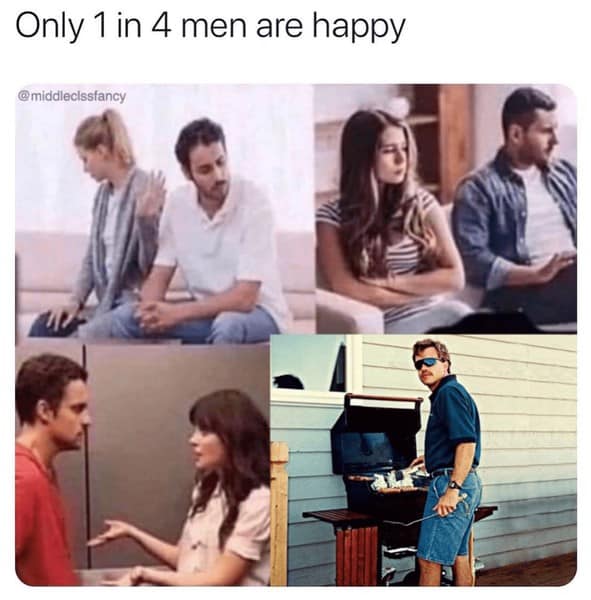 Can’t argue with this dad meme. But seriously, it’s a very witty take on the statistic that only one in every four men is happy. Who doesn’t feel good behind the grill?

29. This Is Where the Law Ends 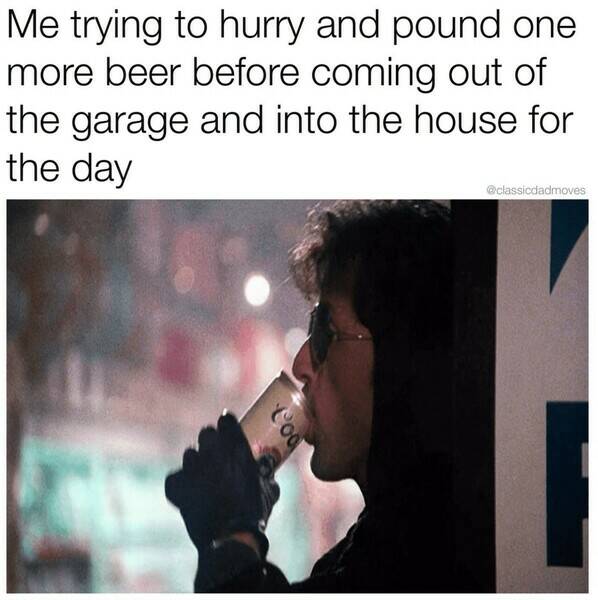 Dads love nothing more than a quiet beer in the shed. But when it’s time to come in for dinner they’re often forced to chug one more beer before heading in. Great use of Slyvester Stallone from 80s classic Cobra. 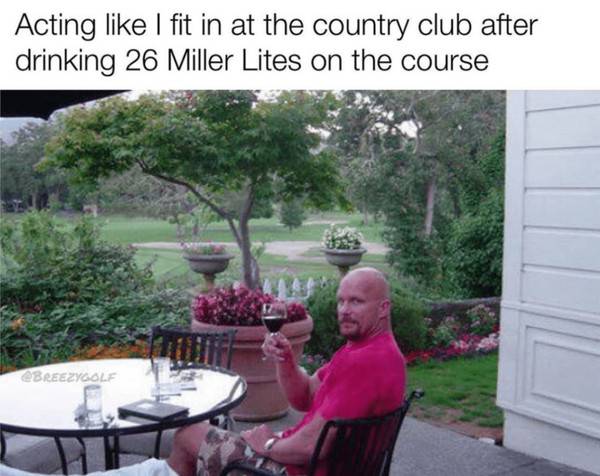 When you’ve been smashing the beers but need to act respectable. This is the perfect meme that sums up many dads after a day on the green. Beers on the course, wine off it. The use of Stone Cold Steve Austin, a known beer drinker, just caps things off.