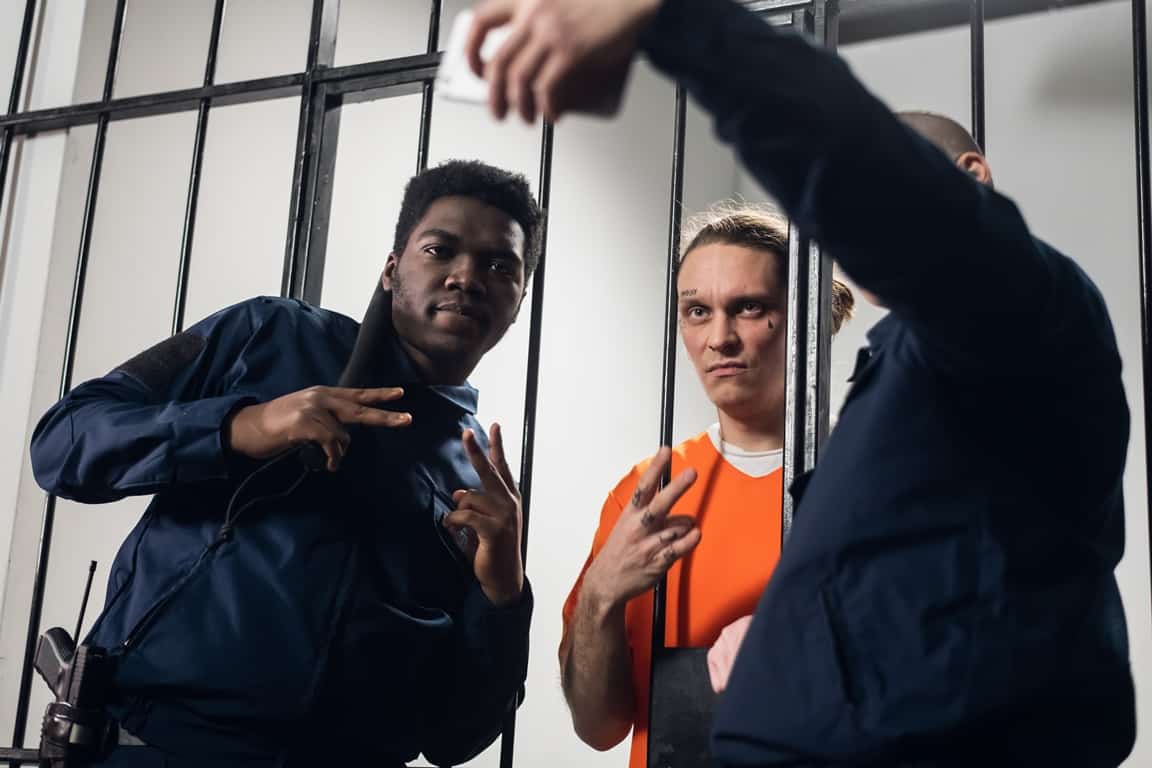 10 Stupid and Funny Reasons To Go To Jail

Nobody wants to go to jail. Being locked up and in prison is something most people wouldn’t wish on their worst enemy. Unless, of course, they deserve it. People who commit murder and other heinous crimes rightly get what is coming to them. But imagine going to jail because you didn’t return a library book? Or for tweeting something stupid? Well, these funny reasons to go to jail actually happened. That’s right, someone in the United States actually went to jail for an overdue book!

While many make stupid decisions that land them in prison, some of the reasons why people have spent time behind bars are just hilarious. To highlight how messed up the justice system is, here are 10 stupid and funny reasons people ended up in jail. 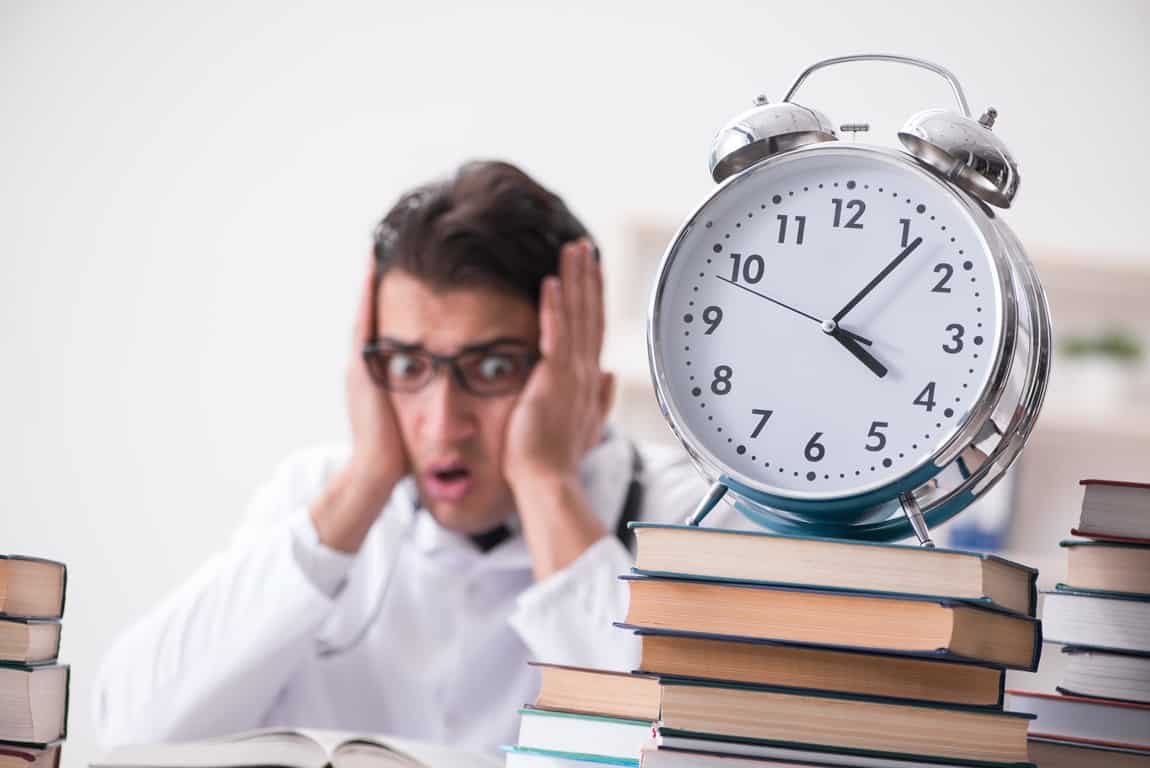 We’ve all had overdue books before. But have you ever spent a night in jail because of it? That’s what happened to New Mexico resident Lori Teel. She borrowed the first Twilight novel as well as the film and forgot to return them. Two years later and she had accrued a mammoth $36 in fines for failing to return the items. When police visited her home due to a disturbance, they discovered she had outstanding fines and placed her under arrest. They did so in front of her five children, which she has said has left them traumatized. Teel spent a night in jail for her hideous crime and is no doubt preparing for a life behind bars for such a heinous crime. She tried to sue the city for the trauma they caused, but that is probably related more to having read Twilight.

2. Punching a Domino’s Driver Because He Forgot the Garlic Knots 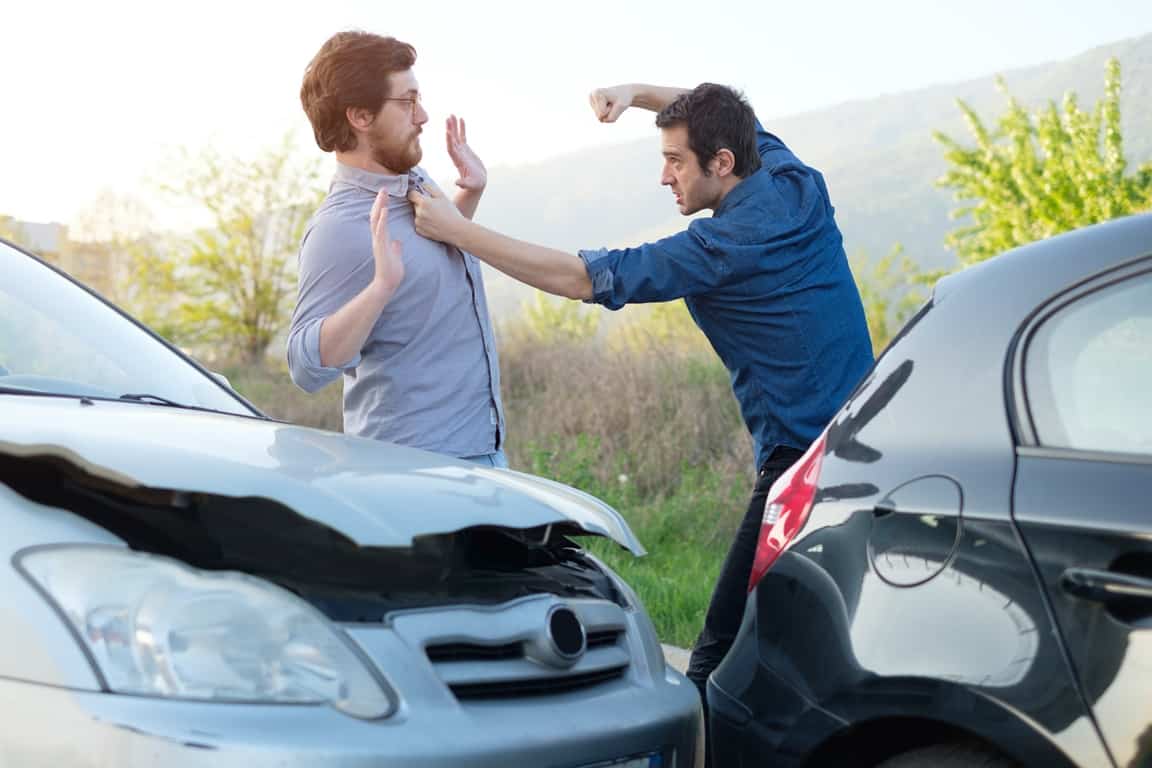 The moral of this story is don’t mess with a hungry man. As reported by the Broward Palm Beach New Times, a local resident got his hangry on when his order wasn’t fulfilled. 48-year-old Robert Wheeler ordered a pizza and garlic knots to be delivered to his home after a hard day. When the driver arrived, he had forgotten the garlic knots. Innocent mistake right? Not according to Wheeler.

The 346-pound behemoth stormed out of his house and met the driver at his car. Deliveryman Jonathon Feigen didn’t even have time to get out of his car before being attacked. Wheeler threw a punch at the 19-year-old through the window. Feigen copped a fist to the left eye while Wheeler was arrested. While admitting to the crime, Wheeler said the dispute wasn’t over the garlic knots but the money the Domino’s franchise owed him. While it is not known how long he spent in jail as a prisoner, it is most likely Wheeler was locked up in county jail until his bail conditions were met. The worst thing about this situation is he didn’t even get to eat his pizza. 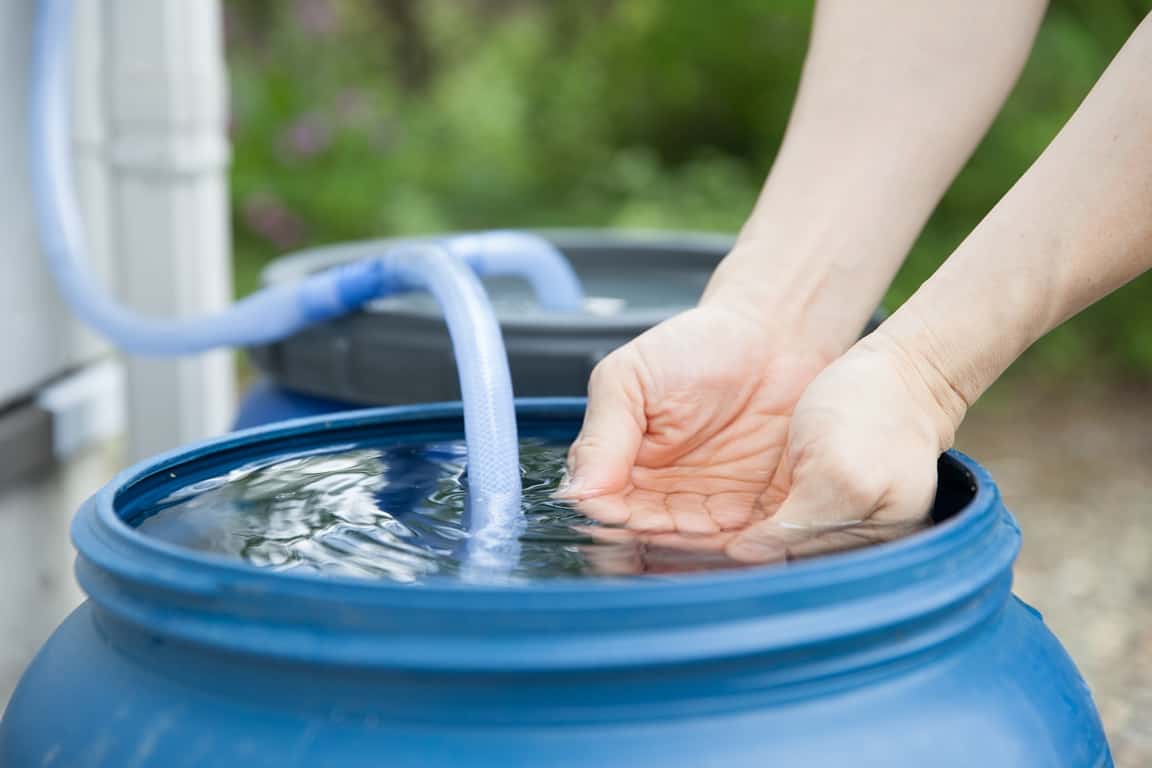 Farmer Gary Harrington was found guilty of collecting rainwater on his property according to Fox News. Apparently, this is a breach of state law as all water is publicly owned. Harrington lives in a fire hazard and collects the water to keep his property safe. It is believed he collected almost 13 million gallons of water in three separate reservoirs that he then stored in barrels. While it is not illegal to gather water from runoff and store it in barrels, Oregon officials think Harrington has gone too far. “Mr. Harrington has operated these three reservoirs in flagrant violation of Oregon law for more than a decade,” the department’s deputy director, Tom Paul, told the Medford Mail Tribune.

While this may be true, the council originally gave him permission to build the reservoirs before suddenly reversing their decision. “They issued me my permits. I had my permits in hand and they retracted them just arbitrarily, basically,” Harrington told CNS News. “They took them back and said, ‘No, you can’t have them.’ So I’ve been fighting it ever since.” He was sentenced to 30 days in jail and issued a $1,500 fine.

4. Listening To AC/DC Too Loudly 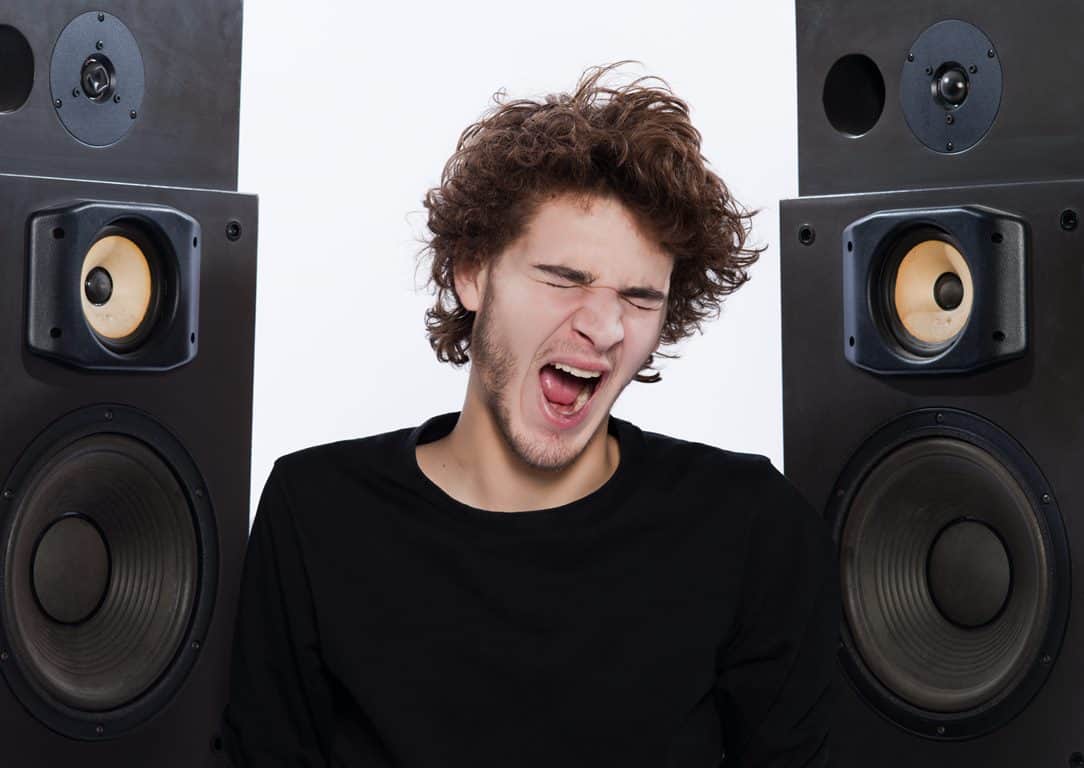 If you’re rocking out to AC/DC you need the volume turned up to 11. But maybe make sure your neighbors are ok with it. 53-year-old Joyce Coffy was arrested not once, not twice, but four times for headbanging along to AC/DC’s Highway To Hell in the space of 26 hours. As stated in the Daily Mail, she was first given a warning by police before they were forced to return just an hour later and arrest her. She was released but then arrested five hours later for playing loud tunes.

Coffy managed to get arrested again the next morning for the same offense. She was finally taken away and kept in a cell after a domestic disturbance report. She attacked her nephew with a frying pan when he tried to recover some of his things from the house. Coffy was jailed and ordered to undergo a mental health evaluation and listen to music with headphones. 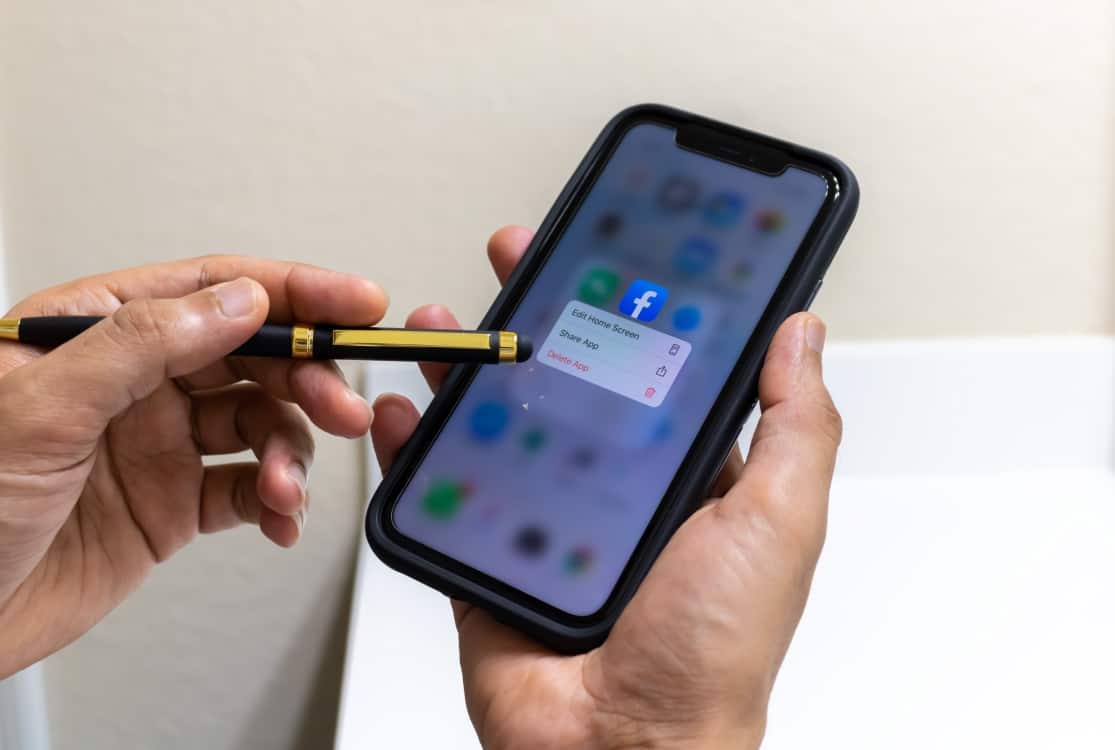 Everyone should delete their Facebook account, but it shouldn’t be because the courts ordered them to. Paula Asher found herself on the wrong side of the law when she made a silly remark about a drink driving incident she was involved in. Asher had a little too much to drink and ran into the back of another car before fleeing the scene. Thinking of herself as a comedian, she took to Facebook and commented, “My dumb bass got a DUI and I hit a car…LOL”

This didn’t go down well with those involved in the accident and they told the judge. While Asher claimed her original post was just a funny joke, the judge didn’t see the funny side of things. Asher was ordered to delete her Facebook account, which she didn’t. Next thing she knew she was in country jail for 48 hours. The moral of the story is to take the criminal justice system seriously.

6. Failing To Predict an Earthquake 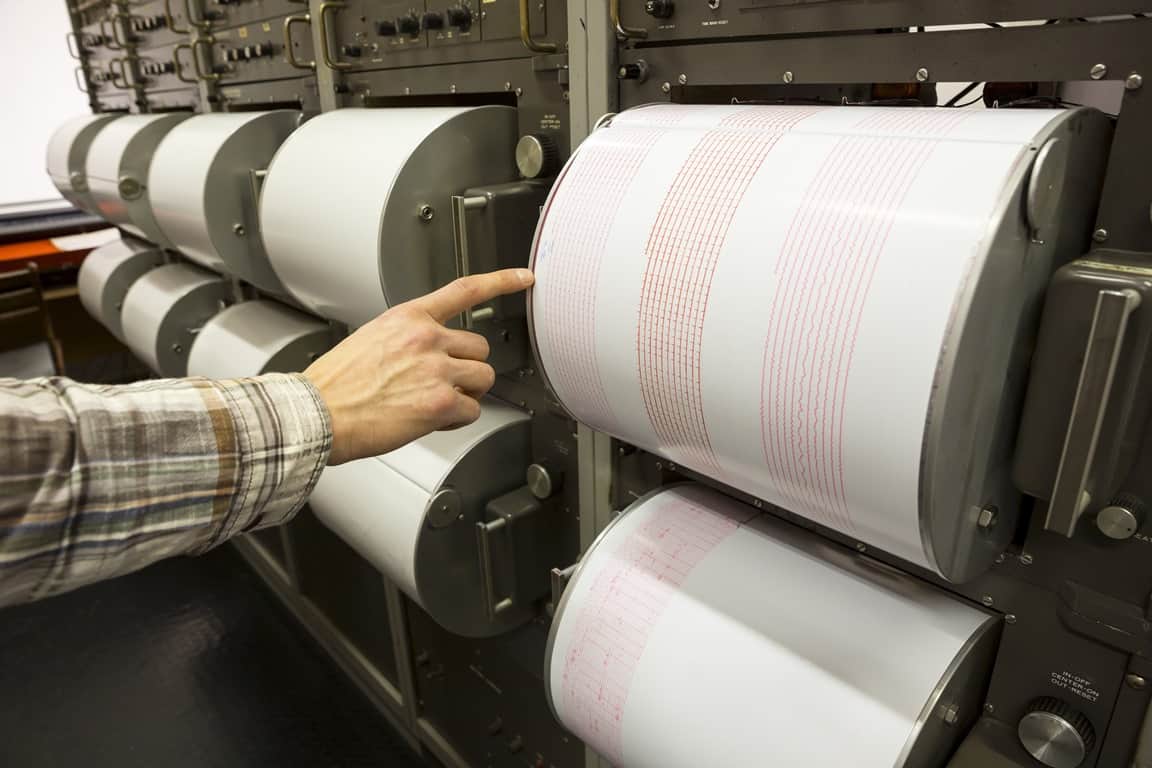 Six Italian scientists did jail time after they failed to predict an earthquake. As the BBC reports, they were found to have given a “falsely reassuring statement before the quake” that devastated the city of L’Aquila and killed 309 people. It took the judge, Marco Billi, just four hours to find the scientists (and one ex-government official) guilty of manslaughter. The trial upset many in the scientific world, who understand how hard it is to predict natural events such as earthquakes and typhoons. More than 5,000 scientists signed an open letter to Italian President Giorgio Napolitano in support of the group. Thankfully calmer heads prevailed and the group only spent a short time behind bars before being exonerated. 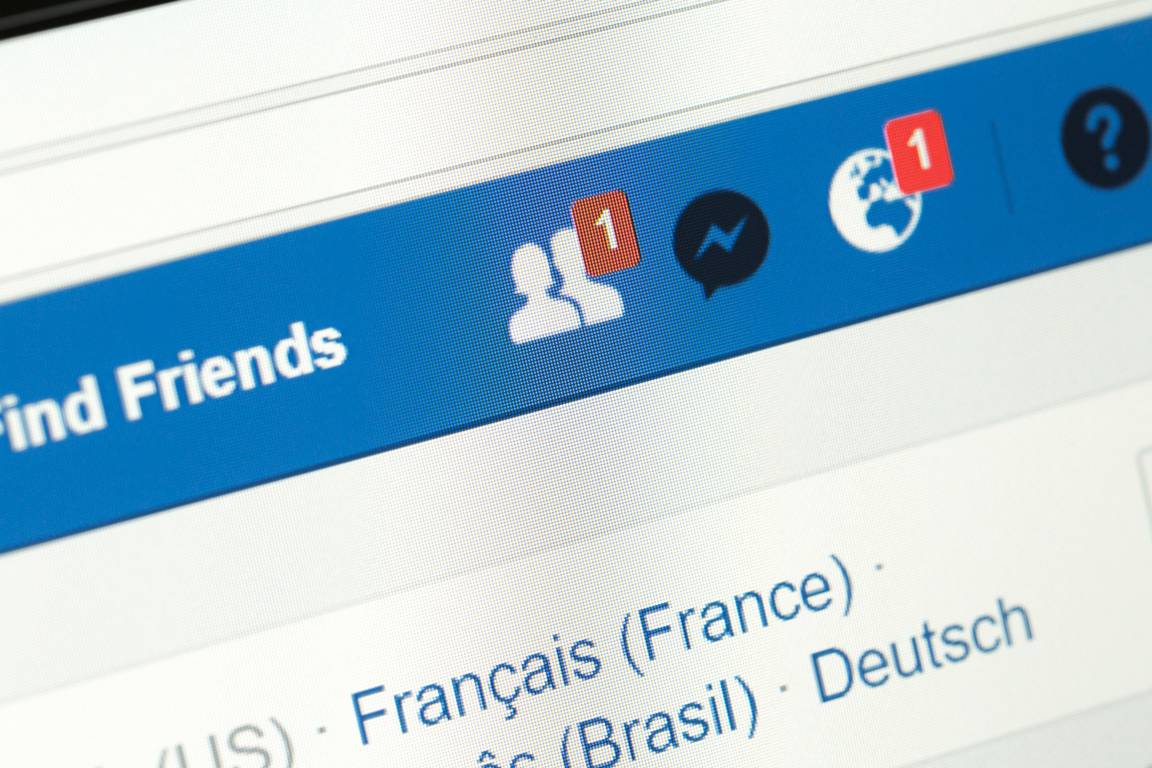 Sending a friend request is fine as long as the person isn’t the defendant in a court case you are a part of. Jacob Jock was a member of the jury for a civil case when he decided to send a friend request to the defendant. Would you be surprised to find out she was an attractive woman? He said it was an accident as he was looking her up to make sure they didn’t have any mutual friends, despite the judge warning the jurors not to use the Internet to research the defendant. While he might not have thought it was a big deal, the judge disagreed. Not only was Jock taken off jury duty, but he spent three days in jail for his troubles. 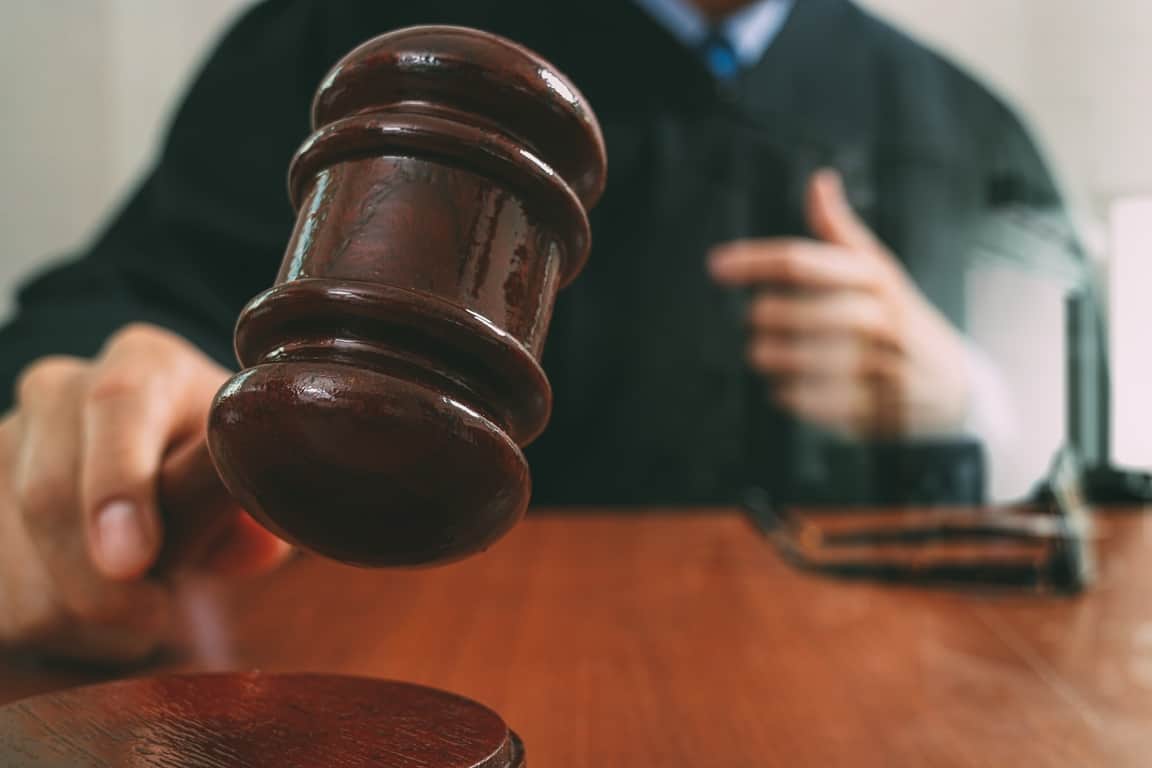 Don’t mess with Judge Robert Restaino. During a domestic violence trial he was presiding over, a phone rang. This angered Restaino who demanded the person with the mobile come forward. When nobody did, he told the court, “Everyone is going to jail, every single person is going to jail in this courtroom unless I get that instrument now.” True to his word, Restaino locked the court and ordered the police officers present to search everyone there. Unable to find the offender, Restaino had all 46 members of the court arrested. 32 posted bail and the remaining 14 were shipped off to the country jail. Later in the afternoon Restaino saw the error in his ways and released all 46. 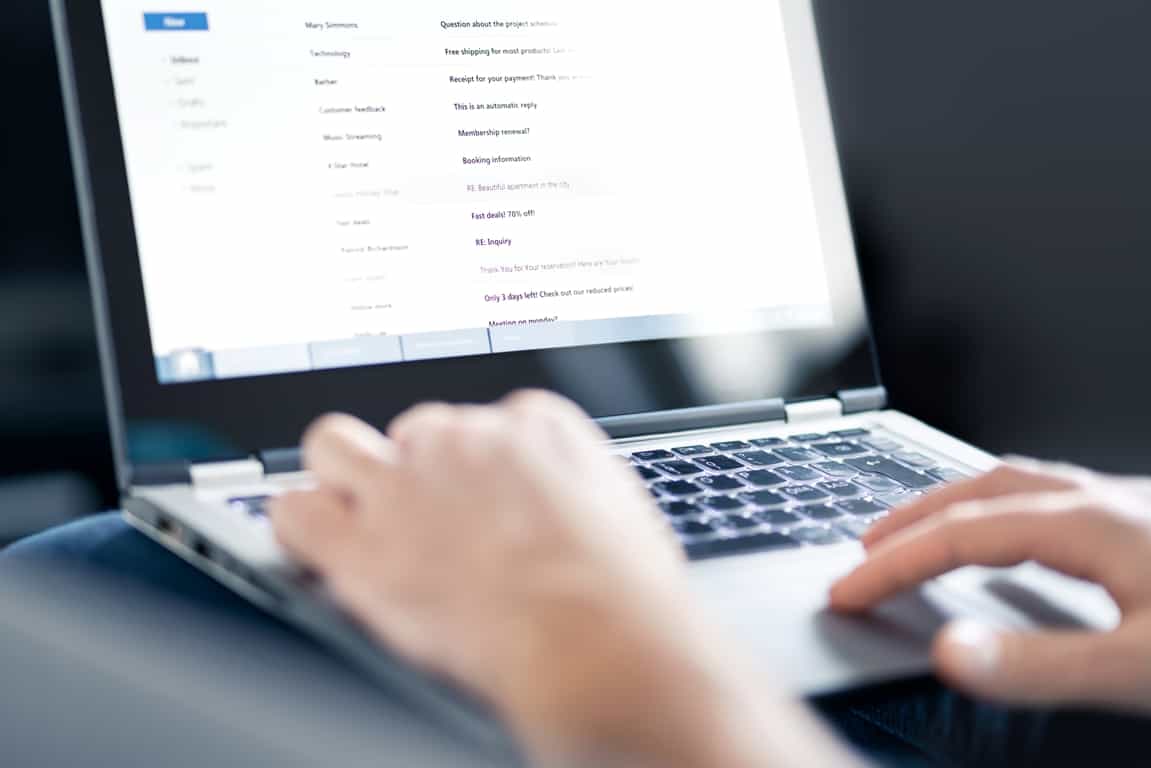 Poor Leon Walker. Not only was he facing five years in jail for reading his wife’s emails, but he also discovered his wife, Clara Walker, was having an affair. What a double whammy. Suspicious she was sneaking around behind his back, Walker read his wife’s emails and found out his intuition was true. She was having an affair with her second husband, who had been previously arrested for beating her in front of her child with her first husband (Walker was her third). Still, following?

Worried about the child’s safety, Walker got in contact with the first husband. Once exposed, Clara alerted the police and Leon was arrested for snooping, with the possibility of five years hard time. Thankfully for Leon, things worked out in his favor when it was revealed that Clara had also been reading his text messages. You can’t be suing someone for the same crime you committed, so the case was dropped.

Although Leon didn’t technically spend any time in jail (bar his initial arrest), this story is too funny not to share. 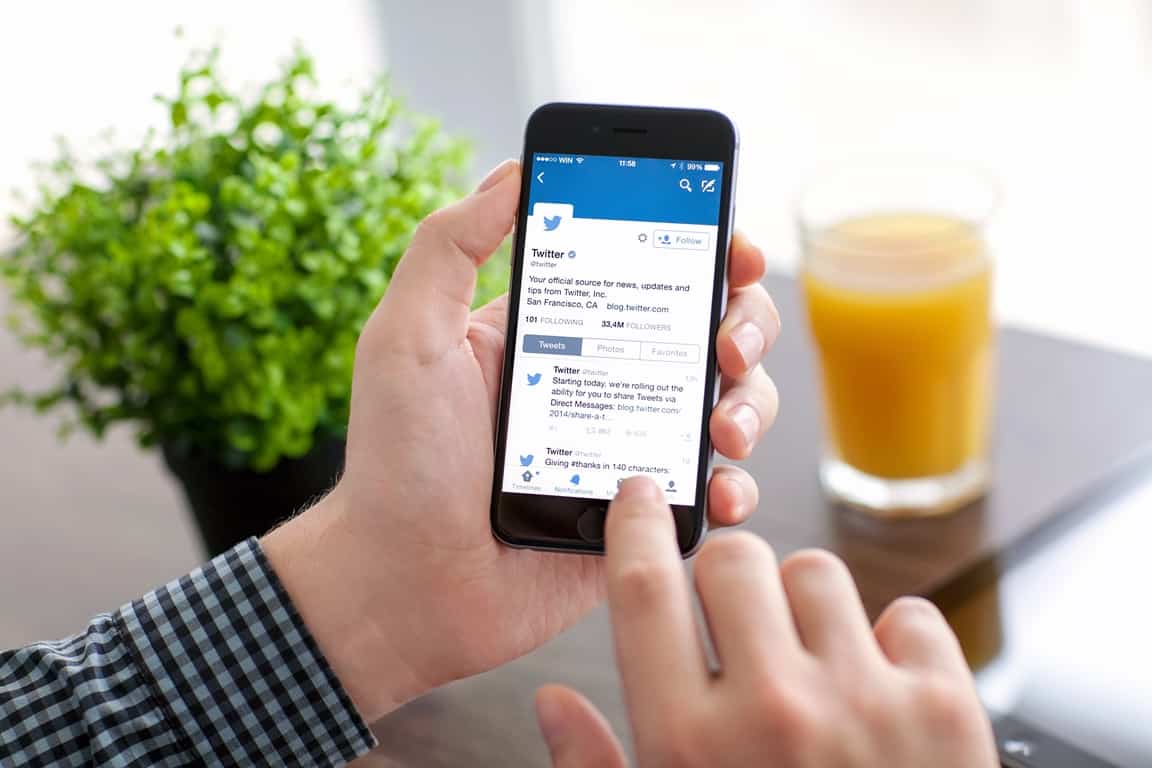 Social media has allowed a whole new wave of idiots the ability to say what they want. Unfortunately (or maybe fortunately) for Liam Stacey, this resulted in jail time. The 21-year-old Swansea University student took to Twitter and made offensive comments about footballer Fabrice Muamba, who suffered a heart attack on the pitch. When challenged by other Twitter users, he went on a tweeting spree, firing off offensive tweets to those people who got stuck into him.

As expected, Stacey quickly backtracked when he realized he was in over his head. After being arrested by police he blamed the tweets on his account being hacked. Then he said he was drunk. Finally, he admitted to just being silly and having a laugh. The judge in the case didn’t see the funny side and handed out a 56-day prison sentence.

Unlike some on this list, Stacey deserves his sentence and hopefully what happened to him sends a warning to those Twitter trolls hiding behind their keyboards.