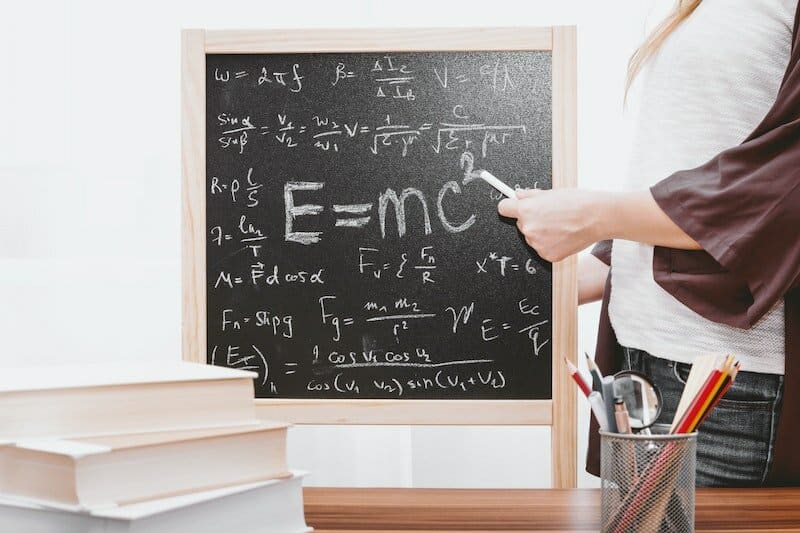 Maths was never my strong suit at school. Why we needed to learn fractions and algebra is anyone’s guess. I can’t say I’ve ever used either in the real world. But I digress. While maths might not have been my favorite subject, it does provide plenty of laughs thanks to math memes.

Whether you’re a trigonometry king, a multiplication master, or a maths novice, these math memes will have you chuckling out loud. So read on and have a laugh at these hilarious math memes.

1. Everything You Need To Know Can Be Found in These Two Books 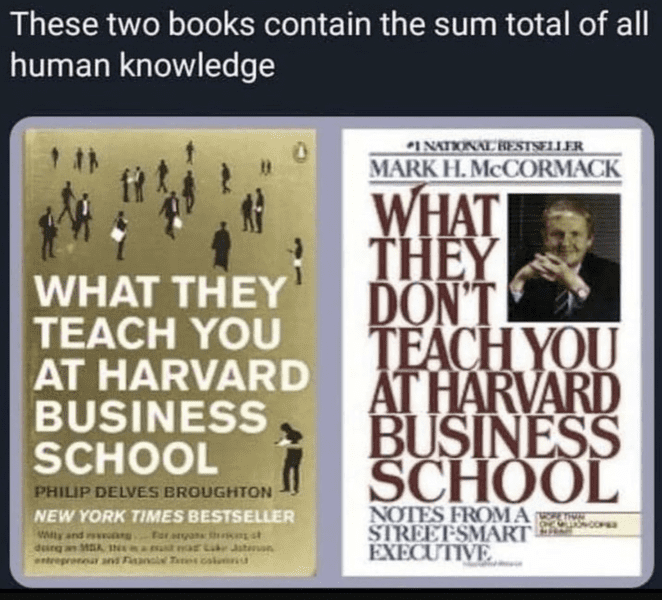 Who knew all the knowledge you need when it comes to business and maths can be found in these two books? 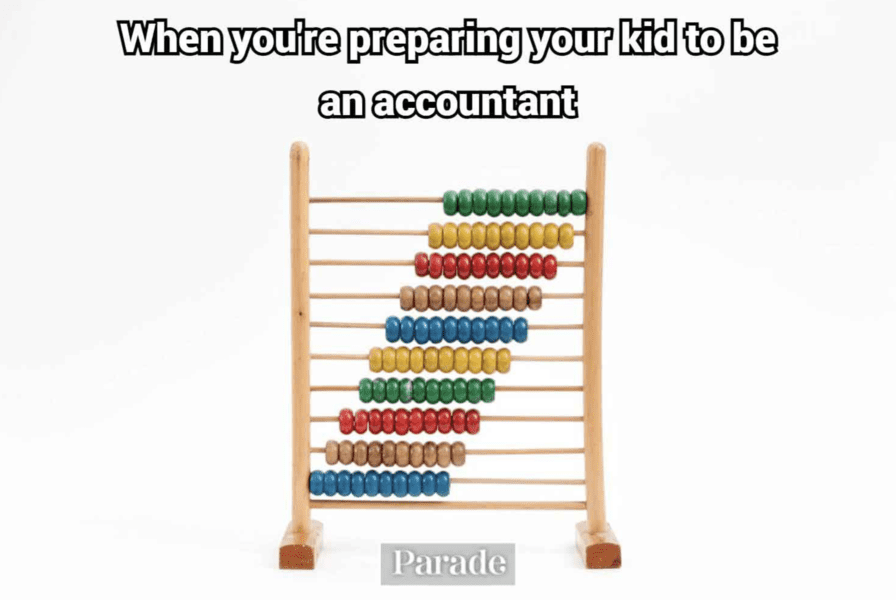 This math meme is aimed at all the parents who want their kids to become mathematics geniuses. If you start early and get good with numbers, a career as an account is in the future for any possible offspring. 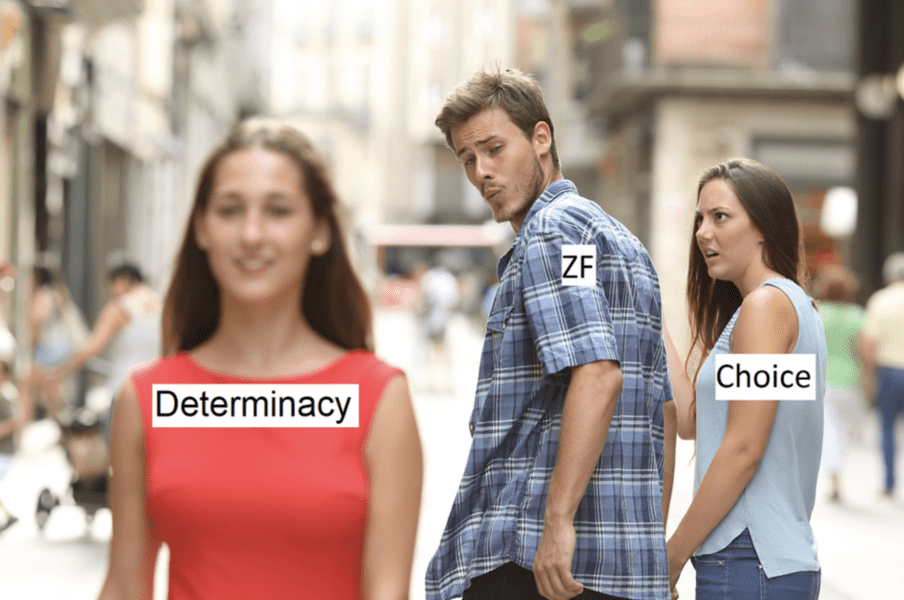 A great use of the “Distracted Boyfriend Meme” pitting choice against determinacy. A funny mathematical meme even kids will understand. Maybe. 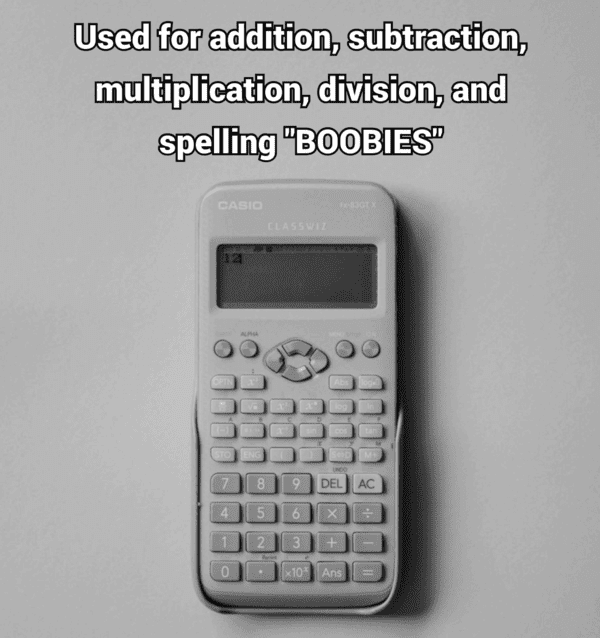 Calculators are great for helping work out hard equations. Every student has one and they are a must if you want to solve a tricky math problem. While ideal for addition, subtraction, multiplication, and division, they can also be used when spelling, particularly if you need to know the right letters to spell the word boobies. 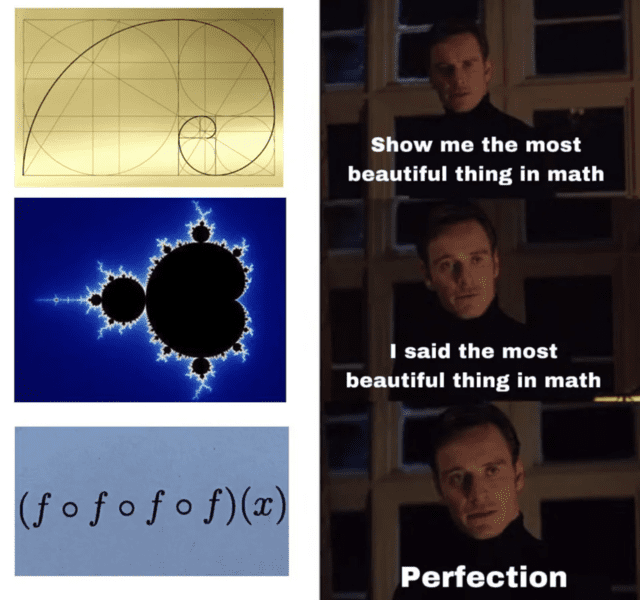 Is this not the most beautiful math equation you have ever seen? Any science or math teacher will approve. 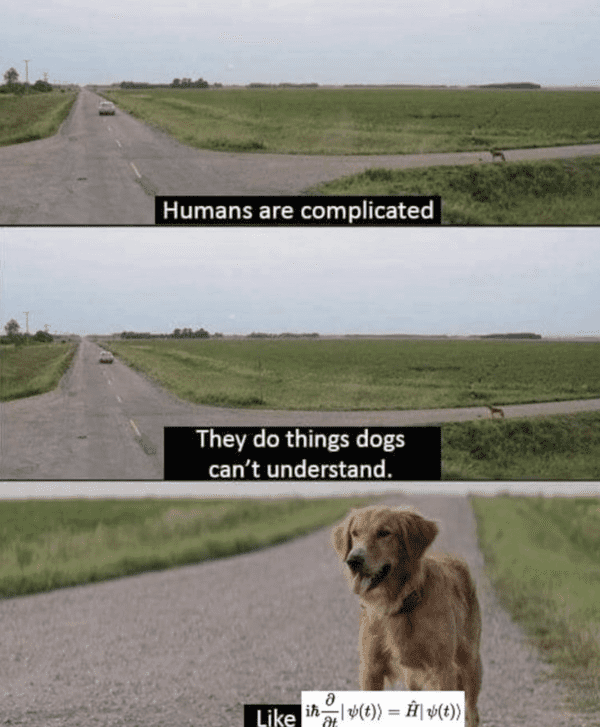 Yeah, humans are smart. Much smarter than dogs. There is no way a dog could solve a math problem like this. Go, humans. 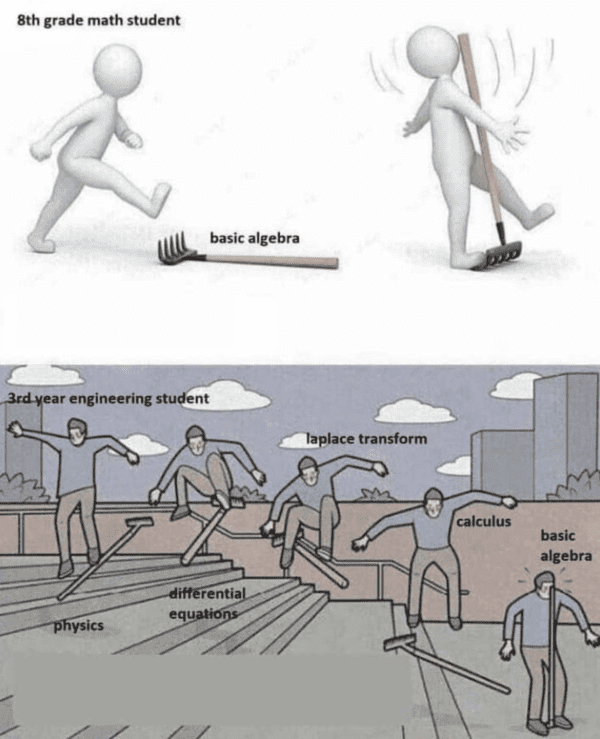 It doesn’t matter whether you’re a math teacher, A-grade student, or fledgling scientist, algebra will always trip you up. 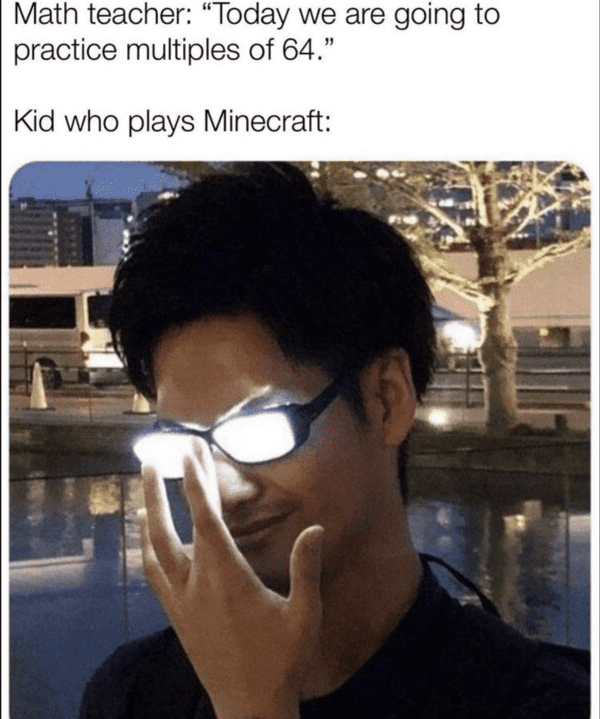 When an educator makes a statement like this, the Minecraft players know what’s what. Not a joke everyone will get, but still a funny math meme.

9. I Wonder What He’s Drawing? 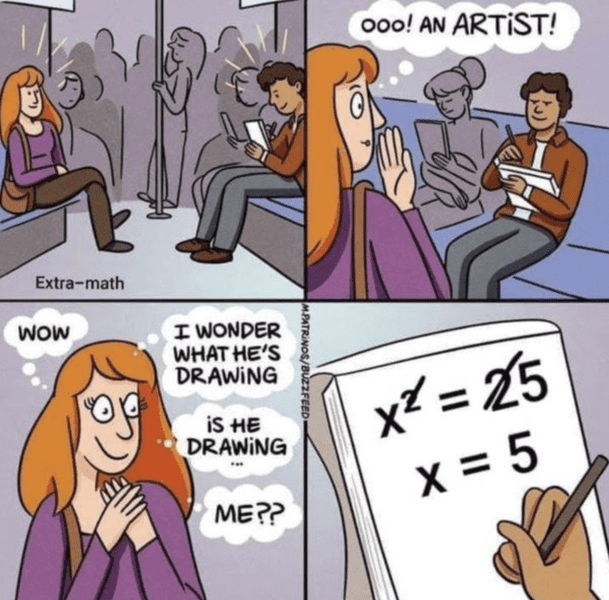 10. A Fate Worse Than Death 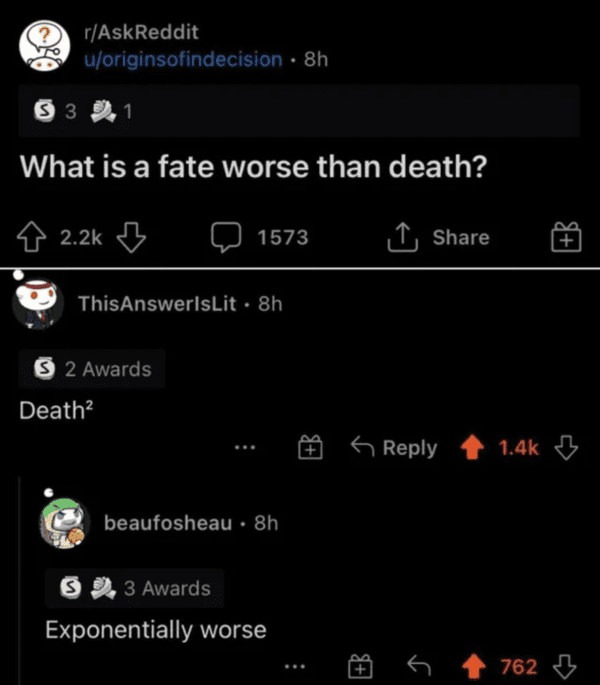 Death isn’t a great outcome, but imagine death squared? This is a lesson you won’t learn in the classroom. Fact. 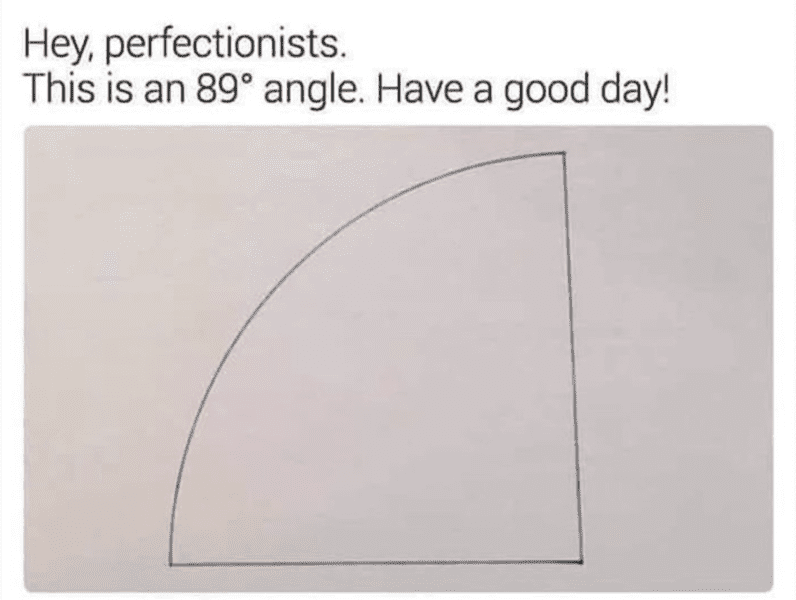 This image is sure to bug anyone who is a perfectionist.

12. Covering All Your Bases 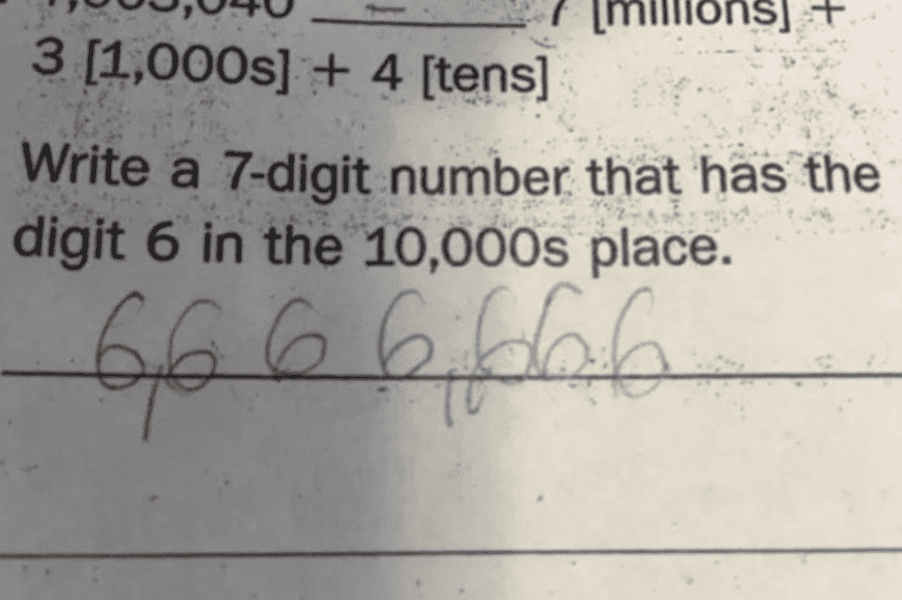 This student has made sure they get this math questions correct by using six for every digit of the number. Who needs calculus when you’re this smart? 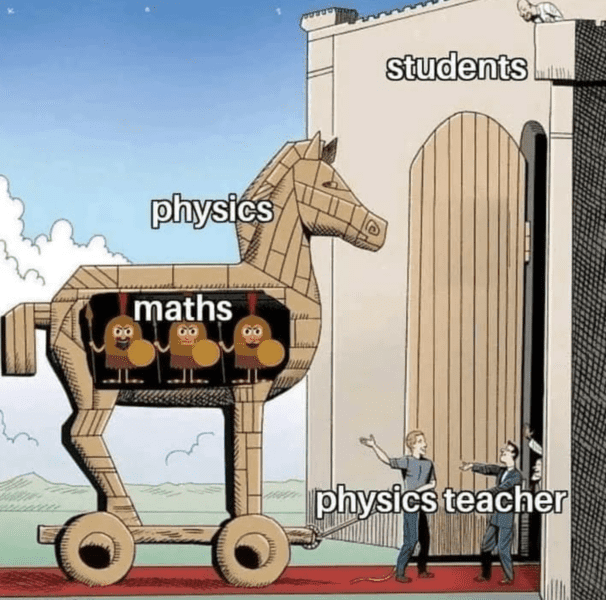 No matter the science, be it chemistry or physics, maths always has a way of getting involved. 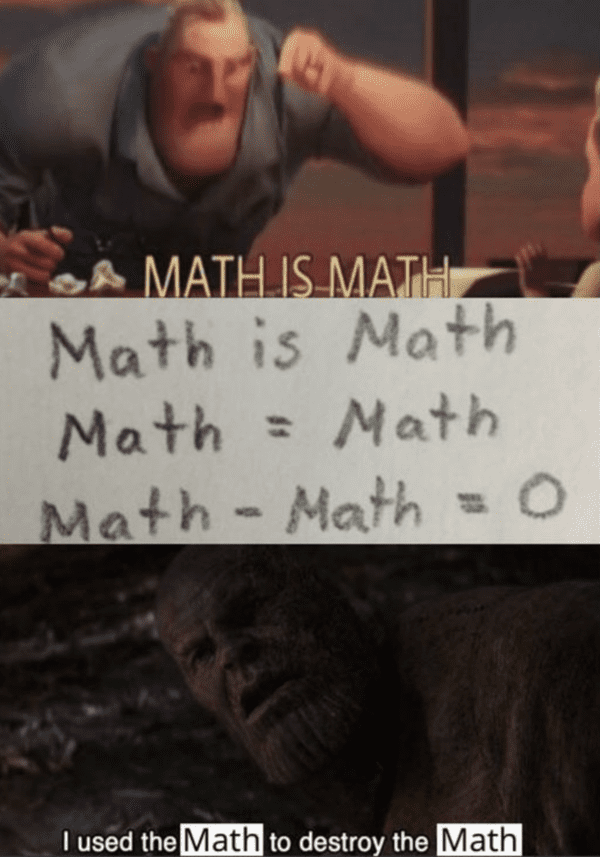 Whether teaching or learning, everyone needs to understand that math is math. It’s science. 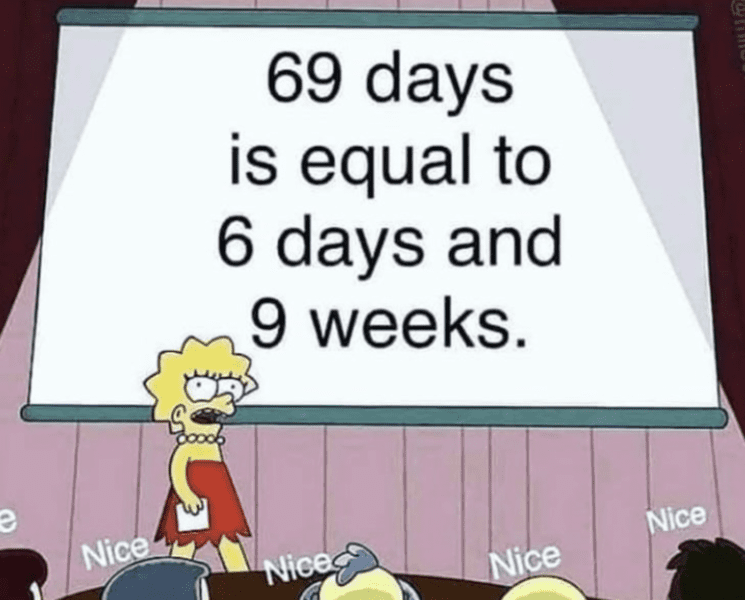 Here is a simple math meme everyone can understand. You don’t always have to be a mathematician to get the correct answer. This one is simple math any person can work out. 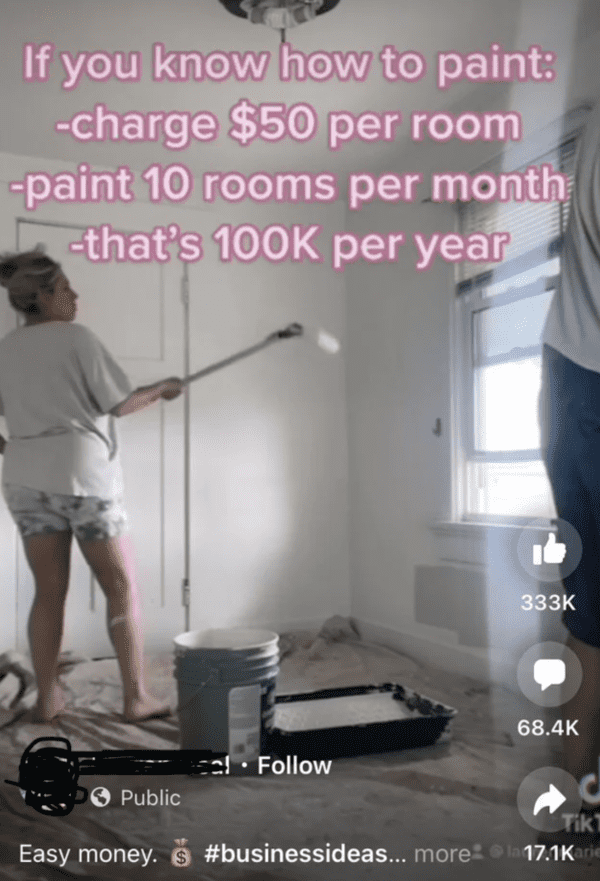 Someone needs to go back to school and the math classroom and learn how to multiply. No surprise this is a post taken from social media. The young generation just doesn’t get it. 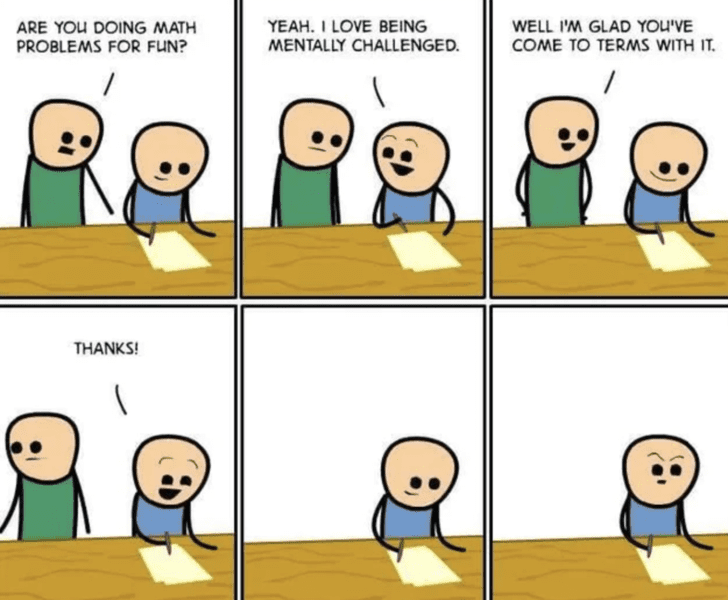 The Cyanide and Happiness comic strips are always hilarious and this one is no exception. While one of the characters is solving math problems with a pencil and his brain, the other congratulates him on being mentally challenged. It’s certainly not as controversial as some of the comics in the series but still makes for one of the better math memes on this list. 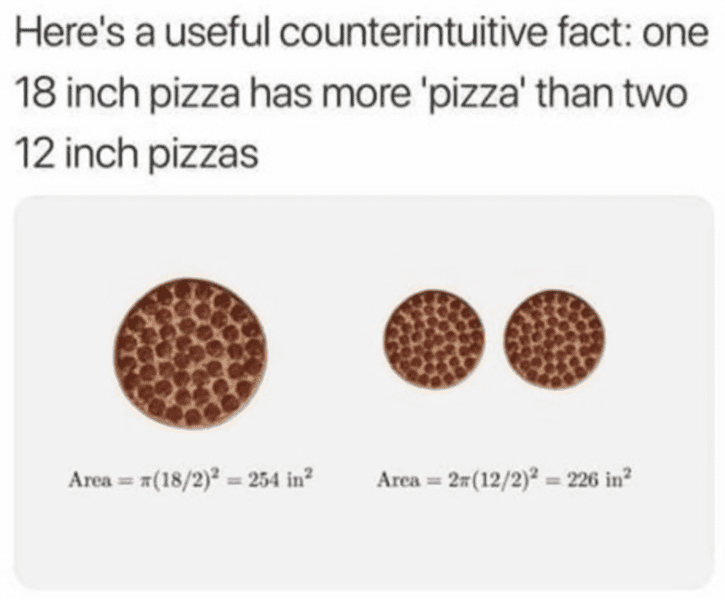 Here is a handy formula that proves you get more when buying an 18-inch pizza than two 12-inch pizzas. Every child should be taught this when in school. 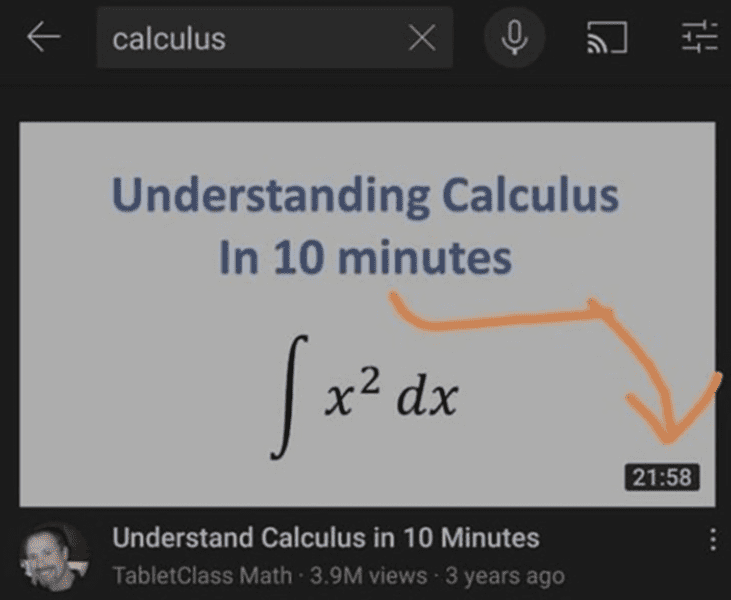 Not sure this is the calculus video you really want to be watching. 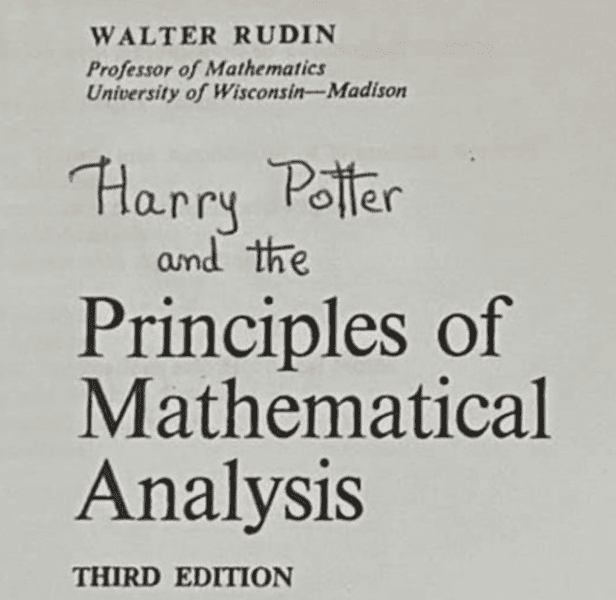 This text is the long-lost Harry Potter novel everyone has been waiting for. No doubt it will be all the rage in the classroom and a great resource for pupils.