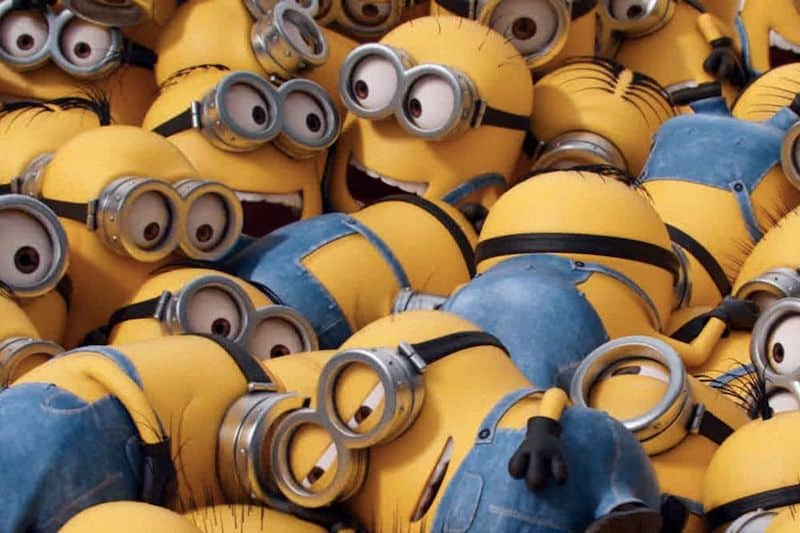 Minions are the stars of Despicable Me, one of the most successful Universal Pictures animated films in recent history. These small yellow creatures have been around since the dawn of time. Over the centuries they have evolved into their current form, with their sole purpose being to serve evil geniuses. Unfortunately, they aren’t the smartest creatures in the world and always end up killing their masters. While they try their darndest to be helpful, their actions usually end in disaster. This makes them the ideal subjects for Minion memes.

These funny creatures from Despicable Me have become fan favorites and the memes they feature in are often hilarious. They can be used for all sorts of situations and jokes. Many Minion memes don’t actually have anything to do with Minions themselves, but the addition of these enthusiastic, positive, and strange looking characters helps make the memes even funnier.

So whether you are a fan of the movies or just like to have a good giggle, these are the 16 best Minion memes on the internet. 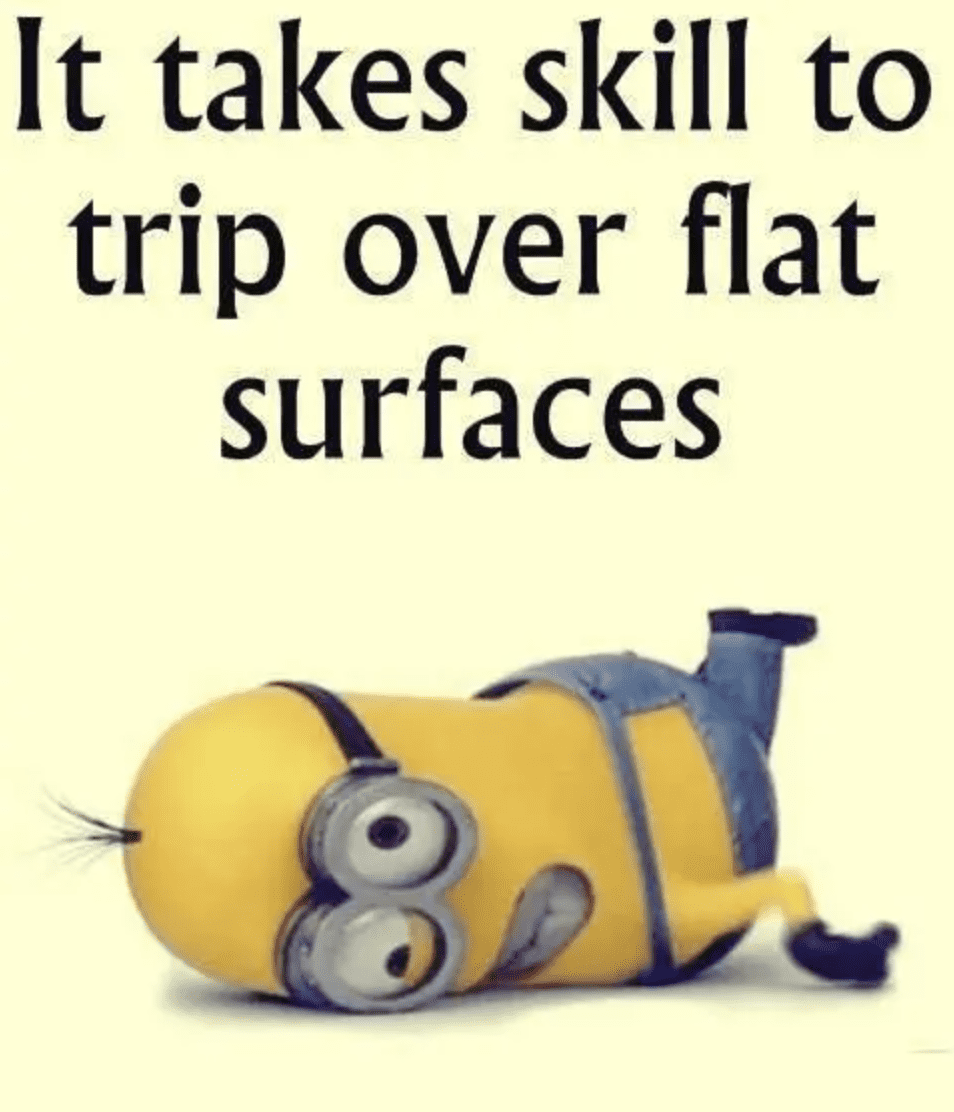 Minions are clumsy little creatures and this Minion meme sums that up perfectly. It’s also relevant to anyone who also finds themselves falling down a lot. 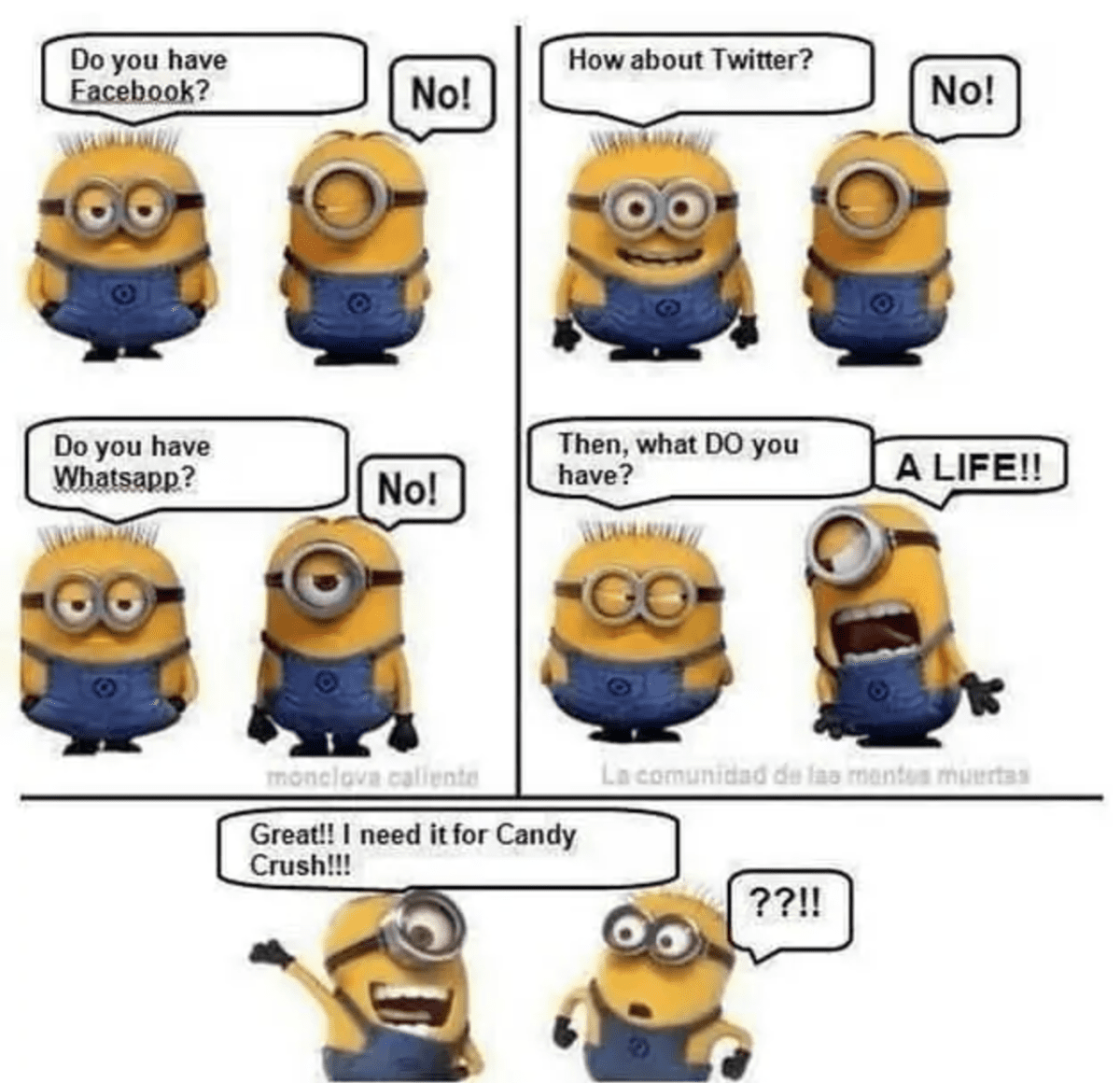 Minions aren’t the smartest knives in the draw and this meme demonstrates that. 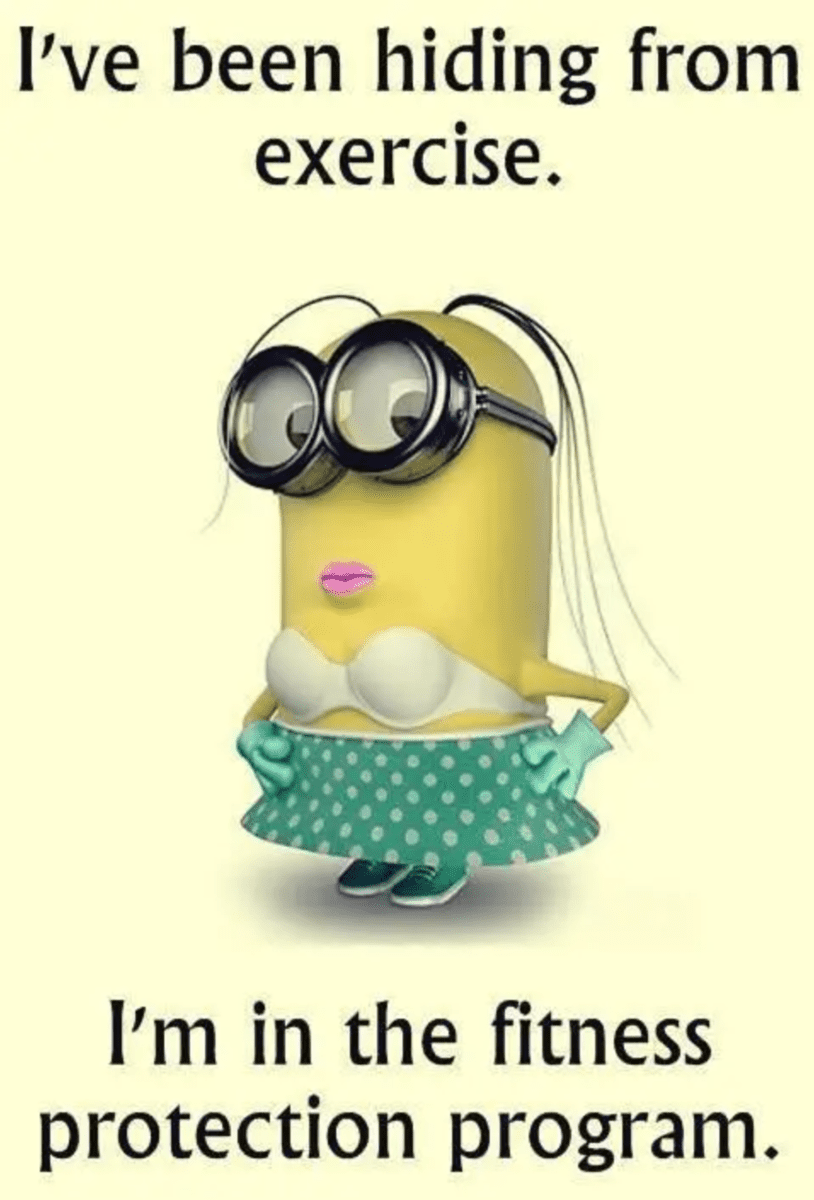 Nobody likes exercising. This Minion is doing its best to not exercise by disguising itself and hiding out in the fitness protection program. This is quite a funny meme and a great idea that should bring a smile to your dial. 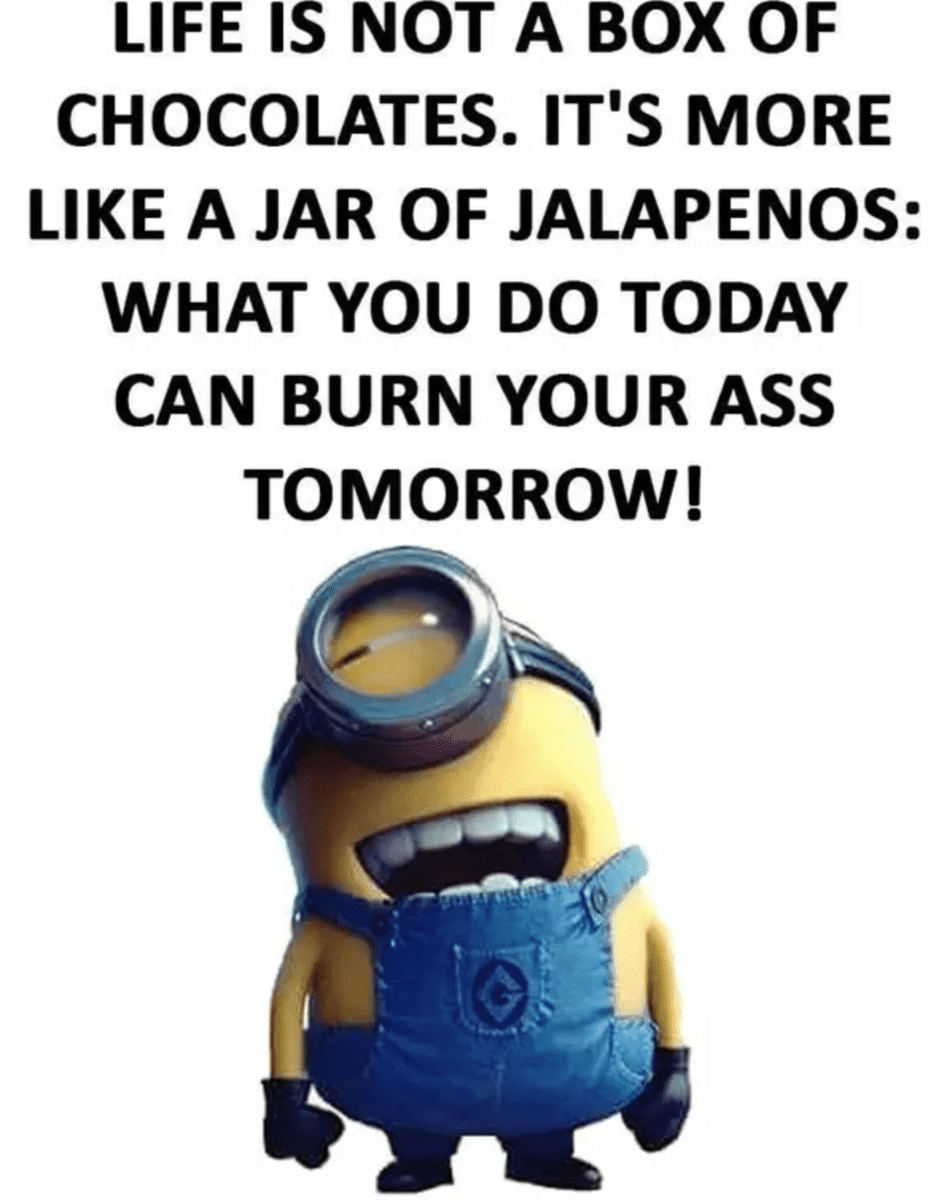 Riffing on the classic line from the film Forrest Gump, it is hard to disagree with this meme that might provide some inspiration to get off your butt and chase your dreams. Or it will just remind you of the spicy food you ate last night. 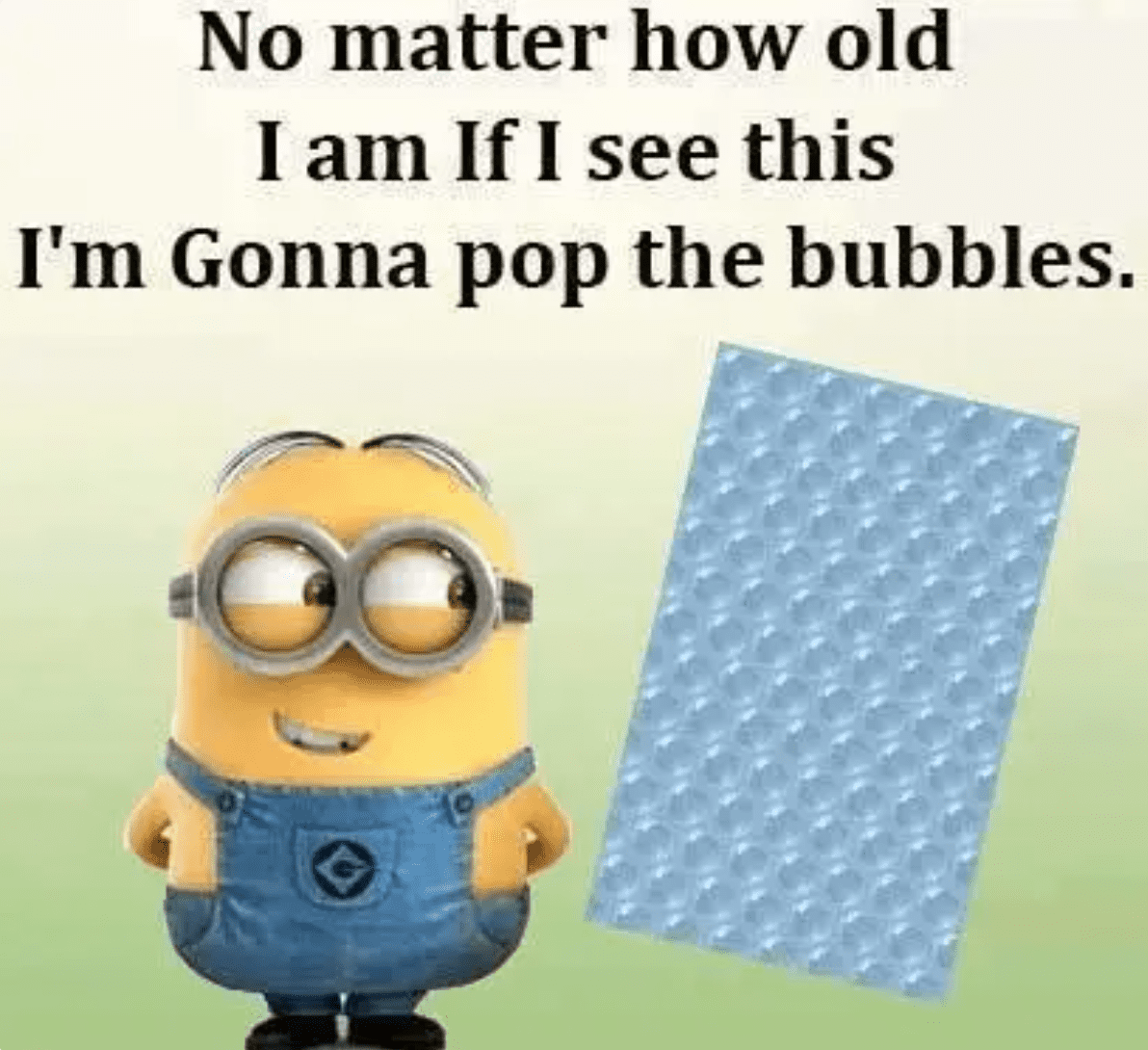 Who can stay away from bubble wrap? It’s not just kids who like to go pop. Adding a Minion to the mix only gives this meme a cheeky feel. 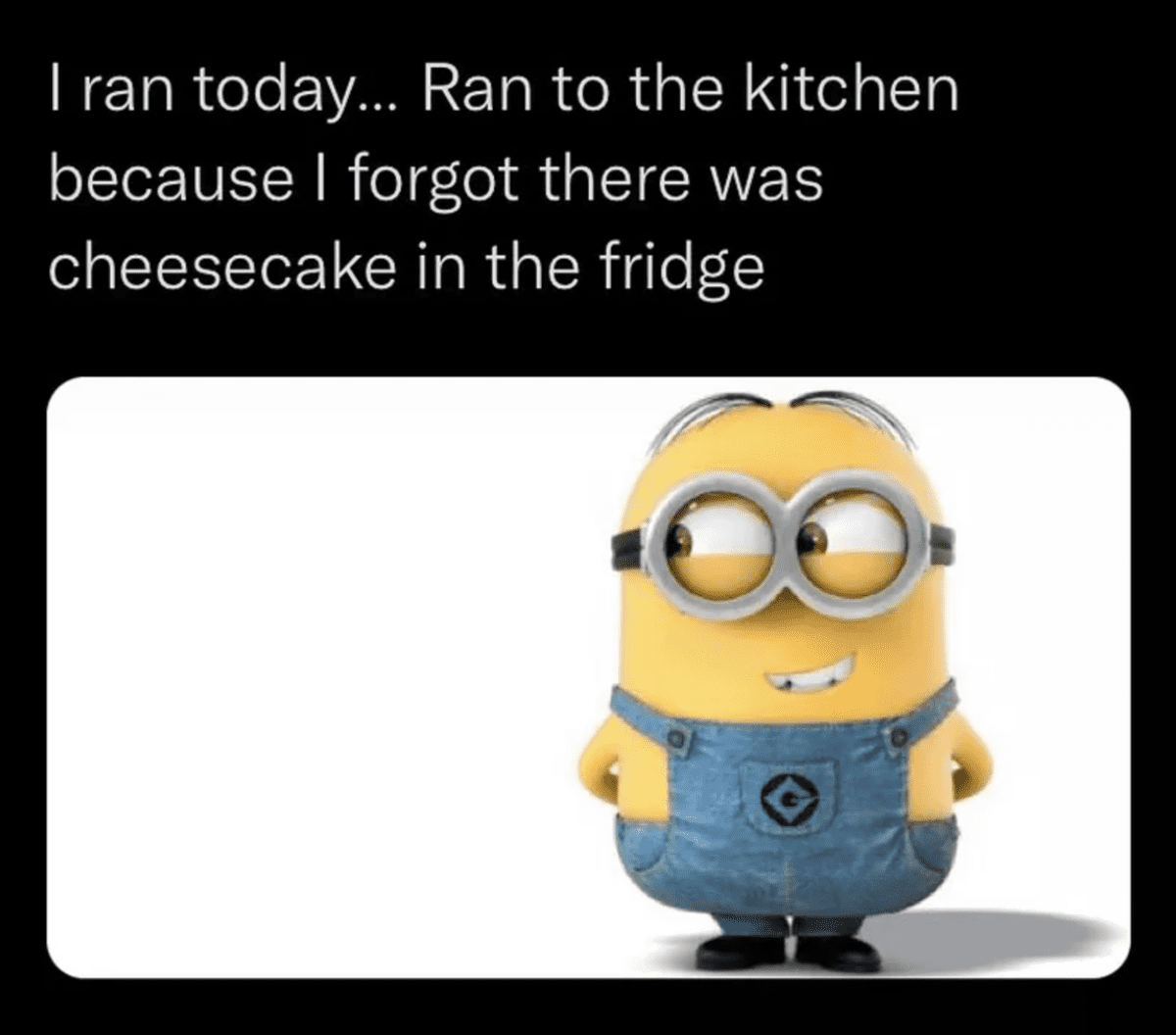 This funny Minion meme is all about food while taking a crack at exercise. The only exercise this Minion is doing is running to the kitchen for cheesecake. We can’t blame the Minion though. We would do the same. 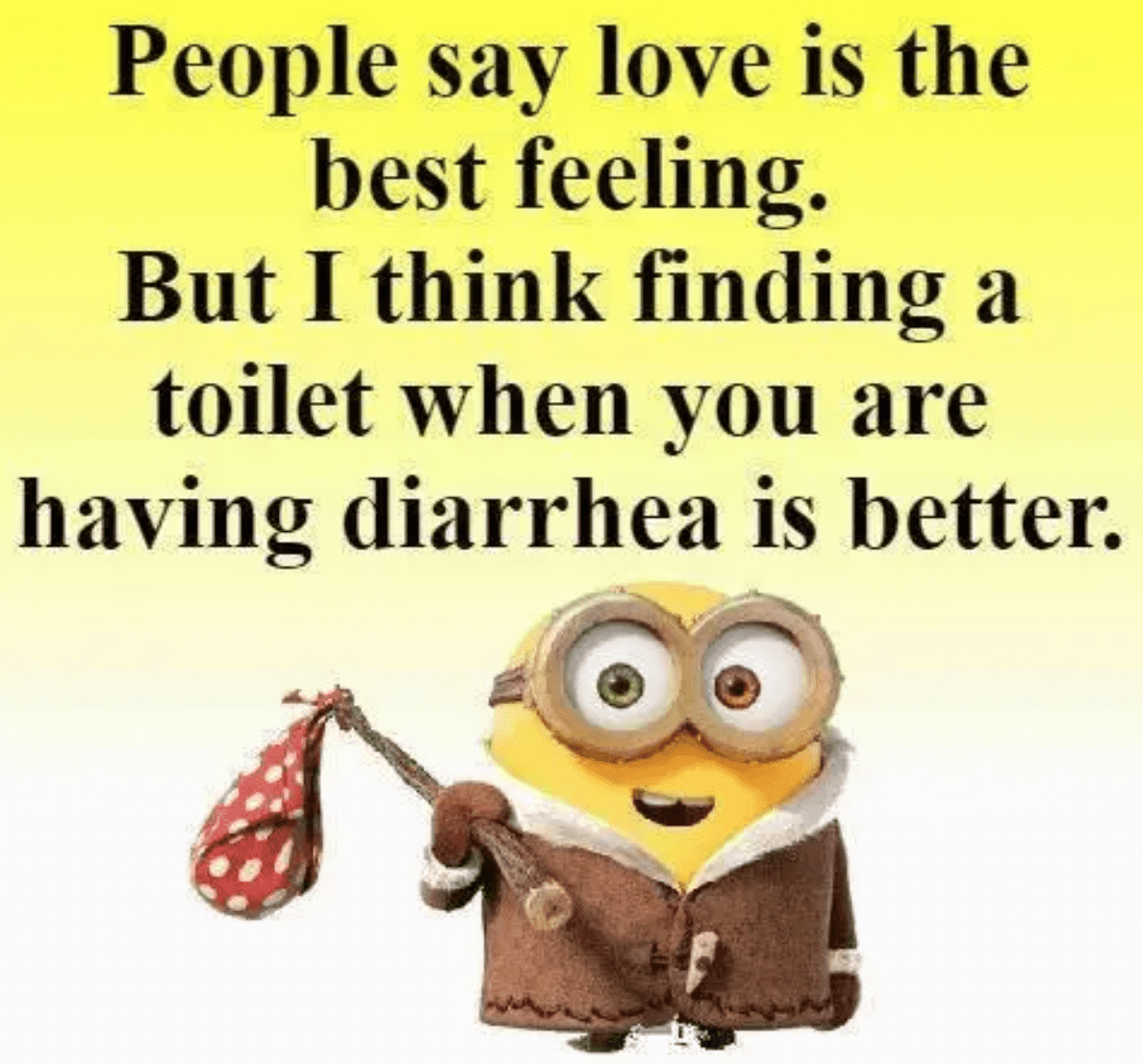 This one might be a bit adults only but there is no doubt when it comes to needing a toilet when you aren’t feeling well it can be a better feeling than love. The addition of the funny Minion just adds to the laughs you get when looking at this meme. 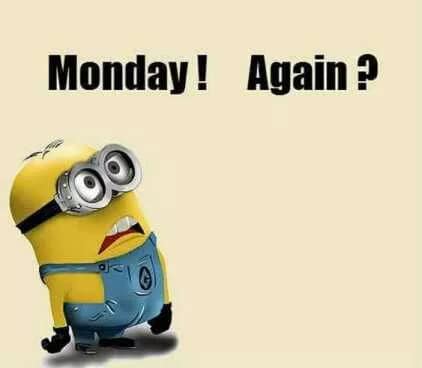 This Minion meme hits home for everyone. Whenever Monday comes around it is both a feeling of disbelief and dread. Has the weekend really come and gone already? 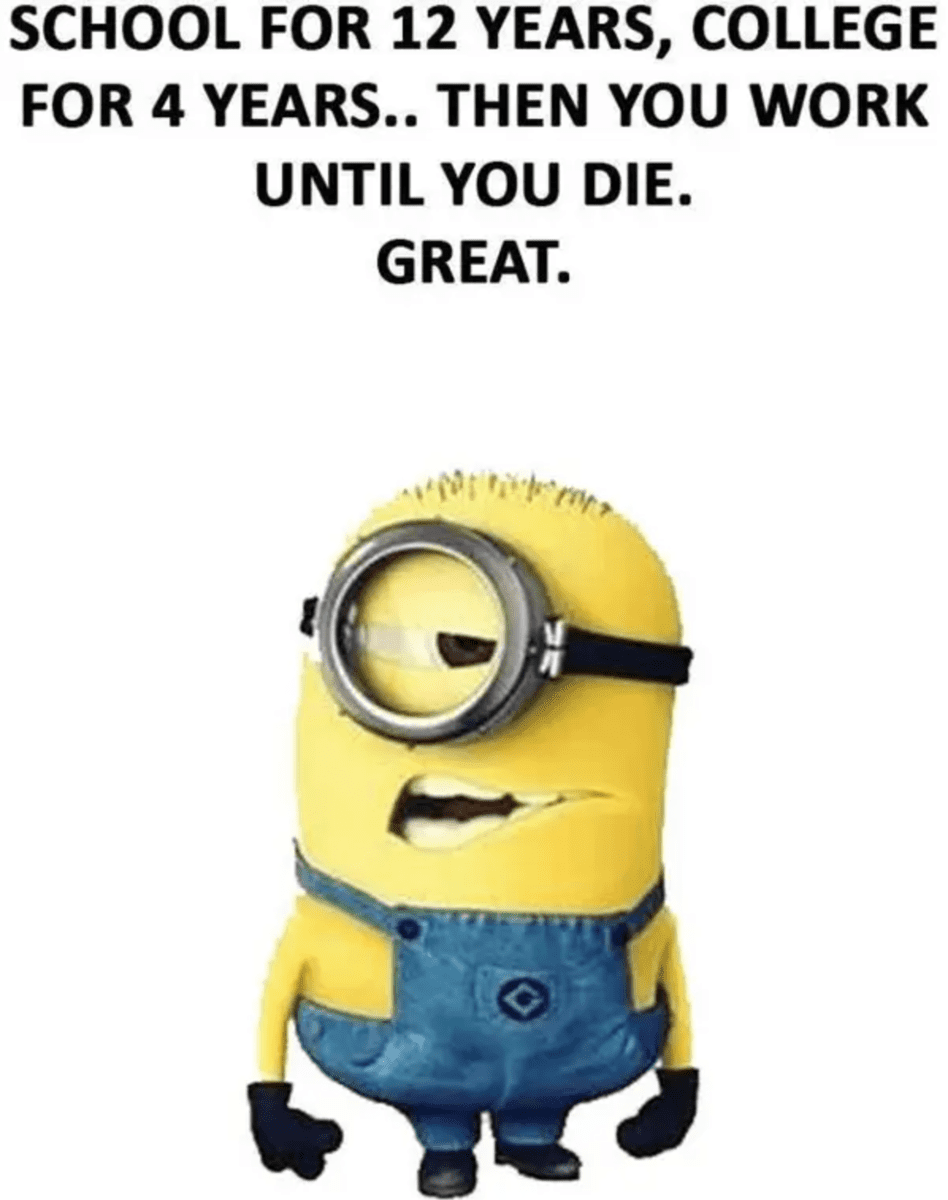 This Minion meme is exactly how many of us feel about life. You’re born, you go to school, you work, and then you die. The image of the Minion pretty much sums up what most people think about this. 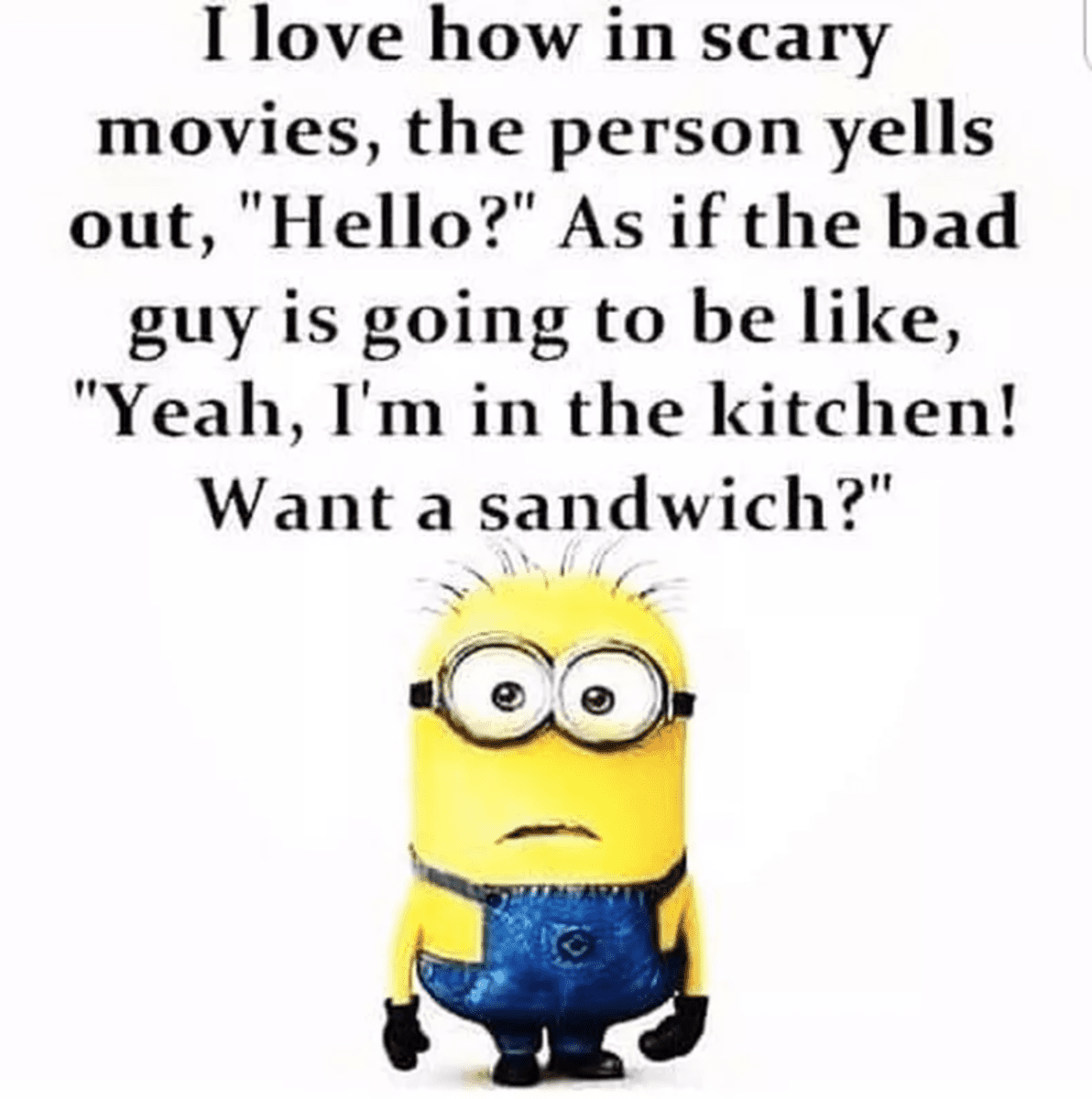 This meme is spot on. Why is it in horror movies people always call out expecting an answer? Just stay quiet and get the hell out of there! Minion memes don’t get much funnier. 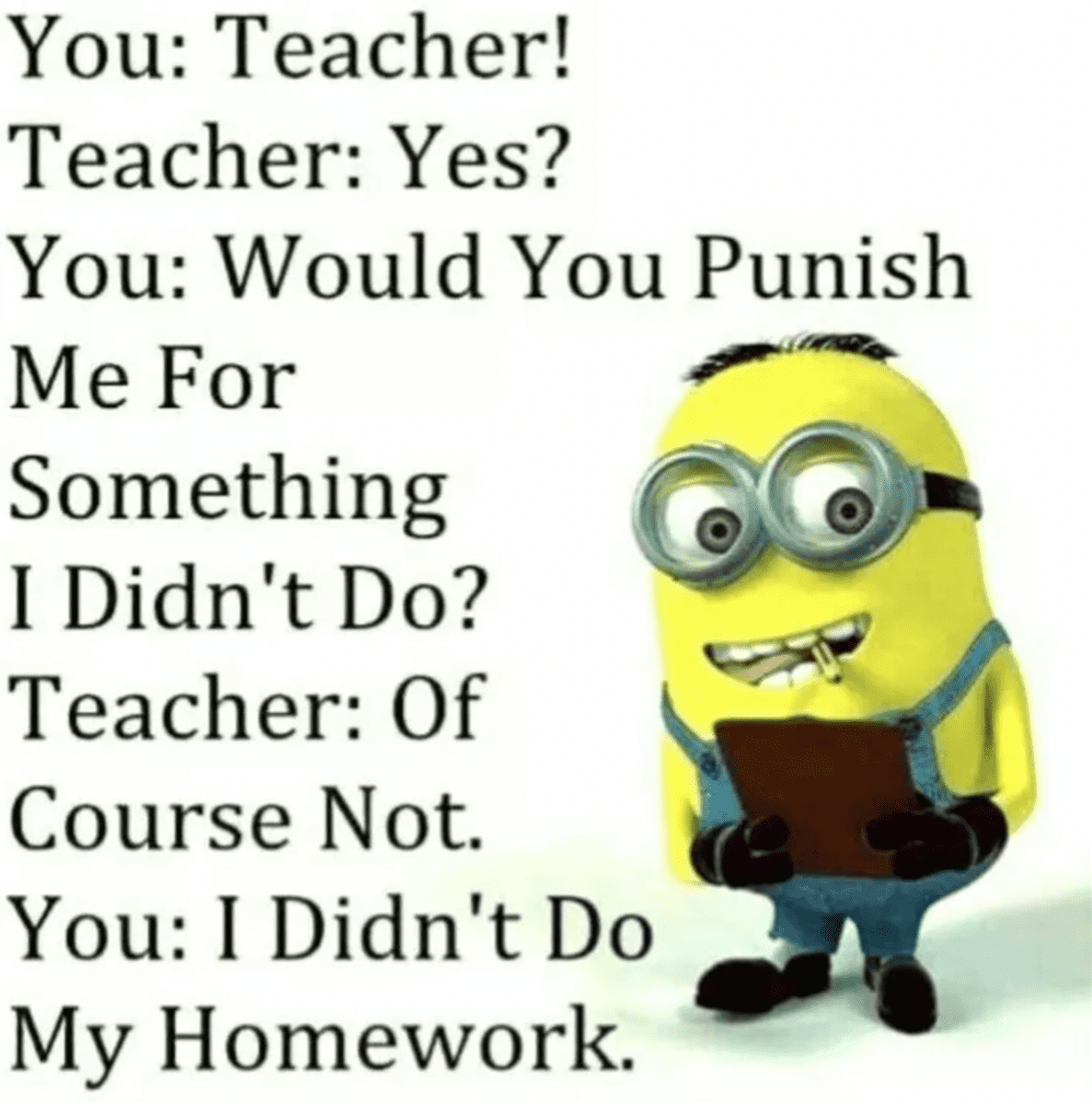 Here is a clever meme many kids will want to try out at school. While it probably won’t go down well with the teacher, it is sure to get some laughs from the other children in the class. Just make sure your moms don’t find out if you try this one in real life. 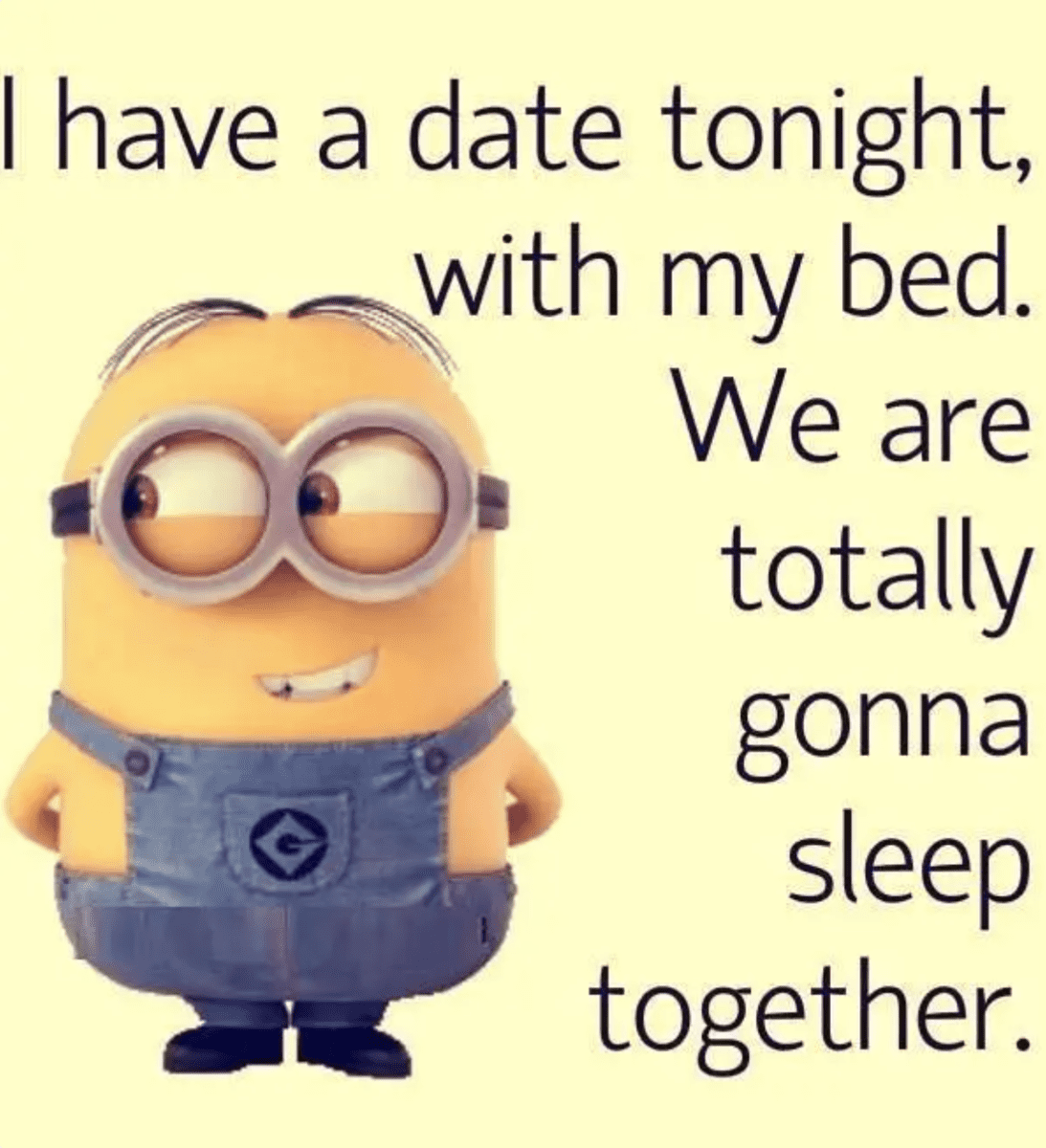 This is the best form of date night. You, your bed, and some happy dreams. What more could you want? The image of the Minion also makes this meme slightly raunchy. 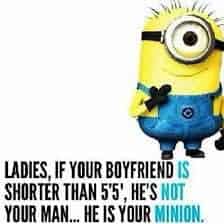 Here’s a short joke that is pretty funny, to be honest. In Despicable Me, the Minions are quite tiny, so if you are on the shorter side, you are pretty much your partner’s own personal Minion. Sorry guys. 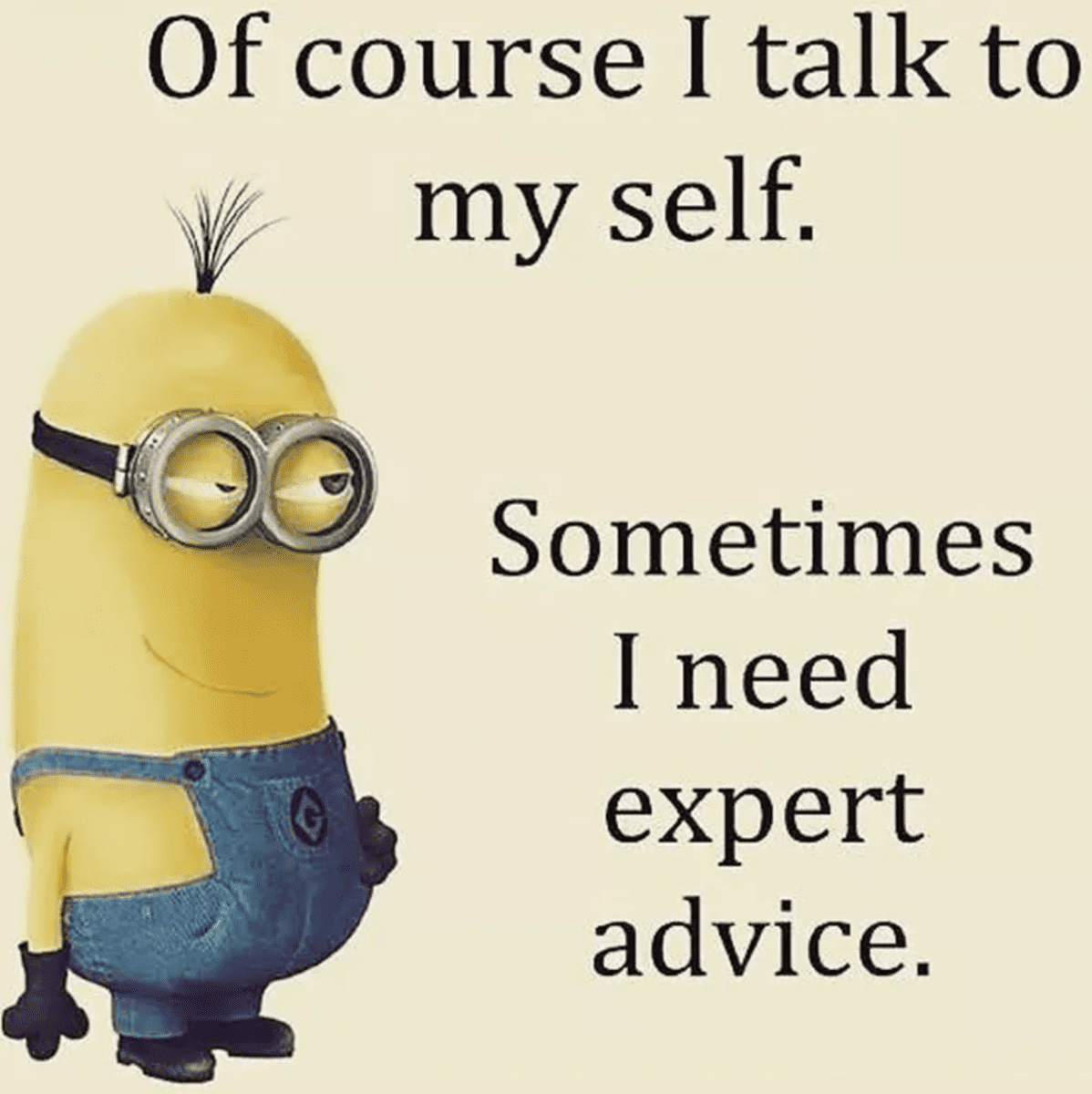 When it comes to needing an expert opinion on things, nobody is better equipped than yourself. Love this meme. 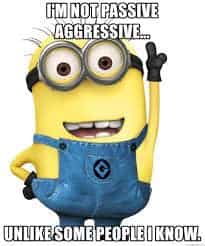 We all know someone like this. While passive aggressive behavior is no laughing matter, when you have a quirky Minion as part of the joke it’s hard not to find this meme funny. 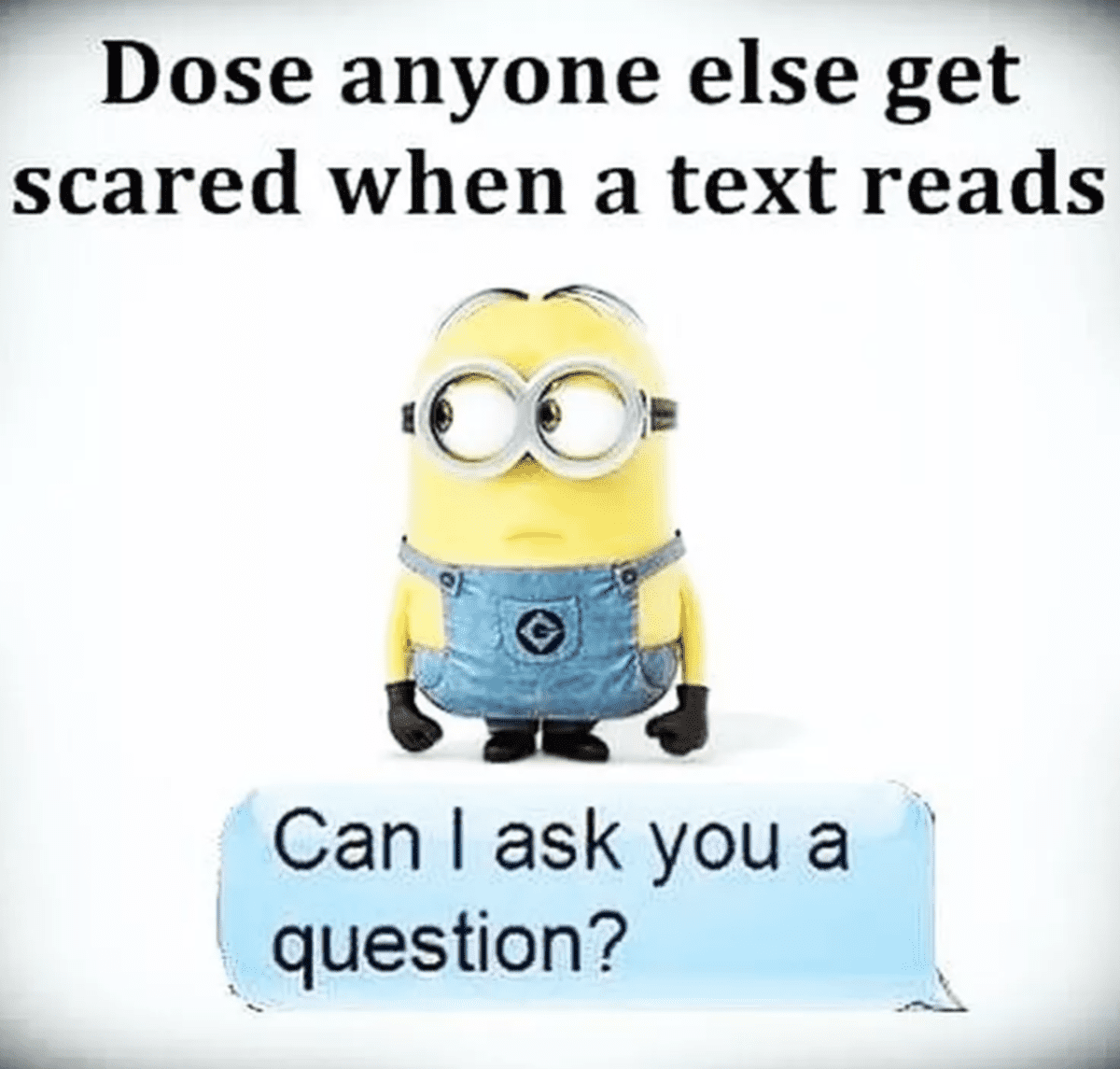 This is not the type of text you want to get from your partner. It can only spell trouble.