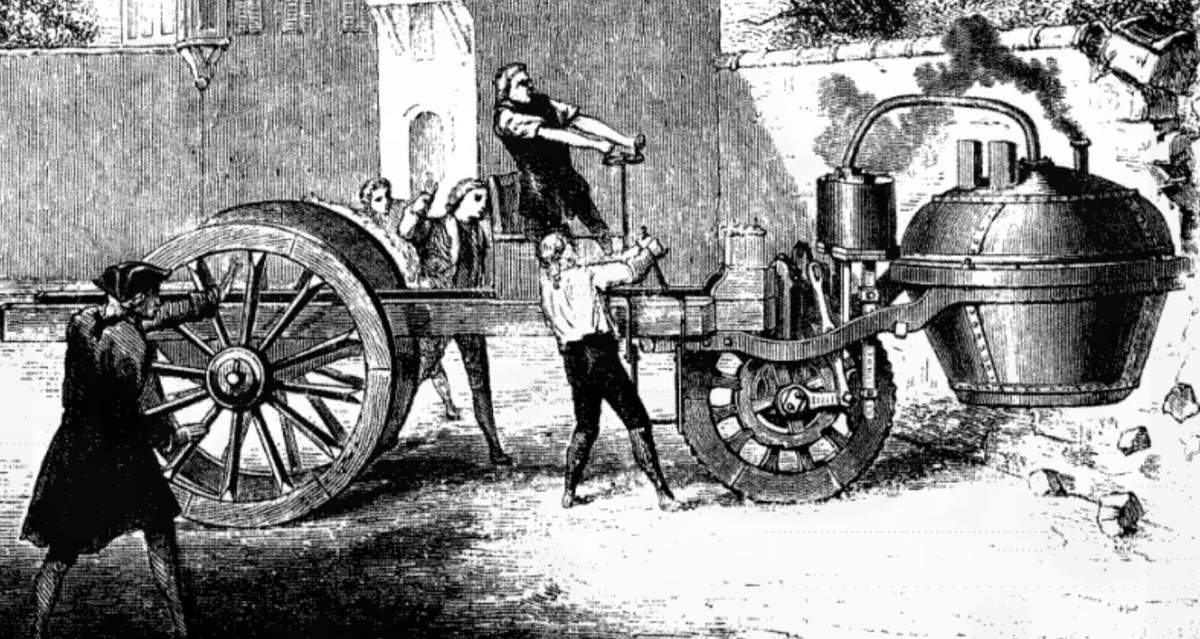 Despite humanity’s many failings over the years, we have made some incredible advancements in technology. While the past 100 years have seen great progress in all areas of our lives and gifted us some incredible inventions (the television, the radio, computers, the freaking internet!), it was during the 19th century when things really went up a notch. While nobody was sending men into space or building electric cars, it was during this time that scientific exploration excelled like never before. 19th century inventions are some of the most forward-thinking creations that helped push science to new levels.

It was during this time that the great civilizations around the world began to invent and create devices that helped with everyday life. Some of the greatest minds emerged during the 19th century, with the likes of Alexander Graham Bell, James Watt, Henry Ford, and Nikola Tesla all making an impact. To highlight this incredible era of discovery, here is a look at some of the greatest nineteenth century inventions. 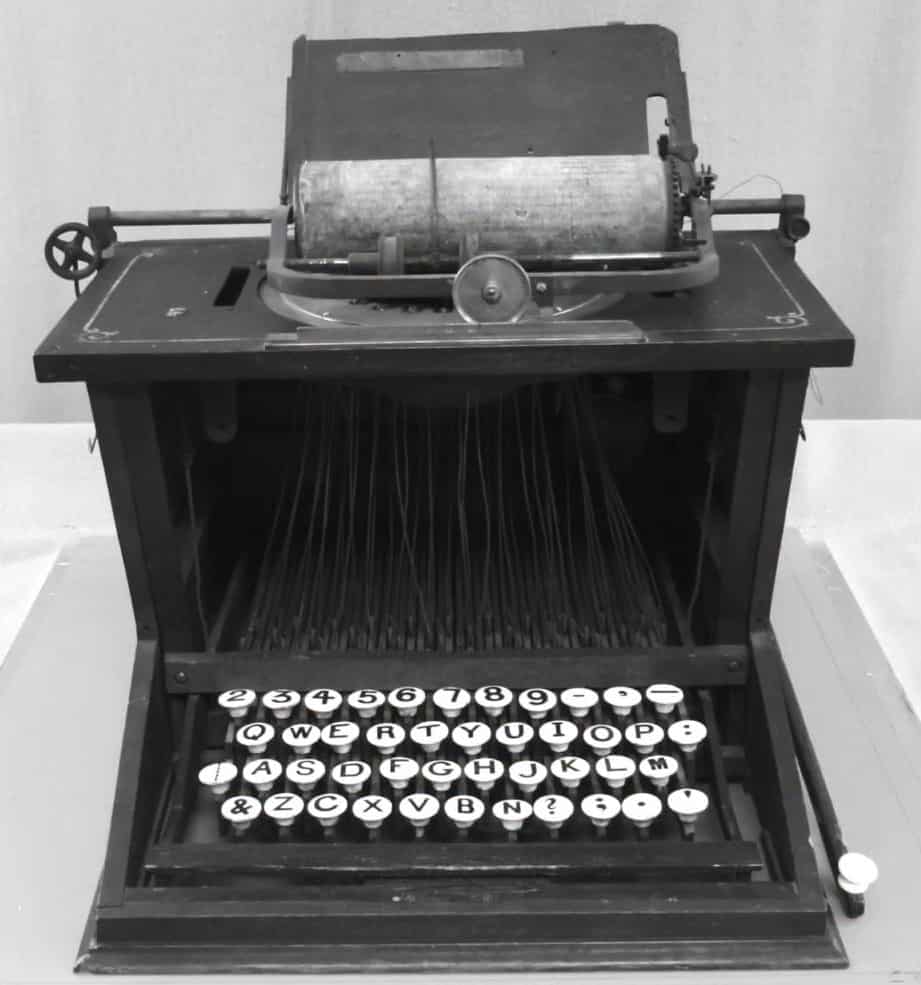 The idea for the typewriter had been around for centuries before it was finally made a reality in the 1800s. Italian printmaker Francesco Rampazetto is credited with building a machine that would press letters into paper in 1575. Henry Mill then gained a patent in 1714 for a machine resembling a typewriter. It wasn’t until 1867, after many attempts by other investors, that Christopher Sholes finally managed to build a working typewriter, with help from a few friends. The patent was licensed to Remington who went on to release the first commercial typewriter in 1874. It had a QWERTY keyboard layout, which is what we still use today, and was quickly copied by other manufacturers.

Fun fact: the first electric typewriter was actually created by Thomas A. Edison in 1872, two years before Remington released its commercial typewriter. 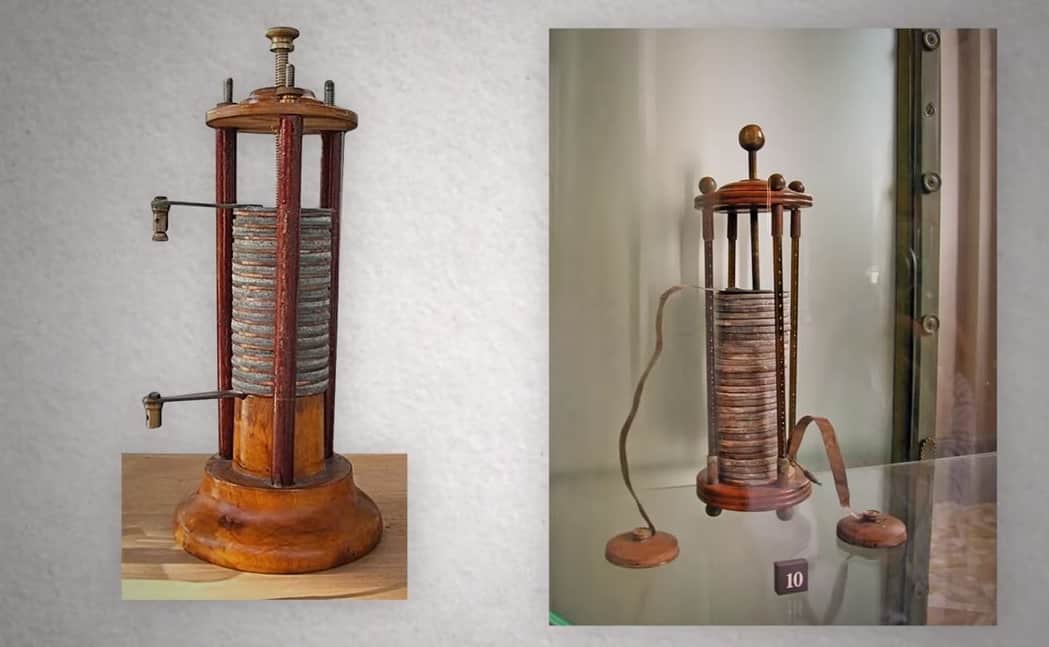 Where would we be without batteries? Even today where most things can be charged via USB or plugging cords into power points, batteries are still in high demand. The first known battery was constructed by Italian Alessandro Volta. A trained physicist and chemist, he worked on the electric battery for several years before finally making a breakthrough. His battery consisted of zinc and copper rings separated by a rag covered in abrine solution. Wires connecting the two transferred an electrical current. It sounds primitive, but Volta’s discovery was major and he soon became a pioneer of battery power, leading to many more discoveries. 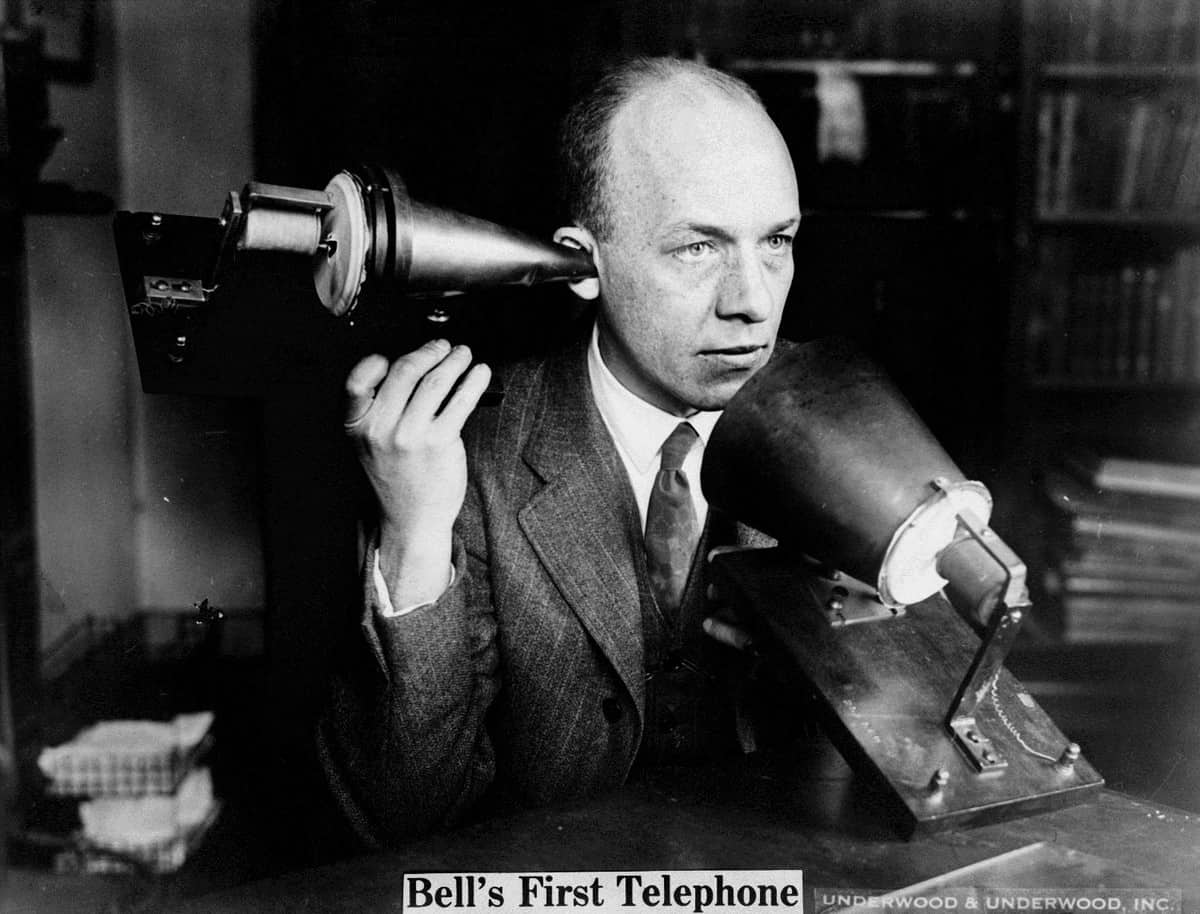 While many people were working on creating the telephone during the 1800s, Alexander Graham Bell is usually credited with being the first to design the telephone as he received the first patent to build one. But he was not alone. Antonio Meucci developed a telephone-like device in 1854, while Elisha Gray constructed a telephone using a water microphone the same year Bell got his patent. Two years later and Bell was in the UK showing Queen Victoria how the telephone worked. It didn’t take long for this invention to revolutionize the way we communicate. It is crazy to think how far we have come since then, with most phones now able to fit in your pocket and do just about anything. 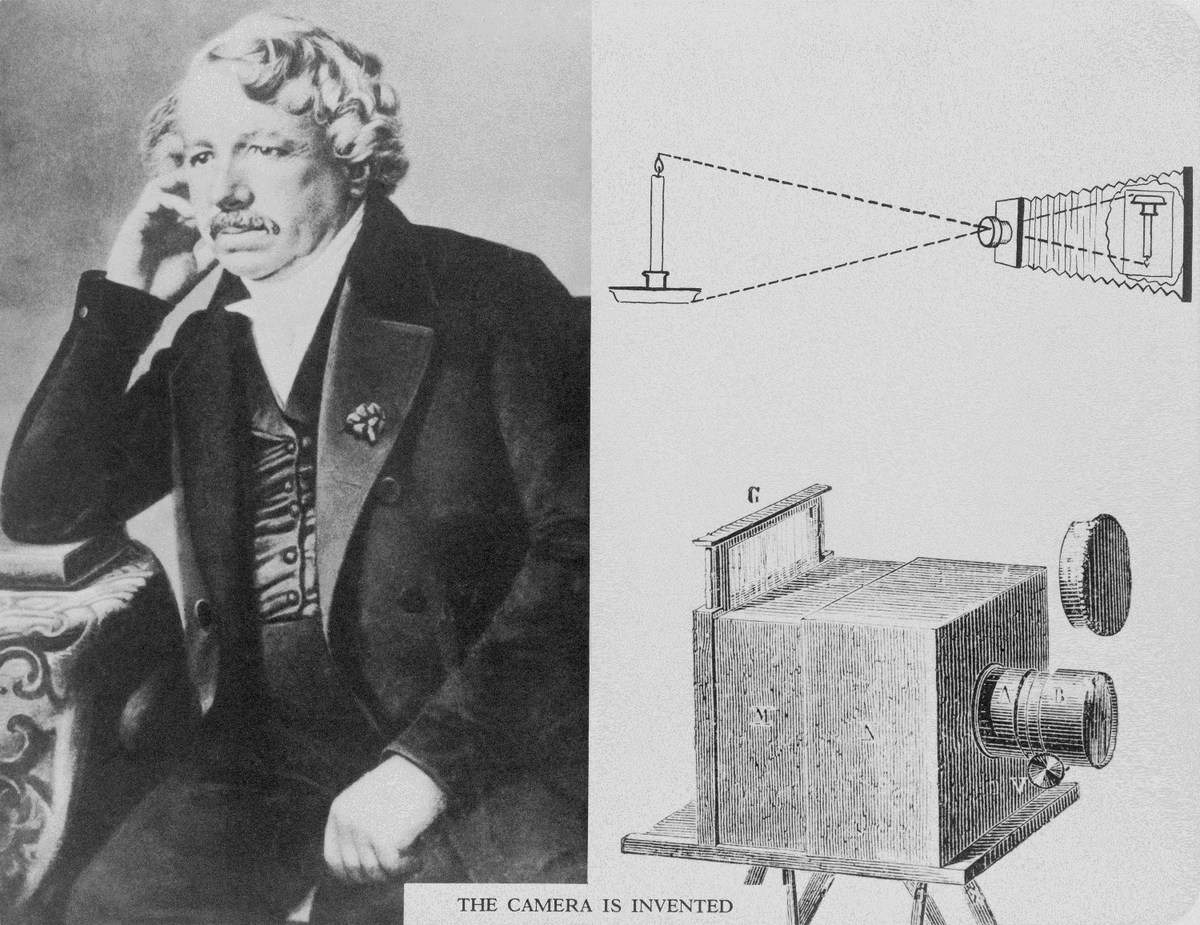 Before you could capture everyday life on your phone with the click of a button, cameras were a much more complicated device. The first camera to photograph an actual image was the invention of Joseph Nicéphore Niépce. This was the sliding box camera, although the image wasn’t permanent. It was until a few years later that Louis Daguerre, Niépce’s business partner at the time of his death, continued the work and came up with the first camera to produce a practical photograph in 1929. He sold his discoveries to the French government who continued to work on his ideas.

Alexander Walcott’s mirror camera in 1940 and was the first camera that produced photos that did not fade quickly. The next big breakthrough came when United States inventor George Eastman patented the Kodak roll-film camera in 1888. Kodak would go on to be one of the leading camera companies in the world and made Eastman a fortune. 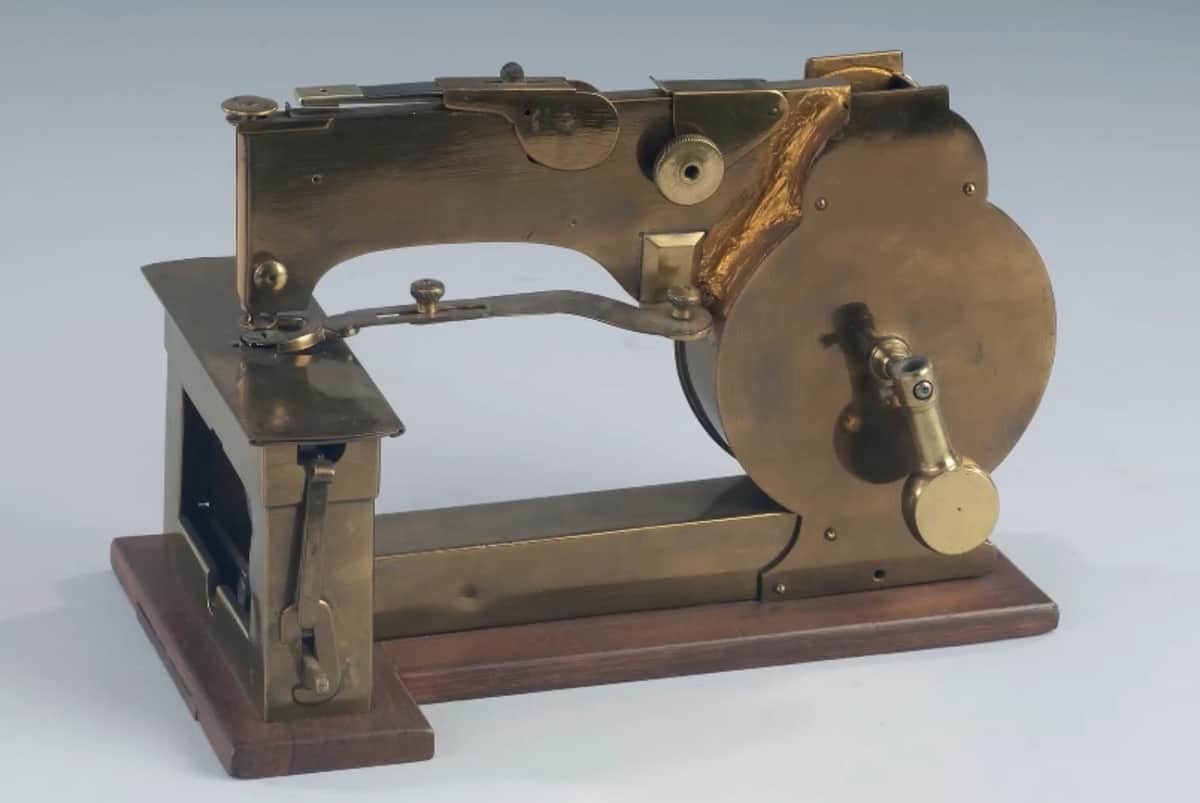 It would have been terrible trying to fix your clothes back in the 19th century. Using a needle and thread to repair torn or damaged clothes seems like an activity that would not only take forever but be utterly mind-numbing. Thankfully someone felt the same and designed the sewing machine.

Elias Howe is the man many can thank for this time-saving invention. He was the first to get a patent for this revolutionary machine, although there had been other designs before his. French tailor Barthelemy Thimonnier created the first sewing machine in 1830, although it only used one thread. Walter Hunt also design a version of the sewing machine in 1934 that was similar to Howe’s, but he declined to pursue a patent as his machine could only sew straight seams. 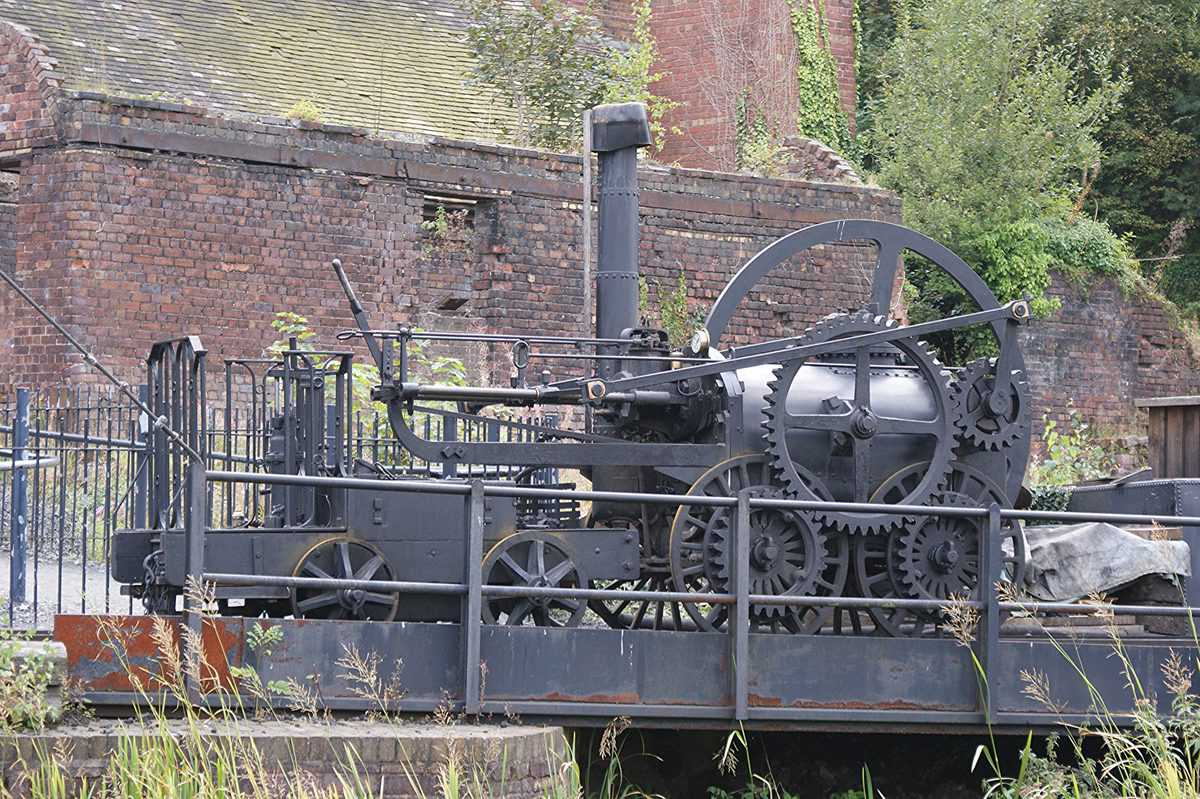 The steam locomotive changed the game when it came to connecting to cities and people. Richard Trevithick built the first steam locomotive, known as the Coalbrookdale Locomotive, way back in 1802, although no records exist of its travels. In 1804 the first actual written recording of Trevithick’s steam engine vehicle was observed. It wasn’t until 1840 that the United States got its own locally designed steam engine locomotive. That was the Baltimore and Ohio Railroad designed Tom Thumb. It didn’t take long for steam engine power to take over, with railways built all across America. This, coupled with the invention of the automobile, soon brought about the end of the Wild West as America moved into a new century.

Before matches, people were still trying to start fires by rubbing two sticks together or using flint. John Walker changed all that in the 19th century. The English chemist and inventor accidentally discovered he could create fire when scraping up some chemicals that had mixed together into a paste. Putting this paste on the ends of cardboard sticks, he began selling them locally. Unfortunately for him, he decided against patenting the invention, and several other men took the idea and ran with it. Today, matches are still used by people all over the world, especially campers and people who love the outdoors. 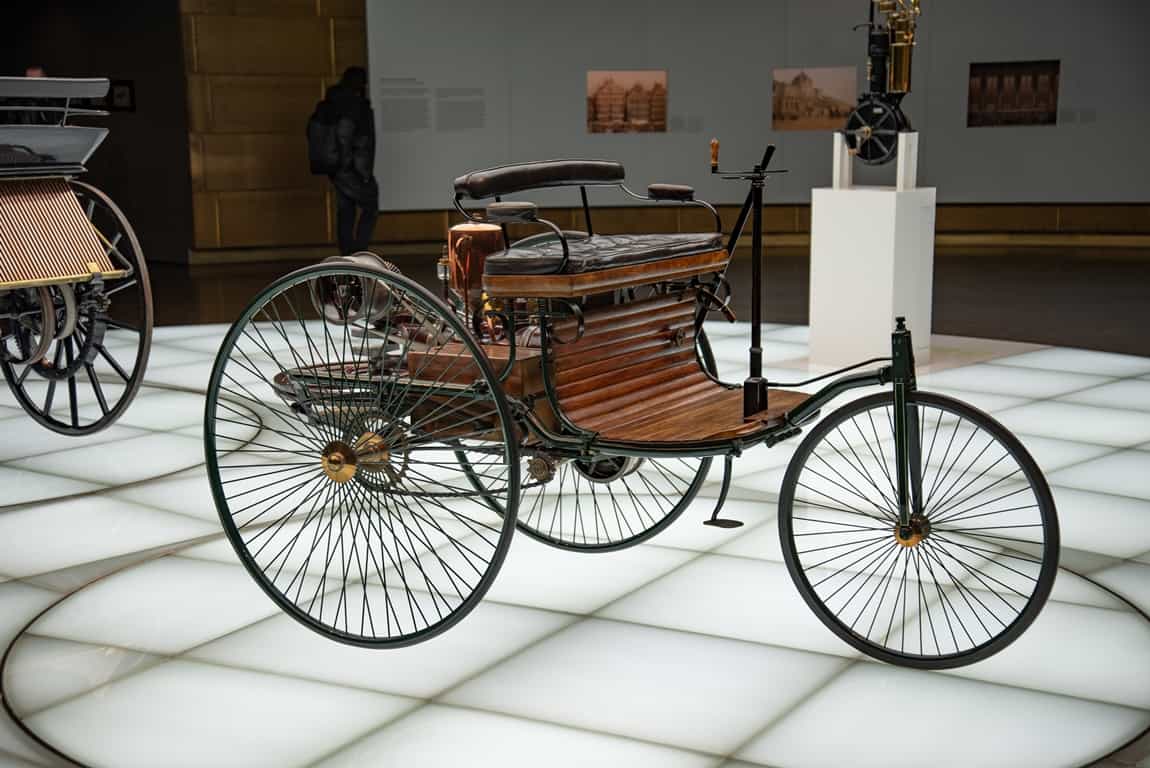 Before Henry Ford took the world by storm and created American history, there were a couple of other inventors who helped in the creation of the automobile. Frenchman and inventor Nicolas-Joseph Cugnot constructed the first steam-powered car in 1769, but it wasn’t until 1886, almost 100 years later, that Carl or Karl Benz developed a gasoline-powered automobile. His first prototype was a one-cylinder two-stroke unit he drove on New Year’s Eve 1879. It wasn’t until 1886 that he had a fully working model. The Benz was a three-wheeled high-speed vehicle powered by a single-cylinder, four-stroke engine. Ransom E. Olds was then responsible for the first mass-produced car in the US in 1901, known as the Curved Dash Oldsmobile. Then Henry Ford developed the Model T-Ford in 1908 and the rest is history. 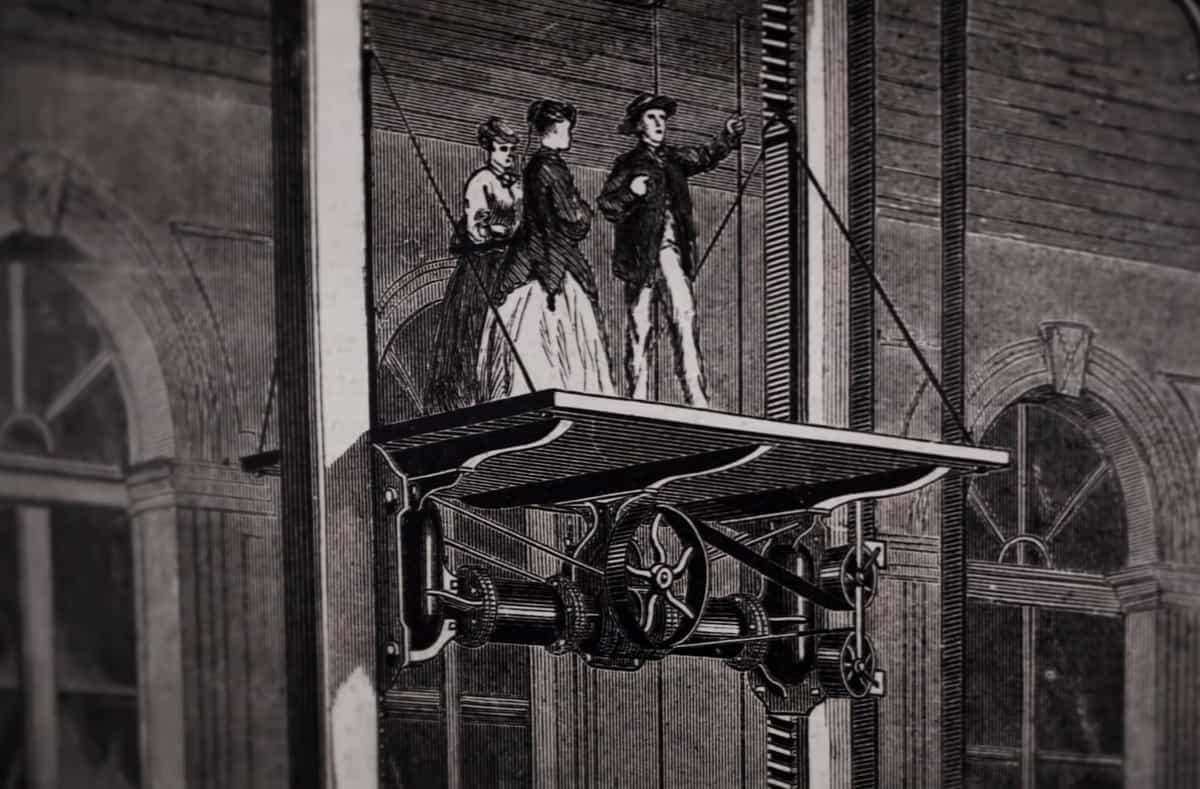 Here is an invention you probably take for granted. Imagine if the elevator was never created during the 19th century? Could you imagine walking up hundreds of flights of stairs to get to your office or home? Elisha Otis developed the first safety elevator in 1852. While there had been other elevators, his was the first that didn’t fall if the cable was cut. His first demonstration of the elevator was in New York in 1854. He quickly established his own elevator company and the first public elevator was erected in a building three years later. After his death, his sons took over the New York company and by 1983 had installed over 2,000 elevators across America. 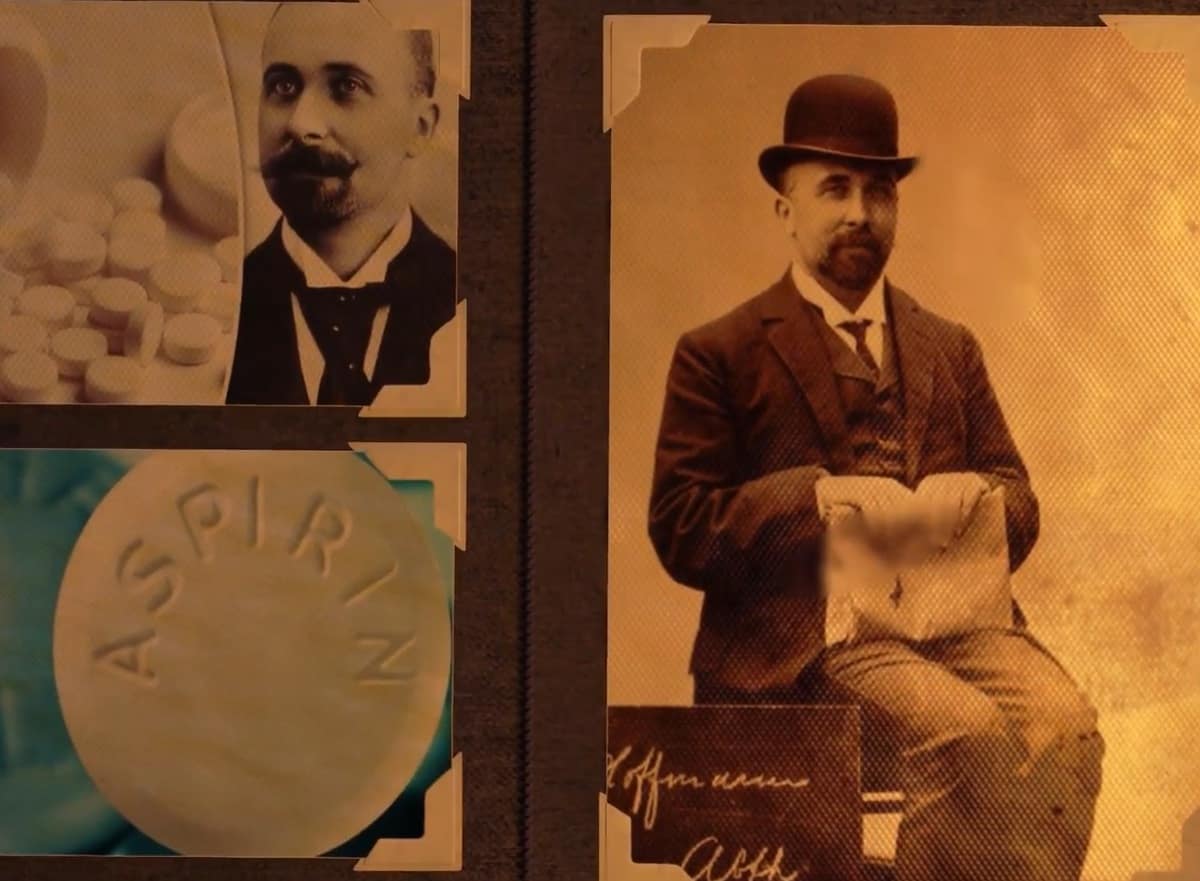 The effects of aspirin have been known for centuries. A property known as salicylates that are found in willow trees was used by early civilizations to help treat minor ailments. During the nineteenth century, several people tried to turn this compound into something humans could take to relieve pain. It was Felix Hoffmann who figured out how to turn salicylates into a mixture that could be bottled and sold to the public. The compound, acetylsalicylic acid, is what is commonly found in aspirin these days, with Hoffmann going on to mass market the product. 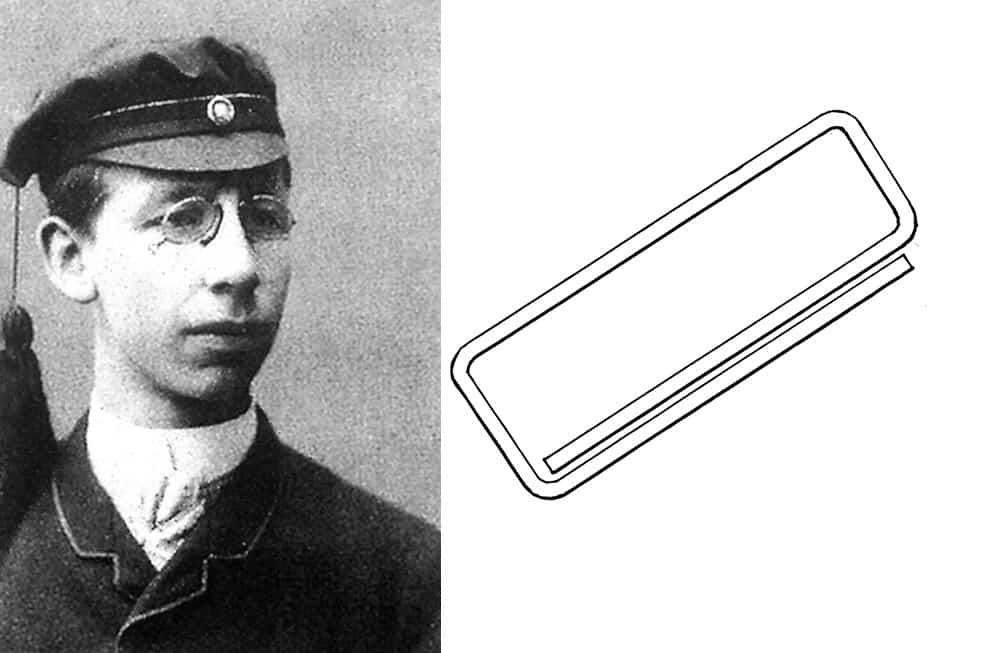 The common paper clip might not be high on many people’s list of great inventions, but it is still one of the most used creations. People in offices around the world use the paper clip every day, making it one of the most important inventions of the 19th century. American Samuel Fay is credited as being the man who came up with the idea of the paper clip. He first patented it in 1867, but it wasn’t until 1899 that the final version that we know use was created.

During his period of experimentation, Faye came up with over 50 different designs. That same year, William Middlebrook also produced a paper clip that resembles the modern version. He also built a machine that could manufacture paper clips. He went on to sell the patent to Cushman and Denison in 1899. They created the ‘GEM’ paper clip that is still used today.

Fun fact: Norwegian Johan Vaaler is often wrongly credited with creating the paper clip in the nineteenth century thanks to a story concocted in his hometown. 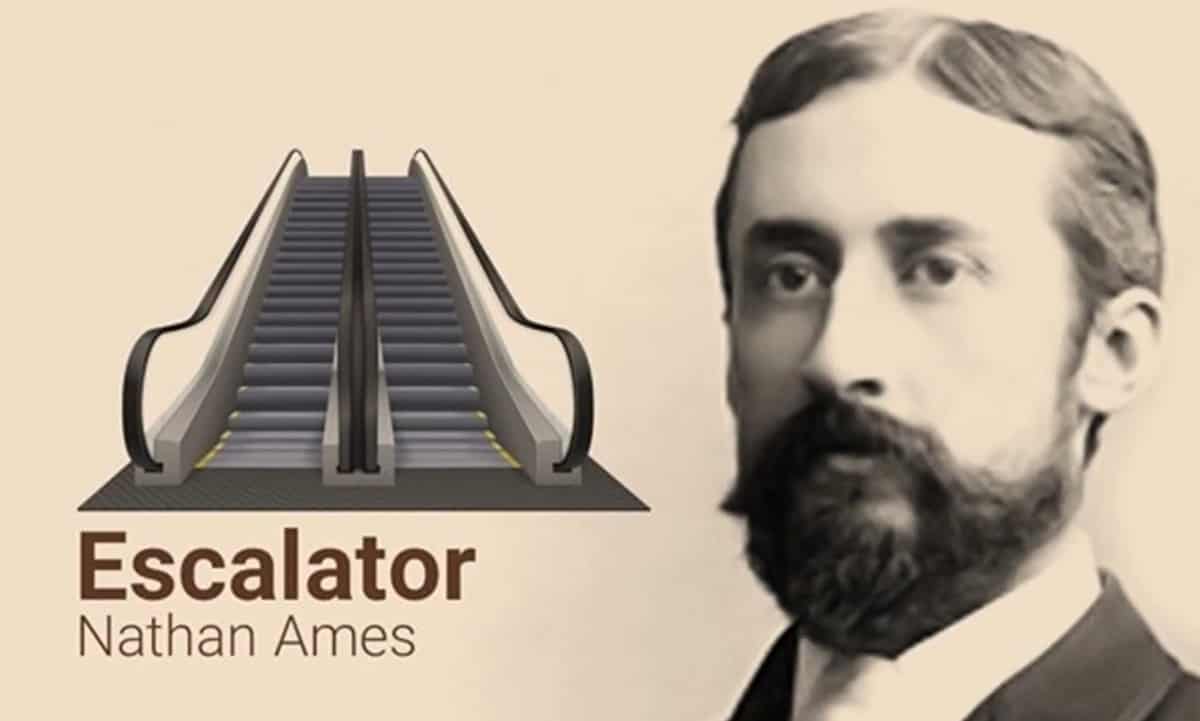 Along with the elevator, the escalator also came to prominence in the 19th century. A patent attorney named Nathan Ames is credited with creating the first escalator way back in 1859. The thing was Ames never actually built a working model. That came about thanks to Jesse W. Reno in 1982. First called the ‘Endless Conveyor or Elevator,’ Reno installed the first working escalator at the Old Iron Pier at Coney Island, New York City in 1896.

During this time Charles Seeberger also had an idea for the escalator, patenting the ‘Escalator’ in the late 19th century on April 18, 1899. He quickly sold the idea to Charles Seeberger who was smart enough to team with the Otis Elevator Company. Together they continued to improve on the design and add additional safety features. The escalator won first prize at the 1900 Paris Exposition Universelle and was soon being built in new buildings, especially throughout the United States.