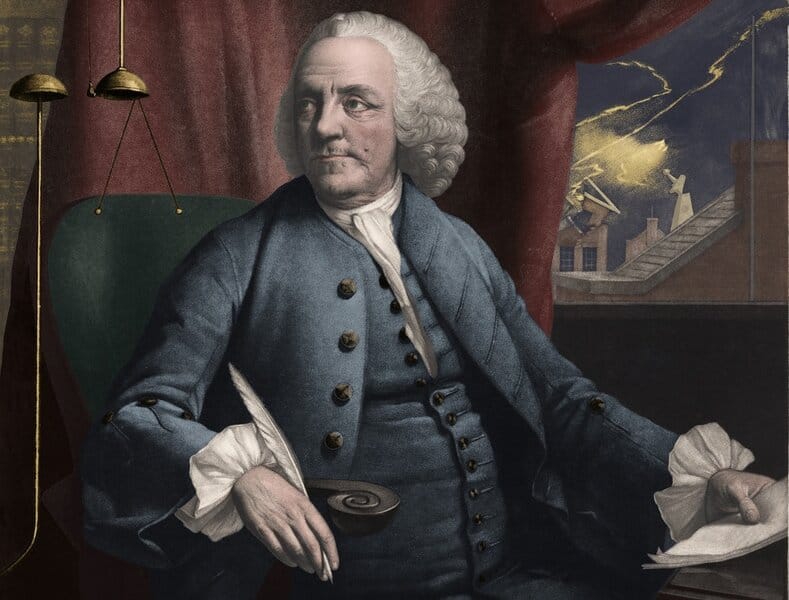 The ancient organization known as Freemasonry is often associated with secret societies, conspiracy theories, and the occult. While these theories and rumors give the society a mysterious edge, it is in fact nothing more than a fraternal organization composed of men hanging out and talking rubbish.

The lodge’s origins come from the Stonemasons guilds of the 13th century and act as a place for men to gather and be themselves. There are many ancient traditions involving meetings, but they generally consist of conducting the business of the chapter, listening to guest speakers, having dinner, and generally enjoying each other’s company. Freemasonry is surrounded by secrecy, which makes it the perfect place for celebrities to hang out, with the world full of many famous Freemasons.

Everyone from politicians and actors to athletes and scientists has been part of the Freemason brotherhood over the years. About one-third of all Presidents of the United States were Freemasons, with the members also having a secret handshake to identify each other.

Read on and discover people you didn’t know were famous Freemasons. 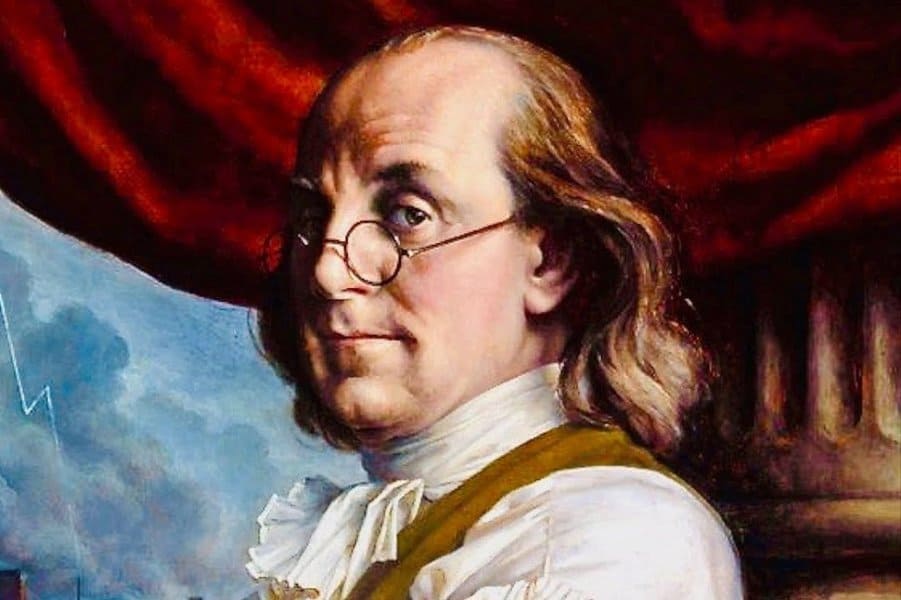 There wasn’t much Benjamin Franklin didn’t do during his time on earth. One of the Founding Fathers of the United States was a writer, scientist, inventor, statesman, and diplomat who had a massive impact on America. The man responsible for the lightning rod and bifocals was also the Grand Master of Pennsylvania, meaning he was somewhat of a big deal in Freemason circles.

Ben Franklin was very active within his lodge and even wrote and published the first official Freemason book, The Constitutions of the Free-Masons. He will go down as one of the greatest and most famous Freemasons of all time. 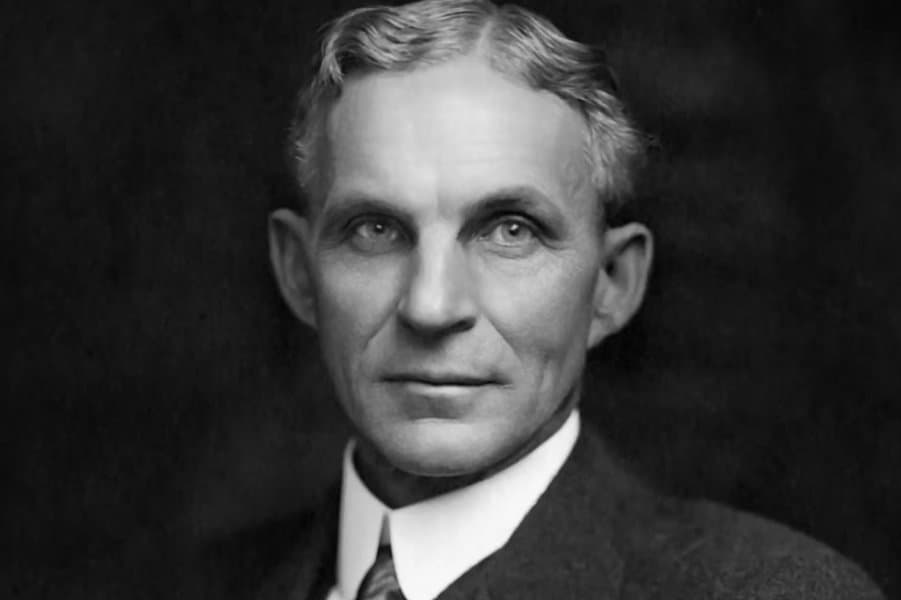 The man behind the Model-T Ford was also a Freemason of the highest order. The inventor and known capitalist was a member of the Palestine Lodge No. 357 in Detroit, Michigan. He served as a Freemason for over 50 years and was honored by his lodge with life membership and a plaque commemorating his 75th birthday.

His brother, William R. Bryant, was the master of the Zion Lodge (Michigan’s oldest Freemason lodge) in 1932 and made Ford an honorary member. Ford is quoted as saying, “Masonry is the best balance wheel the United States has, for Masons know what to teach their children.” 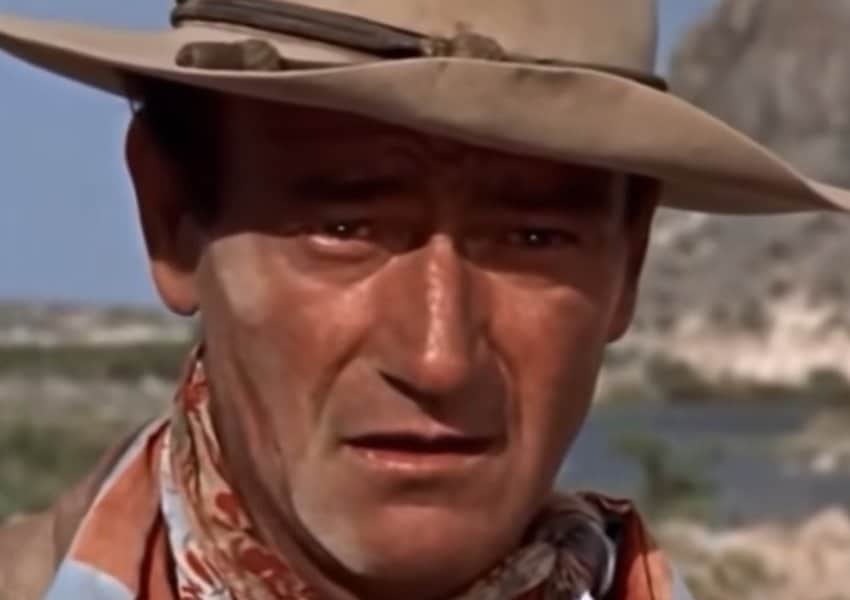 John Wayne dominated the big screen during the 20th century and is considered one of the greatest actors in cinema history. He starred in over 170 movies and was a member of several other fraternities before becoming a Freemason in 1970.

Wayne was part of Marion McDaniel Lodge No. 56 in Tucson, Arizona. A big believer in equality (although some of his comments during his life contradict this), Wayne believed that “within the lodge was the only place he felt that he wasn’t being held up on a pedestal.” 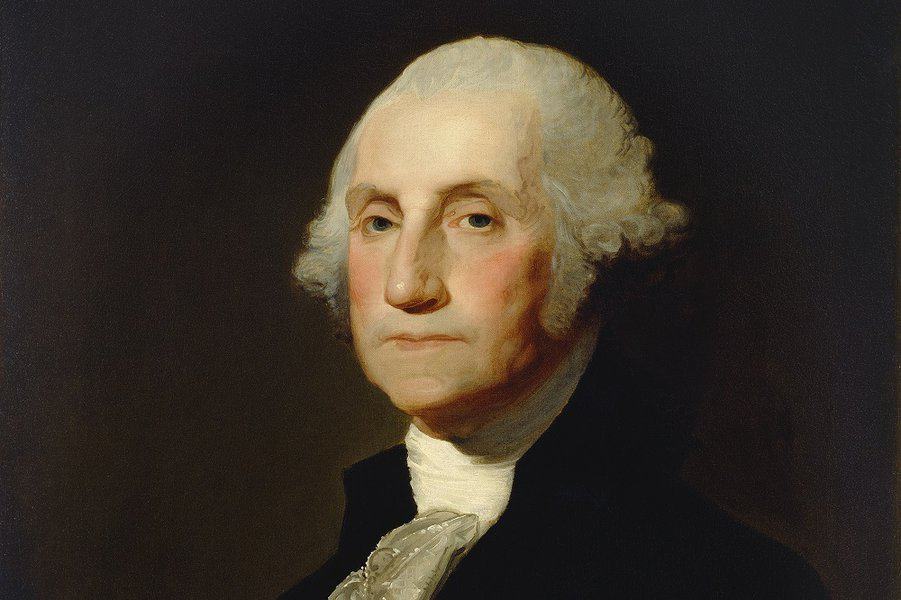 The first President of the United States of America was also a famous Freemason who joined the society in 1752, long before he moved into the Oval Office. In less than a year he was elected to the position of Master Mason and performed Masonic rites at the laying of the US Capitol’s cornerstone on September 18, 1793.

When he passed away in December of 1799, he was afforded a Masonic funeral 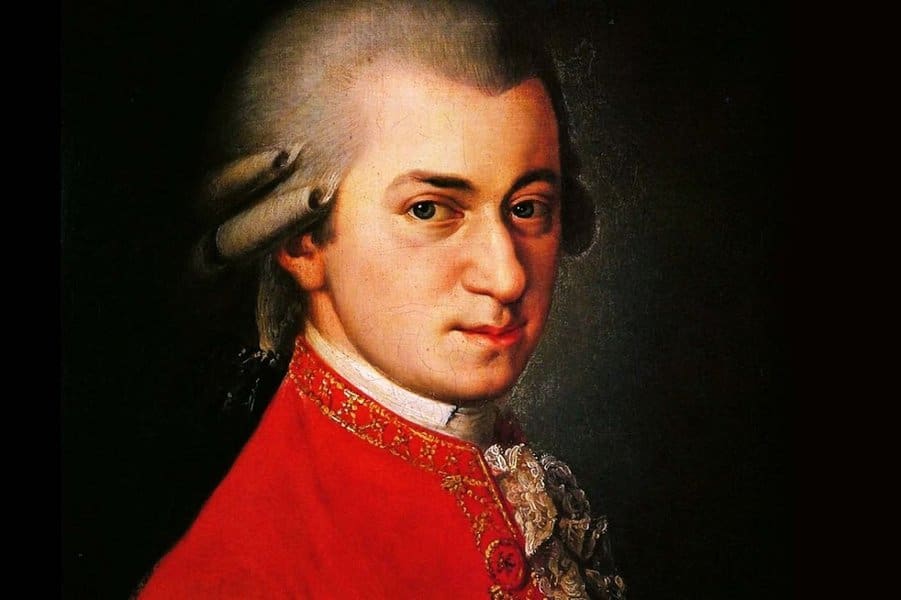 Composer Wolfgang Amadeus Mozart was a Mason for seven years. He was a member of the Zur Wohltätigkeit (Charity) Lodge, in Austria. The organization had a profound impact on his music, with Mozart writing several compositions referencing the Freemasons and their views on world topics. The opera The Magic Flute was also said to be heavily influenced by the Masonic way of life. 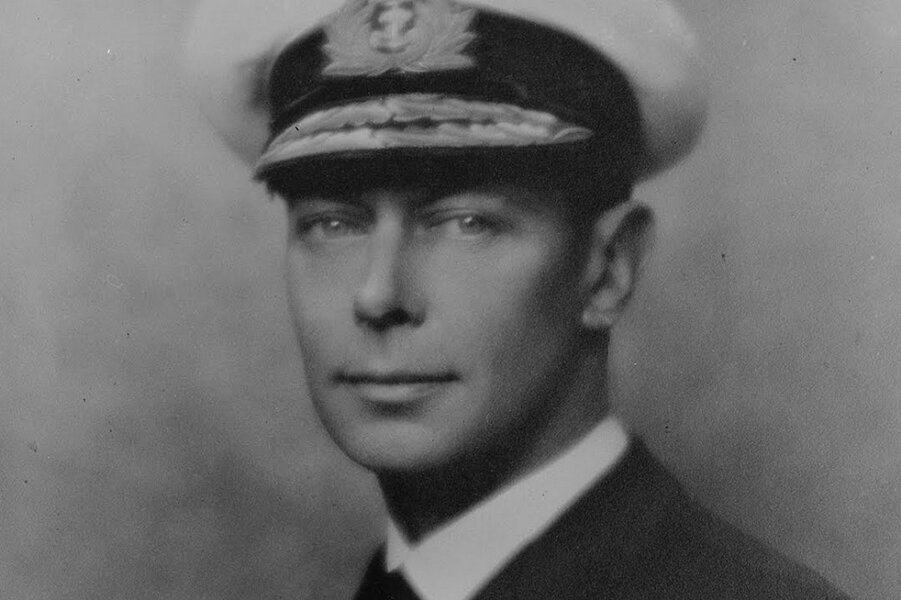 King George VI was initiated by Pro Grand Master Lord Ampthill into the Navy Lodge No 2612, the same lodge his grandfather was a founder of. It didn’t take long before he became the Master of Navy Lodge in 1921. He was set to become the permanent Master of the Lodge until he was called up to take over the royal throne. He would go on to join five other Masonic lodges during his life and was a big supporter of the Freemason fraternity. 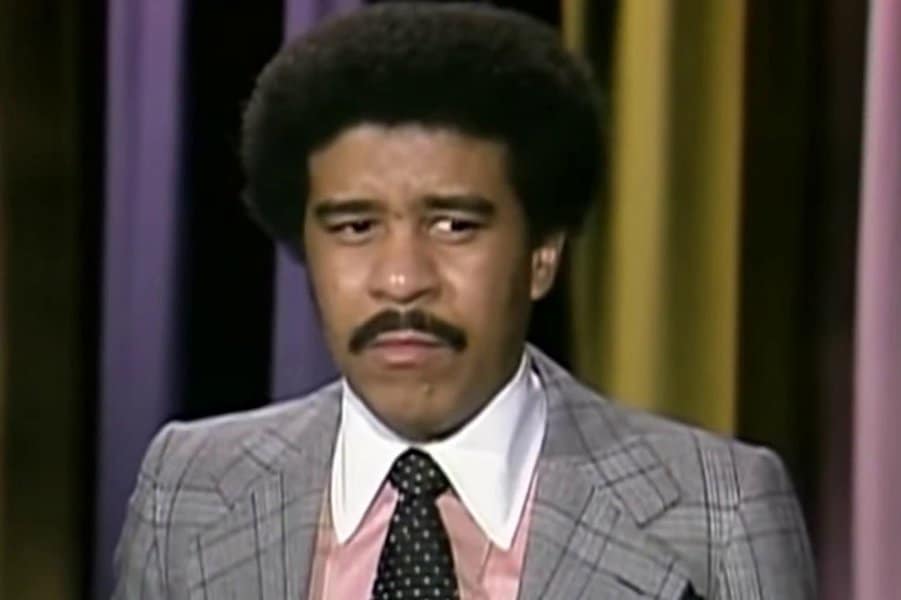 Funnyman Richard Pryor is one famous Freemason you might not have picked. It was while living in Peoria in the early 80s that Pryor would join Henry Brown Lodge No. 22. There isn’t much known about Pryor’s history with the fraternity, although he was believed to be a popular member who attended meetings regularly. 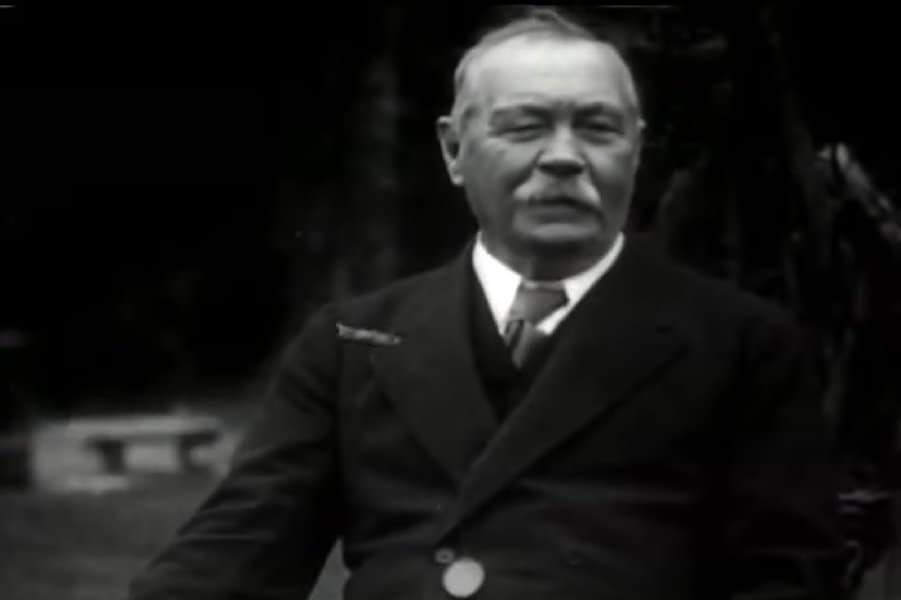 Famous author Sir Arthur Conan Doyle was responsible for crafting the detective Sherlock Holmes. He also wrote many other fiction books across all different genres. Doyle was initiated as a Freemason at the Phoenix Lodge No. 257 in Southsea.

He had a great interest in the paranormal which attracted him to the Masonic fraternity, even though the organization has nothing to do with aliens or ghosts. He would quit and rejoin several times over the years before finally resigning in 1911. 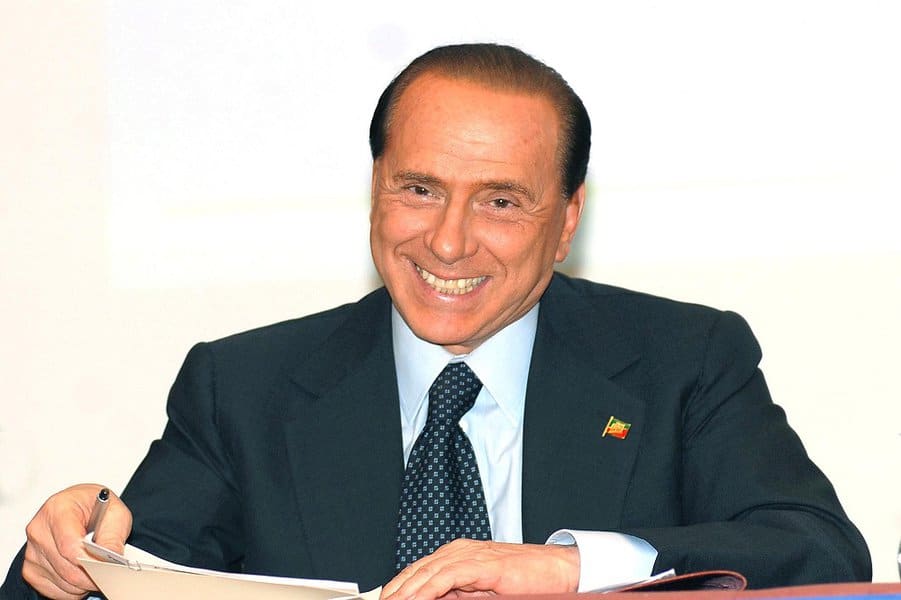 Former Italian Prime Minsiter Silvio Berlusconi is a known Freemason. He was part of the masonic lodge called Propaganda Due, which wanted to bring back a far-right government.

As is often the case when it comes to Italian politics and high-profile organizations, Propaganda Due was implicated in several crimes and dodgy deals and was forced to fold in 1981, although Berlusconi managed to get away Scot-free. 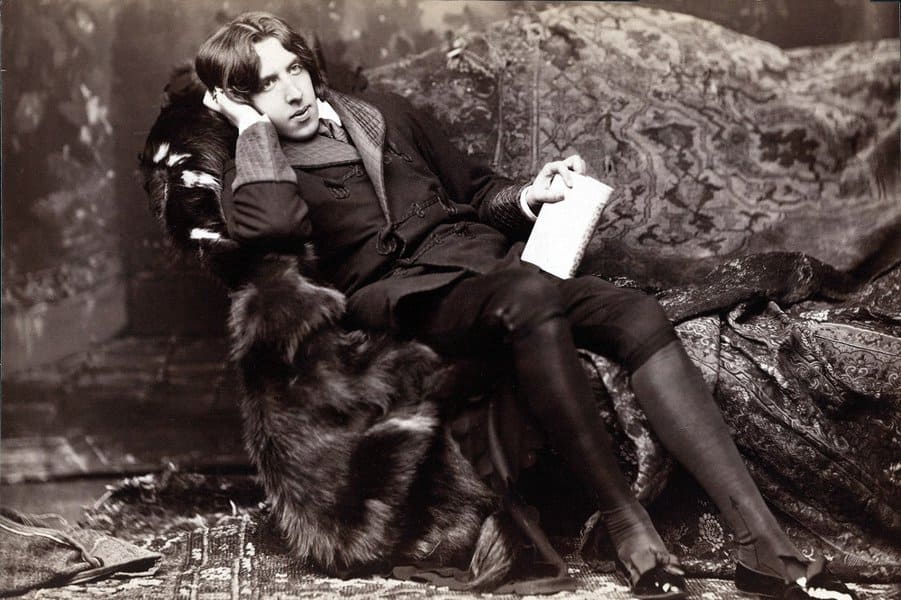 Oscar Wilde was a famous Irish poet and playwriter who wrote the masterpiece The Picture of Dorian Gray. Wilde was also a Freemason, but only for a short period of time during the four years he studied at Magdalen College, Oxford. While there he was given the title of “Sublime Degree of Master Mason.”

While he let his membership lapse after graduation, Wilde still had a keen interest in the fraternity. He would go on to have a tremendous career that ended when he was outed as being homosexual and sentenced to prison, where he died from meningitis at age 46. 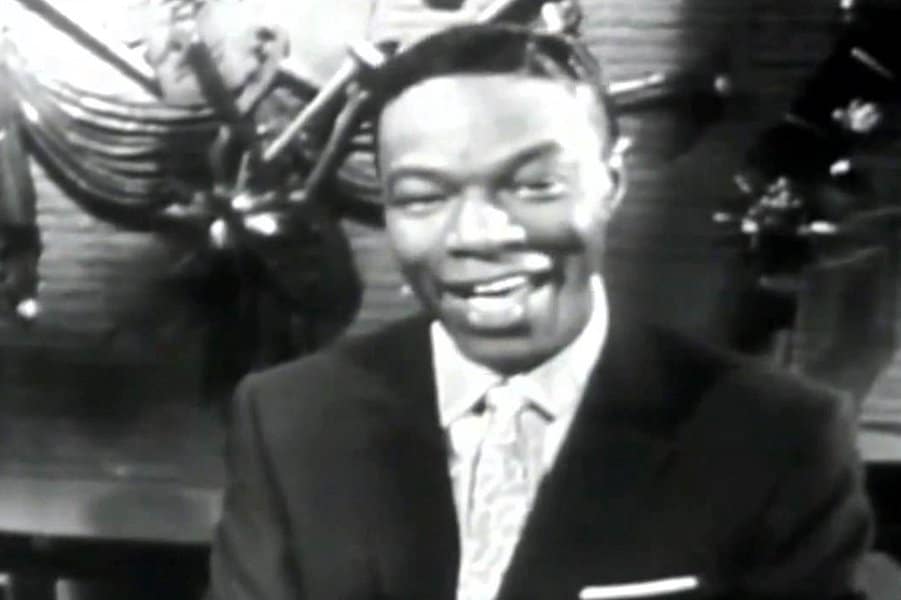 One of the originators of swing music and a major reason for the commercial success of jazz, Nat King Cole was also a Freemason. He joined the Thomas Waller Lodge No. 49 in Prince Hall Affiliation, California, in 1944. Joining with some of his bandmates, it wasn’t long before Cole was promoted to Master Mason and then given the title of Scottish Rite Freemason.

Cole revolutionized jazz music and was one of the early entertainers to pledge his allegiance to the Masons. 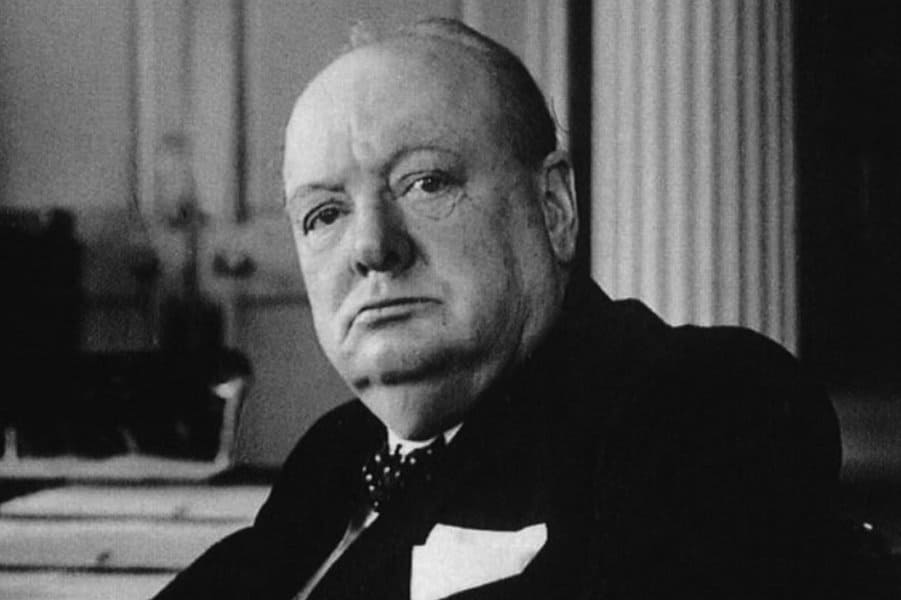 Arguably Britain’s greatest Prime Minister, Sir Winston Churchill was a member of the Studholme Mason Lodge No. 1591 in England. Although a supporter of the fraternity and his brothers, Churchill had little to do with his lodge. He would attend meetings when he could, but not frequently enough to be considered for the position of Grand Master. Churchill eventually resigned from the lodge in 1912 but still stayed in contact with his brothers. 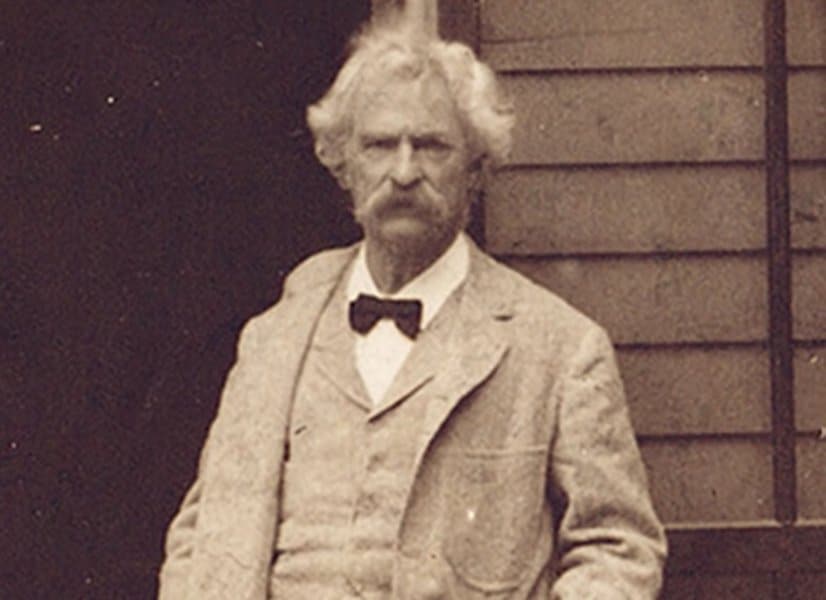 Great American writer Mark Twain was another famous Freemason who spent time with the Polar Star Lodge No. 79, A.F.&A.M. in St. Louis. It didn’t take long for Twain to make an impact, becoming a Master Mason in just a few weeks. Although he was only with the fraternity for several years, Twain was an outstanding member valued by his brothers.

He became less interested in Freemasonry after his engagement to Olivia Langdon. Twain withdrew his membership in 1867 but would still visit the lodge occasionally to catch up with his friends. 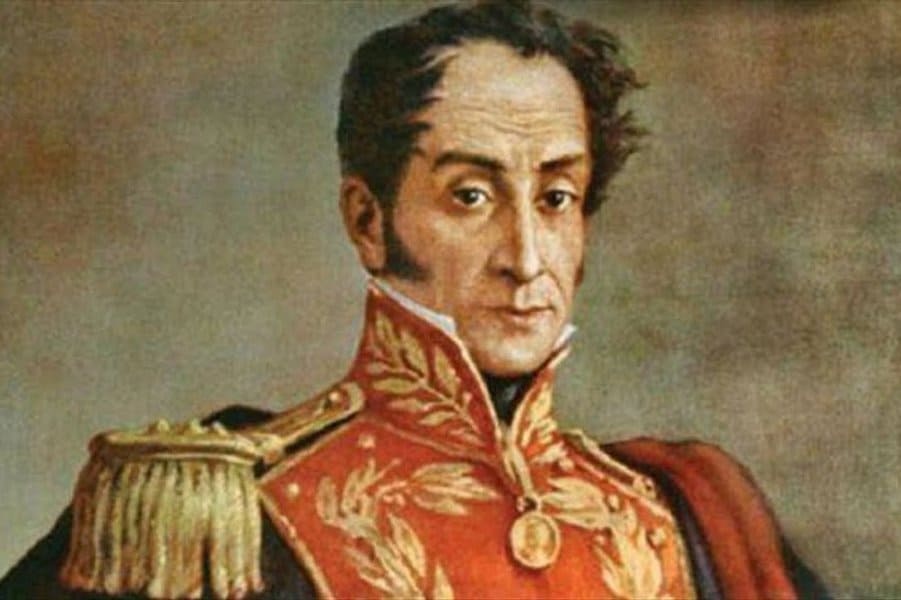 After the Spanish arrived in South America and began to take over, the natives soon had enough. Simón Bolívar, born to wealthy Venezuelan parents, vowed to free the America’s from Spanish rule. He was a main player in the Spanish-American wars of independence and managed to help defeat the Spanish and vanquish them from South America.

Interestingly Bolívar was also a Freemason, something he became interested in while studying in Spain. He was a member of the Masonic Lodge “Lautaro” out of Cadiz, Spain, and gained the title 33rd degree of Inspector General Honorary. 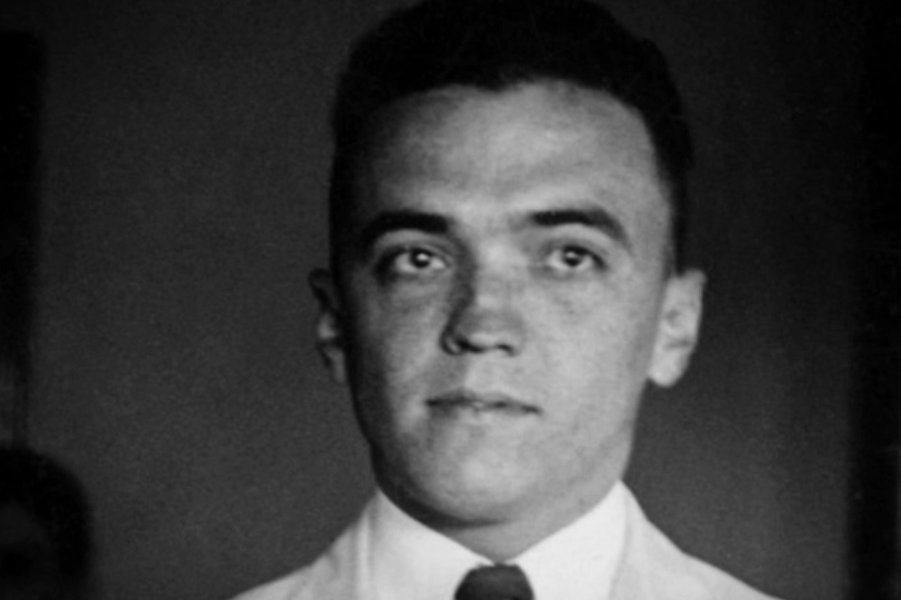 Along with creating the FBI, J. Edgar Hoover was a well-known Freemason. Like so many important people who signed up to be a Mason, Hoover was made a Master Mason not long after joining. He was just 25 years old when this happened. He would go on to become a Thirty-Third Degree Inspector General Honorary in 1955 and was awarded the Grand Cross of Honor in 1965.

Hoover was so respected that there is a room at the House of the Temple, one of the major Freemason headquarters, that is dedicated to Hoover. It contains some of his personal papers and records and acts as a weird shrine to the celebrated director. 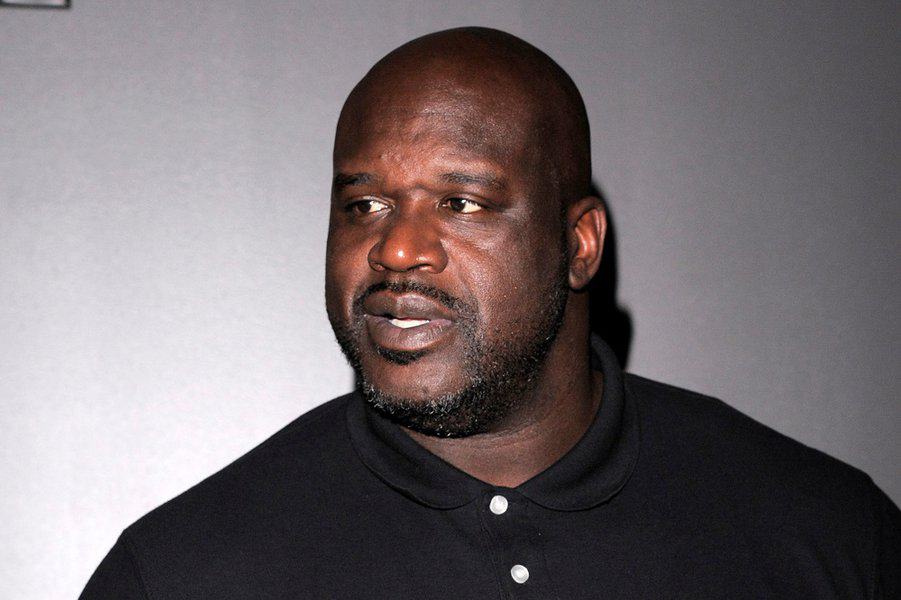 He’s been a basketball player, DJ, rapper, entrepreneur, and TV personality, so it’s no surprise Shaquille O’Neal is also a Freemason. While he doesn’t speak about his affiliations with the fraternity, Shaq revealed his allegiances when asked about a ring he was wearing while on television. After flashing the diamond-encrusted ring, Shaq admitted he was a Mason, much to the ridicule of his peers.

See more about - 40 People And Their Famous Last Words