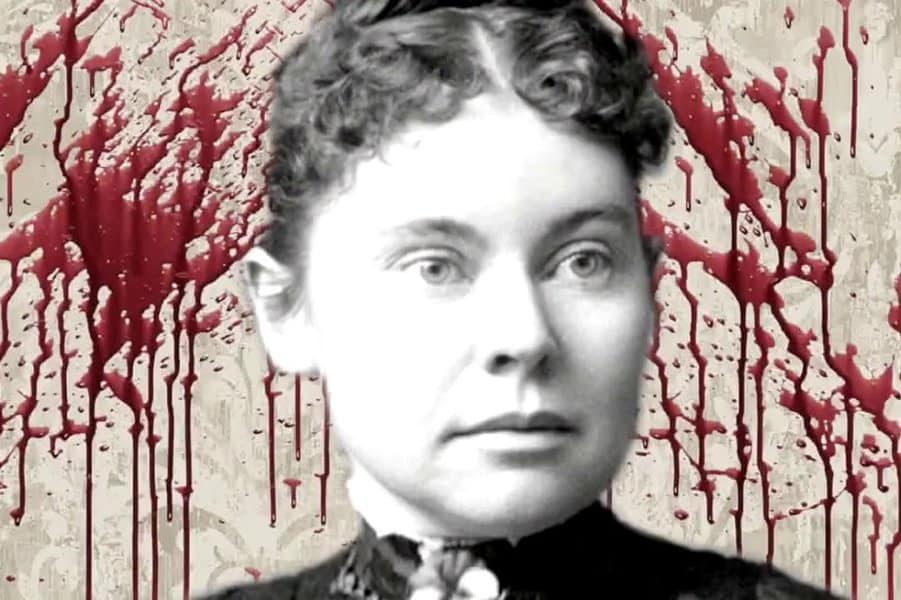 When most think of serial killers, names like Jeffrey Dahmer, Ted Bundy, and John Wayne Gacy often come to mind. These despicable men carried out some of the most horrendous crimes in history. It’s often men who are associated with carrying out these dastardly deeds, but killing isn’t just a man’s game. Over the centuries there have been many female serial killers who have gained notoriety for their murder sprees.

These female serial killers are just as evil as their male counterparts, torturing and murdering their victims in horrible ways. Just like male serial killers, these women have no qualms about killing other people and leaving a trail of death and destruction in their wake.

We’ve put together a list of some of the most terrifying female serial killers to ever walk the earth. Just remember, hell hath no fury like a woman scored. 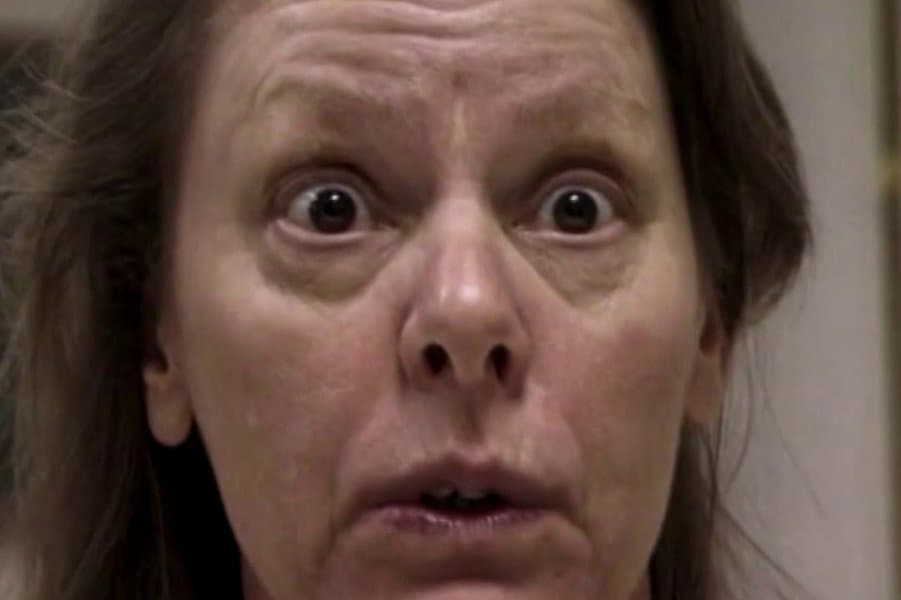 Arguably the most famous female serial killer of the past 40 years, Aileen Wuornos killed seven men in Florida between 1989 and 1990. She was only caught after becoming involved in an accident while driving one of her victim’s vehicles. The sex worker shot each man at point-blank range, claiming that it was self-defense after they had all tried to rape her.

During her trial for murder, Wuornos’ story changed several times, and her recollection of the murders was inconsistent. She was found guilty of six of the seven murders and sentenced to death in 1991. It wasn’t until 2002 that she was finally killed via lethal injection.

Wuornos’ story got even more traction after her death when Charlize Theron played her in the biopic Monster. Released in 2003, the movie was a surprise hit and won Theron an Oscar for Best Actress. 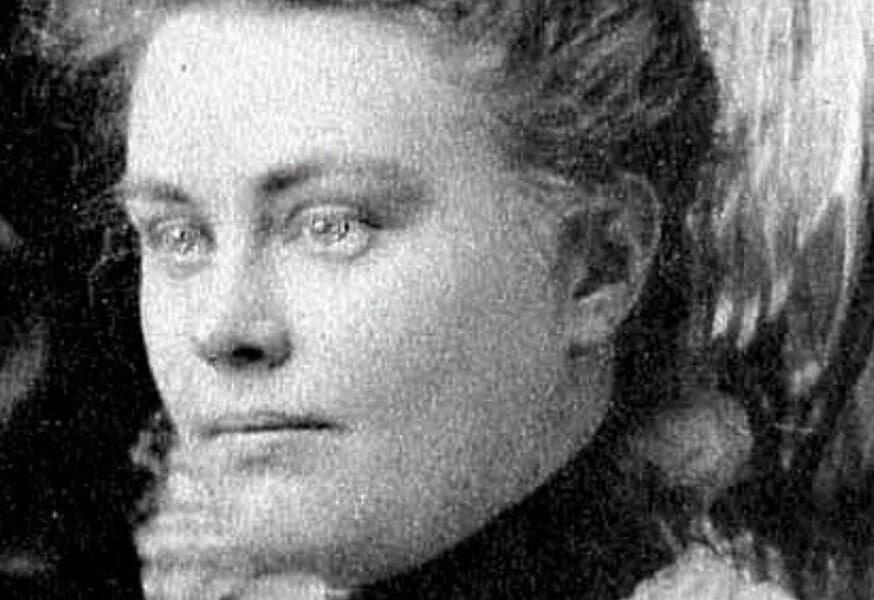 Going back a couple of centuries, Lizzie Borden was accused of murdering her father and stepmother with an axe on August 4, 1892. She didn’t have a great relationship with either parent and in the days following the murders, burnt clothing items that may have been blood-stained.

When arrested by police, Bordon gave strange answers and many believed there was something unusual about the calmness she showed. The murders became big news and most people assumed Borden guilty, but surprisingly a jury acquitted her. Although ostracized by the townspeople, Borden continued to live in the same area before her death at age 66. The murder of her parents remains a true crime mystery yet to be solved. 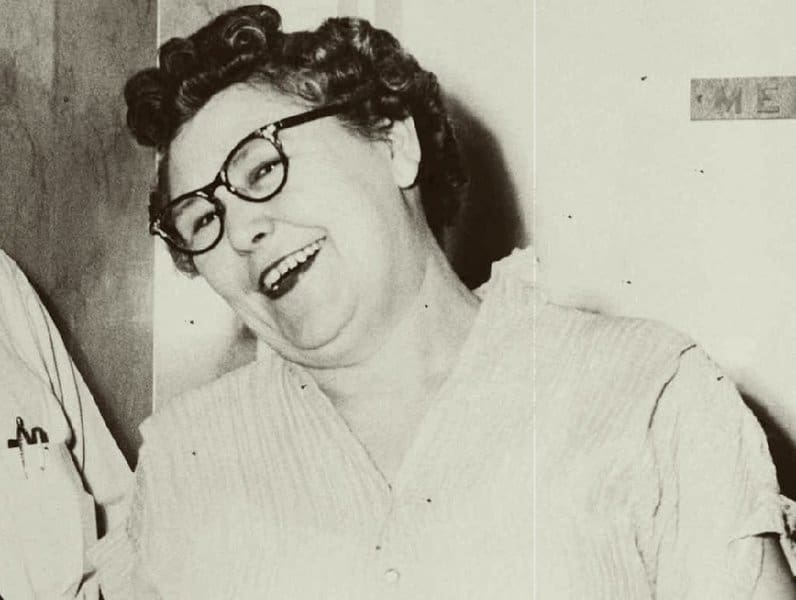 Nancy Hazel, also known as Nannie Doss, killed 11 people over a 30-year period. She used rat poison to kill her victims, who were all related to her. When she was eventually arrested for murder in 1954 she confessed to killing her four husbands, two children, two of her sisters, her mother, two grandsons, and a mother-in-law.

Despite this, she was only convicted of killing Samuel Doss, her fourth husband. She was found guilty and spent the rest of her days in prison where she died from leukemia in 1965. 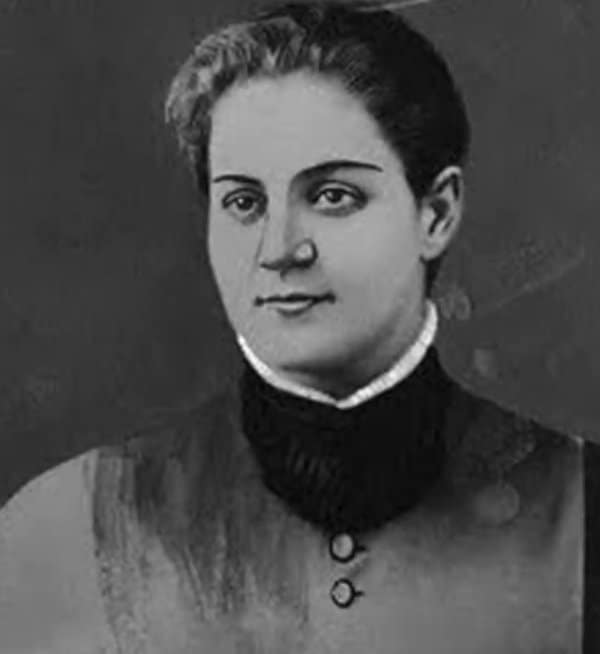 Nicknamed “Jolly Jane” for her upbeat demeanor, this female serial killer was a nurse who was suspected of killing over 100 people. Jane Toppan would use different medicines and poisons to kill her patients, often elderly people whose deaths could easily be cited as old age. She got a sexual thrill out of watching people die and would often lay with her victims as they died.

She was arrested in 1901 after poisoning most of the Davis family, who she was living with at the time. Toppan confessed to 31 murders but was only found guilty of 12. She was declared criminally insane and committed to Taunton Insane Hospital where she remained for the rest of her life. 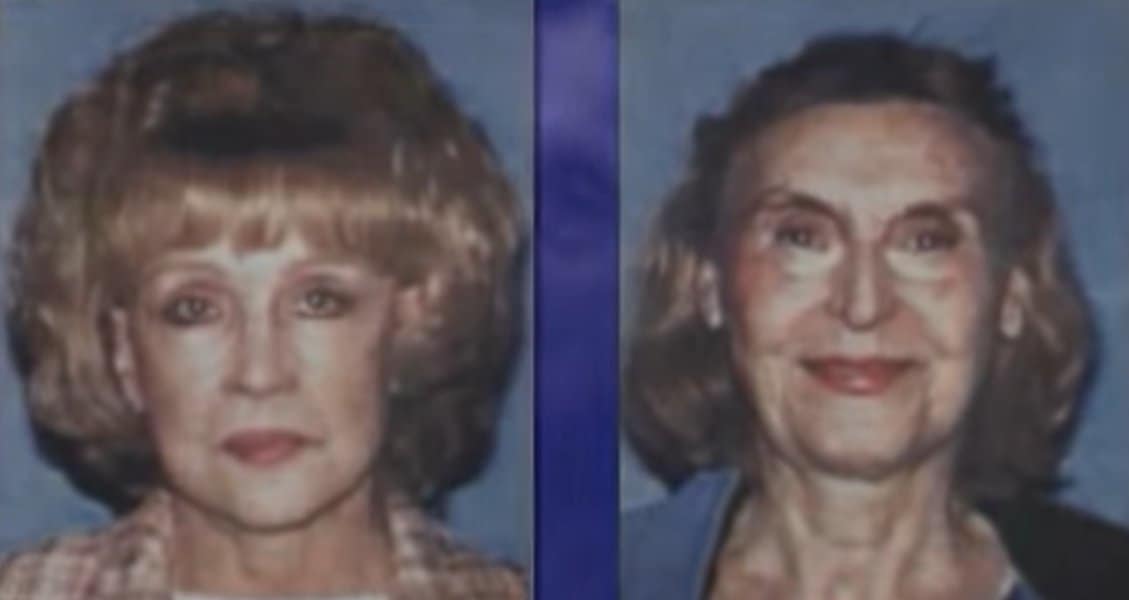 It’s not just young women who commit murders. Helen Golay and Olga Rutterschmidt are pensioners in their 70s who murdered two vagrants in cold blood. Known as the Black Widow Murders, the two women killed Paul Vados in 1999 and Kenneth McDavid in 2005.

Staging the murders as hit and runs, the two took out multiple life insurance policies under each man’s name, collecting millions of dollars. Police become suspicious and the two were arrested and went to trial. Both women were found guilty and are currently serving consecutive life sentences in California state prison. 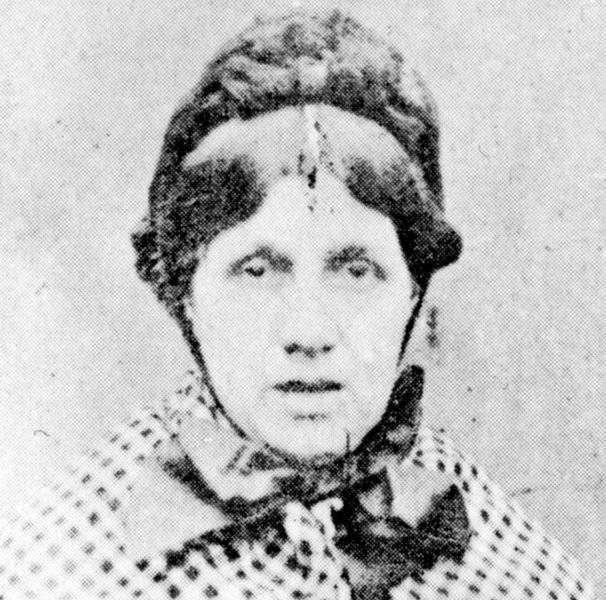 Englishwoman Mary Ann Cotton was found guilty of only murdering her stepson, but it’s believed she killed many other family members. Similar to Nancy Hazel, Cotton used poison (usually arsenic) to kill her victims, who police believe also included three of her four husbands and 11 of her 13 children.

Found guilty of murder, Cotton was hanged at Durham County Gaol in the United Kingdom on March 24, 1873. 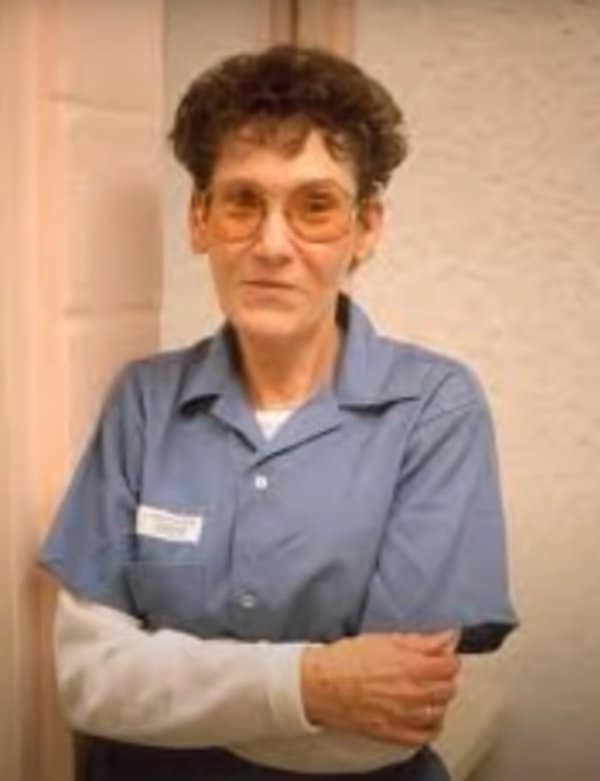 Judy Buenoano was accused of murdering several people during her life, but it was the deaths of her husband, son, and boyfriend that got her sent to death row. Marrying James Goodyear in 1963, Buenoano slowly poisoned him to death using arsenic over an eight-year period, enabling her to claim his large life insurance policy.

Then in 1971, she met Bobby Morris, took out several life insurance policies, and began poisoning him. He passed in 1977 and she got even richer. Not done with her murder spree, Buenoano decided to kill her son. Weakened from the poison, she took him out rowing and capsized the boat, drowning him.

She was eventually caught when her new boyfriend, John Gentry, was severely injured when his car blew up. Recovering from his injuries, police found holes in Buenoano’s story about what happened and discovered she had been telling people Gentry was dying of a terminal illness when he was in fact as fit as a fiddle. She was eventually arrested and stood trial for numerous crimes including murder, resulting in her execution via the electric chair in 1998. 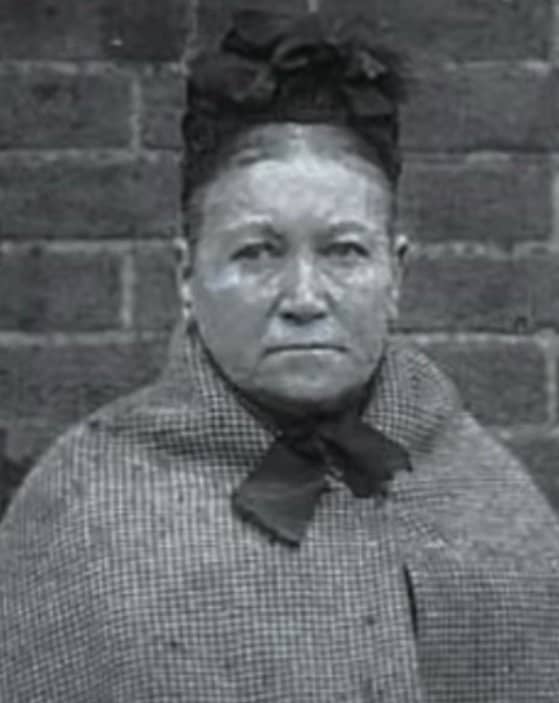 Amelia Dyer was one evil serial killer. She trained as a nurse and became a baby farmer, which was a person who adopted unwanted infants for money. While she initially cared for these children and did her best to raise them, several died while in her care. She was convicted of neglect and did six months hard labor.

Once free, Dyer continued to work as a baby farmer, except this time her murderous rage spilled forth. Dyer would strangle the children she was paid to look after and then dispose of the bodies, often in the River Thames. This proceeded to be her downfall when the body of a young boy was found and a trail of evidence led back to her.

It took the jury four and a half minutes to find Amelia Dyer guilty. Although she was convicted of committing just one murder, it’s believed she may have killed over 400 young children and babies, making her one of the most prolific serial killers of all time. She was hung on Wednesday, 10 June 1896 at 9:00 am. 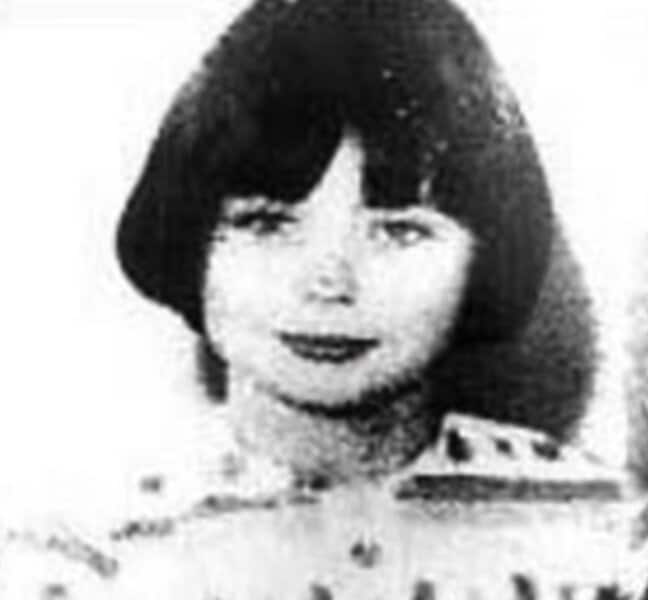 Mary Flora Bell is the youngest serial killer in British history. At age 10, the female killer murdered two young children by strangulation. She was diagnosed with psychopathic personality disorder prior to her trial but was still found guilty and convicted of manslaughter. Her accomplice, 13-year-old Norma Joyce Bell, who was there when the murders occurred but didn’t participate, was acquitted of all charges.

Bell was released in 1980 at age 23 and now lives under several pseudonyms to protect not only y her identity but those of her daughter and granddaughter. 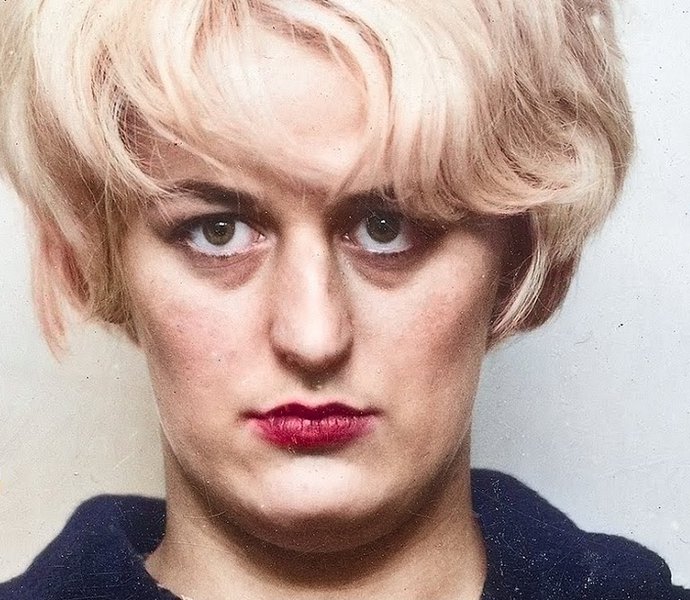 Along with her partner Ian Brady, Myra Hindley killed five young teenagers between 1963 and 1965. Known as the Moor Murders, due to the bodies being buried in the local moors, the two tortured their victims before killing them. Their murderous ways eventually came unstuck when Brady brought home 17-year-old Edward Evans and killed him with a shovel in front of his 17-year-old brother-in-law, David Smith.

Forced to help dispose of the body, Smith immediately alerted the police after the crime, with Brady and Hindley arrested. Although the two admitted to the crimes, an audio recording of one of the victims being tortured and murdered cemented their confessions. Hindley and Brady were found guilty and sentenced to life in prison. Hindley died in 2002 and Ian Brady died in 2017. 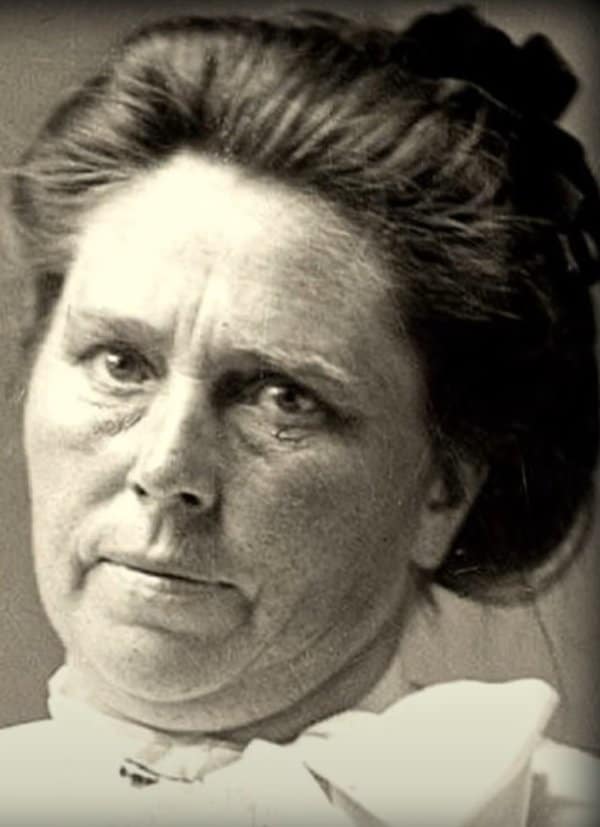 One thing female serial killers have in common is that they often murder those close to them. Husbands and children seem to be a reoccurring theme when discussing these women. Belle Gunness is thought to have killed at least 14 people, including several of her husbands and children.

The Norwegian immigrant moved to America to get rich, and it’s believed she would lure men to her rural property on the pretense of marriage, only to kill them and steal their money. She even posted in the lonely hearts column of the newspaper to find new victims.

It was only after Gunness’ farmhouse burnt down in 1908 that authorities stumbled upon the murders she had committed. Dozens of bodies were found on the property, along with Gunness’ headless corpse, despite the body being five inches shorter. Rumors persist that Gunness lit the fire on purpose to fake her own death, with her actual whereabouts unconfirmed. 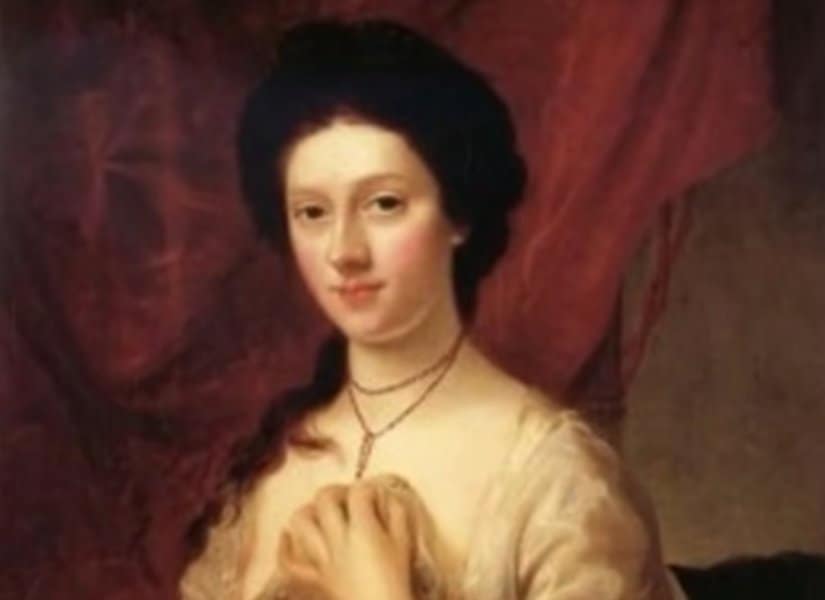 There is still a lot of conjecture about whether Lavinia Fisher murdered anyone during her life, despite often being cited as the first female serial killer in America. What we do know about Fisher is that she was part of a gang of thieves who terrorized the area around Charleston in the early 1900s. The gang would lure men into their homes, drug them, and rob them.

The gang was eventually arrested and Fisher was found guilty of highway robbery, which carried the death penalty. She was executed on February 18, 1820, with her last words believed to be; “If any of you have a message for the devil, tell me now, for I shall be seeing him shortly.” 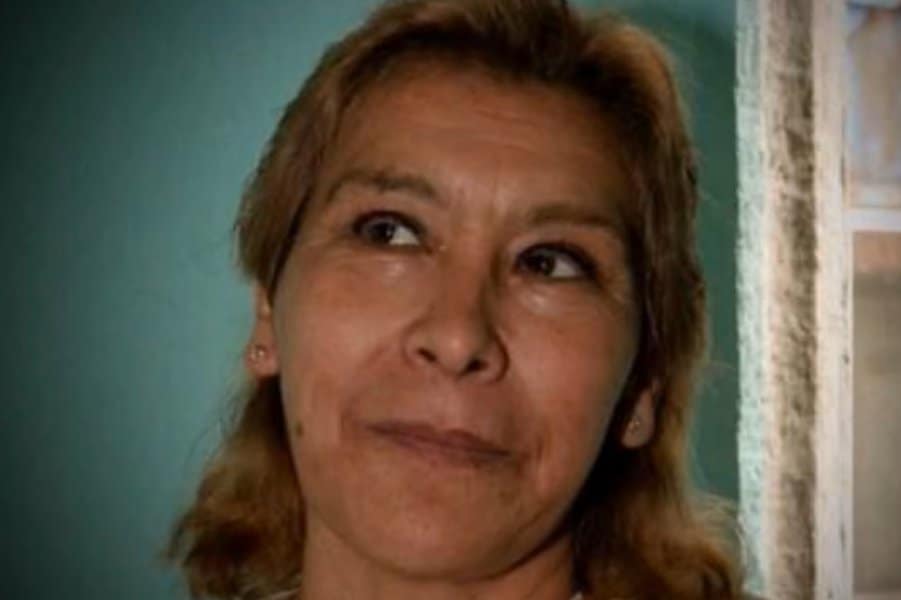 Juana Barraza is a Mexican female wrestler and serial killer known as La Mataviejitas (“The Little Old Lady Killer”). She was sentenced to 759 years for killing 16 elderly women from the mid-90s to mid-00s. The victims were all women who lived alone and were strangled to death by Barraza, who would rob them after she killed them.

Barraza was found guilty of murdering all 16 women, but prosecutors believe she may have killed more than 40. She remains in a Mexican prison and will most likely die there. 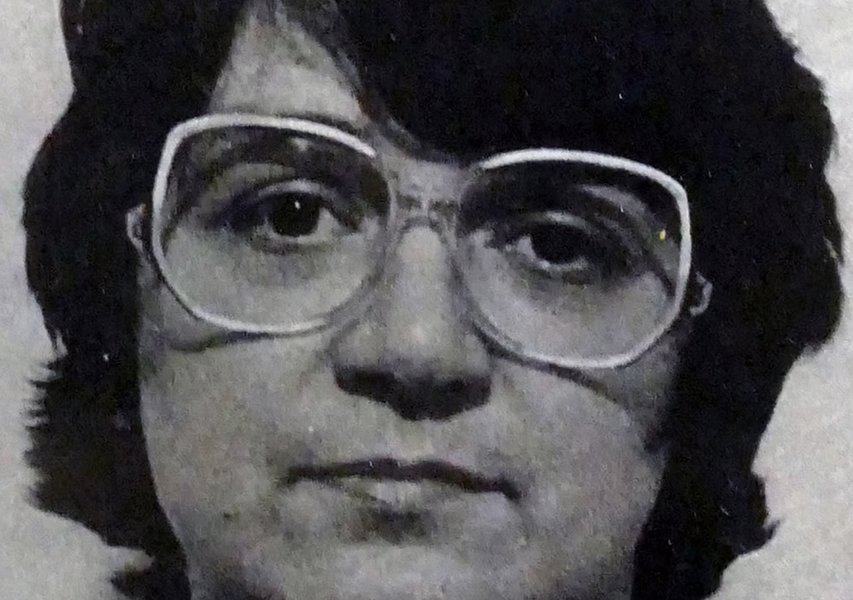 Rose West and her husband Fred West are another serial killer couple who committed 12 murders over a two-decade period from 1967 to 1987. They lured their victims back to their home in Gloucester – which became known as the “House of Horrors” – where they would torture and sexually abuse their victims before killing them.

After one of Fred’s daughters admitted her father raped her, police finally got involved and discovered 12 bodies buried on the couple’s property. Knowing he would never see freedom again, Fred hung himself while awaiting trial. Rose was found guilty of ten murders and sentenced to ten life sentences which she is currently serving.

See more about - 16 Famous Serial Killers Who Terrified The World