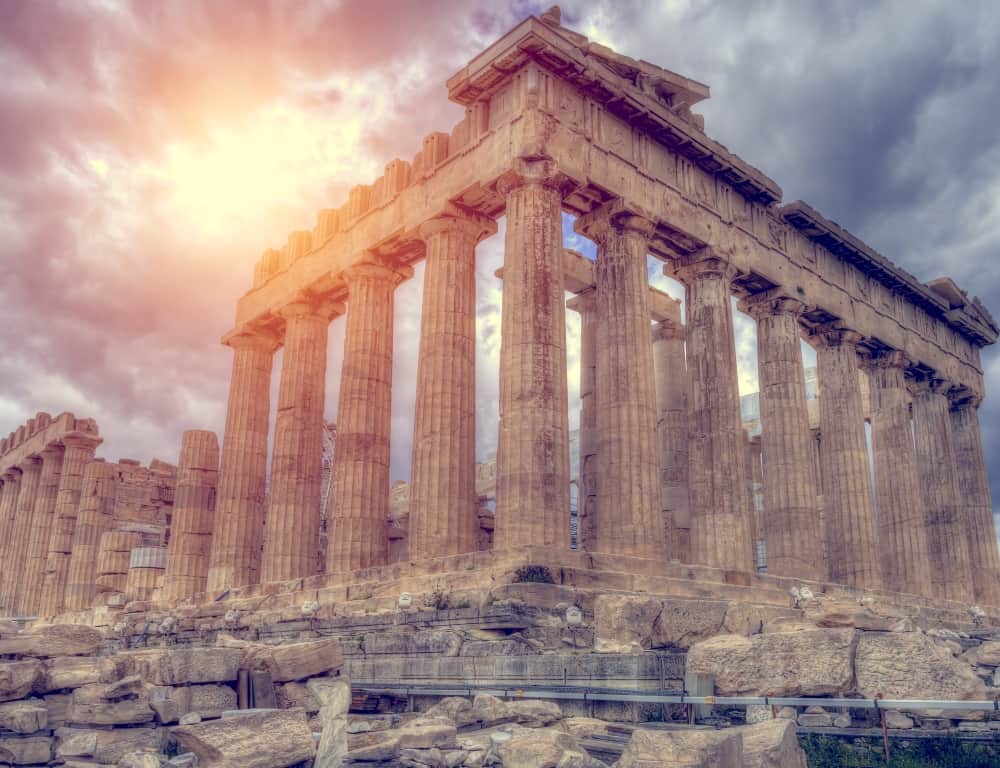 If you have any interest in history, mythology, or even pop culture, you have probably heard about Greek gods. The likes of Zeus, Posiden, and Ares are well-known Greek gods whose stories have been circulating for centuries. Even in the modern day, Greek gods are often featured in books, movies, and tv series. Clash of the Titans and Troy are two movies about Greek gods, while the 2020 Netflix animated series Blood of Zeus also concerns the famous gods. Even Arnold Schwanger appeared as Zeus in a Super Bowl commercial for BMW alongside Salma Hayek as Hera. While these all featured the main gods in Greek mythology, there are many lesser-known Greek gods that are worth finding out more about.

Have you ever heard about Dionysus, the god of booze who was all about the joys of wine and festivity? Or how about Morpheus? No, not Laurence Fishburne from The Matrix. He was the god of dreams in Greek mythology. Many of these lesser-known Greek gods played important roles in the stories and mythology of Greek history. To expand your knowledge of Greek gods, here are 16 of the lesser-known Greek Gods you probably haven’t come across but should know more about. 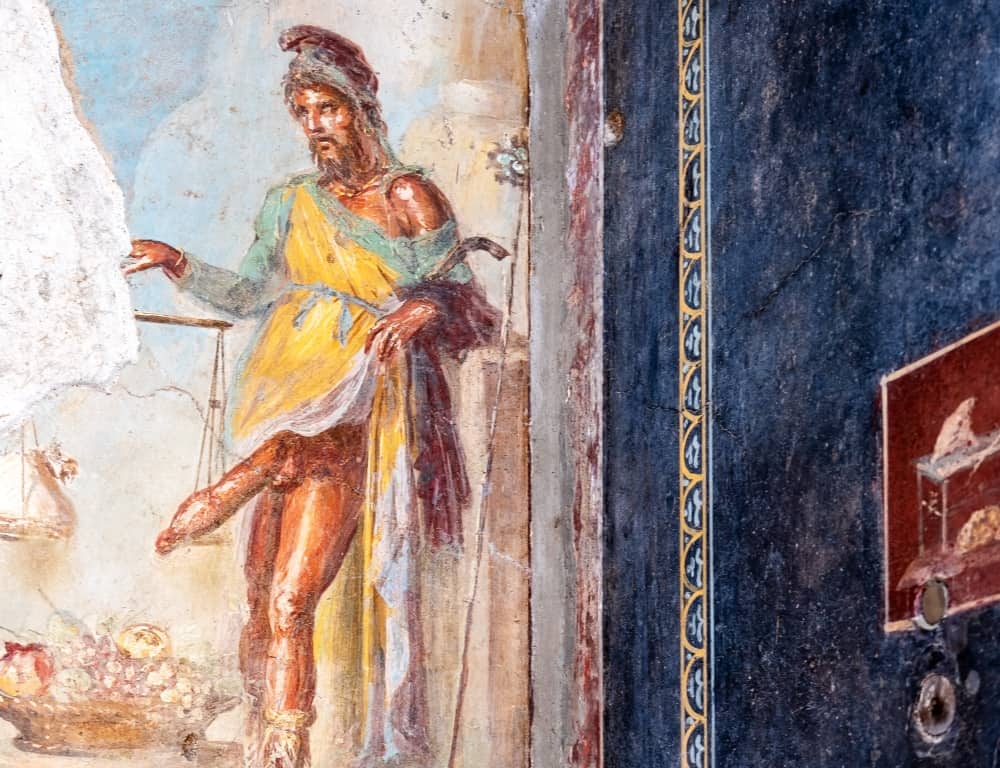 Believed to be the son of Aphrodite and Dionysus, Priapus was a minor god of ancient Greek myth. He was known as the god of fertility, male genitals, livestock, and fruits and vegetables. Unfortunately, he didn’t have a great time as a god. He was cursed by the god Hera with impotence and was born extremely ugly. Due to this he was refused entry into Mount Olympus and exiled to earth where he was raised by shepherds. He is often portrayed as a short, trollish man with a huge penis symbolizing garden fertility. 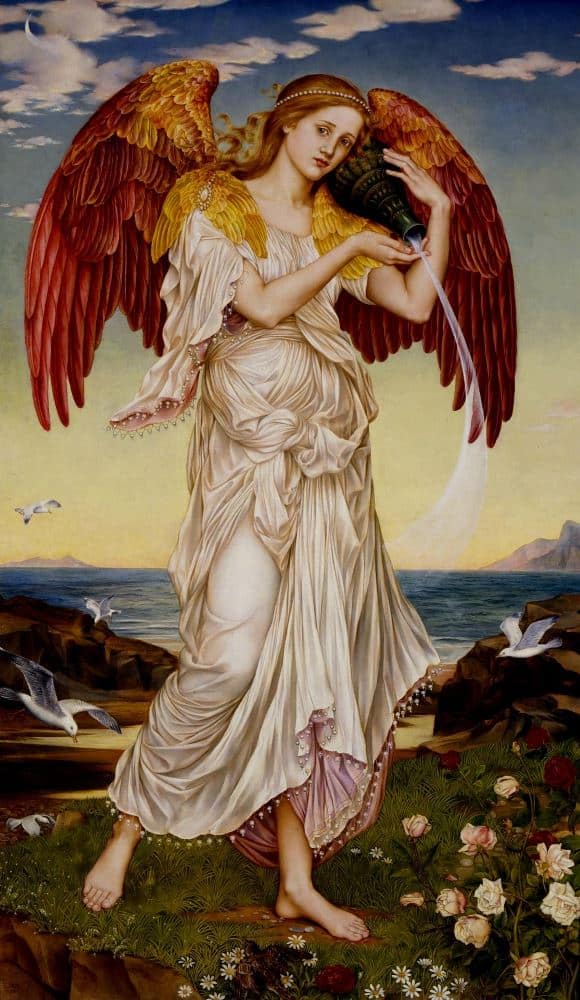 Eos was the goddess of dawn in Greek legend who cursed Aphrodite with an insatiable lust for mortal men, resulting in her many affairs that produced an array of demigod children. That said, Eos also had a taste for mortal men and would kidnap them and force them to be her lovers. The most notable was the Trojan prince Tithonus. Eos gave him the gift of immortality, but not eternal youth. This led to Tithonus aging without dying for an eternity. This was not a pleasant way to live, although he eventually turn into a grasshopper, so it wasn’t all bad. Eos was a Titan goddess and usually represented as a young woman with wings. 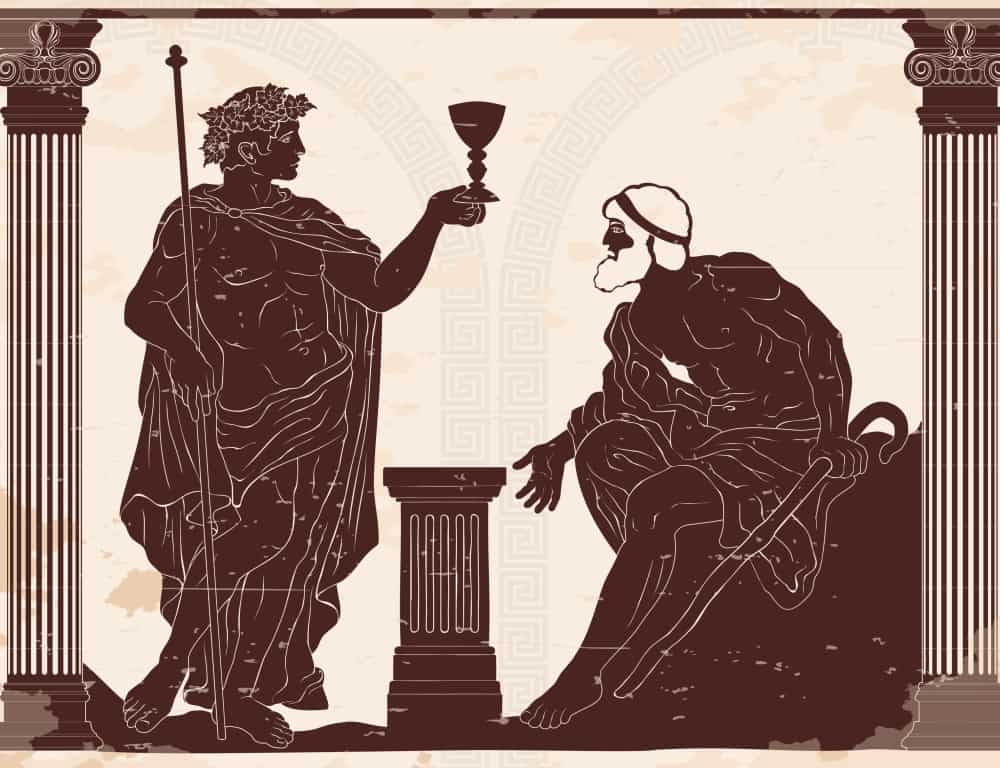 Also known as Bacchus, Dionysus was the god of wine. In ancient times he was responsible for everything from winemaking, orchards and fruit, and fertility to insanity, religious ecstasy, and festivity. In short, he’s the guy you wanted to hang out with at the party. He had a fennel-stem scepter that he used to destroy those who opposed his cult and followers. Many believed he was responsible for the creation of Greek theater and was born of a male god and a human woman. Although he was killed by the Titans, he was reborn and given a second life, cementing his legacy in Greek mythology. 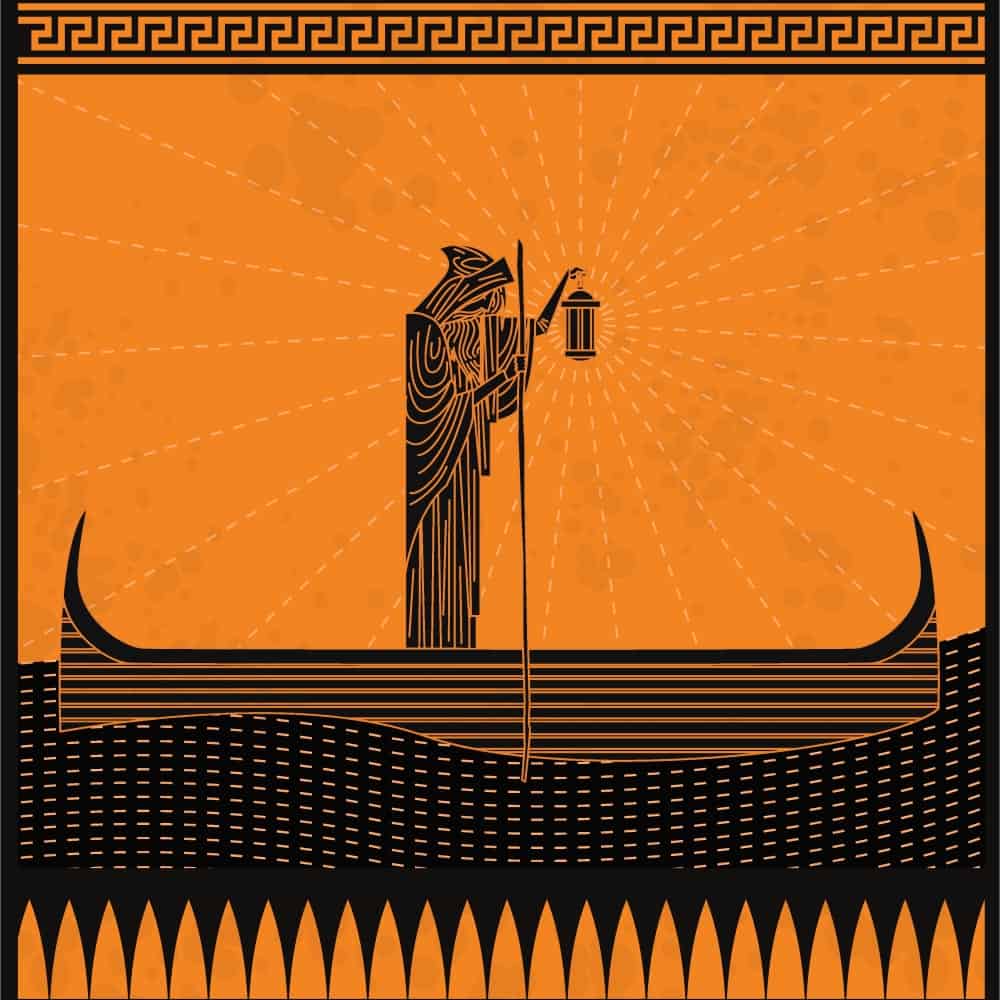 Charon was a minor god who was best known for being the guy who took the dead across the River Styx. All he asked was one gold coin for the crossing, which is why the Greeks would put coins on the eyes of the deceased. It was said if you didn’t pay him you would spend 100 years wandering the shores before being allowed to crossover in the afterlife. Not fun.

The ferryman’s most notable appearance in ancient Greek mythology was when he took Heracles (his Roman name was Hercules) across the river so he could kidnap the three-headed god Cerberus from the underworld. This didn’t go down well with Hades, the god of the underworld, and Charon was put in chains for a year. 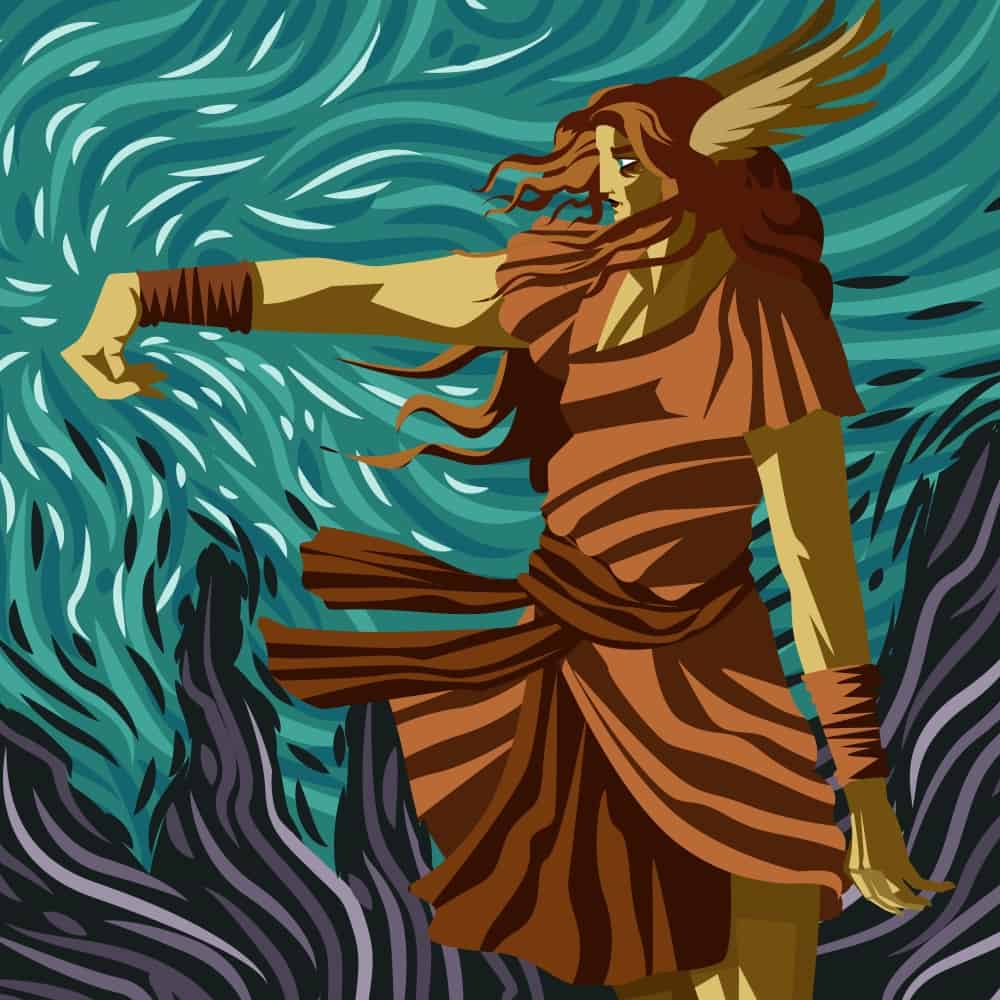 The God of sleep spent his days living with his brother Thanatos the God of Death in the underworld. Hypnos was one of the lesser-known gods who lived in a massive cave where the river Lethe (meaning Forgetfulness) originates. No light or sound entered his abode, with Hypnos enjoying the silence. He was involved in the Trojan War when the goddess Hera asked for his help. Zeus forbade all the gods and goddesses in Mount Olympia from interfering, so Hera reached out to Hypnos. She promised him a bride–Pasithea the goddess of hallucination and relaxation–so Hypnos agreed to help. He put Zeus to sleep, enabling the Greeks to take advantage and win the war. 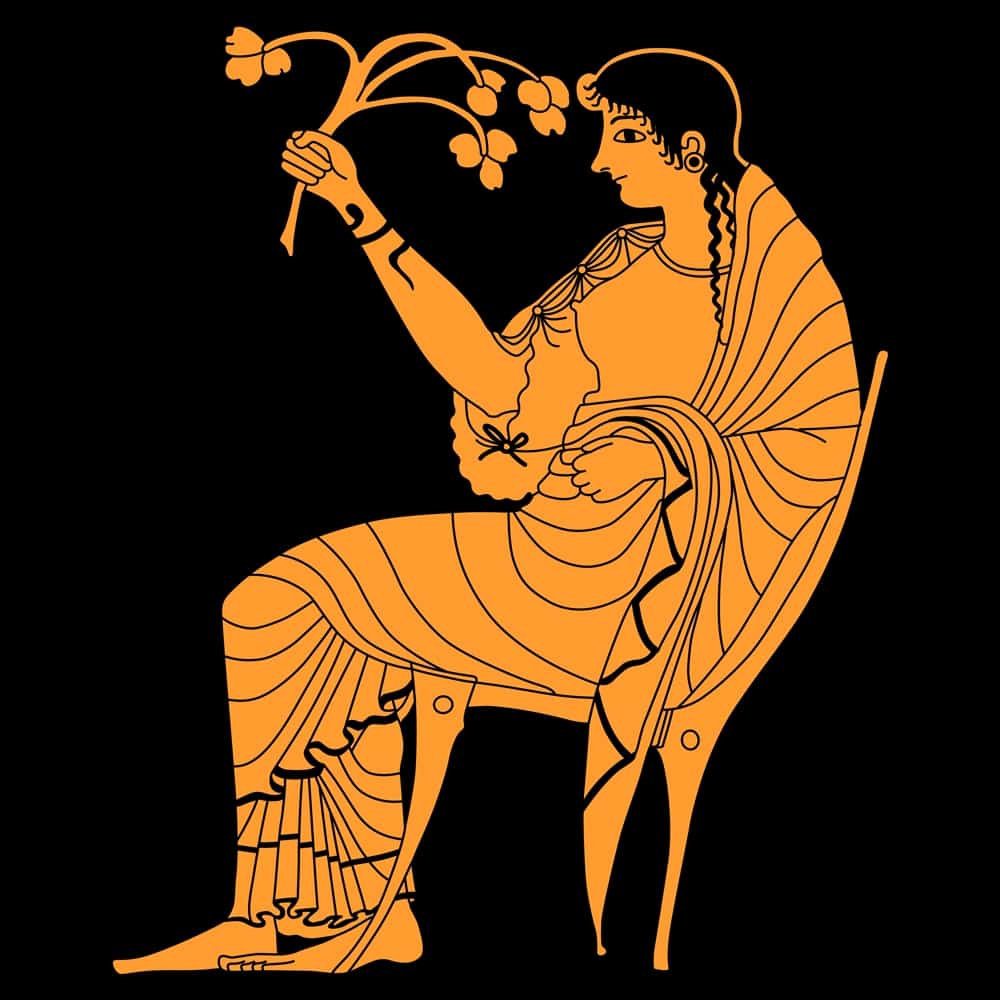 Here’s another of the lesser-known gods who still played a major role in Greek mythology. Demeter was the Olympian goddess of harvest and agriculture. Her daughter Persephone was snatched by Hades and taken to the underworld. Here she was forced to live with him as her wife. This had a big impact on Demeter and she stopped attending to the fields and the harvest to look for Persephone.

With nothing growing on earth, the mighty Zeus decided it was time to interfere and commanded Hades to let Persephone return. Hades relented, but not before offering Persephone a pomegranate to eat on her journey home. The problem was once she ate the pomegranate she was forced to return to Hades once a year and spend time with him. Every time she returned to the underworld, Demeter would be fraught with worry and stop attending to her duties and nothing would grow. This is the period of the year the Greeks labeled as winter. 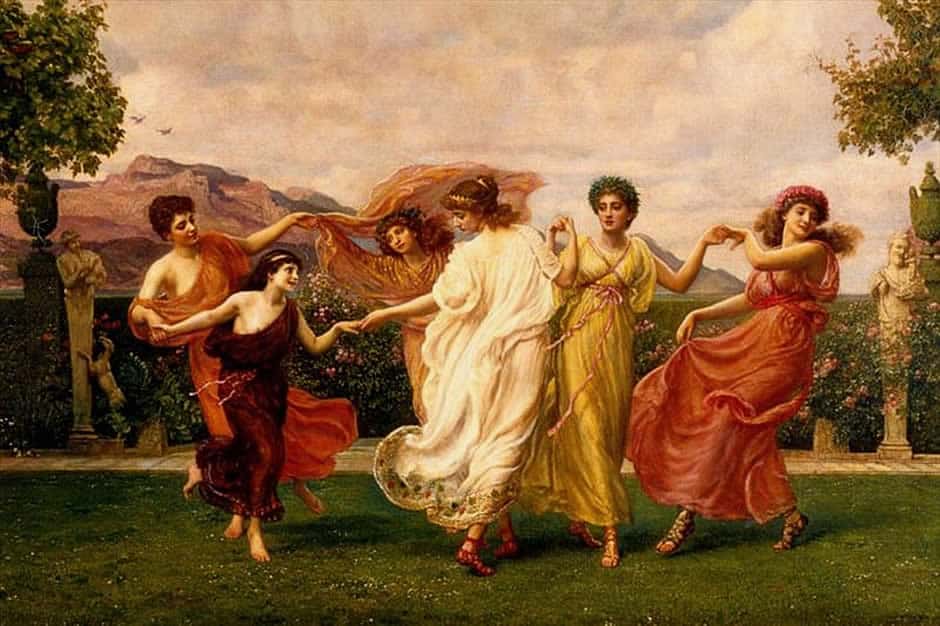 This collection of goddesses represented the four seasons and looked after time and the constellations in the sky. They also guarded the gates of Olympia to make sure no ruffians made their way in. Depending on what you read, the three goddesses (the Greeks initially only had three seasons; spring, summer, and winter) went by the names of Thallo, Auxo, and Carpo, or were made up of the trio of Eunomia (the goddess of good order and lawful conduct) and her sisters Dike (the goddess of justice) and Eirene (the goddess of peace). 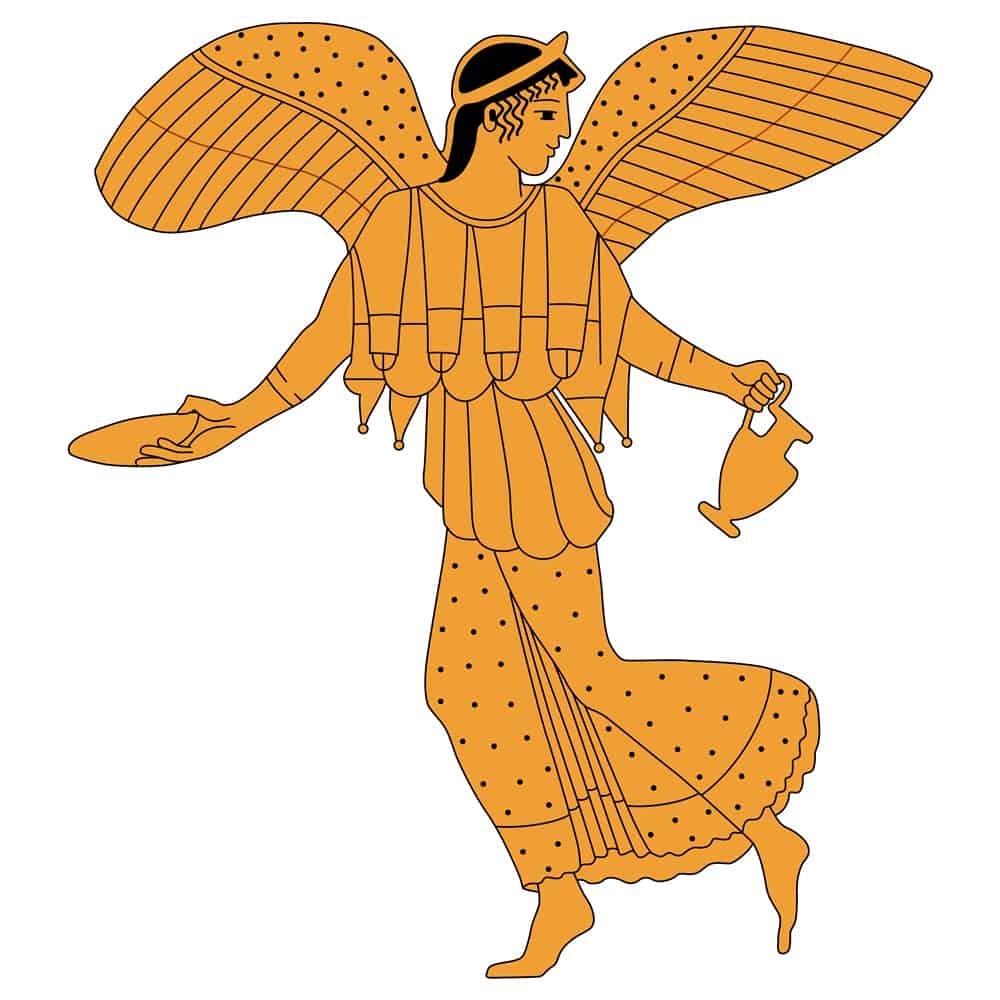 Nike was the goddess of victory, so you can understand why Phil Knight settled on that for the name of his sneaker company. She has an ambiguous origin, but what is known is that she was said to have wings and is often depicted holding a victory wreath or running towards victory. There were several cults dedicated to this deity and she was said to observe battles from the sky and choose what side would enjoy the victory. 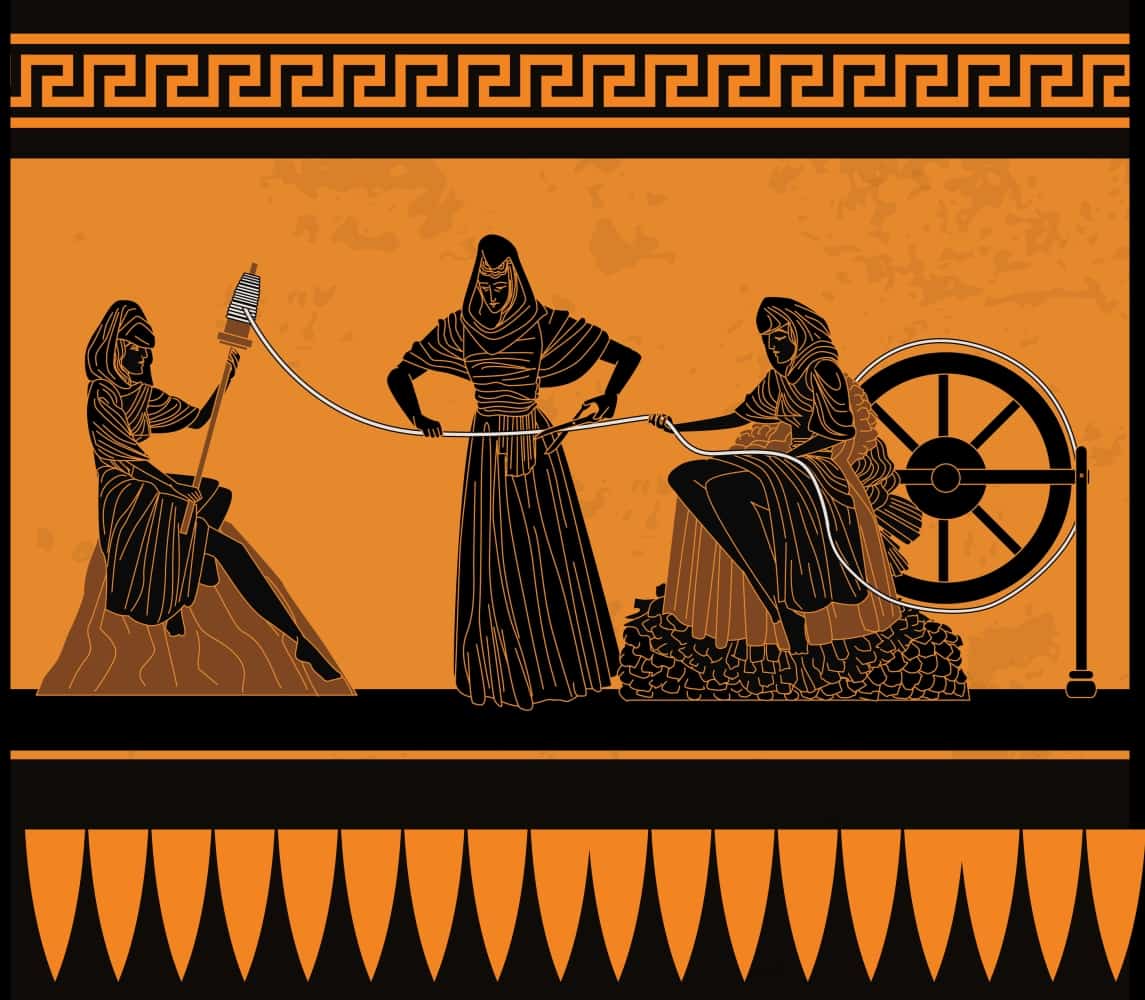 They were often imagined as old and ugly, with each goddess having their own job to carry out. Clotho spun the thread of life, Lachesis measured the length of a person’s life, and Atropos was the one to bring someone’s life to an end. They were also responsible for different time periods, with Atropos looking after the past, Clotho the present, and Lachesis the future. 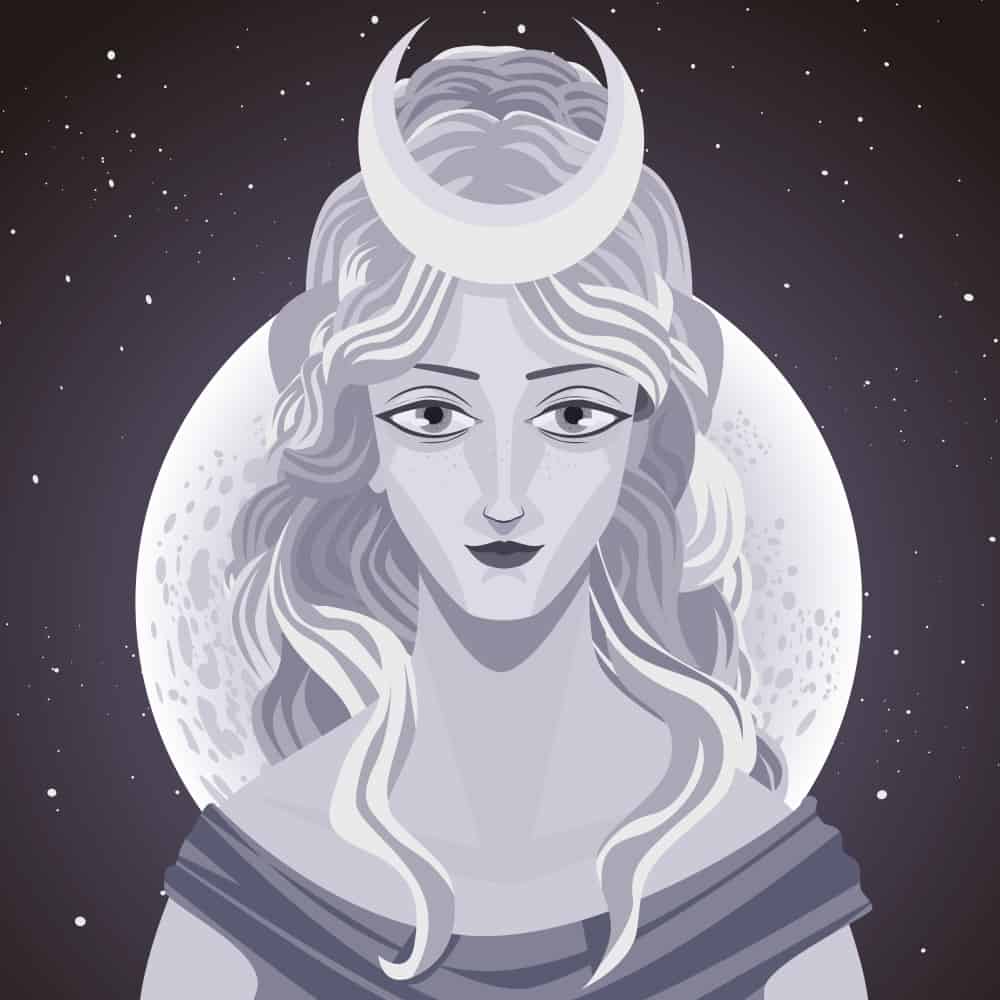 In Greek legend, Selene was the goddess of the Moon. In Roman mythology, she was known as Luna. She drives a moon chariot across the skies and was known to have had many affairs with other gods and mortal men. Her most known romantic relationship was with the mortal Endymion, also known as the King of Elis. She had 50 daughters with Endymion.

Like many of these ancient greek characters, Endymion had a wandering eye and tried to seduce Zeus’ wife Hera. As punishment, Zeus gave him the choice of remaining mortal or being young forever. He chose to be young forever, but there was a catch, eternal youth required Endymion to sleep forever. This ended the great love affair between Selene and Endymion. 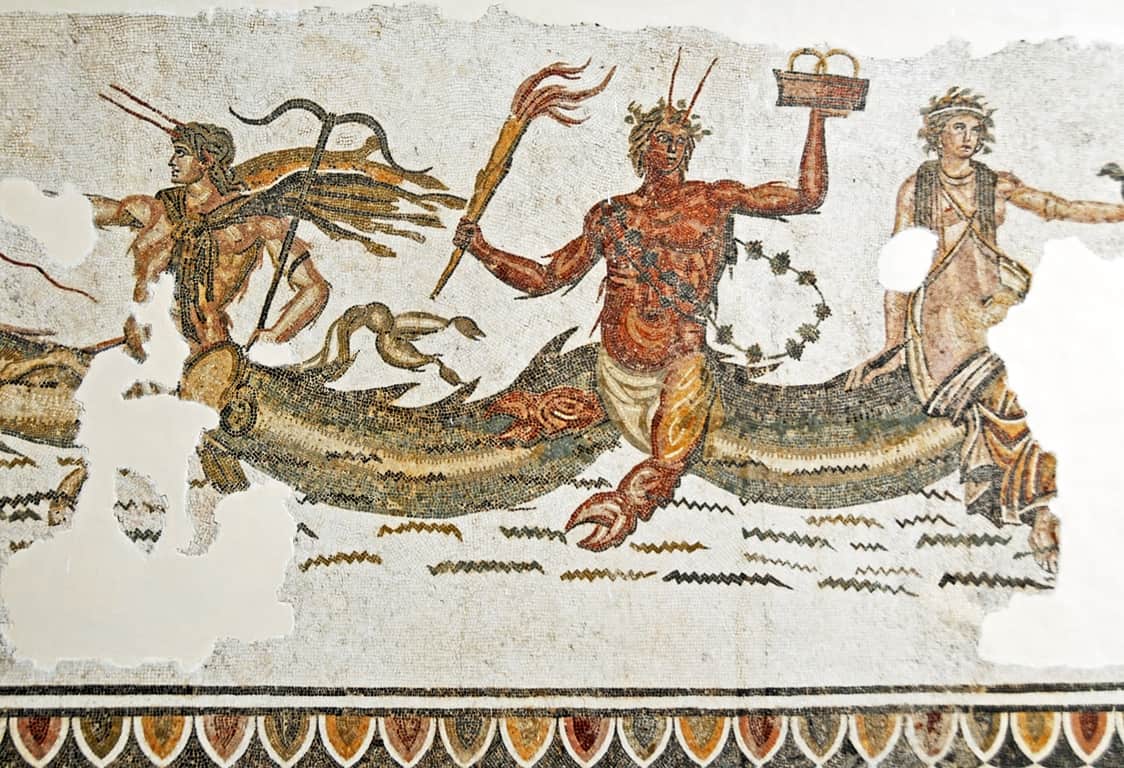 This sea-dwelling minor god was the eldest son of the Titans Oceanus and Tethys. He had a remarkable 2999 brothers who were all river gods, with Proteus being the only sea god of the family. Commonly referred to as the ‘Old man of the sea,’ Proteus had the ability to change shape. He could also predict the future but would not tell people what he knew unless captured. He would then turn into various creatures to escape, but if he couldn’t, would tell his captors what they wanted to know. 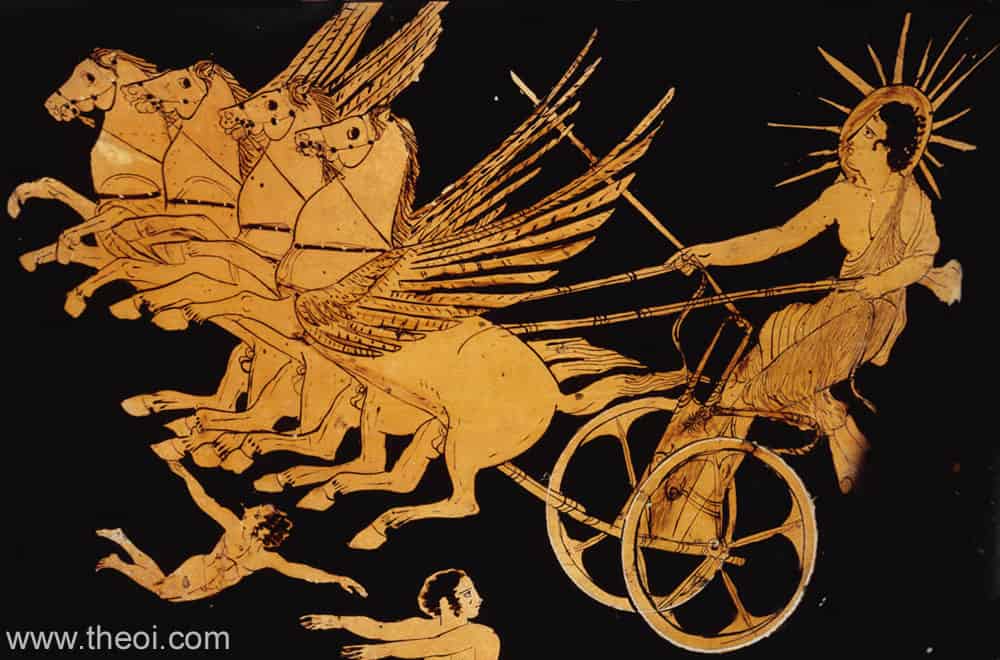 This is another group of lesser-known Greek gods you might not be aware of. Astra Planeta was known as the five gods of the wandering stars or planets. There was Phainon the god of Saturn, Phaethon the god of Jupiter, Pyroeis the god of Mars, Eosphoros the god of Venus, and Stilbon the god of Mercury. Why no Uranus, Neptune, or Pluto you ask? Those planets had yet to be discovered. They are often depicted as young men swimming in the River Oceanus, a river that circles the earth and contains the constellations, moon, and sun. 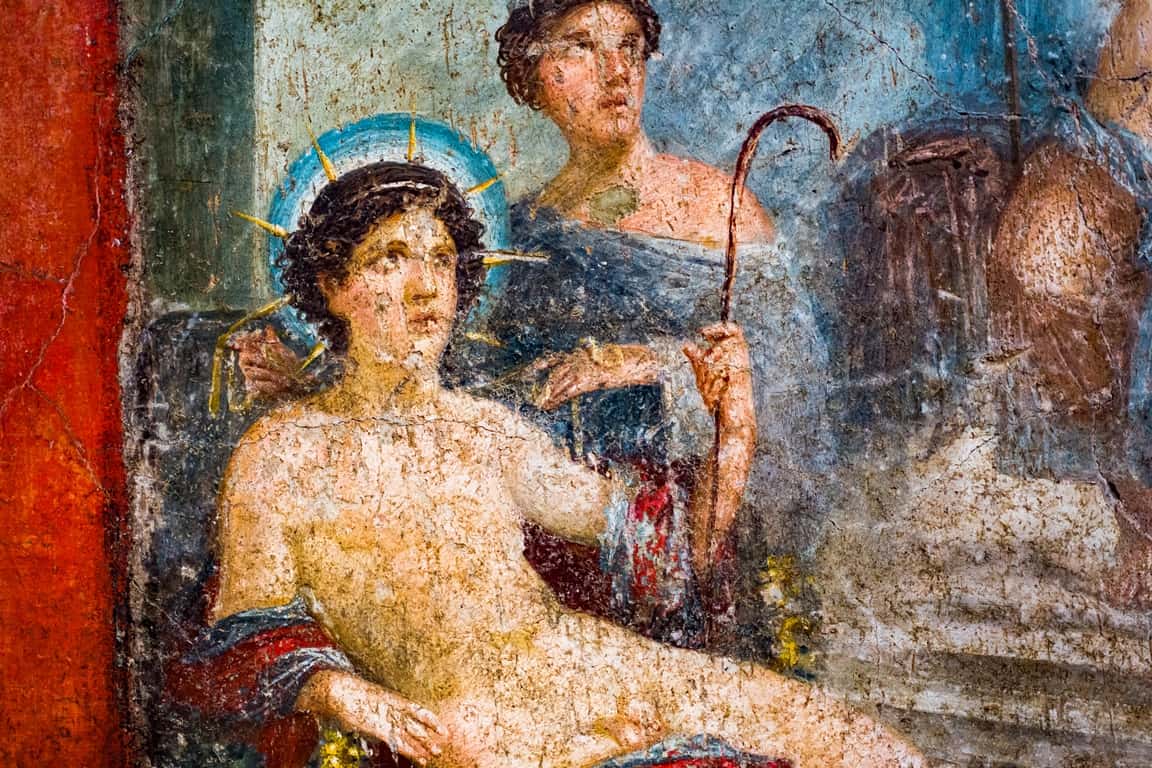 This Greek god was known as the god of the sun. In Greek myth, he drove a chariot across the sky from east to west. He was the son of Hyperion and Theia and brother of the goddesses Selene (the Moon) and Eos (the Dawn). Although he was a minor god in ancient Greek mythology, his popularity grew over time in Roman mythology, where he became a major deity for a short time during the 4th century.

Helios featured in a number of stories, the most notable being when he allowed his son Phaethon to drive his chariot. Helios warned him that only he was equipped to control the chariot, but Phaethon was insistent. He eventually allowed him the chance to take it for a spin and it almost ended in disaster. Phaethon lost control and was struck by a lightning bolt from the mighty Zeus to stop him from crashing into the earth. 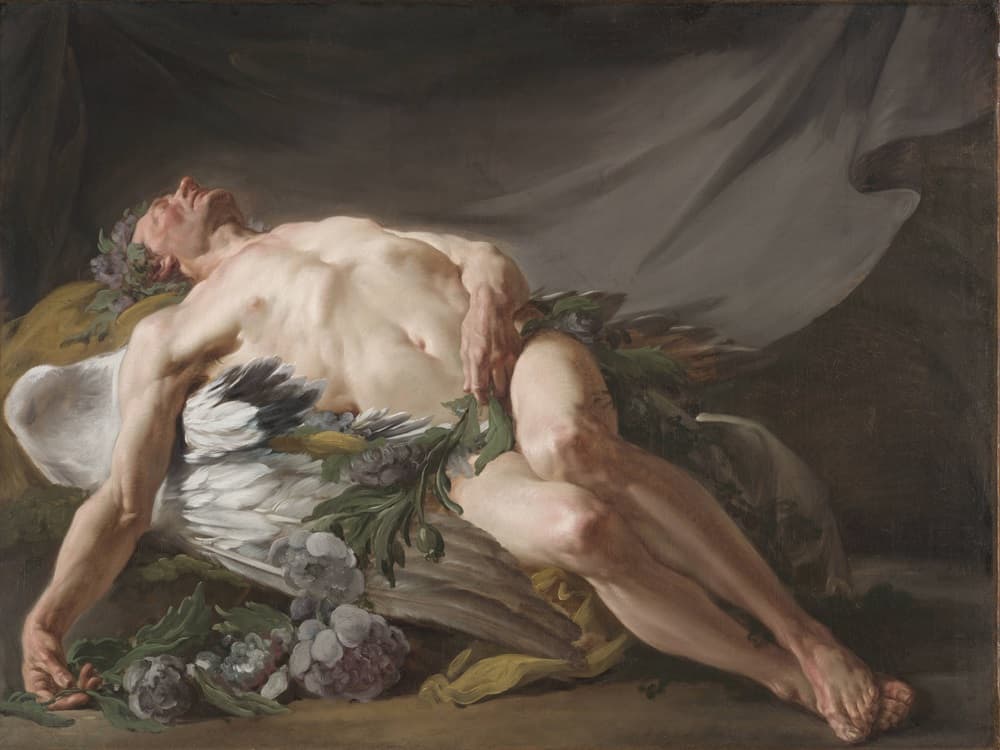 Morpheus was the ancient Greek god of dreams. The myth was that he could appear in people’s dreams and was used to convey messages from the Olympian gods. The son of Titan god Hypnos (the god of sleep) and Pasithea (the goddess of relaxation and rest), Morpheus could also take the form of a human but his true appearance was that of a winged demon. Morpheus was also one of the busier gods and didn’t have time for a wife. 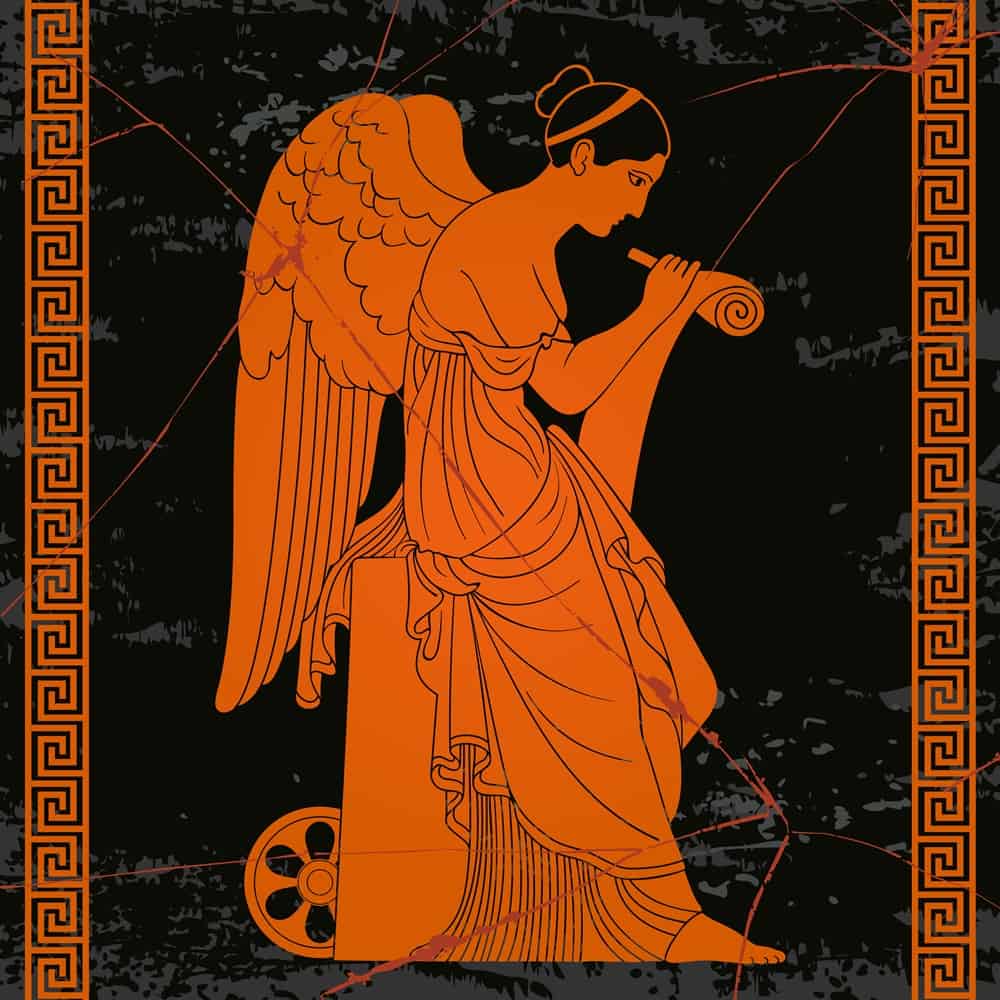 If the ancient Greeks ever found themselves seeking vengeance, Nemesis was the lesser-known god they sought out. She was often portrayed with wings and holding a dagger to carry out her evil deeds. This Greek goddess was responsible for the eventual death of Narcissus. After he rejected the nymph Echo, Nemesis lured him to a pool of water. Such was Nemesis’ vanity that when he caught a glimpse of his own reflection he fell in love with himself. He refused to leave the pool and eventually died there, staring at his reflection. 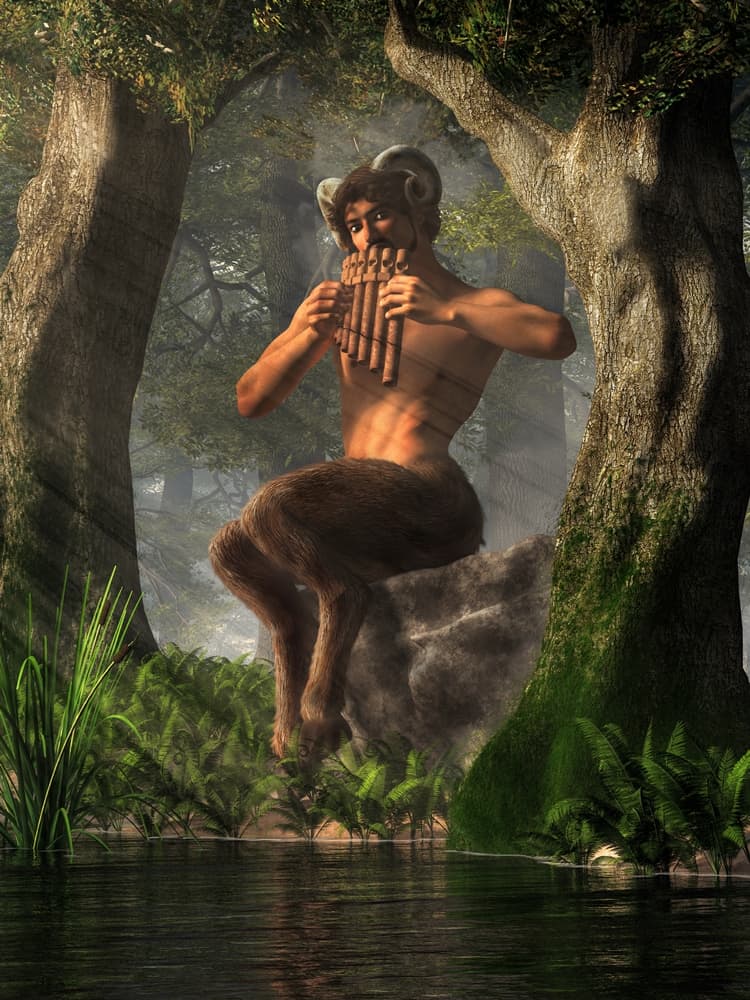 The deity known as Pan was the god of nature. He looked after all things in the wild, such as the mountains, shepherds and their flocks, and rustic music, and was also a friend of any nymph he encountered. As a lesser-known god, he wasn’t worshiped in the city areas but was followed by those who lived out in the country and mountains. He was depicted with the legs of a goat and the torso of a man playing his famous panpipe.