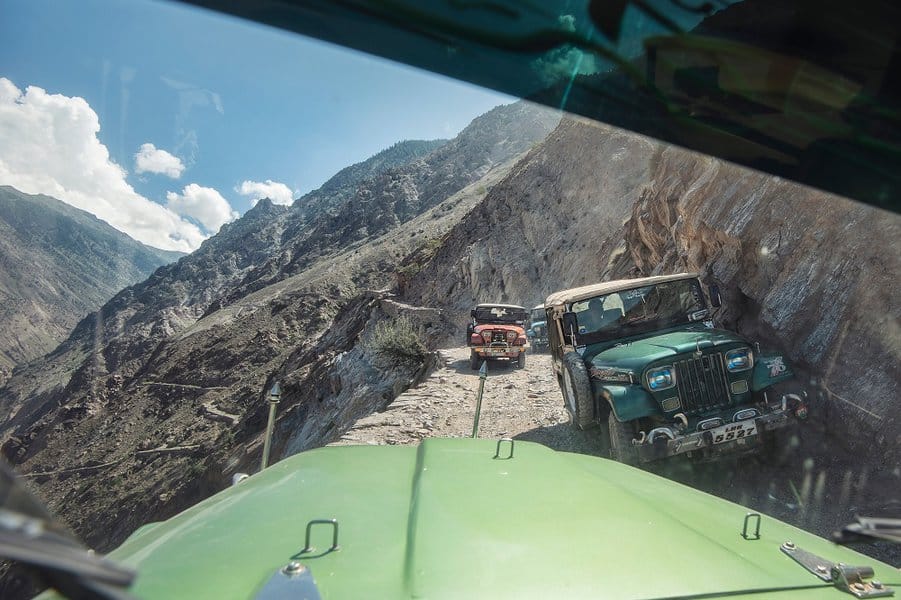 The 16 Most Dangerous Roads in the World

While driving can be dangerous anywhere, certain roads are even more hazardous. Some problematic routes have been unchanged since construction, which goes as far back as the 1890s. A few of these dangerous roads are narrow routes carved out of mountains. Many others are in complete isolation in icy and snowy locations. They also feature some of the most incredible and awe-inspiring scenic views, with numerous roads now heritage sites.

Don’t be fooled by the views. These are the most dangerous roads in the world. Many roads are old, broken down, and unpaved. Even paved roads are still a risk to drive down. At the same time, several routes have flawed designs that put lives at risk. Often, weather conditions add to the dangers of the twisting, narrow, and curvy roads. For instance, the rain turns already dangerous and steep roads in South America into mud traps, while winter snow can turn a simple road into sleets of ice. Here’s a look at the 16 most dangerous roads in the world. 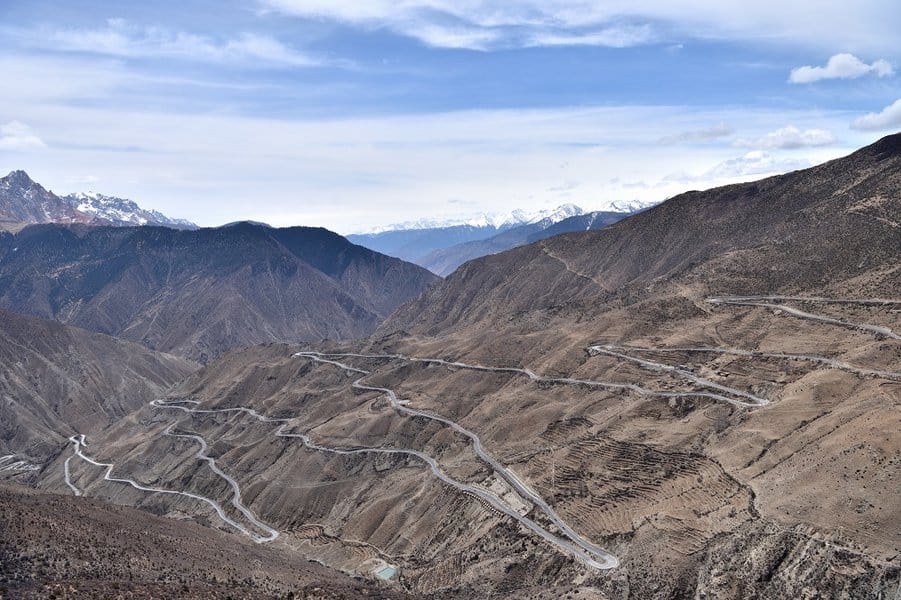 The Sichuan-Tibet Highway is full of incredible scenic views along the route from Chengdu, Sichuan, to Lhasa, Tibet. The high-elevation road features beautiful peaks, valleys, and vast landscapes that pass by Buddhist monasteries. Additionally, the weather changes from warm spring to a snowy winter before your eyes.

Traveling through forests and fourteen mountains is difficult as oxygen becomes scarce. The narrow route is risky due to the mountain’s sharp hairpin turns. Plus, the area is prone to avalanches and landslides. A large portion of the road is not paved and becomes muddy during the rainy season. Vehicles often become stuck for several hours resulting in fights with other drivers, robberies, and kidnappings. 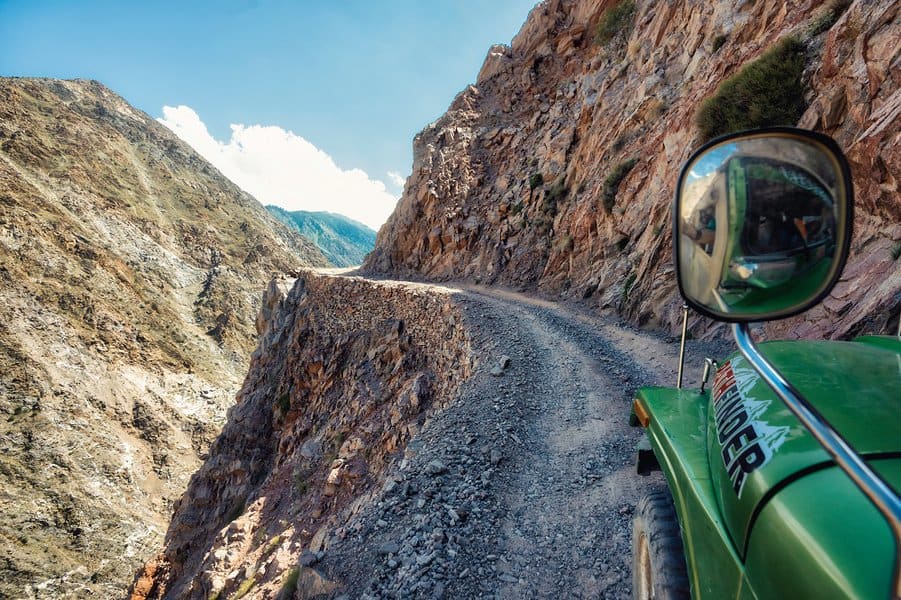 The Fairy Meadows National Park is one of the most beautiful tourist attractions on the planet. However, getting there requires taking one of the deadliest roads ever created. Fairy Meadows Road is a narrow, treacherous gravel route running through the mountains.

The horrifying road is so dangerous the World Health Organization called it the second deadliest road in the world in 2013. Visitors must have a local guide to access the road by jeep. Ending at Tato Village, it’s then a four to five-hour hike to Fairy Meadows park the rest of the way. 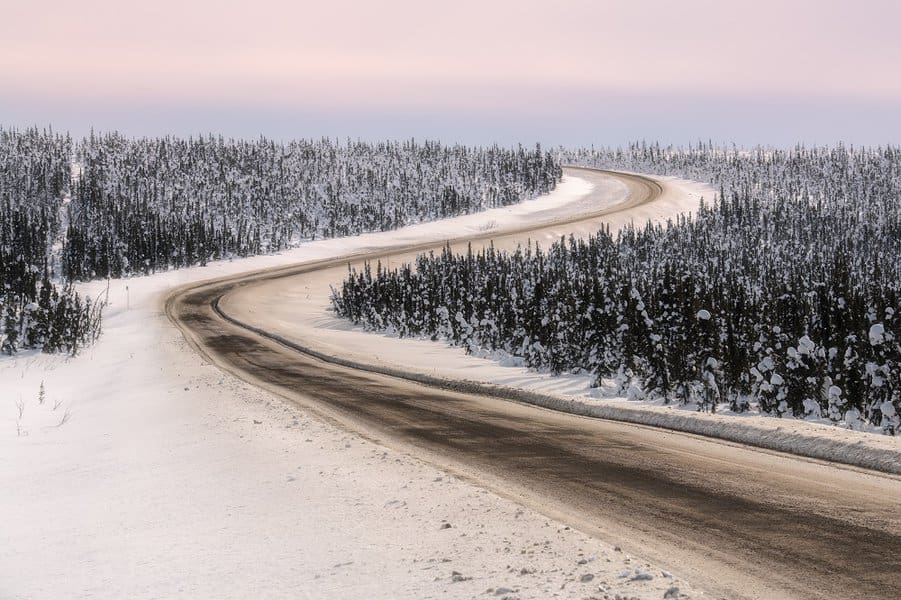 Stretching 414 miles through Alaska, the James Dalton Highway is one of the most isolated routes around the globe. Often covered in snow and ice, it’s a dangerous road with no sign of human life for miles. Anyone brave enough to venture down this lonely road of broken dreams should pack survival gear. Furthermore, drivers must be extremely cautious and always drive with their headlights on.

It’s a rudimentary gravel road with only sections of it paved. The Dalton Highway only passes through the three small towns of Coldfoot, Wiseman, and Deadhorse. Part of the route is in the middle of nowhere, with no hospitals, gas stations, or restaurants for miles. 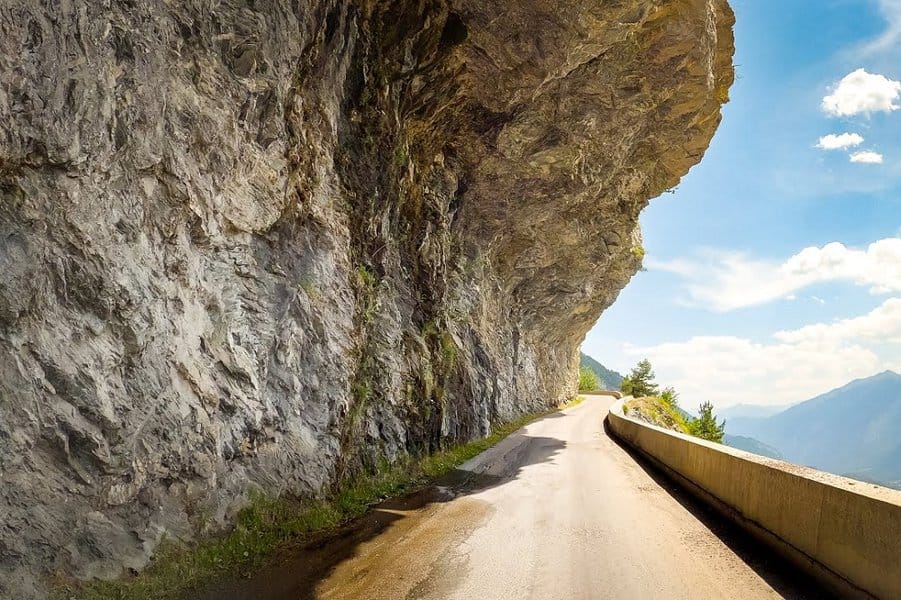 Few roads compare to the Col du Chaussy located high up in the mountains of France. It’s one of the country’s most challenging and risky roads to travel. Dubbed Lacets de Montvernier, the route starts with seventeen hairpin turns as the road climbs up the side of a cliff. Since the narrow road isn’t wide enough for two cars, the vehicle going uphill has the right of way.

The route features incredible history and breathtaking views. However, stay focused on this long, winding road full of sharp turns. It’s one of the most impressive roads carved out of a mountain. To this day, it’s a tough and challenging road to navigate. 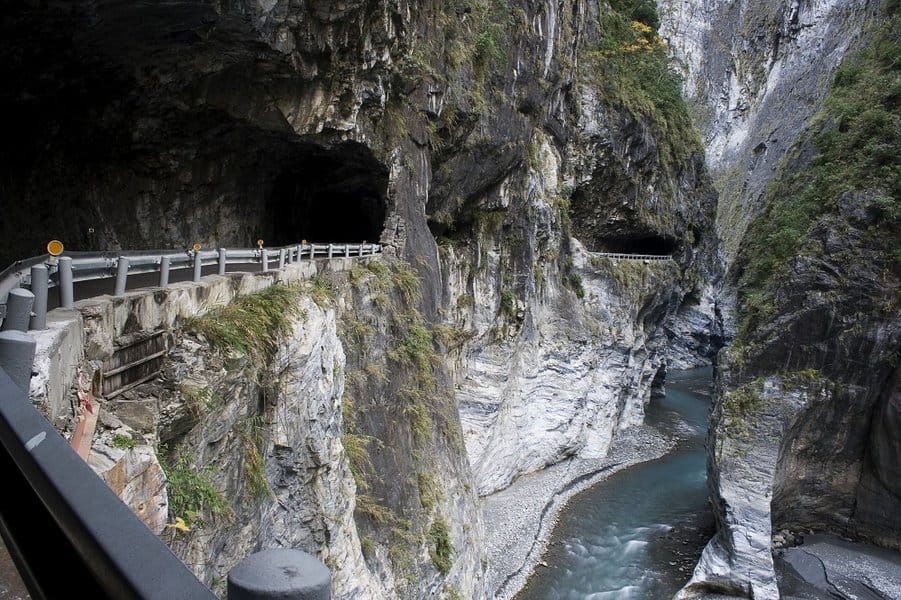 Coincidentally, the most hazardous roads are in the world’s most stunning national parks. For example, the narrow and winding Taroko Gorge Road runs through the iconic Taroko National Park in Taiwan. Since it’s carved out of the side of a mountain, the narrow yet scenic route is full of blind turns and dangerous heart-pounding bends. 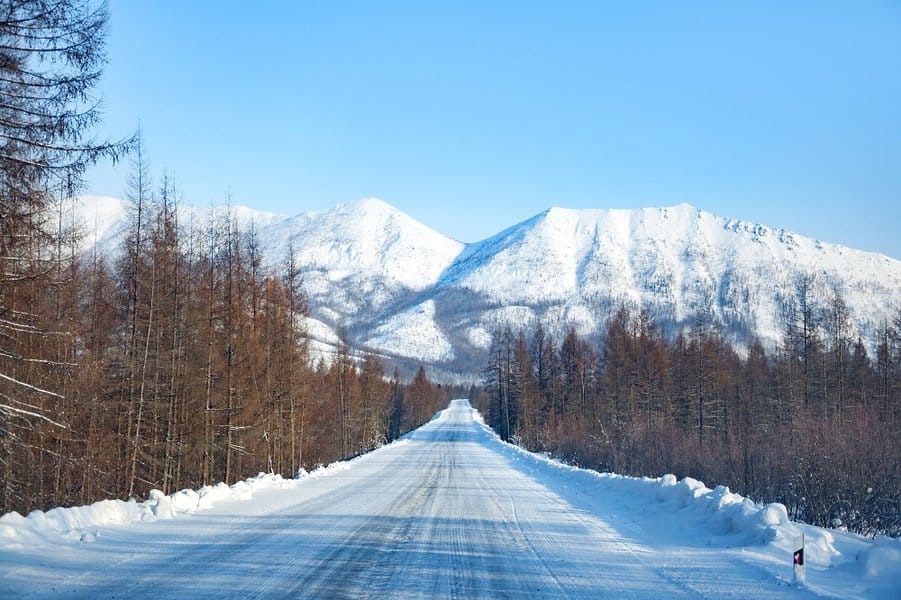 Kolyma Highway is a route in the Russian far east that links the town of Magadan to Nizhny Bestyakh. Also known as the road of bones, construction began in the 1930s using prisoners and slave laborers. In fact, roughly 1,000,000 laborers died during the dangerous road construction. Now, the road serves as a memorial with the bones of the dead workers placed beneath the route.

Parts of the road, such as Old Summer Road, are in complete despair and deserted. The road is challenging in the summer but nearly impossible in the winter. The route passes through the town of Oymyakon, the coldest inhabited place on the planet. With the icy cold weather and unpaved road, it would be wise to avoid this dangerous route. 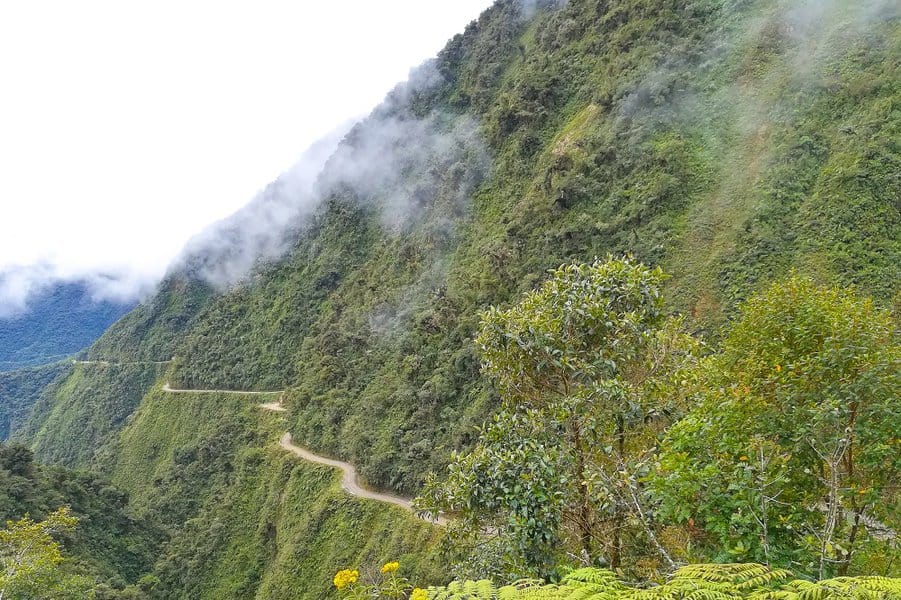 Few roads in the world are as scary, narrow, and high up as Yunges Road in Bolivia. Nicknamed the road of death, it was once the only route into the Capital City of La Paz. Located on the side of a Bolivian mountain, Yungas Road has been the site of several deaths. Furthermore, the long, winding road is full of haunting memorials along the path.

With a horrifying drop of 12,000 feet, buses, cars, and cyclists often tumble over the side of the road. Even after Bolivia built a new highway into the capital, drivers still fly down the terrifying road. It’s easily one of the scariest roads in the history of roads. 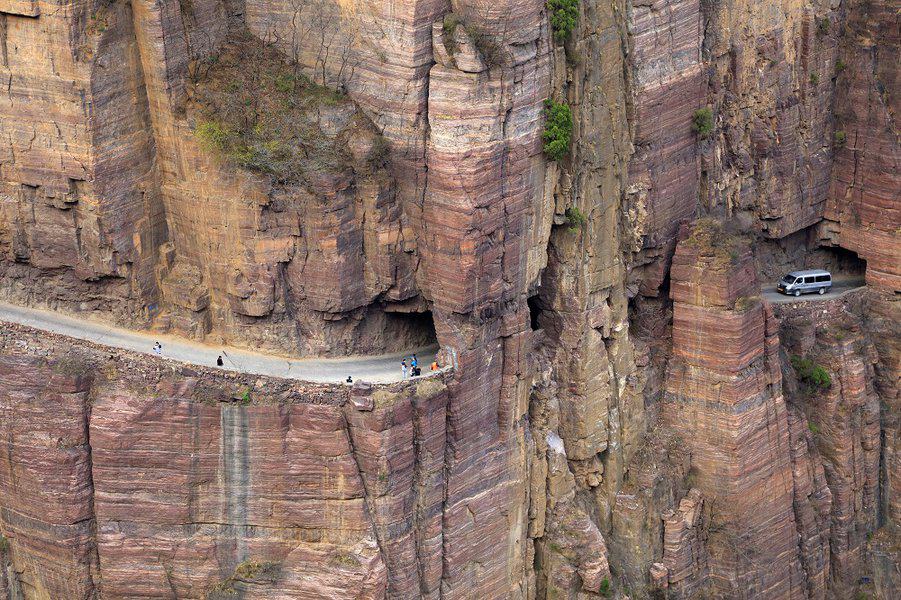 Carved out of the Taihang Mountains, the road also runs through the mountain. It features various openings, almost like windows. It’s one of the scariest locations in China. Taking roughly five years to build, locals had to use a ladder and a shady path to connect with the rest of the world before its construction. 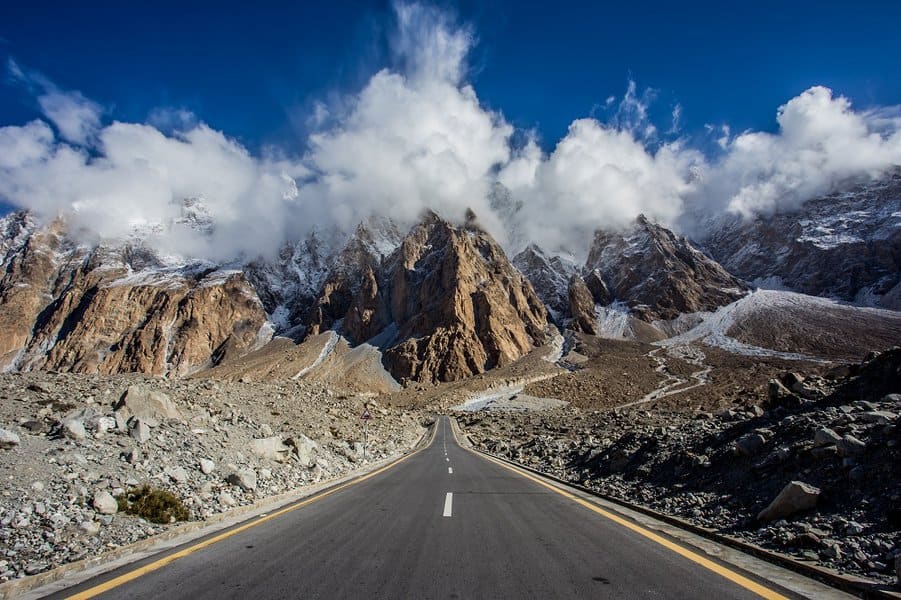 The breathtaking yet incredibly dangerous Karakoram Highway links Pakistan with China. It runs through Kashmir, a disputed area between India and Pakistan. Furthermore, the highway is 15,400 feet above sea level, making it one of the highest paved roads in the world. There are several accidents on the road every year due to weather conditions and altitude sickness.

As the route travels through the mountain region, the weather conditions worsen. Also known as the China-Pakistan Friendship Highway, several workers died during the construction due to landslides, which still occur. It remains the region’s most dangerous site. 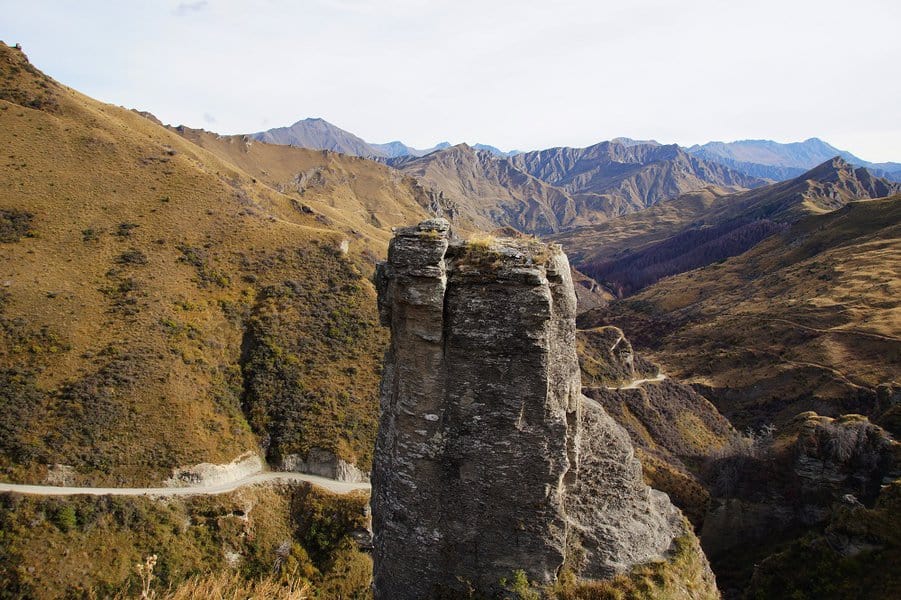 Once the location of New Zealand’s greatest gold rush, Skippers Canyon Road is one of the most dangerous roads in the world. After discovering four ounces of gold in the early 1860s, Skippers Canyon became a hotbed for miners. Initially, there was no road as they mostly rode horseback. It was in the early 1880s that construction on a highway began. Using hand drills and gunpowder, the builders completed it in the 1890s.

It’s now a historic one lane road and tourist attraction in New Zealand. However, going down the road is a risk. Most parts of the road are the same as in 1890. At one point, it was too dangerous for cars and required a permit. Now, cars might have to back up roughly two miles if they run into another vehicle. 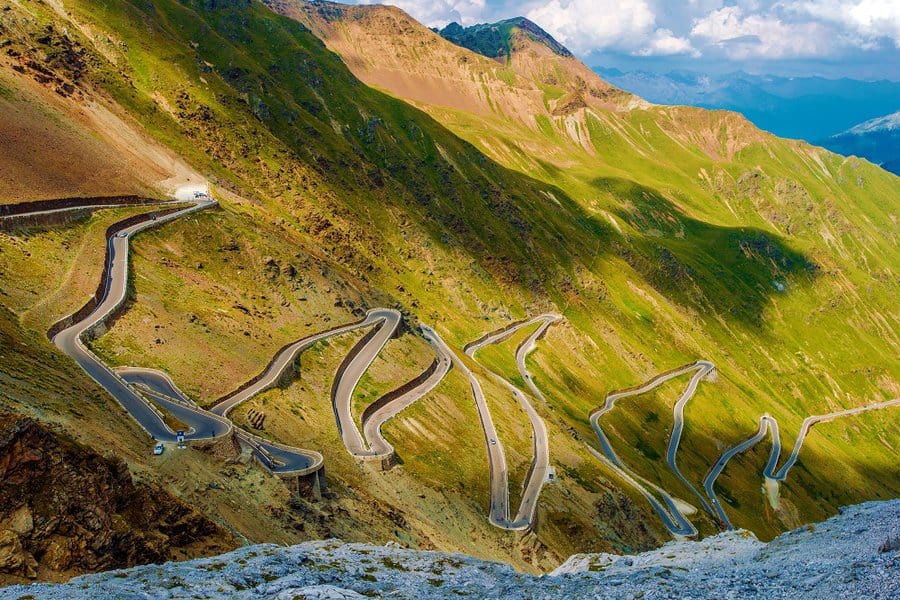 While Stelvio Pass isn’t the scariest road to drive, it’s undoubtedly the most difficult. Motorists often struggle with the seventy-five hairpin turns. Initially built in 1825 by the Austrian Empire, the road was a strategic combat zone during World War I.

Much of the road remains the same, with very few changes since its construction in the 1820s. Additionally, it’s the location for numerous cyclist competitions due to its difficulty maneuvering. Situated near Switzerland, it’s one of Italy’s most famous tourist attractions. 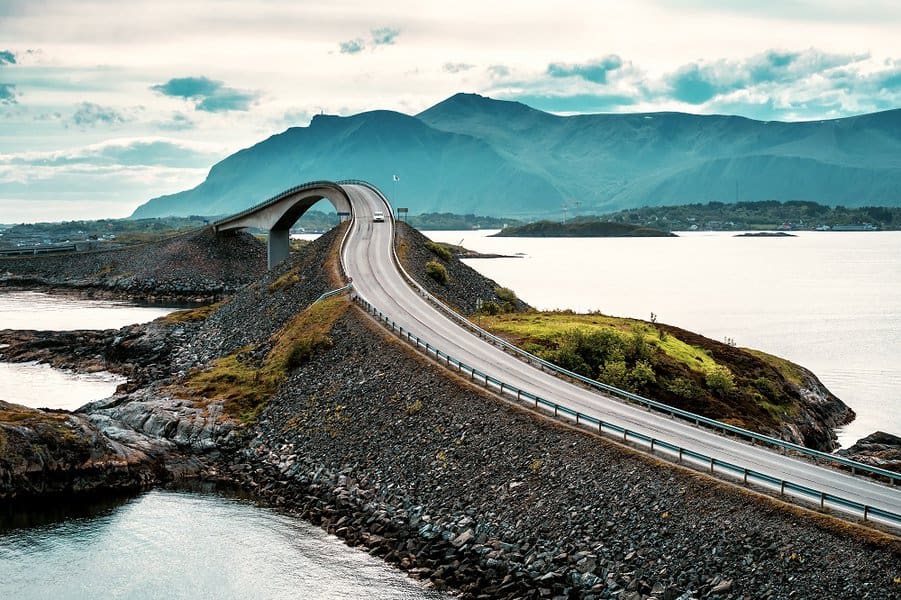 Twisting and turning through Norway, the Atlantic Ocean Road is both a gorgeous tourist attraction and a thrill ride. The impressive route connects several small islands by bridges and causeways. It opened to the public in 1989 and is now a cultural heritage site. The curvy road is full of more twists and turns than a Christopher Nolan flick. Parts also cross the Norwegian Sea with very little protection from the crashing waves.

Furthermore, Norway has a reputation for intense and cold winters. Driving during those months is almost impossible, with next to no visibility. Despite the risks, it’s one of Norway’s most historic locations. 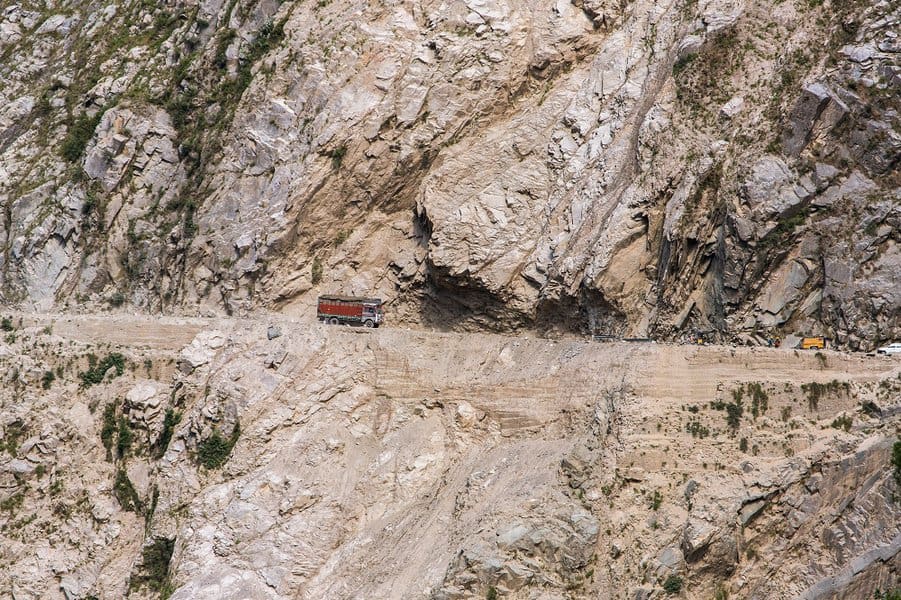 High up in the Himalayas is one of the most awe-inspiring and terrifying roads. Located in Ladakh, India, the Zoji La is a crucial high mountain pass connecting Ladakh to the Kashmir Valley. If that wasn’t scary enough, it’s also the second-highest pass in the world at roughly 11,500 feet.

The weather conditions get so bad that the road is closed during winter. Several companies are employed to clear the route of snow, creating giant walls of ice and snow. Construction on a tunnel already began to bypass the many problems of the Zoji La mountain pass. 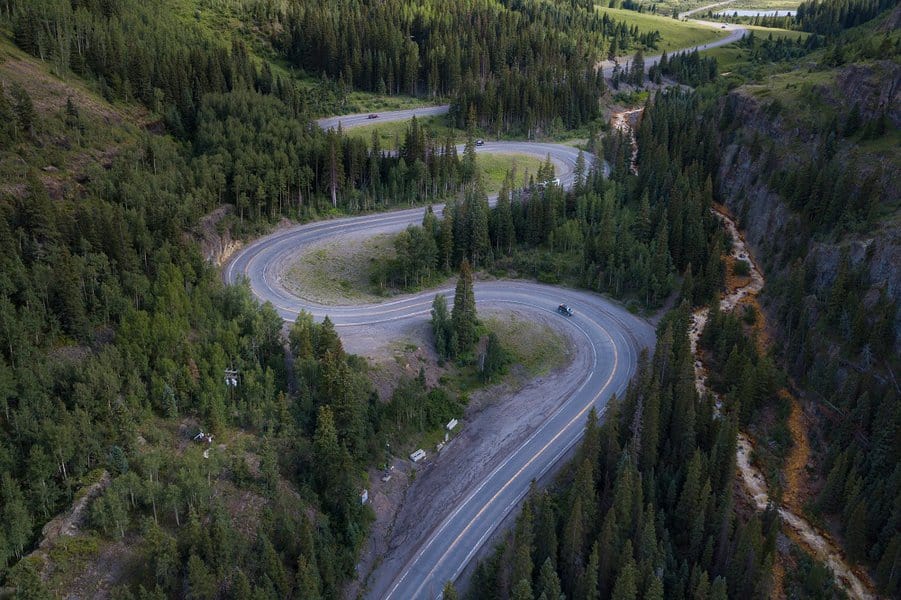 The Million Dollar Highway is a stretch of road on U.S. Route 550 extending from New Mexico to Colorado. The Million Dollar section is a two-lane mountain highway in Colorado full of sharp hairpin turns, heart-pounding bends, and steep cliffs to add excitement. Part of the San Juan Skyway Scenic byway, this 12 miles of road runs through the Uncompahgre Gorge of Red Mountain Pass.

The narrow and curvy road’s high elevation makes the drive challenging. From Silverton to Ouray, drivers heading north cling to the inside curves. However, those traveling south teeter on the side of the mountain. It’s open all year long but closes for snow storms. 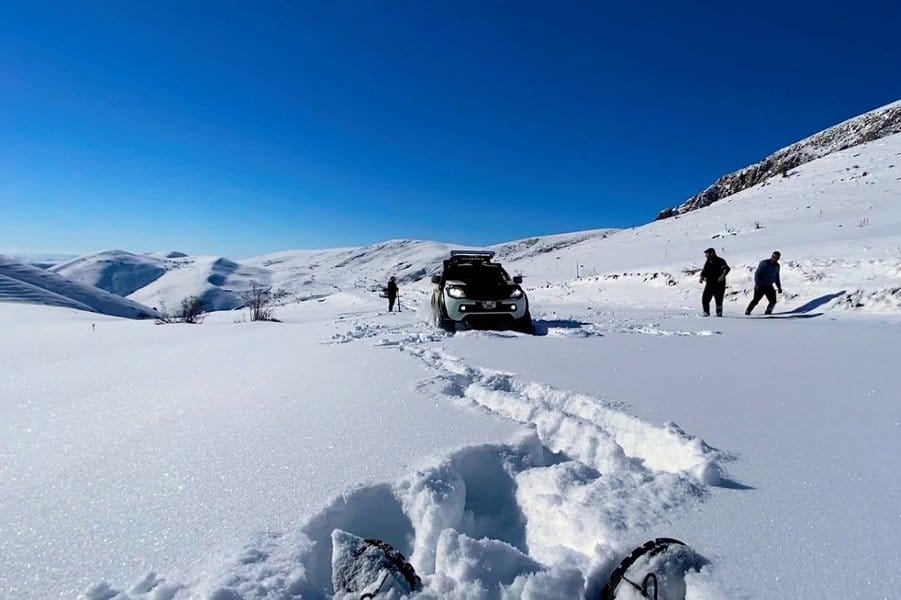 At the boundary of the Black Sea is one of the most death-defying roads constructed. Initially built in 1916 by Russian soldiers, Bayburt-of road is Turkey’s most dangerous route. Most of the narrow gravel road is unpaved with dangerous and sharp turns.

The highlight of the road is called the Derebaşı Turns. Featuring 13 terrifying hairpin turns, this portion of the route jumps from 5,517 feet above sea level to 6,677 feet. The steep climb has a reputation for causing vertigo. 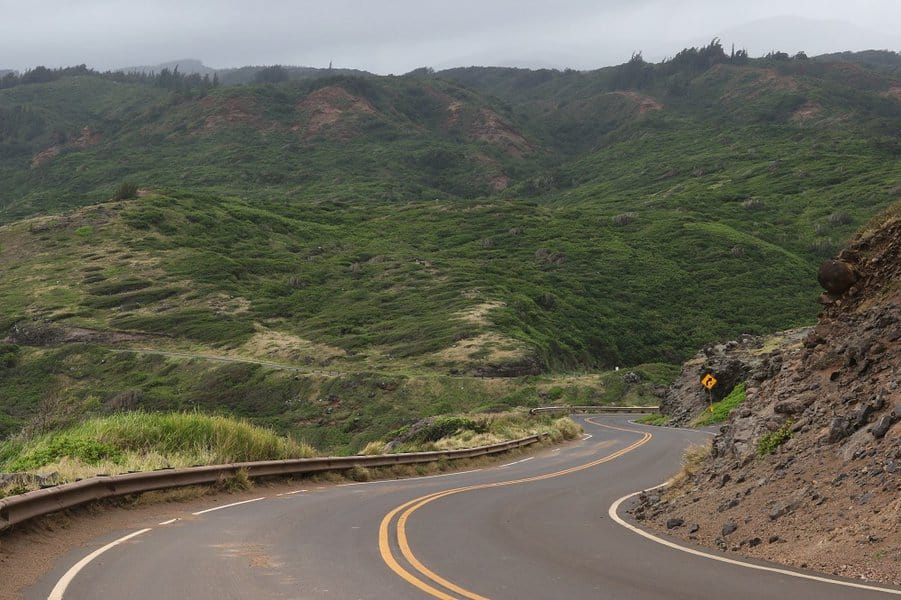 Kahekili Highway is a one lane road that runs through Maui County in Hawaii. The famous unpaved route had a reputation for dangerous road conditions featuring narrow and sharp turns. There are no guardrails, which means one side of the route has incredible scenery while the other side is a steep drop into the ocean. Luckily, the paved road’s conditions have improved over the years.

See more about - 10 Most Dangerous Highways In The US