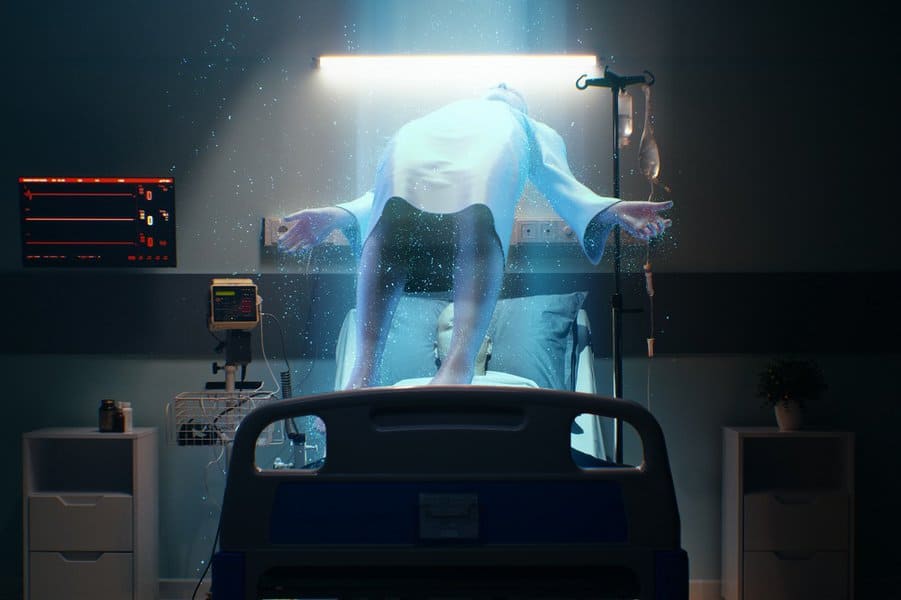 Personal Stories of Life After Death: 9 People Reveal Their Experiences

Depending on your religious beliefs will impact how you feel about life after death. Most Western religions, like Christianity and Catholicism, believe that once you die you will ascend to heaven and spend eternity living in peace and harmony. There is no way of knowing if any of this is true and heaven exists, with the closest proof we have being personal stories of life after death from those who believe they have crossed over.

While skeptics will scoff at people who claim to have died and seen the light before being resurrected, researchers have found that most people who believe they have died and come back experience similar feelings and sensations. The feeling of leaving their body, seeing a white light, and witnessing other spirits are all very common when it comes to those who have crossed over. People like Dr Bruce Greyson, Dr Eben Alexander, and Dr Raymond Moody have dedicated their lives to finding out more about people who have had near death experiences.

Whether you believe them or not, these personal stories of life and death are intriguing and will make you contemplate the afterlife. While some sound outrageous, others have enough plausibility that you might start to wonder just what really happens when you pass. So read on and make up your own mind about life, death, and the afterlife.

Personal Stories of Life After Death: 9 People Reveal Their Experiences

1. “In My Next Moment of Awareness, I Was Standing in Heaven” 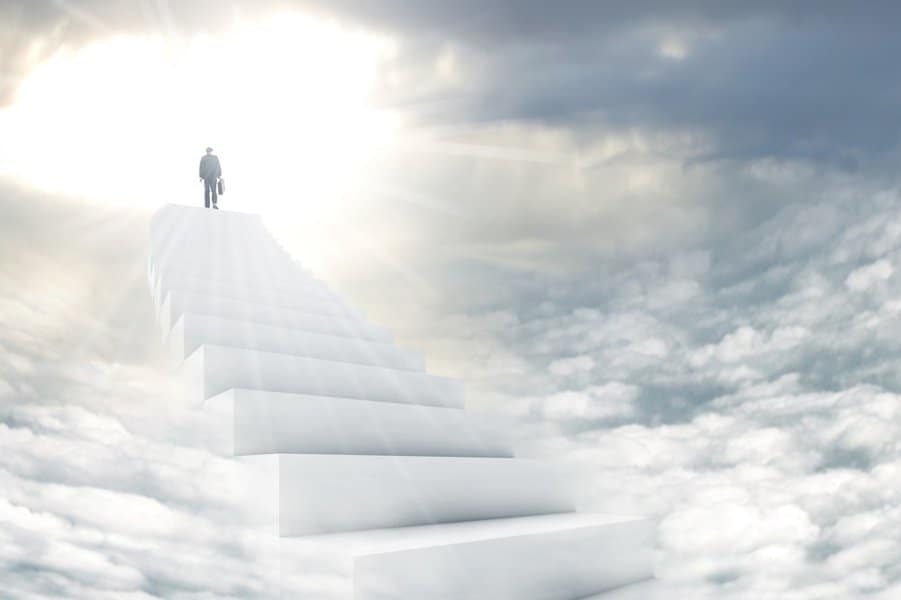 Minister Don Piper was driving home from a conference when he was involved in a head-on collision with an 18-wheeler. The first responders on the scene couldn’t get a pulse and declared Piper dead, which is when he discovered he was in heaven. “In my next moment of awareness, I was standing in heaven,” he shared with Guide Posts. “Joy pulsed through me as I looked around, and at that moment I became aware of a large crowd of people standing in front of an ornate gate. Every person was smiling, shouting, and praising God as they surged toward me.”

While in heaven Piper was reunited with many loved ones who had passed away, including his Grandfather and a classmate who drowned during high school. He also recalls hearing the sound of “the angels’ wings,” which he described as a “beautiful melody with a cadence that seemed never to stop,” although he never encountered Jesus Christ or god.

If that isn’t strange enough, the way Piper came back to life is slightly unnerving. Another pastor who drove past the crash stopped to see if he could help. He was told Piper was dead, but he went over to his body, took his hand, and began singing “What a Friend We Have in Jesus.” Suddenly Piper began signing too and was back with the living. An extraordinary tale you can read more about in his book, 90 Minutes in Heaven. 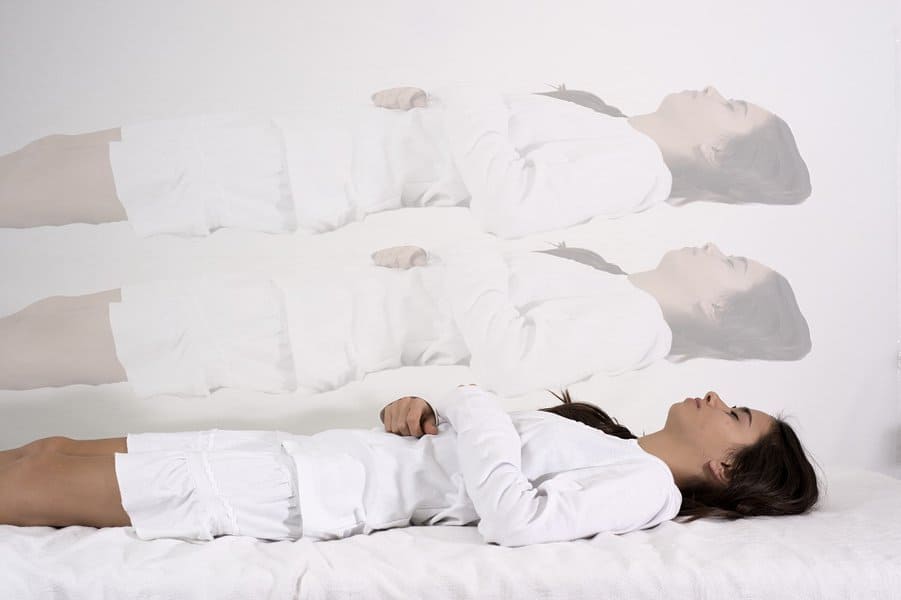 Public speaker Anita Moorjani shared her near death experience with Maria Shriver on Today. Moorjani was diagnosed with lymphoma in 2002 and was battling for her life. She fell into a coma in February 2006, which is when she believes she crossed over. “I felt as though I was above my body,” she said. “It was like I had 360-degree peripheral vision of the whole area around. But not just in the room where my body was in, but beyond the room.”

While in the afterlife, Moorjani says she was reunited with her father who told her to return to the world of the living. “He said that I’ve gone as far as I can, and if I go any further, I won’t be able to turn back,” she said. “But I felt I didn’t want to turn back, because it was so beautiful. It was just incredible, because, for the first time, all the pain had gone. All the discomfort had gone. All the fear was gone. I just felt so incredible. And I felt as though I was enveloped in this feeling of just love. Unconditional love.”

Within days of waking from her coma, Moorjani’s “tumors (had) shrunk by 70%” and she made a miraculous recovery. Moorjani has written all about her true story in her book, Dying To Be Me, where she goes into more detail about her experience and how it helped her heal.

3. “I Felt My Soul or Something Come Right Out of My Body” 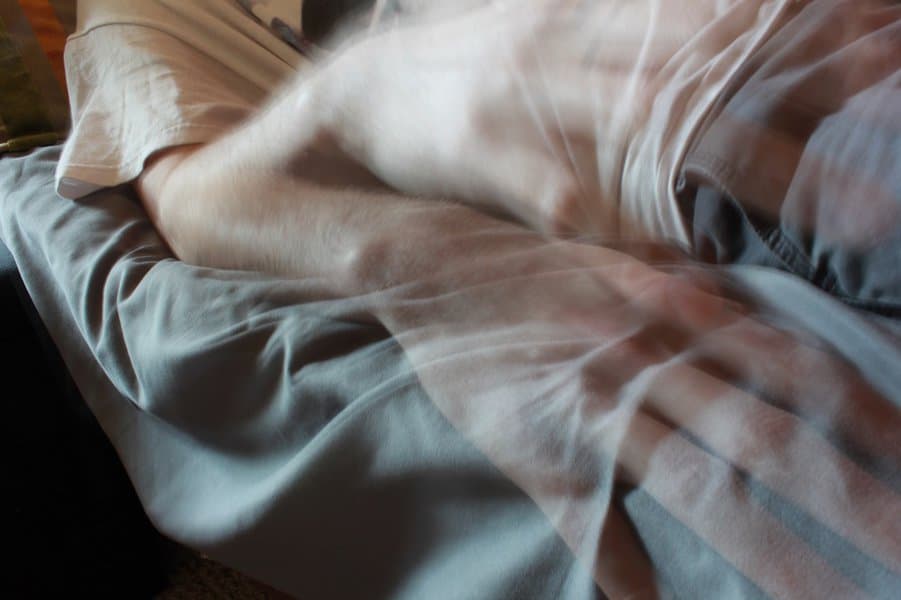 One of the great writers, Ernest Hemingway lived a hard life. He suffered mental health issues and depression and he was left in severe pain after two plane crashes in two days in 1953. He was also said to have experienced the afterlife when he was injured by a mortar bomb during World War I.

There isn’t a lot of information about the incident, but he told a friend, “I felt my soul or something coming right out of my body like you’d pull a silk handkerchief out of a pocket by one corner. It flew around and then came back and went in again and I wasn’t dead anymore.” He certainly had a way with words. 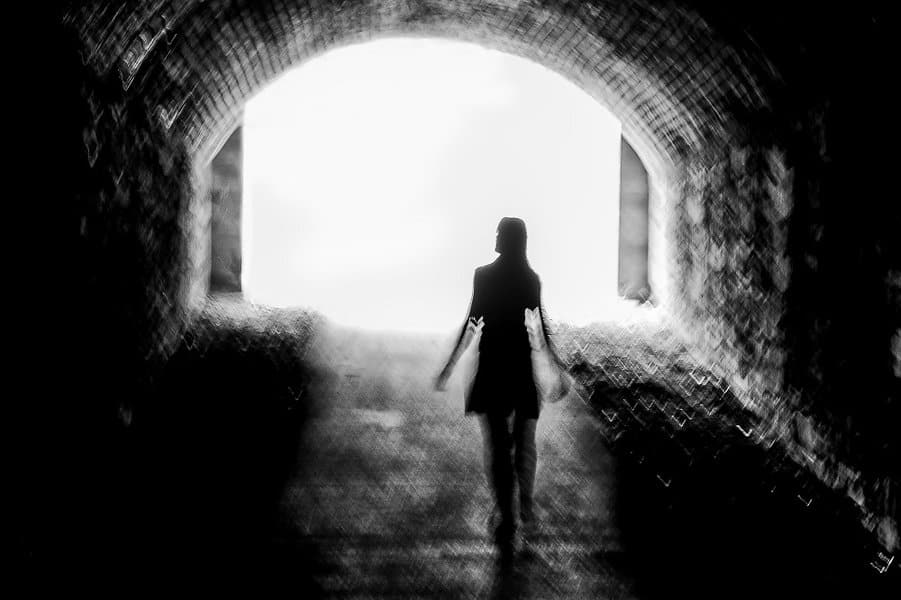 Kayaking through rapids can be a dangerous pastime as Laurie Lambert found out. The Navy technician was on a team-building exercise when she capsized and found herself drowning. As she realized the end was near, she pleaded with god for help and was then sent hurtling through a pure white tunnel. When she arrived at the end of the tunnel she was greeted by three figures made of shimmering crystal. Radiating love, Lambert felt at ease around these giant figures.

“Before you go back, we are going to show you some things,” they said to Lambert and opened a book of moving images for her to view. They showed images of Lambert’s childhood and then images of a man and children, implying that Lambert would live to marry and have kids. She was then pushed back into her body and rescued by her colleagues.

5. “This Is the Most Glorious Feeling I’ve Ever Had” 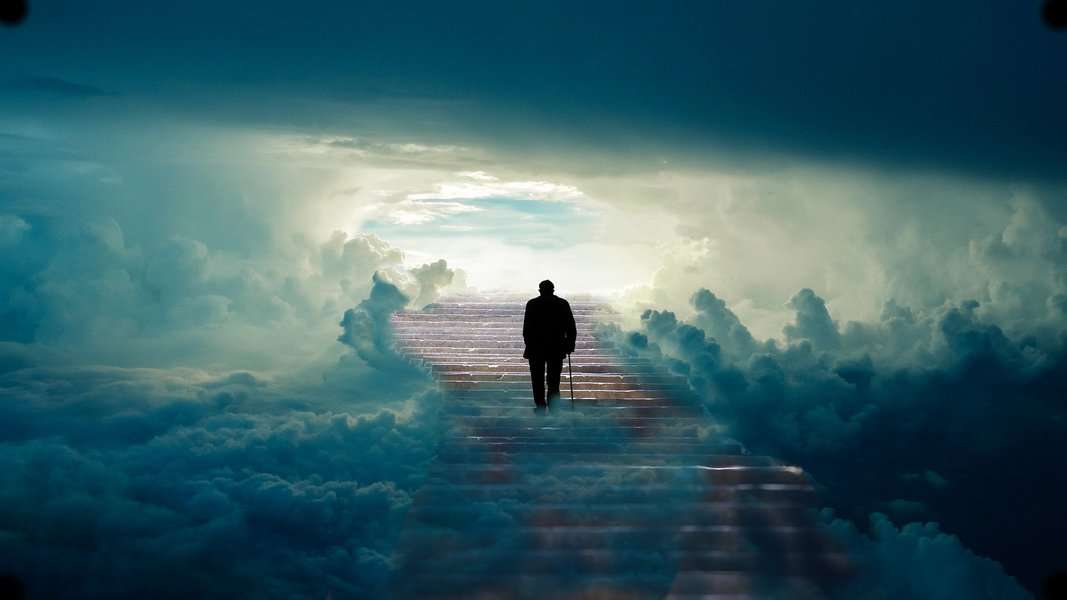 Orthopedic surgeon Tony Cicoria got the shock of his life in 1994 when he was struck by lightning while chatting with his mom. In a YouTube video posted by WSKG Public Media, Cicoria explains how he was flung backward and then forwards. He then claims to have turned around and seen his own body lying on the ground, exclaiming to himself, “I’m dead.” But it doesn’t end there.

Cicoria watched a woman perform CPR on him before he began floating up stairs where he saw his kids getting their faces painted, whatever means. “Then I was surrounded by a bluish-white light… an enormous feeling of well-being and peace,” he told the New Yorker. “The highest and lowest points of my life raced by me. I had the perception of accelerating, being drawn up… There was speed and direction. Then, as I was saying to myself, ‘This is the most glorious feeling I have ever had’ – slam! I was back.”

6. “I Have Plans You Need To Fulfill”

It’s not just adults who go through near-death experiences. Annabel Beam went through a life-changing ordeal at age eight. Diagnosed with a chronic digestive disorder at four, by the time she was eight she was ready to leave this world after years of pain and suffering. That’s when something truly remarkable happened.

Beam was sitting on a tree branch 30 feet in the air when it snapped. She hit her head three times on the fall down and claims she died when she hit the ground. She then found herself in heaven. “It was really bright, and I sat on Jesus’ lap and he told me, ‘Whenever the firefighters get you out, there will be nothing wrong with you,’” Annabel recalled in an interview with Today.  “And I asked him if I could stay and he said, ‘No, I have plans you need to fulfill on Earth that you cannot fulfill in heaven.’”

After she woke and told her parents what happened, her illness suddenly started to heal. She is now symptom-free and living a normal life like other children her age. Annabel’s mom has even turned her story into a book, Miracles From Heaven, which has been adapted for the big screen in a movie starring Jennifer Garner and Martin Henderson.

7. “I Felt Like I Was Part of Everything and Everyone.” 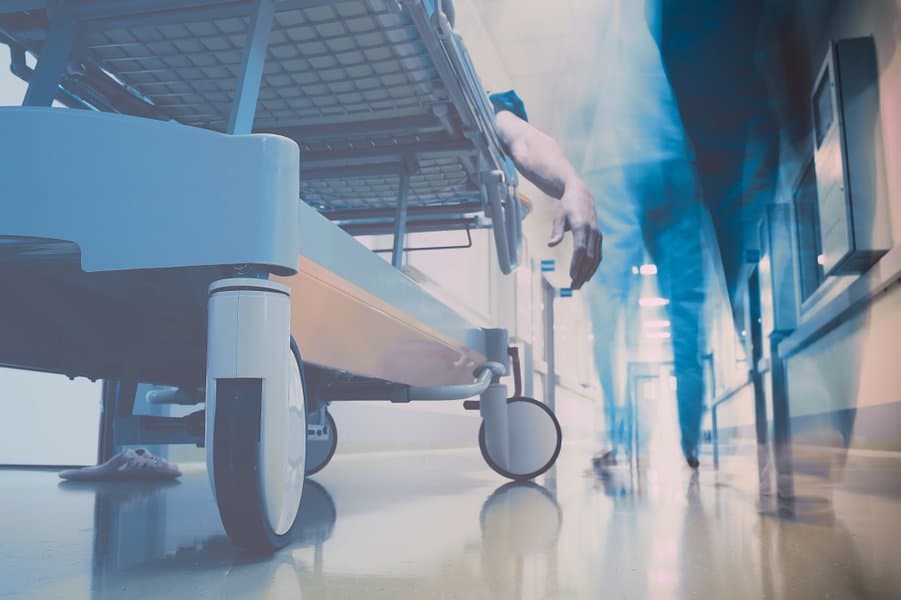 If you ever have a near-death experience and aren’t sure who to tell, hit up the Near-Death Experience Research Foundation (NDERF). They look into people’s experience with the afterlife and conduct near death studies, like this one about a woman who claims to have crossed over at the age of four.

Suffering from a fever and vomiting, the girl was taken to the hospital by her mother, and as doctors and nurses attended to her, she closed her eyes to sleep. When she opened them she was hovering above her physical body looking down as people tried to save her.

“I wasn’t upset or scared. But, I was a little confused,” she told NDERF. “I knew I didn’t have a body. I felt like I was part of everything and everyone. I just floated up and could see other rooms. I later detailed conversations that there is no way I could have known. I lifted out of the hospital and continued ascending. I began browsing through time. I saw events from my short life. I later detailed things that occurred before I could even talk. These were events I should not be able to remember but I do and in great detail.

As I kept ascending, I felt at peace. There were no questions or unknowns. Time wrapped in on itself. There was no past, present, or future as we see it here. Everything happened now and all at one time. I felt no fears or worries. I began drifting towards a beautiful light and I wanted to touch it.” Then just like that, she was yanked back to reality and woke up. She quickly recovered from her illness and had a new lease on life.

8. “All the Promises of God Are True” 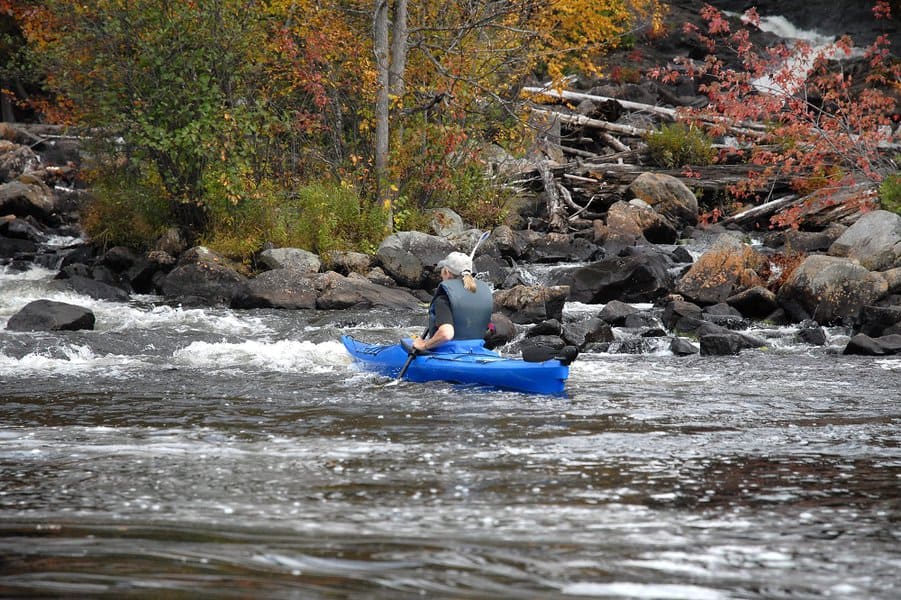 Dr Mary C Neal is another person who had a near death experience while kayaking. She was involved in an accident in 1999 and drowned. She was said to be dead for almost 30 minutes, during which time Neal claims she ascended to heaven and met with god.

“That’s something that before this experience I struggled with,” she explained about her after death event. “I didn’t spend much time thinking about it. Even though I would have claimed to be a Christian before this experience, I never understood how that would happen because there are billions of us on the planet and it’s so hard for us to love even the guy down the street we don’t like, agree with or look like. It’s so hard for us. Can it be true that God knows us all intimately? But it is true! All the promises of God are true!”

Neal has had several more spiritual experiences with the after life which she documented in her book, To Heaven and Back. 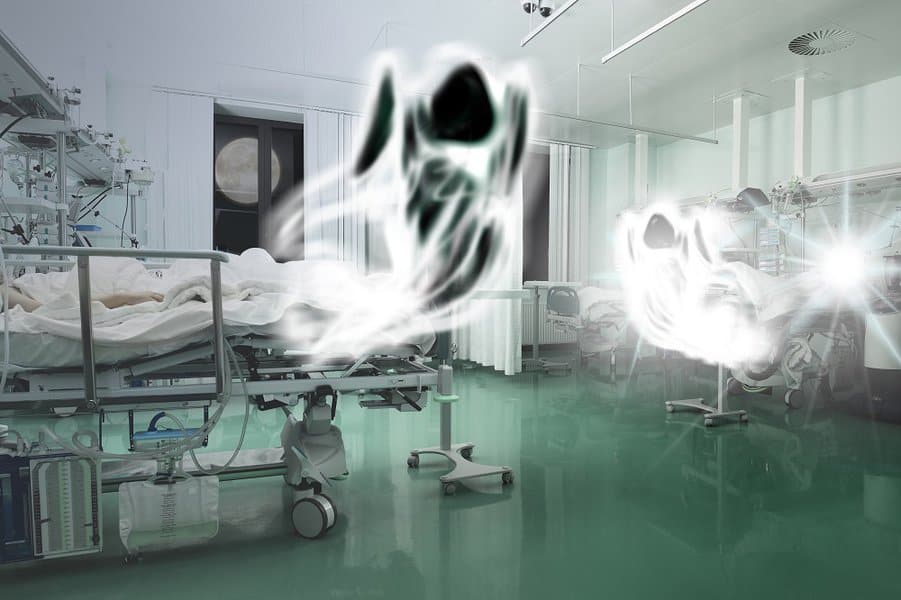 Mike Olsen was undergoing a double lung transplant when his surgeon accidentally released a clamp too early, causing him to bleed out. It was at this moment that Olsen realized he was conscious and floating above his body on the operating table. Transported to a room of blinding white light that stretched on endlessly, Olsen said he felt only “pure peace and joy.”

It was then that god appeared before him with the organ donner who had saved his life, with Olsen able to thank him for what he did. After agreeing to take the lungs as his second chance, Olsen was sent back to earth. He spent ten days in a coma before finally waking and making a full recovery.