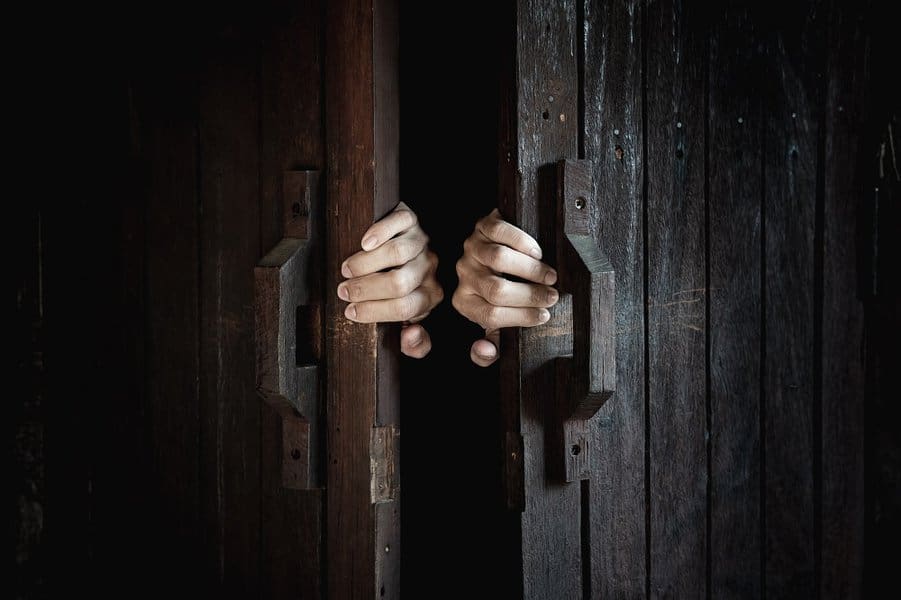 Escape rooms are all the rage these days. They are a fun experience you can share with your mates that usually involves being locked in a room and trying to solve a bunch of puzzles from the few clues you are given to discover a way out.

Escape rooms have been popping up all over the world over the past 15 years, with many being based around a certain theme. These range from murder mysteries to science fiction adventures, with horror story-themed experiences some of the scariest escape rooms ever created. But where did it all start? 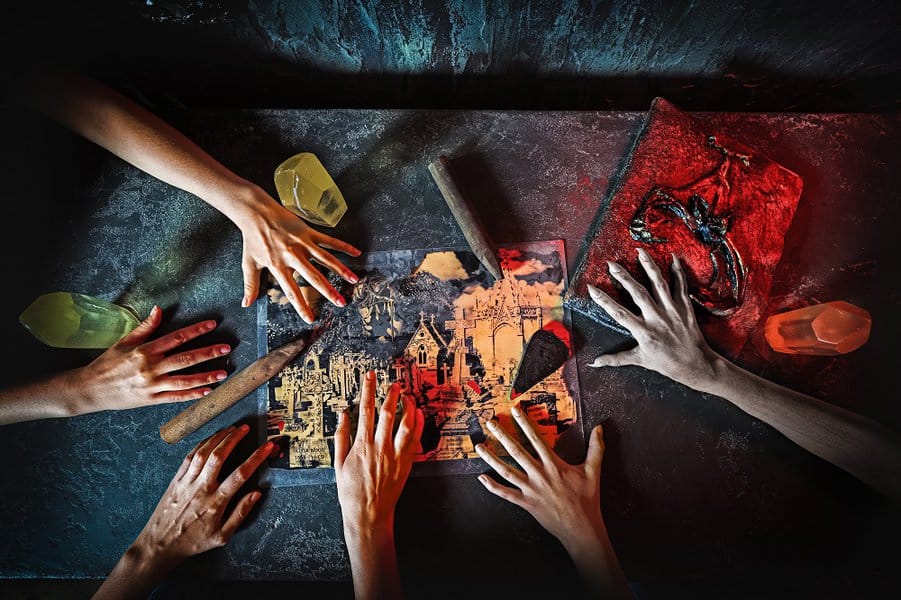 The original idea for the escape room came from a 2004 video game called Crimson Rush. The game is very similar to modern-day escape rooms, with your character trapped in a crimson-colored room and needing to solve various puzzles to escape. In 2007 this concept was then taken by creator Takao Kato, who worked for a company known s SCRAP in Japan, and turned into a real-life game where people were trapped in a room and had to solve difficult puzzles to escape.

Word soon spread about the idea and escape rooms started to appear across the world, with Hungary being one of the first western countries to have its own escape room. According to Buy Escape Rooms, there are over 5,000 active escape rooms in the world. These can be found in 1,035 cities in 88 different countries, which is all the proof you need to show people love a good escape room. When it comes to the best and most visited escape rooms, it’s the horror genre that rules supreme.

Humans love to be scared. Watching a scary movie or reading a horror novel are great ways to spook yourself, but after a while, you want to feel something more life-like. This is where horror-themed escape rooms come in. These are a great way to scare the shit out of yourself without having to worry about actually being chased by a serial killer or a horde of zombies.

There are hundreds of thrilling horror escape rooms that range from traditional haunted houses to zombie-infested cities and just about every other horror genre you can think of. These immersive horror experiences are often so life-like that many have health and safety warnings and sometimes even require you to sign a waiver.

So if shitting your pants while being hunted by the boogeyman or trying to escape a locked room you’re sharing with a serial killer cannibal sounds like your ideal night out, then check out these terrifying American escape rooms. Hopefully, you’ll make it out alive.

When talking about the scariest escape rooms, The Basement is almost universally loved by both horror and escape room enthusiasts. The horror escape room puts you and your friends (up to eight) in the basement of cannibal serial killer Edward Tandy. The sick and twisted killer has turned his mother’s house into a terrifying maze with a series of challenging puzzles that need to be solved so you can escape before Tandy gets hungry.

The Basement is not for the faint-hearted and has a 4-star difficulty rating and 4-star intensity rating. What adds to the terror is a live actor playing Tandy who appears throughout the game, adding an extra layer of tension. With just 45 minutes to solve the mystery, you need to be focused and ready to go, otherwise, you might end up as dinner.

Although you won’t have to worry about any live actors scaring the shit out of you, The Hex Room is still a frightening escape room experience. Created by Cross Roads Escape Games, this inventive game puts you in the middle of a horror movie.

At the beginning of the game, you will be given a stereotypical horror character – the Nerd, the Virgin, the Jock, the Rebel, the Prom Queen, or the Detective – before being divided into separate rooms. You must then work together on not only escaping your room but the entire haunted house.

The Hex Room isn’t for first-timers, with just a 20% escape rate and a 5% survival rate. Each room is different so everybody who plays will have a unique experience. Although recommended for adults, those under 18 can also play but their parents are required to sign a waiver, which shows how horrifying this escape room is.

This scary escape room takes place in the old abandoned Avery island asylum where it’s believed over 7,000 people perished. Originally built as a tuberculosis hospital in 1913, the asylum soon became home to the mentally unstable. The introduction of Doctor Victor Delacroix is when things started to get strange, with reports of patients being experimented on.

It all came to a head in 1931 when Delacroix was murdered by several patients and the facility shut down. When your reporter friend Jenny goes missing in the asylum, you and your friends attempt to infiltrate the asylum and find her, which is when the real horror begins.

The Asylum has a great balance of scares and fun with thought-proving puzzles that will test your limits. Aimed at groups of between four and eight with a fear factor level of extreme, you are sure to find yourself on edge throughout this escape room. And if you complete this room and haven’t been scared enough, there are seven more escape rooms available to try, including The Collector, where you have to escape from the clutches of an evil killer who has kidnapped you. Based in Florida, Intense Escape has a series of escape rooms on offer, with Unholy being the pick of the bunch, especially for horror fans. You are hired by the United States Embassy to search for a pastor who was last seen at an abandoned apothecary. He was there checking out strange noises when he disappeared. The U.S.E. believes a Satanic cult is involved and it’s up to you to find out what is really going on.

Fans of the supernatural and religious-themed horror movies will be all over this experience. It has both a high difficulty level and intensity level, with Intense Escape warning players to “Grab your crucifix, Bible, and Holy water, you will need to perform an exorcism to escape before the cult returns!”

Experience Alfred Hitchcock’s classic Psycho in the flesh with this immersive escape room experience. But unlike the movie, there is no shower scene in Bates Manor. Instead, you are thrust into Bates Manor, a Victorian mansion where you must navigate four rooms looking for the millions in cash and gold Mr. Bates has stashed in his safe.

With Mr. Bates out for a few hours, you and your burglar pals have a short window to find the loot and escape. But you’ll want to be quick as Mr. Bates can return at any moment and you might soon find yourself the next victim of Bates Manor. 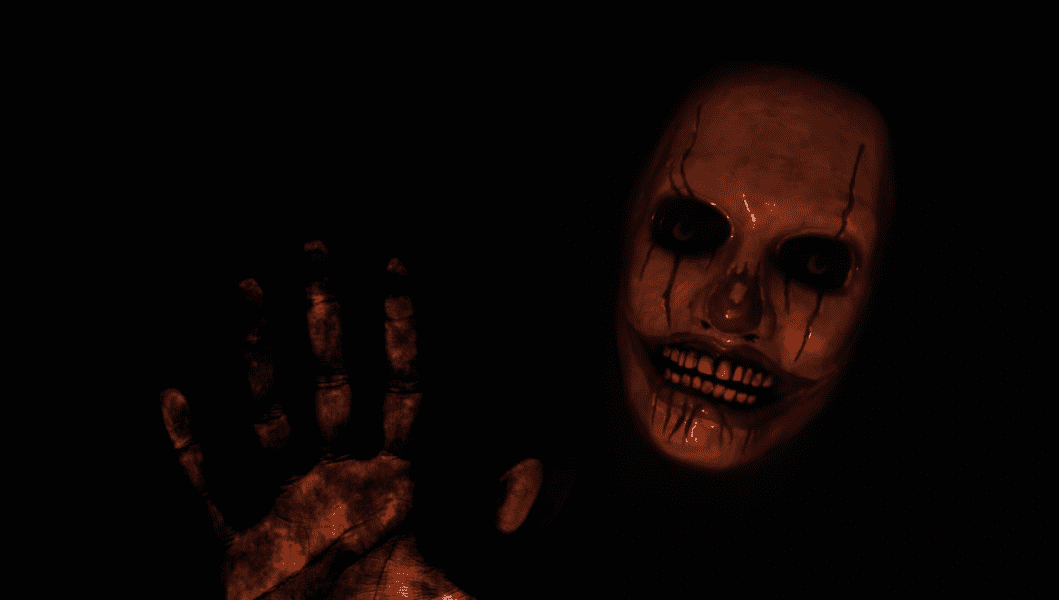 Ok, so this escape room is located in Canada but it is too scary not to add to his list. Your group is traveling to the country for a short vacation when your car breaks down. The good news is you stumble upon an old motel nearby. The bad news is there is nobody there to greet you, and once inside, the doors lock, trapping you.

You must then navigate several hotel rooms as you look for an escape, unsure of what is going to greet you with every step you take. This escape room is aimed at adults as it contains a high level of intensity and is often played in complete darkness, so those who are afraid of the dark might want to give this experience a miss.

Last Resort is the latest in the Escape Games collection of escape rooms that promises thrills and spills for between four and eight players.

Fan of the Saw movies? Ever wondered how you would do when faced with one of Jigsaw’s evil creations? Then this is the escape room for you.

Currently located in Las Vegas, this multi-room experience is based on the Saw films and involves you and a group of friends taking an after-hours tour of the Egan & Co. Meat Packing plant. But it turns out to be a ruse and you find yourself in the middle of one of Jigsaw’s games and having to use all your wits to escape.

One of the largest escape rooms in the world, the Saw Escape Room will titillate horror fans and have your heart racing. There are six rooms that take inspiration from the Saw movies along with a special cameo from Jigsaw himself, Tobin Bell, who narrates the videos and audio recordings throughout the game.

Trap Door Escape has several locations throughout Pennsylvania running a variety of different escape rooms. Our pick for the scariest is the Fear the Boogeyman escape room. This is one you can do solo or with as many people as you like.

You are a paranormal investigator who is trying to locate a missing child when you discover they have been taken by the Boogeyman. Not only that, but he is in the room with you as you try and solve several riddles and find the child before the Boogeyman gets you.

Make sure you have a good ticker before trying this room, with jump scares all part of the fun. This is a 17+ experience that should take you one hour to complete unless the Boogeyman gets you and you become trapped forever! Don’t be put off by the simple name. Zoe is one of the more complex escape rooms on this list. It’s also not just one room but an entire haunted house. Summoned to a creepy house by a girl named Zoe you keep seeing in your dreams, you quickly find yourself trapped and unable to escape.

Not only does this escape room feature tricky puzzles but there are several live actors who will join you throughout and are sure to send a few shivers down the spine. There’s nothing like trying to solve a problem and having someone jump out at you from nowhere.

Spooky Room 479 is set in a dorm room that has been locked up for many years. Nobody is quite sure what happened there, but there are stories of murder and dark spirits, and if you walk by you can sometimes hear whispering or screams. The game puts you in room 479 where you must not only try and escape but also solve the mystery of what happened in room 479.

This escape room is for the pros only, with a high difficulty rating and an escape rate of just 25%. This fear-inducing game is both challenging and unsettling and makes for a great experience with friends.