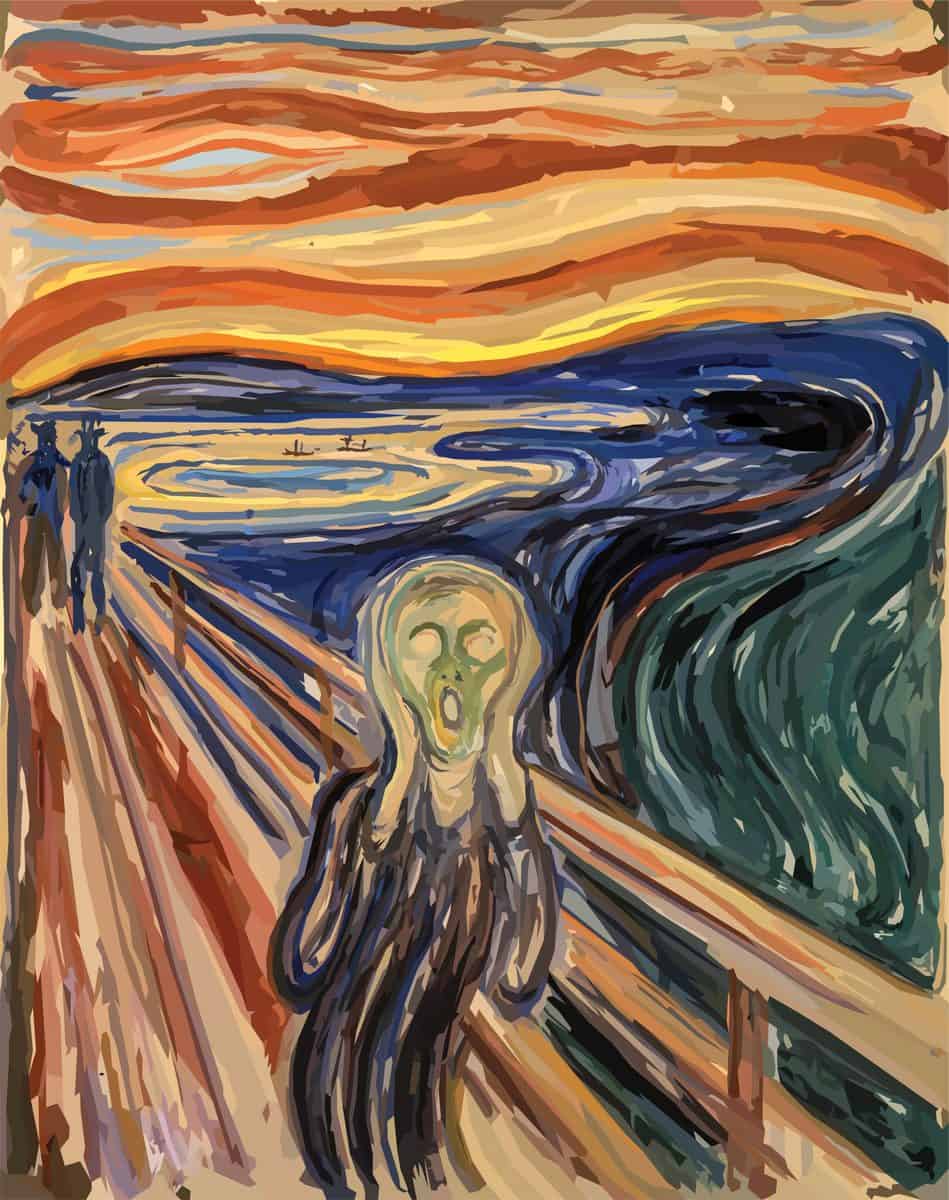 Schizophrenia is a mental disorder that impacts more people than you might think. According to recent studies by the World Health Organization, “schizophrenia affects approximately 24 million people or 1 in 300 people (0.32%) worldwide.” The mental illness causes psychosis that influences the way sufferers perceive reality. It can cause people to have delusions and hallucinations and makes a person act erratically. Sufferers come across as agitated and can become emotionally unstable at the drop of a hat. Acting violently is also a common side effect, with people also known to ramble on about strange occurrences and write down the things they see and hear. Schizophrenia drawings are also another way people with the disorder express their thoughts, with sufferers encouraged to do this as a form of therapy.

Unfortunately, there is a stigma associated with people who have schizophrenia. Many are shunned by society and looked down upon. The World Health Organization believes only 31.3% of people with schizophrenia are being treated, which is concerning. Many people are neglected by the healthcare system and forced to try and live without any assistance.

As mentioned above, one of the ways many people with schizophrenia express themselves is through art. Drawing and painting pictures is a way for them to channel their feelings and emotions. Kate Fenner is a young woman who suffers from schizophrenia and in an article she wrote for Bored Panda, she explained how art helps her deal with schizophrenia.

Diagnosed with mental illness at age 17, Fenner wrote: “I draw a lot of my hallucinations as drawing helps me deal with it.” You can check out her drawings on Instagram, a place where many fellow sufferers share their artwork.

Fenner is one of many people who use art to express themselves. While many of these drawings and paintings are quite surreal and weird, they offer an insight into the minds of people suffering from schizophrenia. She believes people with mental illness are negatively portrayed by the media and her opening up and sharing her art is a way to change people’s perceptions.

“I understand the risks of being public about hallucinating bugs and voices, but I’m willing to take those risks in an attempt to normalize mental illness (by making it acceptable to talk about and inspiring people to seek help if they need it) and to educate people,” she said in an interview with The Huffington Post. “I hope my art will speak to those who feel lonely and lost.”

In order to understand Fenner and other people suffering from schizophrenia, we have collected a bunch of drawings and paintings from sufferers that illustrate their thoughts and feelings. Many famous artists suffered from mental illness and created some of the most famous pieces of art the world has ever seen.

Although never officially diagnosed with schizophrenia, it’s believed the Norwegian painter Edvard Munch suffered from the disorder. He dealt with mental illness throughout his life and was often anxious and depressed. This led to him having a mental breakdown in 1908 when he began having hallucinations.

One of his most famous artworks, The Scream, is a painting many believe shows the anxiety of the human condition. 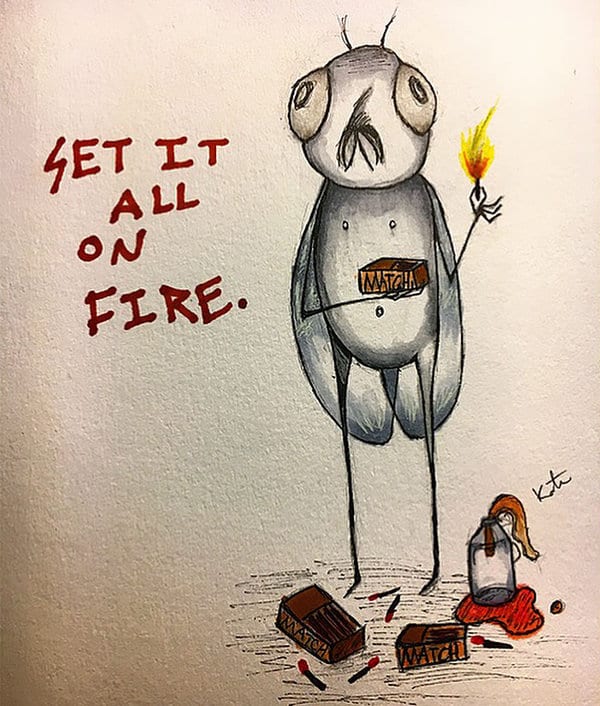 This drawing is by Kate Fenner. She often draws bugs and insects that she sees. This is one of her early artworks. Talking about the drawing she said, “I have a lot of intense emotions, and hear voices telling me to light things on fire.” 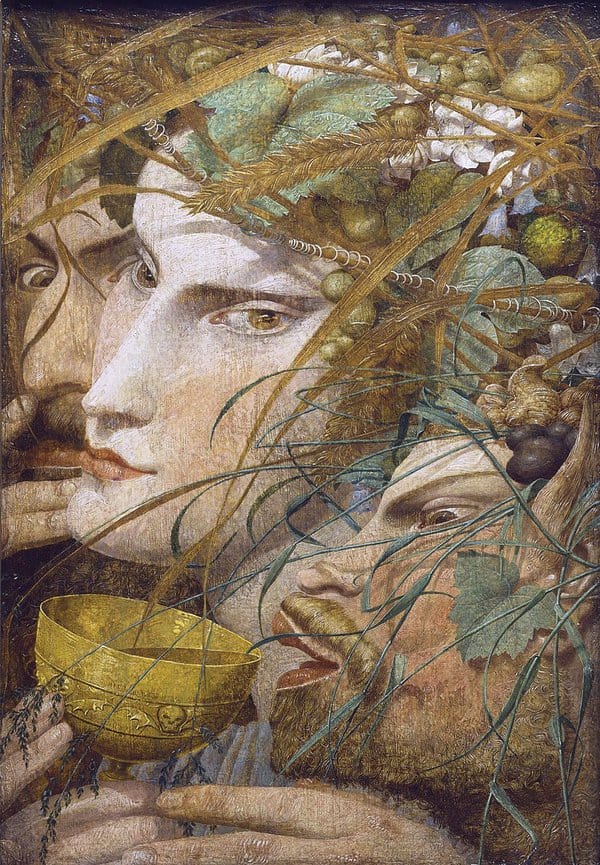 Similar to Edvard Munch, Richard Dadd wasn’t diagnosed with schizophrenia but was assumed to have suffered from the disorder as two of his siblings had the condition. He was committed to a mental institution in his mid-20s after killing his father, who he believed was the devil. He spent the rest of his life in several facilities where he would draw and paint, with the Bacchanalian Scene one of his more well-known creations. 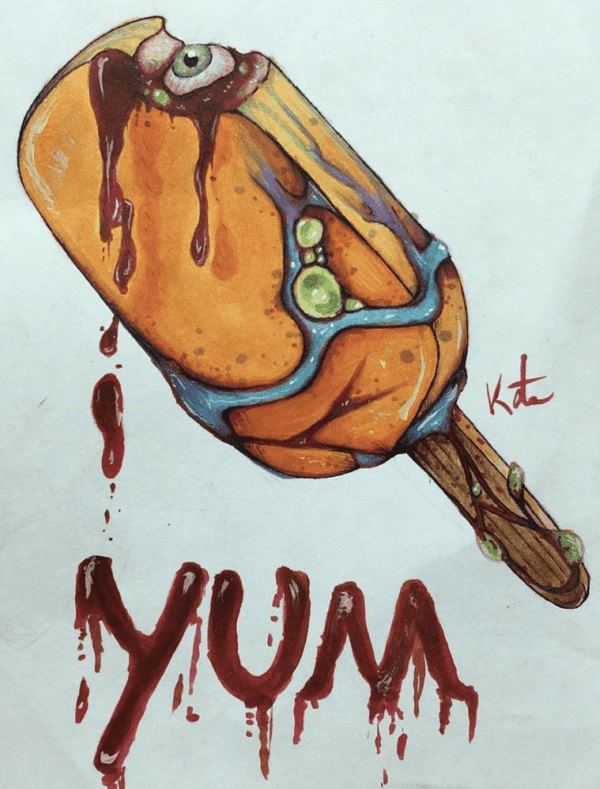 Here is another interesting drawing by Kate Fenner. It’s a popsicle that also contains an eye and blood dripping from inside. Yum. 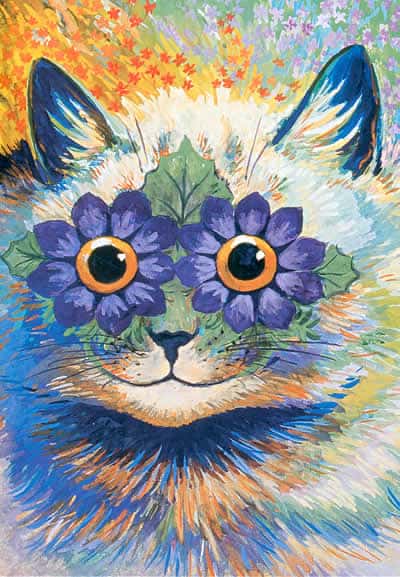 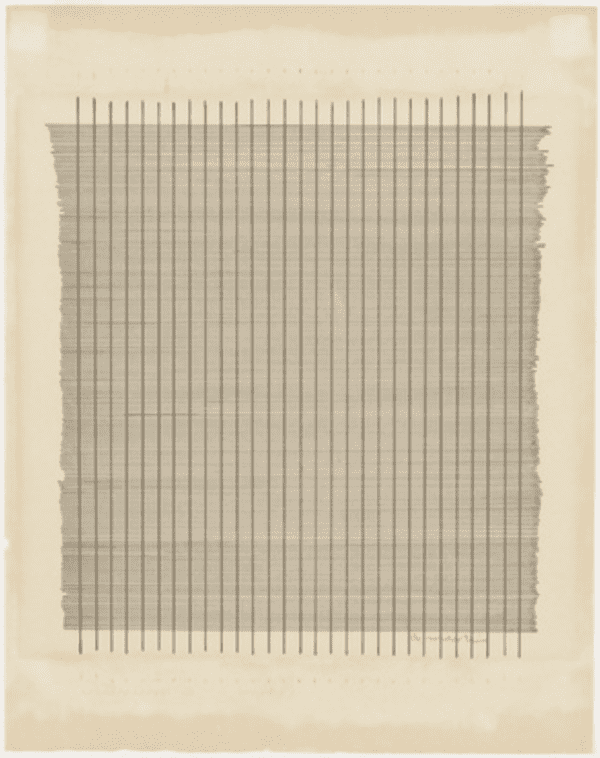 One of the leaders of the Abstract Expressionism movement, Anges Martin is a much-celebrated artist. Although she suffered from schizophrenia, she managed to keep her illness under control and lived to the ripe old age of 92. She kept quiet about her disorder so nobody is quite sure how badly it impacted Martin throughout her life, but it didn’t stop her from creating some remarkable artworks. This interesting piece of art was created by a woman named Karen Blair while she was in the hospital in 1929 suffering from schizophrenia. 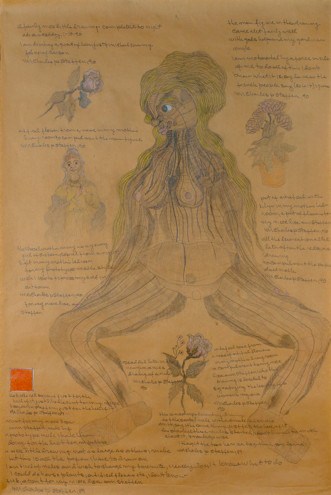 Charles Steffen suffered from mental health problems for much of his life. He used brown paper and colored pencils to create the majority of his artworks. Dedicating her life to making oil paintings, Karen Sorensen talks all about her condition with Mental Spaghetti. She reveals that “Paradise was created on a high dose of antipsychotic medication.” 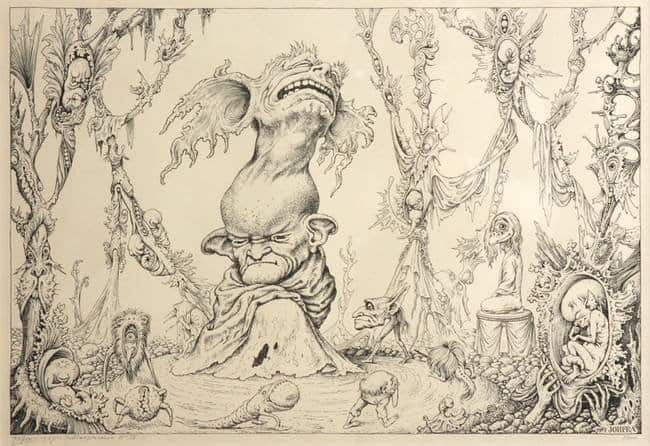 This is a weird and wonderful piece from Johfra Draak believed to have been drawn in the 60s.