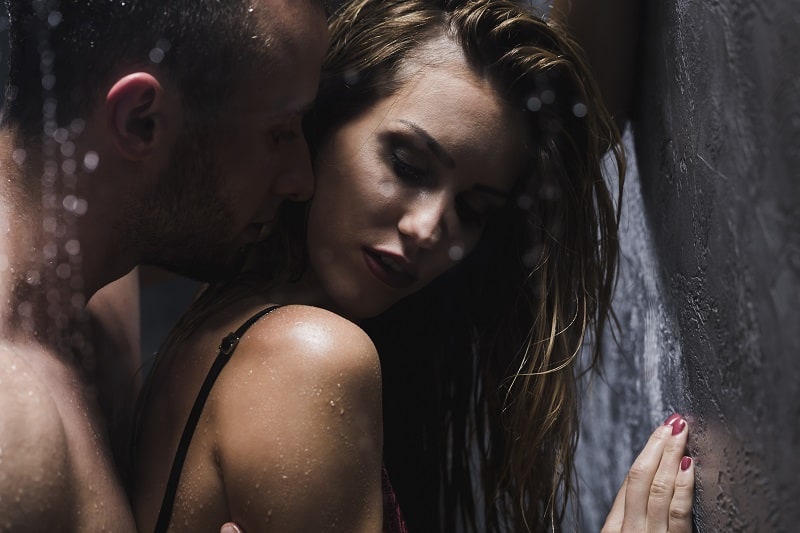 Believe it or not, there’s actually a right and wrong way to have a one-night stand. Not everyone is at a place in their lives where a relationship suits them, and you shouldn’t feel bad about it. If a night of fun is what you’re after, don’t let anyone make you feel guilty for it. Men are constantly hammered for wanting a one-night stand when in reality, there are women who are just as up for it.

But there are certain unspoken rules when it comes to a one-night stand that you should know and follow before doing the dirty, so you can both enjoy the night together and walk away feeling good about yourselves and sexually satisfied. And Dr. Gilda Carle, Relationship Expert, and Author of I’m Worth Loving! Here’s Why, tells us exactly how to with her do’s and don’ts of a one-night stand. 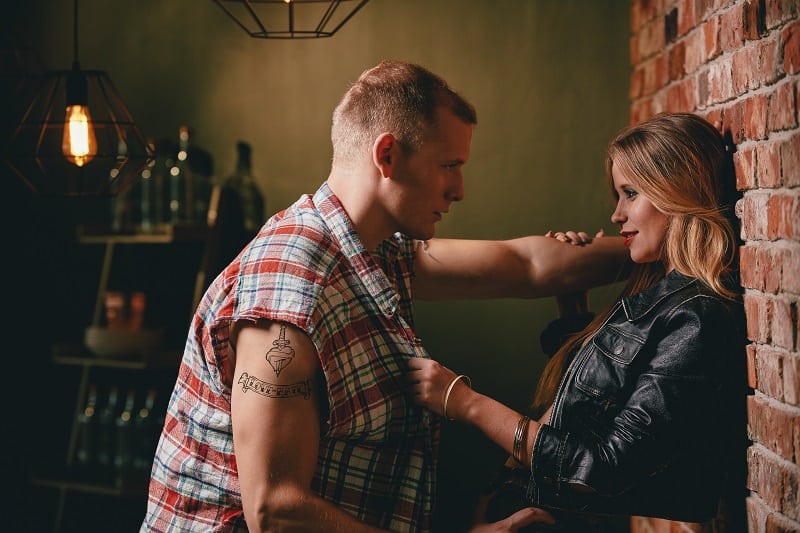 1. “Do jump in the sack if you’re sexually charged at the moment and you don’t expect anything more to come of this liaison. Ever,” says Dr. Carle. Many people jump into bed thinking it’ll lead to something more now you’ve skipped to the most intimate part, but this isn’t the right mindset to have. Having sex doesn’t guarantee any sort of relationship as the amount of intimacy that can be felt is super limited if you only met that night.

Occasionally people have developed deep, meaningful relationships from a one-night stand, but they didn’t go into the bedroom thinking this would happen. Neither of you should go into a one-night stand as an exchange for anything but equal pleasure. Dr. Carle recommends taking the title “One Night Stand” literally, and accept your lover’s goodbye as the gospel when you two part ways. No tears, no regrets. Just close the chapter and move on.

2. Do take advantage of this opportunity to feel better about yourself after a breakup, advises Dr. Carle. Sex with a stranger can be exactly what you need to get your confidence back. After a breakup, one of the most common thoughts people have is “will I ever be desired again?” – sad, but true.

One of Dr. Carle’s clients had just broken up with his fiancé of two years. And “like most people after a breakup, his self-confidence was shaky as he wondered if he’d ever love again. His friends urged him to get out, but his heart wasn’t in it. But at the supermarket one evening, he began talking with a woman who had also just had a breakup. They landed under his sheets, and each felt relieved that they were desirable. Then it was over,” which is exactly how a one-night stand should be.

You should make each other feel good, emotionally and sexually. Not with heartfelt compliments, as you’ve just met and there’s probably not a lot you know about them, but by saying things that make them feel wanted such as “I love what you’re doing right now” or “you look so sexy.” Stay away from calling her beautiful or saying, “I could get used to this,” even if the sex is good enough to have every night, as she’s more likely to form an attachment and believe it’s more than just a one-night stand.

3. Do switch it up with a one-night stand. You can try new positions and techniques you’ve been wanting to try out without the pressure of trying to impress someone you really like. A one-night stand can help you to relax and unlock bedroom skills you didn’t even know you had. Because she won’t fear hurting your feelings, as a total stranger will hardly dent the ego, she’ll be honest about whether she likes what you’re doing or not. She’s here for a good time not a long time, so she’ll help you to improve your sex moves, even if for her own benefit, and increase your confidence going forward.

4. Do go for it if that person has one or two traits you really like. “Are you one of those people who makes lists of the kinds of qualities you’re seeking in a partner?” asks Dr. Carle. If so, she encourages you to forget your list for one night, all you really need in a one-night stand is a few characteristics that’ll help you to have a good time such as physical attraction and a sense of humor. Having sex with someone for the first time can have its awkward moments as you figure out how to get in sync, you might bump heads or even fall off the bed, and you should pick someone who will laugh at the situation with you and carry on. “Lap up that one or two qualities you appreciate, and enjoy yourself,” she says.

5. “Do have a one-night stand if you haven’t had romance in a very long time. Your life isn’t over, and you’ve still got a heartbeat! Let it pound for one night.” You deserve to feel alive and having a one-night stand with a complete stranger will give you an exciting thrill that’ll put you on a high for days.

“Physician Maria divorced her husband after 12 years of marriage. Then, at a coffee shop, she stood behind a hot construction worker. When their eyes locked, she felt pulsating desire, and so did he.  That night saw passion Maria had not experienced in a very long time.  After that, she was ready to date again.” It might just give you the kick you need to get back into dating.

6. Do treat her with respect. Just because she’s willing to go home with you after meeting you that night, doesn’t give you the green light to treat her any less than you would a woman with a three-date rule. She’s still a human being and deserves to be treated like one. Open doors, help her get undressed, and thank her for a good time.

7. Do let her know that a night of fun is all you’re after right now. You don’t want her to believe it’s something it isn’t and mislead her into sleeping with you. To have a successful one-night stand, you should both be aware that that’s exactly what it is. Otherwise, it’s just called you leading a woman on and never speaking to her again.

See more about - What Is Tantric Sex? We Talk To An Expert To Get The Lowdown 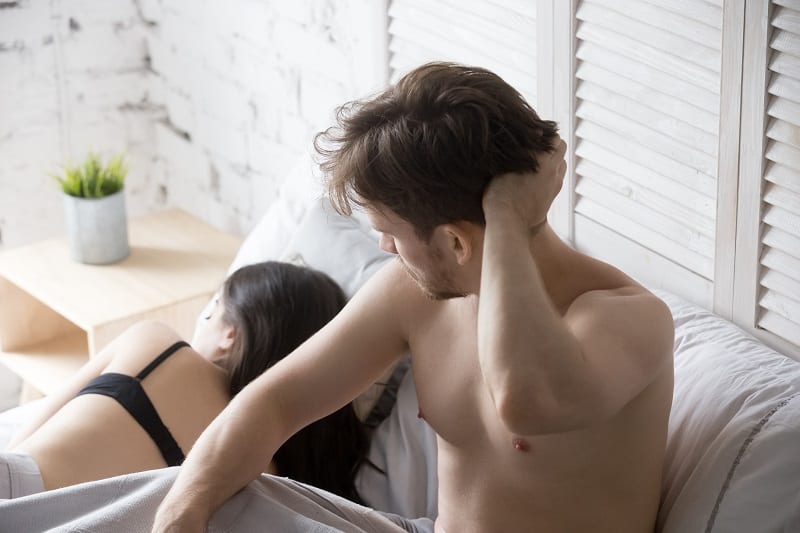 1. “Don’t have a one-night stand if you believe in sex only in marriage,” says Dr. Carle. Don’t let your penis sway your values. If you’ve always believed in sex after marriage, stick to it.

“Paul was religious, and he wanted to maintain his no-sex-before-marriage belief. His friends acted like alley cats, sleeping around without strings. He just couldn’t imagine doing the same. At his church one Sunday, he sat next to a beautiful woman he had never met. They exchanged glances, and he asked her to lunch afterward. They both felt the same about remaining true to their faith. Today they are married.” Moral of the story? Keeping it in your pants may be your way to happily ever after.

2. Don’t fall for the lines of your very sexually charged date. “While you’d love to believe her lines of how terrific you are, don’t. You know that your goals are to have a serious relationship, not a jump in the hay,” she says. Don’t let her persuade you into having a one-night stand if you’re after something serious just because of how good she’s making you feel in the moment.

Wait it out for the right woman who’s going to make you feel good about yourself during sex, the morning after, and long after that. If you don’t, you won’t wake up with that preppy spring in your step that you always see in the movies. “Stick to your principles, no matter how hungry you are to feel loved,” advises Dr. Carle. The woman for you is out there still, not in between the sheets after a first date.

3. “Don’t have a one-night stand if you’re a die heart romantic,” you’ll put too much pressure on it becoming one of the one-night stands to turn into a love story, and more often than not, end up disappointed. “Romantics like happily-ever-afters, and even if the romance isn’t workable, they convince themselves that they, and they alone, will be able to fit that round peg into their square hole,” she says. “The problem is that nobody can make a relationship work unless both parties are mutually willing and available. If you’re that romantic, instead of trying to force an unfeasible fit, watch a rom-com and get your fix theatrically.”

If she’s made it clear that she’s only up for a one-night stand for whatever reason, believe her. If she says she’s been hurt in the past and isn’t ready to be vulnerable and engage in more than just a one-night stand, don’t try to be the hero who swoops in and saves her. All your efforts will be wasted, because at the end of the day if she doesn’t want to be saved, you can’t help her. If you want to help, give her the night of her life.

4. Don’t sneak out the back door before she’s awake. If you end up staying the night or accidentally end up falling asleep together, don’t be the worst kind of man and run out before saying goodbye. We’re talking basic manners here. Wait until she wakes up, or politely wake her up if you have somewhere to be, to tell her that you’re leaving. And definitely don’t exchange numbers if you plan on keeping it a one-night stand.

5. Don’t jump in the sack with a stranger unless you’re hygienically protected, either with condoms or birth control. However, birth control still poses a risk as you don’t know whether she’s telling the truth or whether she missed a few pills that month. Plus, birth control doesn’t protect you against STIs.

“If you’re not safeguarded your one-night stands can become a lifetime ball-and-chain,” says Dr. Carle. “Be conscious of all the celebs who have been caught sleeping with the wrong person, and had to later pay dearly with disease or child support. That could be you, too, if you’re not careful.” She reminds us that the number one rule to having sex with anyone must be to protect your safety, despite all of the heat!