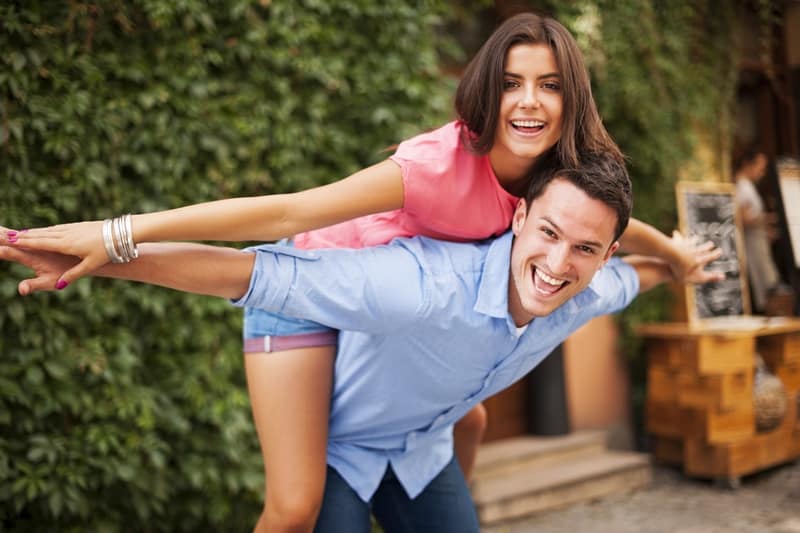 The term ‘open relationship’ has become much more common over the past decade. While our parent’s generation was all about finding someone to marry and have kids with, today’s generation is happy to play the field, both in and out of relationships. You are no longer expected to spend the rest of your life with one person.

People are more open to experimenting with different partners and are seeking new experiences. One study from 2015 revealed that one in five American’s has been in a non-monogamous relationship at some point in their lives. Another study by Psychology Today discovered that between 23%-40% of men and 11%-22% of women want to try it. Put simply, open relationships are on the rise and here to stay.

While open relationships are gaining traction, it’s still something that’s new to many. If you or your partner are looking at giving it a go, you should communicate your needs to each other and make sure you are both on the same page. Going from a committed, monogamous relationship to one that involves multiple parties can get messy quick.

The best way to avoid any sticky situations is to lay down some guidelines you can both follow. To make sure you know what you are in for, here is a brief rundown of what an open relationship is along with 12 rules to make your open relationship work.

What Is an Open Relationship?

It can mean different things to different people. For some, an open relationship is a way for each partner to explore their sexuality with multiple people. For others, it might be a way to connect on a more emotional level with different souls. While it does usually mean having sex with people outside of your relationship, this isn’t always the case. It also doesn’t mean both parties will be seeing others. In many open relationships, it is just one person who mixes with others.

It really comes down to the couple to define what their open relationship is going to be like. As long as everyone understands the boundaries and rules in place, it can be whatever the people want it to be.

Is An Open Relationship Right for Me?

While you’re probably thinking it sounds great, open relationships aren’t for everyone. It might seem like you can be footloose and fancy-free, spending time with your primary partner while hooking up with anyone you want, but it’s a bit more complicated than that. You have to remember if you and your partner do agree to this type of arrangement, she will also be out there seeing other people and getting her freak on.

You have to be emotionally ready to handle this. If you’re a jealous person, then this type of relationship certainly isn’t something you want to jump right into, and it would be advisable that you chat with a sex therapist or relationship expert beforehand.

You also don’t want to force or be forced into an open relationship or be using it as a way to fix your current relationship. It has to be something you both have sat down and talked about and agreed upon. As mentioned above, chatting with some form of expert or counselor is a great way to find out if this is the type of thing that can help your relationship thrive. There are also plenty of books available on the topic if you’d rather read up on it all yourself. 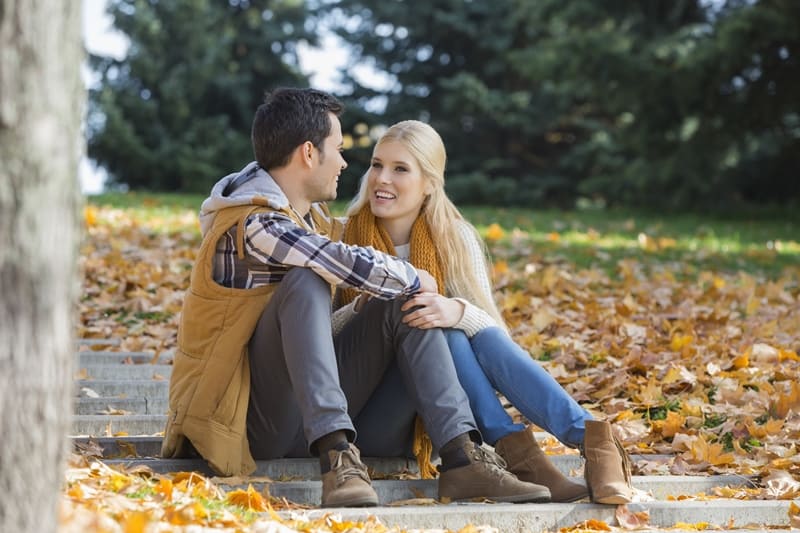 It’s also critical that you continue to communicate while in an open relationship. If you start to feel like it’s not working or is having a negative impact on you mentally, you must let your partner know immediately. You may need to reassess things and see if you can go back to a monogamous relationship. You also shouldn’t feel bad if this is the case. Not everyone is wired for an open relationship and if it’s something that doesn’t work for you, then that’s fine. If your partner is the opposite and has taken to the lifestyle, then maybe you will need to look at your relationship on a deeper level and find a way to make it work or cut your losses.

Other things you should discuss include how often you can go on dates with other people, how many partners you can have at the same time, and how long you will spend with each person. This might seem like a lot straight out the gate, but it’s better to talk about everything beforehand so there are no ugly surprises later on.

It goes without saying, but safe sex is a must. If you are engaging in sexual activity with strangers you need to be on your best behavior. It’s only right to wear a condom during sex, and this is something you expect the person your partner is with to do. If you aren’t using protection, will you require the other person to have an STI test? Will you and your partner have regular tests? Being safe and secure will put your mind at ease and build trust between you and your partners. 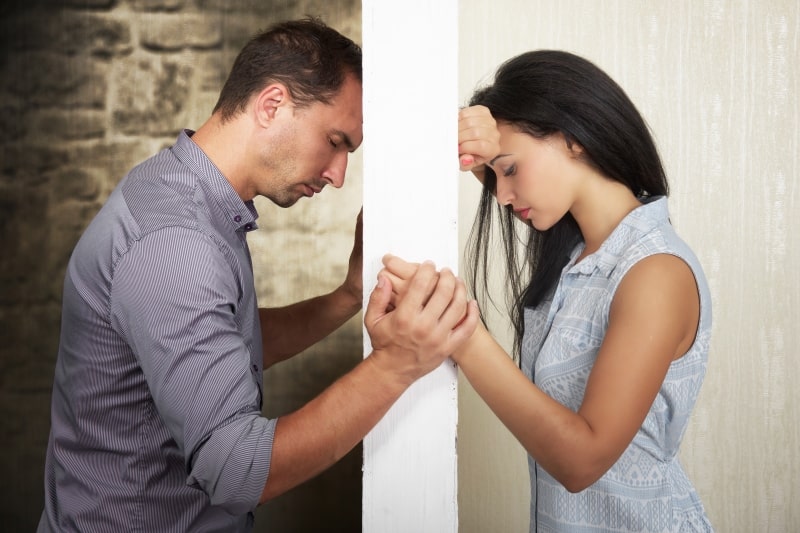 Sex is one thing, emotions are a totally different bag. If your open relationship is purely physical, that’s great, but when feelings are involved it all changes. This is why you need to discuss emotional boundaries. While you might be fine with your partner meeting random people for sex, what if she starts seeing the same guy on the regular? It’s only natural for you to get jealous, but this could turn into anger and worse. An open relationship is meant to enhance your partnership, not make it worse.

This is why it’s important to talk all this through before you start swiping right on Tinder. You both need to be on the same path and have similar ideas about what your open relationship will look like.

5. Confirm Who You Can and Can’t Have Sex With 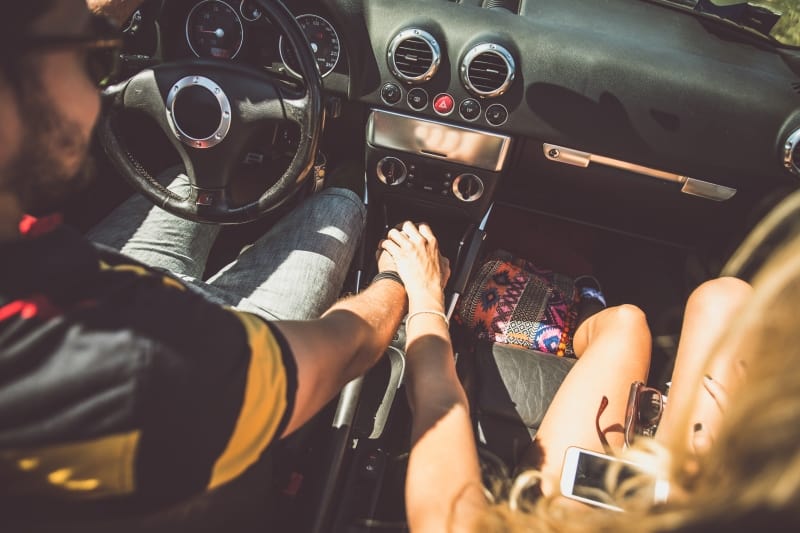 An open relationship doesn’t mean smorgasbord. You might think you have the pick of the litter, but it’s not that simple. There will be certain people you can and can’t hook up with. This needs to be clearly defined. You probably don’t want your partner smashing her ex on a regular basis, while she probably doesn’t want you fucking her friends. Or maybe you would both prefer to have sexual relationships with people you know? Whatever the case, you both need to be aware of who you can and can’t hook up with.

The easiest way to avoid any drama is to meet with strangers. There’s less chance of one of your developing feelings or becoming jealous. There’s nothing worse than scrolling through social media and seeing a picture of the person they are seeing and immediately beginning to compare yourself to them. Nobody needs that in their life. But at the end of the day, it’s what works best for your situation.

6. Decide How Much You Will Tell Each Other 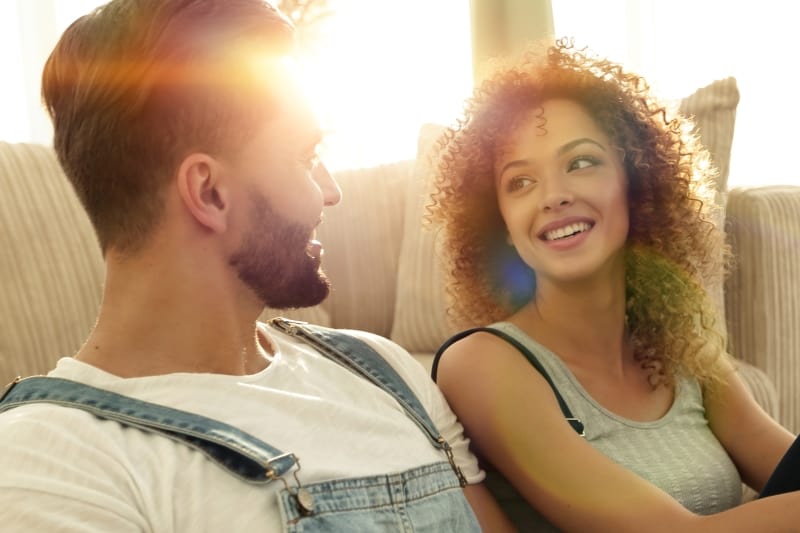 While communication is key, there are some aspects of an open relationship you might not want to hear about. One of you might be an advocate for the don’t ask don’t tell policy and prefer to be kept in the dark about things. Or maybe you have to know everything and want all the grisly details. It doesn’t matter which you choose, just as long as you both understand what each other wants to know.

7. Decide How Much You Will Tell Your Friends 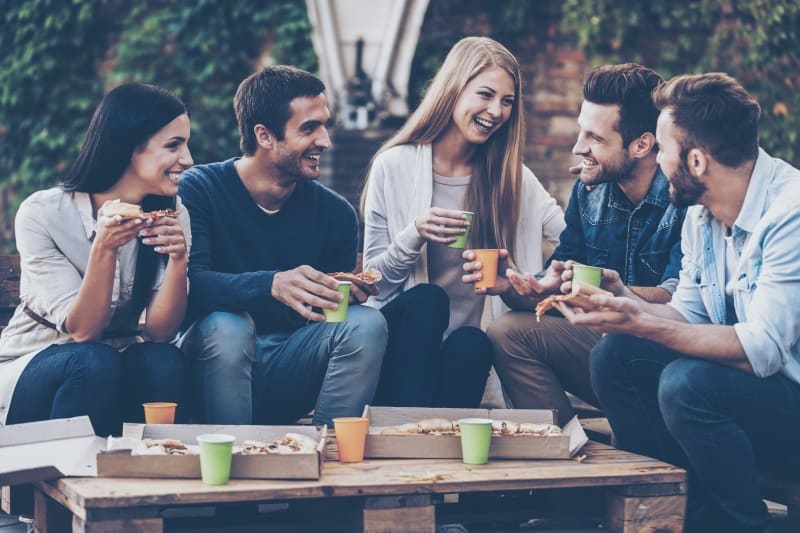 Depending on your circle of friends, telling them you are in an open relationship might be a bit of a shock. These days, most people are pretty open to different life experiences and people living their lives how they want, but you’re sure to know a few people who won’t quite understand your choice. It’s best to explain to these people what an open relationship involves and why it works for you and your partner. Of course, you don’t have to reveal anything, but it could stop problems arising in the future.

If you have a friend who doesn’t know and then comes across your girlfriend on a dating app, or maybe your girlfriend’s bestie sees you kissing another woman, this could cause some unnecessary drama. Even if you’re friends don’t quite understand, at least they will be aware of your situation and less likely to be freaked out if they see either of you with someone else. 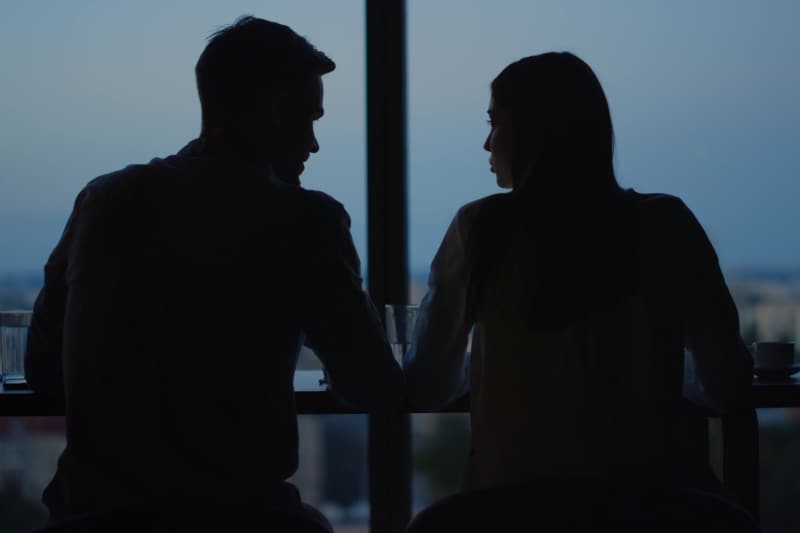 Being in an open relationship might allow you to fulfill your sexual fantasies, but that doesn’t mean you have to be a dick about it. You should show your secondary partners the same respect you would your primary partner. Just because you are meeting for a hookup doesn’t allow you to act any differently. Treat everyone equally and there will be no problems.

9. Limit the Amount of Partners You Engage With 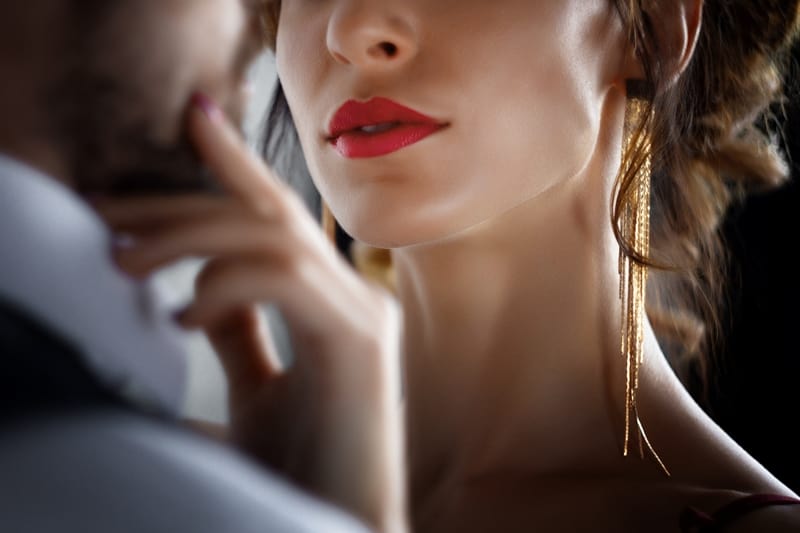 This doesn’t mean you can’t be seeing a couple of people at the same time, but maybe don’t schedule three or more catch-ups a week. Your life is probably already busy enough without spending half your week hanging out with other partners or going on dates with prospective ones. You still need time to focus on yourself and your primary partner. The last thing you want to do is neglect their needs. They should always be your number one priority and come ahead of any of your other partners. 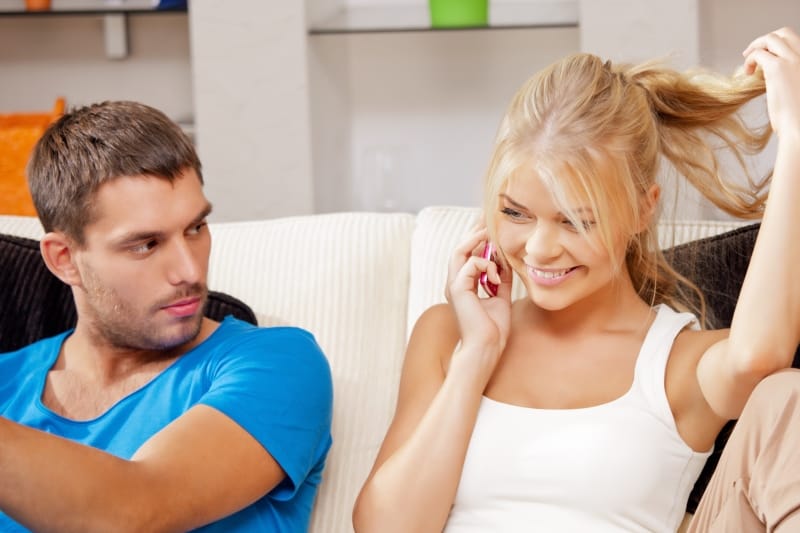 It doesn’t matter how cool, calm, and collected you think you are, jealousy will rear its ugly head at some stage. It’s only natural that you will feel this emotion if your partner is enjoying herself with someone else while you’re sat at home watching the idiot box. Jealousy will certainly occur during the early stages of an open relationship, which is to be expected. If you’ve been in monogamous relationships for most of your adult life, it’s a bit of a shock to the system when your partner starts dating other people.

Jealous feelings usually only last a few hours or days, but if you’re still having weird feelings talk about it. Let your partner know how you are feeling and get reassurance from them that everything is fine. If you find that you can’t stop being jealous then an open relationship might not be for you and you and your partner should re-evaluate things. 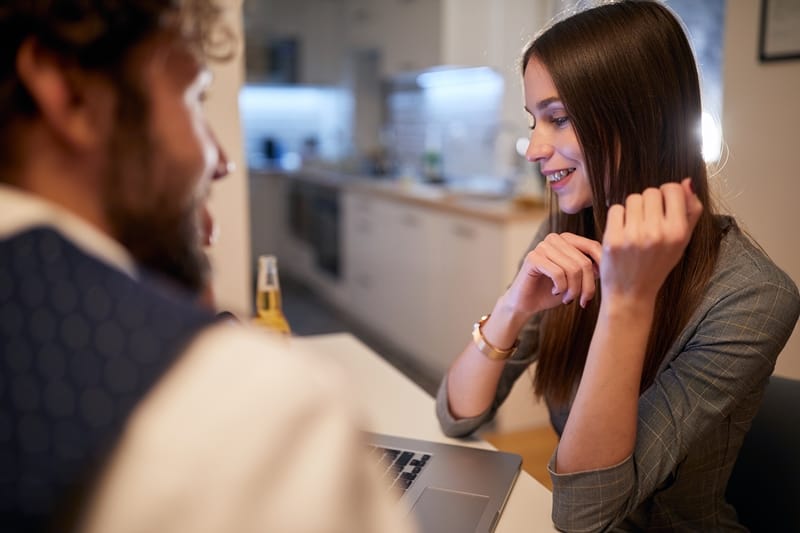 You don’t have to talk about your experiences after every date, but it is a good thing to connect regularly to talk about things. This way if you have any thoughts or feelings you can express them in a safe space.

One of you may have begun to think differently about having an open relationship, and the only way to get this out in the open is to communicate. It’s a great way to talk about your experiences and continue to make sure you are both happy with the arrangement. As they say, honesty is the best policy.

12. Remember To Prioritize Your Relationship 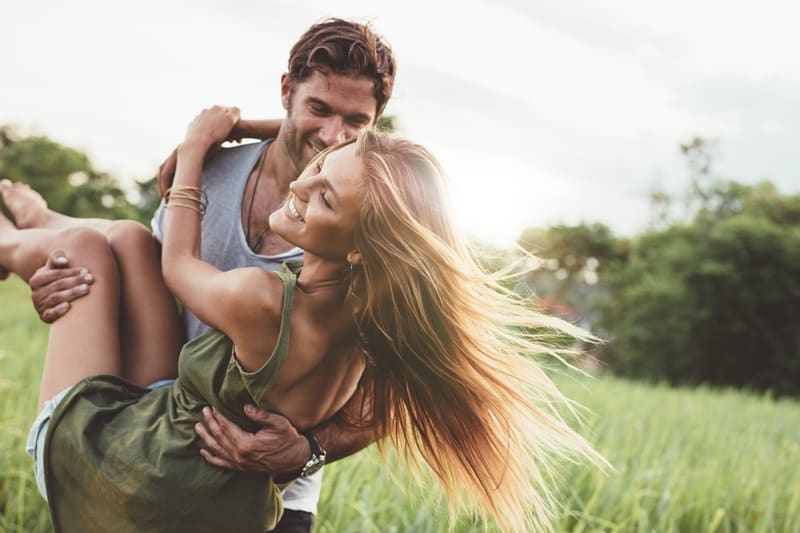 It’s easy to forget your main relationship if you are dating up a storm in your free time, especially if you are seeing someone regularly. Remember that your primary relationship should always come first. Keep nurturing this and engaging your partner. It might be boring talking about the bills or what to eat for dinner, but this is part and parcel of any relationship. Show you love and care for her with small gestures to keep the romance alive.

See more about - What Is Tantric Sex? We Talk To An Expert To Get The Lowdown