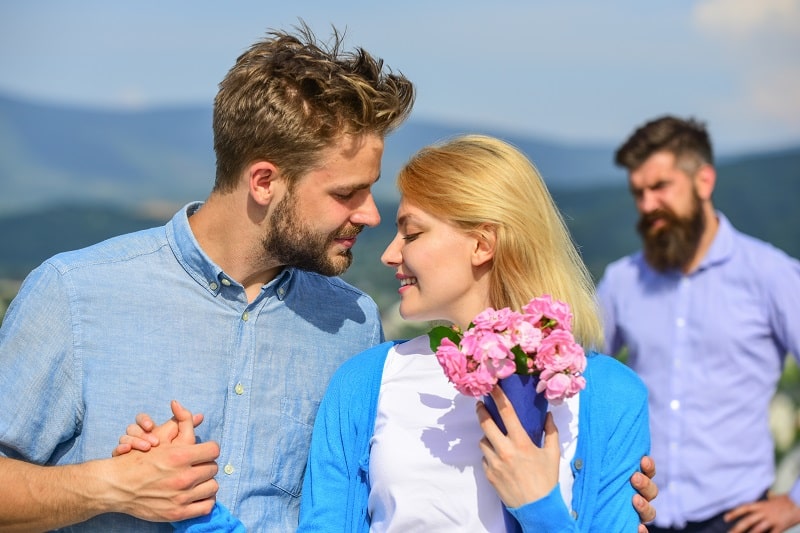 So, the woman you’re crushing on has a boyfriend. There are two things that we can do when we’re in this situation: move on or build up the courage to do something about it. But before you make any rash decisions, there’s a right way and a wrong way to go about doing them.

Trying to get over your crush by dating her sister or straight up throwing yourself on her in front of her boyfriend is a no-go. Every Man’s Personal Wing Girl, Marni Kinrys, founder of The Wing Girl Method and creator of the F Formula, tells us the best ways to stop crushing or go for it and make a move – the choice is yours.

How To Stop Crushing so Hard 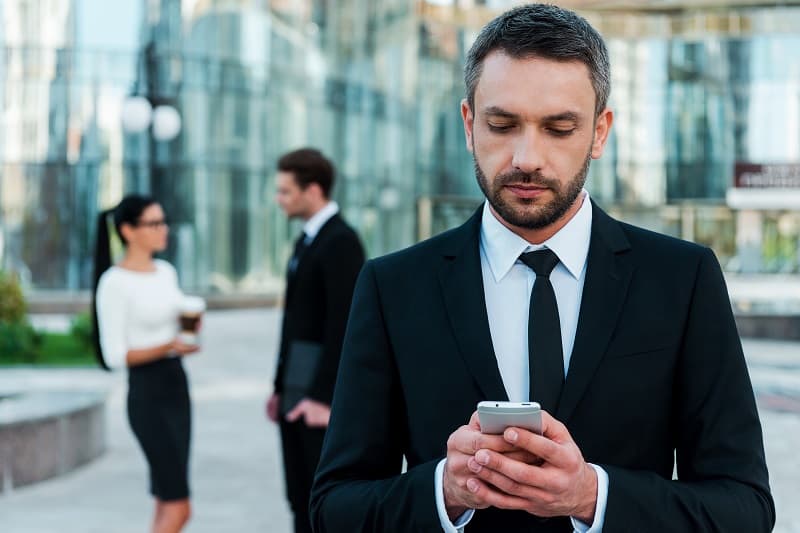 “My biggest tip when you are crushing on someone who is already taken is to look elsewhere,” she says. “I know it’s tough to re-focus your attention on someone else especially when that girl is ‘just so perfect for you.’ But crushing on someone that already has their own crush can be a huge waste of time, energy, and headspace.” They may not be as perfect for you as you think if they haven’t realized it themselves – a perfect match has to be mutual.

Kinrys suggests that instead of pursuing your crush in a romantic manner, try becoming her friend instead. Yes, friend zone yourself. “I say befriend the crush and have her work for you as a wing girl. She’s taken, now let her find someone for you to date,” she says. Let her set you up with her hot friends or her hot friend’s even hotter friend.

And maybe, just “maybe, in the process she may see how freaking awesome you are and start crushing on you.” If not, at least you have a wingwoman on your side that can introduce you to new, more suitable matches. She may even be better than the wingman you’re currently used to since women know what other women want.

If you’re crushing big time and being around her is too hard, take a step back. If you can’t be friends with her or envision a time in the near future where you could be, cut her off.

“I know when you crush all you want to do is get closer and be in the closest proximity to whoever you are crushing on,” says Kinrys. “But if that crush is not returned or can’t be returned, then I say ghost that crush and block her out of your life. If it’s possible.” Out of sight, hopefully out of mind.

This is pretty self-explanatory. If you don’t have much going on in your life, you’ll keep coming back to the crush that isn’t crushing on you back. Too much spare time = too much thinking, which can easily spiral into negative thoughts. Instead, choose to fill your spare time with positivity.

“If you don’t want to focus on the girl, focus on something else. Hobbies, classes, tv shows, getting together with friends,” she says. “And if you don’t have these things in your life, even better. Start getting them.”

“Yes, the brain is like a computer which means you can program it to literally think the way you want it to. But it takes effort and focus,” says Kinrys. Every time your crush pops into your head, stop, take notice, smile and then replace the thought with something new.” Something that makes you happy – a memory, what you’ve got to look forward to, or even music.

Kinrys uses a song to distract herself from thoughts that aren’t serving her. So, when you think of her and how much you want her to be crushing on you, start whistling, humming, or even singing to distract your brain. “And then replace those thoughts with something new that helps you and doesn’t hurt you.” Don’t be put down if you can’t master reprogramming your brain on the first try, practice makes perfect after all.

Call on a Good Friend

What are good friends for if not for helping you get over a crush? “Enlist a good friend to help you stop your crushing,” says Kinrys. Every time you want to check out your crushes social or text them, text your friend instead. Get them to remind you of all the reasons why she’s not for you. When we’re crushing on someone it’s easy to only be able to see reasons why it’ll work out – we’re hopeful.

But someone with an outside perspective that isn’t emotionally attached will be able to tell you the reasons why it won’t work out. And what better person to ask than a good friend that knows you the most? “You can even ask that friend to give you a consequence if you bring the crush up or contact them. Like you have to pay $1 every time” – something that actually stings you. Or they drink for free while they’re out with you, which will definitely make your wallet hurt if they’re big on drinking.

See more about - What Is Cuffing Season? Everything You Need To Know

How To Make a Move 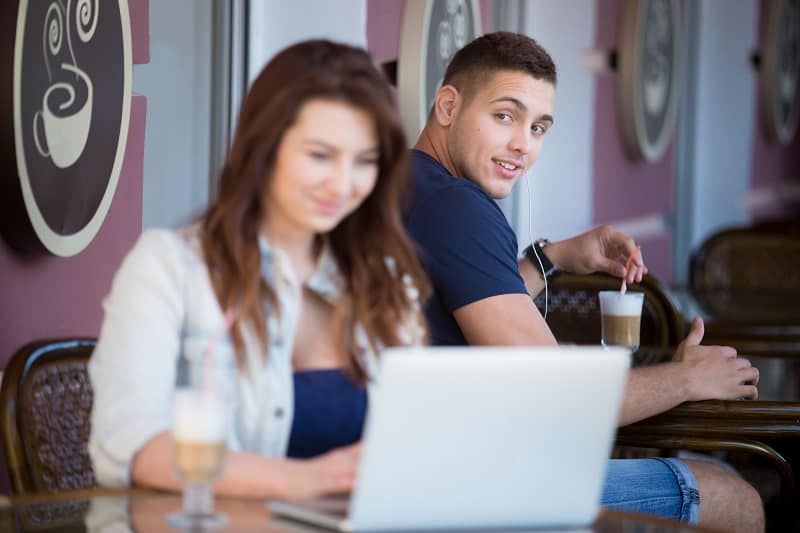 Turn the Crush Around

We don’t recommend going after a woman that’s happy in a relationship. If you really care about her, put her happiness above your own, don’t sabotage a good thing that she could come to resent you for. But “if you think that this girl is not happy in her current relationship and could be looking for a reason to leave. Make that reason you”, she says. Don’t fall into the classic “nice guy” trap most guys fall into when trying to sway the woman they’re crushing on.

Make it obvious you fancy her. Flirt, tease, make her feel something she isn’t feeling with her current man. Turn up the heat but be careful when playing with fire. Don’t let anything sexual happen between the two of you while she’s still in a relationship. Get her curious enough about you to want to leave the relationship to explore the potential without causing collateral damage – she’ll respect you a hell of a lot more for it.

Plus, when another relationship begins by doing the dirty, it’s common for one (or both) of you to be concerned that the other may do the same thing with someone else. If they’re capable of doing it with you, what’s to stop them from doing it to you? This fear has been known to cause trust issues and insecurities, so do yourself a favor and be a gent.

While it might be tempting to point out all of his flaws and how bad he is for her (especially if it’s true), this will only make her put her defense up and shut you out. Whether the relationship is in a good place or not, that’s her man and she’s likely going to stick up for him until the very end rather than side with a guy she knows is crushing on her.

“When trying to turn the crush around never bash the other guy. It will always backfire on you,” says Kinrys. It also comes across as jealous and petty, and who wants that?

Be Everything He Isn’t

“Instead of bashing the guy, be everything he isn’t. If he’s a guy that doesn’t listen, listen. If he’s the guy that won’t do PDA, do PDA. Be what he’s not and what she’s missing,” recommends Kinrys. But stay away from anything that’s too far from what you’d naturally do.

Stay authentic and true to yourself. If you’re even worse at listening than he is, don’t fake it. You want her to be crushing on you for who you are, not for pretending to be something you’re not.

Be Bold and Go for it

Simple, right? Kinrys reassures us that every woman loves a man with balls of steel that just goes after what he wants. A man that’s sure of himself and confident enough to go after what he desires is sexy – think about how attractive this is in a woman, now double it. “If going for it doesn’t appear to have any kind of negative backlash for you, then just go for it.” Be bold. “Tell her you want her and can make her happier than the other guy and see what happens,” she says. You miss 100% of the shots you never take, so shoot!

See more about - Is She the One? How To Know If You’ve Found Your Forever Partner