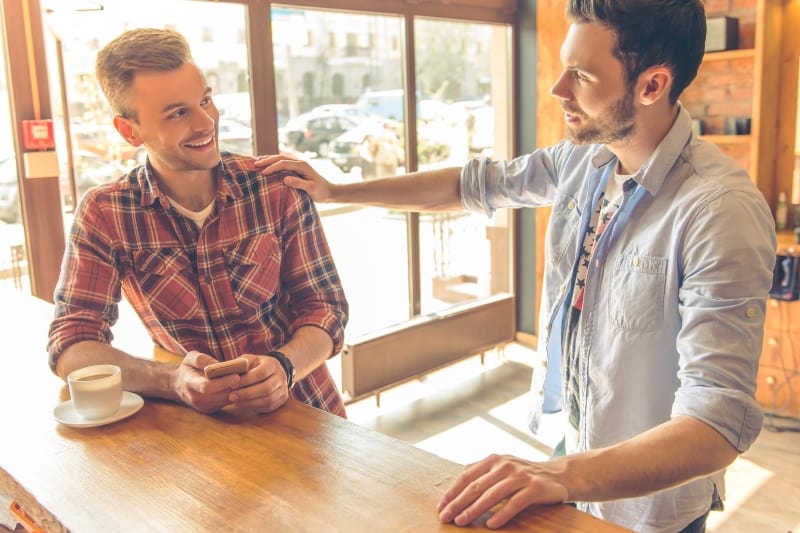 If you’re here reading this right now, you’re already a better friend than you think you are! Like all relationships, friendships require work, despite how natural it might seem. Getting on with someone like a house on fire isn’t necessarily a sign of a good friendship, just sharing similar interests. However, it can be one hell of a friendship if you work on nurturing your connection by becoming a better friend. 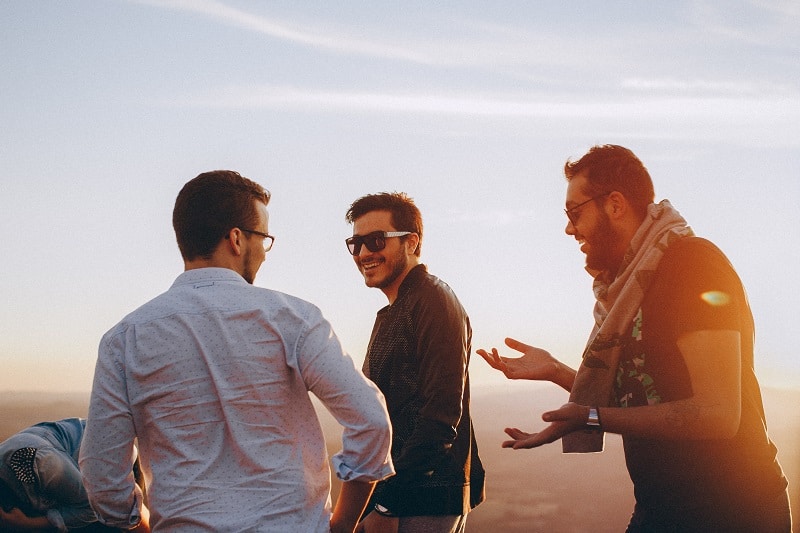 To help you maintain your most coveted friendships, we’ve gathered tips to help even the most antisocial men stay in good standing with all of their comrades, even during a global pandemic. So, let’s get into what you came here to do. 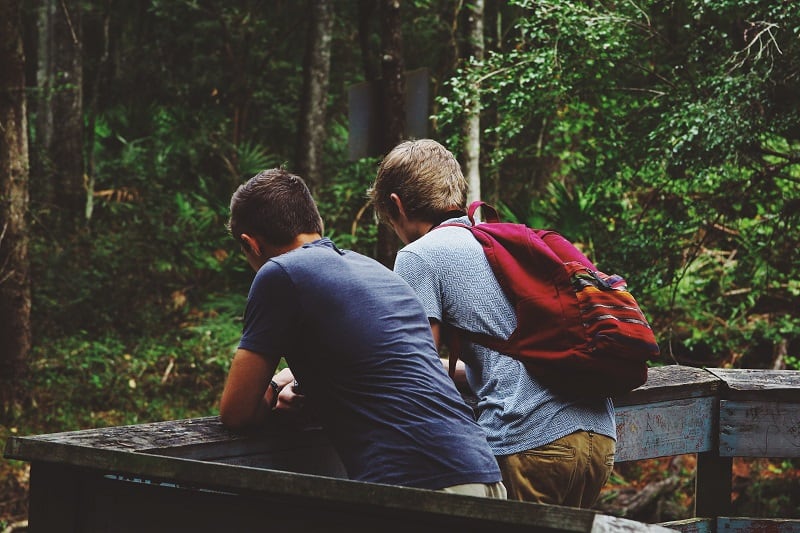 We’ve established that a friendship is like any other relationship, and relationships require communication. It’s important for friends to share major life updates that you’re excited about like getting a promotion, a new romantic relationship, or buying a house, but it’s equally important to communicate the less exciting news. Because let’s be real, as much as we wished that we did, not everyone has life-changing news to share every day. Maintaining a good friendship requires communication from both parties about the big and little things – the ups and the down.

To be a good friend, you can’t just tell your pal about all the happenings in your life, you’ve got to listen to him, and celebrate his wins as much as you would your own. Take him out for a celebratory dinner or a drink. Show him you’re excited about his success – not threatened by it.

Make sure to communicate your needs to each other. Whether it’s a guy’s night out after a breakup or some space to clear your head, tell your friend where you’re at and what you need. If your friend communicates his needs, return the favor and listen. If he’s asking for a guy’s night out, show up. If he asks for space, give it. This communication will create trust and strengthen your bond. 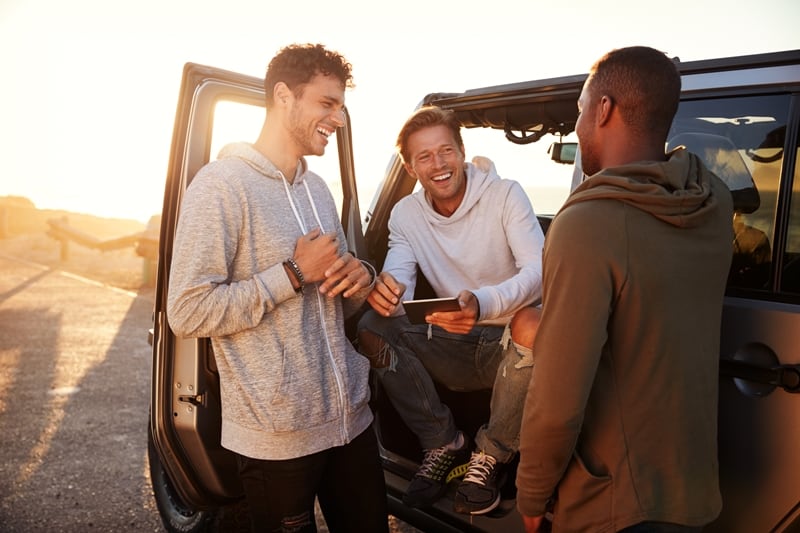 This is an obvious one, but it’s not always put to practice. Close friendships require time spent together. It’s fun to hang out and do nothing (with the right person who isn’t a total snooze fest, obviously,) but sometimes it’s nice to have an activity to do, especially if it’s the beginning of your friendship.

Grab dinner together. This is a classic idea for an outing, and for good reason. Everyone’s got to eat, so it might as well be enjoyable. You can visit the same restaurant or try something new each time. Spend one night having a progressive dinner, where you eat each course at a different spot, like a pub crawl with food, or take turns choosing where you eat. When you have a fun activity planned, it’ll make getting together much more appealing and more likely to be followed through with even when life gets hectic as you were so looking forward to it all week.

If they’re not a foodie (are you sure you want to be this guy’s friend?) or you’ve exhausted the dinner option, come up with a bunch of activities that you’d like to do together, like a bucket list, and tick them off as you go along. This will give you both the motivation to plan frequent get-togethers, because who doesn’t love ticking off a to-do list?

If your friendship is long-distance, you should still find reasons to meet up. Whether you’re reuniting in a city halfway between you both for a night, or you’re visiting each other in your hometowns for the weekend, find a time that works for both of you, and stick to it. Since these types of meet-ups usually need more than a week to plan, canceling looks worse as you’ve had plenty of notice to figure out your schedule ahead of time.

Remember, friendship is mutual. It requires effort. If you want to hang out with your friend, ask him to hang out. If your friend invites you, make the effort to show up. If you stop showing up, he’ll stop asking. Both of you need to continue to make suggestions in order to maintain a good friendship. 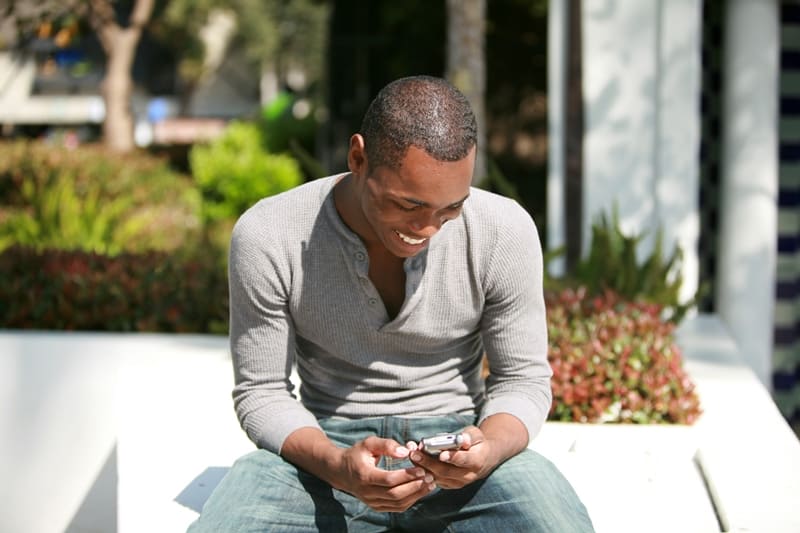 If you want to have a friend, you have to be a friend, and friends check in on each other. It’s a small gesture, but it shows him he was on your mind, and you care about his wellbeing. Find a genuine way to reach out, and check in regularly.

You can easily check in on your friend through a text message. In many ways, texting has made communication less meaningful, since you can C&P a text to pretty much anyone, but when done right, it can be an easy way to show your friend you care.

Ask him how he is and how he’s getting on with something he recently told you. Tell him to have a good day at work. Try to get something personal in there that could only be sent to him with the first text you reach out with. Something so simple such as “I hope the new job is going well! Let’s catch up over beers next Friday? I know a place you’ll enjoy” can instantly brighten your friend’s day.

Technology makes it easy to be a good friend – you just have to utilize it. If your friend prefers to talk on the phone, give him a call. Ask him what he’s been up to lately – find out what shows he’s been bingeing, new restaurants he’s tried, how his family has been. Make sure everything is right in his world, and if it’s not, listen to him vent or suggest ways he can make a change. Be supportive and actually prove that you’re there for him. Many people say “let me know if there’s anything I can do,” then when the time comes for them to step up, all they have is excuses.

Think about how you’d like him to support you through a crisis, is it through thoughtful texts, phone calls, in-person meet-ups? Would you prefer for them to listen and give advice or just listen? This comes back to communication and understanding and delivering love in each other’s style.

It’s especially important to check in on your friend when you know he’s going through a hard time. Men are just as susceptible to mental health issues as women, in fact, many studies have shown that they suffer even more because it’s not talked about as much – let this be your motivation to keep checking in. Let your friend know it’s fine not to be fine, and that you’re there to help any way you can.

Be There for Important Events 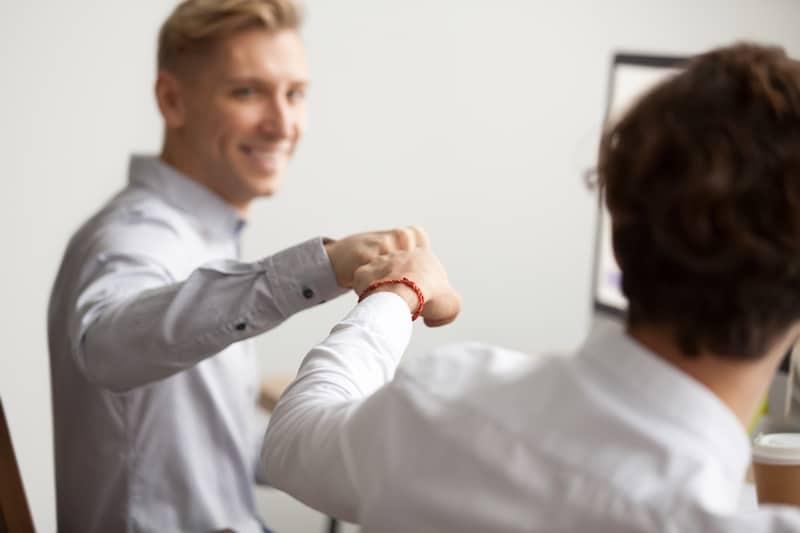 When your friend has a major life event that he’d like you to attend, do everything you can to be there. He’s hit a huge milestone and he wants to share the memory with you (which is super flattering btw.)

If you’ve been the best friend that you can possibly be in the lead-up, he’ll also see you as part of the accomplishment. If he got a job promotion and you were the one to keep pushing him to work harder, kept him company whilst working late nights, or suggested ideas from a fresh perspective, he’ll want to thank you for helping him out. Showing up is the best way to acknowledge his appreciation whilst showing your support.

If he asks you to be a groomsman at his wedding, buy a tux. If his partner is throwing a surprise birthday party, come with a gift in hand. If he’s trying to pull off an elaborate engagement and wants his friends’ assistance, help him. Major life events are important, and they’re usually tons of fun. Show your loyalty and commitment to your friendship by being there when he asks. 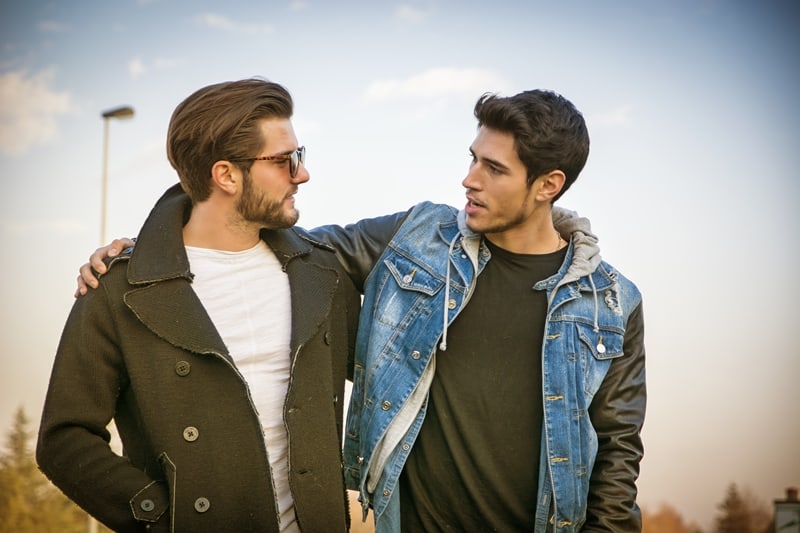 Honesty is one of the hallmarks of a great relationship, and it’s vital to a strong friendship. Be honest when you’re forming a friendship, and stay honest as it progresses. If you can’t be honest with your friends without the fear of losing them, then it’s probably time to find some new friends.

If they ask for your opinion on something, tell the truth. They clearly value your opinion if they came to you asking for it. Just make sure that you deliver it respectfully, there’s a difference between being honest and being rude.

Be honest about what you like and dislike. Don’t try to force a bond – connect on things you’re actually interested in. Who wants to pretend to be someone they aren’t? A friendship based on pretending to like the same things will slowly and surely fade. Instead, invest that time into others you don’t have to fake it with.

If you lie to your friend, even once, you risk losing their trust as they’ll question whether that really was the first time you lied to them. A good friend would never lie, even if it means upsetting them with the truth. They’ll eventually get over it, but there’s no telling whether they’ll get over a lie, so it’s simply just not worth the risk if you value them as a friend.

See more about - Can Men And Women Just Be Friends? How To Make A Platonic Friendship Work