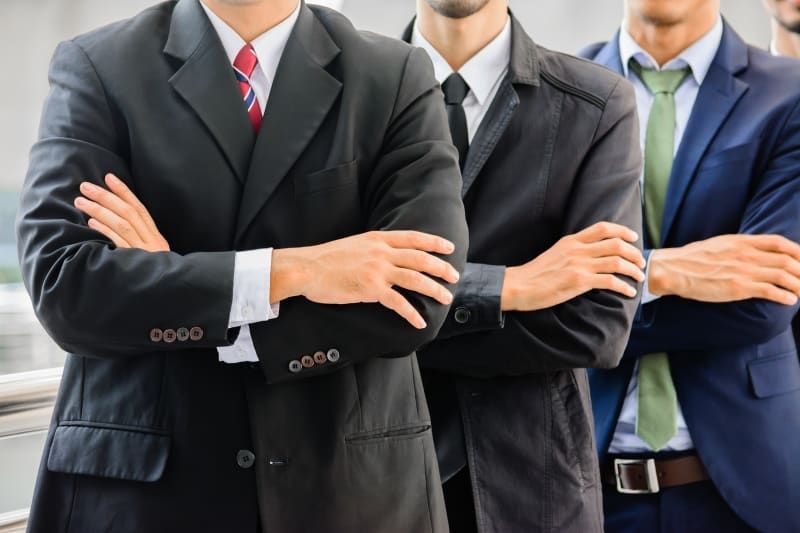 Men’s neckwear is believed to have first hit the fashion scene in 113 A.D. with Trajan, Rome’s emperor at the time. He commissioned military statutes with three different types of neckties worn by the iconic figures. Neckwear had been publicly worn before, such as by China’s emperor of 210 B.C., Shih Huan Ti. Yet, never before had they been displayed with such different types of flair and variety, as the Italian statues presented. 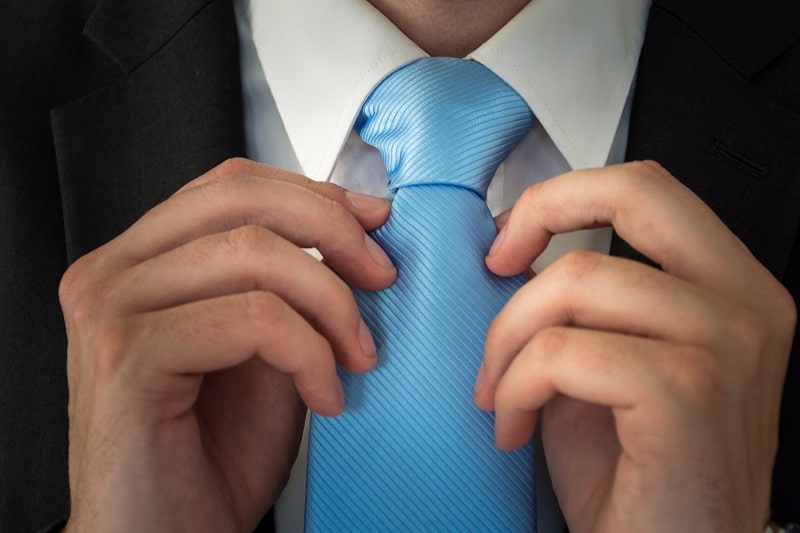 In the past 1900-plus years, things have certainly changed on the fashion front. However, the necktie endures as a men’s fashion staple. Always indicative of formality and strength of presence, tied neck wear commands respect. Most modern men bemoan the neck-cinching nature of the fashion icon, but those same men generally also feel more formal, accomplished and business-minded when donning a quality silk power tie.

Whether you are required by your occupation or office politics to wear a necktie every day of the work week, or if you have to wear one just for special occasions each year, you might wonder what types of knots you can employ to look more fashionable. Beyond the simple, most known knots like the Windsor and Four-in-Hand, there are many tying options. We have 16 great tying styles for you to consider, whether you wish to look simply polished or downright debonair. 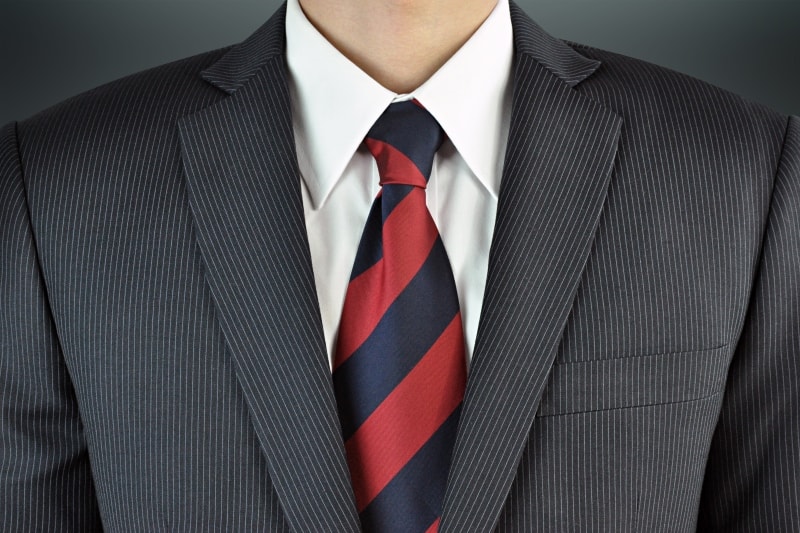 You’ve seen this knot everywhere. A casual man’s favorite, the four-in-hand tie is the traditional knot of American Monday to Friday, for those who begrudge more formal suiting. Resulting in an inverse triangular knot tightly secured at the neck, this method works best for skinny to medium width neckwear and button down collar shirts. Just add a sport coat or suit jacket, and you will be taken seriously. Without the jacket, you’re somewhere in your cubicle awaiting casual Friday. 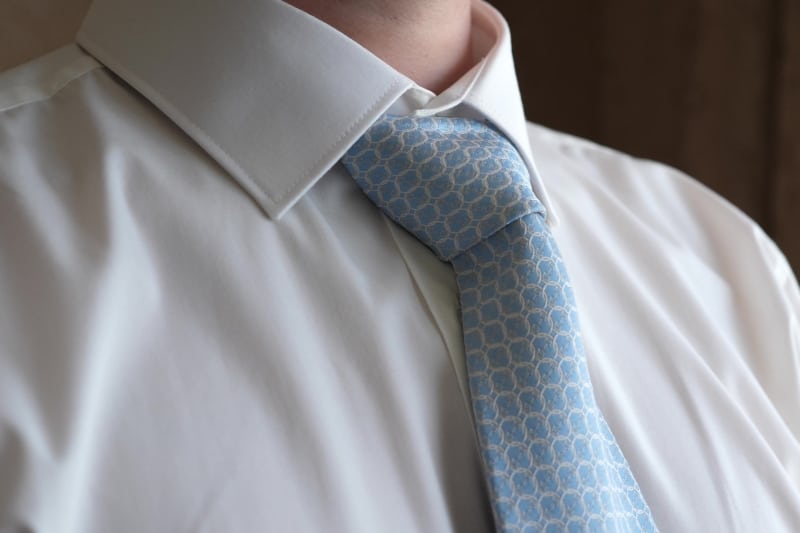 Slightly more intricately tied than the four-in-hand but similar in inverted triangular appearance, the half-Windsor tie knot is executive style statement appropriate for quality power ties. It also works well for more formal occasions. Because the half-Windsor uses less of the tie length than other knots, big and tall men favor its presentation. 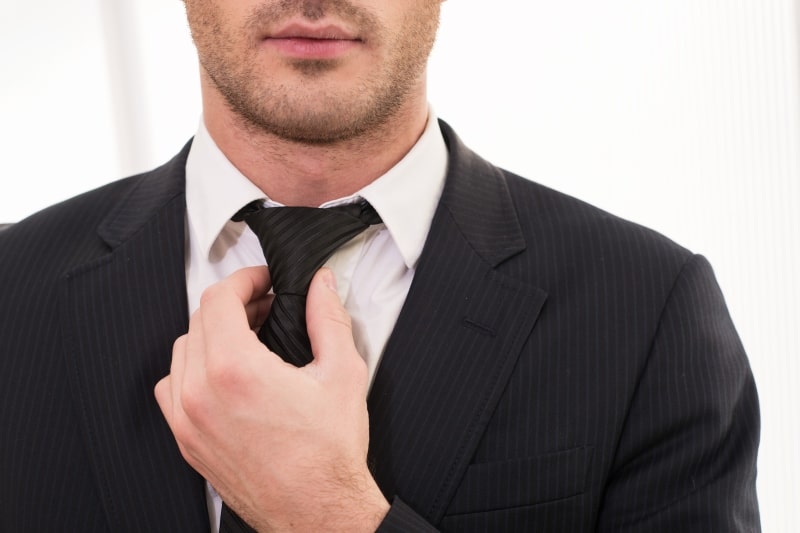 A third in the inverted triangle knot family, the full-Windsor is a broader and dressier version of the half-Windsor. Worn best with wide spread collar dress shirts, the full-Windsor is very formal, generally best for exclusive affairs, high power meetings or on special occasions. The full-Windsor is one you will see politicians favoring, especially when combined with a red silk tie to make a statement of strength and power, or a blue one when they wish to appear collectively minded and focused on issues at hand. 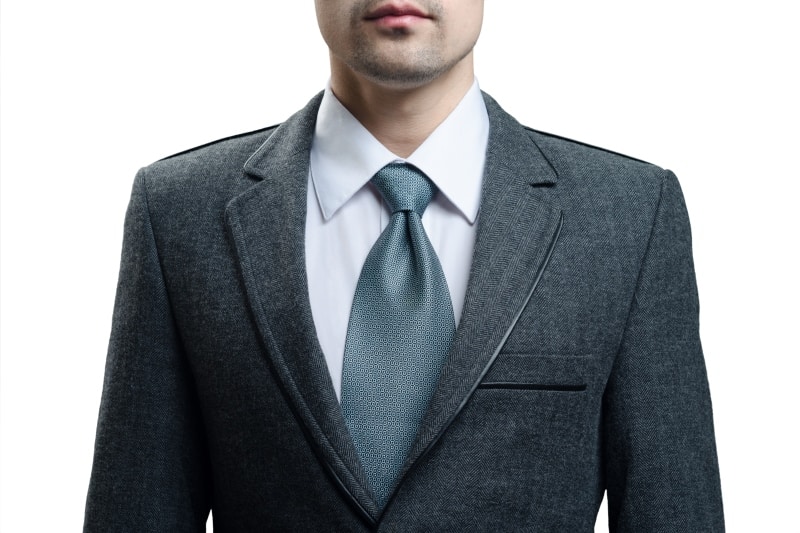 To the novice, the Pratt knot appears very similar to the rest of the inverted triangle knots, such as the four-in-hand, half-Windsor and full-Windsor. It is, however, better for wider ties made of light to medium fabric. It ties well on any type of dress shirt and collar spread. The Pratt knot is sometimes called the Shelby knot. 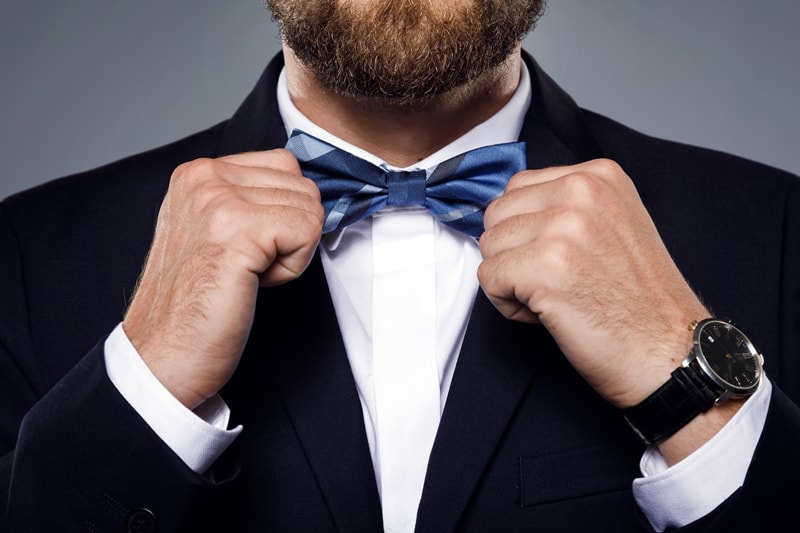 Have a black tie affair to attend? The bow tie knot is your huckleberry. The traditional go-to tie for tuxedos, you will see a bow tie knot at everything from proms and weddings to your office holiday party and political fundraisers. To avoid looking clownish, ensure the resulting bow tie does not spread beyond the tips of your shirt collar.

While bow tie knots are fine as a fashion statement day-to-day, you will likely want to forgo this knot for important office functions, such as meetings or job interviews. The bow tie knot, when not worn with a tuxedo, can present an image of non-conformity that you may wish to avoid as part of work teams or other group pursuits. 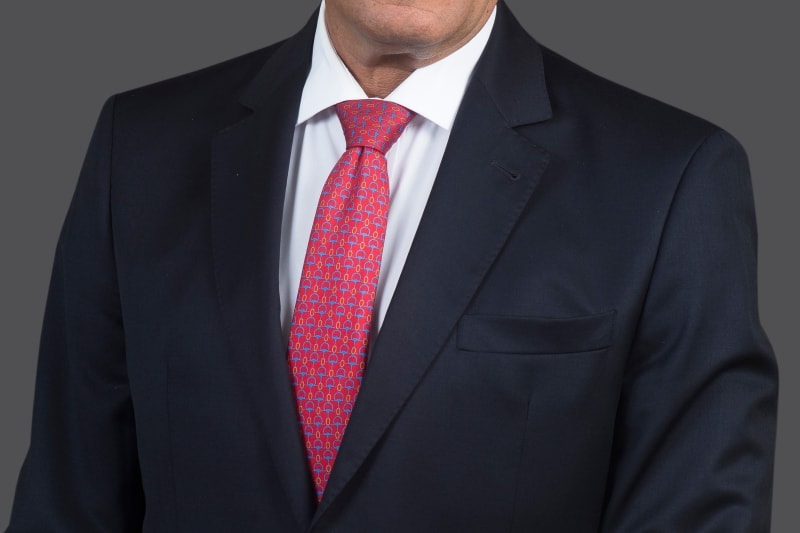 A member of the inverted triangle knot family, the Balthus is reminiscent of the 1970’s, in that it produces a large, overstuffed version of the Windsors. Unlike the ’70’s, you don’t necessarily have to use a broad tie, but your collar spread should be wide to fit the monstrosity.

Requiring a lot of fabric length due to its multi-step triad of wrap-arounds, the Balthus is best worn with vests, v-neck sweaters or a buttoned jacket, as the length of your neckwear will be taxed by the knot. A statement tie for sure, you likely won’t want to wear this very often. When you do choose to go “loud and proud” about your knotted neckwear, do it with patterned fabric. Quiet fabrics won’t do this knot justice. 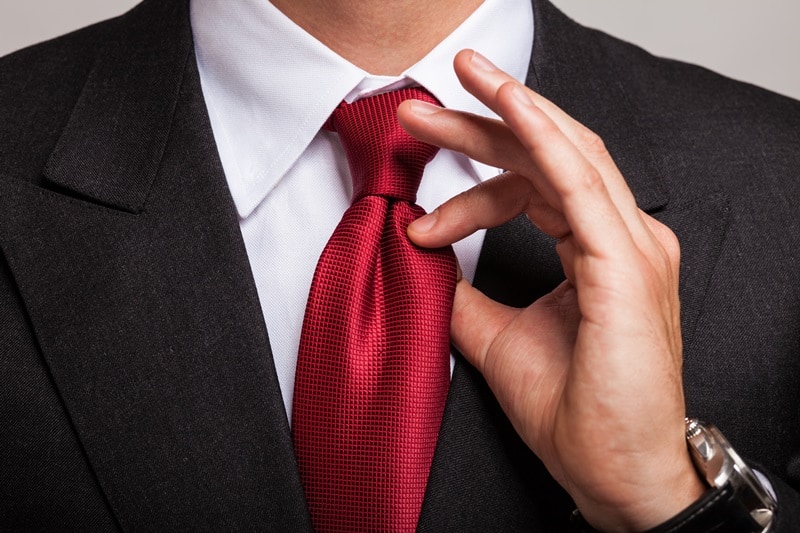 If your neckwear is too long and too thin, don’t fret. An easy solution is the Cavendish knot, which will use up some of the extra length while resulting in the look of a Windsor. In that the tying method is very similar to how a four-in-hand is tied, learning how to tie a Cavendish is not too difficult. 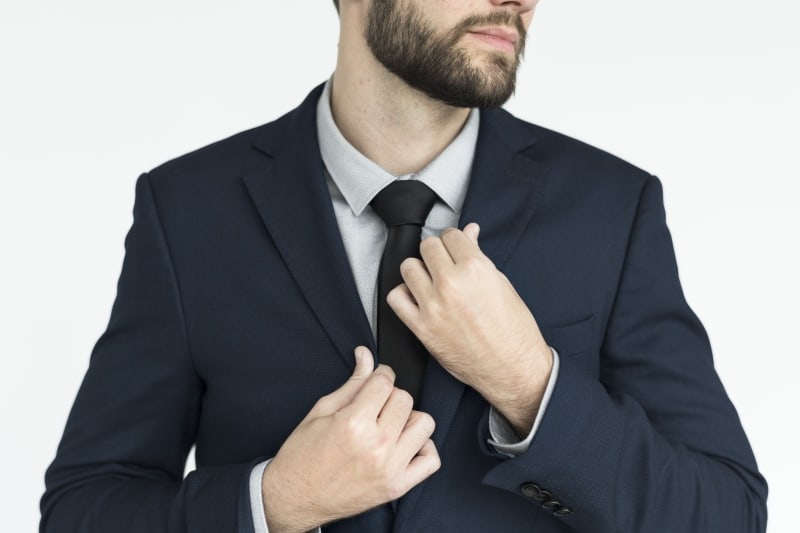 Another option for too-long, too-thin neckties is the Hanover knot. Very similar in appearance to a Windsor, but with a thicker knot, the Hanover reigns in that extra fabric that hangs over your belt or out from under a jacket.

Unlike the Cavendish which also accomplishes the same task, the Hanover is tied with the necktie upside down with seams showing. When the knot is completed, the top portion of the tie shows normally. However, the narrow end of your tie will show its backside, if it ever moves from beneath the top layer. 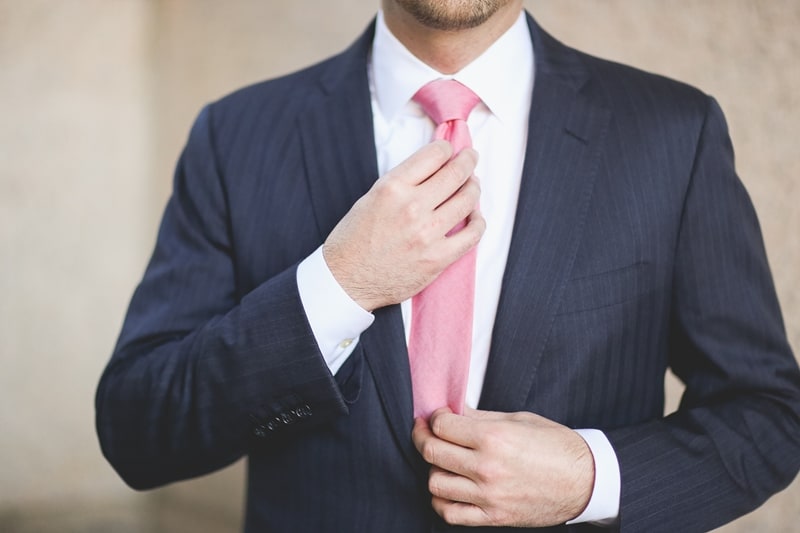 Also starting from an upside-down position, thus showing the underside of your tie at the narrow end, the Grantchester knot is very similar to the Hanover. Grantchester also uses up excess length and is great for thinner or too-thin neckties, but the knot is bulkier and thicker than the Hanover. This knot shows well under vests, v-neck sweaters and jackets. 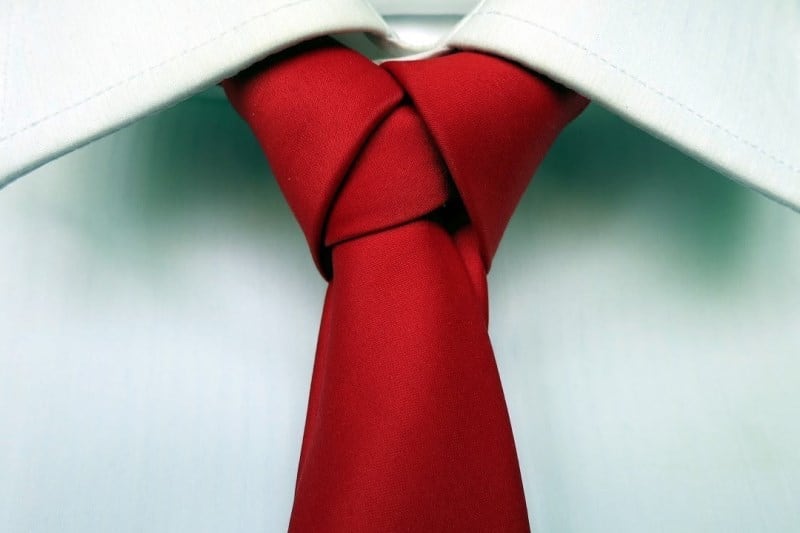 If you like the appearance of tradition, but want to work around it a bit for something unique at closer look, the Atlantic will suit you well. How the Atlantic is different is that it shows the knot structure on the top of the finished tie.

What one would usually see on the back of the knot where it touches the top button of the collar is placed outward for all to see. Although it is more difficult to tie than other knots, you will be sure to have some good conversations result from any notice of your creative use of silk. 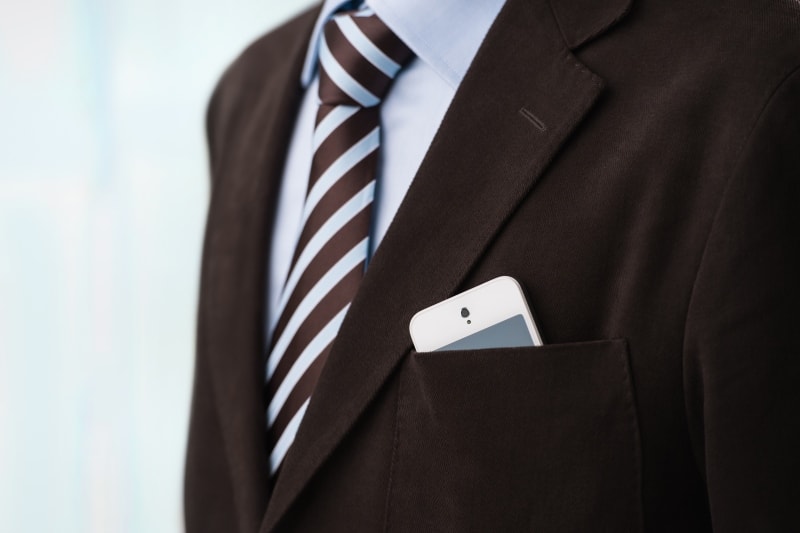 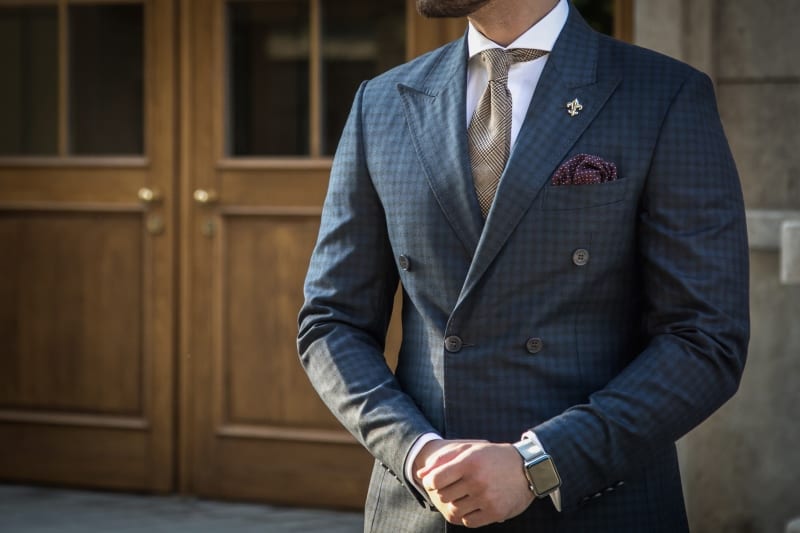 For the four-in-hand traditionalists, the Kelvin knot offers a great alternative with a slightly thicker knot and more symmetry. The bigger difference between four-in-hand and the Kelvin is that the latter is tied from an upside-down starting position of the necktie. 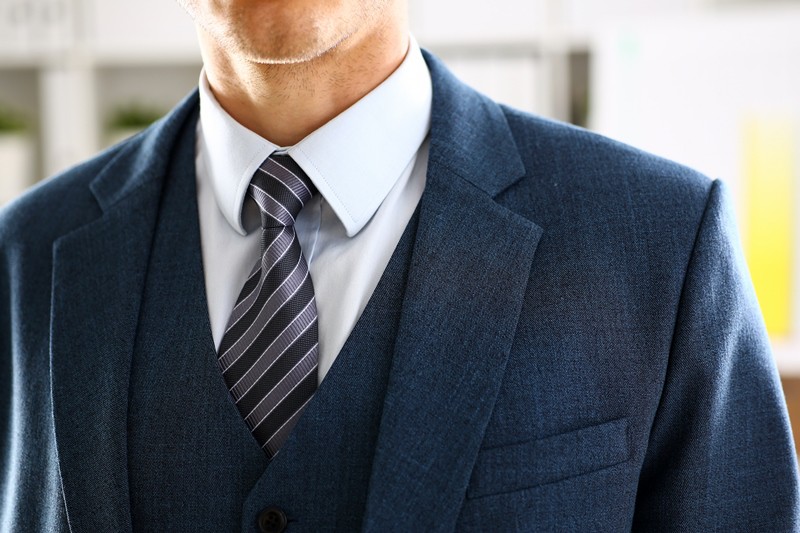 If “the middle” is your favorite place and you want the option to quickly release yourself from your tie at the end of the day, Nicky is your best option. The finished look is that of a medium knot thickness using only a medium amount of tie length. As you expel yourself from your cubicle or office when work is done, you can use a one-handed tug to have yourself out of the tie before you hit the elevators. 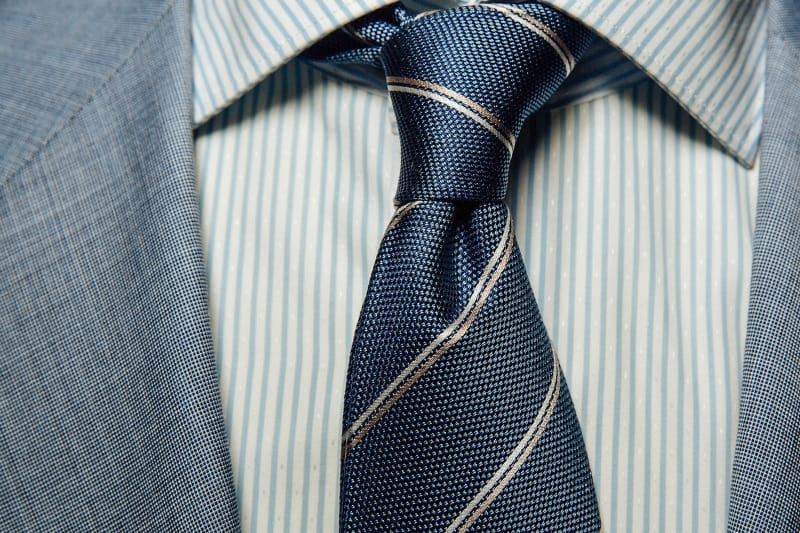 The Victoria knot is a sister to four-in-hand. It creates the same look of the four-in-hand, but because one extra loop around the forming knot is used, the knot becomes only slightly thicker than its brother’s. If your tie is too long, yet you want the four-in-hand look, the Victoria will please. That is, if you can handle the two extra movements associated with the knot tying process. 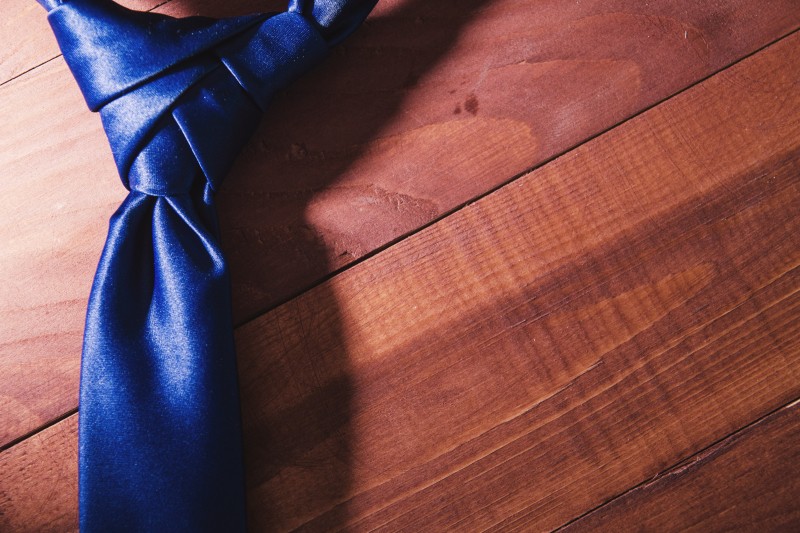 If you favored the idea of bucking tradition a little with the Atlantic knot, to show the knot’s inner workings outwardly, you will love the Eldridge. This knot is extremely polished and artistic, with five layers of your favorite silk alternating in a style very similar to that of an inverted rosebud or closed tulip. At once both powerful and fashionable, this knot exudes a certain confidence and attention to detail. 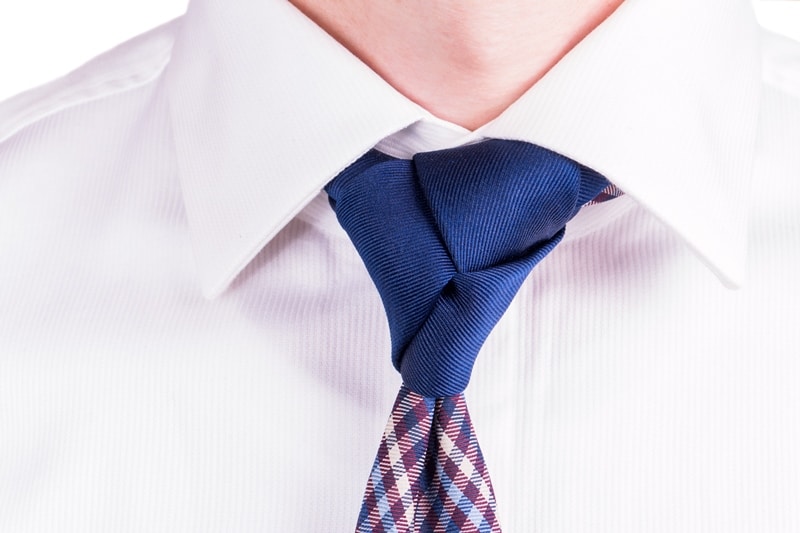 In the same exotic knot family as the Eldridge, the Trinity knot shows three layers of silk fabric at the knot, just as you would expect from its name. This knot seems to scream out “teamwork” and “cohesion.” Perfect for structured settings like corporate meetings, Trinity will evoke solidarity and common goals, while also generating a bit of conversation about its fashionable intricacy.