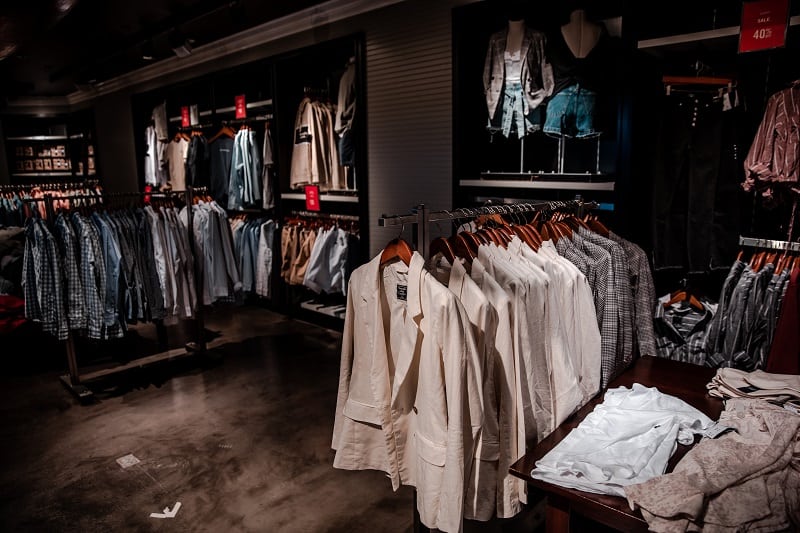 Abercrombie & Fitch vs. Hollister: Everything You Need To Know

Abercrombie & Fitch and Hollister may seem like two clothing brands that are interchangeable, and that’s likely because they’re owned by the same company. Hollister, which is known for their dimly lit retail stores, overwhelming yet weirdly comforting smell of their signature cologne, and laidback designs is totally reminiscent of Abercrombie, which offers casual clothing in a preppier style.

However, even with their similarities, Hollister and Abercrombie have a few differences, which we’ll explore below. Additionally, we’ve laid out everything you need to know about how to style each brand, which items can be integrated into every wardrobe, and more.

What Is Abercrombie & Fitch? 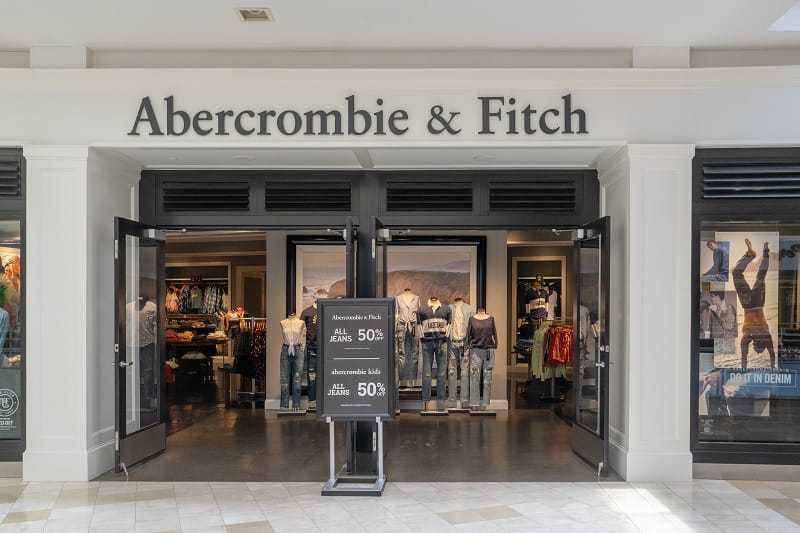 Abercrombie is an American clothing brand that was actually founded in 1892 under Abercrombie & Fitch. According to their website, Abercrombie “believes that every day should feel as exceptional as the start of the long weekend,” and their apparel, fragrance, and outerwear are “designed to inspire our global customers to feel confident, be comfortable, and face their Fierce.”

Abercrombie sells a wide variety of casual clothing, including sweatshirts, crewnecks, polo shirts, t-shirts, shorts, jeans, swimwear, and outerwear, and also sells accessories like hats, socks, boxers, and of course, cologne. Abercrombie & Fitch is a company that has multiple brands under its umbrella, including Abercrombie Kids, Gilly Hicks, which offers a variety of loungewear, sleepwear, and underwear, Social Tourist, which “offers trend-forward apparel that allows teens to experiment with their style while exploring the duality of who they are both on social media and in real life,” and of course, Hollister, which we’ll detail below. 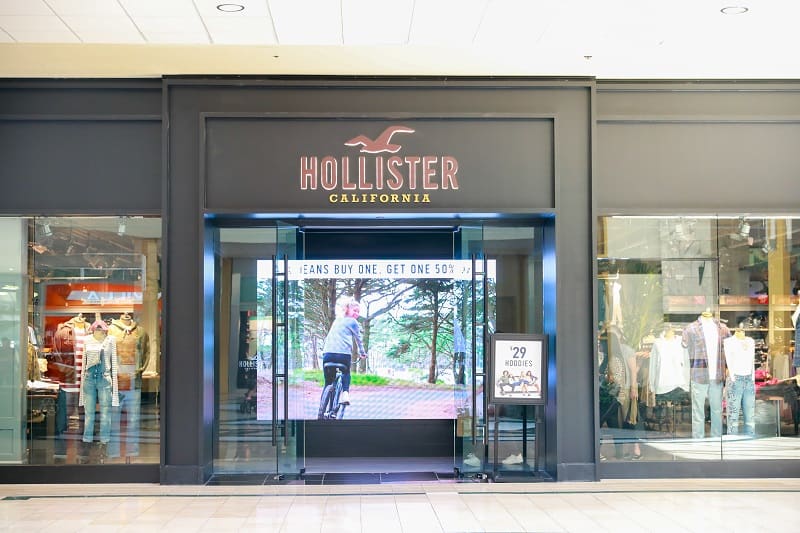 Hollister is a sister brand of Abercrombie, and according to their website, Hollister is the “quintessential apparel brand of the global teen consumer” and “celebrates the liberating spirit of the endless summer inside everyone.” The brand has long been Inspired by “California’s laidback attitude,” and “Hollister’s clothes are designed to be lived in and made your own, for wherever life takes you.”

Much like Abercrombie, Hollister sells casual clothing like jeans, shorts, t-shirts, hoodies, henleys, crewnecks, swimwear, socks, outerwear, and underwear, and also has a line of fragrances for both men and women. And while the two brands may seem completely interchangeable, thanks to their similar styles and parent company, there are actually a few slight differences between the two brands, which we’ll get into below.

See more about - Men’s Wearhouse vs. Jos. A. Bank: Everything You Need To Know

What Are the Main Differences Between Abercrombie and Hollister? 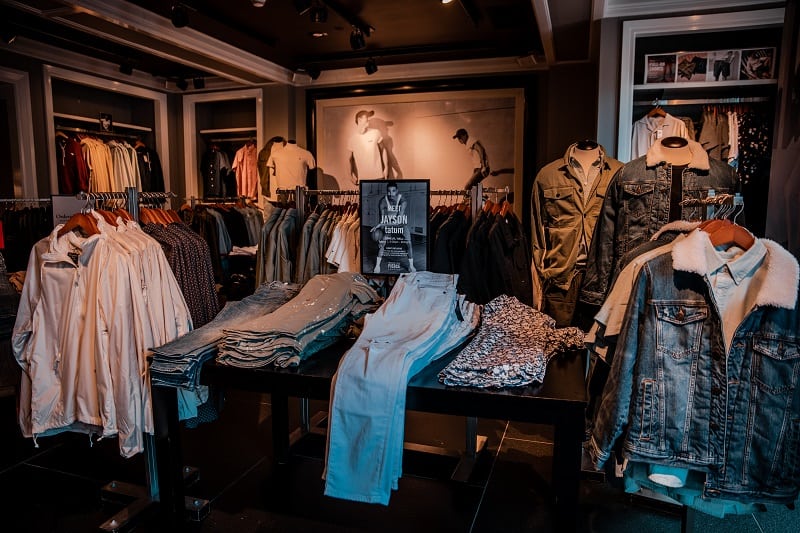 One of the main differences between Abercrombie and Hollister is the targeted age demographic for the two brands. Hollister, on one hand, is marketed more towards young teenagers and high schoolers, as a lot of their clothing errs on the younger side. This includes their recent addition of glow-in-the-dark underwear, slides, and more, as well tie-dye apparel, denim shorts, and sweater vests that appeal to the Gen Z style.

On the other hand, Abercrombie takes a more refined, less-is-more approach to a lot of their designs, which makes it appealing to an older, college-age demographic. From basic crewnecks in neutral colors to everyday chinos, Abercrombie offers a preppier approach to style in comparison to their sister company.

However, that’s not to say that you can’t find basic options at Hollister or more on-trend options at Abercrombie, as both brands offer a wide variety of clothing options – it’s just that in general, Abercrombie is considered a little preppier, while Hollister has more of a laid back, California-style vibe.

Price-wise, Hollister is a little cheaper than Abercrombie, and a lot of their clothes are often on sale online. Abercrombie is still totally affordable, although they do offer some high-end options, like this leather bomber jacket that’ll set you back a few hundred dollars, or this vegan suede shirt jacket, which also costs a pretty penny.

How To Style Abercrombie Clothing 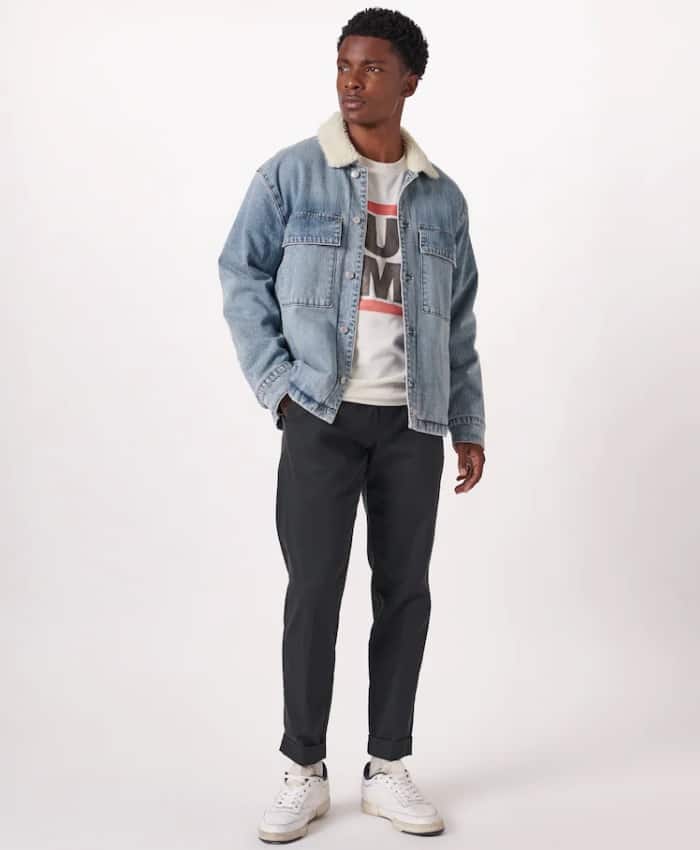 As previously mentioned, Abercrombie takes a more subdued approach when it comes to fashion, and the brand’s options are actually incredibly versatile when it comes to styling a complete outfit from Abercrombie or just adding pieces into your current wardrobe. A few pieces that’ll be great additions to any closet include the A&F All Day Jogger, the Sherpa Collar Denim Shirt Jacket, the Draspey Flannel (which is essential for fall), and the Essential Oversized Half-Zip Sweater.

For the ultimate casual weekend outfit, try the Essential Oversized Crew Sweatshirt in Grey paired with the A&F Skinny Jeans in Black, which are super comfortable and offer a bit of stretch, and throw on the Lightweight Puffer Vest if the temperatures dip.

How To Style Hollister Clothing 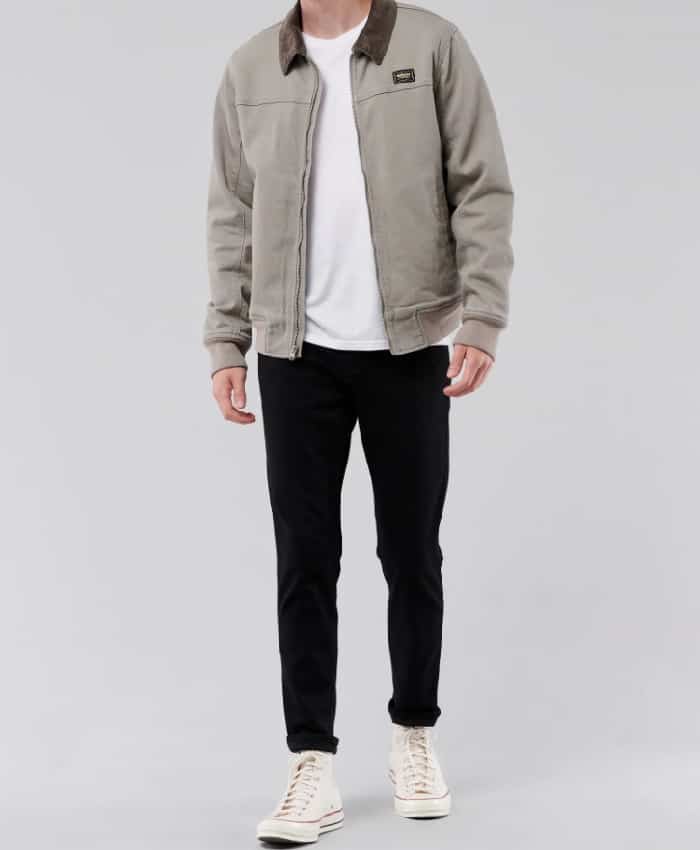 As previously mentioned, Hollister is geared toward a younger teen demographic; however, there are still ways to incorporate Hollister clothing items into your wardrobe, even if you’ve been out of your teens for years and years. Some California-cool clothing items that will seamlessly integrate into your existing wardrobe include the Workwear Bomber Jacket, the Crewneck T-Shirt 5-Pack, the Lightweight Hooded Plaid Flannel, and the Terry Jogger Shorts, which are available in eleven different colors and are perfect for lounging around the house on the weekends.

If you’re looking to sport Hollister from head to toe, try pairing the Skinny Chino Pants, which come in seven different colors, with the Heavyweight Henley T-Shirt, which is available in five different hues. Throw on the Hooded Denim Jacket when it gets chilly, and you have yourself one cool fit.