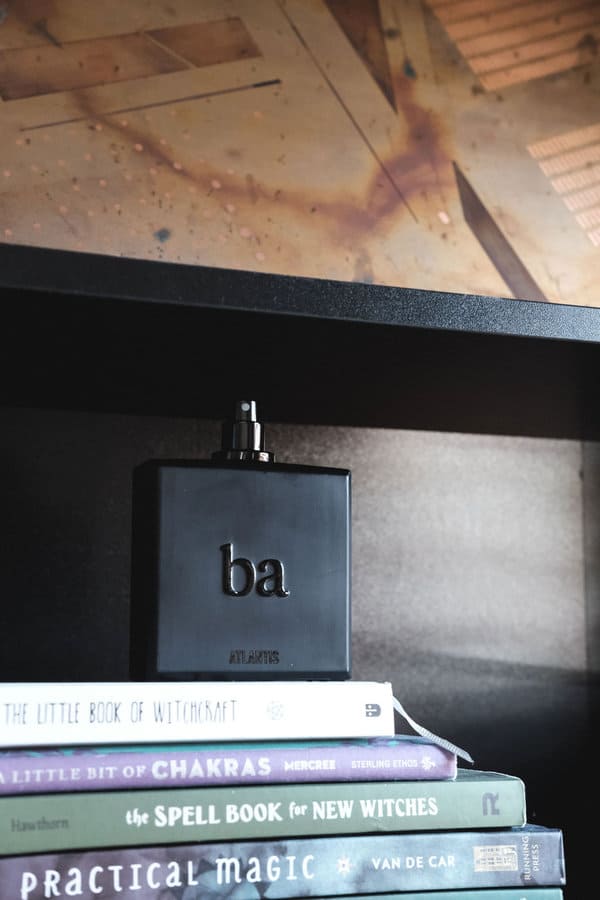 Before we jump into the full Blu Atlas Atlantis Cologne Review, let’s talk about the power of smell:

Of all of the five senses, I think that smell may be the most important to me. For my entire life, I’ve had a serious aversion to the idea that I might smell unpleasant, even after a hard day’s work or a session at the gym. It’s just not for me. I like to smell nice.

After reading that, you will have a reason to believe that I have a fully stocked storeroom of colognes, perfumes, and sensory additions to spruce up the wardrobe with the seasons. Well, I hate to burst your bubble. I have a pretty good roster of candles and incense in the house, but I have never been all that much of a cologne guy. 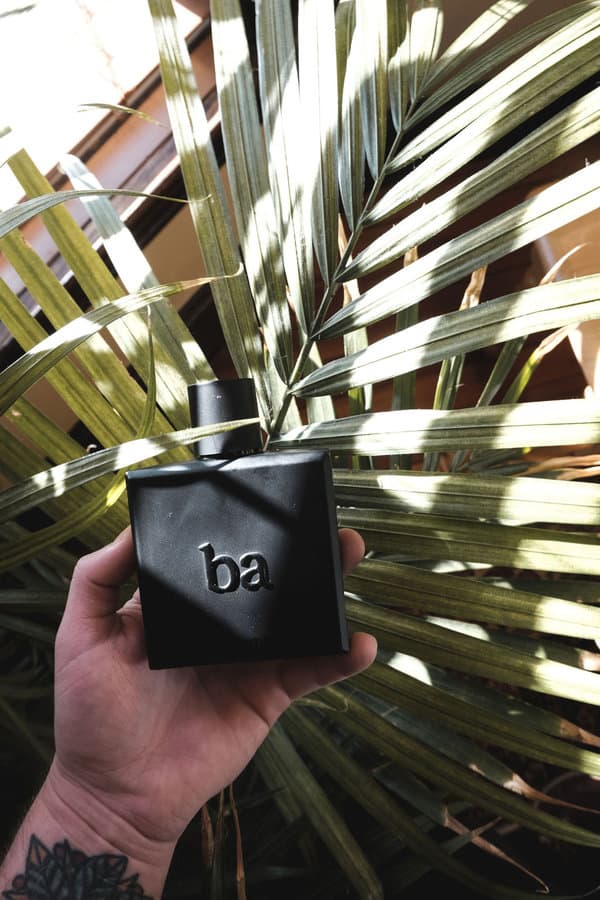 Growing up, cologne or any kind of scented spray wasn’t really allowed around the house. I have a few family members with sensitivities who would come over often and frequently leave with migraines, which didn’t do much for our family’s social status. That being said, I kept it pretty sparse with lightly scented deodorant and made sure that my body washes and shampoos were doing the right job. I hadn’t put much thought into what a good cologne could do for my market value until later on in life.

Once I had a little more exposure, it started to click. Smell is one of the most powerful agents of memory. I don’t have to explain this. You know the phenomenon when you smell your mother’s cooking, fresh-cut grass to welcome in the summer, or your second-grade school building and the nostalgia that comes with it. (now, I spent most of my first day of second grade in tears, I’m sure, so that’s not a great memory, but you get the point.)

Cologne extends that principle to the human form. Even just the other day, I was really struck by a perfume that a woman was wearing at the grocery store. Despite not having a physical or verbal interaction with her, her choice of scent provoked a nostalgic response in me without even having to communicate. That’s powerful stuff and goes a very long way in creating and curating the personal mark that you leave with the people around you.

On one hand, you might not think that I’m the best judge when it comes to selecting the best cologne for daily use. On the other hand, I’m a clean slate. That might just make me the best judge you’ll find.

One thing I found to be true across folks with deep knowledge and respect for colognes and perfumes is that they have a distinct taste for what they like and don’t like. I think with a little less of a critical view, you can open your mind up to scents and expressions that you may not have considered otherwise.

All of that to say that I think I’ve found something pretty good, and I want to tell you about it. After checking out the full spread of products from newcomers to the skincare game Blu Atlas, I’ve found myself reaching for the bottle of their signature cologne time after time as I have gotten ready for my day. In hopes of simplifying the mysteries around the complicated world of smelling good, I’ve gone ahead and highlighted a few of my favorite functions of Atlantis, the inaugural fragrance from Blu Atlas. 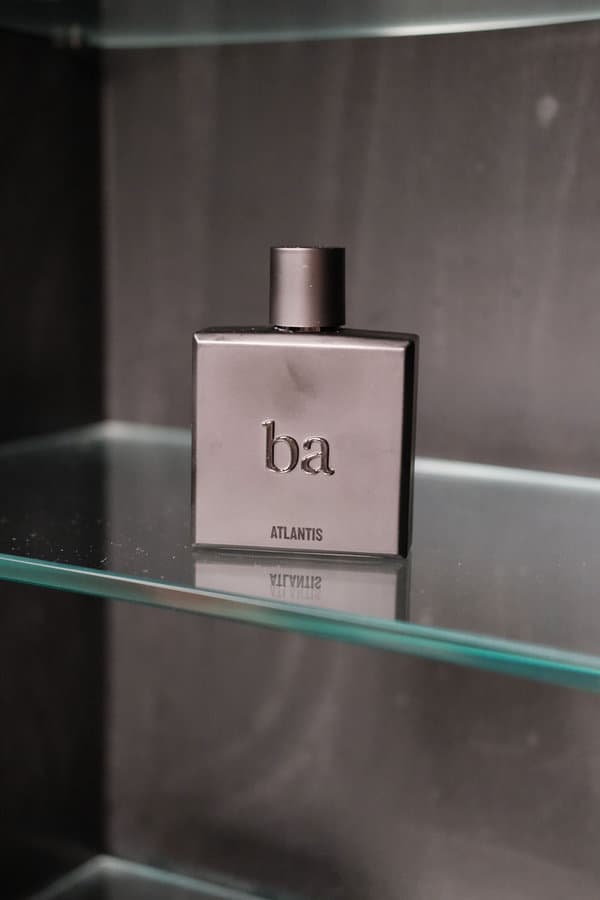 When it comes to my personal preference, I am above all else looking for simplicity and cleanliness. I do not want to evoke memories of the middle school locker room and I do not want to smell like a generic branded experience made for men who don’t want to have to think about it. Complexity is great, duality is better, but simplicity is king.

I think Blu Atlas hit all of those notes (hah!) with Atlantis. Out of the bottle, the smell is not overwhelming, but calm in the way it lingers out. I like that. While not overpowering, the fragrance is bright while also feeling deep and rich (this, my friends, is duality!). 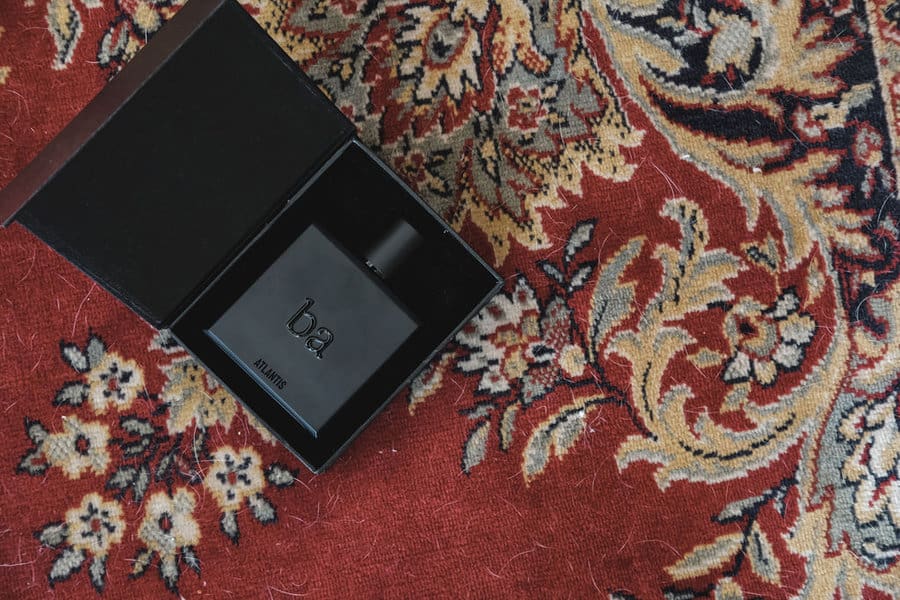 As for the specific profiles at play, the initial cleanliness comes from heavy top notes of lemon and bergamot, which are both familiar fragrances for freshness on the axis of earthiness, adding to the appeal of a fragrance designed for men without being outright and flagrantly “manly.” The tropical inspiration really kicks in as the wear progresses, employing lavender and stonefruit (like peaches and apricots) to evoke a warm sense of adventure. The lingering base notes are where the fragrance really hammers home the vision of long-lasting adventure, pulling in oak moss, musk, and violet to once again utilize duality to tell a story equally of tranquility and adventure.

In short, this is a home run for men looking for a distinct smell that blends in nicely with what you’re comfortable with. You can’t help but pick up on the inspiration once you smell for yourself, but we’ll get to that in a little bit.

It took befriending someone who was deep in the world of natural perfumery to really bring to light that cologne goes far beyond what you can find behind the counter at the gas station.

Scent is a complicated industry, as perfumers must work hard to please both the market as a whole and elevate the individual experience of each user as they integrate the product into their daily life. This is not an easy task, and anyone in the game of smell will tell you this firsthand.

This reality at play makes it even more impressive that Blu Atlas has made such a crowd-pleaser with Atlantis. What I mean by a crowd pleaser is that the scent is approachable from many different access points of masculinity, while still reading as unique to the individual wearer. 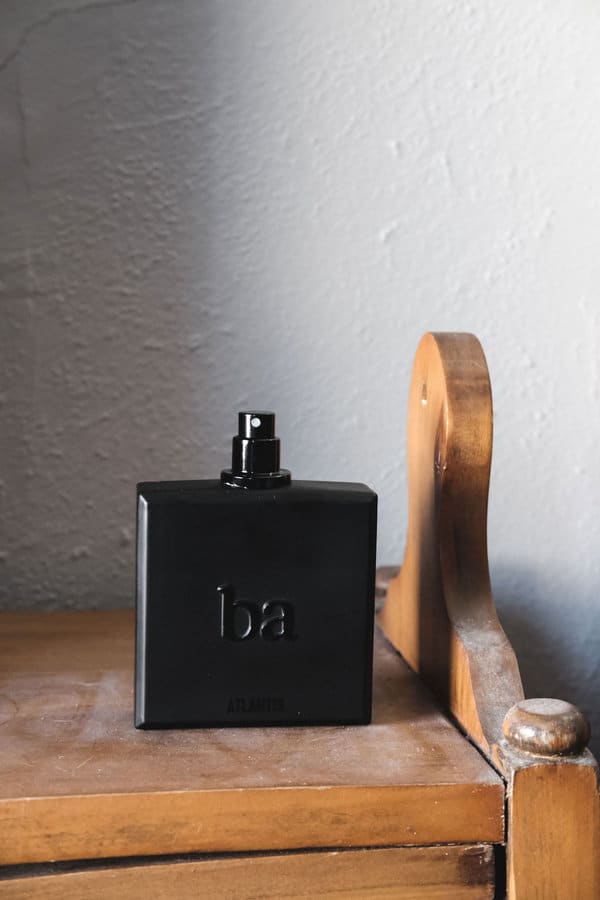 A few years ago, anything marketed specifically to men in the body care and personal grooming world was basically just flat-marketed as “manly.” Not much distinction there, if you ask me. I am happy to theorize that perhaps the day and age of men’s goods equaling lumberjack caricature might be behind us, and Blu Atlas has risen to the challenge with speed and agility.

Once you get a whiff for yourself, you’ll see what I’m saying. Atlantis could be worn just as comfortably by a 5’5 computer programmer with a pocket protector as it would be by a mechanic looking to cover up a post-shift smell of motor oil.

Okay, those are caricatures too, but I’m thinking we’re likely on the same track. The win here is that the subtlety and cleanness of Atlantis make it malleable to however you plan on wearing it, something that very few colognes manage to accomplish on their own.

The Inspiration Behind Blu Atlas Atlantis 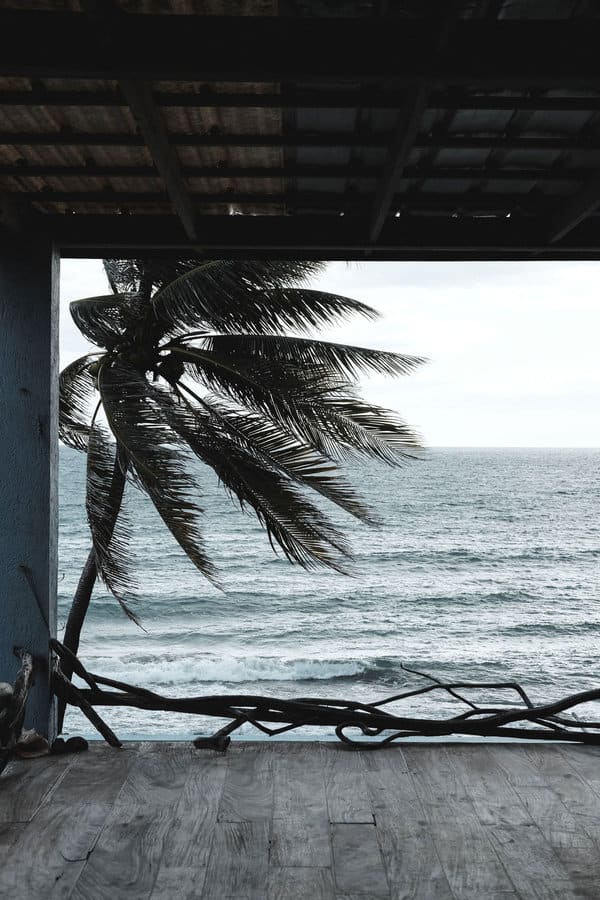 Blu Atlas pulls inspiration from their experience of adventuring through the jungles of Bali. While adventure alone in itself is enough to help me uplift my day, I urge you to re-read the fragrance notes above with the vision of riding in a topless Jeep through winding jungle roads. I mean, that’s pretty cool. Not a bad place to escape for a minute or two, if you ask me.

Is my description not enough for you? Take it from Blu Atlas, then. Here’s their creative statement speaking to the intentions of Atlantis:

“We’ve designed Atlantis for the guy who travels off the beaten path, for the guy that craves adventure, who isn’t afraid of venturing into the unknown. Because that’s where the best stories always happen.”

It’s one thing to feel confident in your own opinion, but it’s another to have it validated by folks that really know what they’re talking about. In the case of Atlantis, my initial thoughts and lasting impression of the signature fragrance are backed up by those of the critics.

After a relatively short time on the market, Blu Atlas has gotten some impressive press and reviews from big names that know what they’re talking about. In fact, Forbes (a name you’ve likely heard in the world of men’s fashion and body care) has said that Atlantis is the “#1 best men’s cologne.” 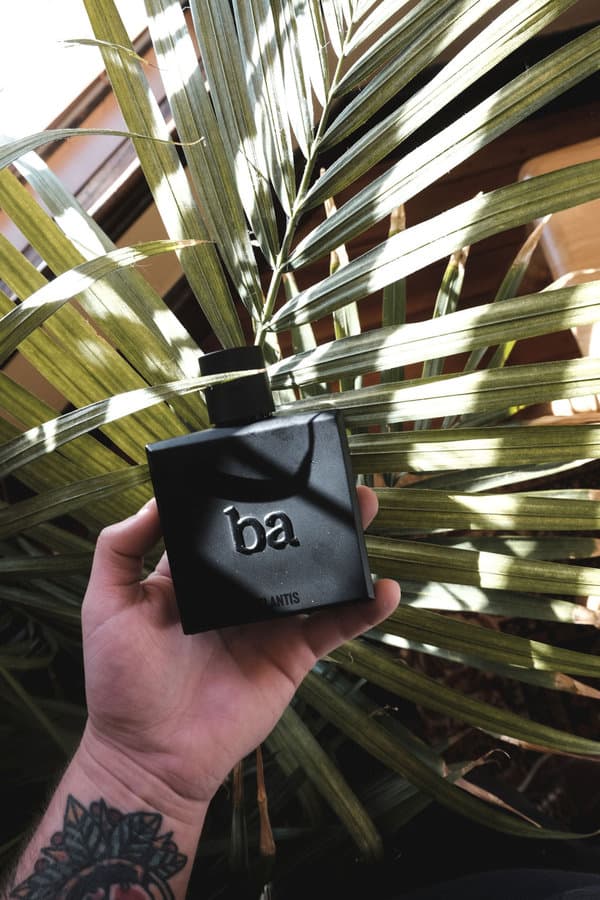 I mean, do you need more than that? You can’t say it more directly than they have. You better get a move on, though, we’re almost through with 2022! All jokes aside, I think these reviews will be standing the test of time.

As much as we all try to get out and experience the world, unfortunately, most of us don’t live the kind of lifestyle where we’re getting the amount of adventure we’d really wish for ourselves. It’s important to find that refuge and inspiration where and when you can, and in ways that make sense with your day to day.

Adding a personal cologne to your routine brings consistency, sparks interaction, and acts as a personal signature as you flow through your day.

Blu Atlas has clicked these two problems together in one 100ml bottle. If that all sounds up your alley, then here’s your solution: Atlantis.

You can find Atlantis, Blu Atlas’ signature cologne, on their website.