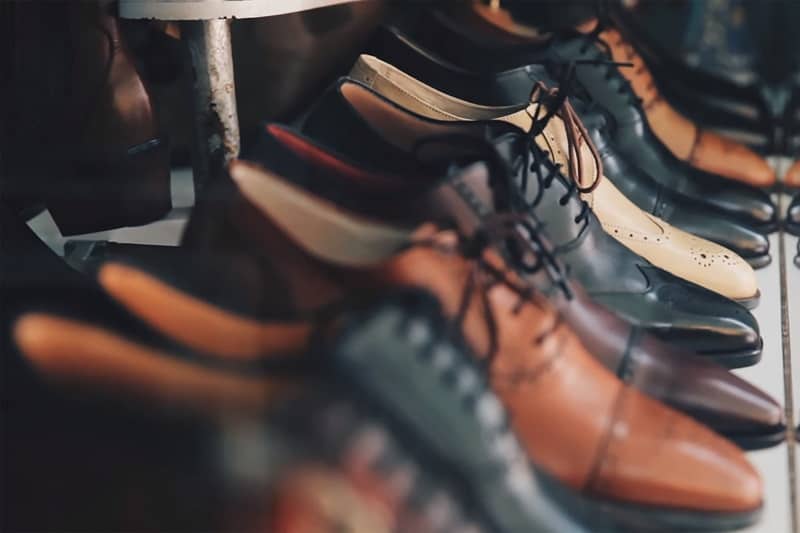 Blucher vs. Oxford: Everything You Need To Know

Derbys, bluchers, loafers, Oxfords, chukkas, sneakers, oh my! So many shoes, so little time. Some of these shoes may look the same to the untrained eye, but they all have differentiating features that set them apart. bluchers and Oxfords are two styles of footwear that may look very similar, but in reality, have differences both in their construction and their history. 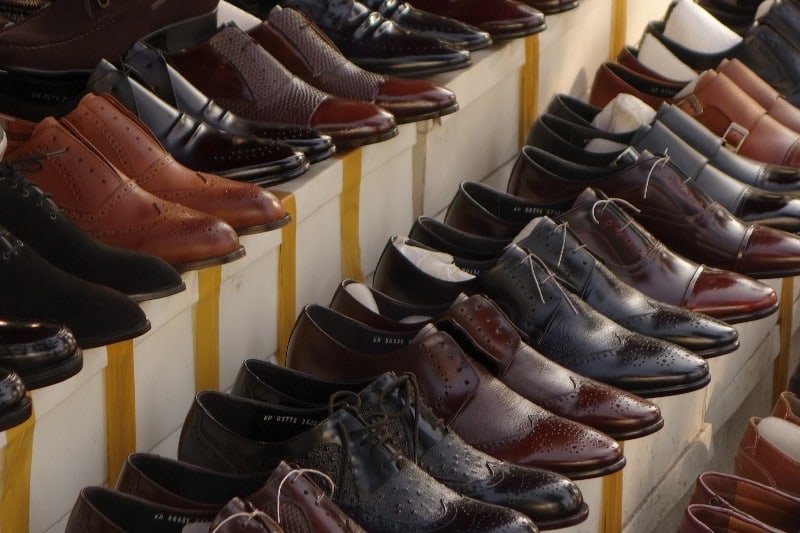 The biggest defining characteristic between an Oxford and a blucher is the lacing system. An Oxford has a closed lacing system while the blucher has an open system in the form of two quarters that are sewn onto the vamp.

Now that we have established those two definitions, in the open lacing system of the blucher, the quarters are sewn on top of the vamp with the shoelace eyelet facings stitched on top. In an open lacing system, the lace flaps are not conjoined at the bottom. Instead, they are joined by the laces which usually creates a slight gap between the two when the laces are tied. Gap = open … hence, open lacing system.

This contrasts with the closed lacing system of the Oxford where the vamp is stitched on top of the quarters with the eyelet facings stitched underneath. The lace flaps are joined at the bottom so that when the laces are tied, there should be no visual gap between the two. No gap = closed lacing system. This is considered to be the more formal of the two styles, but both Oxfords and bluchers are considered to be formal wear. Because of the closed-lacing system, Oxfords can be a little restrictive if you have a high instep. This just means you need to find a good Oxford that fits you well.

Most British Oxfords have five eyelet holes on each side, while American Oxfords tend to have six. The Oxford’s eyelet tabs form a “V” on the lacing system. Brown is usually chosen for more casual looks, black is the number one choice for an evening look, while patent leather tends to be reserved for black tie and white tie.

See more about - Loafers vs. Oxfords: Everything You Need To Know

History of the Blucher 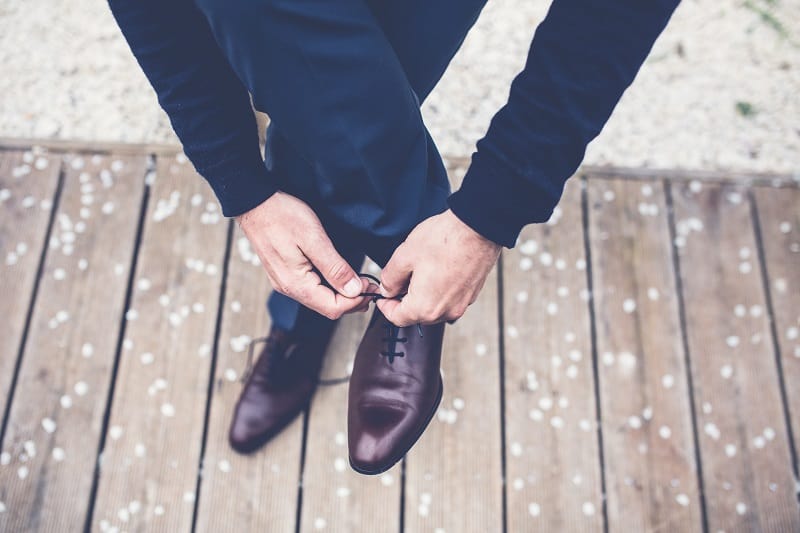 The elegant, versatile, yet delightfully restrained aesthetic of the blucher is typically associated with British style, leading people to believe that they originated from the United Kingdom. However, Prussia and the military are where we can attribute their humble beginnings.

The name of this shoe comes from its creator’s surname, Prussian Grand Marshal Gebhard Leberecht von Blücher. He was a military man during the late 18th century and beginning of the 19th century during a time of great warfare. The blucher shoe was created to ensure that soldiers had hefty footwear that would last during long marches and uninterrupted wear. bluchers were built to be worn everyday, continuously, and to last.

Over time, the shoe slowly but surely made its way into non-military contexts. They became a go-to shoe for bringing in a touch of class and personality to male wardrobes before breaking away from their masculine origins and becoming available in a wide variety of women’s blucher styles as well. Today, bluchers are a common wardrobe essential for both casual and elegant looks. They go well with denim, adding a touch of formality to your casual look – and they also look great with a suit!

History of the Oxford 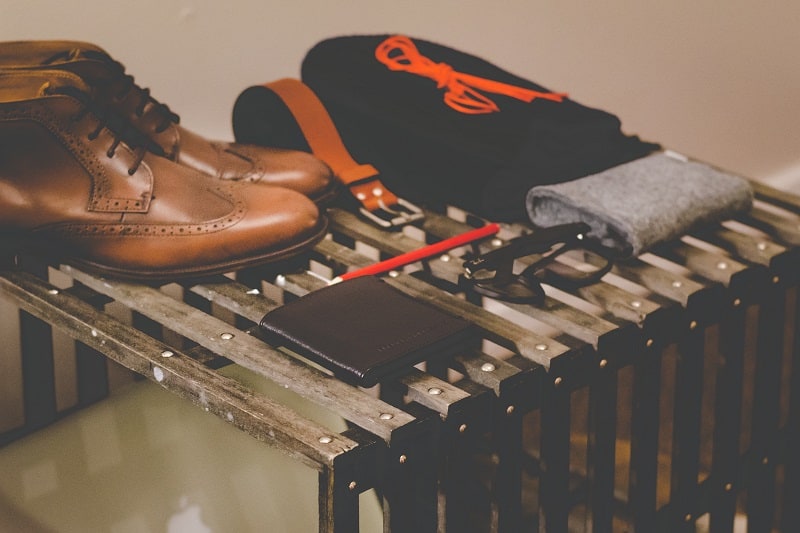 During the 17th century, men’s footwear was dominated by boots. Popularized by King Louis XIV of France, more often than not, these boots were high, both in heel height and shaft, and tightly fitted with buttons rather than laces and were worn both indoors and outdoors. Since France was the cultural epicenter in Europe at that time, most gentlemen kept their style choices, including footwear, in line with the French Court.

This style of shoe was very uncomfortable and over time, rumor has it that in 1895 the students at Oxford University popularized a half-boot, which was referred to as the Oxonian Shoe. Oxford shoes? Oxford comma? Yes, these things were all born at Oxford University!

At first, this shoe featured narrow slits on its sides which made them more comfortable to wear on campus all day, instead of their higher-shafted predecessor. Over time, the side slits were replaced with laces which eventually made their way to the instep. Further changes to the boot included lowering the heel and the height of the shaft was also lowered to expose the ankle, making the shoe look more like what we are used to seeing today.

Ironically, even though the Oxford is a shoe with collegiate origins, today it would be considered a little too formal for your average on-campus college student. However, there are those individuals who enjoy dressing up, no matter the occasion, but keep in mind, Oxfords look good with denim as well.

There’s also a competing origin story. It claims Oxfords actually had their origins in Scotland and Ireland. Back in the 1800s, the Oxford-style shoe was often worn in the queen’s Scottish castle known as Balmoral Castle. If you’ve ever heard an Oxford shoe referred to as a Baltype or Balmoral, this is where that terminology comes from.

Sometimes in the United States, the terms Oxfords and Balmoral are interchangeable. However, in England, Balmorals are a specific type of Oxford with an extended M-shaped toe cap.

Isn’t history fun? Now you can bore, I mean, entertain people with stories of where their shoes originated from. You can also regale them with tales of open and closed lacing systems. Which, honestly, is slightly more interesting than the history.

Since bluchers and Oxfords are so similar in looks and construction, checking out the lacing system is your best bet at telling them apart. It can be your new cool party trick.

See more about - Oxfords vs. Brogues: Everything You Need To Know