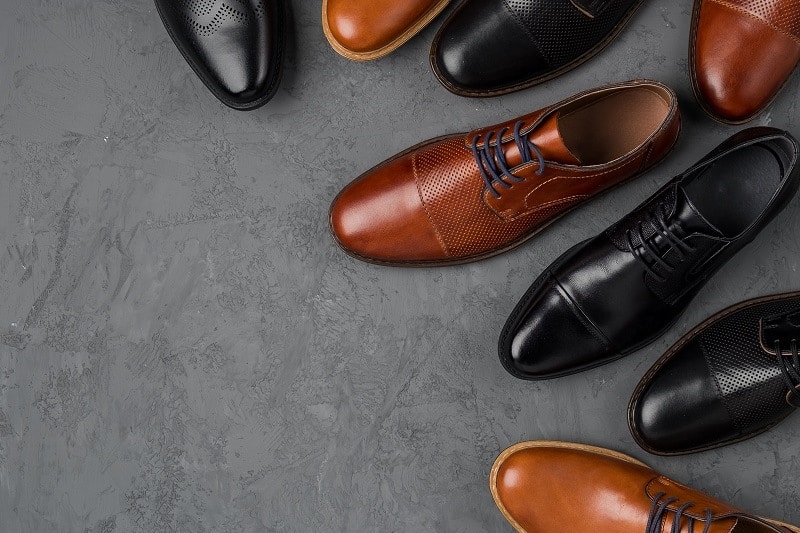 Like it or not, shoes have the ability to make or break an outfit. While this can be fun for men with large shoe selections in their wardrobe, it can be a hard fact of life for those of us who make it through life with no more than one or two pairs.

The good news is that you don’t need to blow your entire savings account on ten new pairs of shoes. Once you know what you’re looking for, you can purchase a small but trustworthy selection of shoes that can work well in any situation. Here is a list of eight of the best business casual shoes for men. 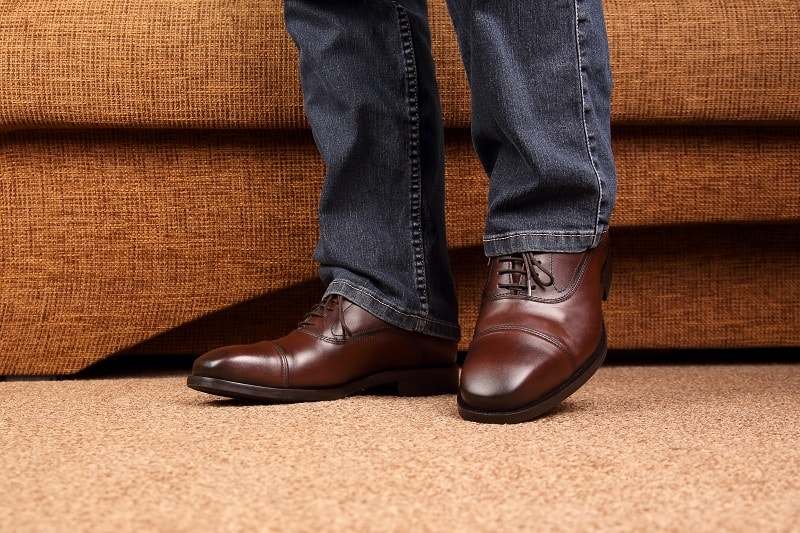 Many of us are familiar with the classic Oxford shoe, but did you know that this is a style that has many variants? Although Oxford shoes were intended to be a simple formal shoe for men made of leather, they have evolved over the years to adapt to a variety of trends and styles and can be now found made of materials such as suede, canvas, and synthetic materials. 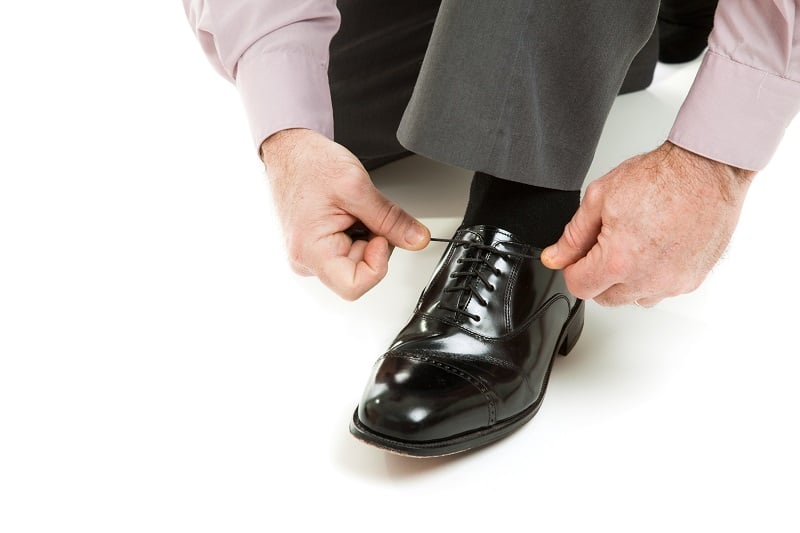 The beauty of Oxford shoes is that they hit the mark between casual and formal. While they don’t look out of place at an informal social gathering, they are also acceptable for use in professional or formal settings. There aren’t many shoes that can match so well both with jeans and with dress pants.

While Oxfords can come in a variety of colors, you can’t go wrong with a simple dark brown or black option that will be sure to match with just about everything.

See more about - The 12 Best Oxford Shoes for Men 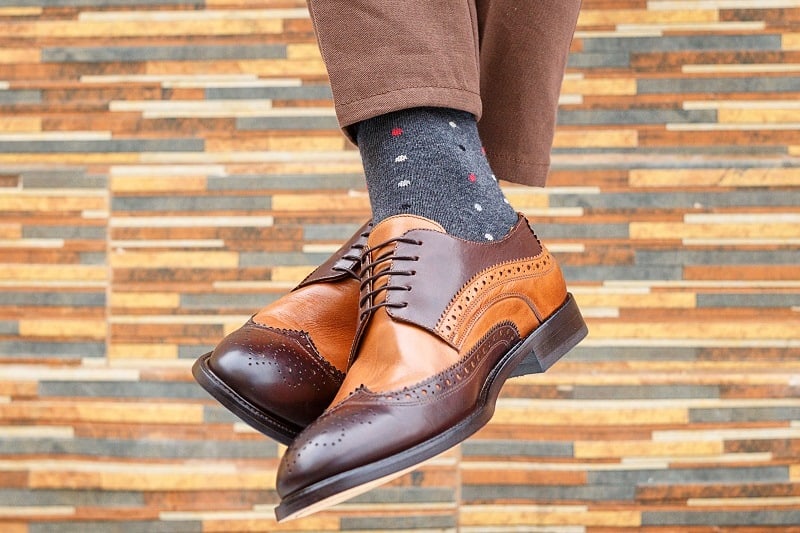 Even if you haven’t heard the term “brogue” before, chances are you have seen this shoe around. Although similar to Oxfords with the naked eye, brogues are characterized by open laces as well as “perforations”, which refers to small decorative rows of holes on the top of the shoe. 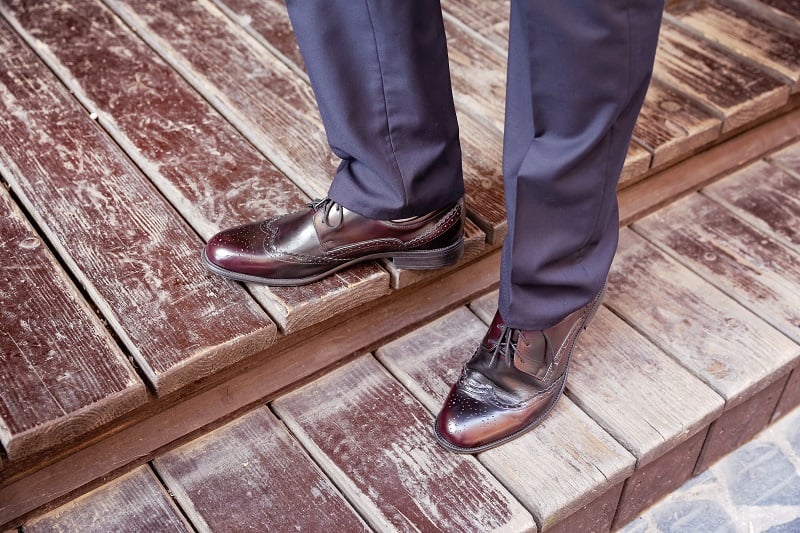 Similar to the Oxford look, brogue is somewhat of a footwear chameleon, successfully lending itself to a variety of settings that each require different attire.

However, what sets a nice pair of brogues apart is the detailing on the shoe which makes them a more ornate choice. It’s not going to be everybody’s style, but if you like things a little bit fancy, then this might be the ideal pair for you. 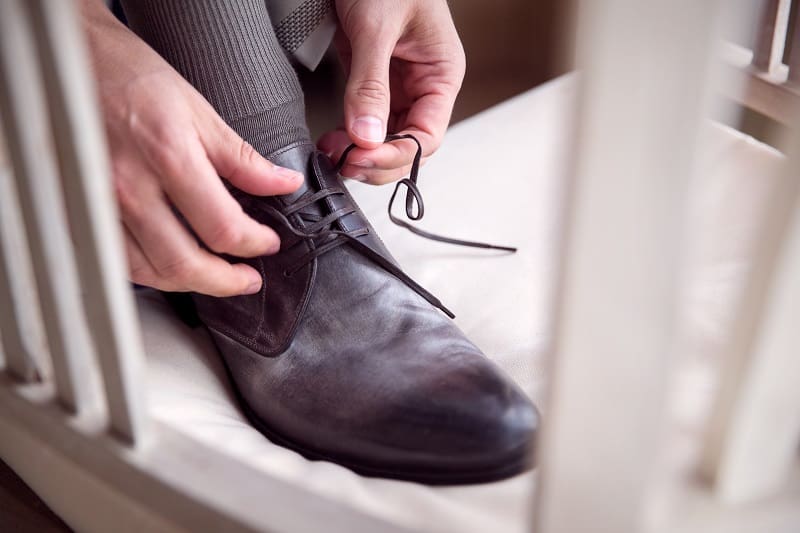 Derbies are a type of open-lace shoe that is also sometimes called a blutcher. Originally a hunting or sporting boot, today a derby is another type of functional-yet-fancy footwear.

For many men, their go-to dress shoe is a pair of derbies. However, this shoe has more to offer than can be revealed by taking them out of your closet twice a year. It may not be your first instinct, but if you have derbies on hand, try wearing them with a pair of jeans. You may be surprised by how well they go together. 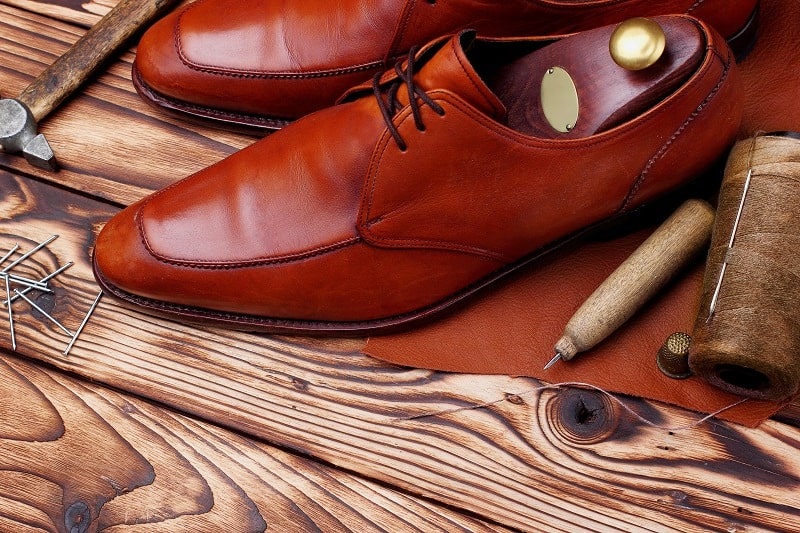 That being said, there is no denying that a pair of derbies shines the most when it’s used in a formal setting.  Whether you pair it with your favorite suit or a pair of wool dress pants, a classic pair of derbies is sure to pull your outfit together nicely. 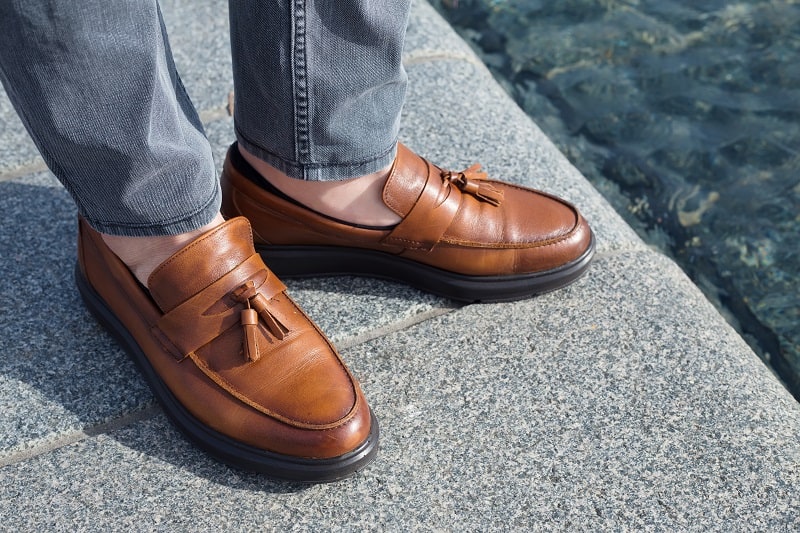 Loafers can be such a broad term for shoe types, but they usually have at least a few of the following characteristics in common. They generally slip on your feet, and do not use laces. They are usually made of leather, although they can also be made of canvas or synthetic materials. 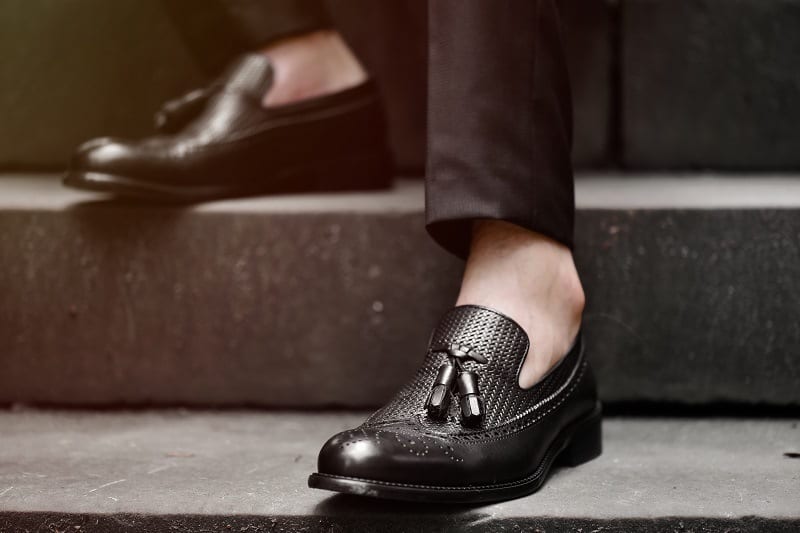 Although loafers were initially thought of as a casual shoe, it has become more culturally acceptable to wear them in a formal setting. In fact, recognizing this, more and more upscale fashion companies are offering loafers to fit all tastes. Modern loafers are a trendy fashion statement to add to your wardrobe. 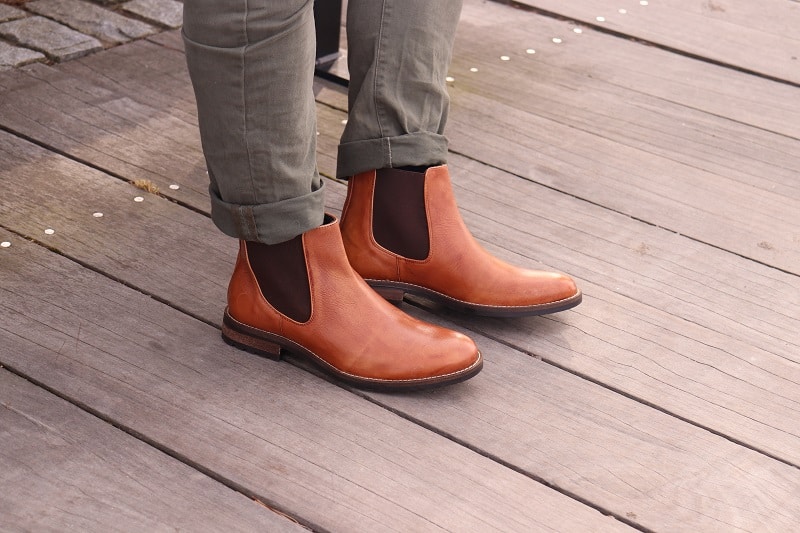 Chelsea boots got their name in the 1950s and 1960s, when they were a popular footwear choice in the London mod scene, although they can actually trace their origins to Victorian times. Throughout their life cycle, they have not only been a popular boot to grace the shoe racks of men and women alike, but have also been worn by everyone from the Beatles to the Rolling Stones. 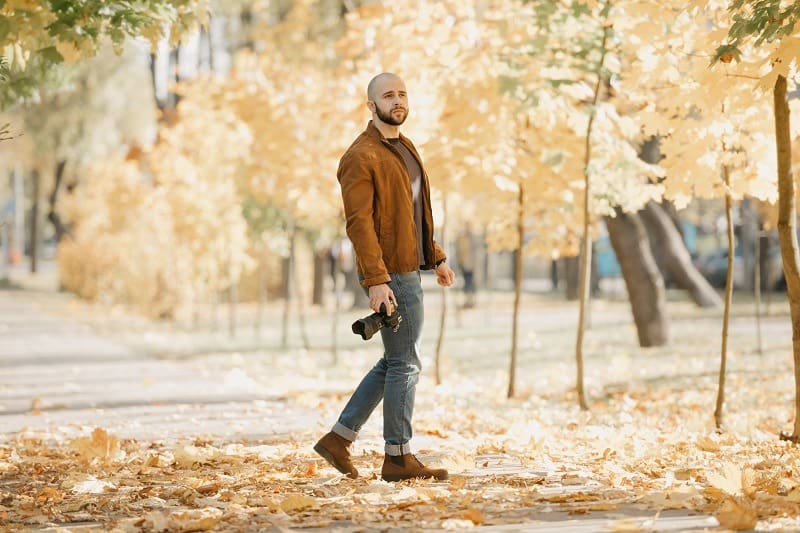 Chelsea boots can come in a number of variations, from dress shoes to work boots. Their level of formality will often depend on the materials that are used to construct them. Although they are often made of leather, it is also possible to find Chelsea boots that are made of synthetic materials or suede.

Chelsea boots look great with a pair of jeans, but can also work surprisingly well with a suit. They are a classic autumn favorite and can be sometimes worn into the winter, too, depending on your climate.

See more about - The 9 Best Chelsea Boots for Men 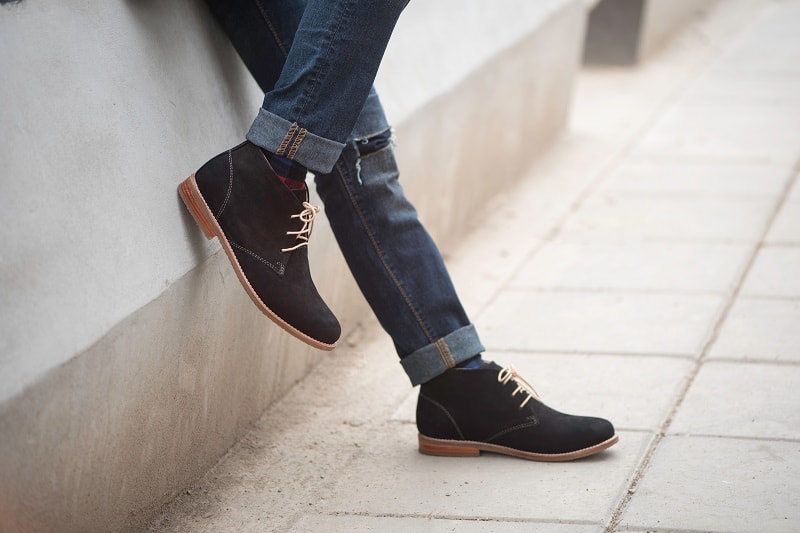 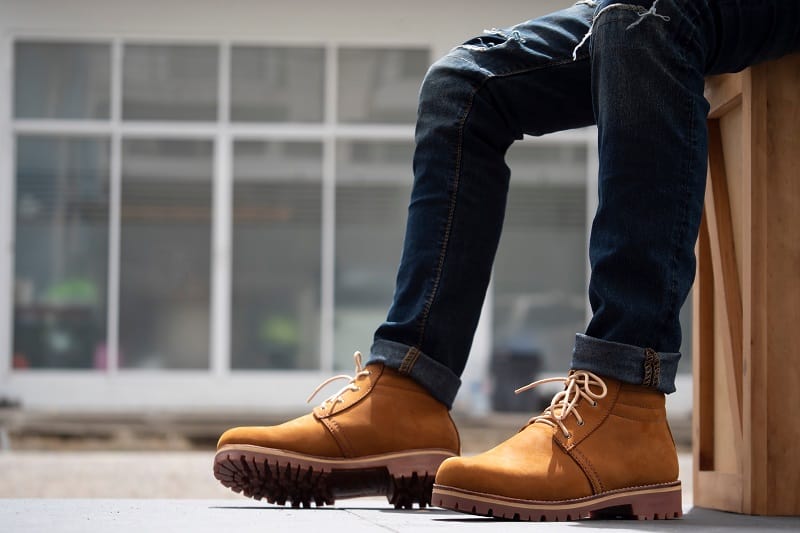 Men’s dress boots are most commonly made of canvas or a suede material and can come in a variety of colors. They often have a soft toe and may not be suitable for harsh environments. Dress boots differ from work boots in that they often do not have a rubber soul and can even have aesthetic designs or patterns.

See more about - The 10 Best Dress Boots For Men 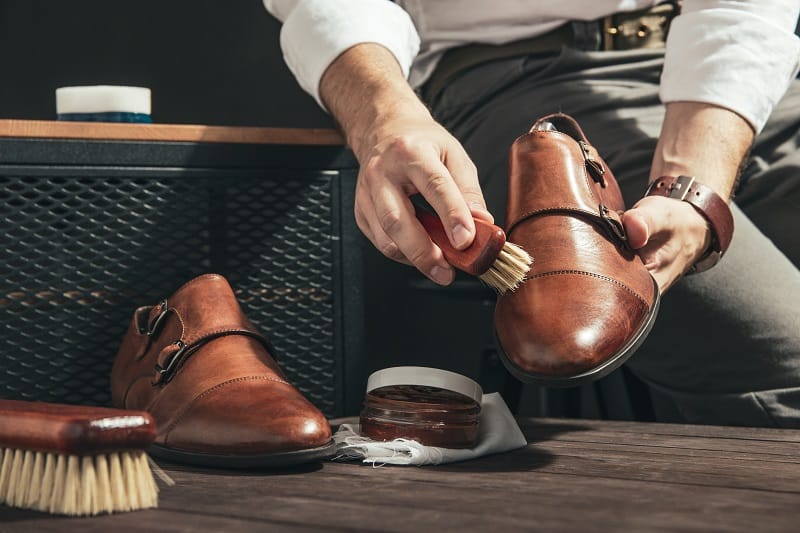 Monk straps, despite their odd name, are a pretty common shoe type for men. Also called a monk shoe, they are somewhat similar to loafers in that they lack laces. However, what is distinctive about them is a collection of functional buckles and/or straps.

Monk shoes are commonly made out of suede. They are none for occupying a space that is neither formal nor informal, meaning that they go well aesthetically in a variety of scenarios. It goes well naturally with conventional dress suits as well as more unique patterns like tweed. 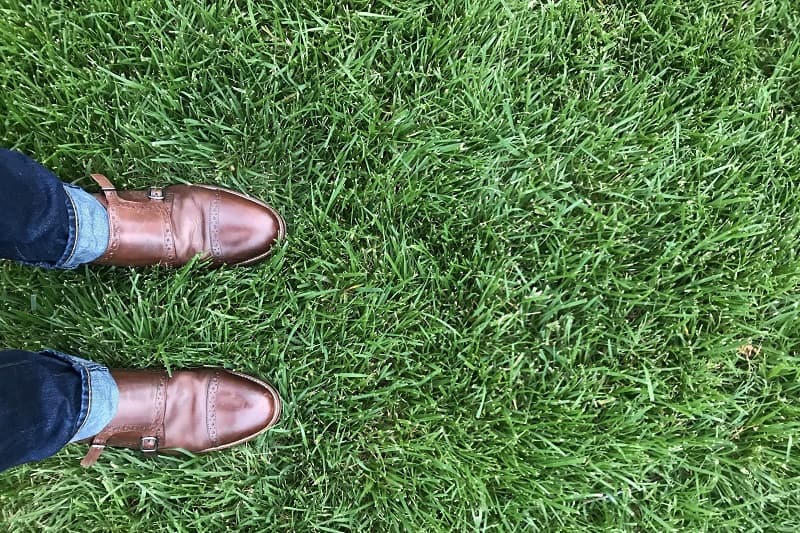 An added bonus, monk shoes are also known for their comfort, as it is customary for many of them to come with a padded insole and lining made of leather. 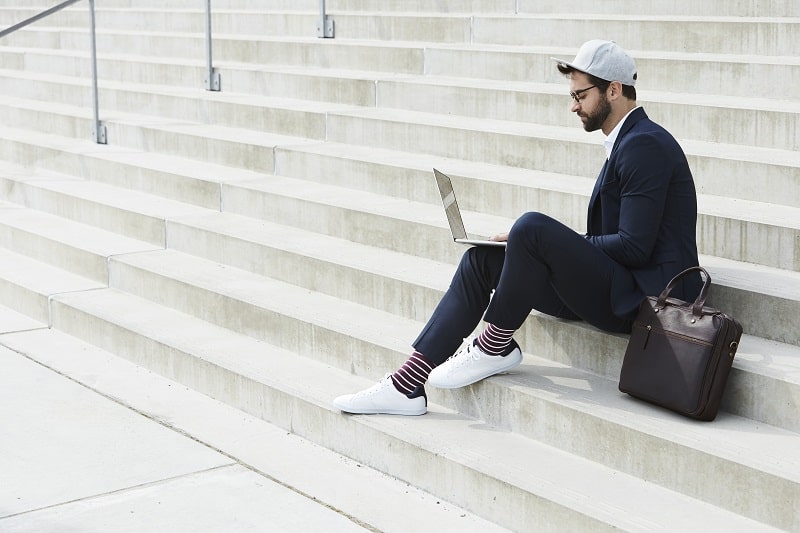 If you’re not really a dress shoe kind of guy, we understand if this article has you feeling kind of alienated. After all, we promised you forms of business casual attire. In the last entry in this list, we will focus on how minimalist sneakers can actually make a wonderful part of your business casual outfit.

Minimalist sneakers are — you guessed it — sneakers that use a minimal design free of patterns or bright colors. They are generally plain white, grey, or black, although they could be any neutral color.

Aside from the obvious benefit of being comfortable, when implemented correctly minimalist sneakers can also be a very trendy fashion choice. This is obviously true in casual settings, where most men wouldn’t hesitate to reach for a pair of sneakers to go with their jeans or casual pants. However, it is actually possible to pull off wearing a pair of simple running shoes with a suit. 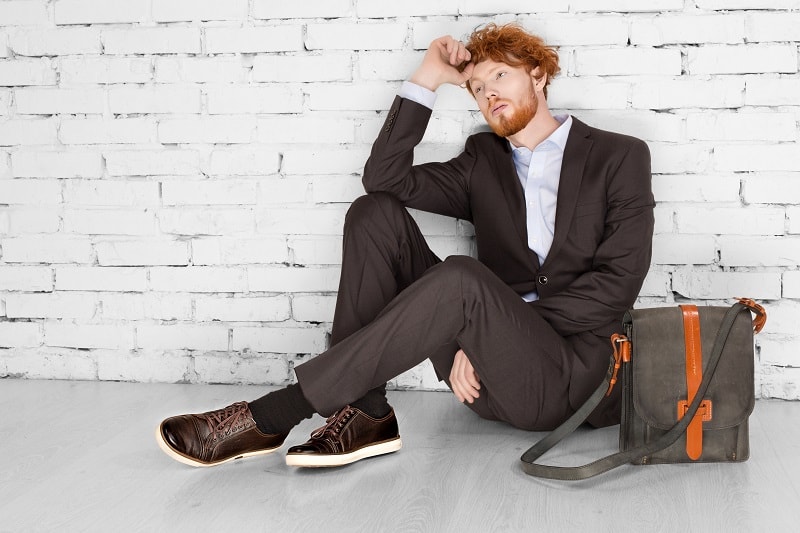 Here’s how: first, choose a plain sneaker in a simple color. Then, choose a suit that is also in a neutral shade, preferably one that is opposite from the color of your sneaker. The contrast will help make your outfit appear well thought-out, and less like you simply reached for your sneakers because you had nothing else to wear.

If this sounds like too much of a stretch to you, you will be happy to know that there is a middle ground available in the form of casual sneakers made of leather or suede.

The 11 Best Gym Shoes for Men