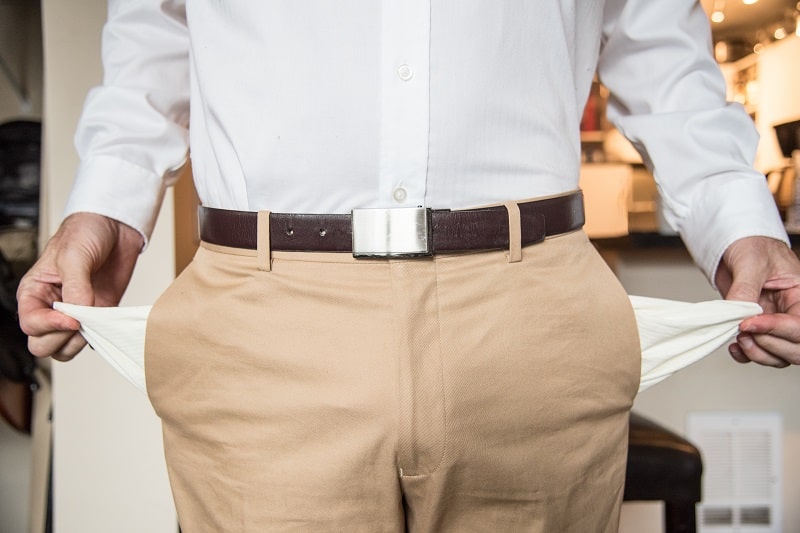 Chinos vs Khakis – What Makes These Men’s Trousers Stand Apart

When you think of the word Khaki, chances are you think of the color first, then the pants. But throw Chinos in the mix, and suddenly all that comes to mind are a particular type of pants. You know there’s a difference between the two pants, but what in the world is it?

Let’s take a trip back in time to 1846. There you’ll find Sir Harry Lumsden, a commanding officer of an English army in Punjab, India, seeking relief from the harsh locate climate.

To problem solve, both he and his men wore vivid white Khaki pants and red tunics. He had effectively beaten the heat, of course, but now his troops stuck out like a sore thumb in the terrain. And if you’ve read any military history book, you’ll know a wise strategy can mean the difference between defeat and victory.

Thus Sir Harry Lumsden improvised once more, only this time by using Mazari, a native Punjab plant, as his inspiration. By doing so, he had effectuality blended the color of the pants to match the local terrain.

However, little did he know, at the time his creation would spark the way for a Khaki standard in the military. Two years later in 1848, Khaki uniforms would be issued to all British colonial troops.

The new invention of Khakis wouldn’t stop there. In fact, it would spread all the way to South Africa and be worn by soldiers in the Kaffir War of 1851. The modern clothing style could even be seen after the 1878 Sudan Wars and Afghan Campaign, and eventually become yet another official uniform.

Within time, the khaki color dye had been patented, making its popularity grow like wildfire. In 1989 during the Spanish-American War, America had finally adopted it for their troops. And it would yet again be worn in the Philippine-American Wars in the 1890s.

Now, around this time frame the birth of Chinos would come about. One way or another China had managed to get its hands on the famous British Khakis. Once there, they would be manufactured, duplicated and sold to the American soldiers fighting in World War I.

However, the soldiers stationed in the Philippines wouldn’t be the only ones to wear them. The chino and khaki trousers remained the most popular men’s style through World War II. With an immense pride in heroic patriotism, soon Americans and Hollywood would want them too. Even celebrities like James Dean could be seen wearing them in the 1950s. 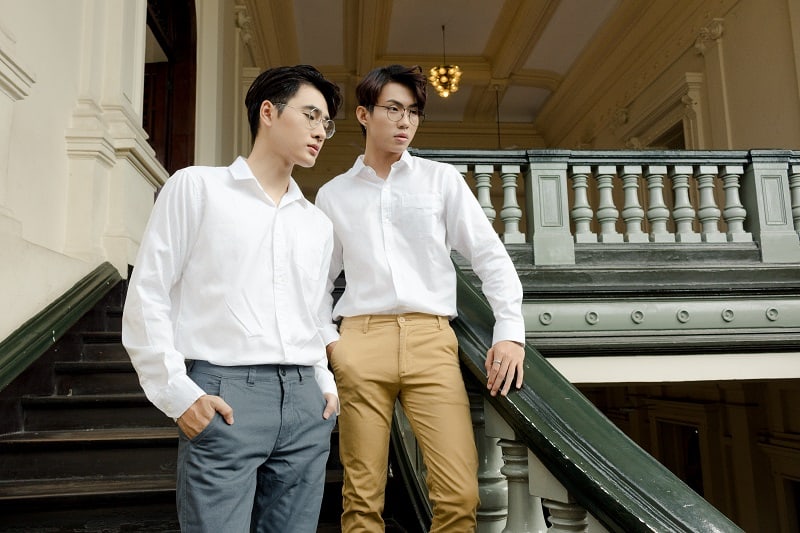 At one point in time, Khaki was only referred to as a color, while Chino, on the other hand, was called the name of the fabric. You see, most chinos were crafted with a firm weave of cotton instead of twill. However, today Khakis have taken on a new meaning as casual, cotton pants.

Let’s break down the most common differences when comparing the two:

1. The weight of fabric:

Chinos have a slimmer, closer fit than Kahakis. The cut is more formal and fitted in style.

Chinos can be of a Khaki color, however, most often you’ll find them with dyes in bolder tones. Khakis feature more earthy tones, such as beige, black, navy, or dusty light brown. It makes sense considering the word Khaki stems from an Indian language that means “dusty”.

Remember, Chinos don’t have to be manufactured with twill, they are more than often made with a firm weave of cotton instead. And if you’re looking for a military pant style, no pleats, and a tapered leg bottom are your best bet. At the time, this was done to help conserve limited supplies of fabric during periods of war.

The two are about the same in terms of price depending on what brand you purchase. More than often you’ll notice that Chinos do come with a higher price tag than Khakis with more premium brands and labels.

When To Wear Khakis vs Chinos

Chinos are more suited for semi-formal events when you need a more fitted, professional style. They make for an excellent clothing choice if you’re spending a night out on the town at a nightclub, dinner party, or wedding.

When you think of Kakhis consider them to be a replacement for jeans. Their casual style is best suited for most events during the daytime, trips where you are traveling, and anything with the word casual in it, like casual dinners or Fridays.