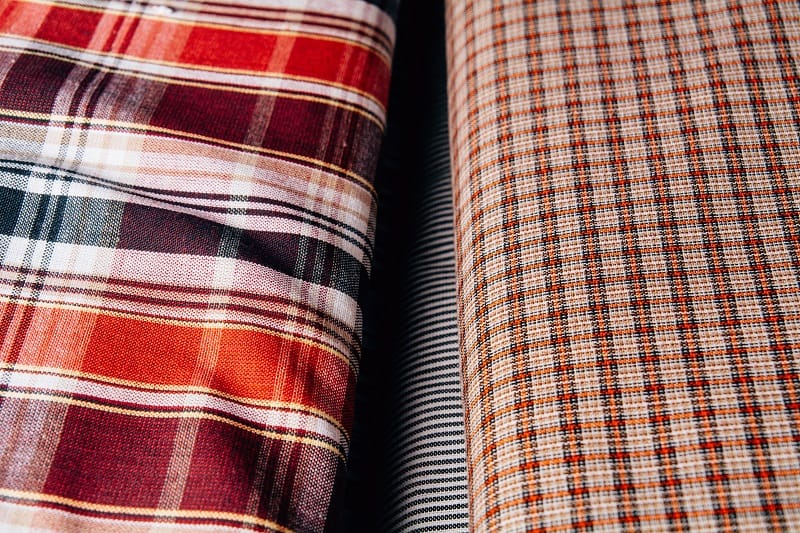 Flannel vs Plaid: Everything You Need To Know

The terms “flannel” and “plaid” are often used interchangeably. When we say, “I’m going to throw on a flannel,” sometimes we actually mean, “I’m going to throw on a plaid shirt,” but being that the two are often bundled together, many people don’t realize the distinction between them. So, if they’re not the same thing, then what’s the difference between flannel and plaid?

To sum it up quite simply, “flannel” refers to the fabric of a shirt, while “plaid” refers to the pattern. This means that while you can have a plaid flannel, not all flannels are plaid, and not all plaid shirts are flannels.

While this might seem like somewhat of a trivial matter, knowing the difference between a real flannel and a simple cotton shirt that has a plaid print is necessary when attempting to dress appropriately, both for style and comfort. That being said, Next Luxury has you covered with this guide on everything you need to know about the difference between flannel and plaid shirts.

How To Tell the Difference Between Flannel and Plaid

Being that the very definitions of flannel and plaid are not in relation to one another, with one referring to the material and make of an item and the other referring to the design or print, flannel and plaid actually fall into two completely separate categories. While they are often paired together, and many stores dub all plaid shirts as “flannels,” they are not inherently the same thing.

Whether or not a shirt is plaid can easily be determined simply by looking at it and examining the design. If the print of the shirt is composed of horizontal and vertical bands of color that form a crisscross pattern, then the shirt is a plaid shirt. Though the bands are often made of different colors and widths, plaid is virtually recognizable across the board.

Flannel, however, can be a bit trickier to determine. Traditionally, flannel was made from wool, but in modern times cotton has become the main make of flannel.

In order to best verify if what you’re buying is truly flannel, check the description on the product tag. If it’s made of wool, then you’re definitely getting flannel. However, if it’s made up of mostly cotton, then how the shirt is threaded will determine if the shirt is actually considered a flannel or not.

Typically, a modern cotton flannel is threaded specifically to retain heat, and the description should show this. If the tag of your shirt shows that it’s made from a mix of different materials while being plaid patterned, then it’s doubtful that it’s a true flannel. And while flannel does tend to come in a plaid pattern, it’s also available in virtually any solid color out there.

How Plaid and Flannel Came To Be 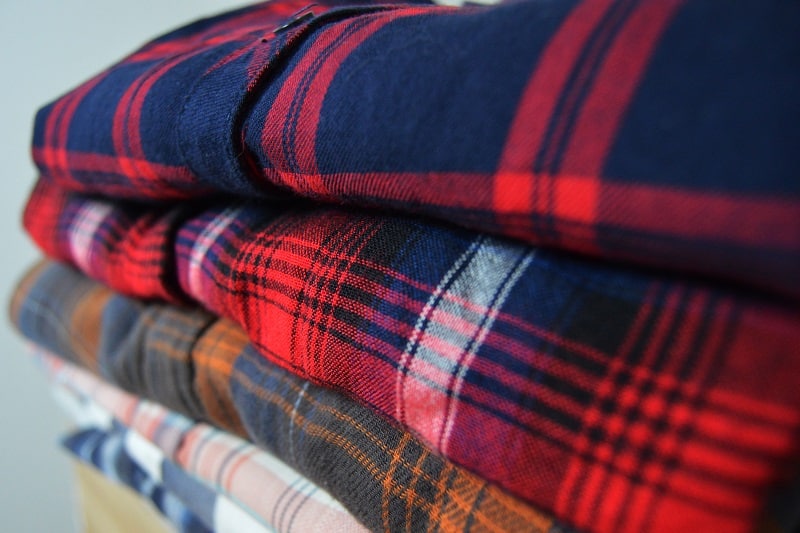 Plaid can first be traced far back in time to Scotland, where plaid is most commonly referred to as “tartan.” Though it has roots laid in Scotland’s history as being a symbol of identity and loyalty, plaid first became popular among the masses in the 1970s. Within the blink of an eye, plaid was no longer found only on traditional kilts in Scotland, but on nice suits and even wallpaper all throughout America and London.

Plaid is also known for being quite versatile in its connotation and vibe. While it has often been used in private school uniforms and more formal settings, it has also been popular among the punk scene in the 90s, as well as even being sexualized by southern belle Daisy Duke in The Dukes of Hazzard.

Flannel, on the other hand, was first found in 17th century Wales. Unlike plaid, whose roots stand firm in culture and expression, flannel was a very practical solution for protecting farmers in Wales from various weather patterns and elements.

Ironically, throughout time, flannel has continued to be a popular selection among blue-collar workers who value its durability and comfort throughout a workday. Being able to beat the cold was the original intention of the flannel garment, however, in modern times the flannel shirt is associated with manly pride and a sort of ruggedness that goes hand-in-hand with chopping wood and starting fires from scratch.

Though no one can say for sure when flannel and plaid first met, it’s assumed the close-knit relationship started sometime in the 1700s with Scottish kilts. While the tartan or plaid signified the Scottish identity and heritage, the flannel material made for warmth and protection.

Thus the plaid flannel was born, and despite the two being able to exist quite fine without the other, they do undoubtedly go nicely together. The thickness of flannel and the style of plaid fit in well with the fall and winter aesthetics, hence why they always seem to make a huge comeback once October rolls around each year.

See more about - Tuxedo vs. Suit: Everything You Need To Know

How To Wear Plaid 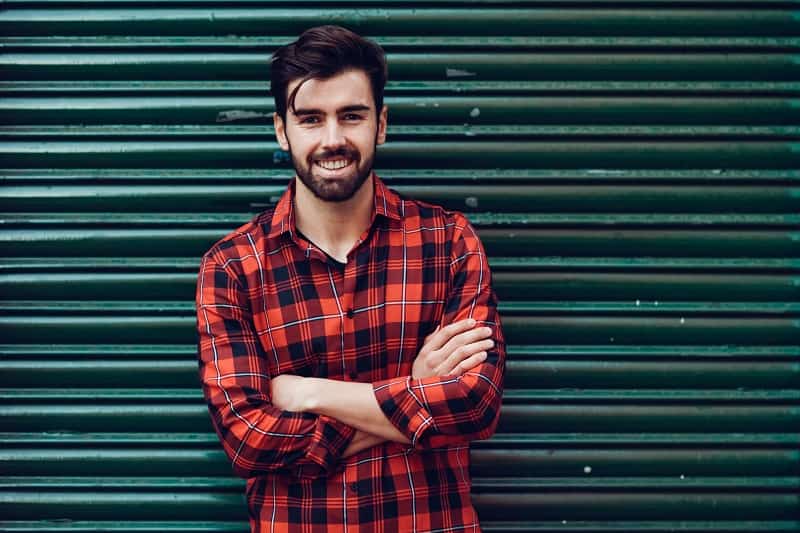 Being that it is a very specific style and look, it goes without saying that plaid is not for everyone. In fact, plaid in flannel form is probably the most understated and common way to wear plaid, and there are a lot of men who wouldn’t be caught dead in plaid any other way. Though plaid had its time as a grungy, punk necessity in the 90s, for the most part, plaid is currently considered relatively prep and formal, coming off a bit too stuffy for some.

However, when done properly, a pair of nice plaid pants with a white button down during the holidays can really make a statement of confidence and composure. Even a plaid shirt that is not a flannel, but rather more cuffed and collared, can be dressed up and made to impress on special occasions.

If you’re interested yet nervous to try your hand at pulling off plaid, give it a go in December. Your chances of being able to blend in and not come off too strong in this iconic print are much greater given the holiday season and aesthetic. Of course, if you prefer to keep things casual and stick with your classic plaid flannel, then there is absolutely nothing wrong with that.

How To Wear a Flannel 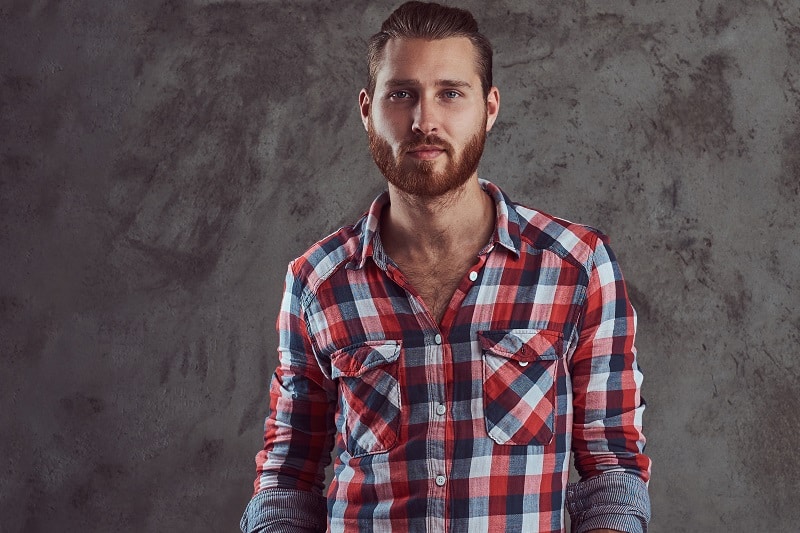 Even if you aren’t a burly man with a beard, a plaid or checkered flannel can still be pulled off by pretty much anyone. However, if you’re looking to retain the warmth and comfort of a flannel but do away with the typical pattern found on them, then give some solid colored flannels a go.

Ironically, when plaid is put on a flannel, it actually seems to dress the shirt down as opposed to dressing it up as plaid more often does. Therefore, if you’re looking for a solid work shirt that isn’t too rigid or stiff, a solid-colored flannel might just fit the bill.

While a flannel can certainly be made to work for a business casual or blue-collar workday, it is probably best to stick to classic button ups for more formal events or occasions. No matter how you choose to wear your flannel, just remember that the material is intended to retain heat, meaning you won’t want to wear it in humid or hot weather.

A Match Made in Heaven 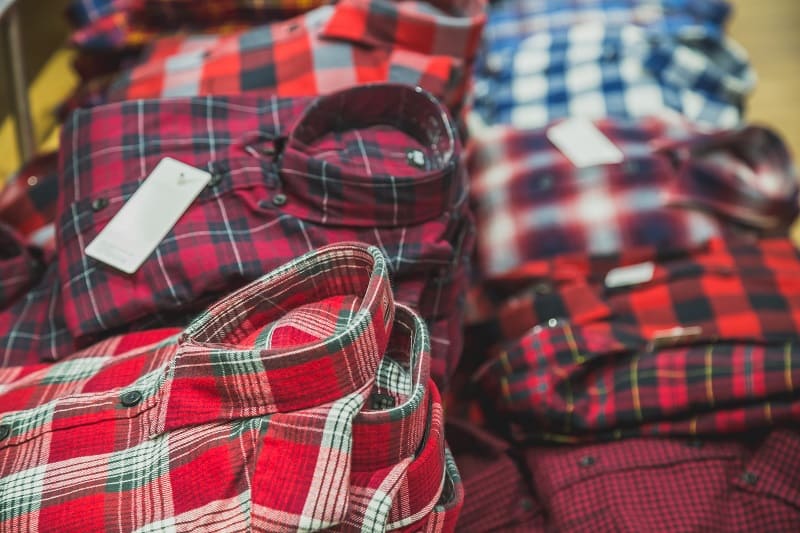 In conclusion, while the pair may be a part of two totally different worlds, combining the texture of flannel with the look of plaid was a stellar idea that truly paid off for society. Though there are endless options for making the plaid flannel work, it is also a versatile ensemble that can be tweaked and modified to each man’s preference.

This casual and common combo will certainly go down in history as a timeless classic, meaning it will never really go out of style.

See more about - Slim Jeans vs. Skinny Jeans: Everything You Need To Know