Tattoos are an awesome way to show off your personal style, but have you heard of glow-in-the-dark tattoos?

These bad boys are hidden during the day, so it’s a great way to maintain a professional appearance in the office, but they show up in the dark.

How Glow-in-the-Dark Tattoos Are Made 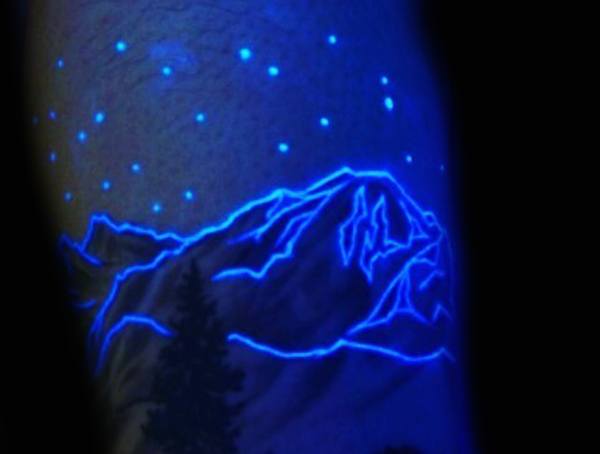 The ink used for these tattoos contains phosphorus, which is what is used in glow sticks, to make it light up. They are almost impossible to see during the day, but at night, they come alive.

They might look like a faint outline or scar and are made of ink that reacts to ultraviolent light, more commonly known as black light. These tattoos need to be exposed to UV light to truly show up and glow, but on the bright side, they’re considered a bit safer by most tattoo artists. Fortunately, many clubs, bars, and other places popular for nightlife have UV lights so you can show these tattoos off. 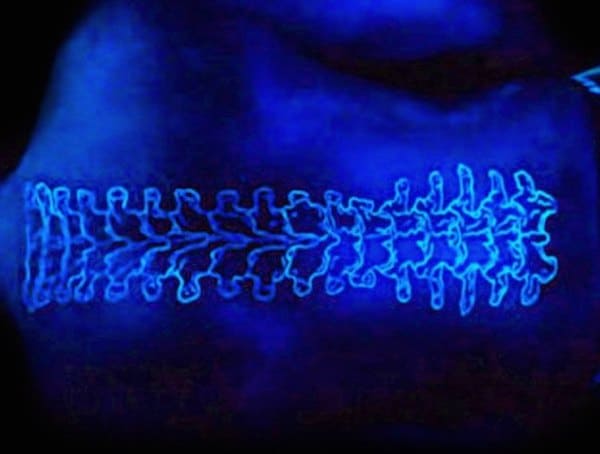 Although these tattoos clearly look cool, they may not have the coolest health effects. You should know that the FDA has not approved the kinds of ink used for both true glow-in-the-dark tattoos and UV tattoos. Scarily enough, the FDA actually has not officially approved any tattoo ink for skin injection.

For true glow-in-the-dark tattoos, the phosphorous in the ink may actually be a carcinogen, meaning it could potentially increase your risk of cancer, and it actually has been known in rare cases to have radioactive material in it. For reference, phosphorus is used for certain explosives and poisons, so it may be questionable to use it for tattoos that are injected in your skin, especially considering the lack of research on the long-term effects of these tattoos.

Tattoos that show up in black light tend to be a safer option (probably because they use less harsh material for the ink), but even they still have risks involved. Some people reported breaking out into blisters or a rash due to this kind of tattoo, and although these side effects can sadly happen when getting any type of tattoo, people with these glow-in-the-dark types of tattoos particularly reported seeing these side effects. It’s always smart to be aware of the risks before rushing in to get your new tattoo.

If you do want a glow-in-the-dark tattoo, make sure you find a tattoo artist who is experienced in this kind of tattoo. This will not only help keep you safe, but also more experience likely means a better quality tattoo in general—look sick and keep yourself from getting sick!

How Long Do Glow-in-the-Dark Tattoos Last? 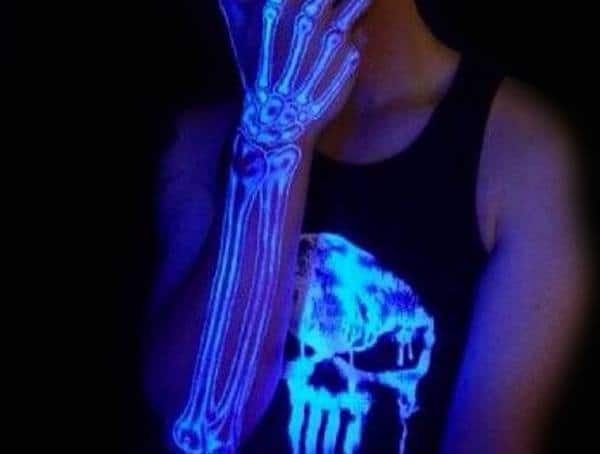 These tattoos may actually be more permanent than regular tattoos because of the material used, but since it’s a relatively new tattoo trend, we don’t know for sure. For regular tattoos, how long it takes a tattoo to fade really depends on the placement.

For example, finger tattoos, although currently super popular, are most likely to fade because of all the friction your fingers experience, and your hands tend to be one of the most exposed body parts to the elements.

Like regular tattoos, both types of glow-in-the-dark tattoos are permanent and will likely take a medical procedure to be fully removed. Phosphorus and UV reactive ink are long-lasting materials, but these tattoos will still probably fade over time, especially after prolonged sun exposure.

They should be taken care of like any normal tattoo, and excessive sunlight can actually cause them, particularly UV tattoos, to become more visible in the daylight and less visible at night. Like other tattoos, you can get your glow-in-the-dark tattoo touched up to keep it looking fresh and living up to it’s glowing potential. 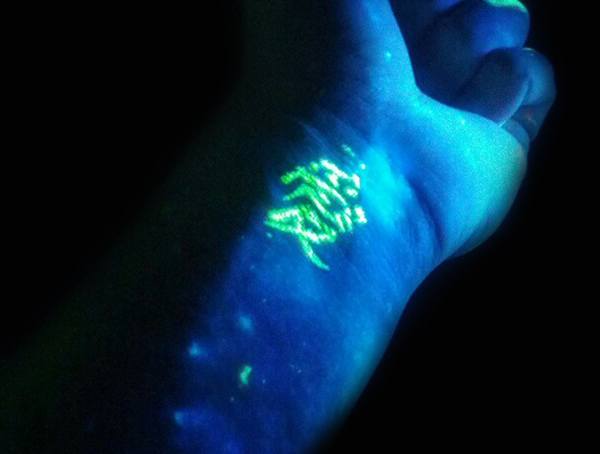 These tattoos are great for a lot of reasons: Obviously, they look cool, and you can keep them hidden easily from work and annoyingly judgmental family members. They do come with some risks, so make sure you know what you’re getting yourself into.

While they can last for years, they still will need to be taken care of and touched up to keep them glowing. Now go forth and get tatted.