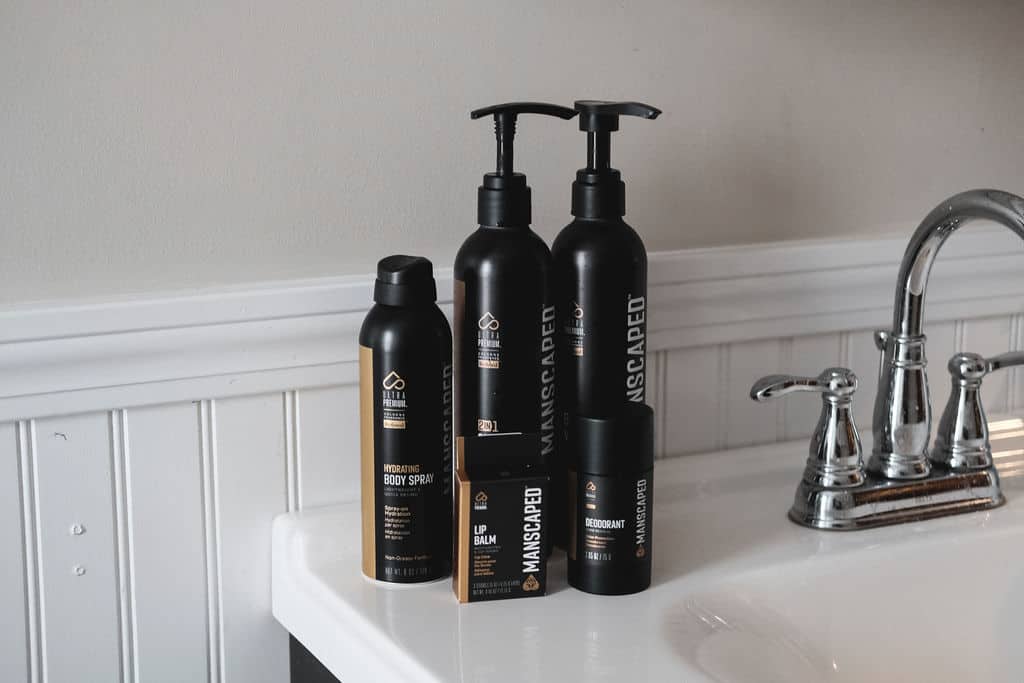 Making It Through Dry Winter Skin with MANSCAPED™

There’s always a point around the time that winter comes to an end where you can feel confident saying that the worst of the winter weather is behind you. Sometimes, especially in New England, you can be proven wrong by a surprise snowstorm or cold stretch.

After a few over-60 days and clocks switching forward for the season, it’s hard to think otherwise. Spring is coming.

It’s probably time to get my car looked at, and maybe think about new tires for the spring. I can move some of the plants in my apartment out of their strategically-warm winter strongholds. Shovels can start to go away, and ice scrapers can be placed back in the trunk. The transition can be tedious, but worth the exchange in longer days and fewer layers.

Something that I am always ready to say goodbye to is the destitute state of my knuckles and hands after a few months of brutal cold. In past years, I’ve been plagued by cracks, chapped skin, and general discomfort from the effects of cold weather on the skin.

Again, this is preaching to the choir for anyone that lives in the Northeast or anywhere else that’s cold, though around here we take a certain pride in having to buckle down for cold snaps. It’s not just the cold air, it’s the dry air that removes any hope of keeping skin moist in the winter months. It’s also funny to complain about considering how offensively humid it gets in the summer, but at least in those times, you aren’t dealing with cracked hands.

With the only upside being that you could maybe convince someone that you’ve been on the winning end of a fistfight, I think the value of comfort edges out the potential for fabricated false badassery. I’ve tried a few remedies (usually something my mom finds in the glove compartment of her car and insists I put on), but am often averse to greasy lotions or the practice of maintaining.

This year has been different. While the cold stayed the same as it usually does, I was more prepared with a remedy that I liked. Taking care of yourself? What?! 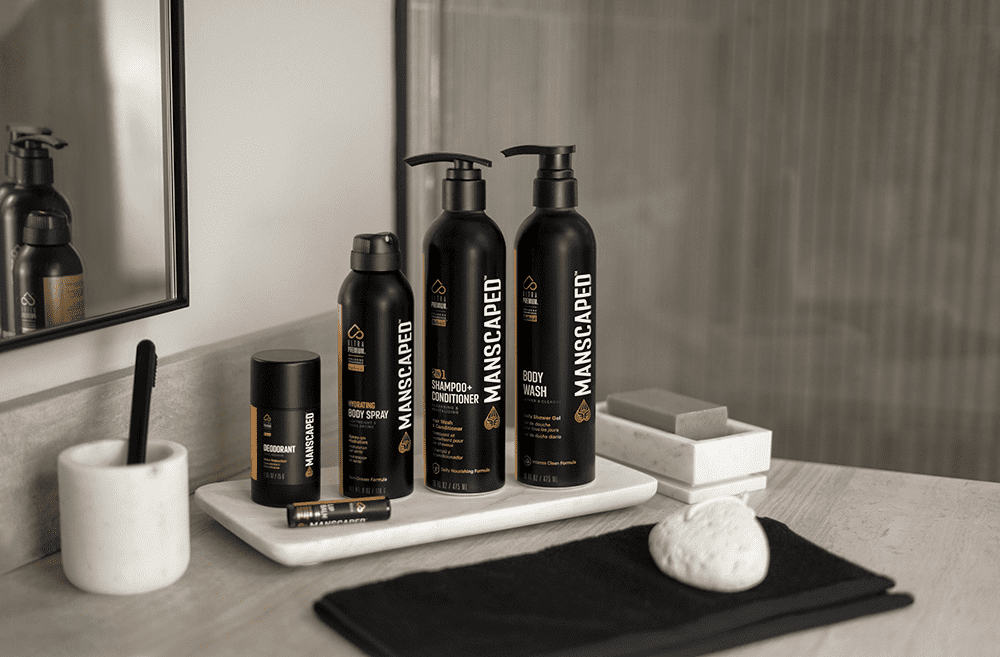 Last fall, I had the opportunity to test out the Ultra Premium Collection from MANSCAPED™. I elevated my daily shower experience with the Body Wash and 2-In-1 Shampoo and Conditioner and added the Lip Balm to my everyday carry. Both wins.

While I was impressed with the initial uses of the Hydrating Body Spray, I wasn’t thinking about long-term effects and how it could make a difference over time. Three months later, I’m here to tell you more. 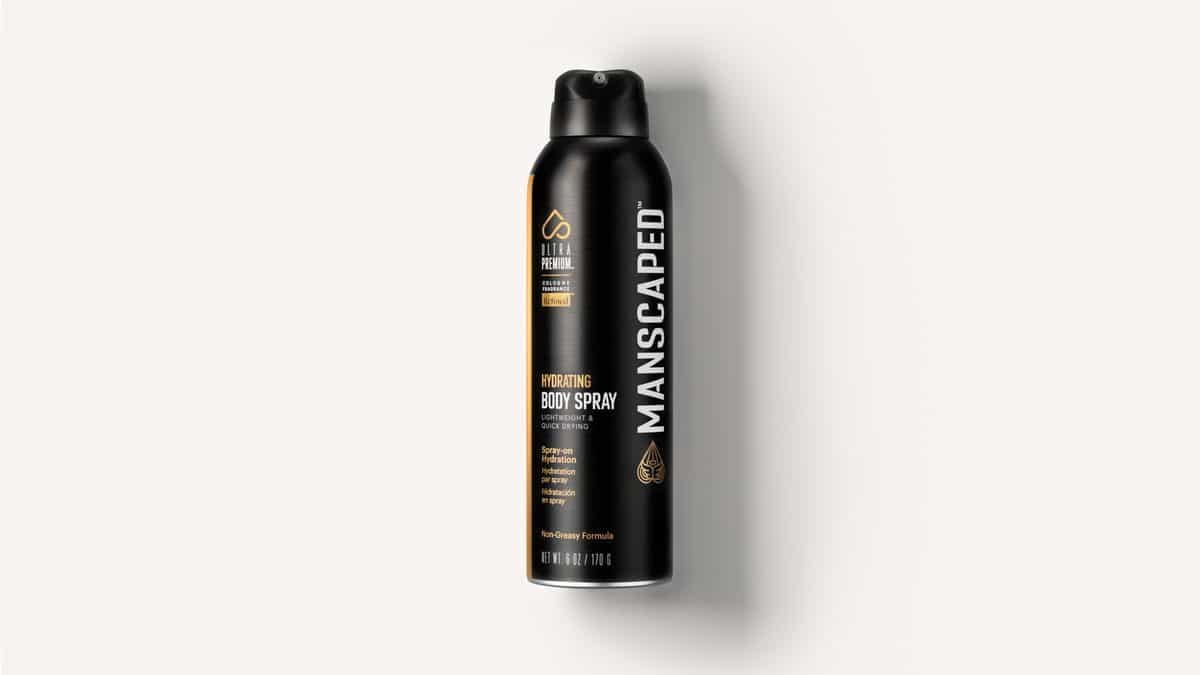 So, let’s start by looking at the routine: on a good week, I apply the Hydrating Body Spray three or four times. This isn’t because of some kind of strategy or best practice. Truly, this could be a daily-use body care product for me, but my day-to-day schedule allows more time on some mornings than others, and that’s evolved to be part of my self-care routine.

After a few months of use down, my favorite thing about MANSCAPED’s Ultra Premium Hydrating Body Spray has to be the feeling after application. It hasn’t gotten old.

Truthfully, each application feels as refreshing as the one before. The best feature is that it does not leave any sort of greasy residue or build-up.

Obviously, the aerosol spray isn’t going to have the same effect as a lotion would (clumping up in your arm hair or prohibiting you from immediately putting on another layer in fear that your arm is going to dry attached to the sleeve of your flannel), but could pose the same feeling that happens after using spray sunscreen.

I have always hated that feeling and that fact has caused more than a few sunburns. But no stickiness, tackiness, or grease here. Fresh-feeling and ready to go. 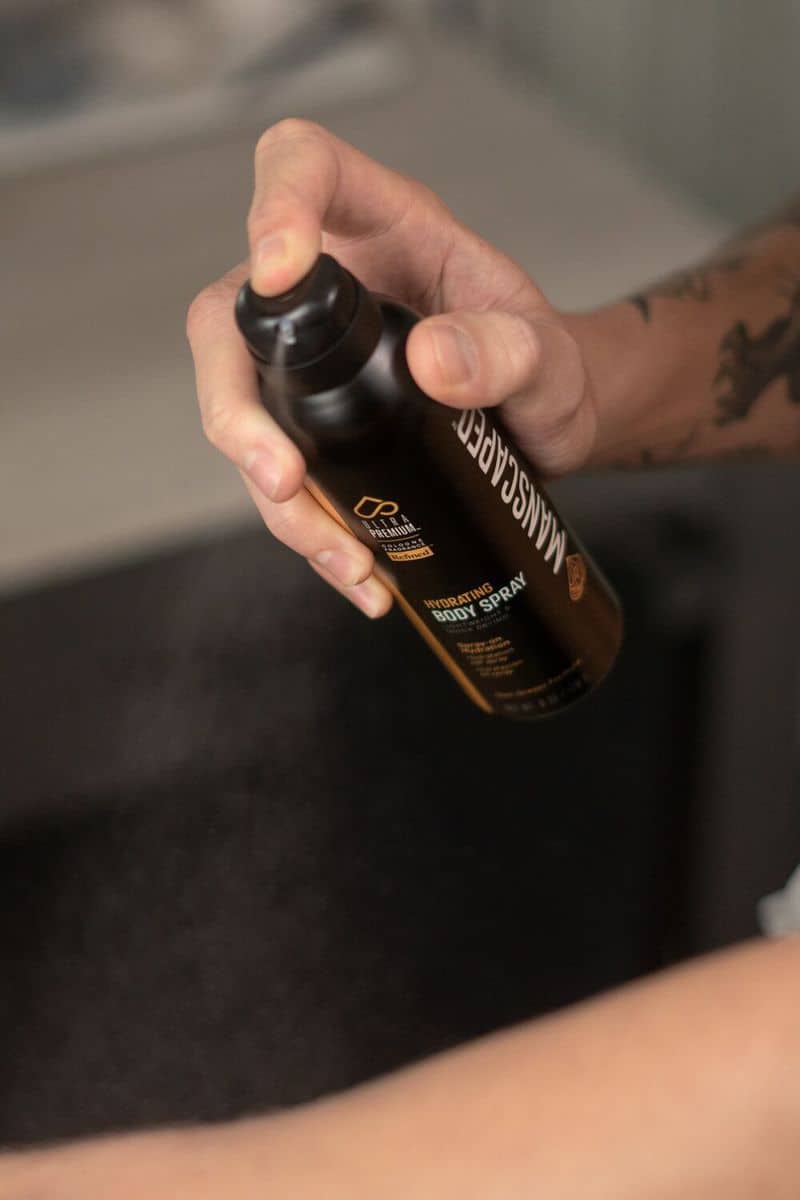 I would be remiss to not address the fragrance. As someone who has deep roots in rugged style, my house is full of earthy, dark, and sometimes musky fragrances.

Upon unboxing the MANSCAPED collection a few months back, I wasn’t sure how I would adapt to the classic, clean signature fragrance used across MANSCAPED products. Now that it’s worked into the routine, I’ve found that I’ve become a big fan.

As someone who grew up whatever the opposite of athletic is, I can sometimes have a hard time distinguishing a “clean” smell from what I remember to be locker room deodorant. The signature MANSCAPED Refined™ fragrance is evolved far beyond that dichotomy and is also evolving my tastes with it.

It’s also worth noting that the fragrance does a pretty incredible job of sticking around. After a quick spray around 8 or 9 in the morning, I’m often still catching light waves of the signature smell in the late afternoon. A lot of other scented body care products I’ve used in the past tend to either dissipate quickly or sometimes just keep the smell contained to the bottle. The MANSCAPED Refined™ fragrance develops nicely as the day goes on.

Overall, it’s a really great feeling that I’ve come to look forward to on a given day. Usually, I keep it to my arms and hands.

There were a handful of extra-dry days where a nearly full body spray did the trick. You know, the kind where you get out of the shower and almost immediately start itching. You can’t ignore the value of the package in its entirety, but I would go out of my way to buy the spray on its own.

You can score the Hydrating Body Spray as a part of the MANSCAPED™ UltraPremium Collection and use the code NEXTLUXURY for 20% off your order.

We love a good routine, but let’s face it we’re here for RESULTS! After three months of continued use, I am seeing some noticeable results from the Hydrating Body Spray. Most importantly was the defense that a moisturizing routine gave my skin during the cold winter months.

The only knuckle cracking I experienced this year was in the few instances where I had some involved manual tasks to do. Never saw any hints of scaliness, either. That’s a win. 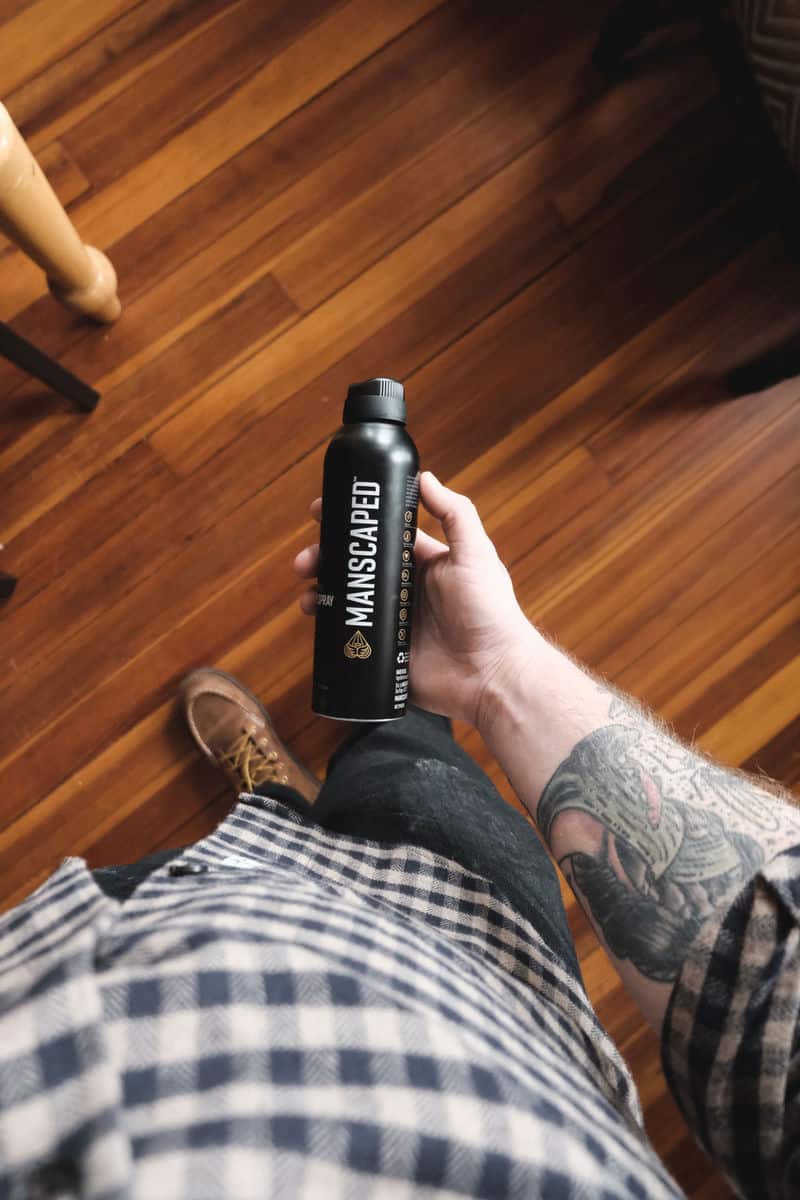 Now, like all good DVDs of the early 2000s, the Hydrating Body Spray also has (you guessed it) Bonus Features. I think my favorite added benefit and feature altogether is the effect that prolonged use of the Hydrating Body Spray has had on my tattoos. I spent a lot of time and money in my early 20s covering my arms in tattoos that I don’t have good explanations for a decade later.

Regardless, they’re important to me, they were an investment, and even if they’re funny now I still want them to look great. There are a lot of branded remedies and products out there for tattoo care, but the honesty and simplicity of MANSCAPED’s Hydrating Body Spray put it in the top tier for me.

It’s for hydrating your skin and keeping it healthy. Healthy skin makes for bold and healthy-looking tattoos.

After a few weeks, it felt like the colors popped a little brighter, even after not giving any special attention to them for a long time prior. After a few months, I’m seeing the same thing happening with the bold, black lines, too. A little goes a long way – and you might even get a compliment or two out of it when it gets to short-sleeve season. I’ve had a few! 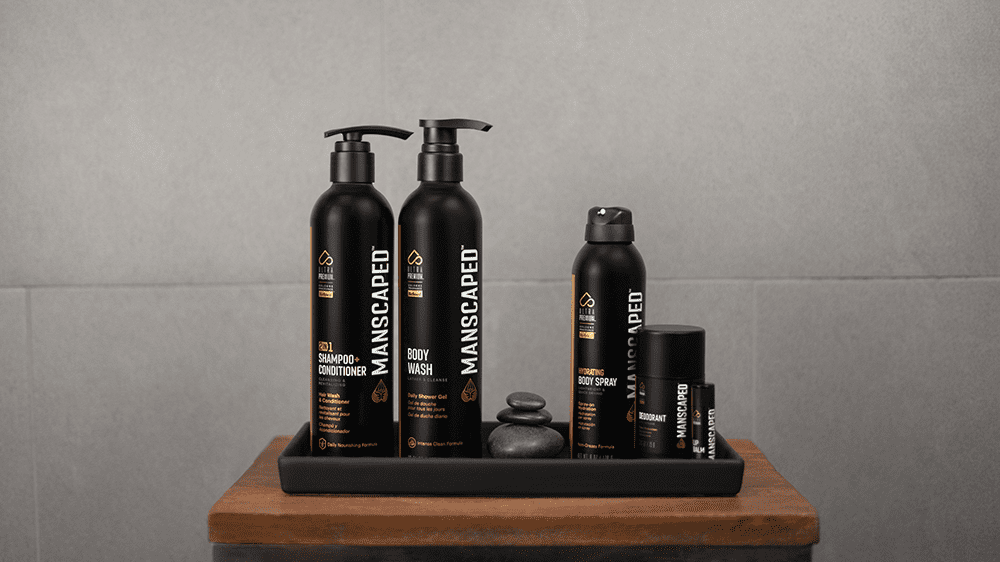 Even with cold months behind us, the Hydrating Body Spray from MANSCAPED is retaining its spot in my self-care routine. I am excited to see what an even longer period of use looks like for my tattoos, as well as how it holds up in the warm, swampy humidity that comes along with summertime. Perhaps I’ll report back with more – but in the meantime, stay hydrated!

If you’d like to give it a go for yourself, you can grab the Hydrating Body Spray with a 20% discount using code NEXTLXURY at MANSCAPED™. Happy hydrating!