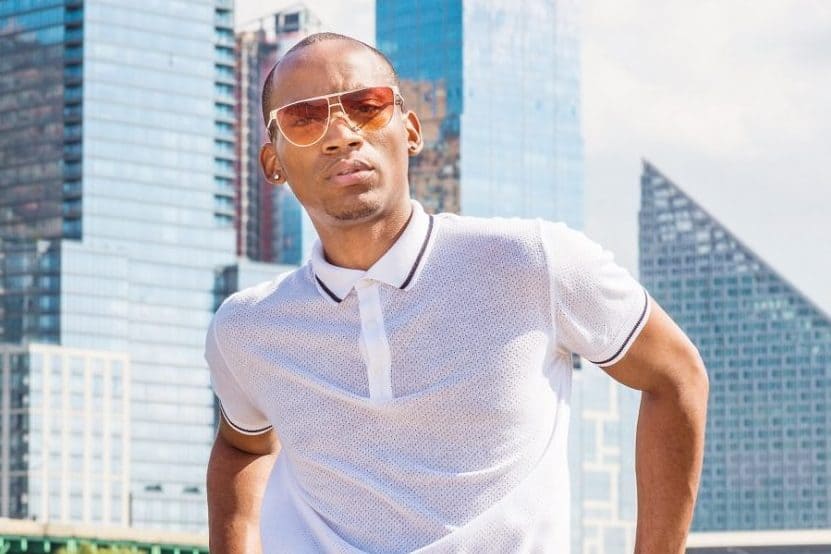 Mod fashion is having a major moment. Again. Or rather, still.

While mod style is best-known for being wildly popular in the 1960s in London, it’s very much still relevant today.

The word mod is short for modernist and as the name suggests, the style is fluid; it constantly evolves. It’s a fashion that’s both timeless and inherently of-the-moment.

Check out these wardrobe essentials if you want to get the mod look.

A soft-knit polo shirt is at the very foundation of mod style, perhaps one of the most versatile and highly wearable items that a man can stock his closet with. Dress it up with chinos and boots, make it more casual with simple jeans and sneakers, wear it under a sweater – the possibilities are endless.

Although color blocking, bold colors, and other geometric details are common in mod fashion, the rest of the details are generally kept to a minimum. Look for shirts with no-frills logos, or better yet, no logos at all. To really nail the mod look, make sure to button all the way up. That sharp, literal buttoned-up look is one of the cornerstones of dressing like a mod man. 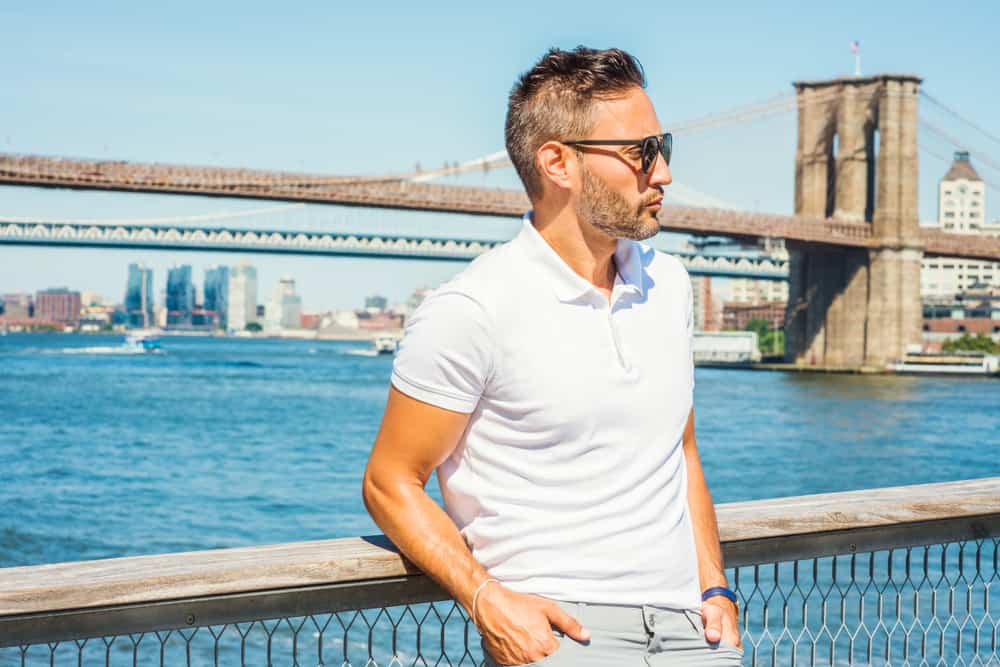 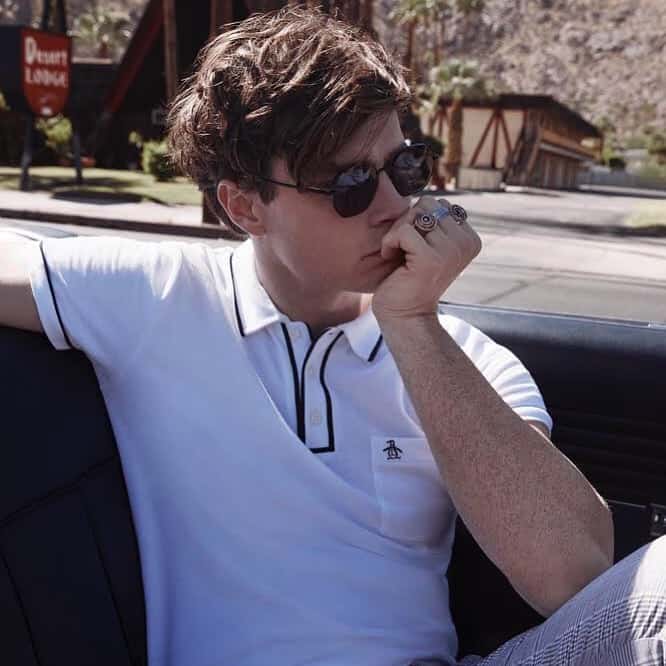 John Smedley is the gold standard when it comes to mod-style men’s polo shirts, clothing the likes of James Bond. The 100% cotton shirts are pricey, but they’re fantastic and they hold up incredibly well to washing and wearing. If you’d like a more wallet-friendly option, check out Banana Republic’s Luxury-Touch Performance Golf Polo with mod-inspired details.

Few fashion genres favor roll-neck shirts as much as mod. Taking a page straight out of the beatnik style guide, roll-necks, or turtlenecks, are frequently worn in the same situations as polo shirts. That is, on their own with chinos or jeans, or under a jacket or even suit coat. They have a sleek silhouette, they’re soft-knit and comfortable to wear, and they exude a sort of understated elegance. Similarly to polos, mod roll-neck shirts should be darker solid colors or have a simple striped pattern. 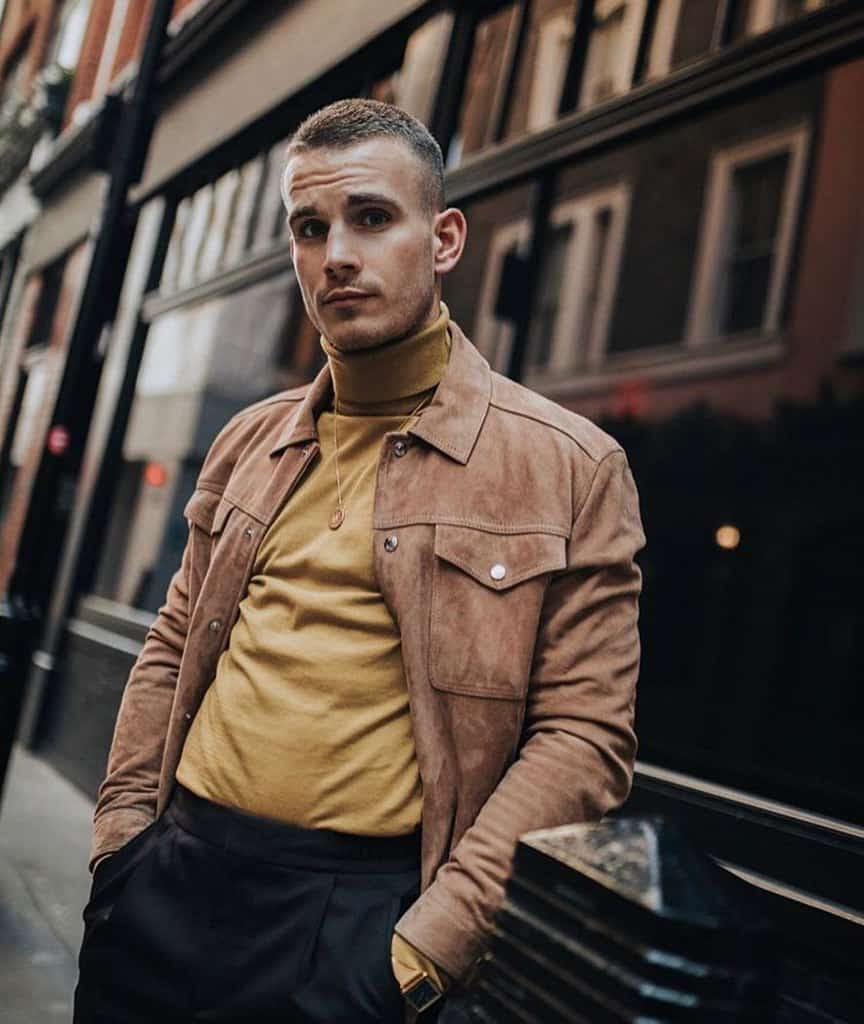 The great thing about roll-necks is that they offer a sharp look that’s just slightly less dressy than a button-down shirt. Plus, they’re typically lightweight enough to wear year-round. Topman makes a great classic black one and you can’t go wrong with this closet basic from Uniqlo.

It’s possible that you’ve never heard of a Harrington jacket, but you’ve definitely seen your fair share of them. Think about every photo you’ve ever seen of Elvis Presley, James Dean, or Steve McQueen in which they were wearing a jacket. That’s a Harrington. The jackets are also often called Baracuta or G9 jackets and they’re the epitome of ultra-cool mod. They’re typically waist-length, lightweight, and have a standing collar, and they always have a bold tartan plaid lining. The authentic mod-style ones, anyway.

Harrington jackets are timeless and iconic, and no man’s closet should be void of one. They’re functional and stylish in a way that goes far beyond utilitarian, and they’re versatile. Navy and khaki shades are always reliable go-to’s, but feel free to branch out into more trendy colors. 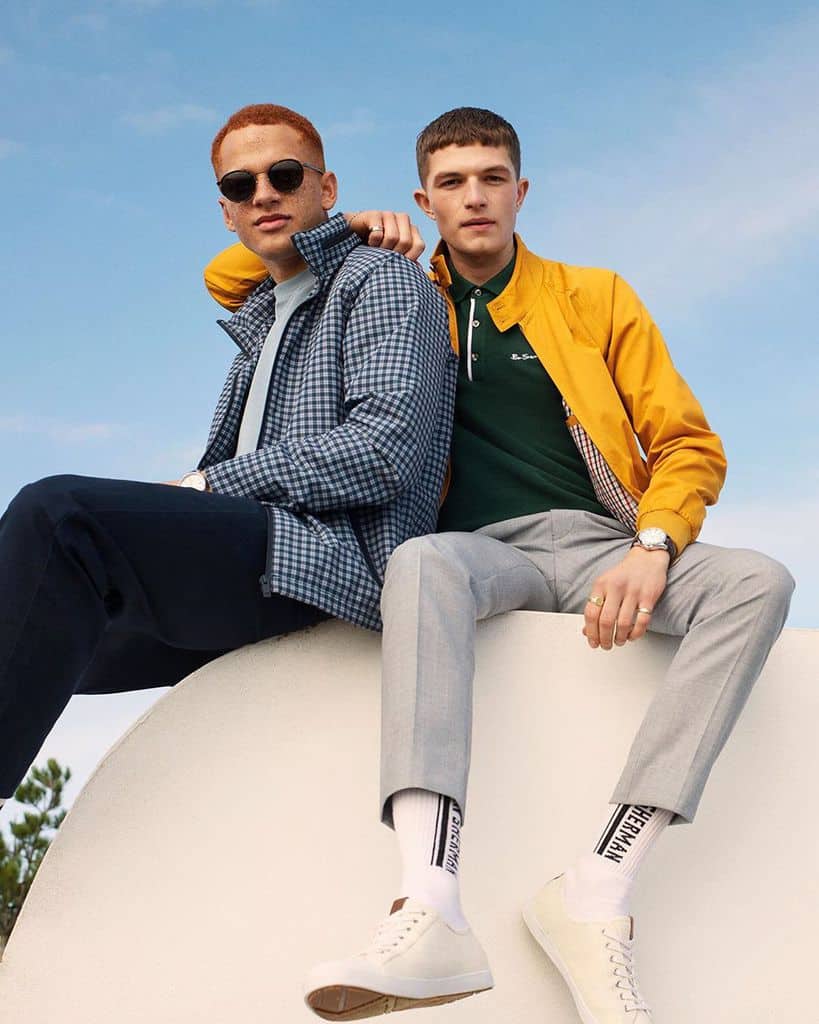 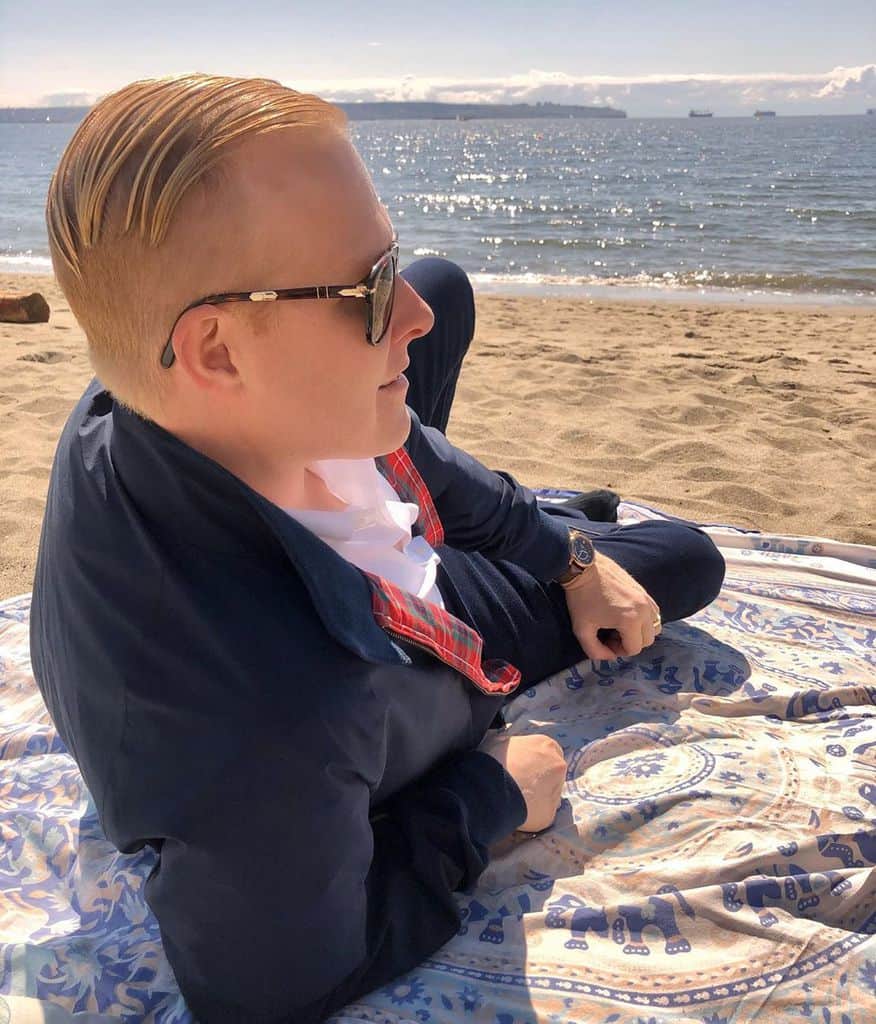 This Fred Perry version is just about as close to the original as you can find and comes in a few different colors. J. Crew also makes a Harrington jacket that’s just about perfect, with a soft, check-print cotton lining and interior pockets.

In this particular case, “trousers” simply means pants. Both chinos and jeans – especially classic Levi’s – are popular in mod fashion, and they follow the same rules. Honoring the sharp, clean tailoring that’s at the heart of the mod style, look for pants that are fitted, but not skinny fit. Straight or tapered-cut styles are ideal, as they pair well with literally everything. Finally, pants should be worn with the cuff rolled up to show off your footwear. 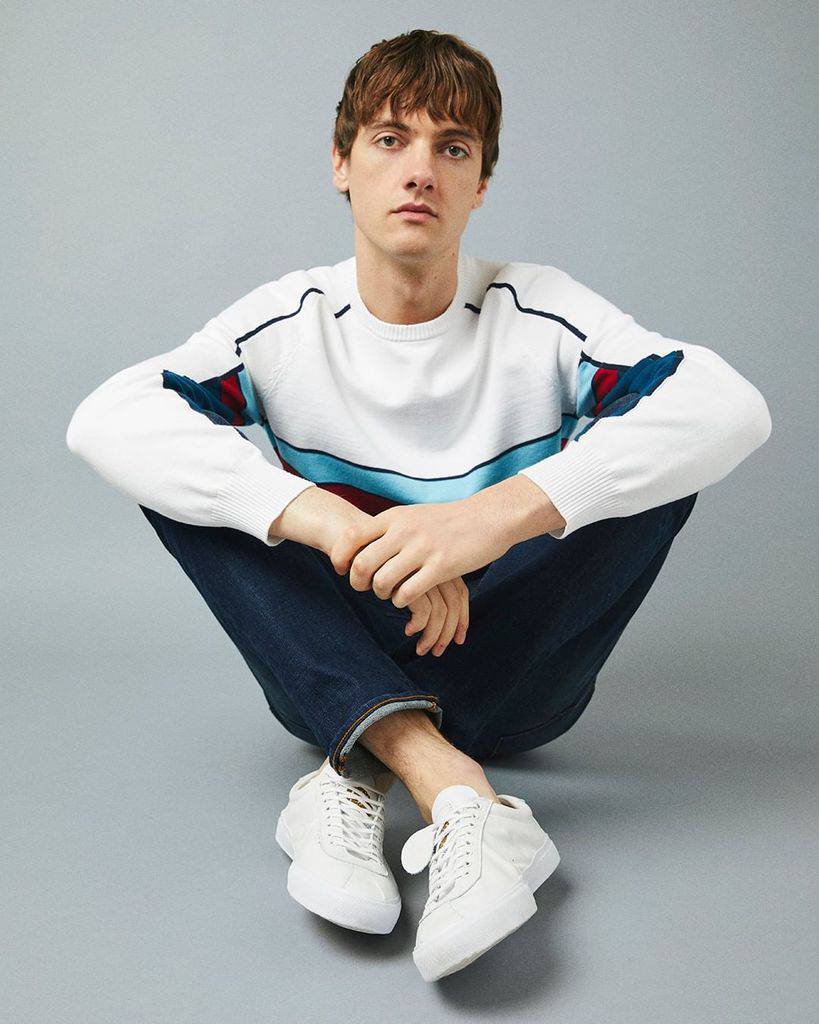 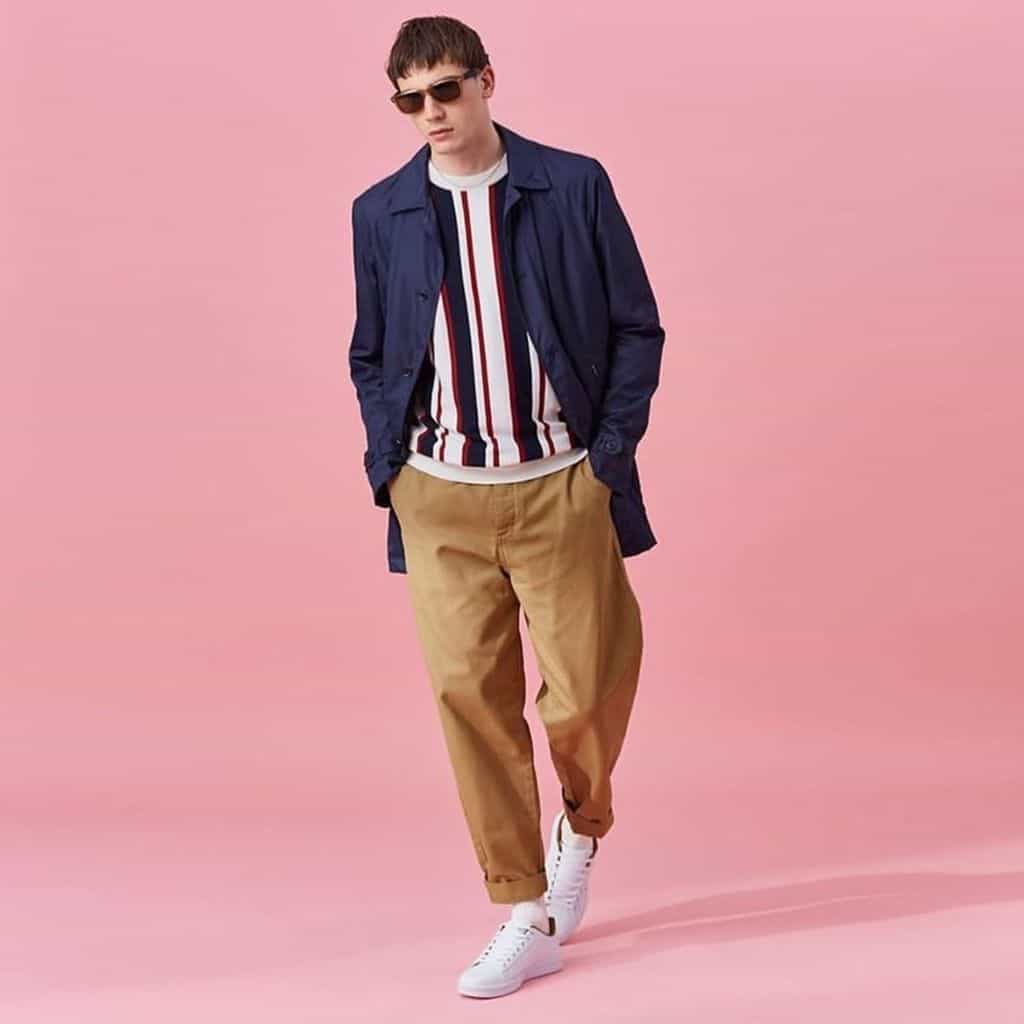 There’s a lot to be said about a great-fitting pair of pants, so the only rule here is to go with the pair that fits you best and is most comfortable to wear. Remember, you want a good balance of boxy and slim-fitting. Check out the Bonobos Stretch Washed Chinos in every color imaginable. For jeans, Levi’s 511 Slim Fits are the way to go.

There weren’t many go-to footwear choices among the original mods. To be fair, when desert or Chelsea boots are among the choices, a man doesn’t need much else. The boot styles are similar, but have a couple of distinct differences. They’re both close-fitting, low-profile styles that pull on. Both also look great with either jeans or chinos.

Desert boots are sometimes also called chukka boots and feature a short lace-up panel that’s often just for looks. Chelsea boots, frequently referred to as “Beatle boots” because of the band’s fondness for the style, are sleek with minimal detailing. They have a signature elastic panel on the side to make it easier to pull on and off, and they look fantastic with everything, including suits. 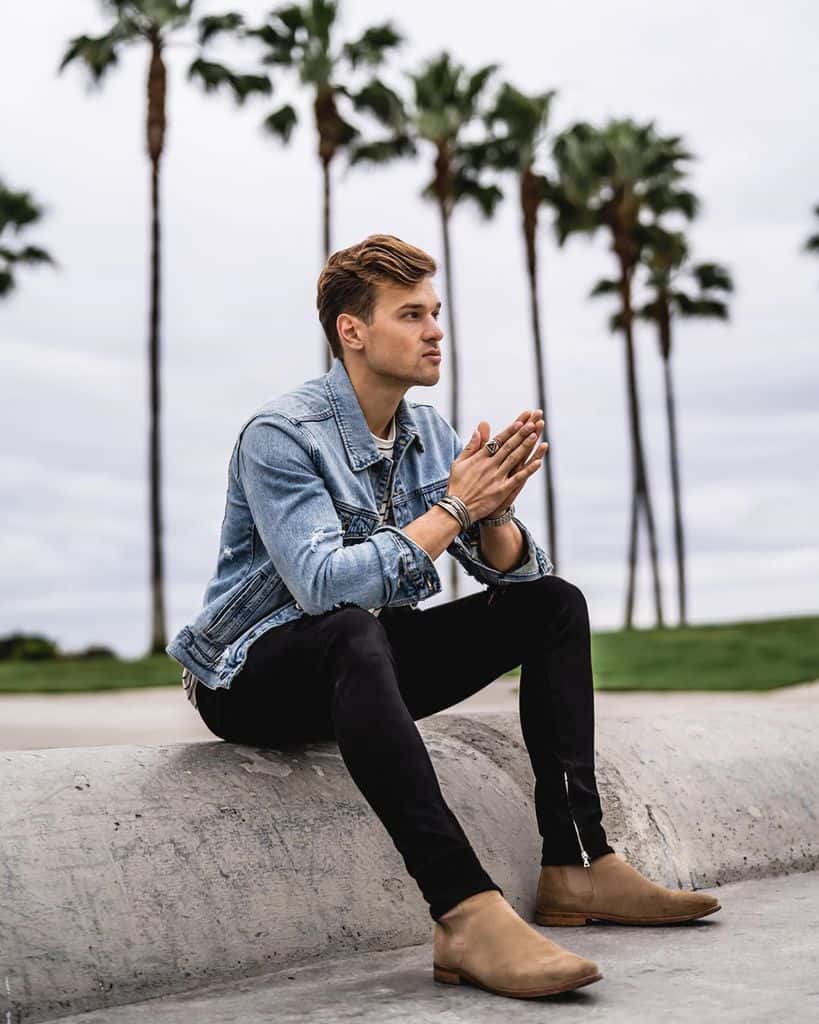 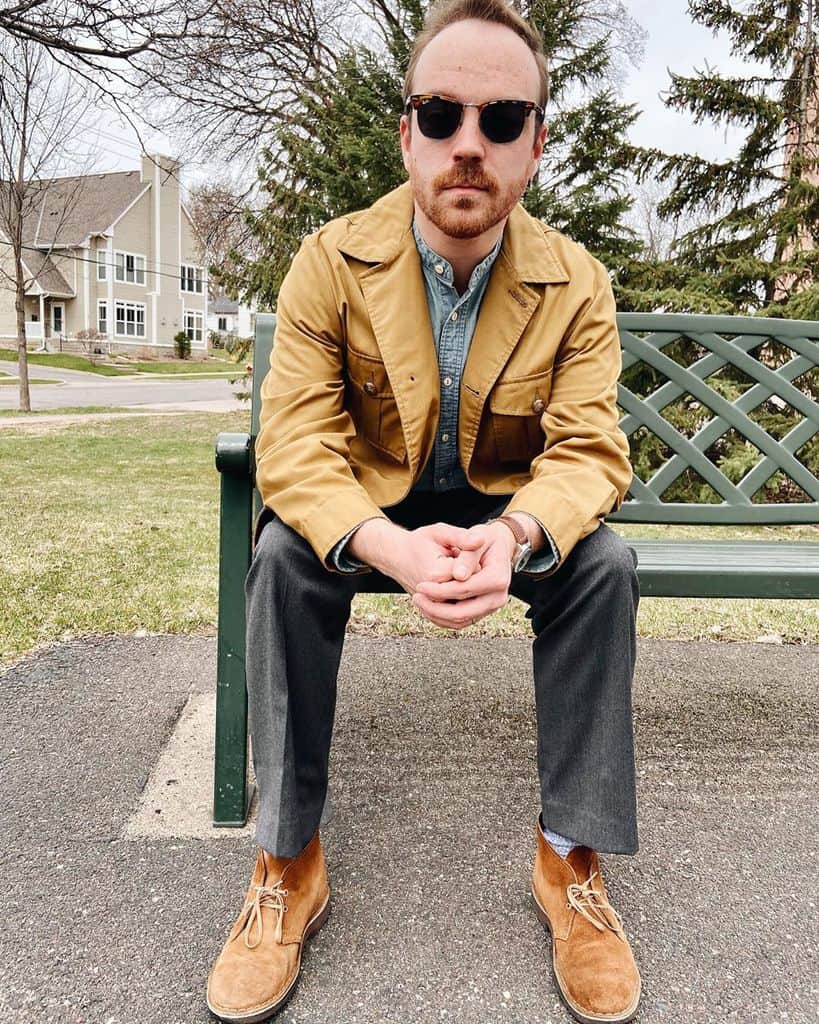 The Clarks Desert Boot is one of the original mod boots and it’s still very much in style today, now available in many colors and materials. If you prefer the lace-less Chelsea style, check out Thursday Boot Co. The Duke boot is an awesome option with modern rugged styling.

Suits were nothing new in men’s fashion in Swinging London, but tailored suits were. Men were focused on dressing smarter and sharper, and with that came a natural gravitation toward sleeker, more form-fitting silhouettes. Mods love their details, so it was common in the ’60s to see double-breasted styles, exaggerated structured shoulders, and bold buttons. Suits were often worn with a roll-neck shirt instead of a button-down. Modern renditions of the mod suit include two buttons, slightly wider lapels, and pared-down gold hardware. 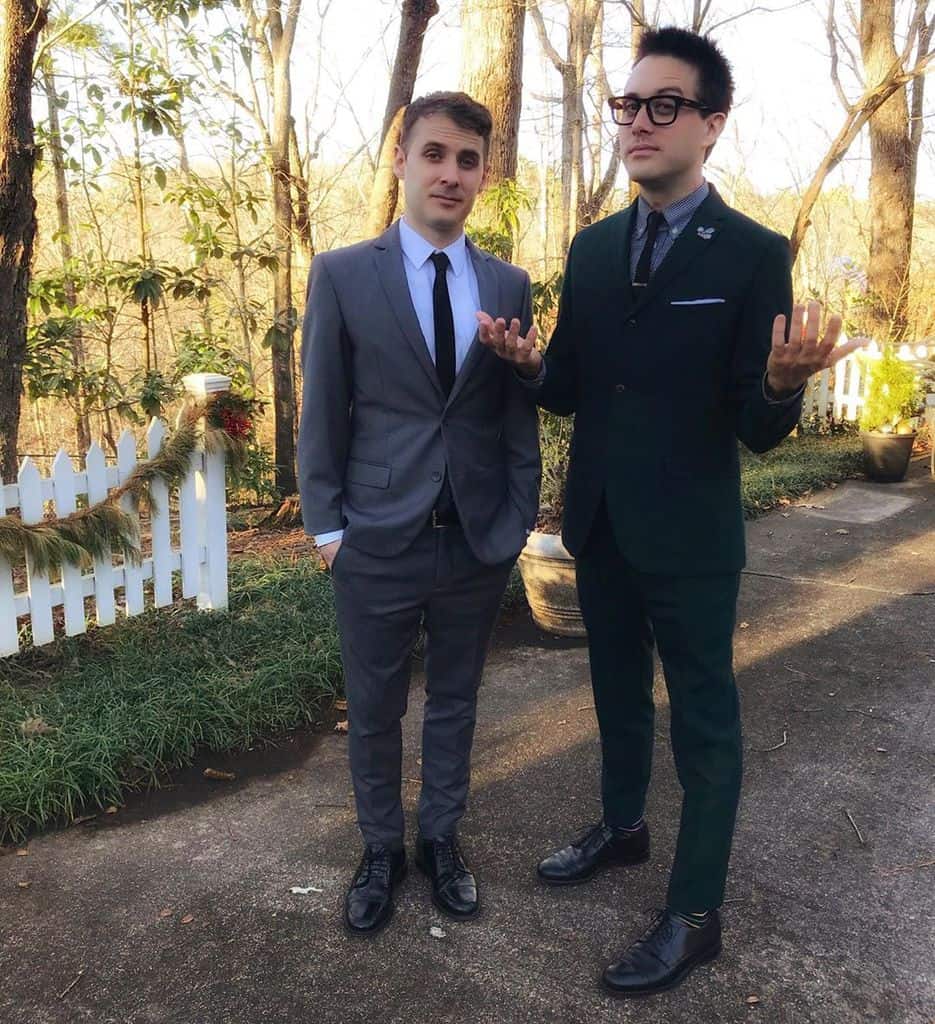 Sadly, the world seems to be moving further and further away from formal dressing, leaving men with less reasons to wear a suit. Thankfully, mod suiting is just slightly less formal, so it’s easier to pull off. Look for slim, smart tailoring with details that give a nod to vintage mod styling. This Madcap England two-piece gray plaid suit fits the bill, as does this ASOS skinny suit in burgundy.

The origins of mod fashion

Like most major styles, mod fashion began as a youth subculture movement. Coming off of the 1950s when clothing was generally demure, early mod adopters took fashion in the complete opposite direction. Dark colors and bold geometric designs became the new normal and silhouettes became more streamlined and form-fitting.

1960s London was dubbed “Swinging London” because it was the world’s epicenter of pop culture. Major music and fashion trends, in particular, all seemed to originate there during the decade.

The Beatles, sometimes referred to as “The Modfathers,” were wildly popular then. In 1964, A Hard Day’s Night was released, which was a “day in the life”-style documentary about the band. The film catapulted the band’s mod style into the world’s spotlight and it became an overnight obsession.

Mod style draws from both the beatnik style and Teddy Boys fashion, both of which were popular in London in the 1950s and early ’60s. Blending the Teddy Boys’ clean-cut and tailored looks with the dark colors and slight drama of beatnik clothing, mod was fashion-forward in a revolutionary way. Males of all ages suddenly had an interest in fashion; it wasn’t just for the girls anymore.

The ultra-cool, in-the-know attitude of mod fashion became so popular that people all over the world used the word “mod” to describe anything that was popular. It seemed the world had gone mod.