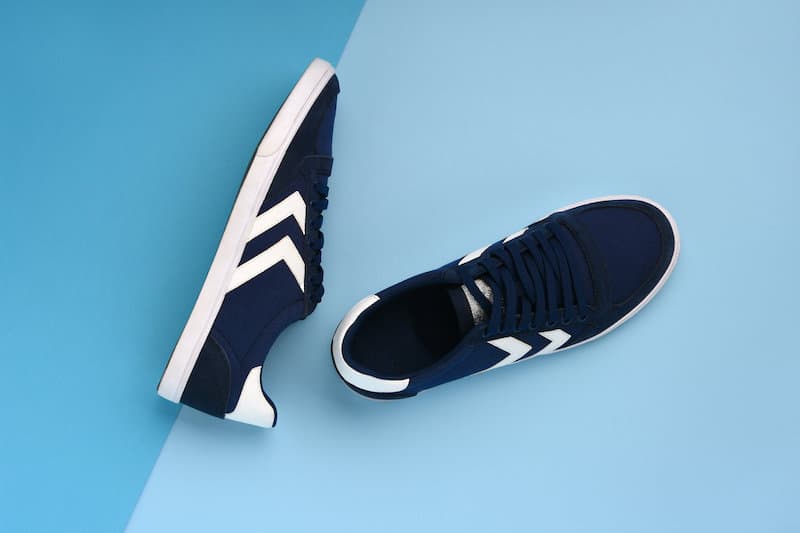 15 Most Expensive Sneakers Ever Sold

Sneakers are more than just shoes. What were once functional shoes for everyday use or playing sport are now classified as high fashion. These days there is a huge sneaker culture across the globe, with the most expensive sneakers becoming collector’s items. People line up outside of stores for hours to get the latest exclusive Nike or Yeezy shoes. The popularity of sneakers has led to a burgeoning resale market where people sell and trade kicks online and at meetups.

Sneakers are now an investment and arguably a safer bet than crypto or the stock market. Some of the most expensive sneakers ever created have sold for hundreds of thousands of dollars. It might be time to dust off your old trainers in the back of your cupboard and see if they are worth anything.

But before you do, read on and discover the most expensive sneakers ever sold.

15 Most Expensive Sneakers Ever Sold 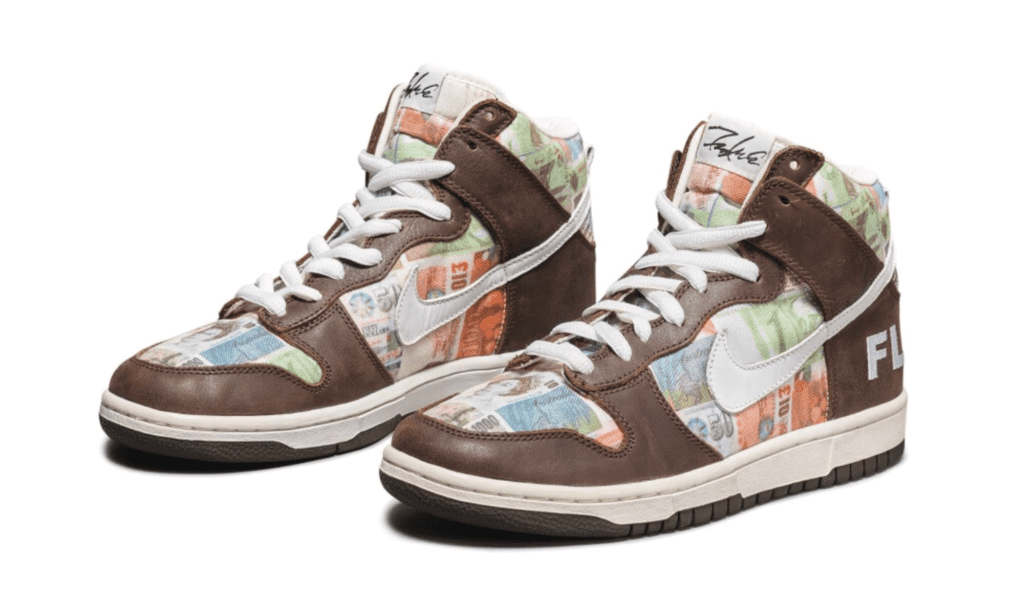 This is one of the hardest Nike SBs to find, hence the expensive price tag. They are a collaboration between Nike and Leonard Hilton McGurr, known as Futura, one of the godfathers of graffiti. Labeled the Nike Dunk High Pro SB “FLOM,” an acronym meaning “For Love or Money,” these sneakers are made using different denominations of printed money.

Only 24 pairs of the Nike Dunk sneaker were crafted and handed out to family and friends. This is why they are so hard to find, as most people who have a pair have decided to keep them. When one pair did pop up at auction, they sold for $63,000, which is a decent amount. 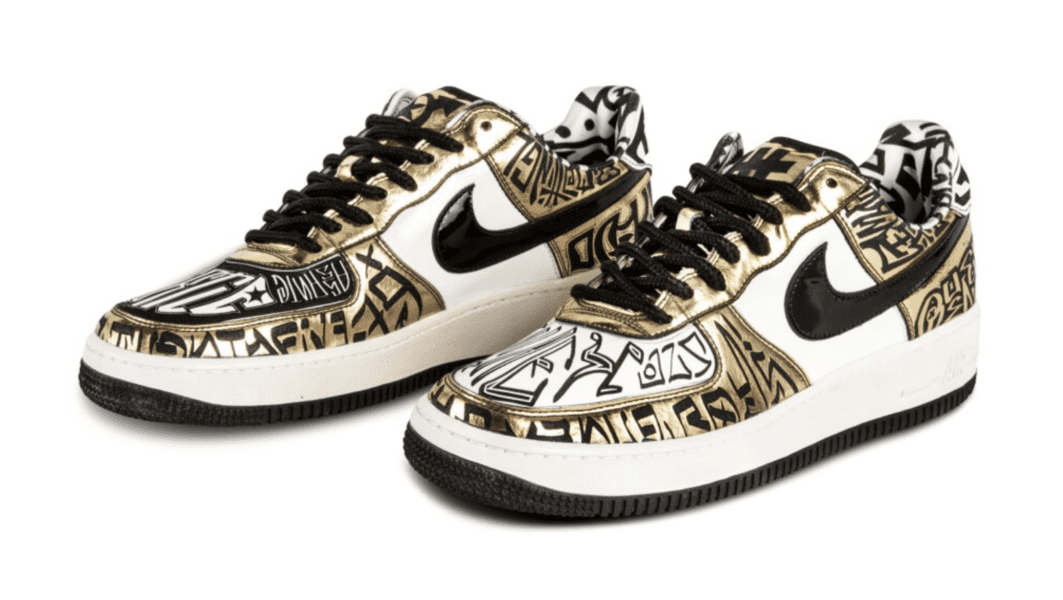 The Air Force 1 is one of Nike’s flagship sneakers. First released in 1982, it’s still one of the brand’s most popular kicks. There have been many different incarnations of this sneaker released over the past four decades, with the “Entourage x Undefeated x Fukijama Gold” one of the most coveted by sneakerheads.

This rare 2009 collab between Nike and Undefeated was made to commemorate the hit TV series Entourage. In one of the episodes, Turtle spends the entire time hunting down a pair of Fukijama Air Force 1s. Although a fictional artist, these sneakers quickly became collector’s items thanks to the metallic gold leather panels and interesting designs. The Air Jordan 12 is a much-loved shoe amongst sneakerheads. While the standard black and white colorway with gold trimming is a classic, it pales insignificantly price-wise to the 2016 Air Jordan 12 OVO edition. Designed by Drake, the sneaker looks the same but comes in an all-white colorway.

This luxury shoe has a white leather upper, gold hardware, and OVO branding on the sole. While the shoe has sold for $100K, it usually retails for a lot less than that. A year after its release an all-black version dropped, although it isn’t as sought after by collectors. 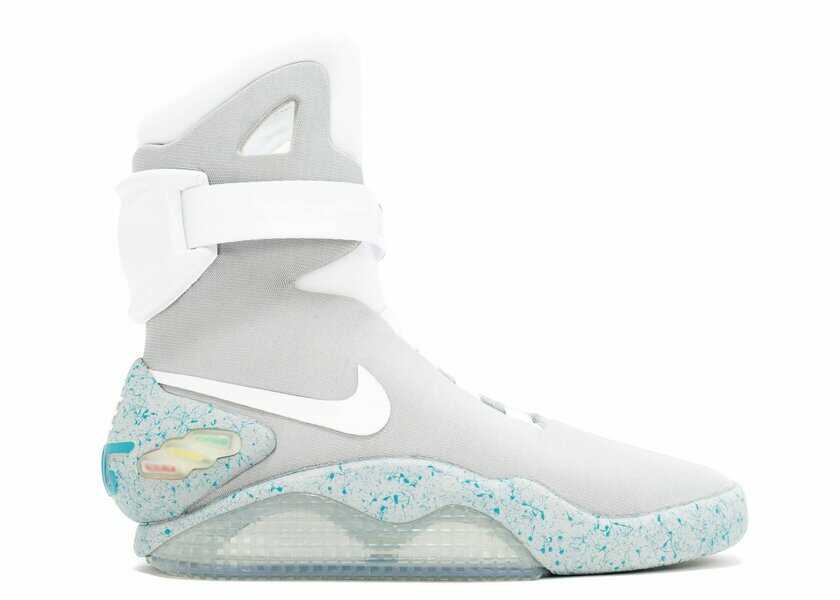 These unique Nike Shoes are modeled on the same sneakers Marty McFly wears in the classic 80s flick Back to the Future. The first version of these futuristic sneakers went on sale in 2011. This updated edition from 2016 is basically the same design except they are self-lacing.

The shoes were first sold via a charity auction, with the proceeds from all 89 pairs sold going toward the Michael J Fox Foundation for Parkinson’s research. While the most expensive pair sold for $104,000, according to StockX the average price for a pair of these sneakers is around $66,142, which is slightly more affordable. 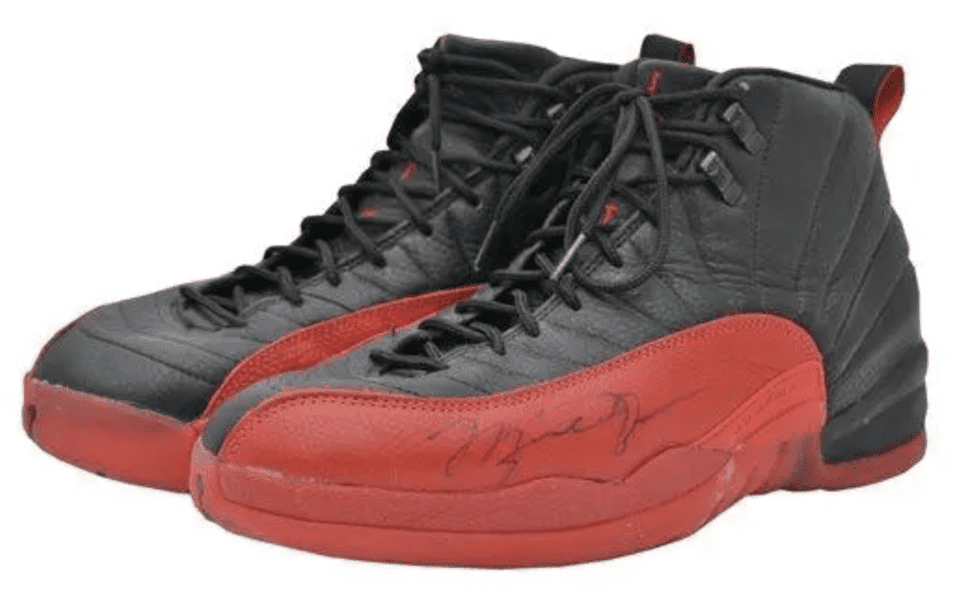 What makes these sneakers so special is that the great man Michael Jordan wore them. Not only that, but the game he suited up for them in was the famous flu game of 1997. During the NBA finals of that season, Jordan was struck down with the flu (actually food poisoning from a pizza he ate) on the night before game five. Nobody thought he would be able to play and the Chicago Bull’s opponents, the Utah Jazz, became the favorites.

Of course, Jordan made it onto the court but was struggling before slowly gaining his rhythm. He went on to score 38 points and helped the Bulls secure the win against the Jazz by two points.

Jordan autographed the kicks he wore that night and gifted them to Utah Jazz ball boy Preston Truma, who would eventually sell them for $105,000 in 2013, for what was then a world record fee. 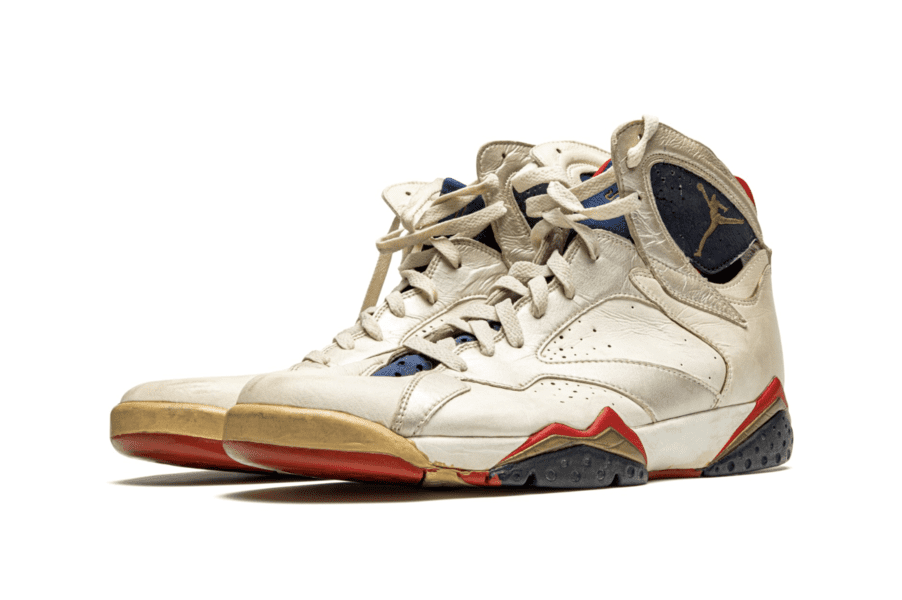 Worn by Michael Jordan during the 1992 Olympic Games in Barcelona, Spain, these sneakers are also signed by the basketball legend. Jordan wore the shoes while playing as part of the incredible American basketball team known as “The Dream Team.”

Consisting of players such as Larry Bird, Scottie Pippen, Karl Malone, John Stockton, Charles Barkley, and Magic Johnson, the team left no prisoners in their wake. They didn’t lose a single game throughout the tournament, ending with the gold medal and an average winning margin of 44 points.

Jordan gave his signed sneakers to a member of staff who eventually put them up for auction where they sold for $112,500. 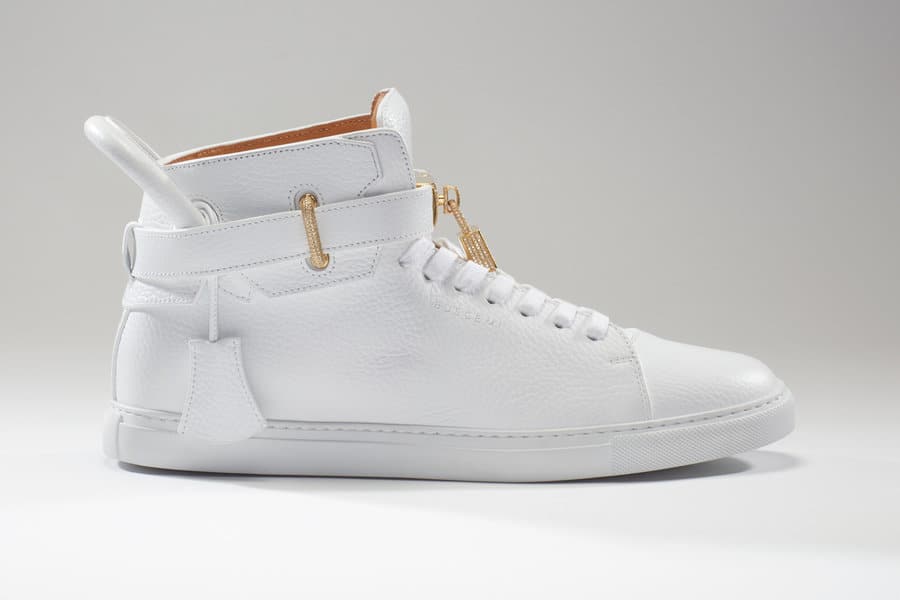 When it comes to luxury sneakers it doesn’t get any more opulent than this release from Buscemi. The all white sneaker dazzles with 11.5 carats of diamonds set in 18-karat gold. There is a gold padlock above the laces that only adds to the value of the shoe.

While they certainly look impressive, why you would want to pay $132,000 for a pair of white kicks is a question that really can’t be answered. This is a sneaker for people with more money than sense, although that’s probably just us getting jealous at not being able to afford such a striking sneaker. 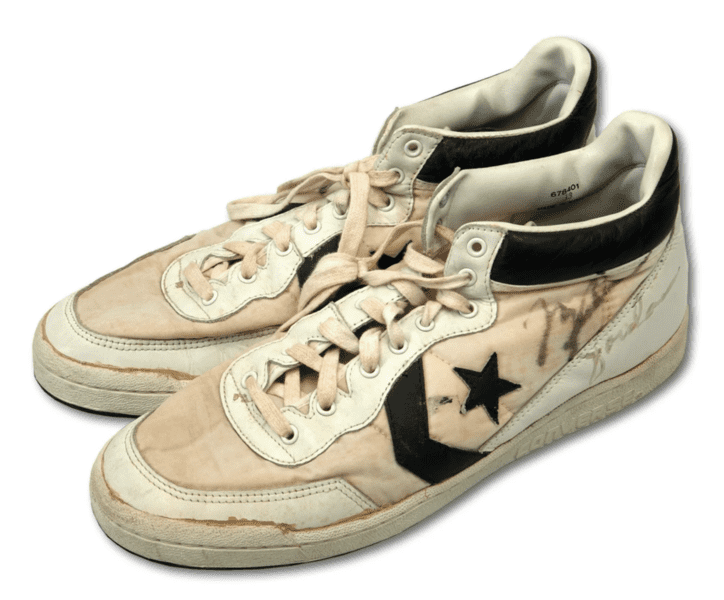 The third of many Michael Jordan game worn sneakers to appear on this list, these kicks are particularly sought after because Jordan never wore Converse during his time in the NBA. This pair of Converse Fastbreak sneakers were worn by Jordan during the 1984 Olympics in Los Angeles.

This was the first and only time Jordan would wear Converse on the basketball court, with these sneakers also autographed by his Airness. Expecting to go for a touch over $100,000, they ended up selling for $190,373. 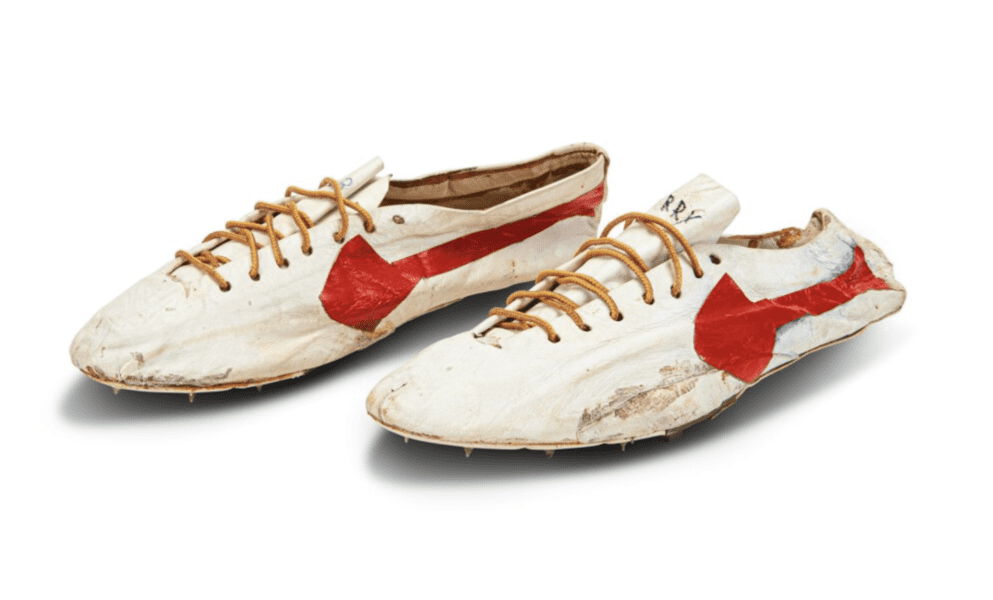 Before he stumbled across the iron design in the 70s, Nike co-founder Bill Bowerman assembled this pair of track shoes in the 60s. Made with the help of Harry Jerome (Canadian Track and Field sprinter and Olympian), these shoes might not look like much, but they ended up setting seven world records.

Worn by Jerome throughout his career, they helped him win a Bronze Medal for Canada at the 1964 Summer Olympic Games in Tokyo, Japan. The sneakers went on to sell for $315, 000 at auction in 2021. 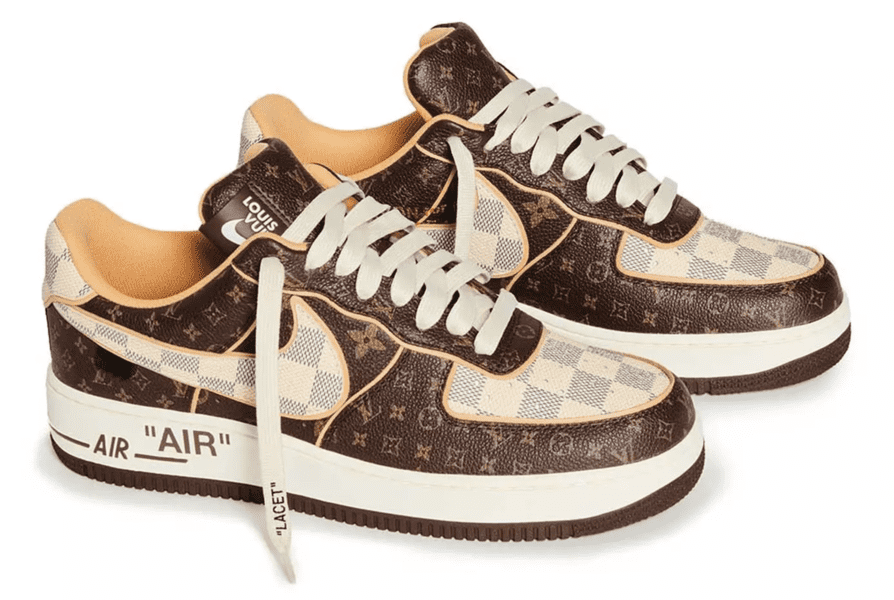 The original collection consists of 200 pairs, all different colors and sizes, that were put up for auction by Sotheby’s. All proceeds from the sale of the shoes went to The Virgil Abloh “Post-Modern” Scholarship Fund which helps promising students of Black, African American, or African descent make it in the fashion industry.

The fashionable kicks come in the classic Nike Air Force 1 design and are embellished with the Louis Vuitton monogram, quotation marks, leather flourishes, and Abloh’s own personal touch. Of all the pairs that sold at auction, the most expensive went for $350,000. These were a size five in a brown colorway that came with a bright orange Louis Vuitton case to keep them safe in. 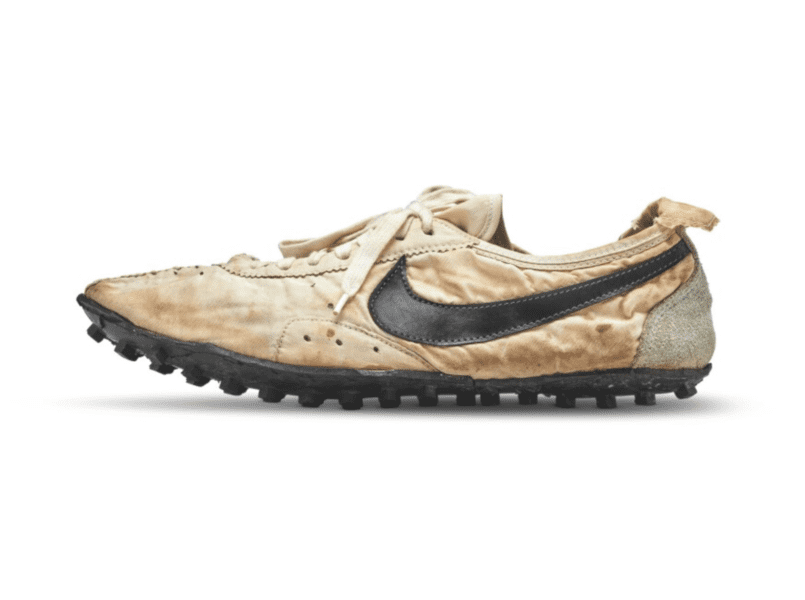 This sneaker went up for sale as part of Sotheby’s and Stadium Goods’ “Ultimate Sneaker Collection” auction. The Nike Waffle Racing Flat Moon Shoe proved so popular that it was sold separately from the other shoes, fetching a handy $437,500.

The Nike Moon Shoe was created by Nike co-founder and legendary Oregon University track coach Bill Bowerman in 1972. He designed the unique waffle sole by using his wife’s waffle iron to create the traction pattern that enabled more grip for the wearer. The sneaker got its name from the moon-like pattern it would leave on the ground that resembled the footprints of the first astronauts to walk on the moon.

Only about 12 pairs of these handmade sneakers were crafted by Geoff Hollister, one of Nike’s first employees. White with a black sole, there is no mention of the word Nike, just a big Nike swoosh on the side of each sneaker. 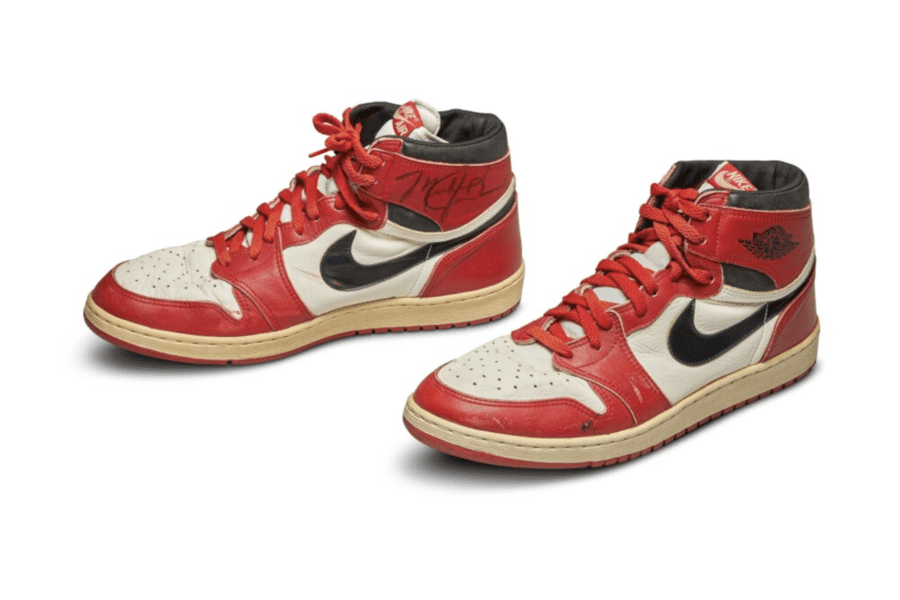 This pair of the iconic Michael Jordan Air Jordan sneakers come from the first run of Air Jordans ever created. The iconic red, white, and black colorway is matched by the craftsmanship of the sneakers, with Jordan preferring low tops to high tops.

Jordan wore these shoes during the infamous Nike exhibition game in Trieste in 1985. At the game he dunked so hard he shattered the backboard. Tiny fragments of glass from the backboard are still embedded in these shoes, making them part of history. The addition of Jordan’s signature also helped these sneakers sell for over $500,000 at auction in 2020. 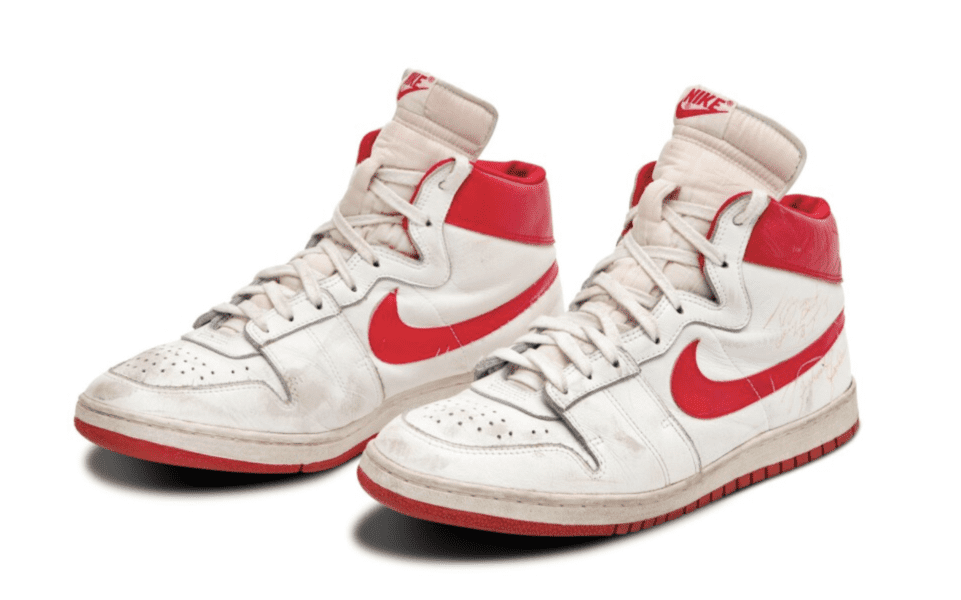 These white and red kicks are the first known sneaker Michael Jordon wore on the court during his NBA career. Inking a deal with Nike to have his own sneaker and clothing line in 1984, the shoes weren’t ready when the season began. So Nike gifted Jordan several pairs of Nike Air Ships with “Air Jordan” or “Nike Air” printed on the heels.

This version of the sneaker that sold at auction was worn by Jordan during his fifth NBA Game on November 1, 1984. They are a piece of NBA history and come with a certificate of authenticity.

“Michael Jordan and the Jordan Brand helped redefine what a signature line formed around an athlete could be. These sneakers are a crucial part of the genesis of that story,” said Brahm Wachter, Head of Sotheby’s Streetwear and Modern. 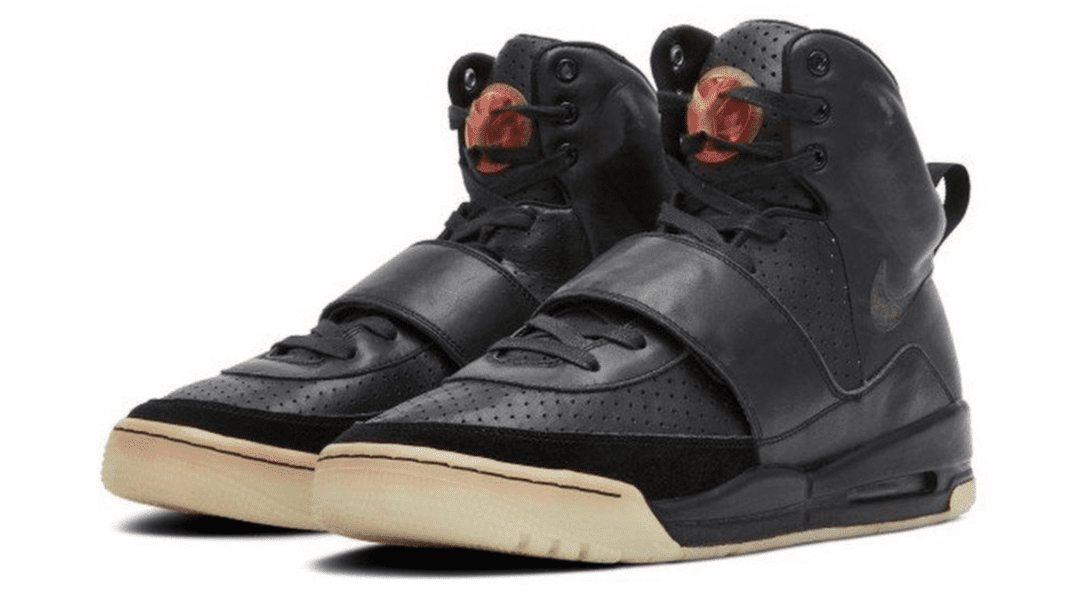 No surprise Kanye West makes it into this list of the top 15 most expensive sneakers ever sold. This kick is highly valued as it is the first and only shoe West designed while working with Nike. Before inking a multi-million dollar deal with adidas, West collaborated with Nike on the Air Yeezy 1.

While they never actually made it to stores, the Nike Air Yeezy 1 ‘Prototype’ was worn by West at the 2008 Grammy Awards. The shoes are black in color and feature a faded Nike swoosh and the familiar Yeezy strap. The size 12 sneakers are the most expensive shoe to ever sell at auction, smashing the estimated $1 million value by $800,000. 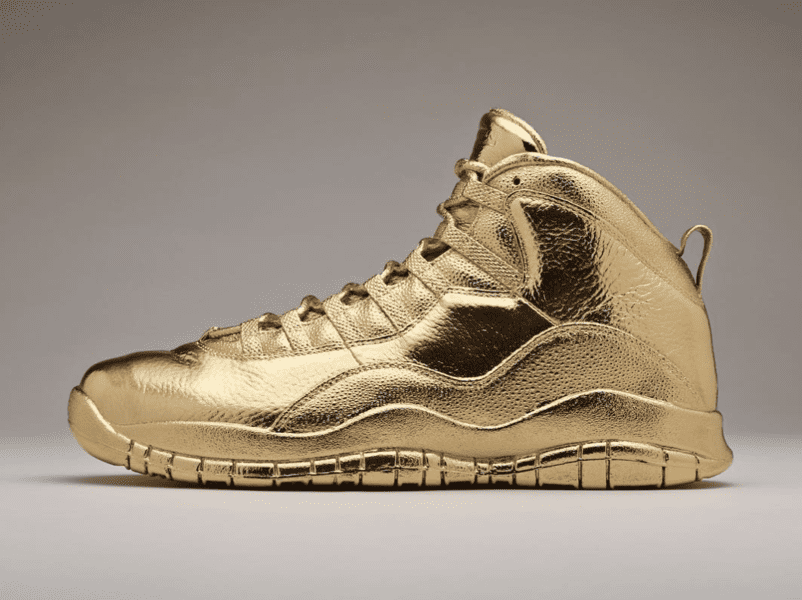 While they are probably a little heavy for everyday wear, these solid gold kicks are mighty impressive. And expensive. The collaboration between Drake’s OVO label and Nike is worth around $2 million. Designed by American artist Matthew Senna, each shoe weighs 50lbs and is made using 24k gold.

Not only are these the most expensive Air Jordans ever crafted, but the most expensive sneaker to ever be made. They contain all the details of the standard shoe, just made in gold. They are a 1/1 design that is sure to increase in value over time and net Drake even more money if he ever decides to sell them.