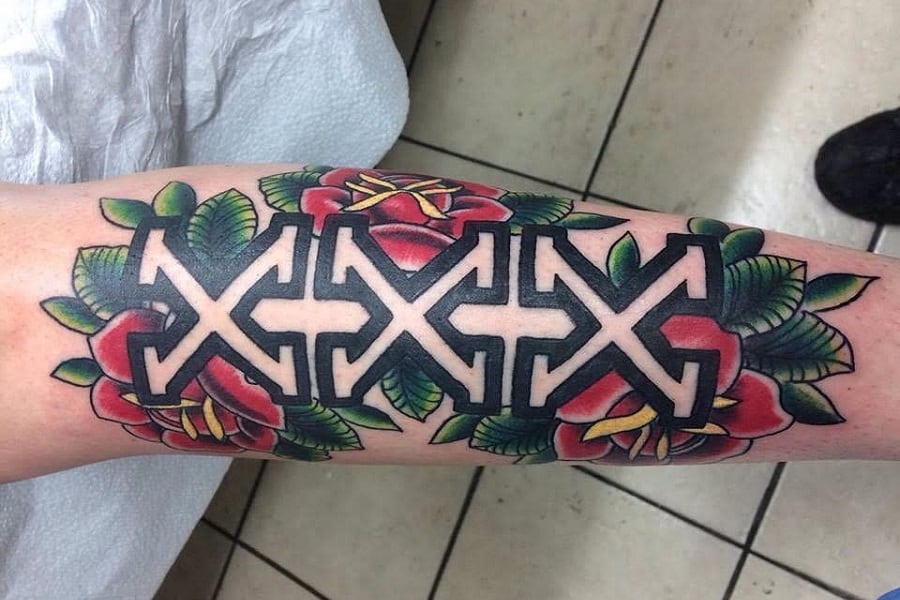 Tattoos have long been used to make statements about the wearer’s lifestyle and one of the most recognized of these meaningful symbols is the straight edge tattoo.

Originating as a push back against the chemical excesses of punk subculture, straight edge has become a movement, with bands, record labels and magazines devoted to this offshoot of hardcore that eschews drugs and alcohol.

While bold, black X’s are the most common designs, the 69 straight edge tattoo ideas in this gallery demonstrate the variety of styles that can be used to identify with this sober hardcore punk movement.

The arms remain a popular location for tattoos and these straight edge tattoo designs are great examples of what can be achieved with this versatile canvas. Here, each tattoo artist takes the designs common in the straight edge movement and applies their own personal touch, producing exciting straight edge tattoos that go far beyond the classic black X.

The chest is the perfect location for larger, more elaborate designs and these straight edge tattoos perfectly demonstrate this “bigger is better” approach to design.

The different styles and approaches to straight edge tattoos on display in this gallery is also impressive: everything from black and red, collage inspired trash polka designs, to a large, full color straight edge tattoo demonstrate what is possible with a powerful concept and skilled tattoo artist.

The original symbol for those that followed a straight edge lifestyle were two black X’s, scrawled across the back of the hands. While the origins of this symbol are a story of utility and chance, the black X soon came to stand for sober punk rock around the world. The unique straight edge tattoos here take the simple concept of an X on the back of the hand and use clever design ideas in a variety of styles to create exciting straight edge inspired tattoos.

Another popular placement for tattoos, the legs are a good choice for those that want larger designs that can incorporate higher levels of details and complexity. The legs are also a good choice because of the added discretion they provide regarding who can and cannot see the ink.

The straight edge tattoos in this collection are great examples of the styles and approaches that can be applied to these powerful symbols, with several excellent pieces using vibrant colors to complete unique and compelling straight edge designs.

For followers of the straight edge lifestyle that need everyone they meet to immediately know where they stand on music, drugs and alcohol knuckle tattoos are a great choice. Long used as a way to spell powerful concepts-think “hold fast” for sailors and “love hate” for criminals-these folks chose to put straight edge on the business end of their fists. Not for the faint of heart, the effect created with these bold straight edge tattoos is anything but subtle.

Not every person opts for elaborate straightedge designs, full of complex details and intricate patterns. Thankfully for these folks, straight edge tattoos are often more compelling when applied in a straight forward, simple way.

Three big, bold X’s across the upper thigh make a clear statement about the wearer’s attitudes regarding drugs and alcohol and few things could demonstrate the personal significance of the straight edge movement than getting a small tattoo of three X’s inked on the inside of your bottom lip.

The original straight edge symbol was simply a pair of black X’s, however, since its split from the hardcore scene of the early 1980s a variety of stylized versions have emerged. Since the straight edge movement came about has a part of the larger punk subculture, it is unsurprising that many of the different forms of the ubiquitous X were developed as an idea for album art and band merch.

The straight edge tattoo designs here draw heavily from this DIY punk rock aesthetic and are great examples of what can be done with this simple but meaningful symbol.

Thanks to the bold lines, bright colors and variety of concepts to which the style can be applied, American and neo-traditional approaches continue to grow in popularity among tattoo lovers. Here, each tattoo artist is able to expertly apply this approach to straight edge inspired designs that bring a variety of unique concepts to the table.

One standout takes the common design of two hands, folded in prayer and gives them the straight edge treatment by adding a bold, black X, making for a playful but significant tattoo dedicated to the sober hardcore life.

Not everyone wants bright colors in their tattoo designs, opting instead for fully saturated black ink to produce the contrast that makes for interesting straight edge tattoos. These big, bold and black straight edge tattoos demonstrate how appealing this approach can be with X as inspiration.

What does the term straight edge mean?

The term straight edge is an offshoot of the punk scene that got its name from a song by the Washington D.C. hardcore band Minor Threat, back in the early 1980s. It was a reaction to the rampant addiction, alcoholism and use of recreational drugs in the punk scene and followers of the straight edge movement eschewed drugs and alcohol in favor of a sober lifestyle.

Where does the “X” in straight edge come from?

The most common straightedge symbol, the bold black X’s, often worn on the back of the hands, came about during a Teen Idle’s show where the band members were too young to drink. The club owners compromised by marking X’s on their hands so the youth wouldn’t be served alcohol and the X or sXe idea became a de facto symbol of the straight edge scene.

Does a person need to be a punk rocker to get a straight edge tattoo?

While there is no doubt that straight edge subculture emerged from the hardcore punk music scene, the designs associated with the movement have become broader symbols of sobriety and anti recreational drugs. As long as the straight edge individuals live a sober lifestyle then they are free to get a straight edge tattoo. That being said, almost everyone that has a straight edge tattoo has been a fan of a punk band, their song lyrics and lifestyle at some point.