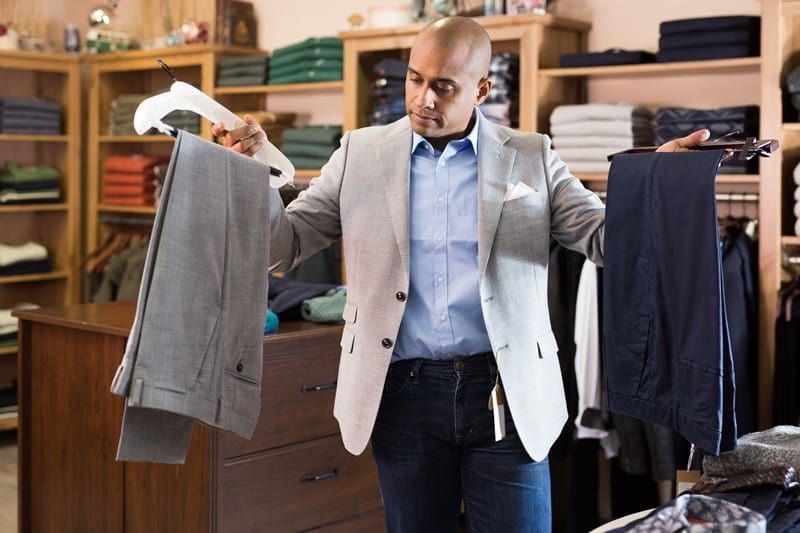 Trousers vs. Chinos: Everything You Need To Know

Though trousers may sound a bit more sophisticated or fancy than the word “pants,” they simply mean the same thing. Back in the day, trousers often referred to a more formal pair of pants, but in modern times, trousers and pants are interchangeable words that basically encompass the entire realm of jeans, dress pants, khakis, and more. Chinos are simply another category of pants that have become increasingly popular over the years due to their simple yet intentional style and laidback look.

Able to be dressed up or dressed down, having at least a few pairs of chinos in your closet is a major necessity for the modern man, but it is important to first understand what chinos really are and why they have become such a beloved pair of trousers. Keep reading for Next Luxury’s full breakdown on everything you need to know about chinos in comparison to other trousers.

See more about - Slacks vs. Chinos: Everything You Need To Know 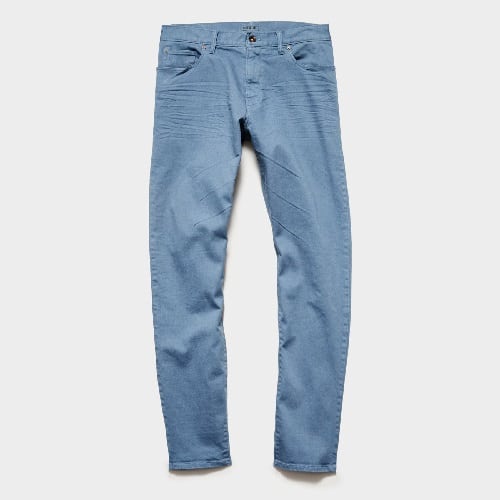 Chinos are a type of trouser that is known for being very lightweight and simple. Being that they are neither formal nor informal, they are incredibly versatile, able to be worn for a variety of settings such as semi-casual and business casual environments. Most often they are made from cotton-twill material, giving them a simple and soft feel.

Sometimes, chinos can also be recognized by some more basic, everyday features such as patch pockets or decorative stitchings. Also, while many men are not aware of this, chinos that come in a khaki color are usually called khaki’s, not chinos. Khaki’s are also known to use cotton that is a much heavier weight than regular chinos, creating a more easily recognized distinction between the two.

Modern chinos are known to have a slimmer fit and silhouette than more traditional chinos. Though these trousers first became popular with both the American and British armies before making their way into mainstream fashion, they are now a solid go-to choice for men who like to keep things simple yet stylish. Also, while the cotton-twill material mentioned above is the most common fabric that chinos come in, they are also sometimes available in moleskin, wool, and corduroy.

See more about - Jeans vs Chinos: Everything You Need To Know

When To Wear Chinos 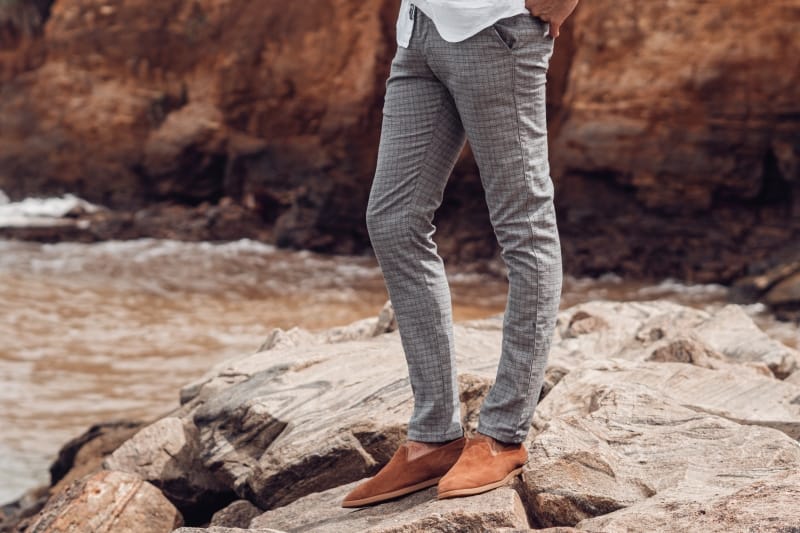 The beautiful thing about chinos is that they can be worn to a variety of different events and in a variety of different settings. Since they fall somewhere in the middle between formal and casual, chinos make for a great everyday option for men who like to look their best without overdoing it. However, there are definitely some places and settings where chinos are not the most appropriate trouser option.

For example, very formal occasions such as weddings or black tie events require dress pants. Wearing chinos at one of the places would surely result in some strange looks and slight embarrassment. Another good time to forgo chinos is if you are going somewhere that is very casual. For instance, if you are hitting up a summer party or beach day with friends, leave the chinos at home and opt for a pair of casual shorts or swim trunks.