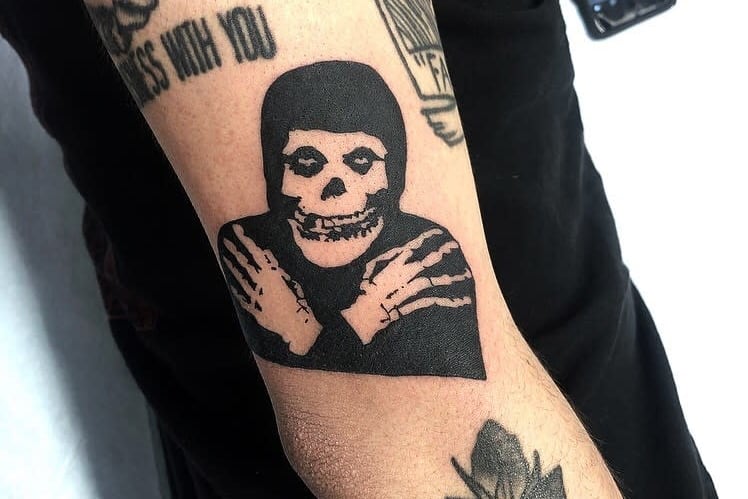 The first iteration of the Misfits were together from 1977-1983 before founding member Glenn Danzig disbanded the group to create heavy metal act Samhain.

The band’s iconic skull logo, The Crimson Ghost, became the Misfits mascot after the release of the Horror Business single in 1979. Even those unfamiliar with their music can recognize the stylized skull.

The Misfits became more popular after they dissolved, becoming a must listen artist for those interested in punk culture.  Tattoo lovers and punk rockers from across the world often get ink in tribute to the band’s influence.

The Misfits re-formed with original members Jerry and Doyle Only during the mid-late 1990s (without Danzig), and still tour today. 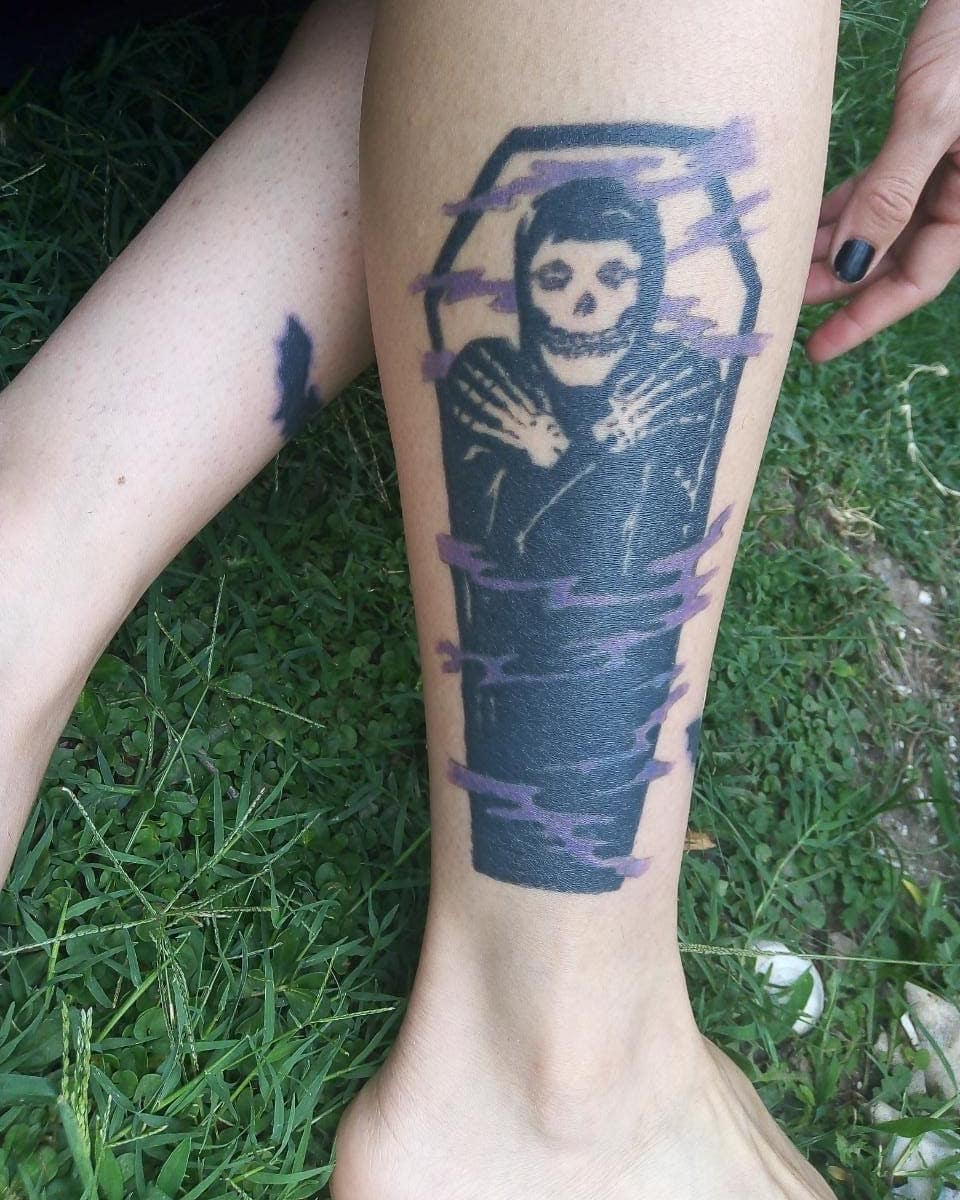 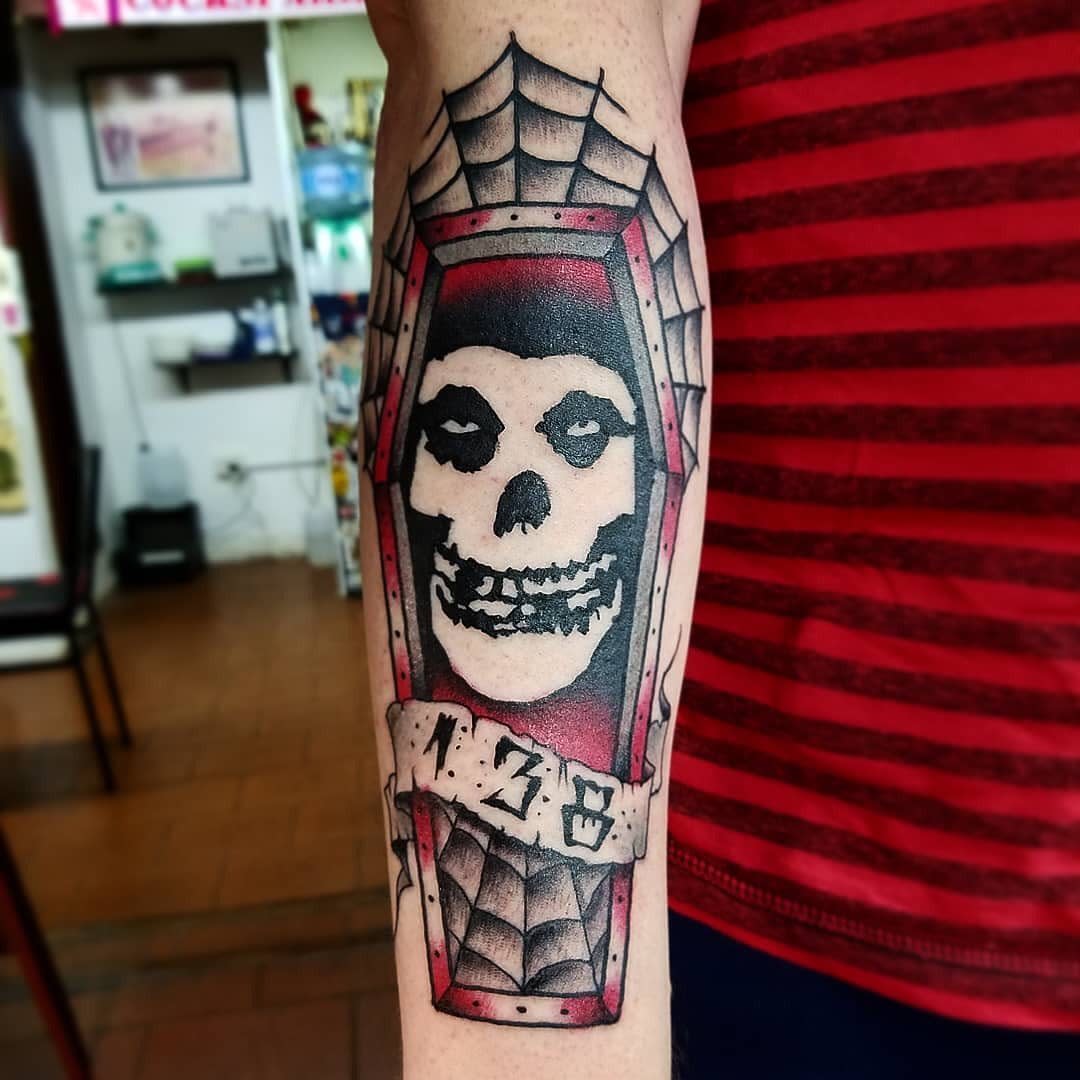 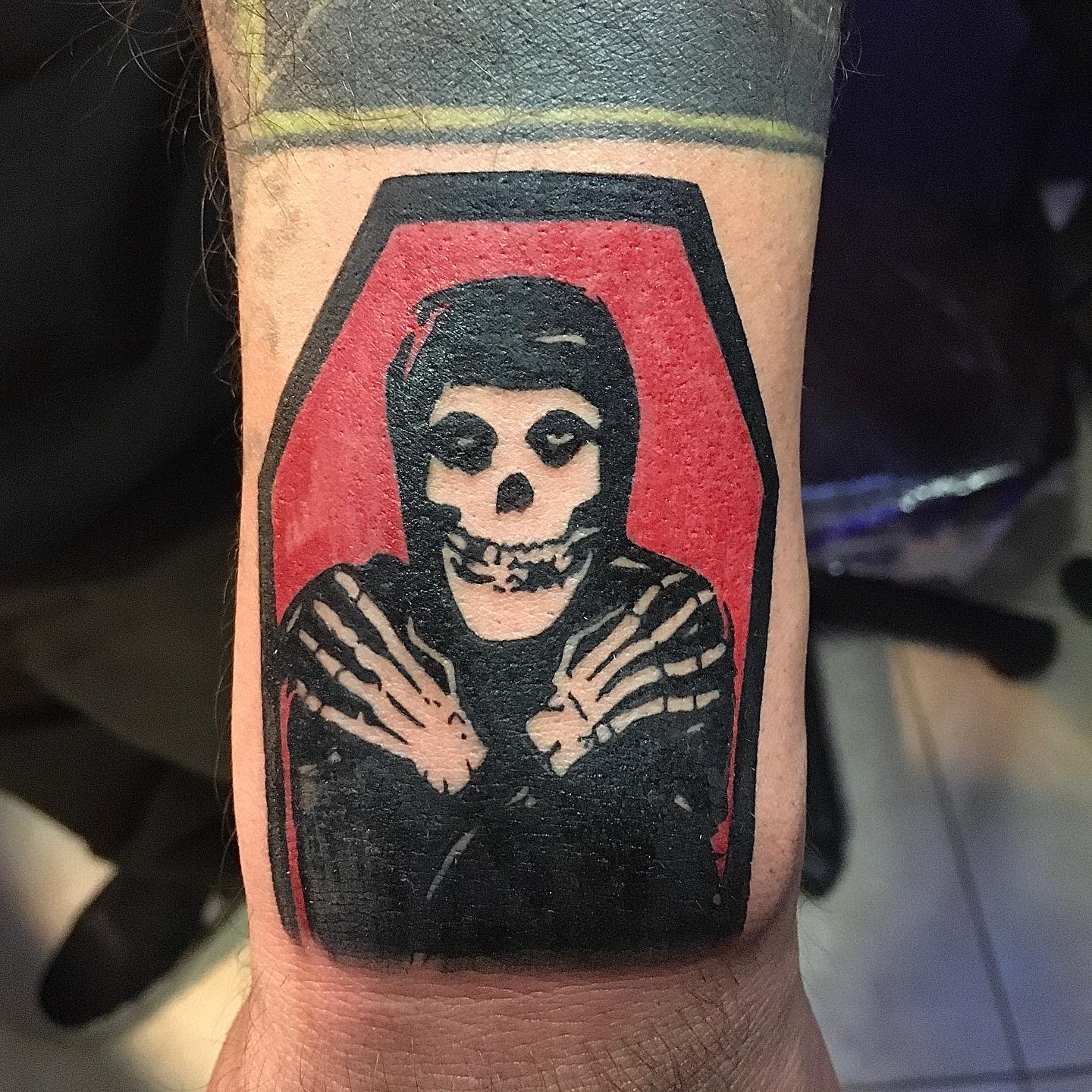 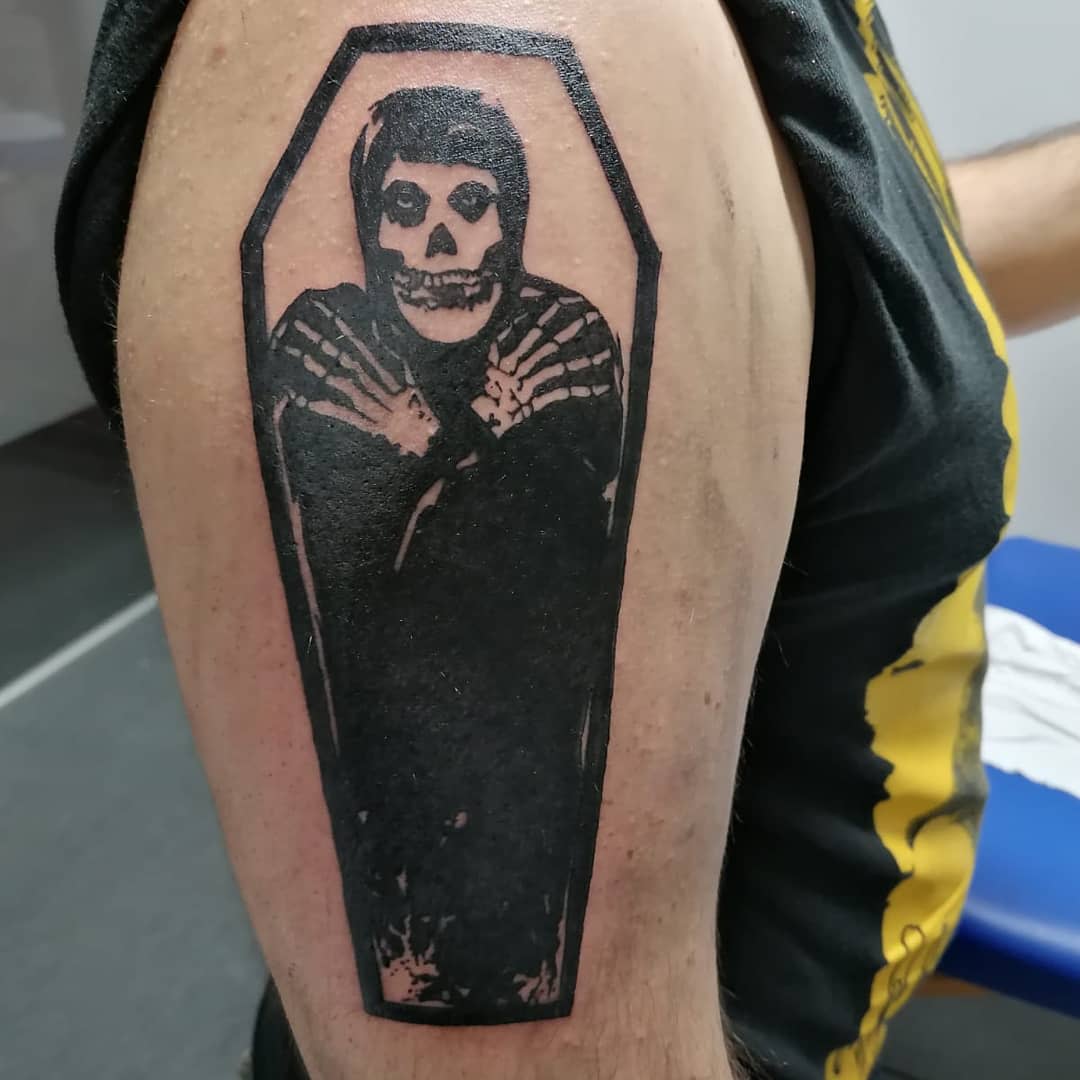 2. Misfits Tattoo Ideas for the Hand 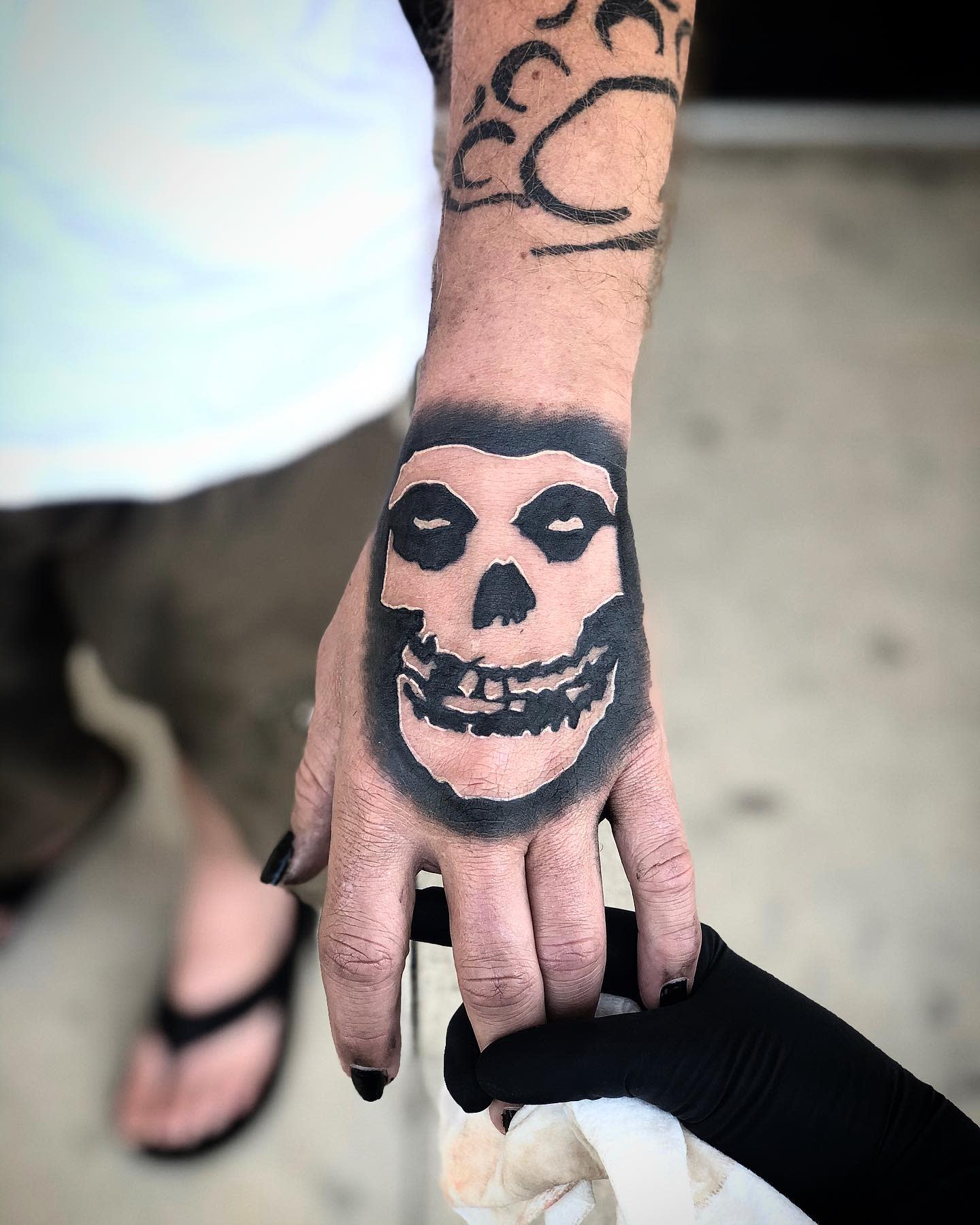 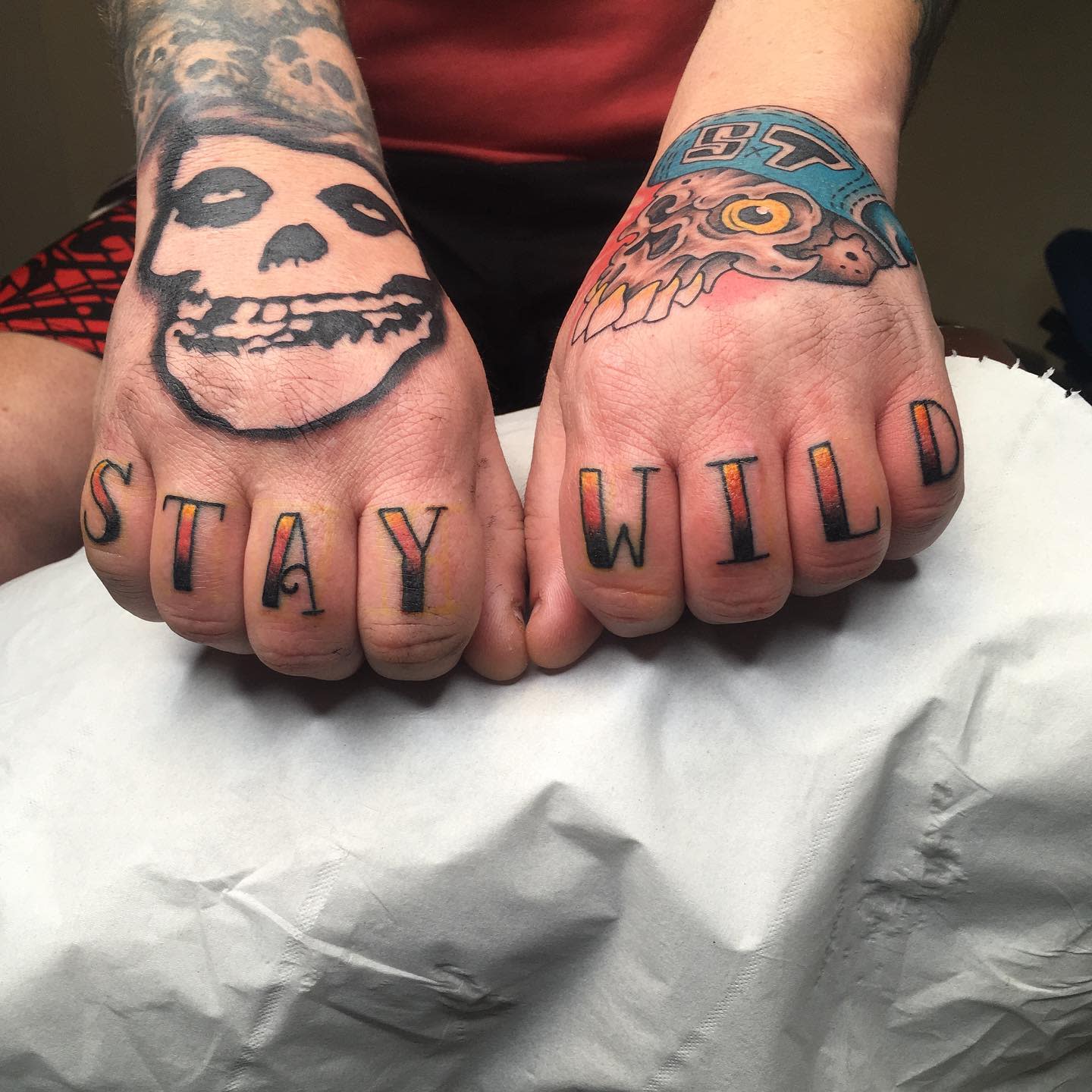 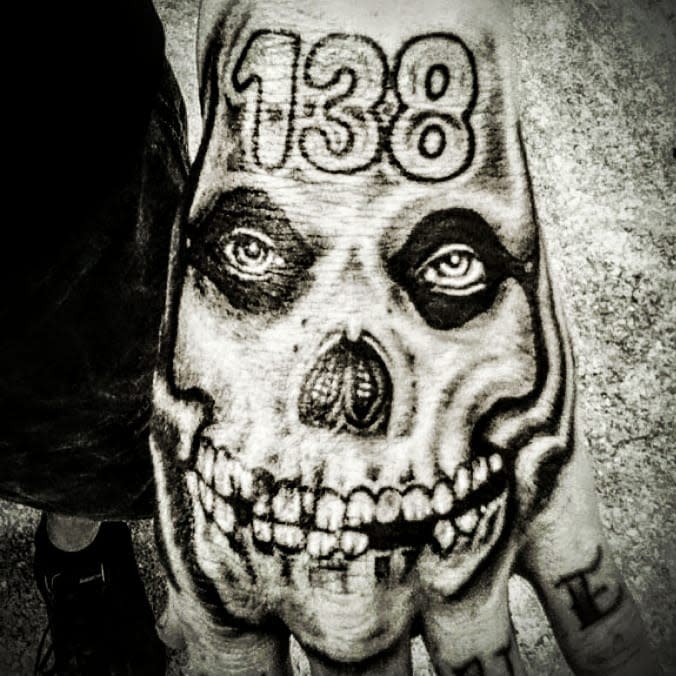 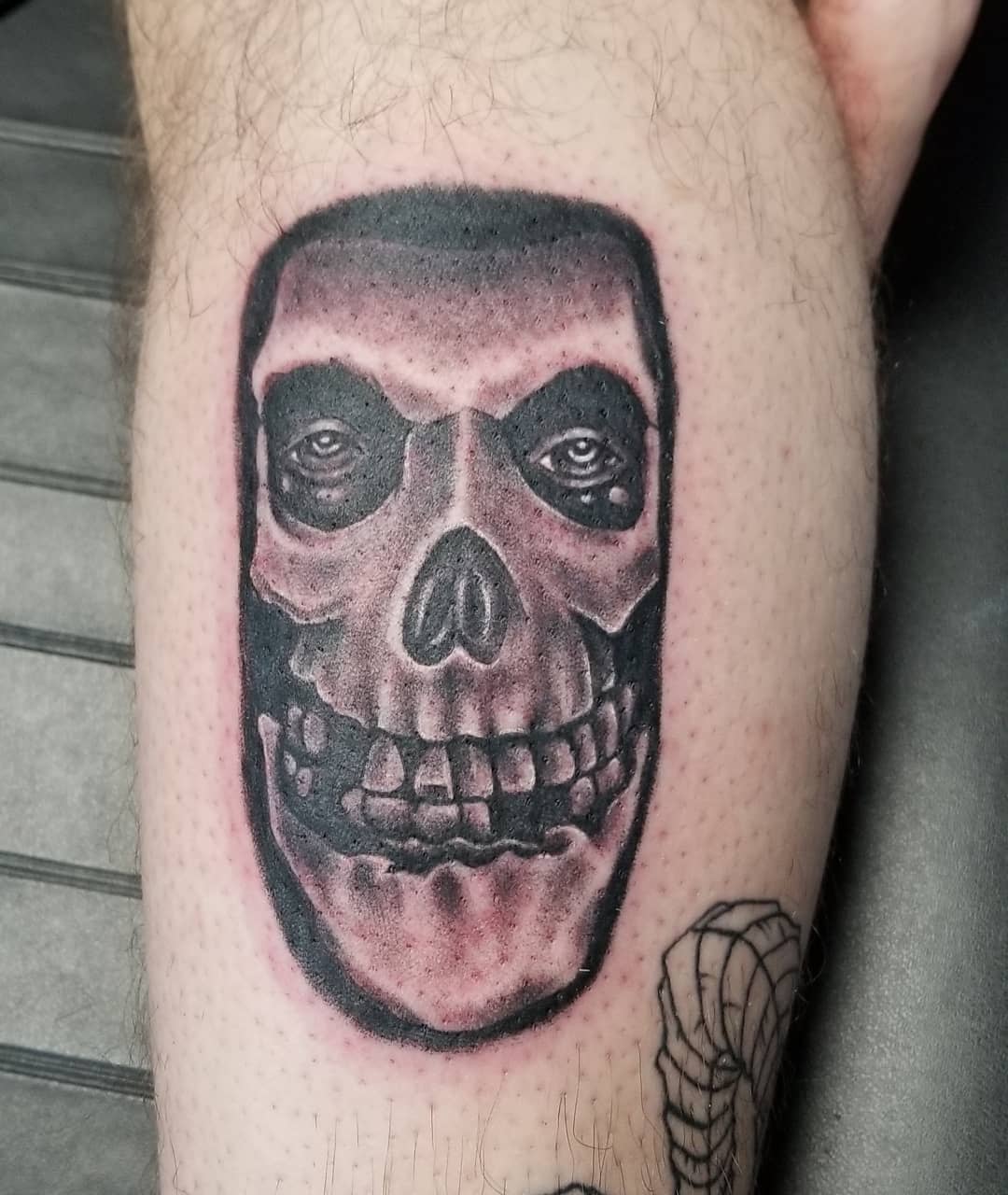 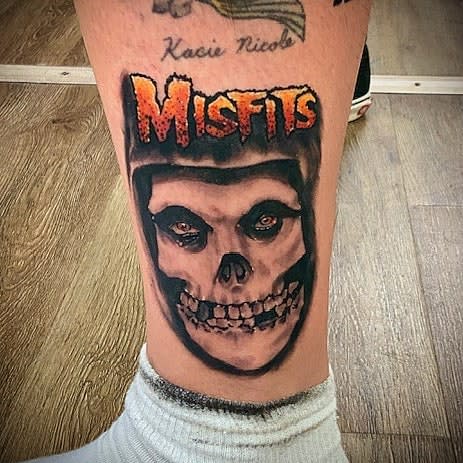 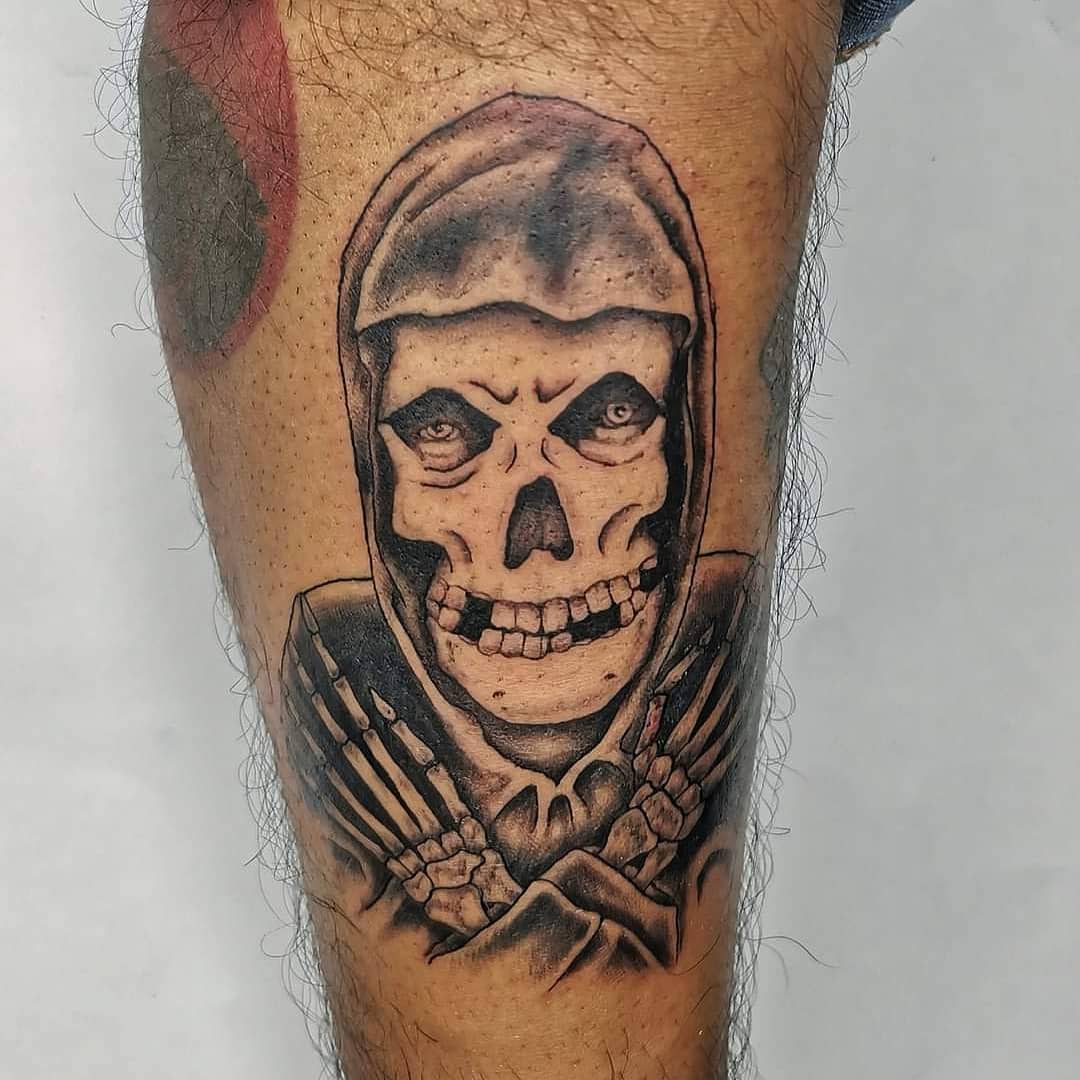 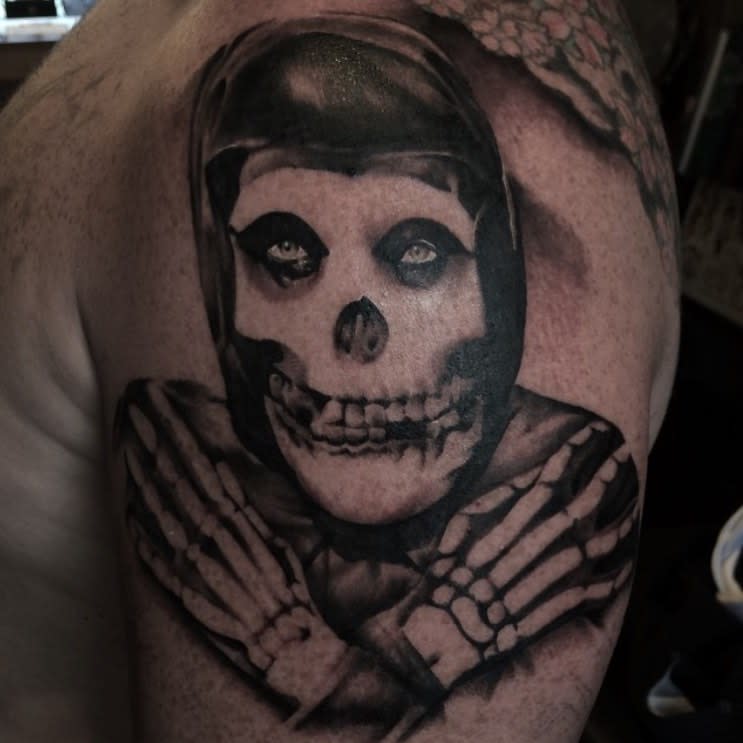 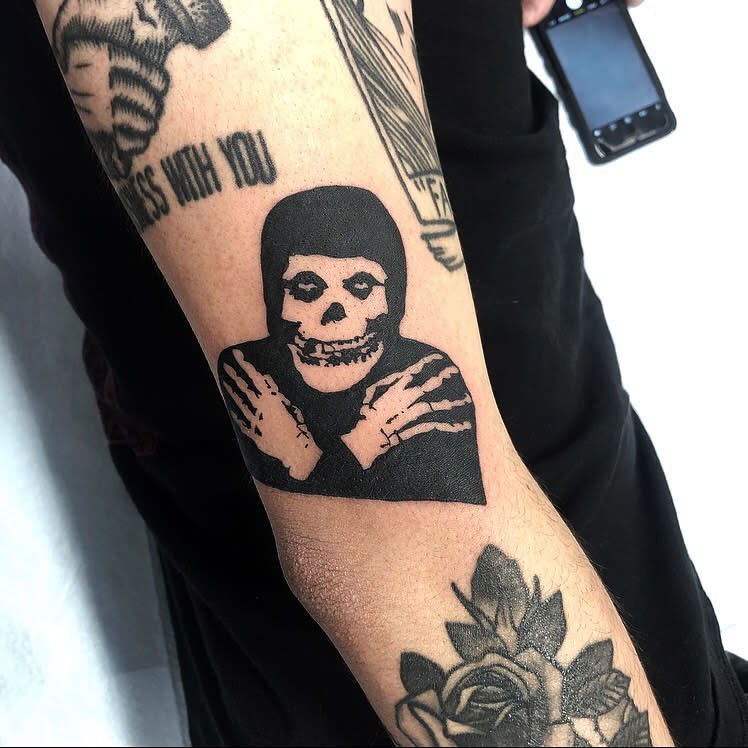 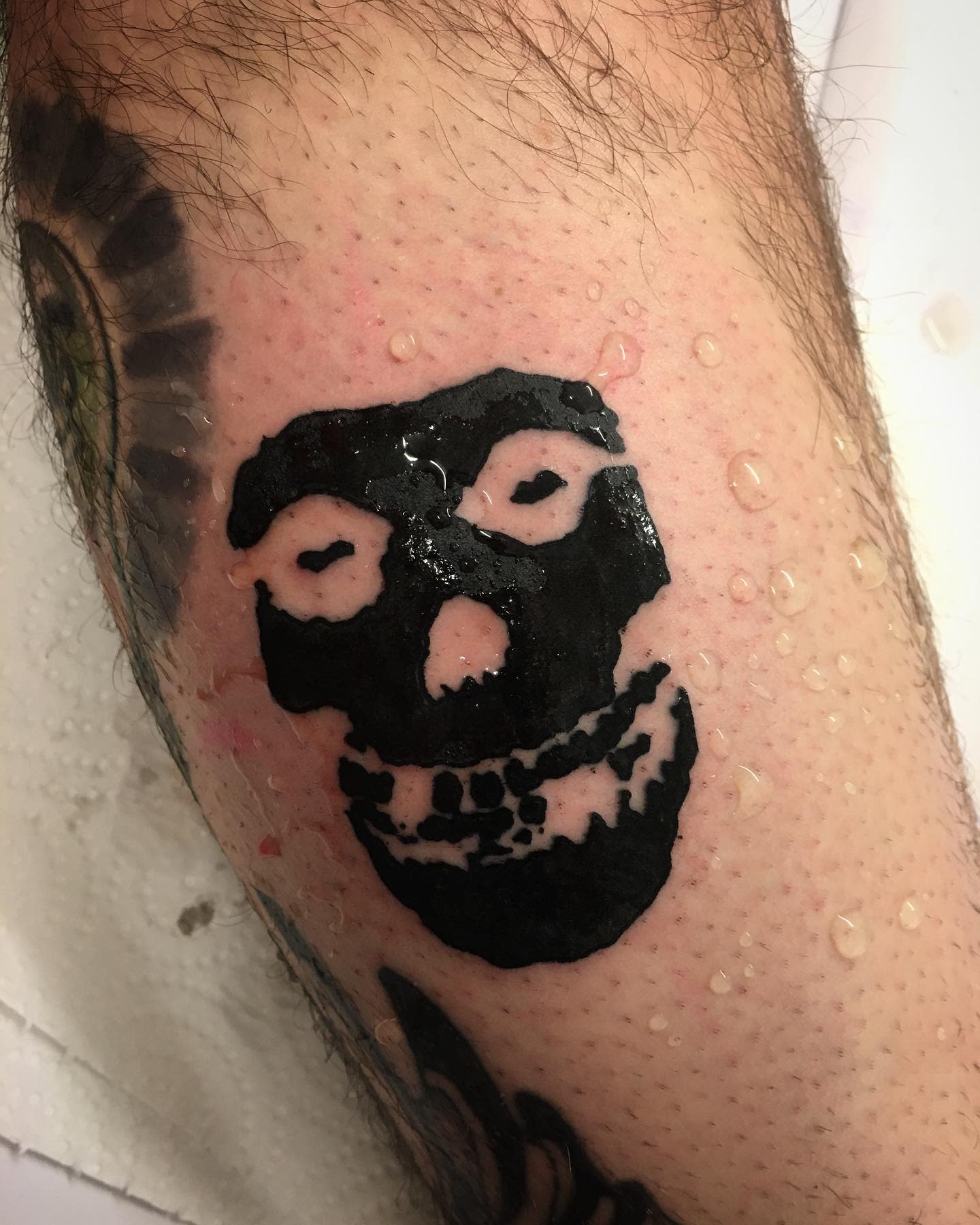 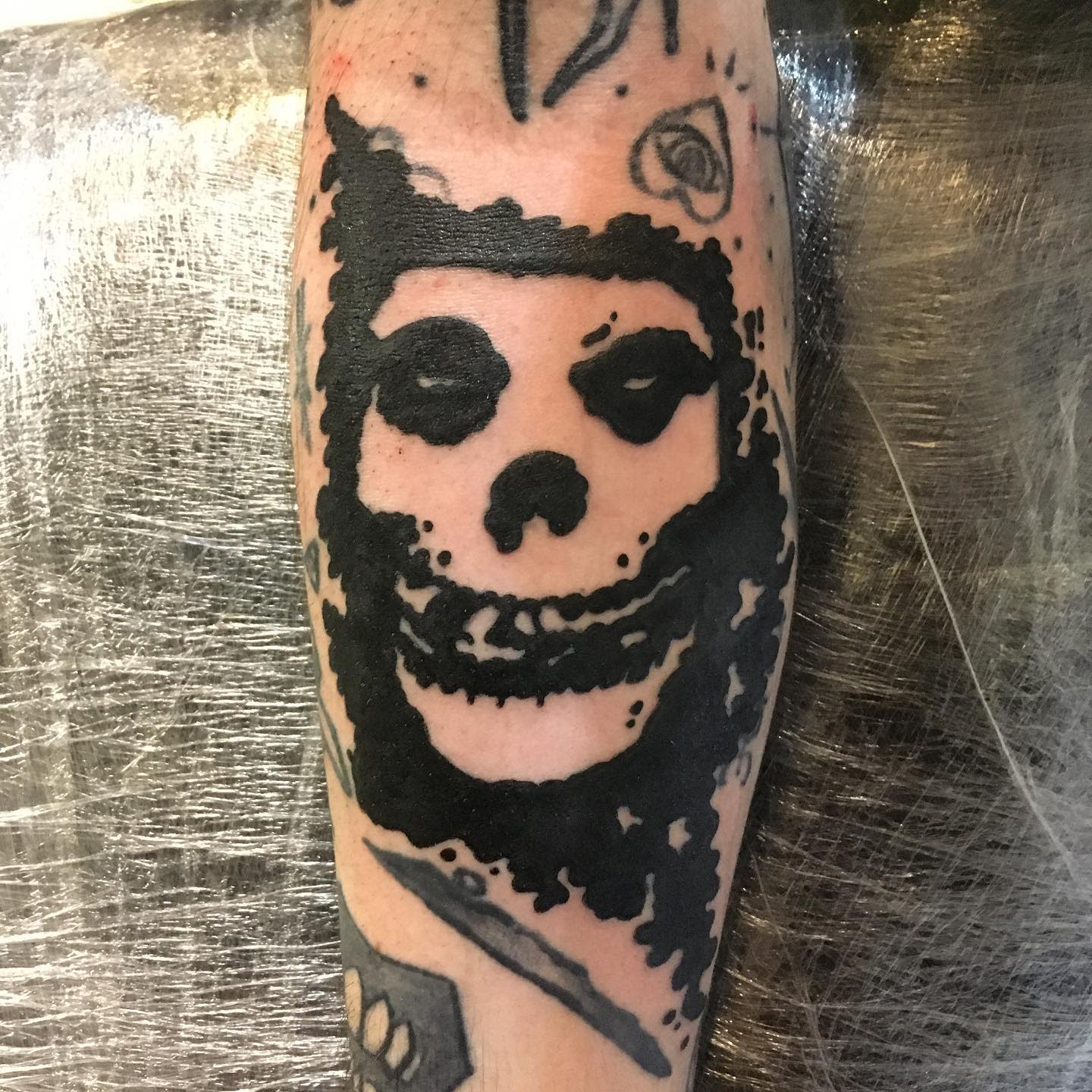 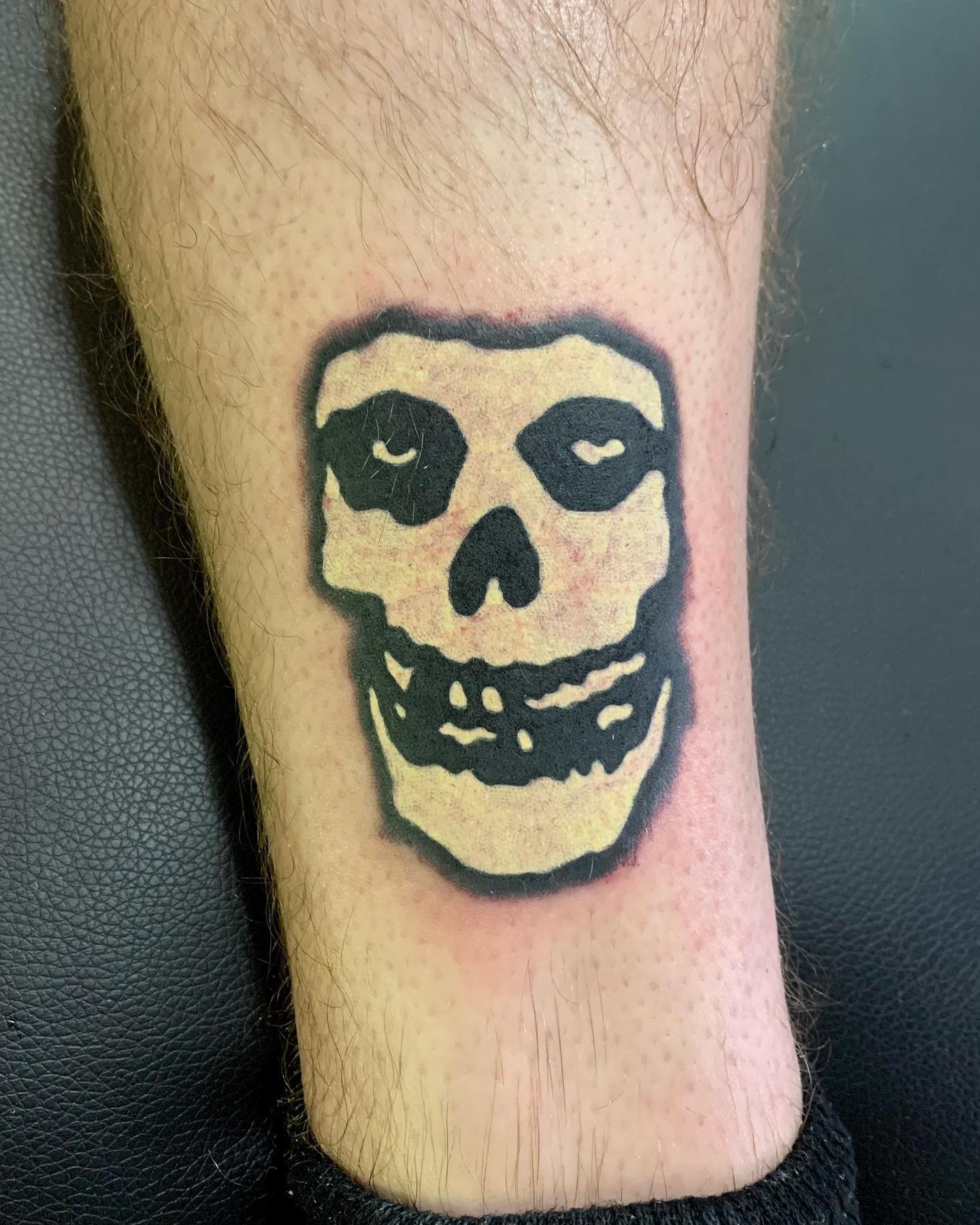 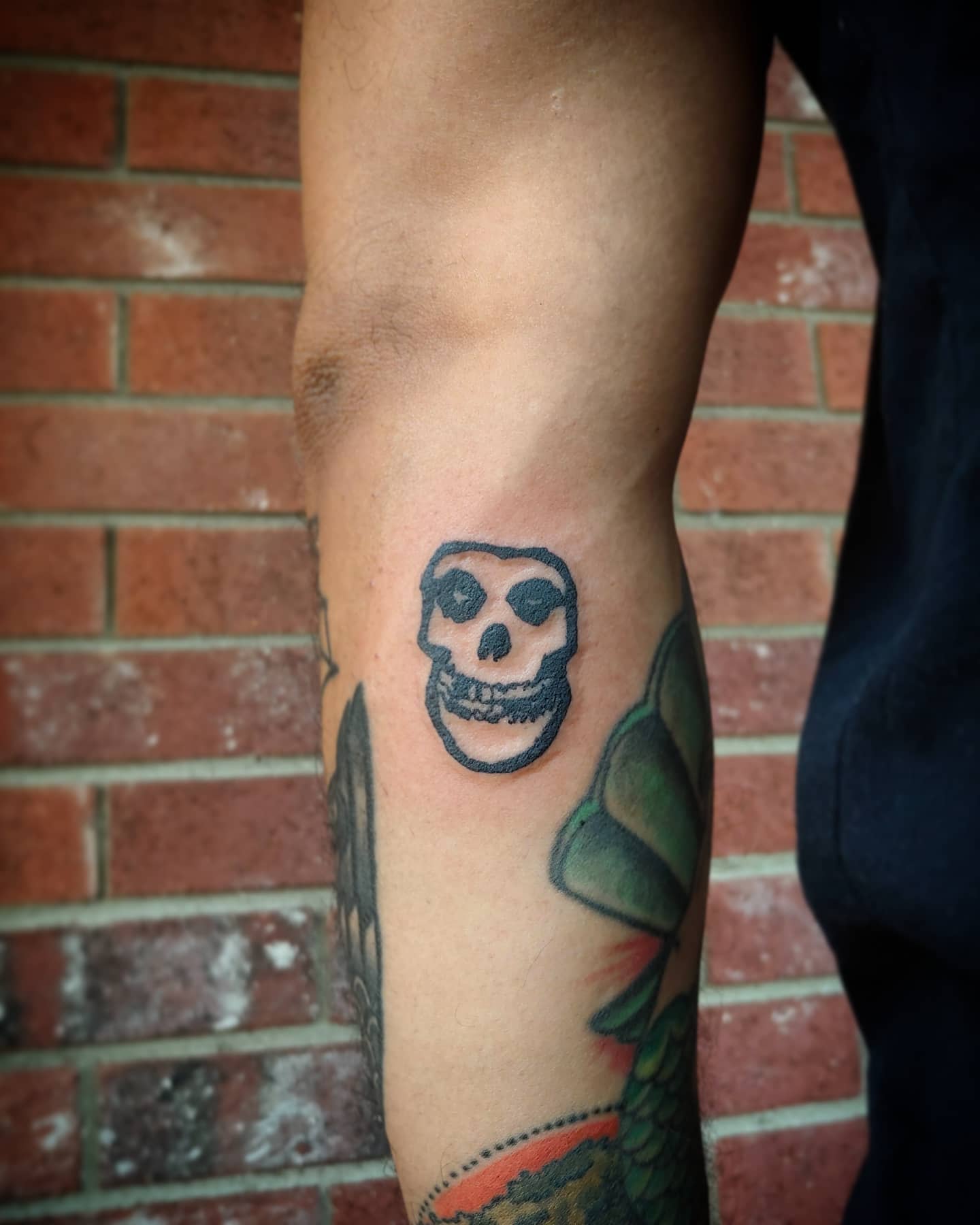 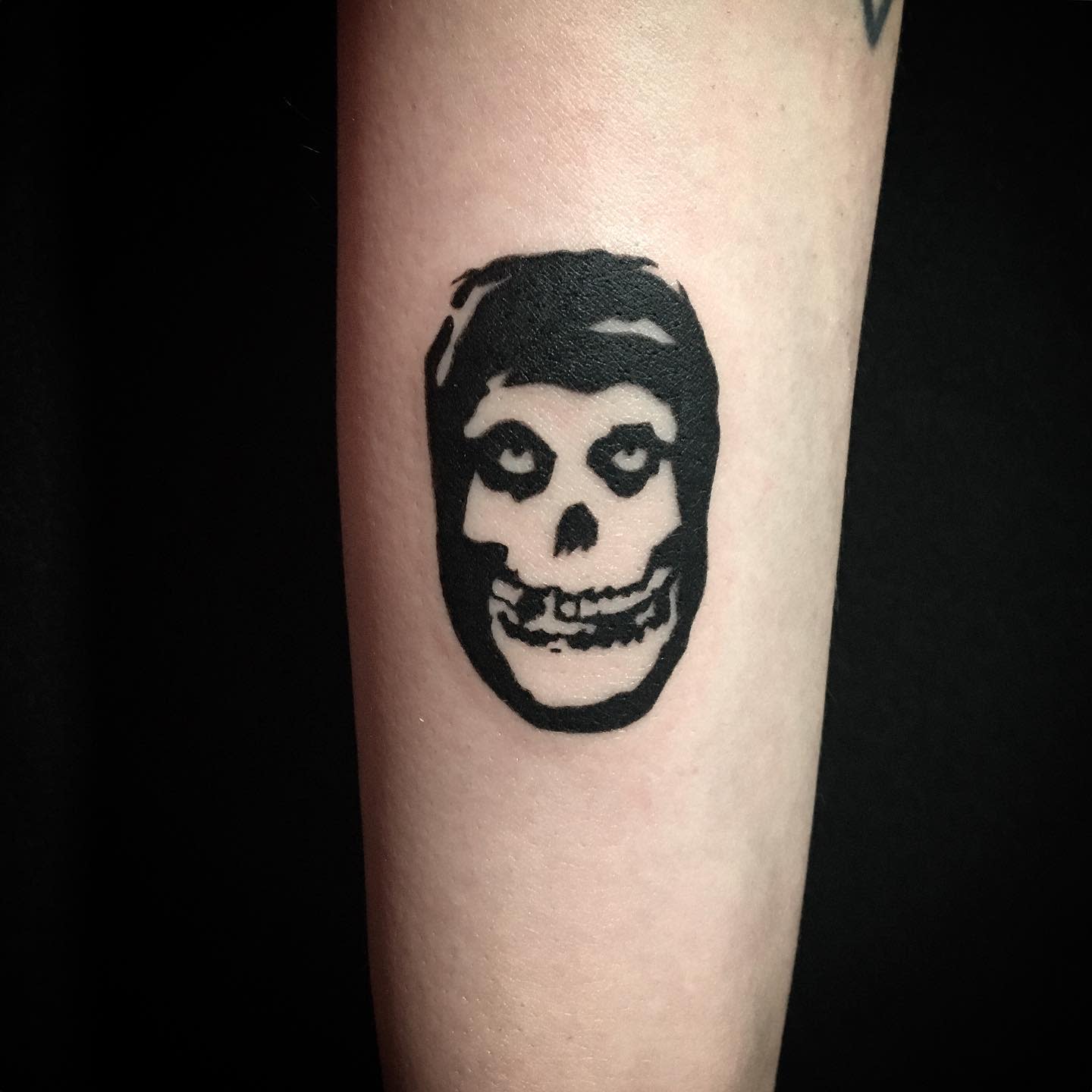 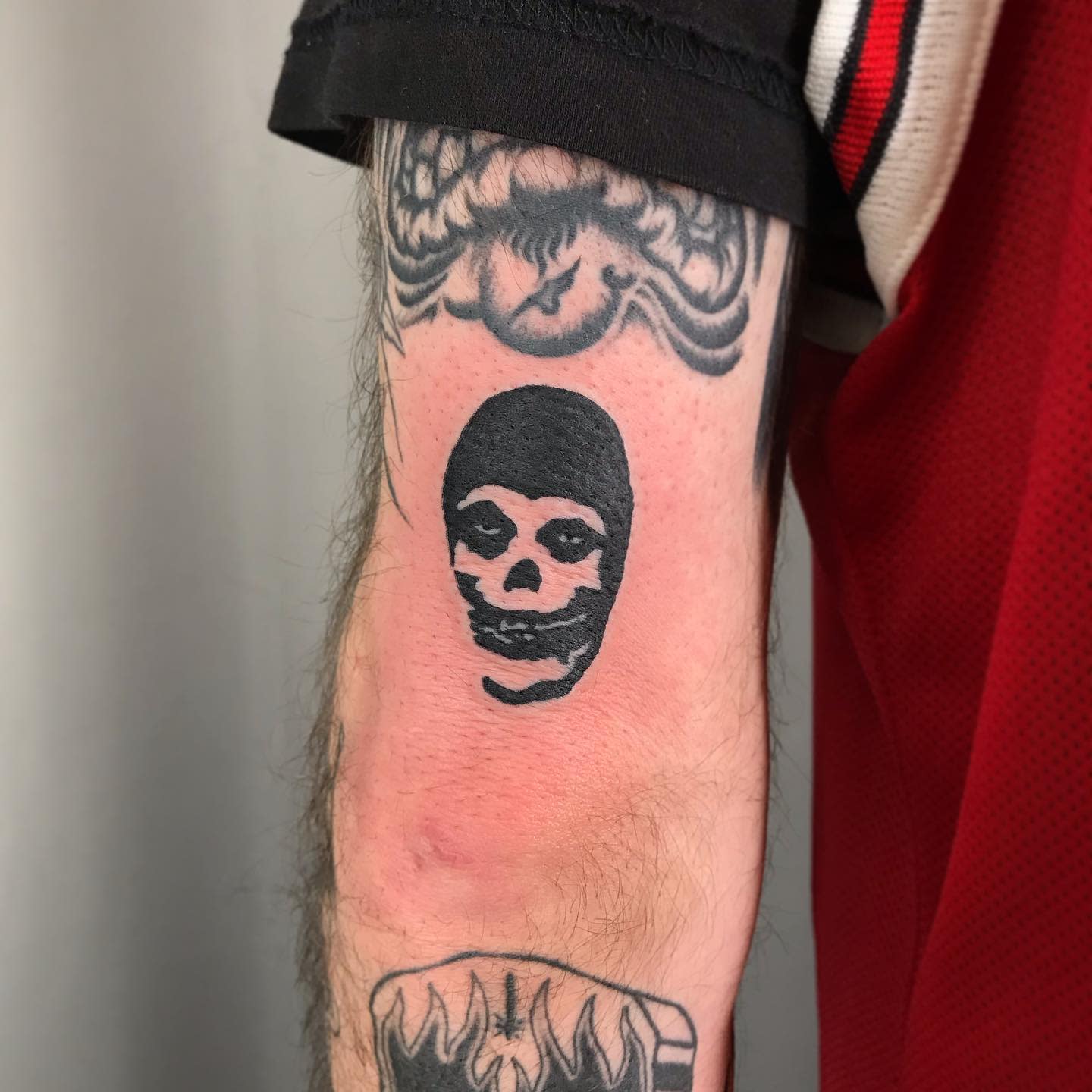 Why are Misfits tattoos popular?

Punk music and culture is one that draws tattoo lovers. Bands such as the Misfits, Pennywise, and NOFX all have logos that make recognizable tattoo art.

The Misfits music is influential within the genre–even 30 years after their peak–so tattoos such as the Crimson Ghost logo are now part of the fabric of wider punk culture.

What is the Misfits Crimson Ghost logo?

In 1979 the band released one of their most iconic tracks, Horror Business. The cover for the release featured a stylized skull that had been developed from the poster for the 1946 film the Crimson Ghost.

From then on, the Crimson Ghost skull was maintained as a mascot for the band, and remains a popular icon for tattoos, stickers, t-shirts and other Misfits merchandise.

What style of Misfits tattoo should I get?

Nearly all Misfits tattoo designs use a version of the Crimson Ghost logo. Most of these are a juxtaposition of solid black ink and negative space (which is a smarter design option than white ink).

However, the Crimson Ghost can be made in different styles. Some are done with a coffin in the bold black or limited color American traditional style, while others make the Crimson Ghost with realistic bones and a more lifelike facial structure.

How much do Misfits tattoos cost?

A small solid black ink Misfits tattoo can cost in the vicinity of $150-$200.

A mid-sized black ink or limited color American traditional piece can be around $300-$400 for 2-3 hours of work from an established professional.

Realistic Misfits tattoos are likely to cost around $500 plus tip for a mid sized tattoo.

Always make sure that you’ve got a solid idea of the tattoo price before sitting in the chair or making the booking and deposit.