It’s no secret that the bear is one of the most powerful creatures in existence, and an equally formidable animal totem.

Man has alternately hunted, fled from, and sought to lived alongside the bear, and to this day the balance is fraught with uncertainty.

The man who respects and acknowledges the bear’s power stands on par, and the neo traditional bear tattoo is proof of his induction.

Though it honors an animal of ancient spiritual value, the neo bear tattoo is absolutely in the moment and of the moment style-wise. Defined by a look and feel that could be lifted from any number of today’s on-trend illustrations and graphic novels, the neo bear design is anything but primitive or outdated. Native Americans believed that the bear represented courage, stubbornness, and above all protectiveness of loved ones, and all of these qualities are honored to this day.

If the bear’s likeness appeals to you, then you are surely a man with similar principles and strengths. Perhaps the bear’s frequent need for solitude and rest aligns with your own needs for similar self-care?

Revered for thousands of years by men all over the world, the bear stands for bravery and ferocious love, even when facing his own predators. You are a man who protects his friends and loved ones, fights fair, and doesn’t go down easy. These neo bear tattoo design ideas are a worthy homage to a spirit animal whose tracks will not soon be erased. 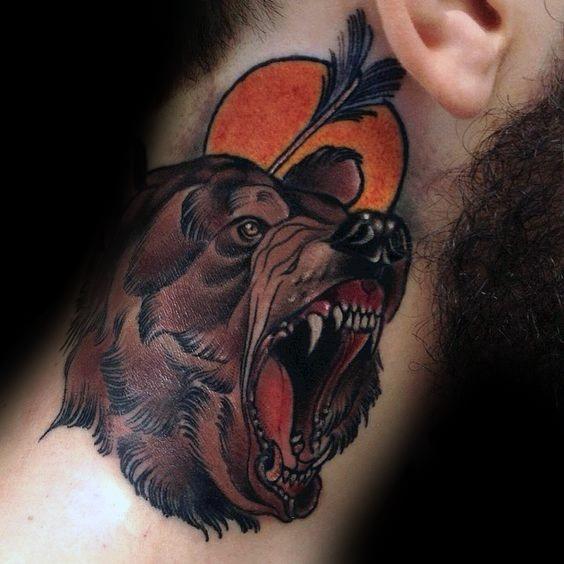 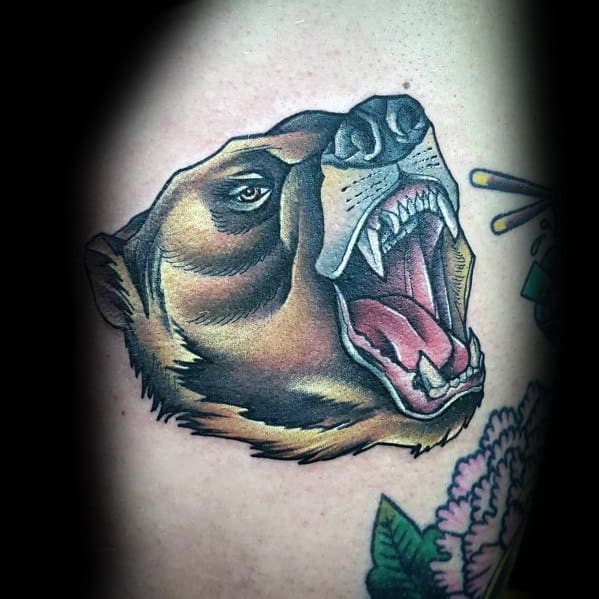 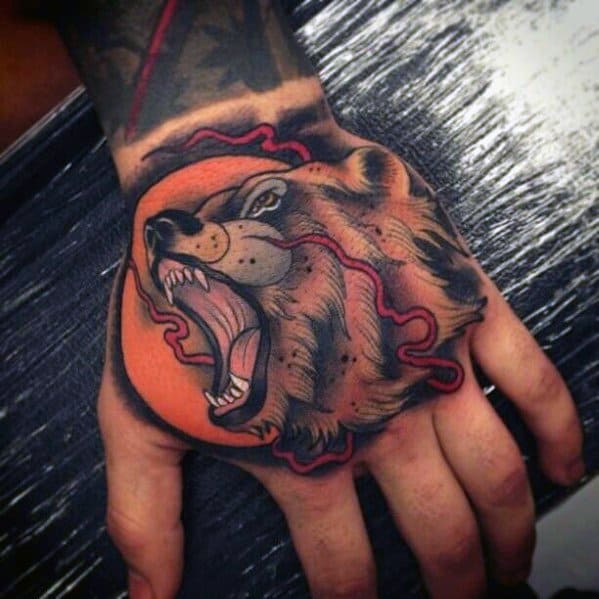 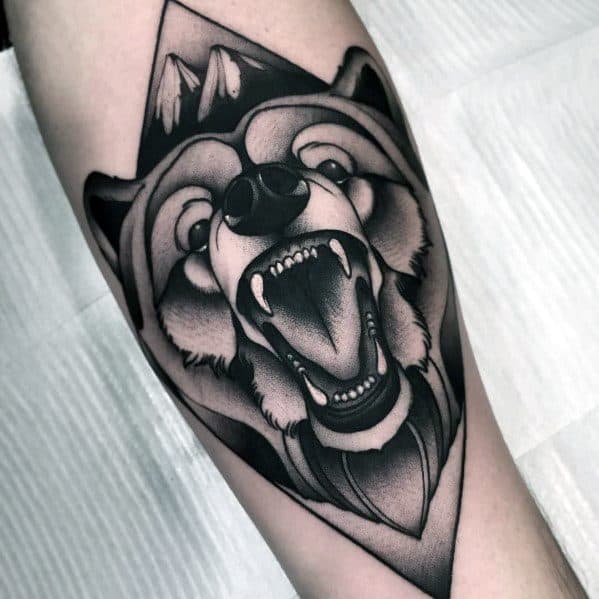 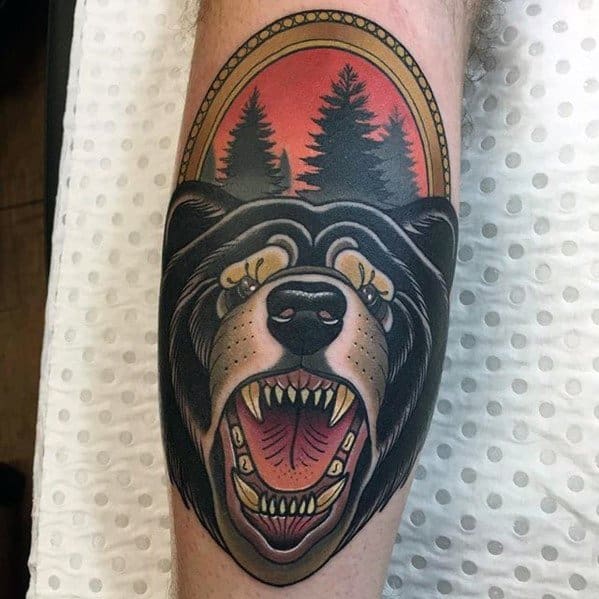 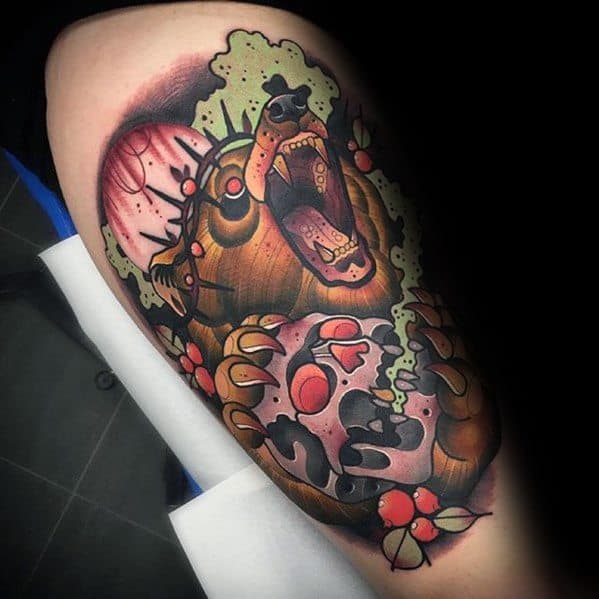 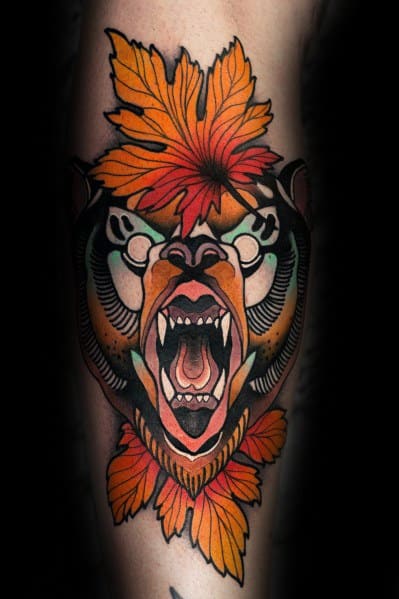 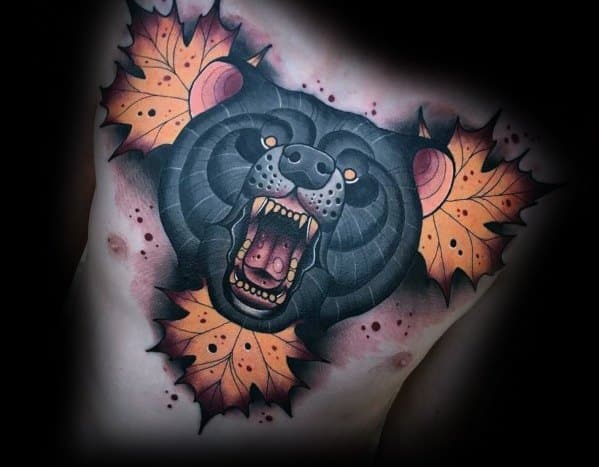 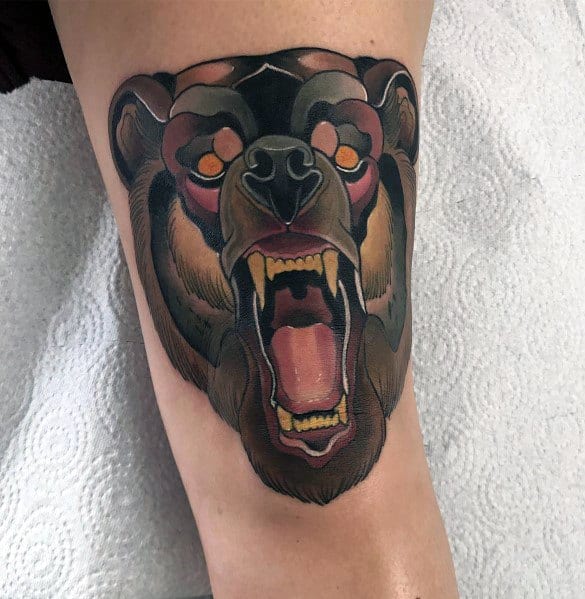 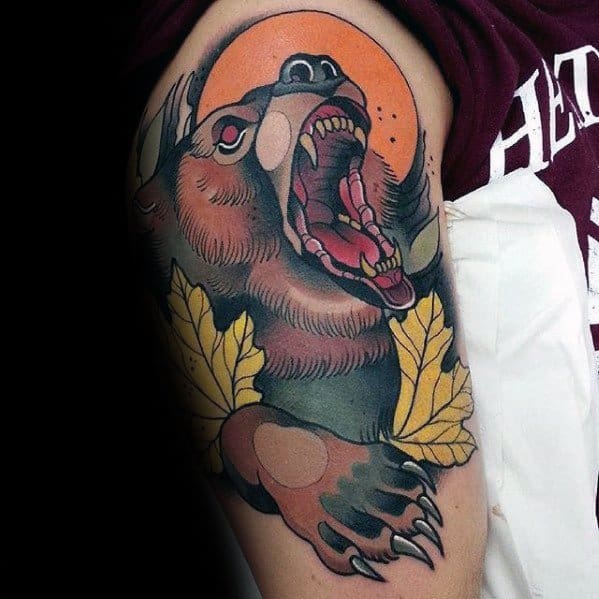 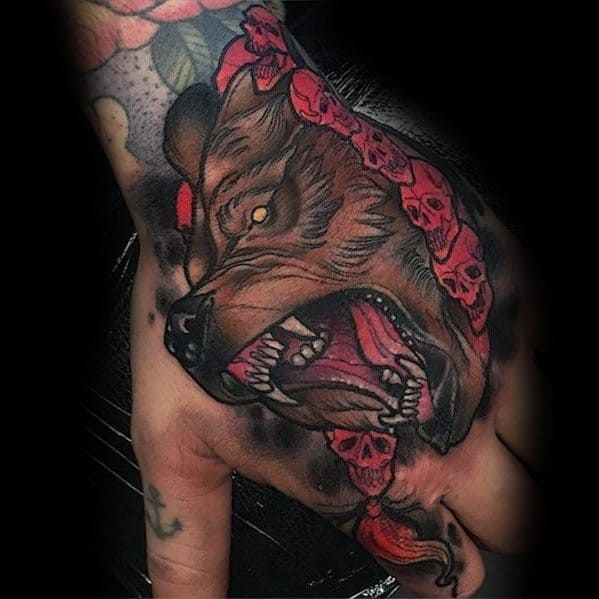 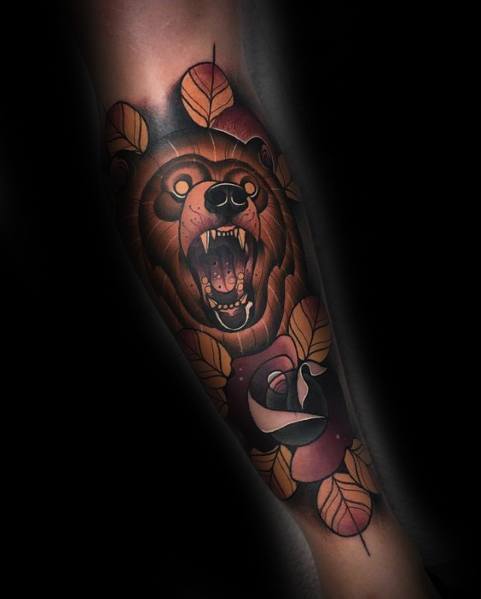 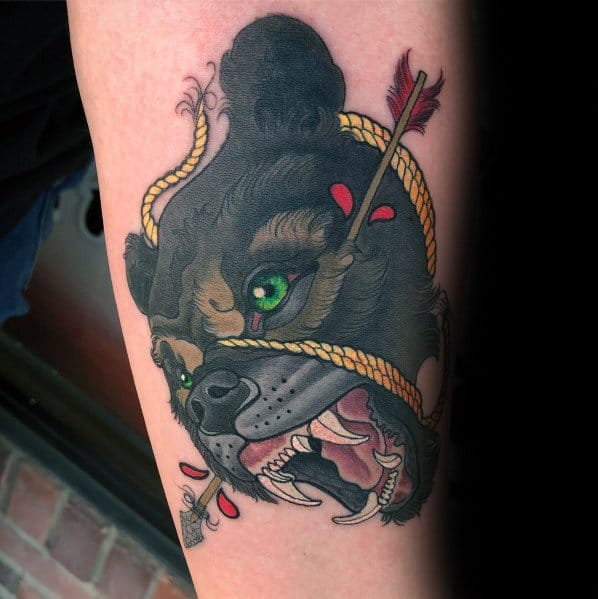 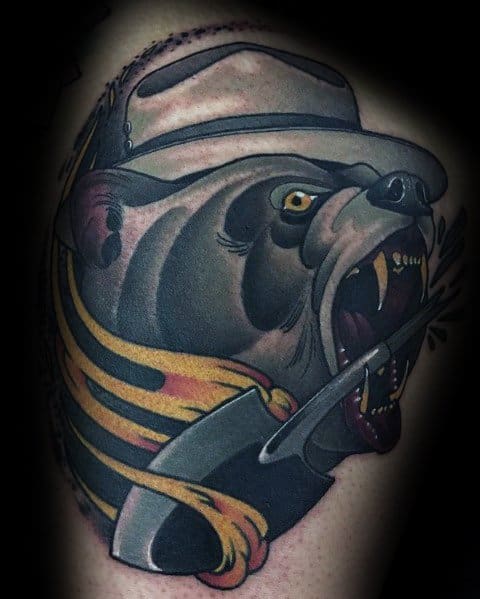 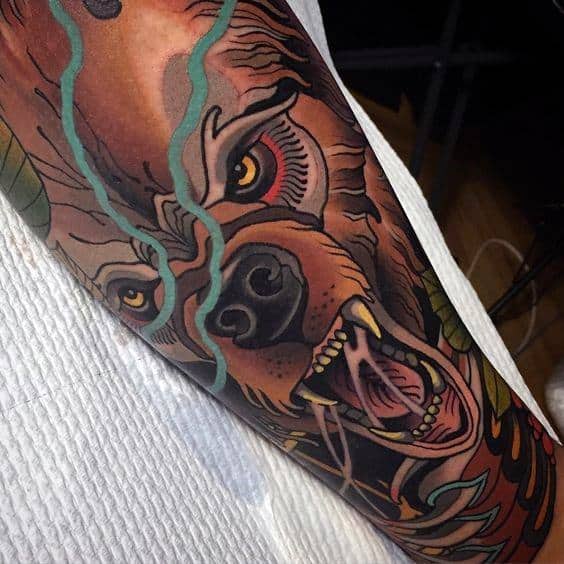 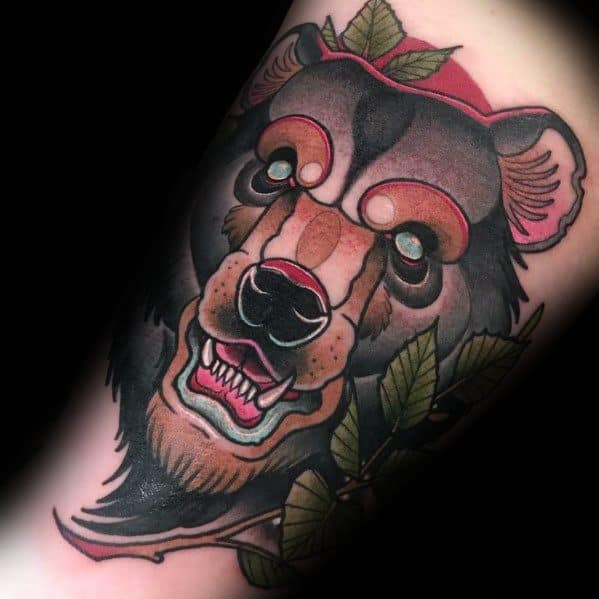 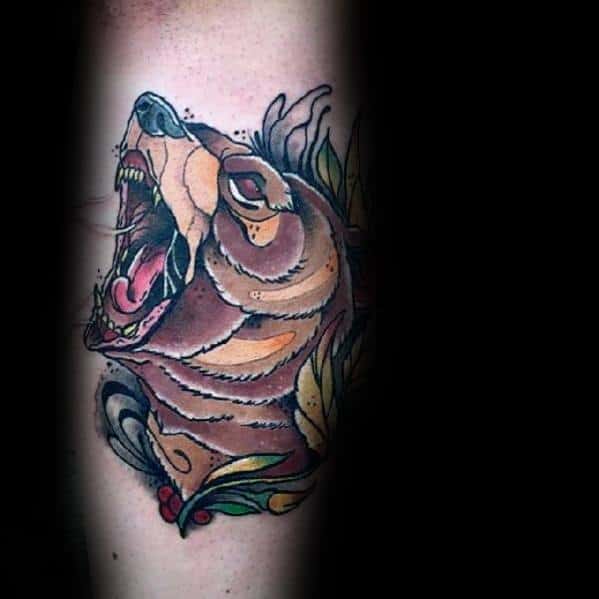 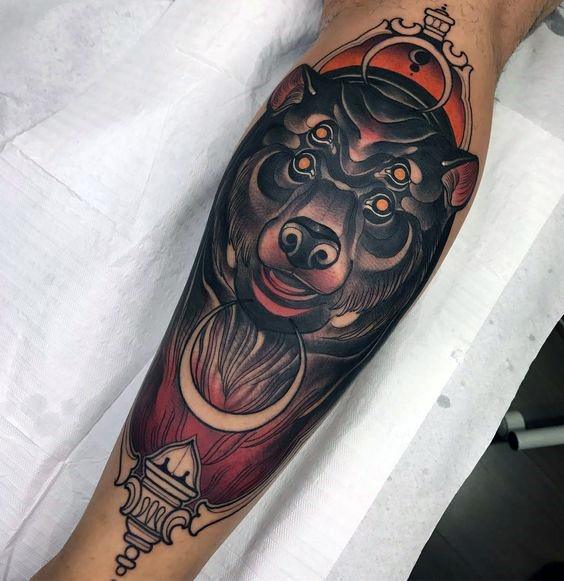 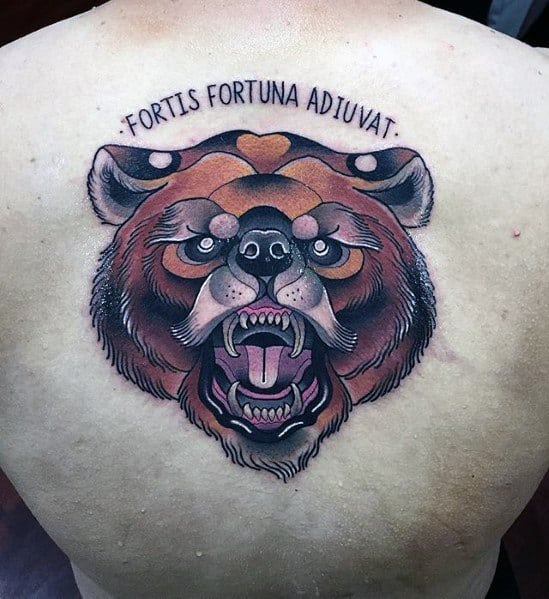 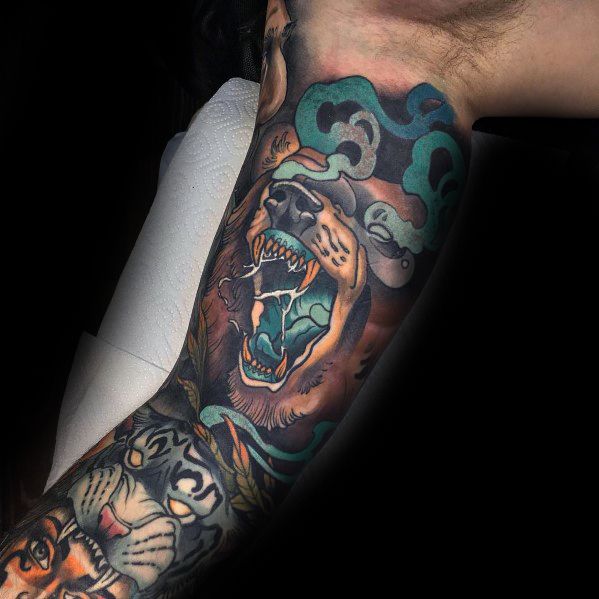 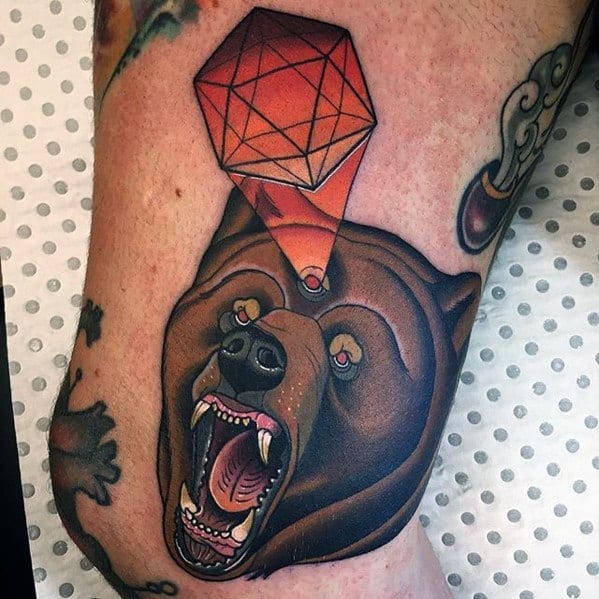 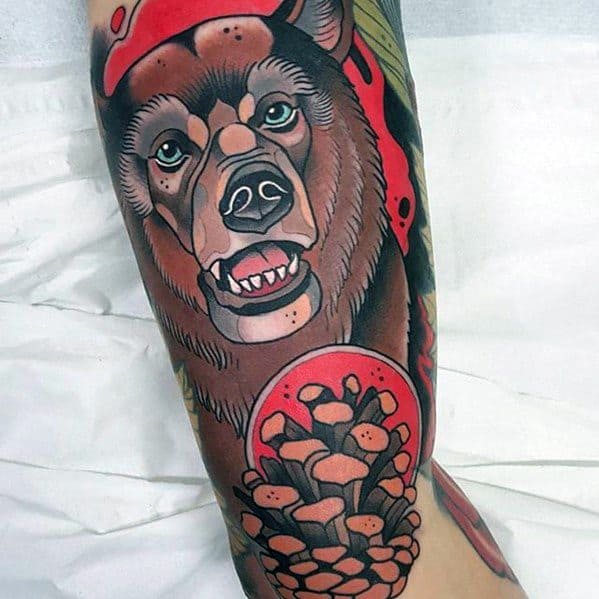 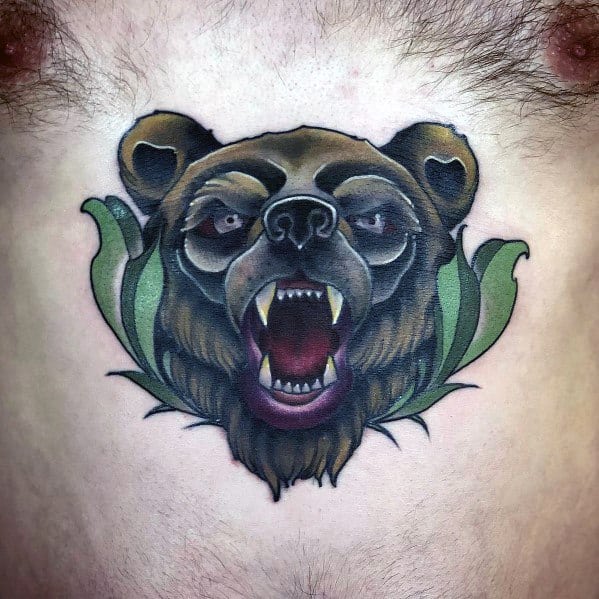 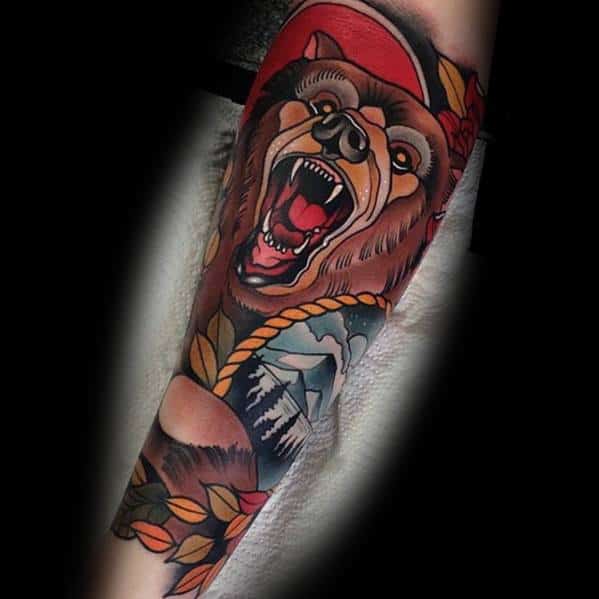 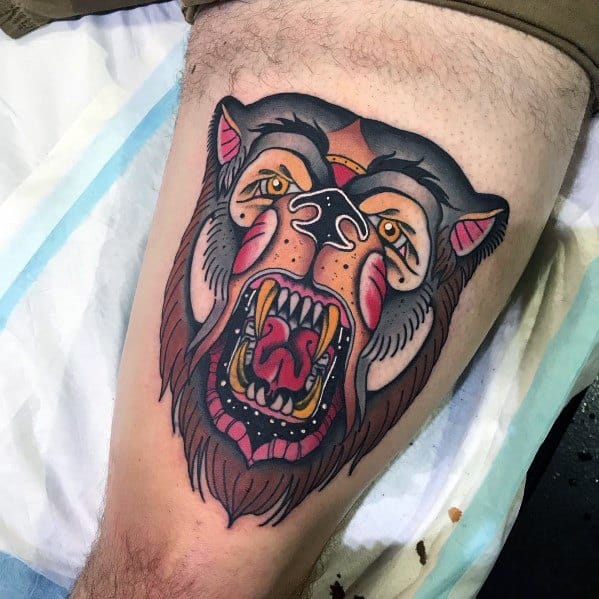 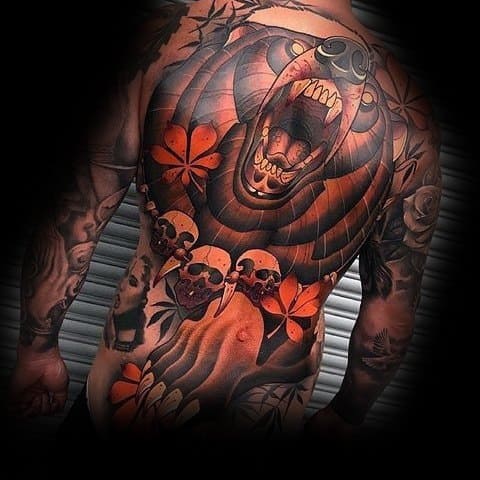 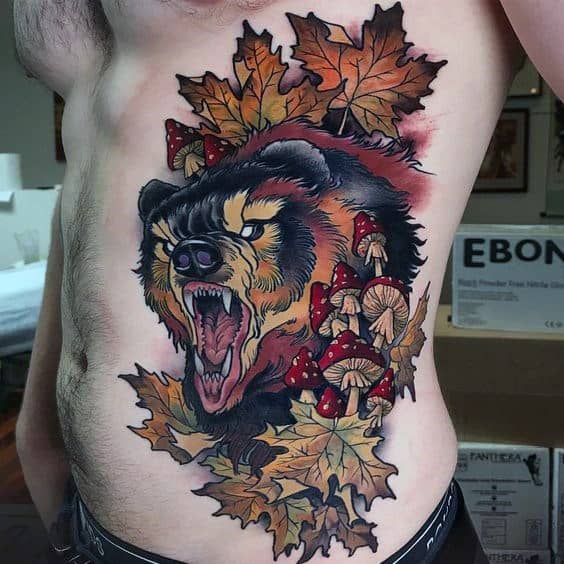 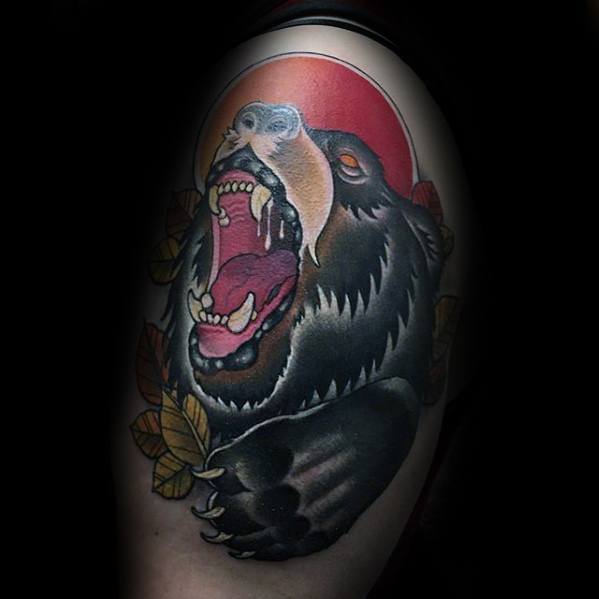 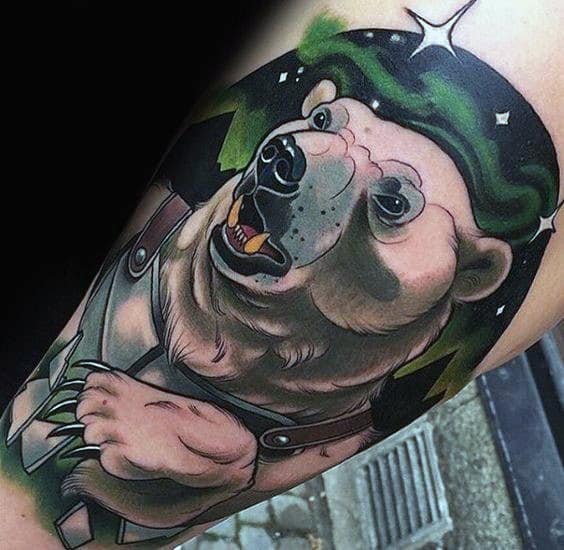