The snake may shed its skin over a lifetime, but its bones remain long after it has departed this existence.

In cultures around the world, the snake skeleton is a powerful and much-prized treasure, and while modern Western inhabitants generally prefer it for decorative purposes, occasionally the serpentine vertebrae winds its way into unforgettable tattoo art.

Whether you are a desert devotee or admirer of animal anatomy, the snake skeleton no doubt holds a deeper meaning for you–as well it should. Throughout history and certainly within spiritual practices, the snake represents the darker, more perverse aspects of the soul, and the ways in which we explore our more primitive aspects.

Unafraid to venture where there is no light, and frequently reinventing itself through the shedding of its skin, the snake is the embodiment of one’s innate primordial nature and triumph over outside adversity. After all, the snake is a popular symbol of eternity, and these snake skeleton tattoo ideas let the world know that your impact will be felt long after you are dust and bones yourself.

Wrapped around your arm or leg, or proudly perched above your heart or shoulder blade, the snake skeleton is a reminder that even predators meet an eventual end.

Just as the Native Americans associated the snake with potent masculinity, you are a man who understands the necessary balance between predator and prey, and may spend a lifetime coiled between the two. Who knew the dark side could be so enlightening and, dare it be suggested, sexy? 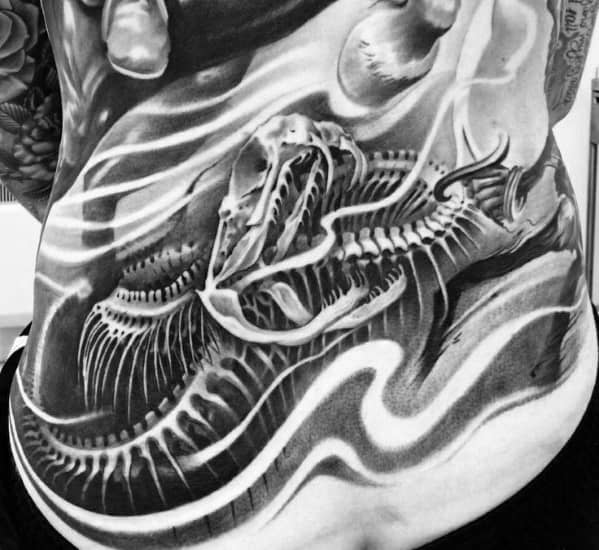 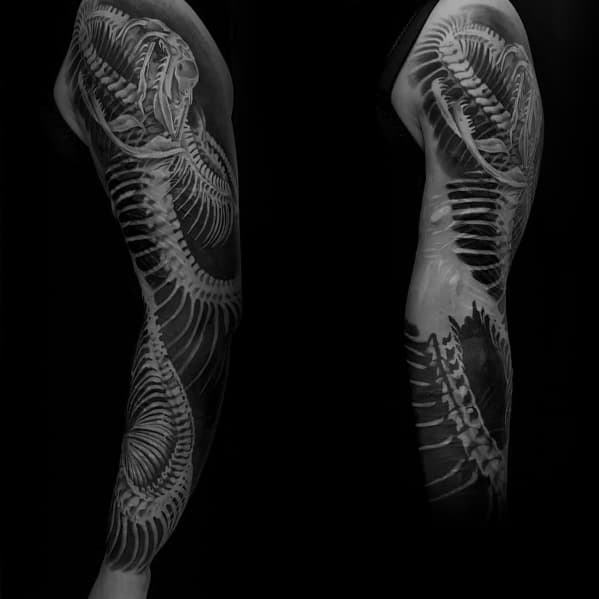 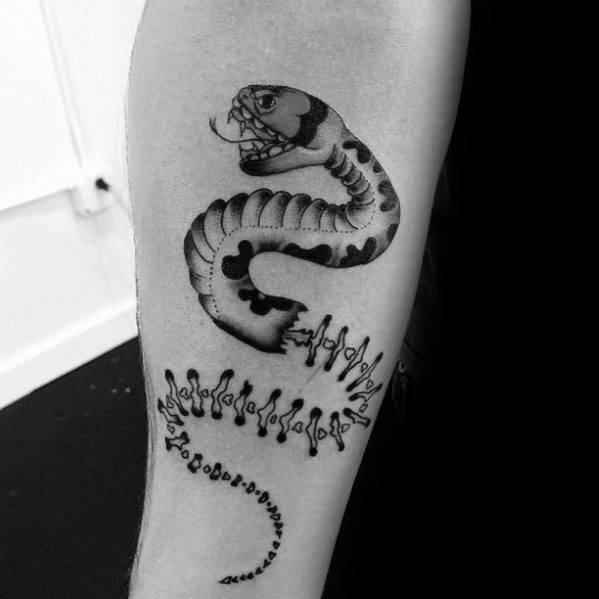 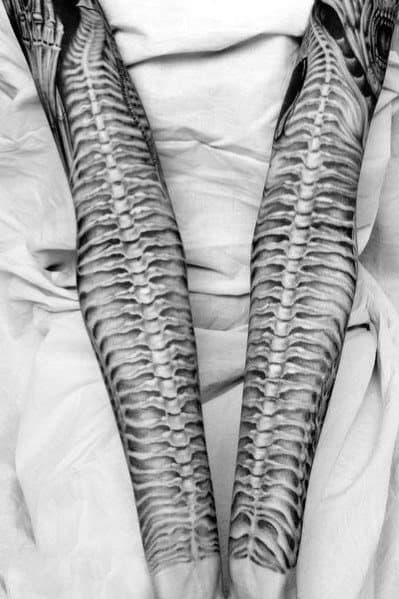 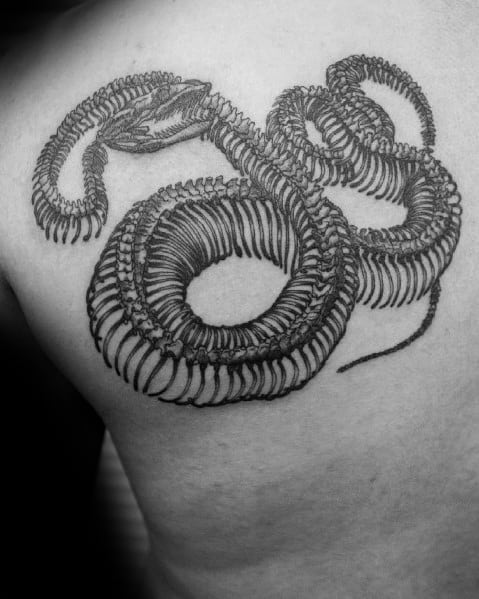 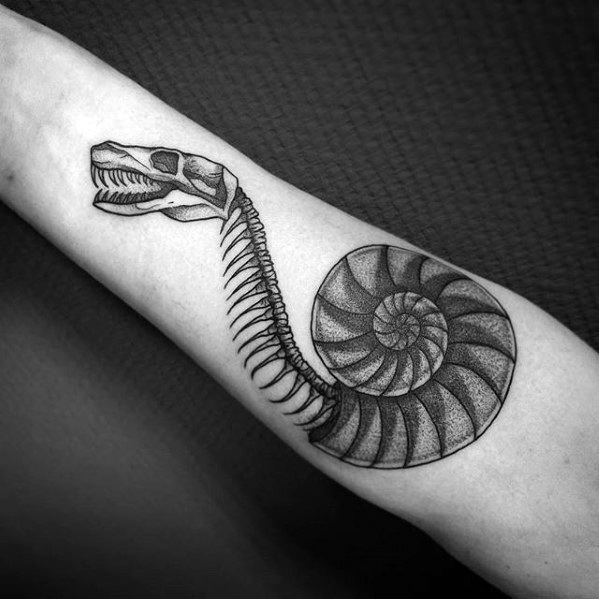 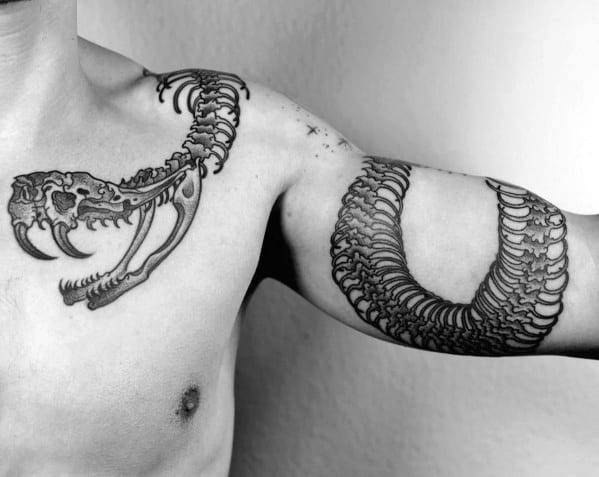 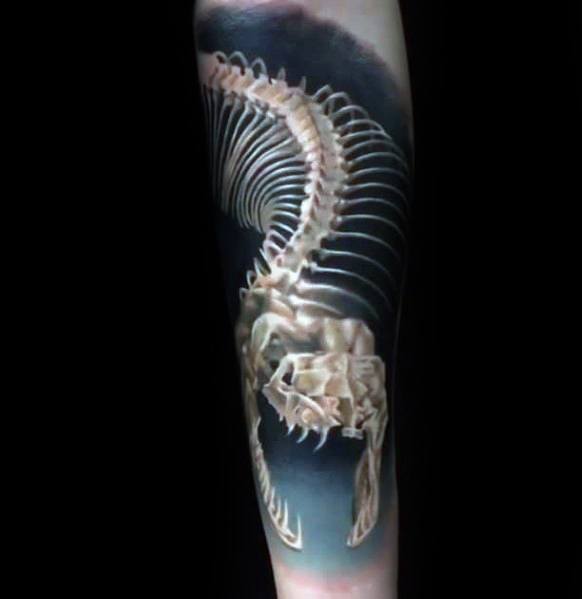 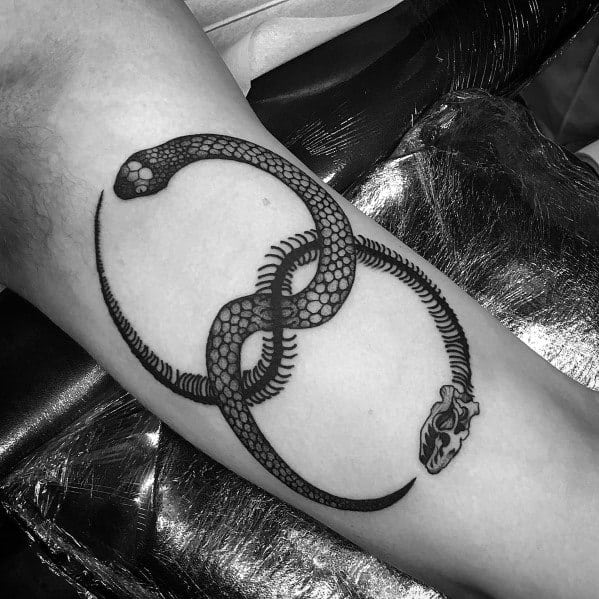 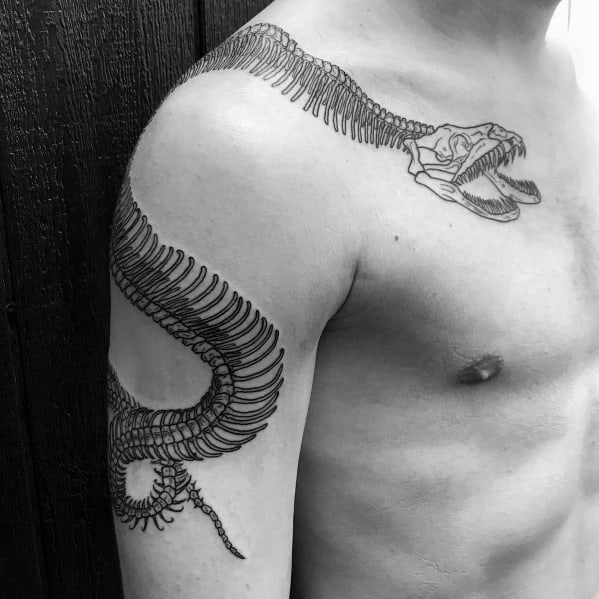 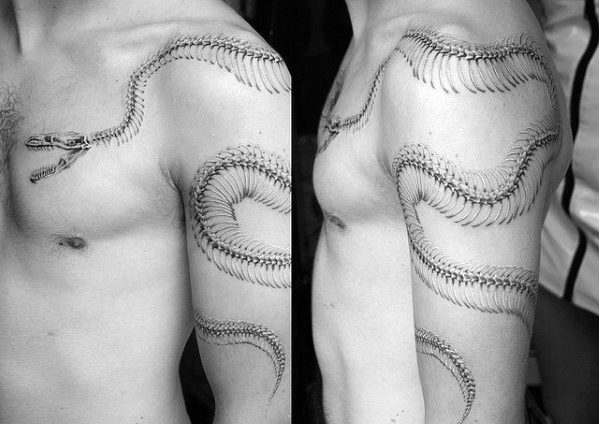 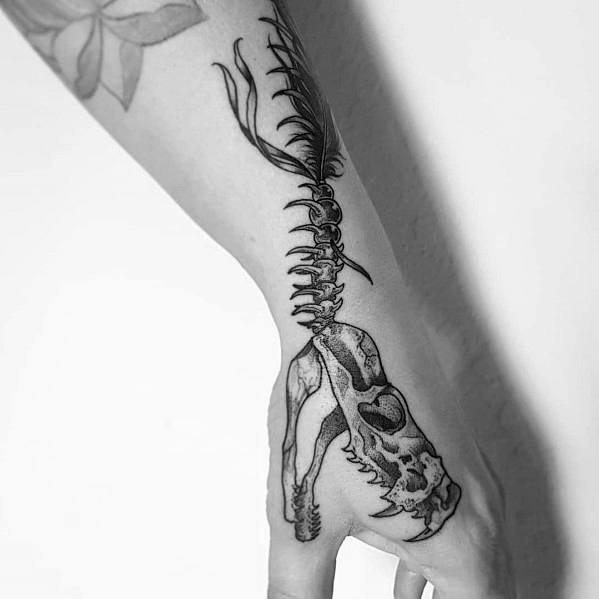 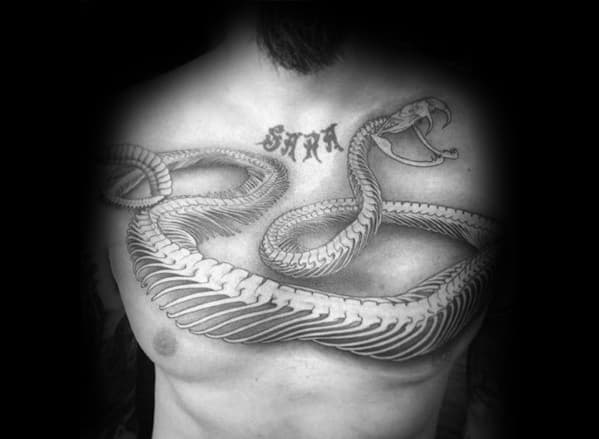 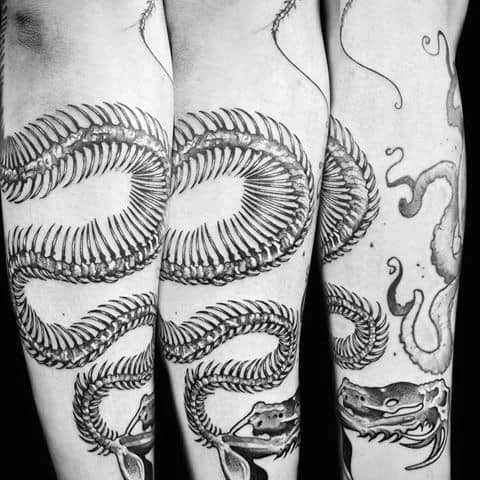 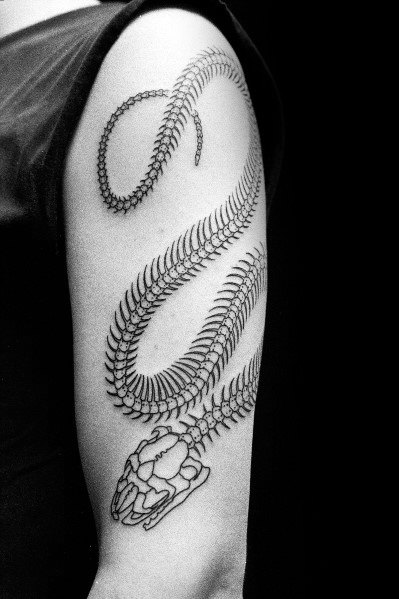 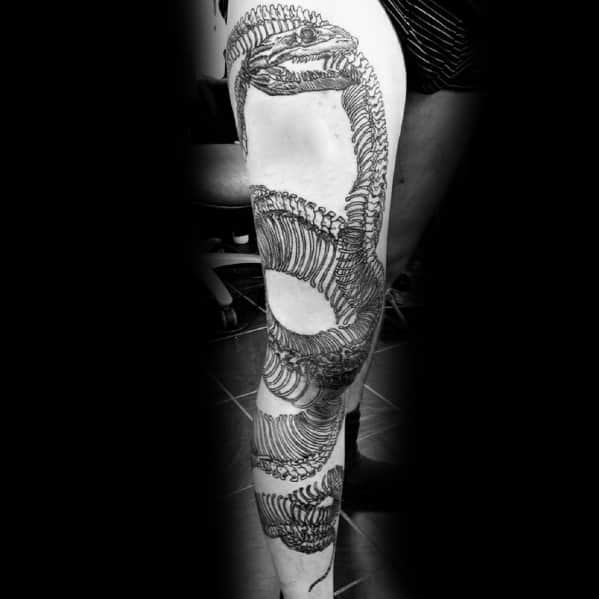 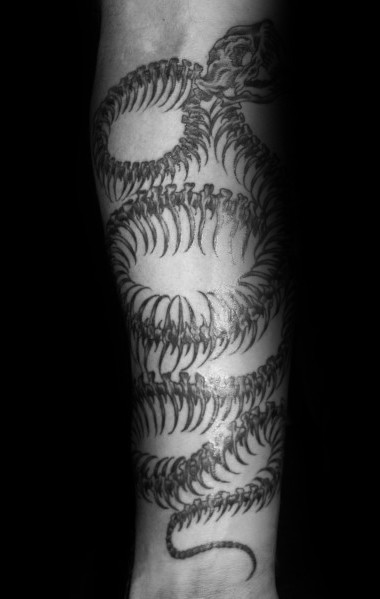 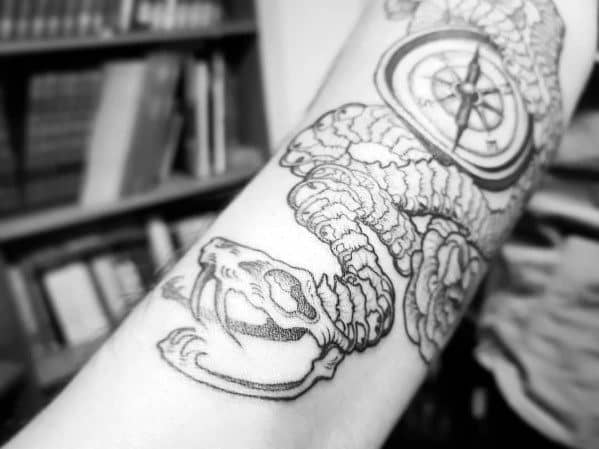 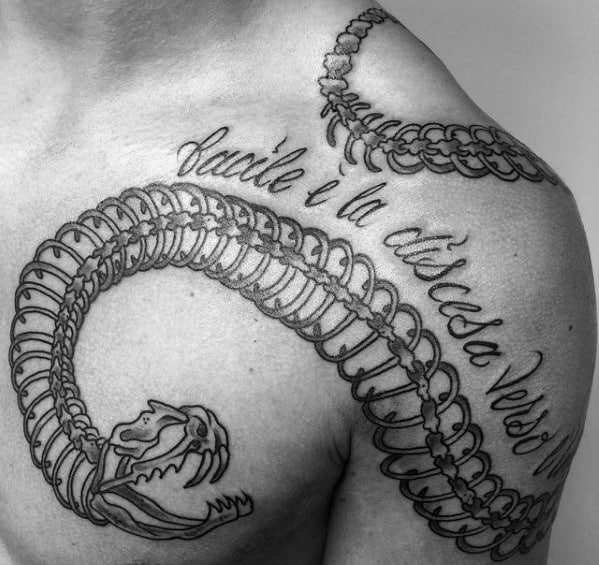 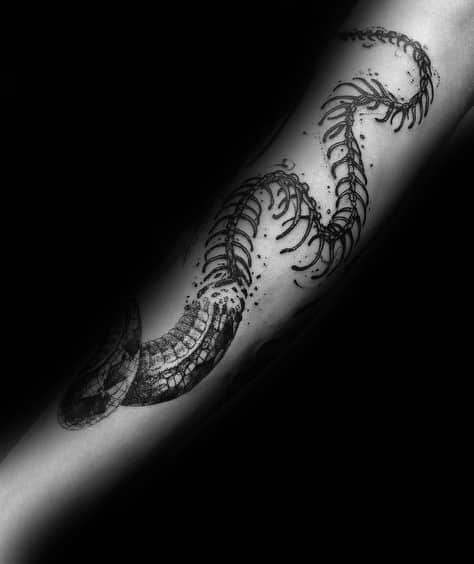 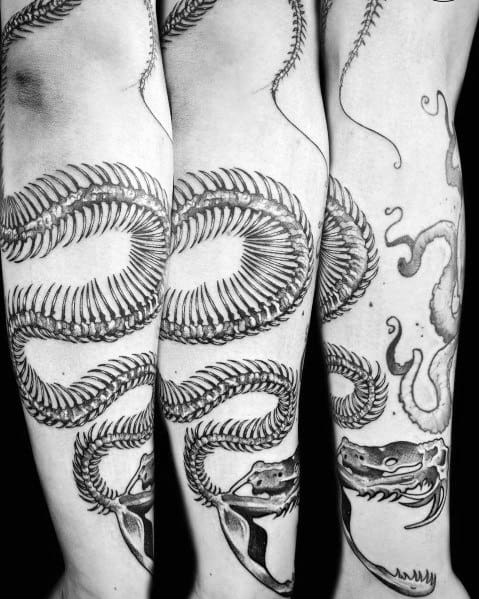 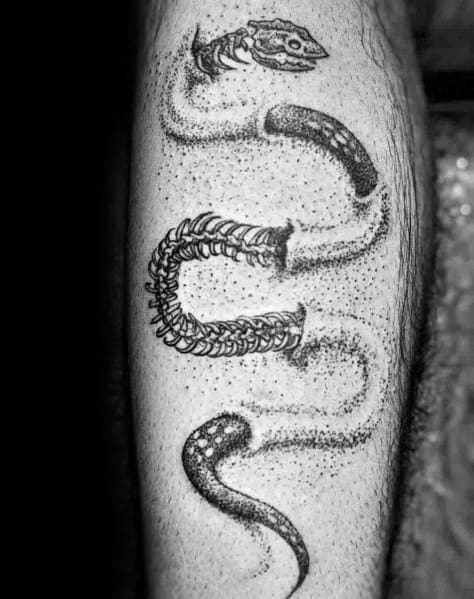