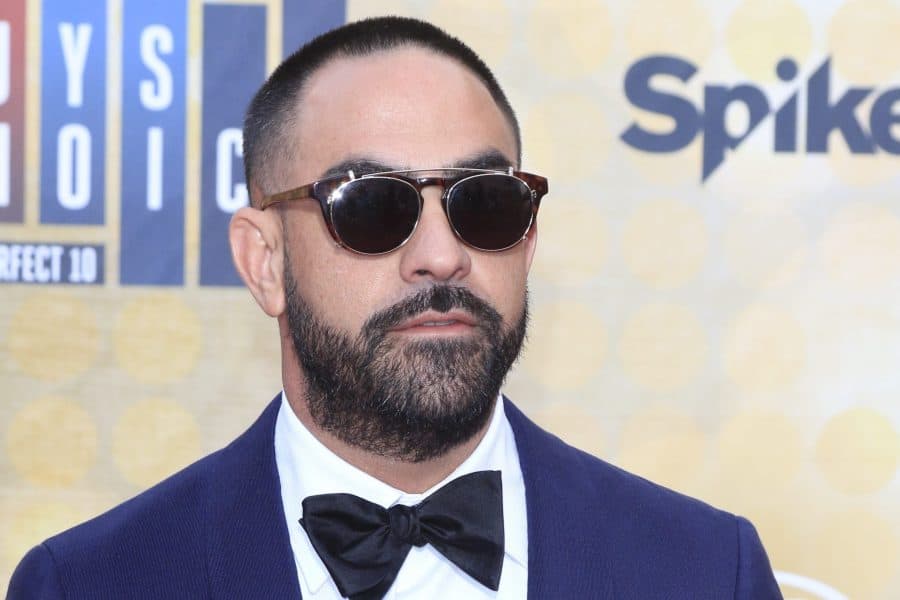 American tattoo artist, former Miami Ink cast member, and current Ink Master judge Chris Nunez has had an storied tattoo art career. The Florida based artist and entrepreneur has built a near 30-year career off the back of hard work and talent.

While enjoying the chance to tattoo any style, anywhere, Nuñez is best known for his Japanese style tattoos.

Read on to learn more about Nuñez, his life, and career in tattoo art.

Miami born Nuñez is of French and Cuban descent. He came to the tattoo industry after being a prominent graffiti artist in his teens. His first tattoo was of his parent’s names. His father passed away when Chris was just 18, which had a profound effect on his art and career.

According to his employer the Paramount Network, at 21: “Nuñez packed his bags for a short trip to Brazil and ended up staying for five years. He then traveled through Europe for three years, which enabled him to work with his favorite tattoo artists. The experience expanded both his artistic sense and his knowledge of tattooing.”

When he returned to South Florida Nuñez got a tattoo art apprenticeship and began his ink career in earnest.

Nuñez has spoken frequently of his time learning the tattoo craft as an apprentice in his early twenties, and how it helped shape his love for tattoo inspiration and capabilities as an artist. “It’s fun, I like doing everything, Nunez told the Miami New Times in 2003.

“I like to be able to do whatever comes up.”

While primarily known for his European and Japanese tattoo pieces, Chris Nunez tattoos are versatile. “You don’t get so bored doing the same shit every day. If you do your style every day, all day, you don’t grow as an artist.

“The way we grew up as tattoo artists 20 years ago was when a client came through the door, you had to do what they wanted. You had to be able to fill that order no matter what.”

From Miami Ink to Ink Master

Nuñez got his first taste of television fame when a cast member of the TLC’s reality television program Miami Ink, which ran for six seasons. The show – detailing the tattoo adventures of artists and the people who get them – helped launch  Nunez, Kat Von D, and Ami James, amongst others, into the world of television personality.

In 2012 Nuñez landed a role as a judge on Spike Network’s reality competition Ink Master, where he was joined by Kat Von D’s ex-husband Oliver Peck, and Jane’s Addiction guitarist Dave Navarro as host.

Ink Master on Spike featured tattoo artists competing in various challenges assessing specific tattoo and related artistic skills, tattooing volunteers known as a human canvas. At least one contestant is eliminated each episode, until the last contestant standing receives a $100,000 prize, title of Ink Master, and a featured story in Inked Magazine.

“The show is a great springboard and platform, it gets that instant credit, but it’s tough to leave your baby (your shop),” Nunez told Miami New Times. “It’s like your family. When it’s you launching it and you have this belief in it, you don’t want to turn that over to anybody.

Despite nearly fifteen years in front of television cameras as cast member and reality tv judge in Miami and Los Angeles, Nuñez still prefers to be working at a studio with tattoo machine, ink, and a client with a cool idea.

“…the thing I love most is just sitting down and doing a tattoo. It’s the least stressful thing I can do in my life. If I sit down and work I’m happier than a pig in shit. If I’m spinning my wheels, chasing this and that, doing things for other people, it’s awful.”

From 2013-2018 Nuñez owned and operated the Handcrafted Tattoo And Art Gallery in Fort Lauderdale, Florida. He was driven to open the low-key shopfront as a way to further the cause of the tattoo community as a major art form, and not just a craft of ink on skin

“I think tattooing has kind of hit an almost a Renaissance form of art. You have so many crossover artists; you have so many graffiti artists that became tattoo artists, you have sign painting, classic painting, pop painters, all these different art forms.”

Nuñez and Miami Ink alumni Ami James opened Love Hate Tattoos on Miami Beach, however Nunez is no longer involved in the business.

Nuñez is a partner in Ridgeline Empire, a content and media corporation, which operates the subsidiaries Ink Skins and Upset Gentlemen and an animation studio with two animated series Hoodbrats and Toothians.

Currently, Nunez is focusing on philanthropy surrounding his love for the Amazon rainforest. He’s fundraising on behalf of Benki Piyãko and the Yorenka Tasorentsi Institute for Earth Day. The goal of the campaign is to raise enough money to install a reliable satellite internet connection deep in the Amazon. You can see more about his fundraising on Nuñez Instagram page.

Looking for more Japanese Tattoo? Click on the links below for inspirational Irezumi ink galleries: