In the world of Harry Potter, one of the most haunting and misunderstood creatures is the mysterious Thestral. Only visible to those who have witnessed death, the Thestral has powerful effect on its witnesses.

Skeletal and grim-looking in appearance, these winged beasts of Harry Potter are reclusive yet shocking animals which are attracted to the smell of blood.

In the books, they are introduced by a character named Luna Lovegood, who explains to the protagonist that only those who have seen death firsthand are able to look upon the gruesome Thestral.

Fans of Harry Potter have a slew of fascinating characters and beasts to choose from, and the Thestral is perhaps a lesser-known subject in the books. Its haunting appearance would make for a breathtaking and disturbing tattoo, as the horse-like figure is offset by its skeletal features and wings. While there’s plenty of room for detail in a Thestral rendition, these ghostly animals are most likely best suited to black and white designs.

The fact that a Thestral can only be viewed by those who have seen death is an acute and sly reminder on behalf of the owner of one of these sinister tattoos. Those who are familiar with the world of Harry Potter would find this chilling tattoo to be a ominous nod to morality; after all, the implication that an observer would be able to “see” such a tattoo would indicate that they had witnessed something ghastly in their life- with or without a memory of it. The haunting image of this lesser-known character creates a powerful and personal bond between the wearer and his audience. After all, such a tattoo implies that we have all witnessed the death of something. 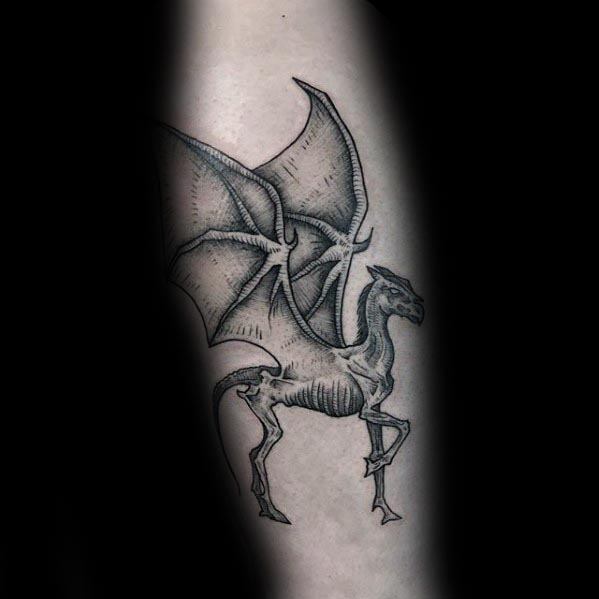 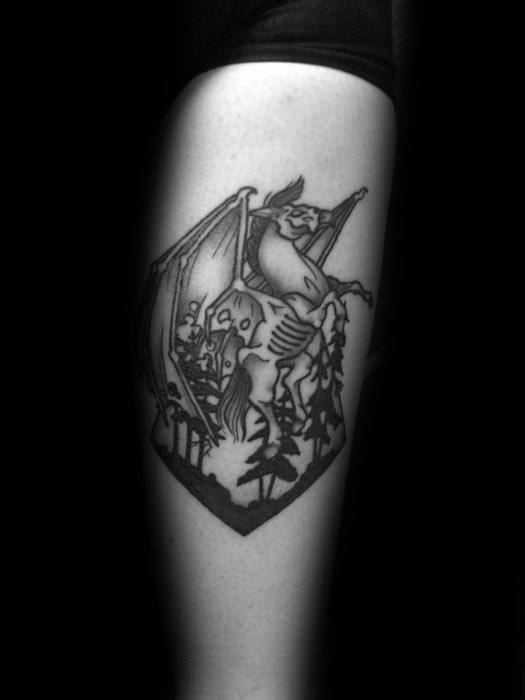 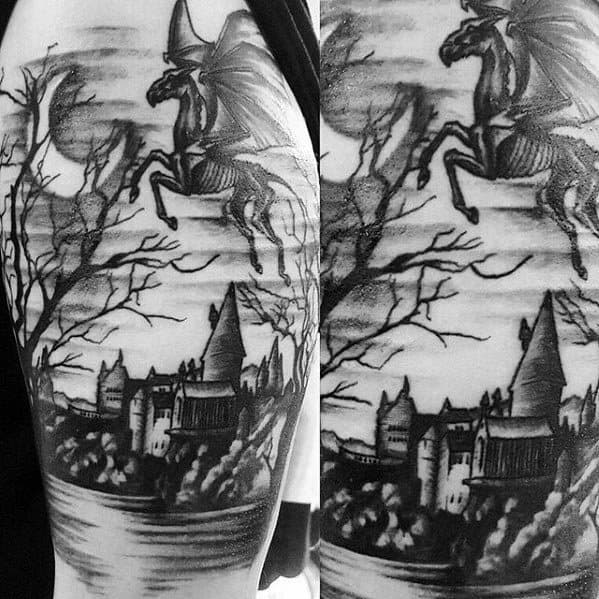 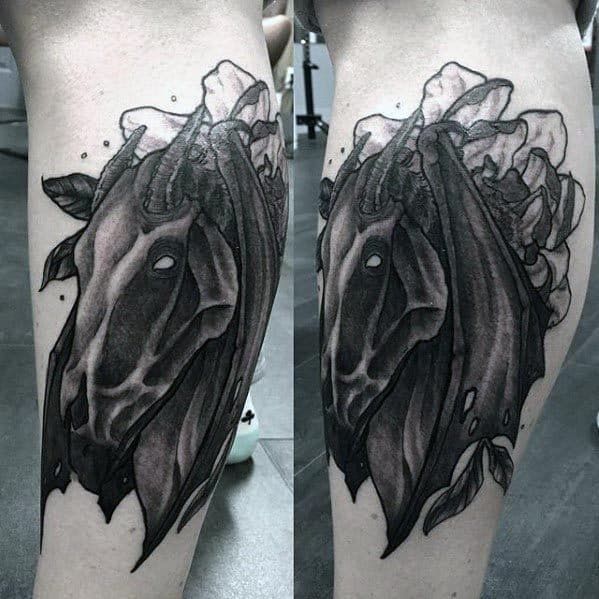 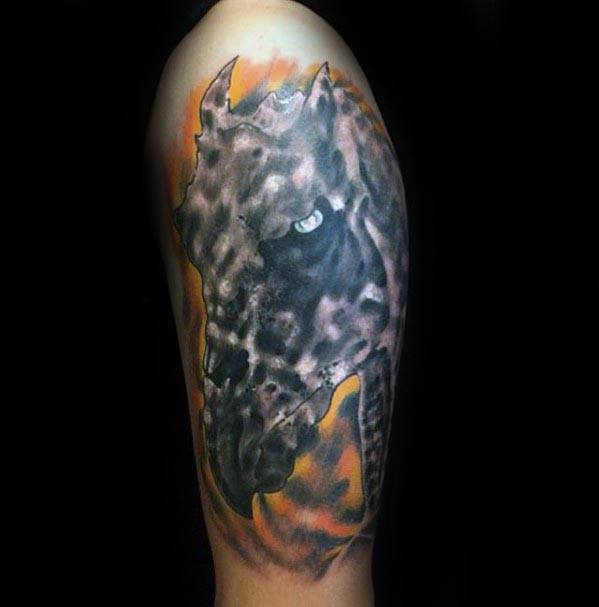 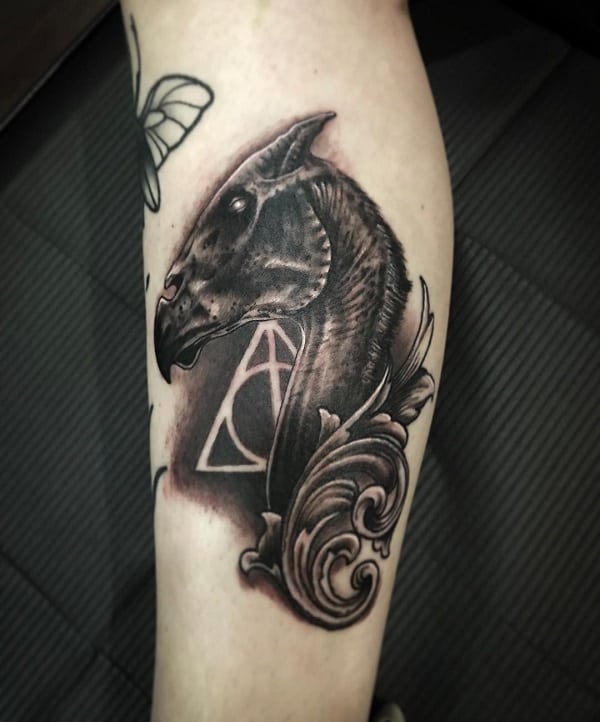 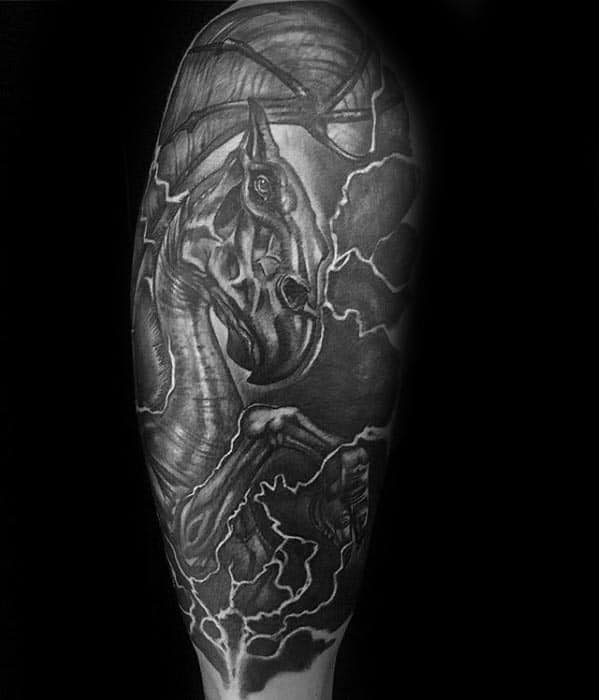 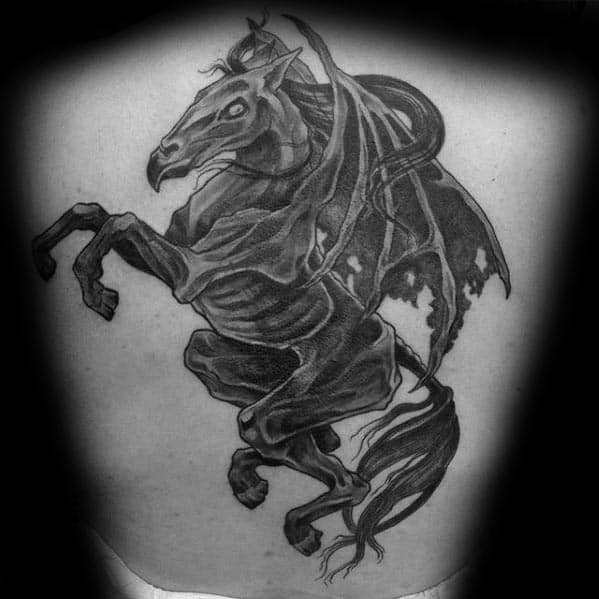 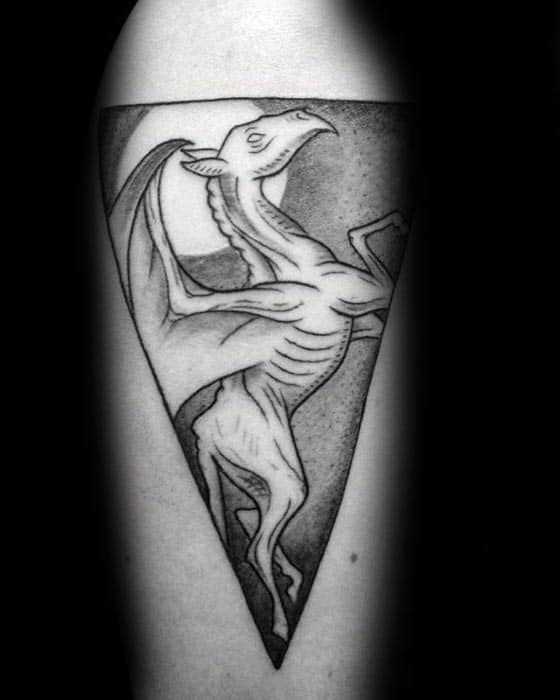 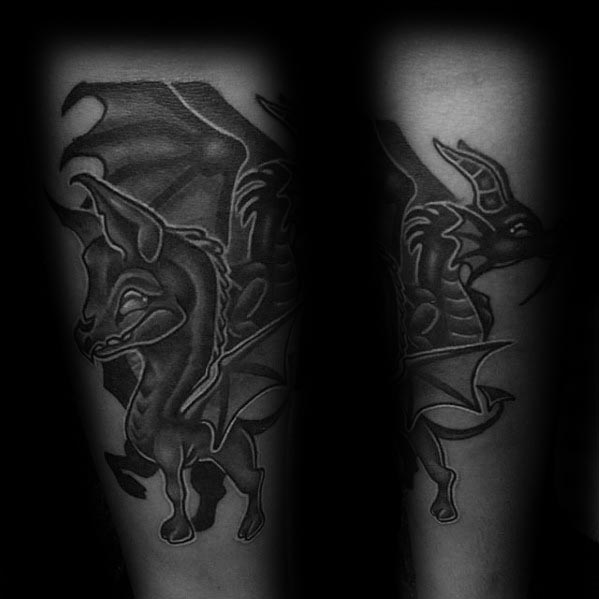 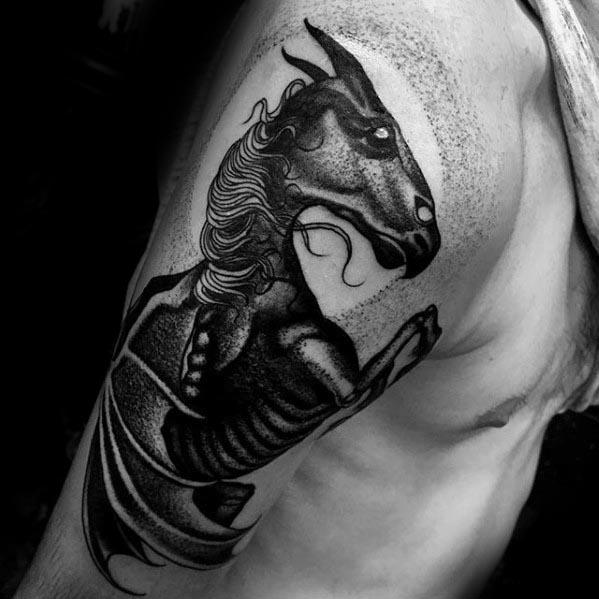 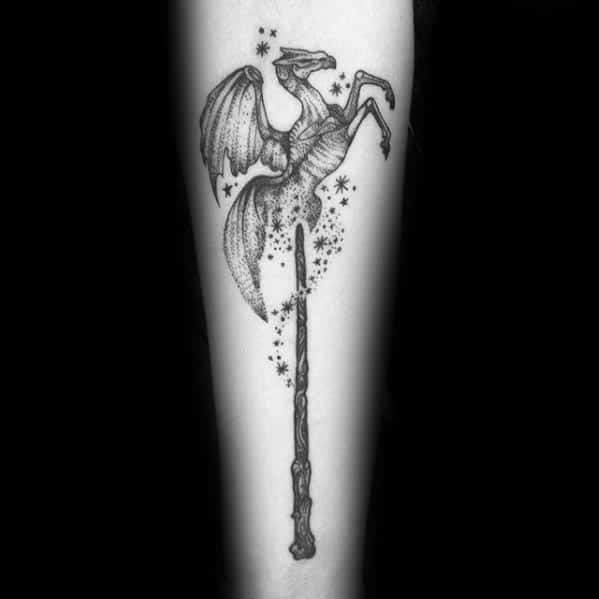 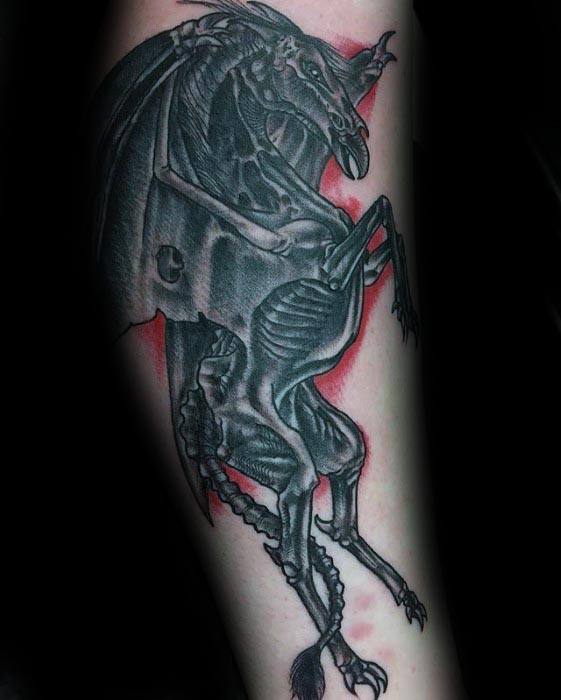 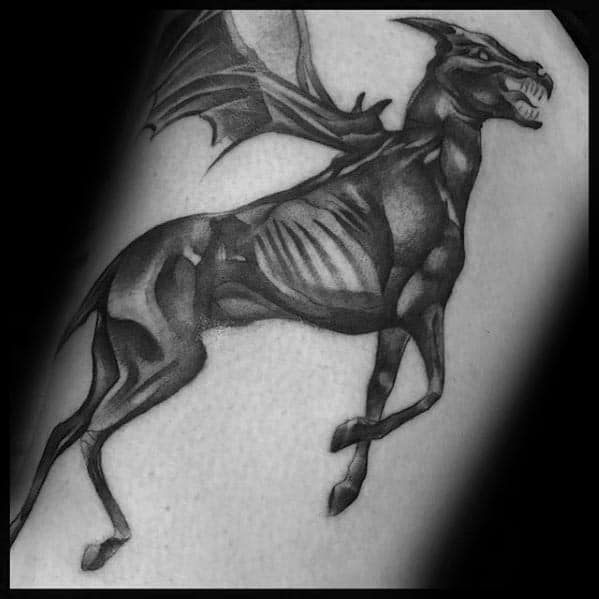 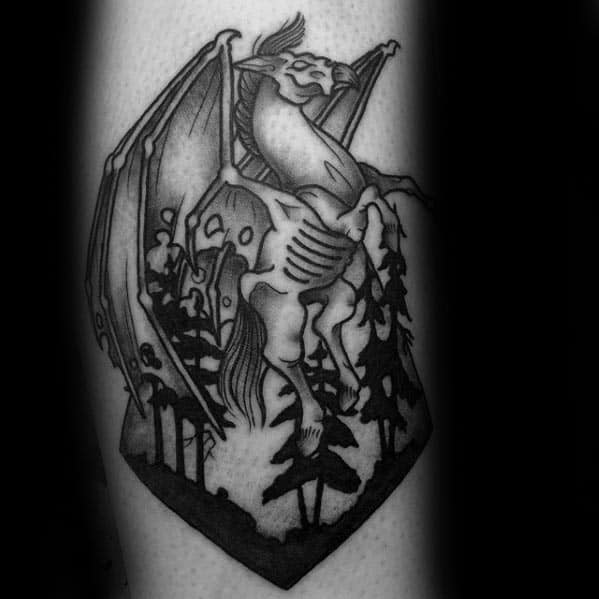 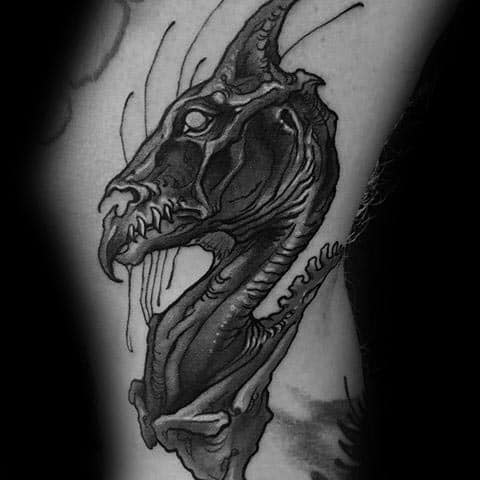 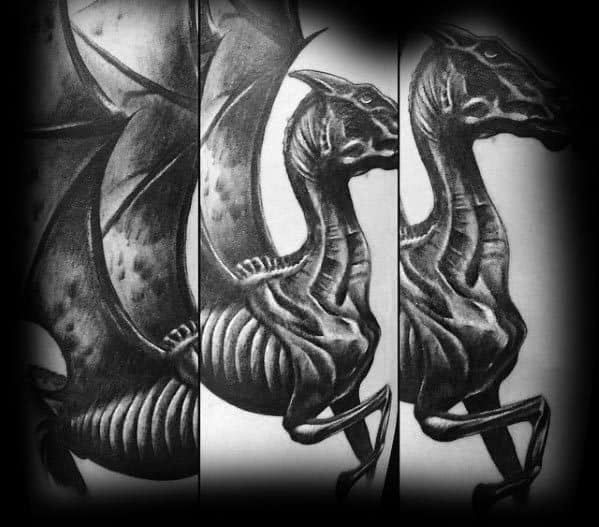 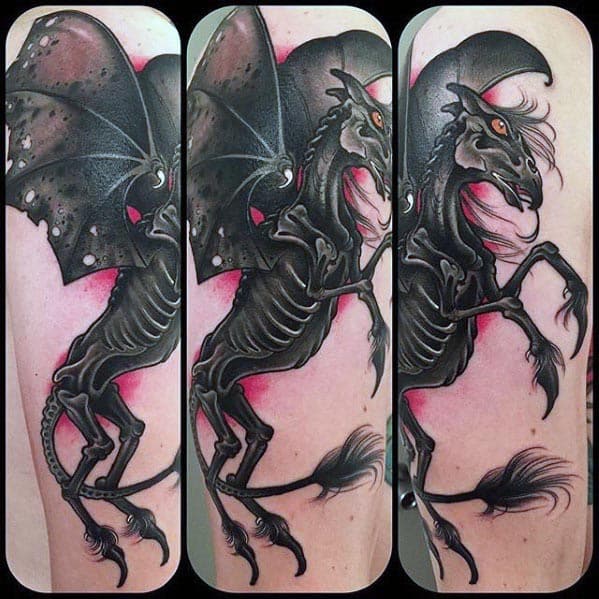 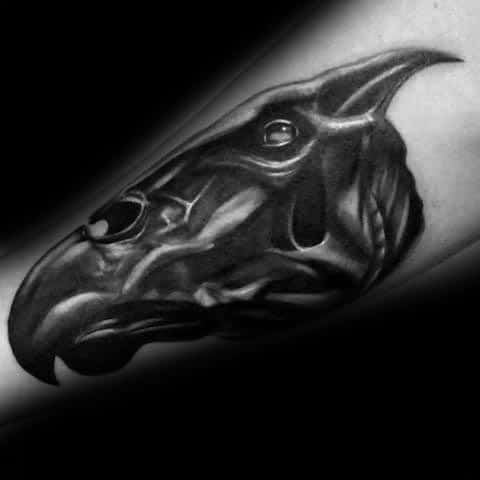 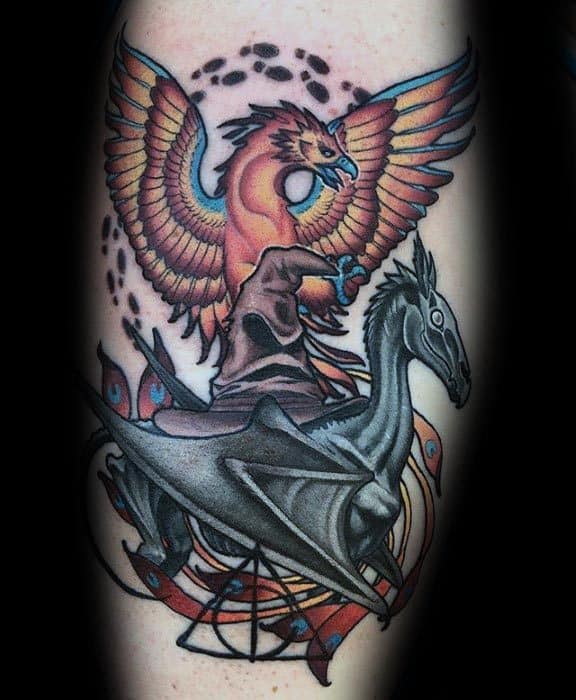 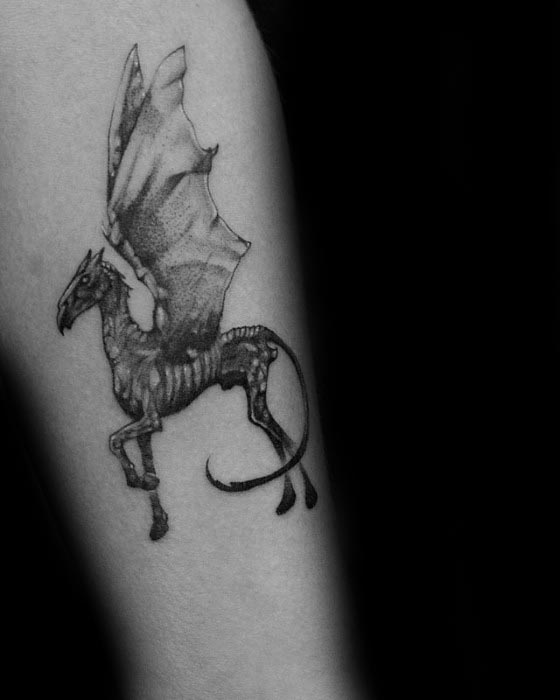 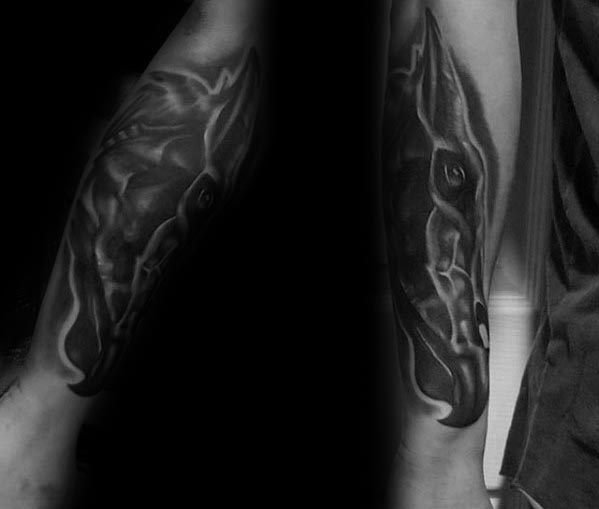 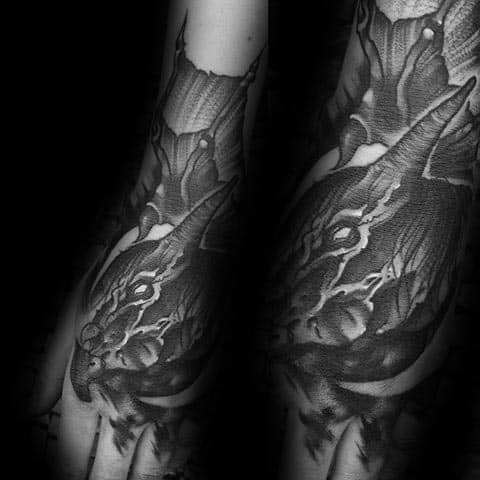