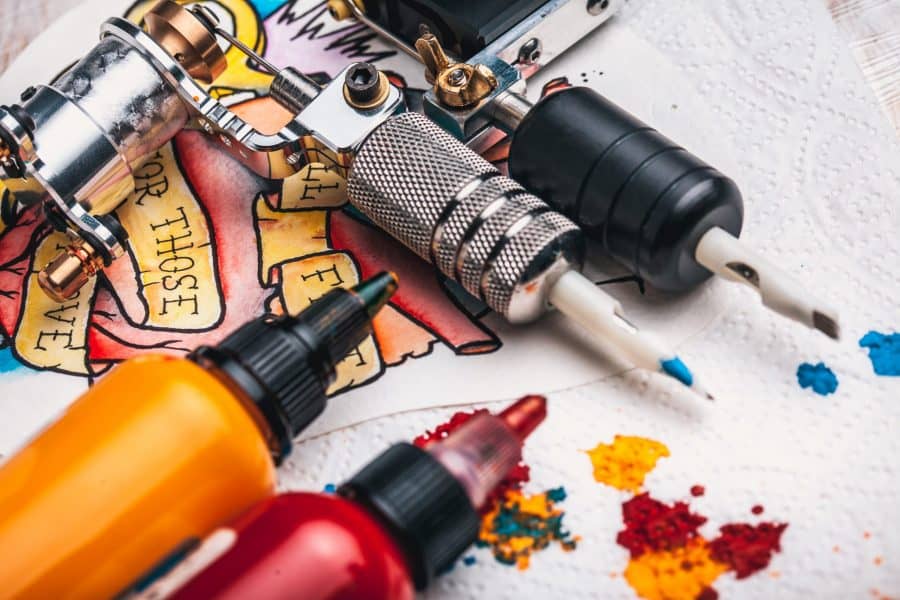 Tattoo Ink – Everything You Need to Know [2022 Information Guide]

Discover the fascinating world of tattoo ink. Explore the materials used for creating modern shades and colors, and recent developments in the industry.

What is tattoo ink made from?

There are now a wide array of tattoo pigment types and carriers used to make up modern tattoo ink.

Many people are more aware of what they put in their bodies. This includes those considering getting ink, right down to the materials used in their creation. Organic pigments and vegan tattoo ink is now heavily used in the creation of tattoo ink ingredients, and are important parts to doing business as a responsible tattoo ink manufacturer.

In the past, tattoo ink was made from whatever was available: charcoal, rust, heavy metals, ink from a ball point pen; anything that could be packed into a pinprick to hold a design was on the table for use in the tattoo parlor. 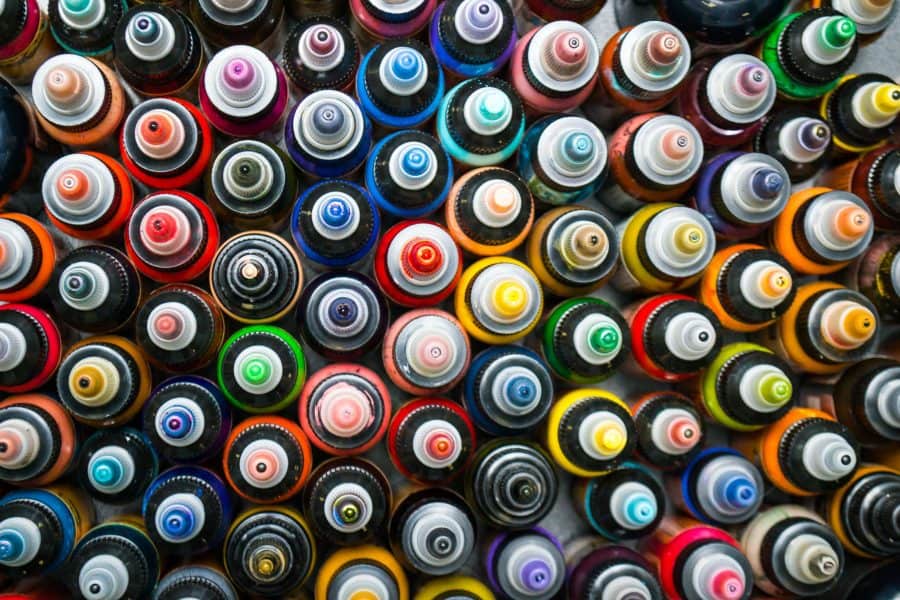 Whatever the desired color or materials used, at the heart of all tattoo ink are two components: pigment and carriers. A tattoo pigment is straight forward; they comprise the different materials providing color to a tattoo. Pigment powder and concentrates that create color are not readily available for the body to absorb. While an ancient tattoo artist may have simply rubbed charcoal into cuts, we have come a long way from our cave dwelling ancestors and nowadays there is a much better process for applying color and black tattoo ink to the skin.

The chief facilitators that allow the ink particles to be applied to the skin are called carriers. Carriers are liquids that act as solvents and “carry” the ink into the skin. The most common carriers are ethyl alcohol and distilled water, although denatured alcohol, rubbing alcohol, glycerine, propylene glycol and methyl alcohol are also sometimes used. Aside from keeping the pigment evenly distributed in the solution, carriers are also instrumental in preventing pathogens from entering the ink—hence the popularity of alcohol as a carrier.

Another reason that alcohol is such a common carrier for tattoo ink is the way that it increases the permeability of the dermis. This effect allows the ink to more easily and uniformly enter the skin and helps in the overall consistency and application of the tattoo. 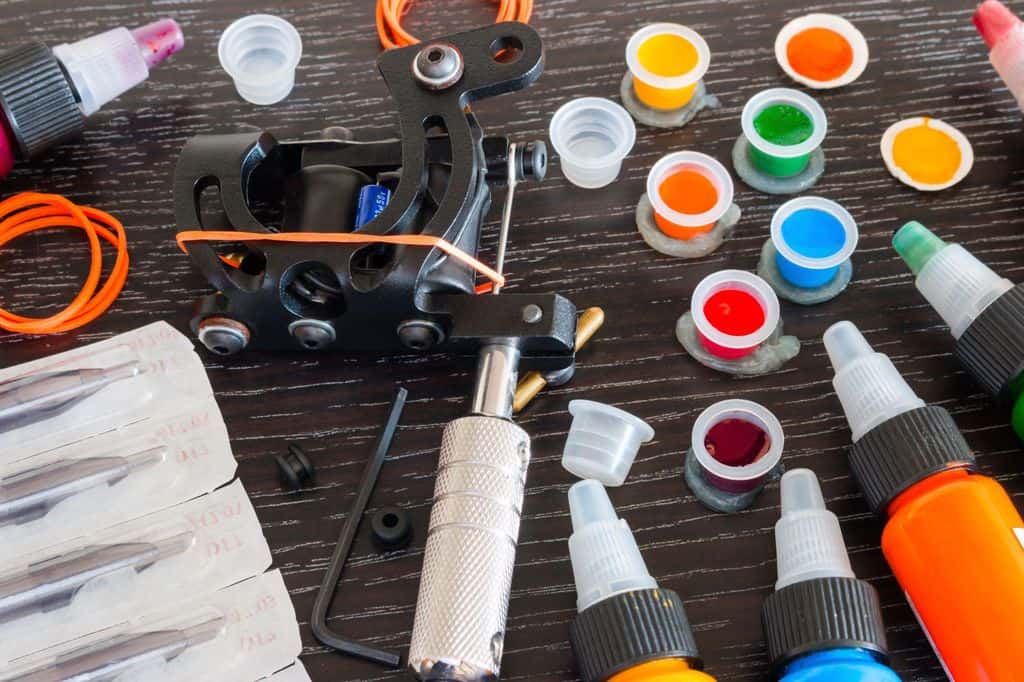 Now that we know what goes into tattoo ink and how it is applied to the skin, we can examine the different materials used to create the different colors popular in modern tattooing. Despite the explosion in the popularity of tattoos in the last ten years, many people remain unaware of what materials they are putting under their skin.

In the modern world we live in of all-natural, eco-friendly everything, many people are surprised by the materials that are used in tattoos. Most people probably wouldn’t bet that the red in their dragon tattoo is thanks to its mercury content, or that there is lead in the green ink that colors the forest scene on their leg.

Historically, most tattoo inks were made from heavy metals extracted from the earth and refined and used as colorants. Most modern inks are derived from organic ink processes that don’t use animal product (chiefly animal fat and bone char) and are approved for cosmetic purposes, such as permanent makeup.

A list of compounds commonly used to produce different colored permanent tattoo inks is as follows:

Ink pigment producers are also known to blend other metals, often titanium dioxide, as lightening agents and to reduce production costs. Arsenic and lithium are also still used in some colorants. 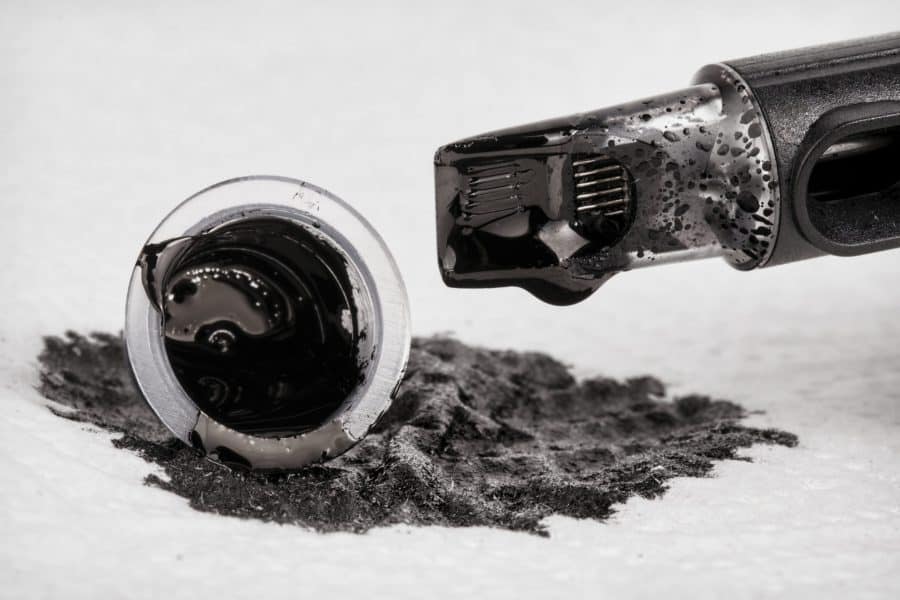 You’ll also find your local tattoo shop is now differentiating themselves as all-vegan – particularly in larger urban centers where there is large enough vegan populace to make it financially viable, as well as ethically sound.

Vegan ink uses an organic pigment such as azo pigment, carbon black or logwood to create a black tattoo ink, and a vegetable-based glycerin or witch hazel.

In an all vegan tattoo parlor all elements of the process – transfers, sanitation, and aftercare as well as ink – are scrutinized heavily before being utilized in store to make sure there is no animal product being used.

The developments in this part of the worldwide tattoo industry mean that most quality ink makers are removing bone char and animal fat based glycerines from their everyday products at the outset. 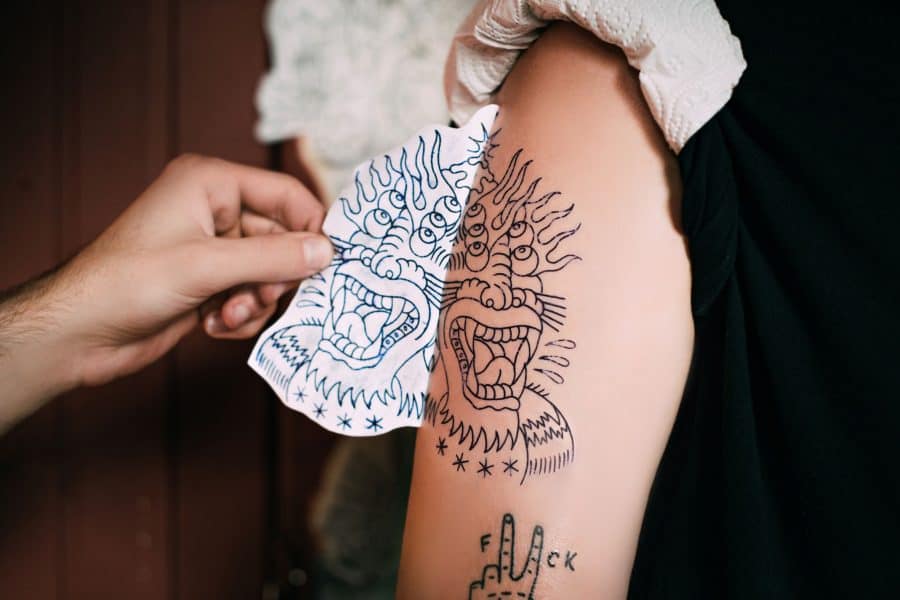 Voluntarily putting tattoo ink particles containing mercury and arsenic under your skin seems like a bad idea based on everything we’ve learned about these deadly chemicals, but just how dangerous are they when used in tattoo ink?

When it comes to tattooed skin, they are not without physical risk, the most common of these being infection. However, when it comes to more long-term effects of injecting these chemicals into with a tattoo needle into your body, much less is known.

While many products are tested for cosmetic use, how the industrial pigment particle affects the human body are at best theoretical, if not completely unknown.

One common family of organic compounds used as tattoo colorants are known as azo compounds (or azo pigment). These molecules are known to release carcinogens as they break down, most commonly due to exposure to solar and UV radiation, the same stuff that tattoo wearers are exposed to during a day at the beach.

There hasn’t been enough research done on the long-term effects of these materials beneath the skin to make any definitive statements on the safety of tattoos. One of the main reasons for this lack of data is the loose regulations applied to tattoo pigment (and tattooing in general). 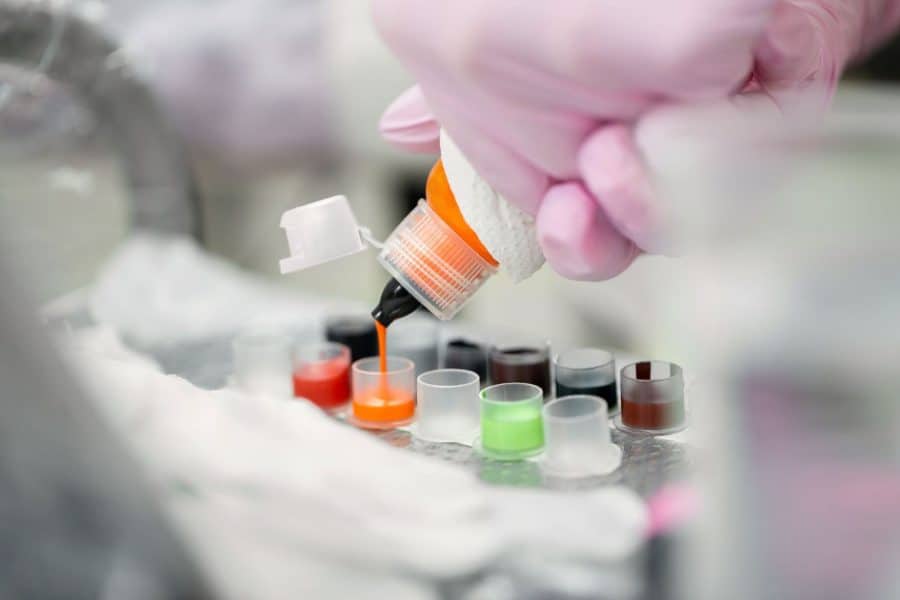 Currently there is no federal legislation regarding tattooing in the United States, let alone robust legislation on the chemicals used in the production of tattoo ink ingredients. This is because tattoos—while technically falling under the jurisdiction of the Food & Drug Administration—are considered cosmetics and the FDA’s regulation of cosmetic products is notoriously lax.

Notable exceptions like California’s Prop 65 requires a tattoo artist to disclose to their clients whether they will be using ink pigment that contains compounds known to cause cancer, birth defects or other reproductive harm. This type of legislation is rare in the United States

Despite the low rates of negative effects from tattoo ink, the FDA continues to consider it a possible threat to health and wellbeing and provides literature about the possibility of ink poisoning from tattoos.

While the regulation that governs the process of producing tattoo ink is a bit Wild West, the slack is picked up by the artists and business owners that are the backbone of the industry. No self-respecting tattoo artist wants to get their clients sick or give them an allergic reaction, and every legitimate shop will do its best to source the highest quality, safest inks available.

While there is very little anecdotal evidence of poisoning from tattoo ink, the fact remains that some of the materials used in colorants are not designed for human consumption.

These factors further emphasize the importance of finding a shop that has a good reputation, both for the quality of the art as well as their dedication to providing a safe and healthy experience for everyone they tattoo. 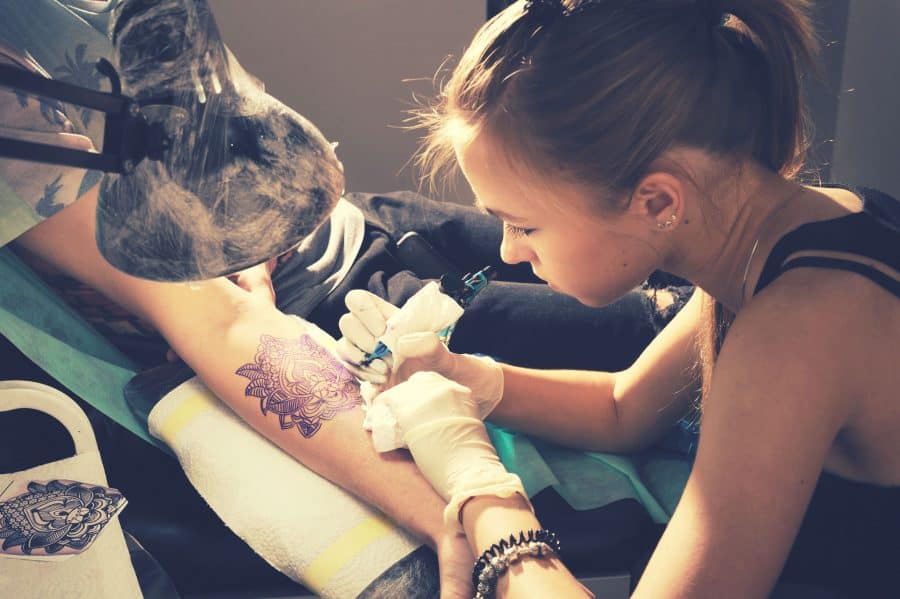