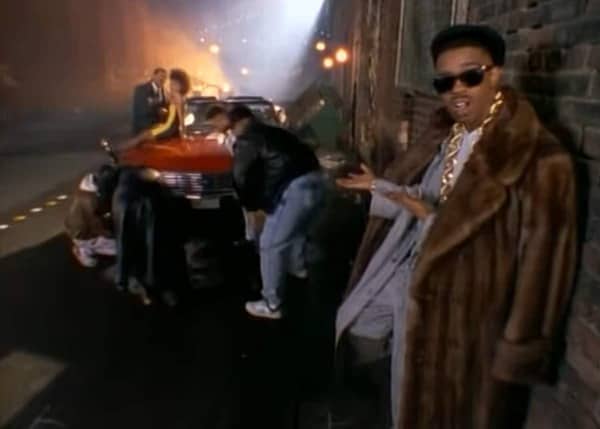 The 80s kicked off hip hop’s golden age. During the decade of decadence, this new genre of music came to the fore. Quickly embraced by the youth looking for something new and different, rap music became a cultural phenomenon. Particularly for African Americans, the creators of this new style. What began as DJs playing two records simultaneously to extend the breaks at block parties in the 70s soon incorporated people speaking or rapping over the beats. At first, these master of ceremonies (MC) were there to hype the crowd, but their raps soon became as popular as the music the DJs spun. More and more rappers emerged during this period, with these 80s rappers ushering in a new musical movement.

Old school hip hop heads point to the 80s as the period where the genre of rap transitioned from block parties to the Billboard charts. Artists such as Grand Master Flash and The Sugarhill Gang kick-started rap before the likes of Run-DMC and LL Cool J pioneered the New York sound. The mid-80s saw what is commonly known as the golden age of hip hop take off. New York was no longer the epicenter of rap, with gangster rap coming out of the West Coast and Southern rap starting to take shape.

During the early years of 80s hip hop, some of the best rappers ever to hold a mic emerged. To celebrate these trailblazers, here is a deep dive into 15 of the best 80s rappers. 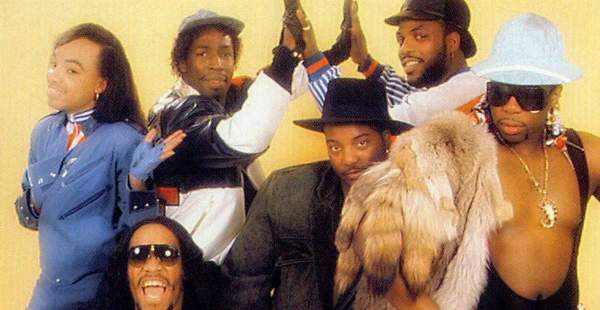 This South Bronx collective was responsible for one of the biggest hip hop tracks of the 80s. The Message was a social anthem detailing what life was really like in the ghetto. No song accurately described how hard and frightening life was for African Americans living in the housing projects of New York. The song blew up and turned the group into megastars. The driving force behind the six was DJ Grand Master Flash and lyricist Melle Mel.

Unfortunately, division amongst the group and squabbles over money meant Grand Master Flash and the Furious Five’s career was short-lived. Along with The Message, the track White Lines (Don’t Do It) was a hit, but after just five years and one album, the group was done. A short-lived reunion that resulted in their 1988 sophomore album, On the Strength, hinted at more releases, but the negative reception put an end to the group for good. While their career as a group may have been short, Grand Master Flash and the Furious Five left an indelible mark on hip hop culture and remain one of the greatest acts of all time. 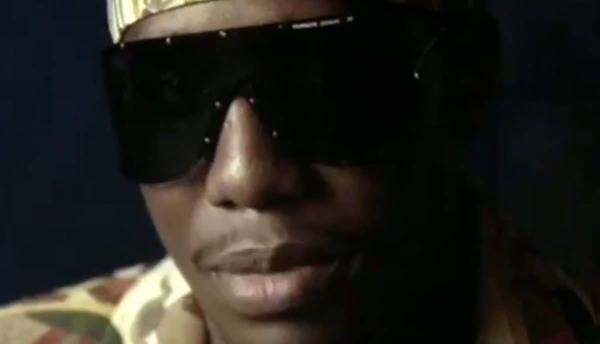 Kool Moe Dee was part of one of 80s rap pioneering hip hop groups the Treacherous Three. Once the group disbanded, the New York native really hit his peak, helping popularize the new jack swing sound of hip hop. Along with being responsible for hit tunes, Go See the Doctor, Wild Wild West, and How Ya Like Me Now, Kool Moe Dee was best known for beefing with another top 80s rapper, LL Cool J. The feud lasted four years, with Moe Dee believing LL didn’t pay enough respect to the old school. Kool Moe Dee’s other claim to fame was winning a Grammy for the song Back on the Block, a collaboration with Quincy Jones, Melle Mel, Big Daddy Kane, and Ice-T. 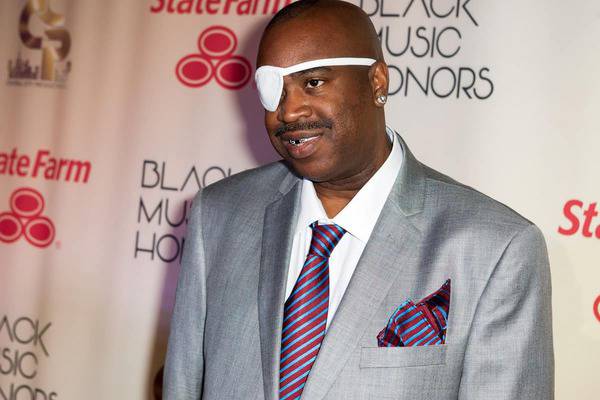 English-American rapper Slick Rick brought something different to the table with his hybrid accent and vivid storytelling. First finding fame as part of Doug E. Fresh & the Get Fresh Crew with La Di Da Di (one of the most sampled songs in hip hop history), it was his debut solo album that turned him into a star. The Great Adventures of Slick Rick featured 12 tracks of classic New York rap, with the single Children’s Story peaking at #2 on the US Billboard Hot Rap Singles chart.

Widely regarded as one of the great 80s hip hop albums, much was expected of Slick Rick moving forward. But his stay in the spotlight was short-lived after he was charged with two counts of attempted murder and various other offenses. He spent five years behind bars. Although he resumed his career after he got out, never achieved the same type of success as he did in the 80s. 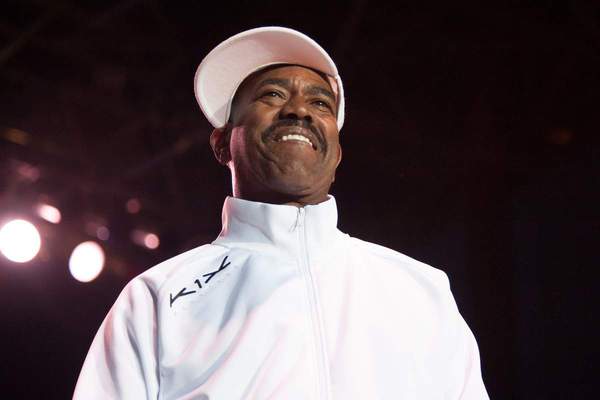 Hailed as the first commercially successful rapper who also signed with a major label, Kurtis Blow is a true hip hop legend. He released eight albums from 1980-1988 and had the first certified gold record rap song with The Breaks. He went into production and became a well known public speaker, often discussing racism and the persecution of young black lives. Blow was also ordained as a minister.

While he has continued to release music sporadically over the past 30 years, his biggest contribution to hip hop was during the 80s when he was one of the most successful artists of that era. 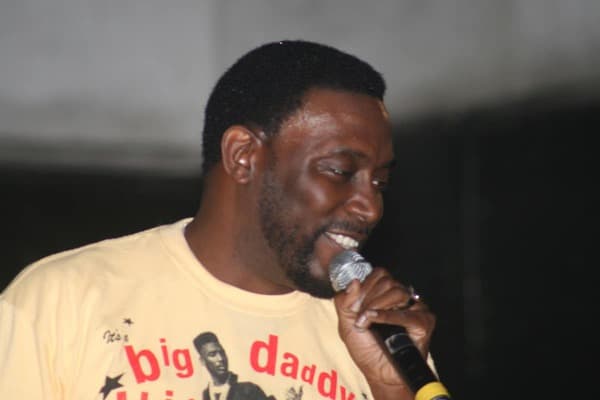 Beginning his career with the Juice Crew, few rappers are as highly regarded as Big Daddy Kane. An inspiration for many up-and-comers in the scene, the New Yorker helped popularize the style of fast rapping. As well as his rapping, Big Daddy Kane was a style icon who inspired a variety of hip hop trends, such as high-top fades hairstyles and velour suits. 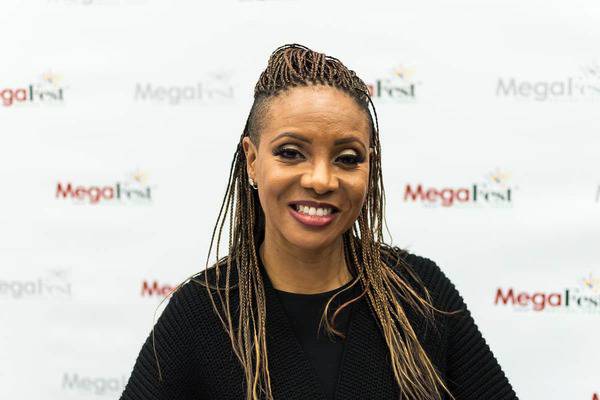 It wasn’t just the dudes getting it done. The 80s gifted rap fans plenty of top-notch female rappers, such as the well-respected MC Lyte. The first female rapper to release an album, 1988s critically acclaimed Lyte as a Rock, Lyte paved the way for other female MCs. While her raps were often fun, she was never shy to take aim at the rampant sexism in rap, waxing lyrical about her experiences in the male-dominated industry. MC Lyte has continued to release albums over the past three decades, along with appearing in movies and TV series, including the popular cartel drama Queen of the South. 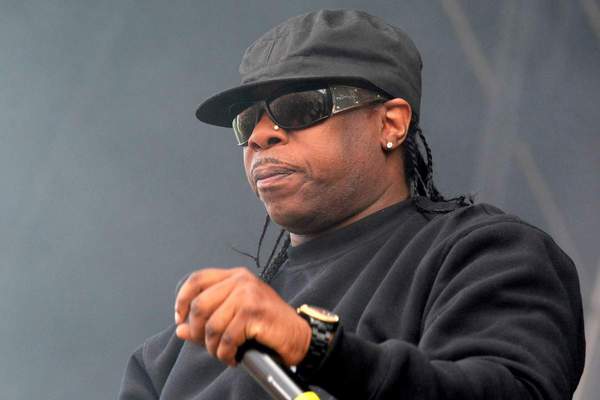 No matter what they do for the rest of their days, The Sugarhill Gang will also have a huge place in hip hop history. The trio’s 1979 song Rapper’s Delight was the first rap single to become a top 40 hit on the Billboard Hot 100. While they never got close to that success again, The Sugarhill Gang managed to have a wildly successful rap career, especially in Europe. Rapper’s Delight proved there was room for hip hop in the mainstream and was a big reason for the ascension of rap as a genre. 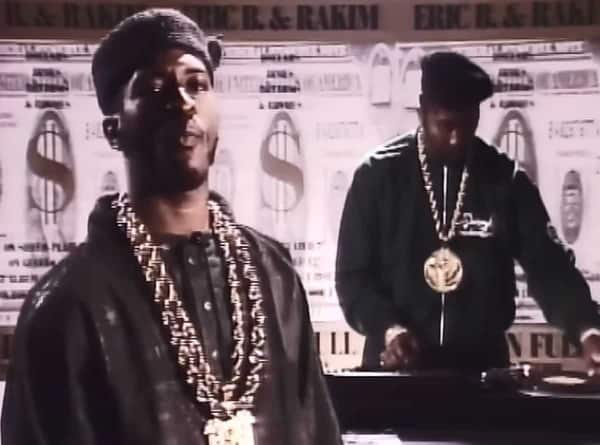 Paid in Full is considered one of, if not the, greatest album in hip hop history. The duo of Eric B and Rakim pioneered the use of internal rhymes in hip hop and ushered in a new wave of lyricism. They took raps to a whole other level and set the benchmark for intricate and mind-boggling rhymes that many rappers still can’t touch today. The album was also sample-heavy and helped make sampling a common occurrence for hip hop albums. While they went on to release three more albums before breaking up in 1992, Paid in Full remains the duo’s biggest gift to hip hop. 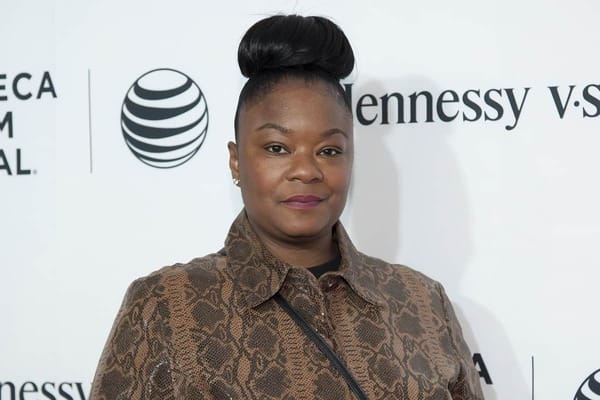 Another member of the successful Juice Crew, Roxanne Shante first started rapping at the age of nine. She was involved in the ‘Roxanne Wars’ where she released several diss tracks. Shante started to get a reputation for her witty rhymes and was soon touring America at the age of 14. She was involved in many rap battles with her peers and released a number of underground hits. But by the time she hit her 20s she was done with rap, officially hanging up the mic at 25.

While her career was short, her influence on female MCs continues today. Along with MC Lyte, Queen Latifah, and Salt-N-Pepa, Shante pushed female rappers to the forefront. 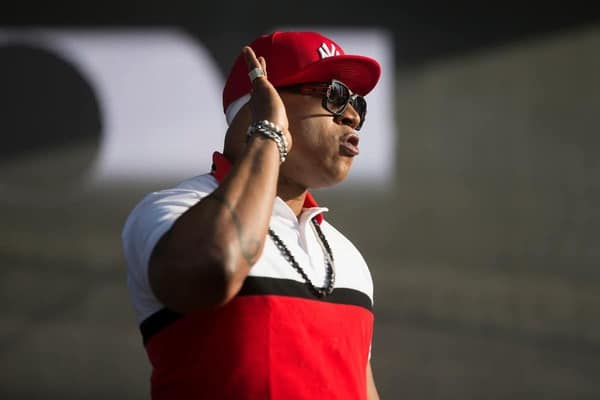 Ladies Love Cool James, or LL Cool J as he is more commonly known, was another 80s rapper to hit the big time during hip hop’s golden era. The two-time Grammy Award winner had a slew of hits during the late 80s and early 90s, such as Going Back to Cali, Mama Said Know You Out, Doin’ It, and Rock the Bells. Unlike many of his peers, LL wasn’t just straight out hip hop, with the rapper also releasing a string of hit R&B songs. He is also one of the few rap artists to make it as a successful actor. Along with films such as Deep Blue Sea and Any Given Sunday, LL is probably best known for his long-running role on NCIS: Los Angeles, a show he has starred in since 2009. 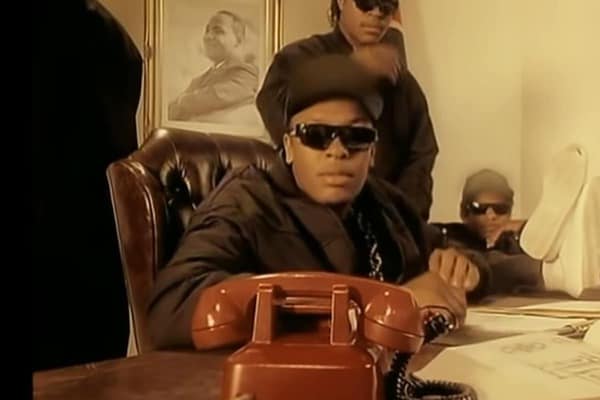 The blueprint for gangster rap. N.W.A. (Niggas Wit Attitudes) blazed a path for disenfranchised black men in America with their social and political raps about racism, drugs, sex, and the police. Originally comprising of Arabian Prince (who left before they hit it big), Dr Dre, Eazy-E, and Ice Cube, with DJ Yella and MC Ren joining later, no hip hop group has had as much impact as N.W.A.

Their explicit lyrics and disregard for authority made them MTV stars. Their 1988 debut, Straight Outta Compton, is a rap classic that catapulted them to mainstream success. But like many early hip hop acts, their time together was short. Ice Cube left after money disputes before Dr Dre soon followed. Despite only being around for four years, N.W.A. remains the definitive hip hop collective. 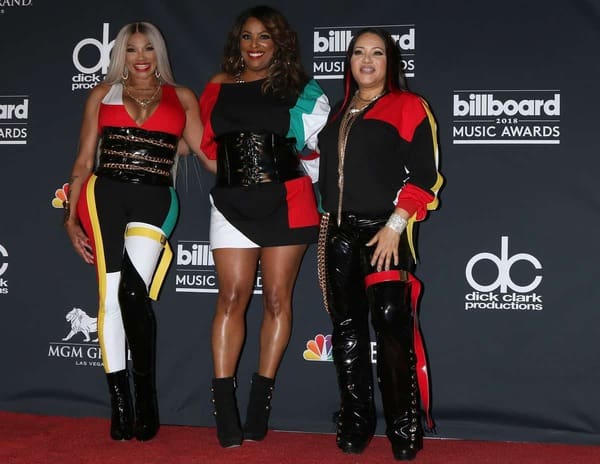 Salt-N-Pepa has sold over 15 million records worldwide, which is incredible for a group that only released five albums. Salt (Cheryl James), Pepa (Sandra Denton), and DJ Spinderella (Deidra Roper) became superstars with the sexually explicit 1987 single Push It. Known as ‘The First Ladies of Rap and Hip Hop,’ the trio dominated the charts during the late 80s and early 90s, even going on to win a Grammy for Best Rap Performance by a Duo or Group with the single None of Your Business. 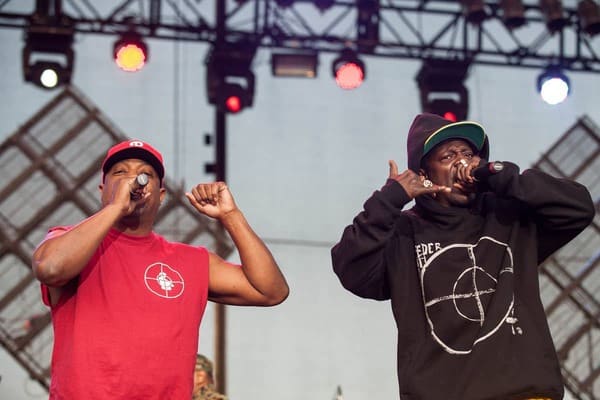 This was political rap at its most polarizing. Public Enemy, led by poet Chuck D and hypeman Flavor Flav, hit the 80s like a bomb. Tackling everything from racism to American politics, Public Enemy was like nothing that had come before. There was a savagery to Chuck D’s lyrics that hit hard, while Flavor Flav’s clowning helped provide levity, although he could get heavy when needed. One of the most consistent rap groups, Public Enemy continues to release albums today, with 2020s What You Gonna Do When the Grid Goes Down? addressing many of the current issues faced by Americans. 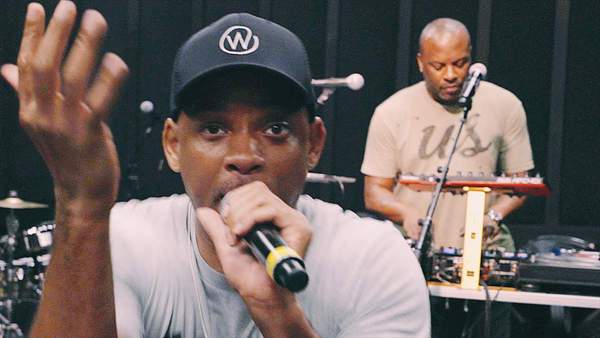 Long before he became a walking meme, Will Smith was one-half of the most popular hip hop duos with DJ Jazzy Jeff. Unlike many of their peers, Dj Jazzy Jeff & the Fresh Prince made positive rap music that crossed over into the mainstream. Songs such as Parents Just Don’t Understand and Summertime became 80s anthems. While the two never officially broke up, Smith would go on to have success as a solo artist while also making it big in the movies. Jeff has continued to release music and is a well respected DJ on the hip hop scene. 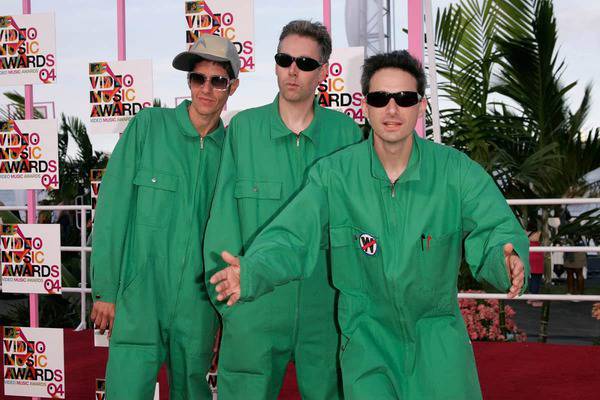 Who would have thought three white kids from New York would go on to be one of the biggest hip hop acts of all time? Comprising Michael “Mike D” Diamond, Adam “MCA” Yauch, and Adam “Ad-Rock” Horovitz, the Bestie Boys started life as a punk band before transitioning to rap. Their debut album, Licensed to Ill, was the first hip hop album to top the Billboard album charts. The frat-boy behavior got the trio famous but it was the passion shown for rap and unmatched lyricism that got the Beastie Boys respected. They continued to record and tour sporadically during the 90s and 00s before the death of Adam Yauch brought about the end of the trio.